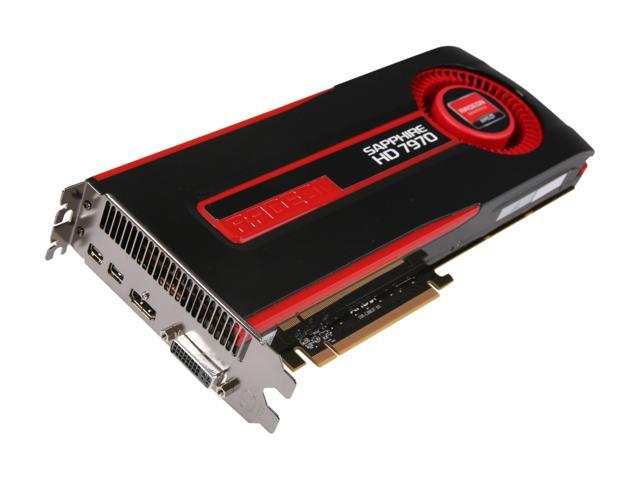 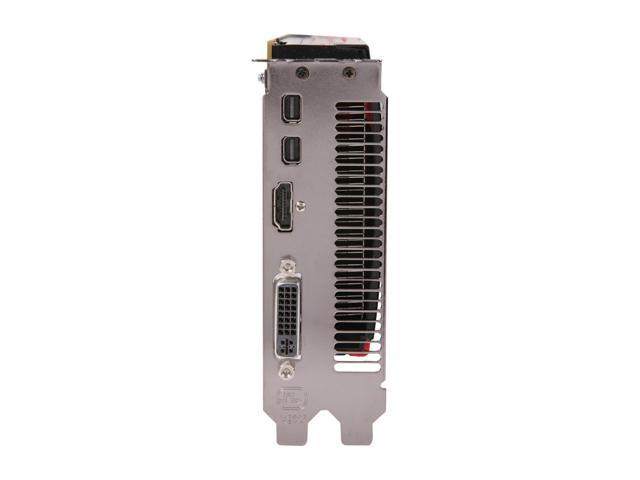 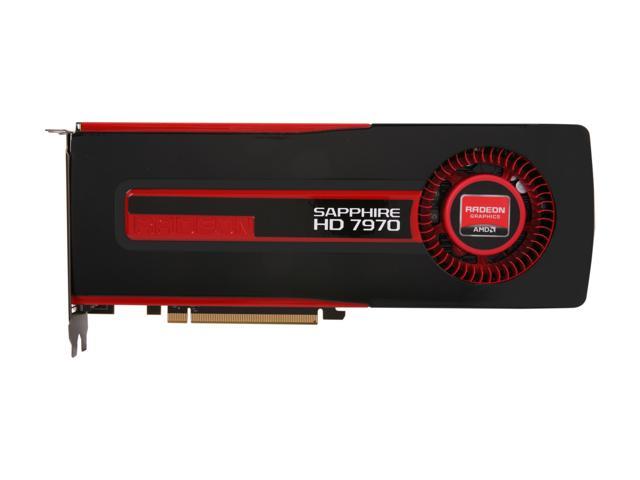 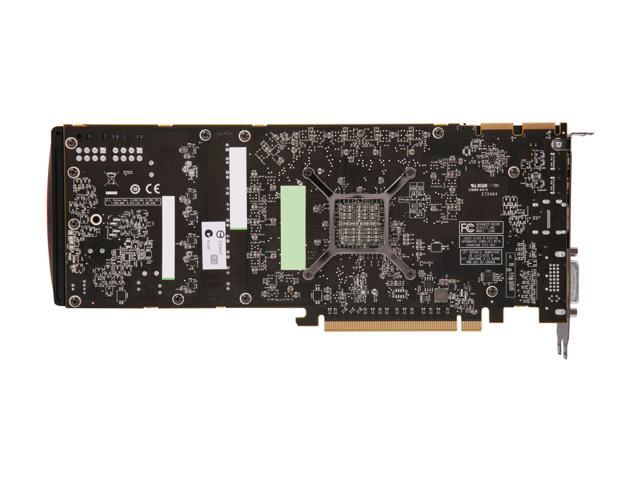 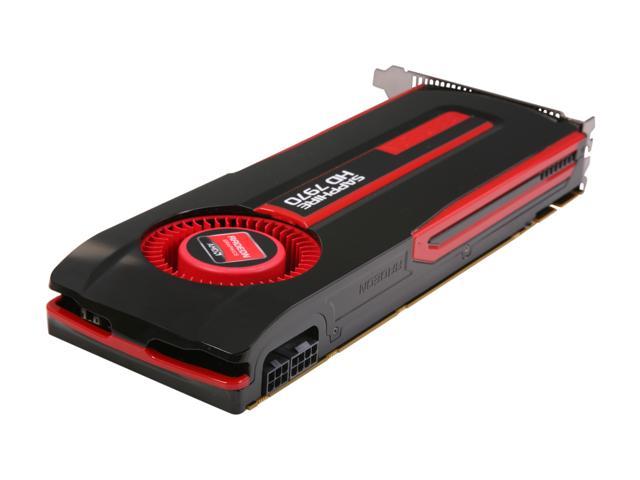 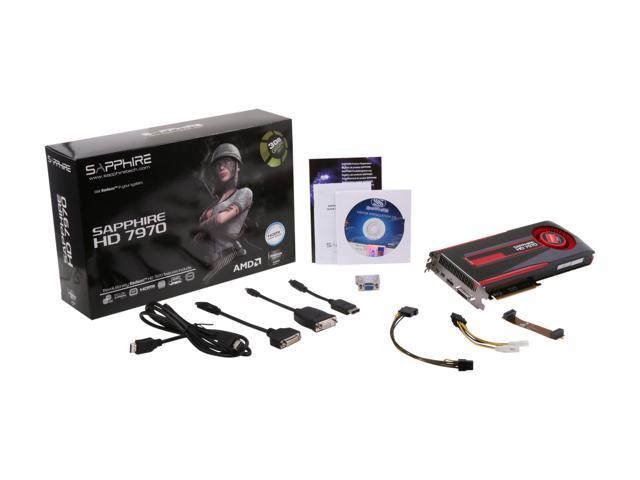 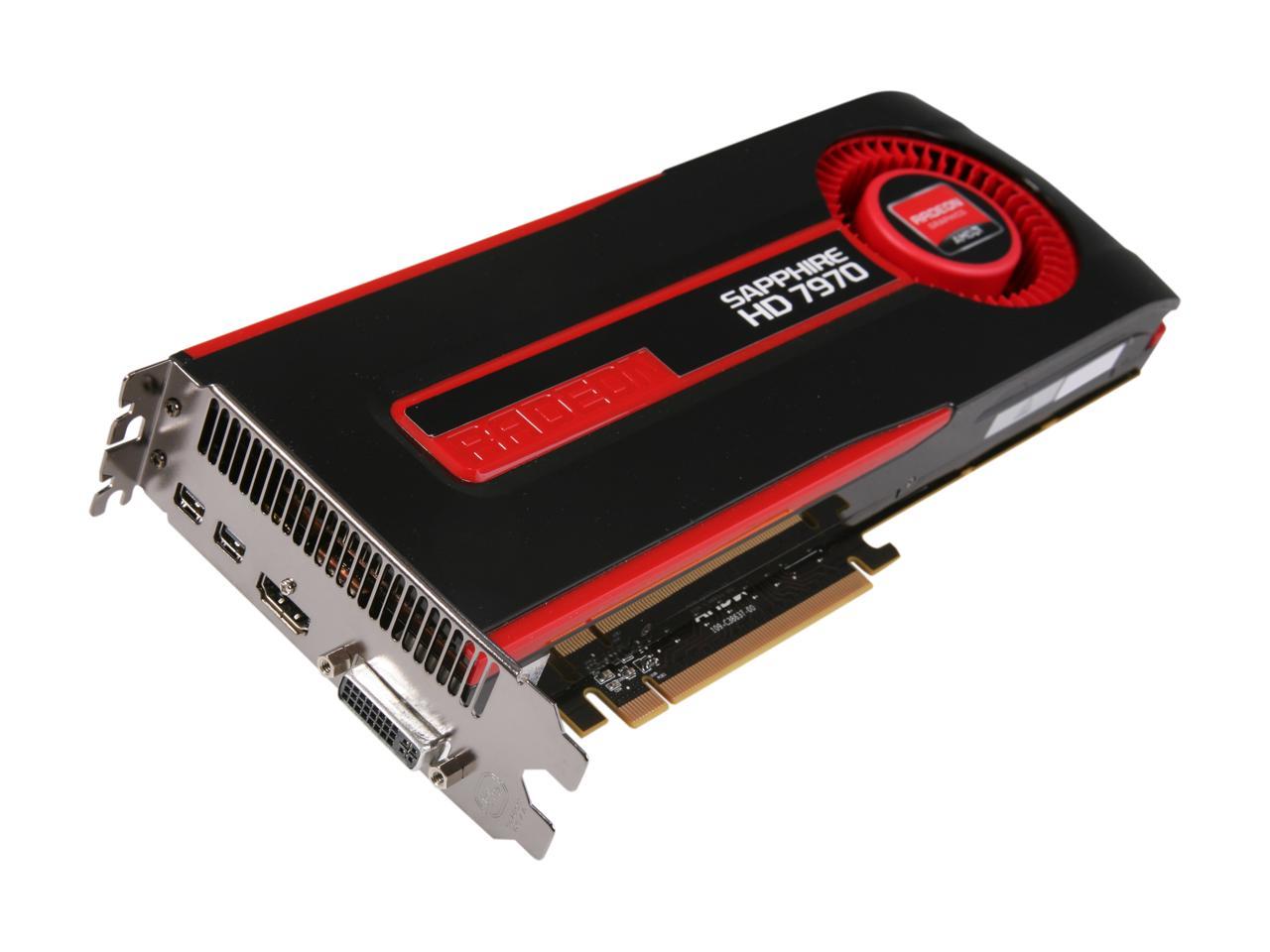 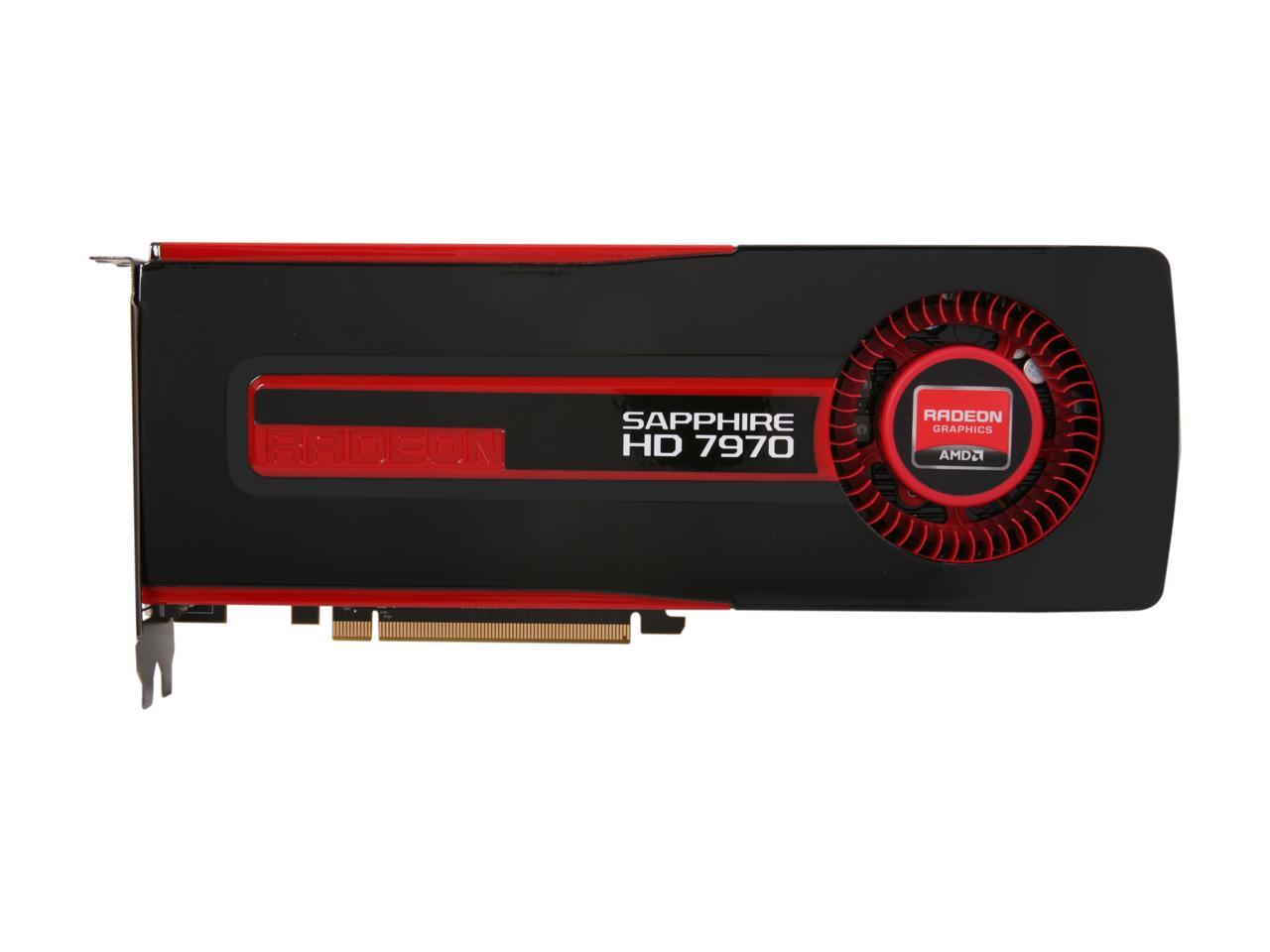 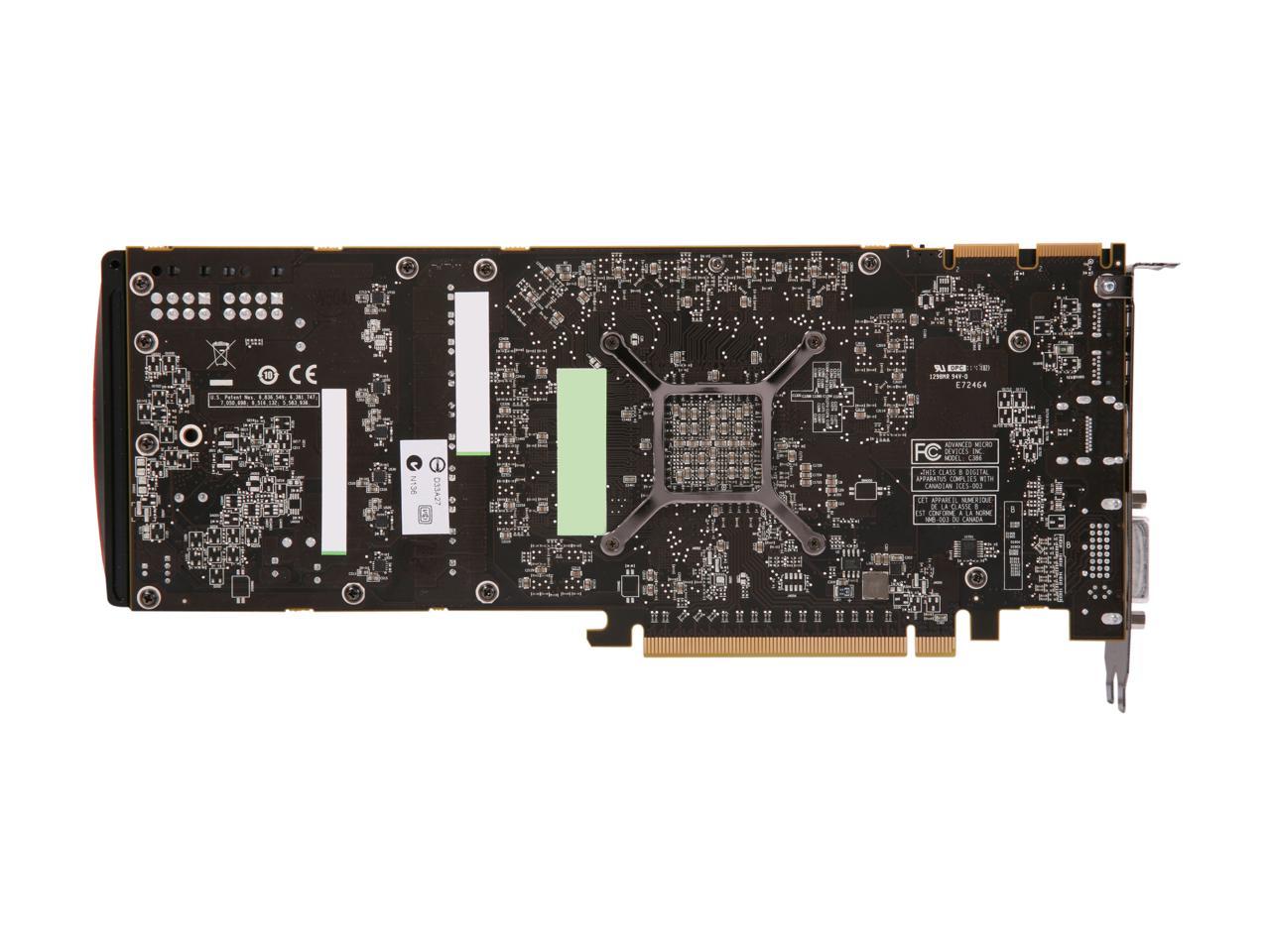 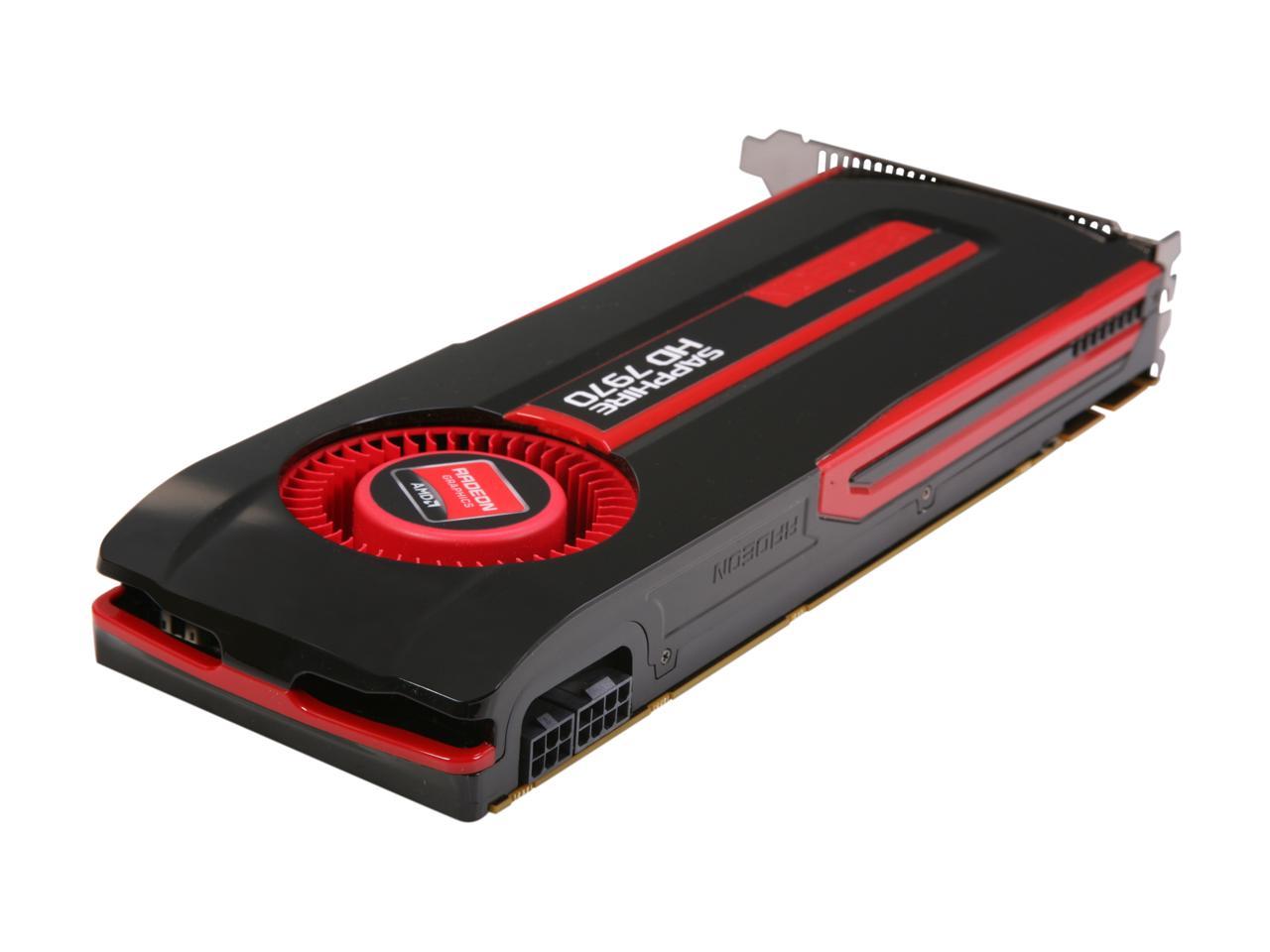 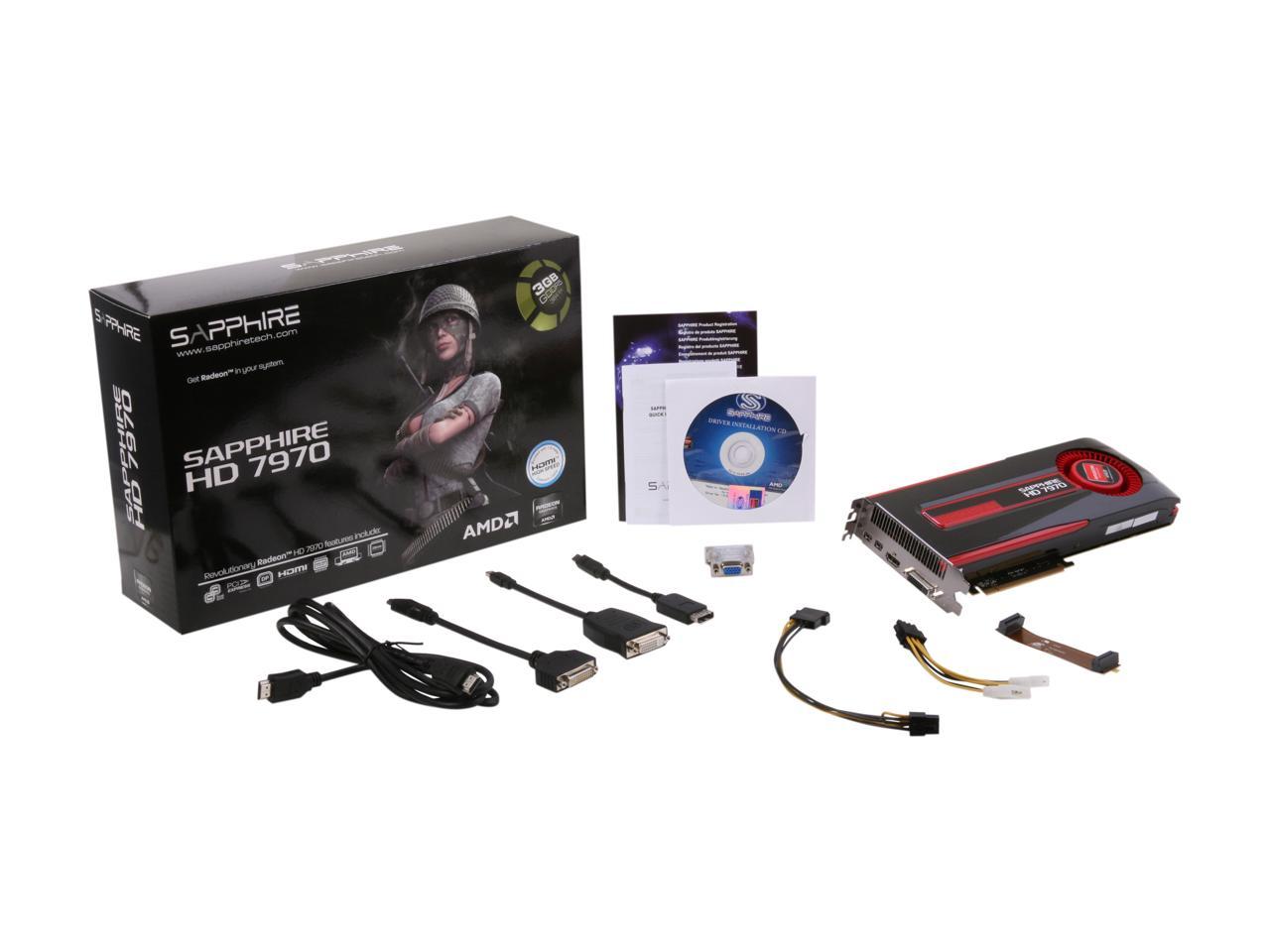 The SAPPHIRE HD 7970 is the first graphics card in the world to incorporate the latest generation of GPU’s from AMD built on a new 28nm process and featuring the revolutionary new GCN (Graphic Core Next) architecture. The HD 7970 is the most powerful single chip GPU ever built with native support for PCI Express 3.0 and Microsoft DirectX 11.1. It has a new internal structure with 32 compute units and a total of 2048 Stream processors. It ships with a core clock speed of 925MHz, and a new 384-bit high speed memory interface with over 264GB/sec memory bandwidth connects to a large 3GB array of the latest DDR5 memory. Get higher clocks and faster gaming with AMD PowerTune technology while keeping idle power consumption to a minimum with AMD ZeroCore Power technology. A new version of the SAPPHIRE overclocking tool, TriXX is also available for enthusiasts wishing to maximize performance.