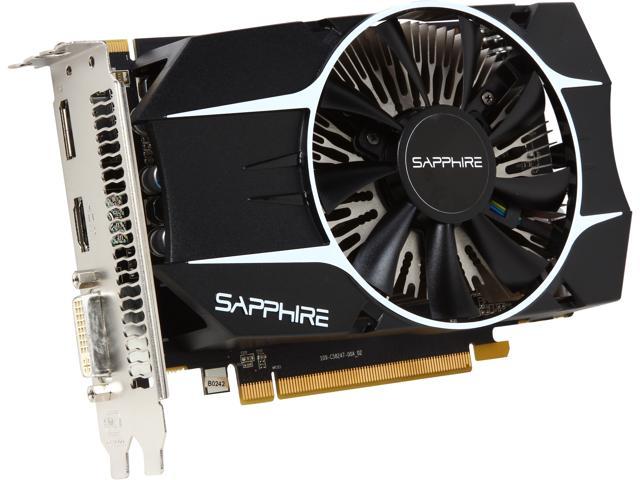 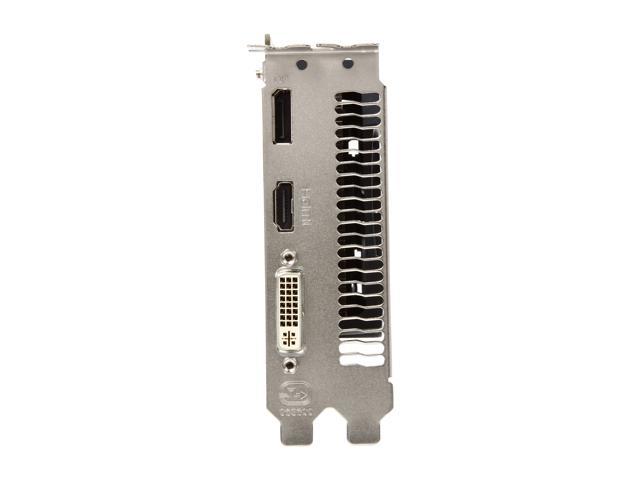 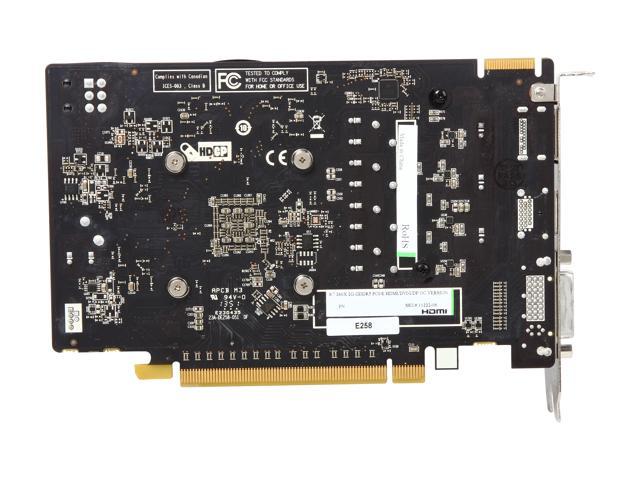 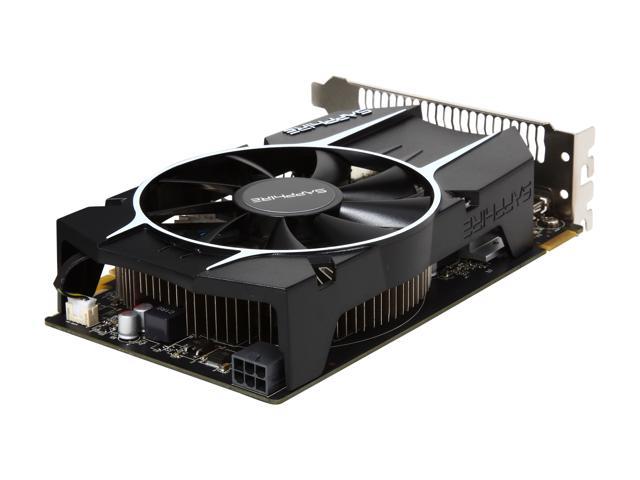 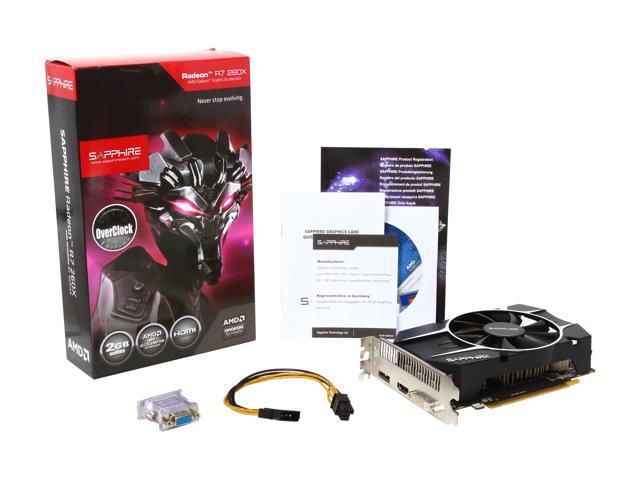 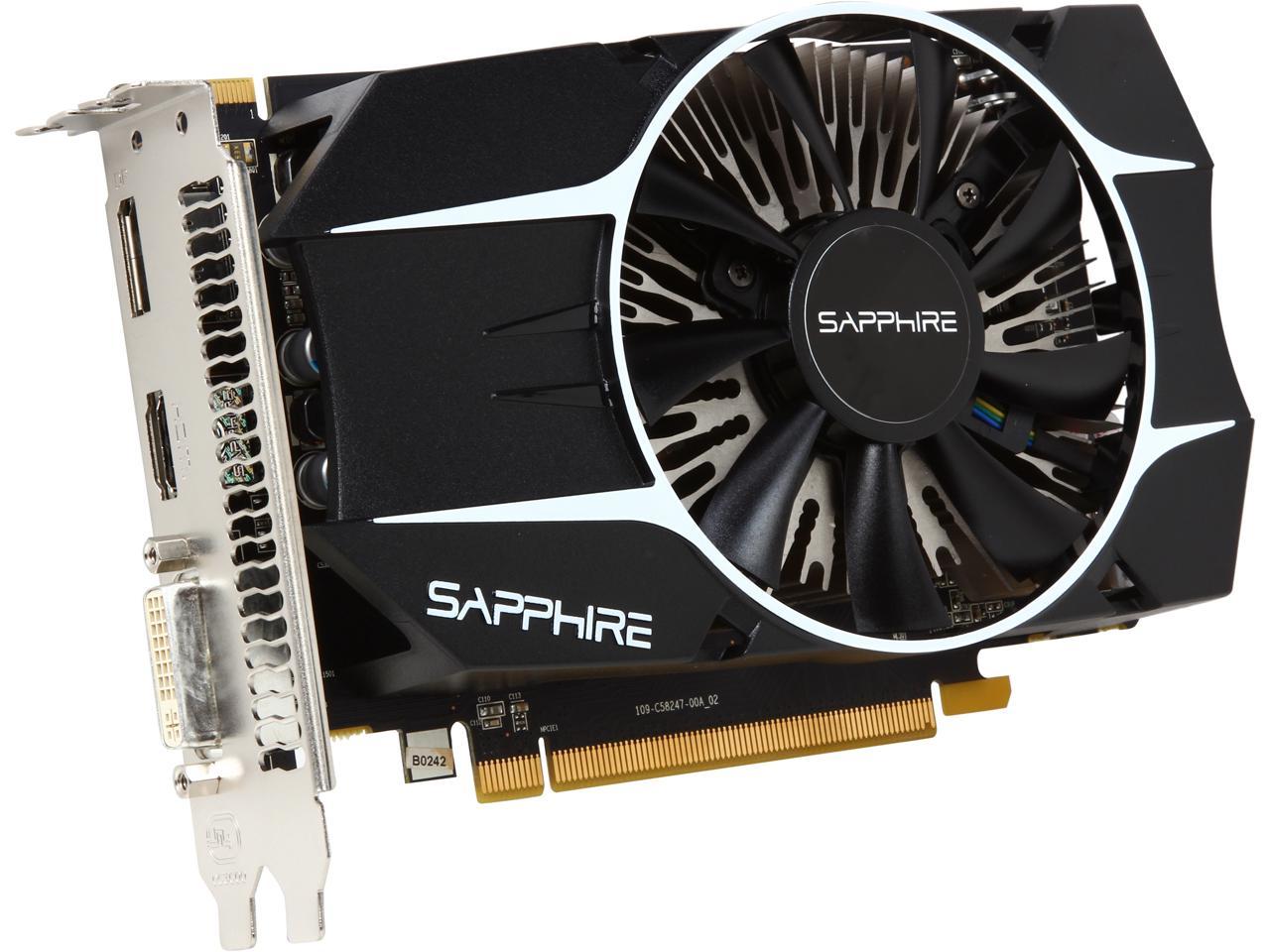 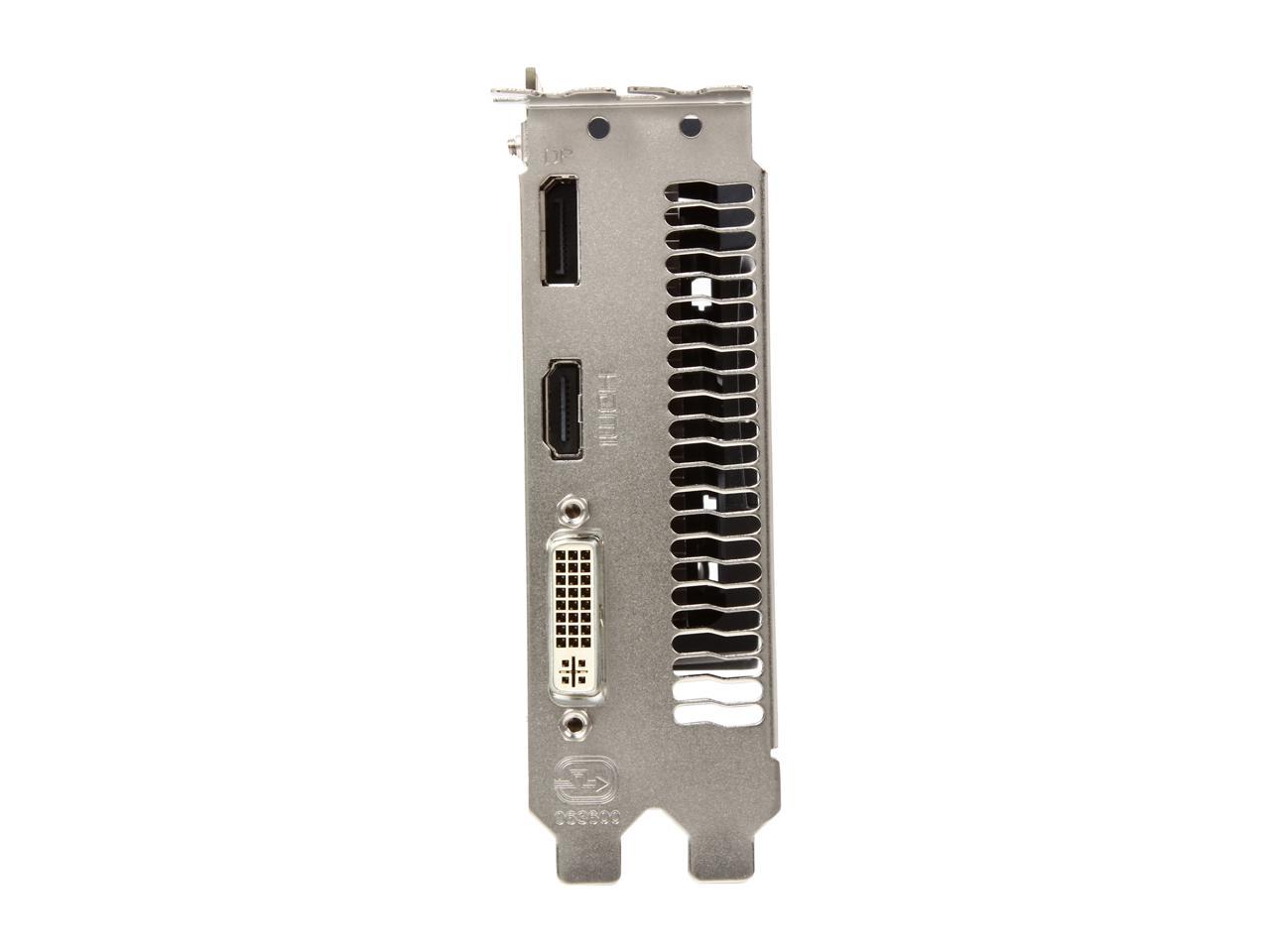 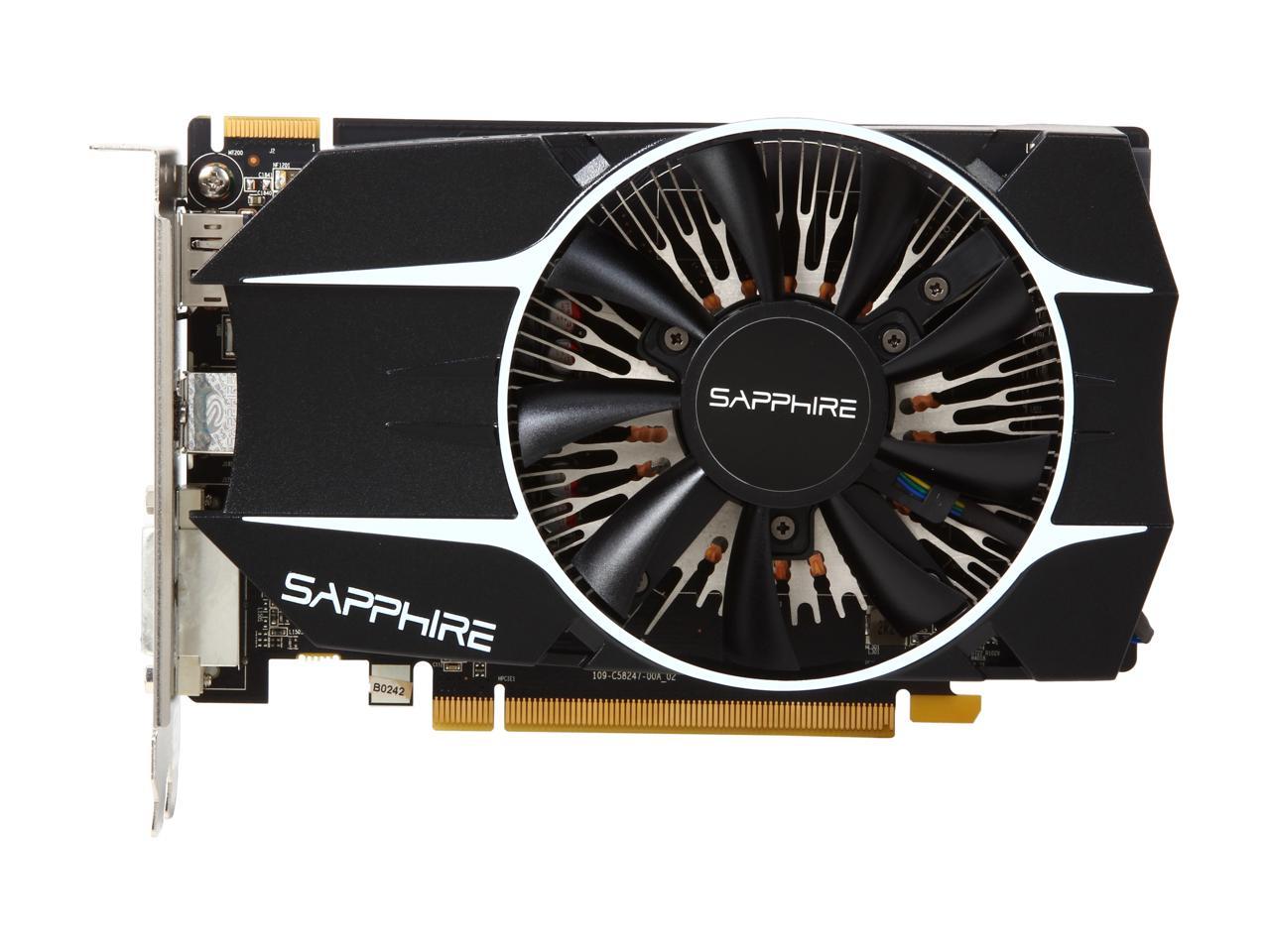 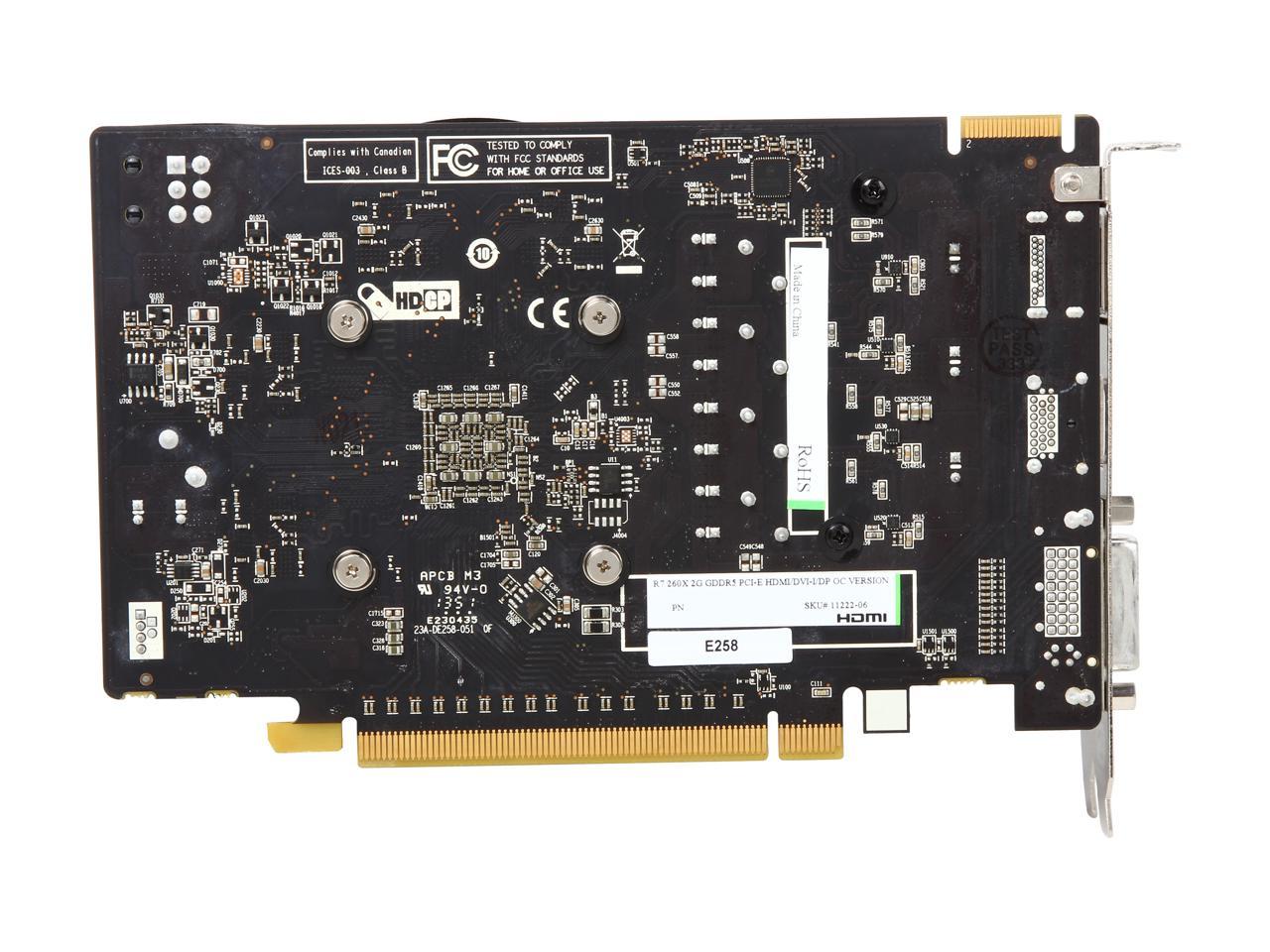 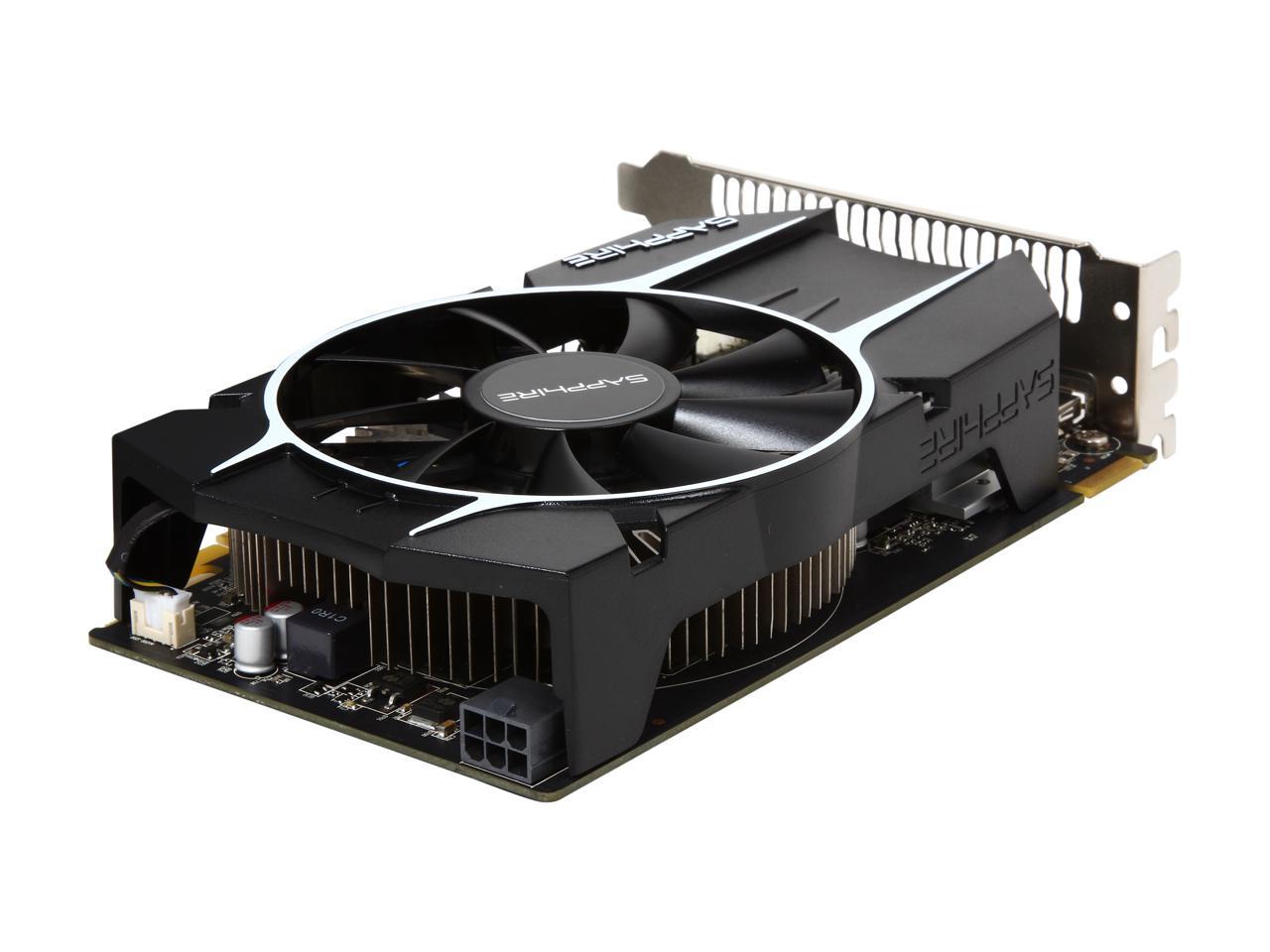 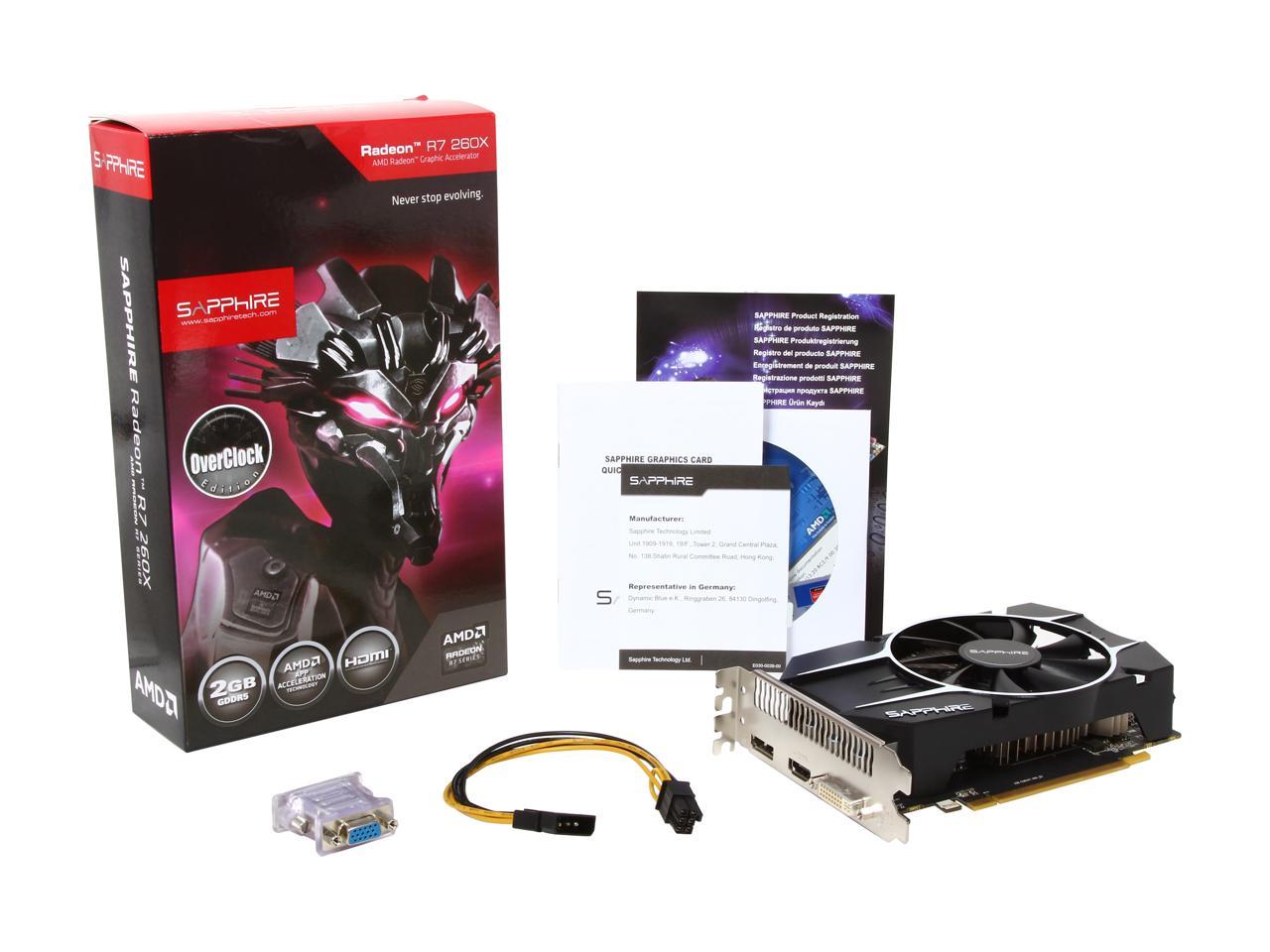 (105) Write a Review
OUT OF STOCK.
LOADING...
Overview
Specs
Reviews

The SAPPHIRE 100366-2L Radeon R7 260X is powered by AMD Radeon R7 260X, the latest AMD GPU designed to take your gaming to the next level. Based on AMD generation GCN architecture and boasting support for DirectX 11.2, the Radeon R7 260X is built to play the very latest games with perfectly smooth action, even at higher resolutions. New AMD Eyefinity Technology allows you to build three-monitor environment through just two DVI and one HDMI ports, without connecting DisplayPort which is required in HD 7000 series. AMD TrueAudio Technology brings your game to life by adding more realistic environmental dynamics, sound effects, and directional audio. A rich set of AMD innovative technologies are included, such as App Acceleration, AMD PowerTune, AMD ZeroCore, and AMD HD3D technology. With these technology advancements, you'll get more than one way to elevate your gaming experience.

Cons: Had a funny note on Newegg about needing 500 watt PSU... Did the calculations online with my setup and it said I was safe with a min of 335 watts. I played BF4 for 4 hours straight and never got a shutdown or anything to hint that my 430 watt corsair green psu wasn't going to cut it but it had me nervous I was going to need another 40-50$ on a new PSU

Overall Review: I have a dedicated HTPC in my living room running a first gen A8-3850 and 8 gigs of ram that I wanted to pickup some new games for and play occasionally. I simply do not have the time to dedicate to gaming like I used to so spending 200$ or more on a card could not be justified as I know I will grab a PS4 when they drop in price 6 months to a year from now. Originally spend a lot of time looking at 650ti, 660, and finally the new 750ti. Then I saw the benchmarks which put it only 4-5 frames above this card. With a final price of 110 it put the 260x, 30 to 40 dollars cheaper than the rest... not to mention Thief and Hitman for free which is about a 50 dollar value. Will I ever see the same stunning visuals as the guy who put 500 into their card? No but I can essentially grab an Xbox One level console for 100 dollars so how can I complain. Current games run at 1080p on Medium to High settings with 40-60 fps, I have read people are doing Ultra but I get a feeling you could count the frames if you went that way with this card. All in all I think at this price point of 110-130 these cards are unmatched with the free game bundle if those titles matter to you. Otherwise grab the 750ti or spend a little more for a 660. For the occasional gamer like myself this is the best way to go.

Pros: I took a chance after reading the other review and am I glad I did. This card ROCKS, I can now play Battlefield 4 with every setting on ultra and that's all I cared about. Looking forward to seeing how DayZ runs. I couldn't beat the price $119.99 after rebate for a R7 260x 2GB card. Yes it's not the fastest card out there but I'm happy.

Cons: Waited so long to upgrade.

Pros: It beats the socks off the 8800GT it's replacing, but it's no world beater. I can play most new titles at pretty good settings (mostly high) even with the limits of my aging Phenom X4 9750. It runs cool and quiet at idle and has only been as high as 73C and not terribly loud on the fan under load. Also, Mantle is really good for games that support it--15-20% difference in fps.

Cons: Price per FPS, you can do better. If you can save up and get something in the $200 range, you'll get much better value. That said, at the price range of this card, it's hard to beat this little card.

Pros: For the price that you're paying, this is one surprising card. it can run some more demanding games at 60+fps (battlefield 3, ultra; Star Citizen on high), thinking about buying a second down the road for crossfire to really amp up the performance.

Cons: not really a con since it's not the card at fault, but any resolution above or below recommended gives a black screen border (only because I have a TV as a monitor and not a pc monitor yet also does not make me breakfast

Pros: The card does what it needs to do. I can max out any lower end game (Counter Strike: Global Offensive, Minecraft, Smite) without ever going under 60 and rarely under 100. The card goes to a high temperature of 75 degrees Celsius when the fan spins less than 50% at full load. The card has been doing what I wanted it to do.

Cons: I had problems during installation. My computer slowed down a bit but that was probably because of a lack of drivers. My audio was not working and I couldn't do anything to fix it. I ended up getting a new sound card. However, I would still recommend this in a custom build.

Overall Review: I wouldn't encourage someone to take their old PC and put this card in it since it may mess your on board audio. Your BIOS may not be able to fix it either. If you're doing a custom build, this is an amazing budget graphics card.

Pros: The graphics card has a deicent amount of power especially for a budget card This card by far out preforms the nvidia gtx 750 especially if it is overclocked. It is cheap at around 110 dollars It has a display port

Cons: needs external power from the power supply (6 pin lead) runs warm especially if overclocked It has display port but cant run any games at 4k so you are better off using HDMI A little on the bulky side

Overall Review: I think for the money this card is worth spending the extra $30 instead of buying something like the 250. Make sure if you buy this card to at least have 3 fans or keep one of your bay doors open. I would recommend this card to anyone learning how to build a pc

Cons: Could be an R9 lol, but none really.