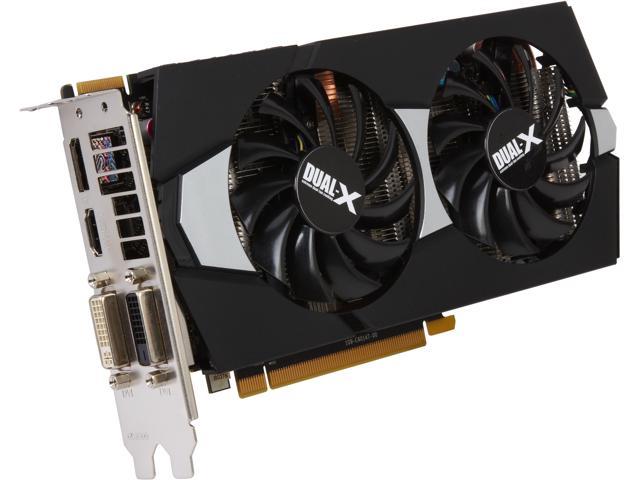 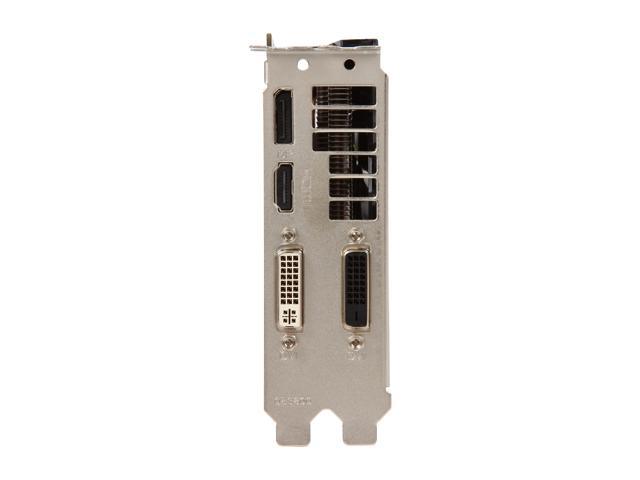 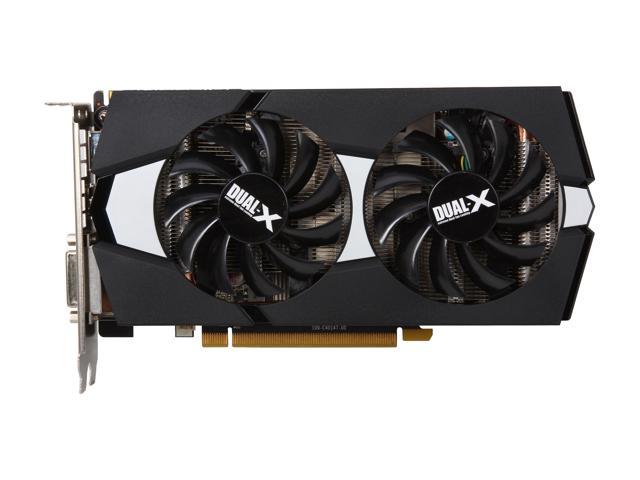 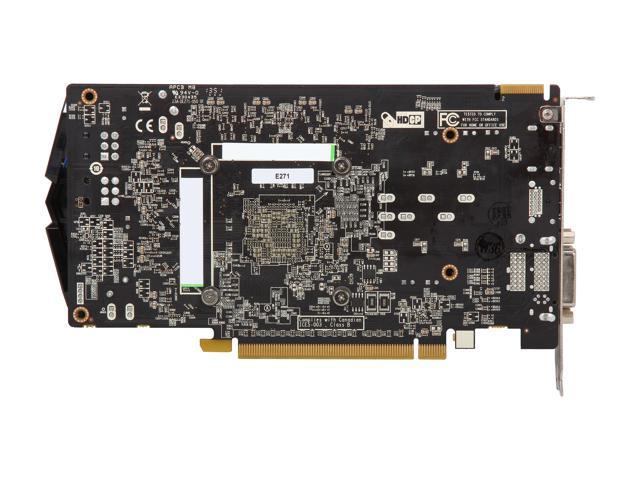 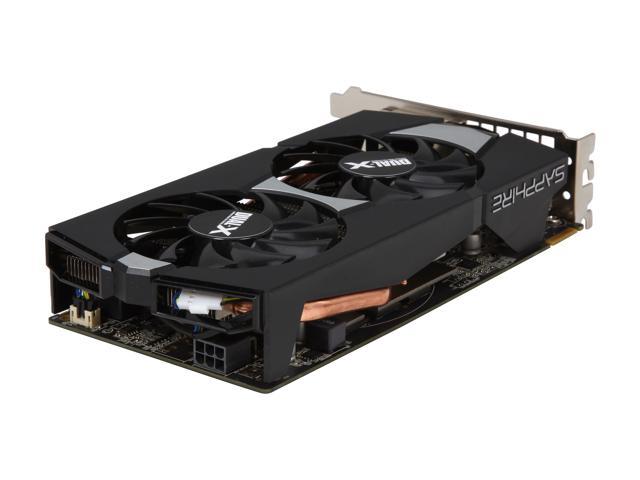 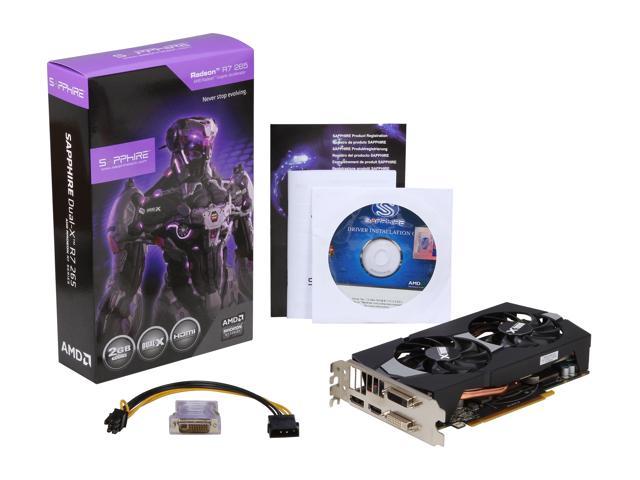 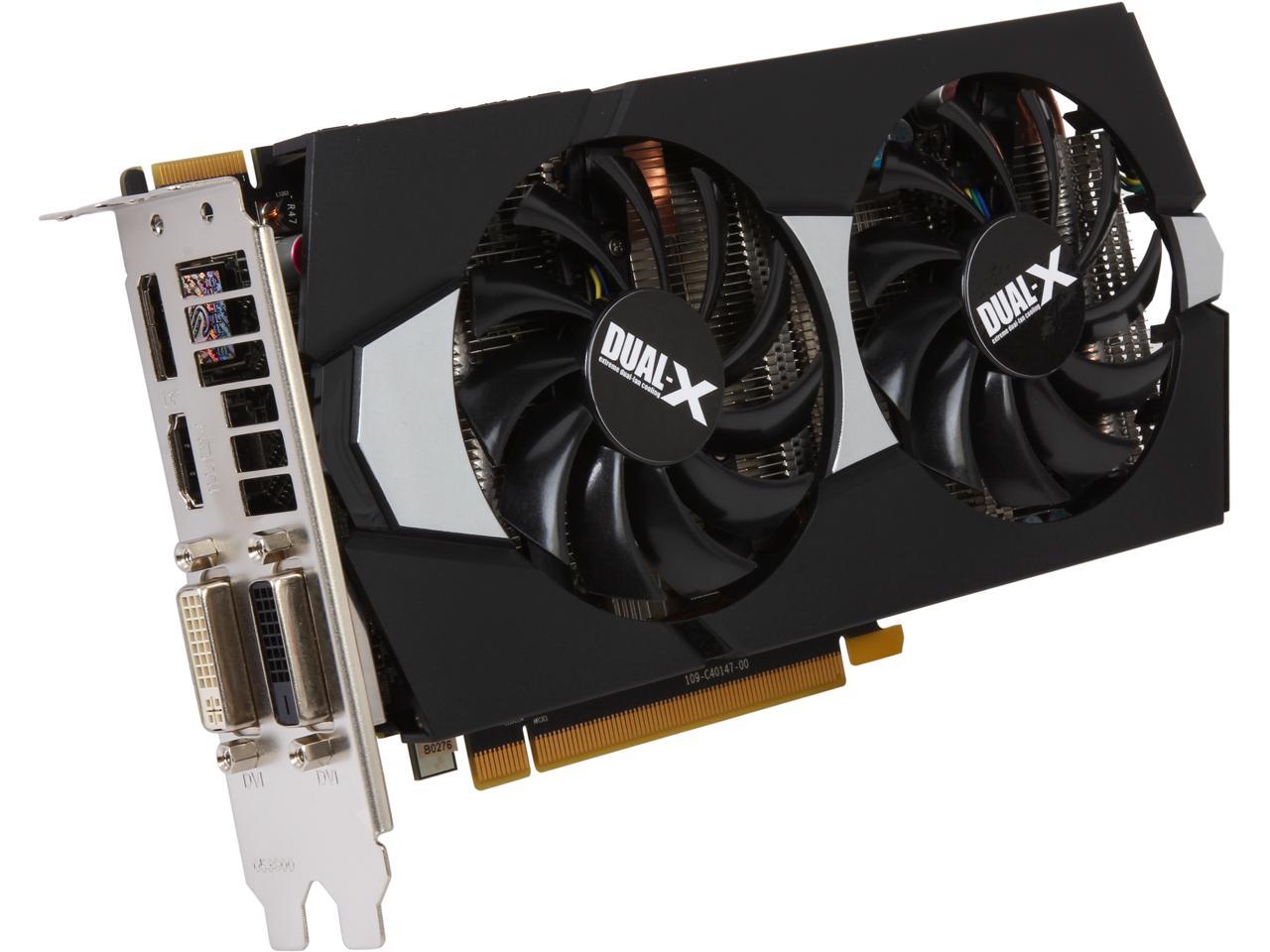 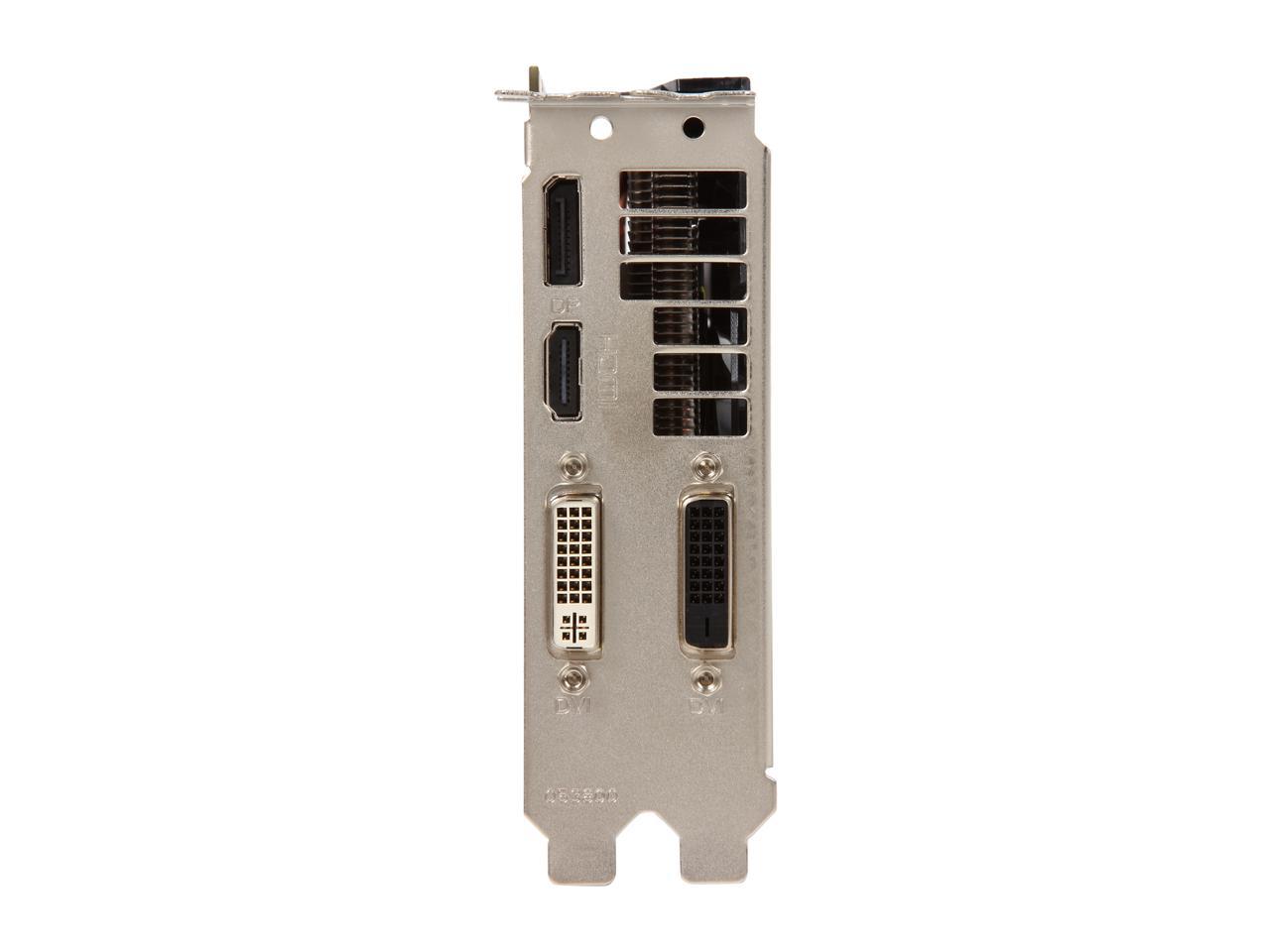 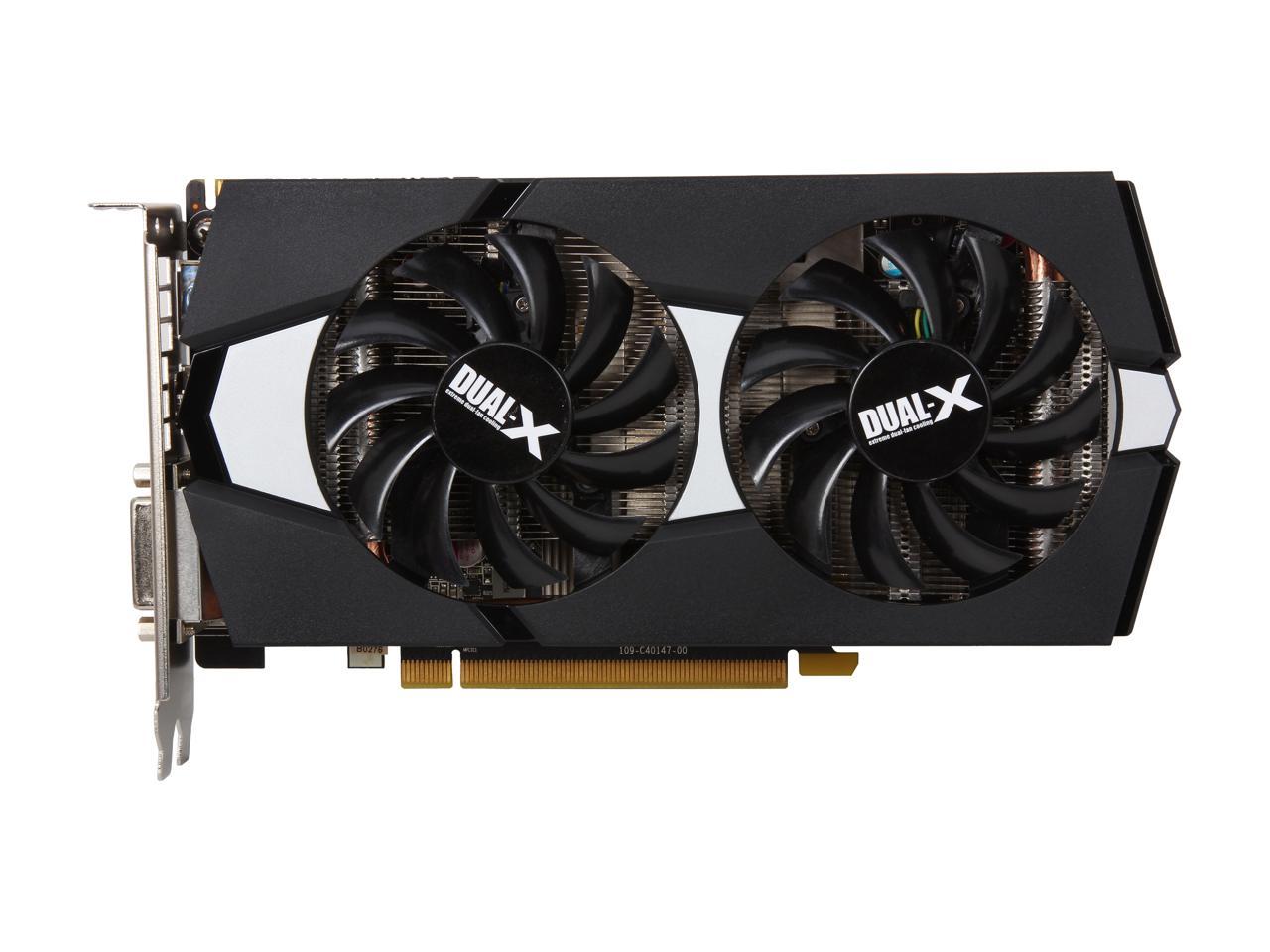 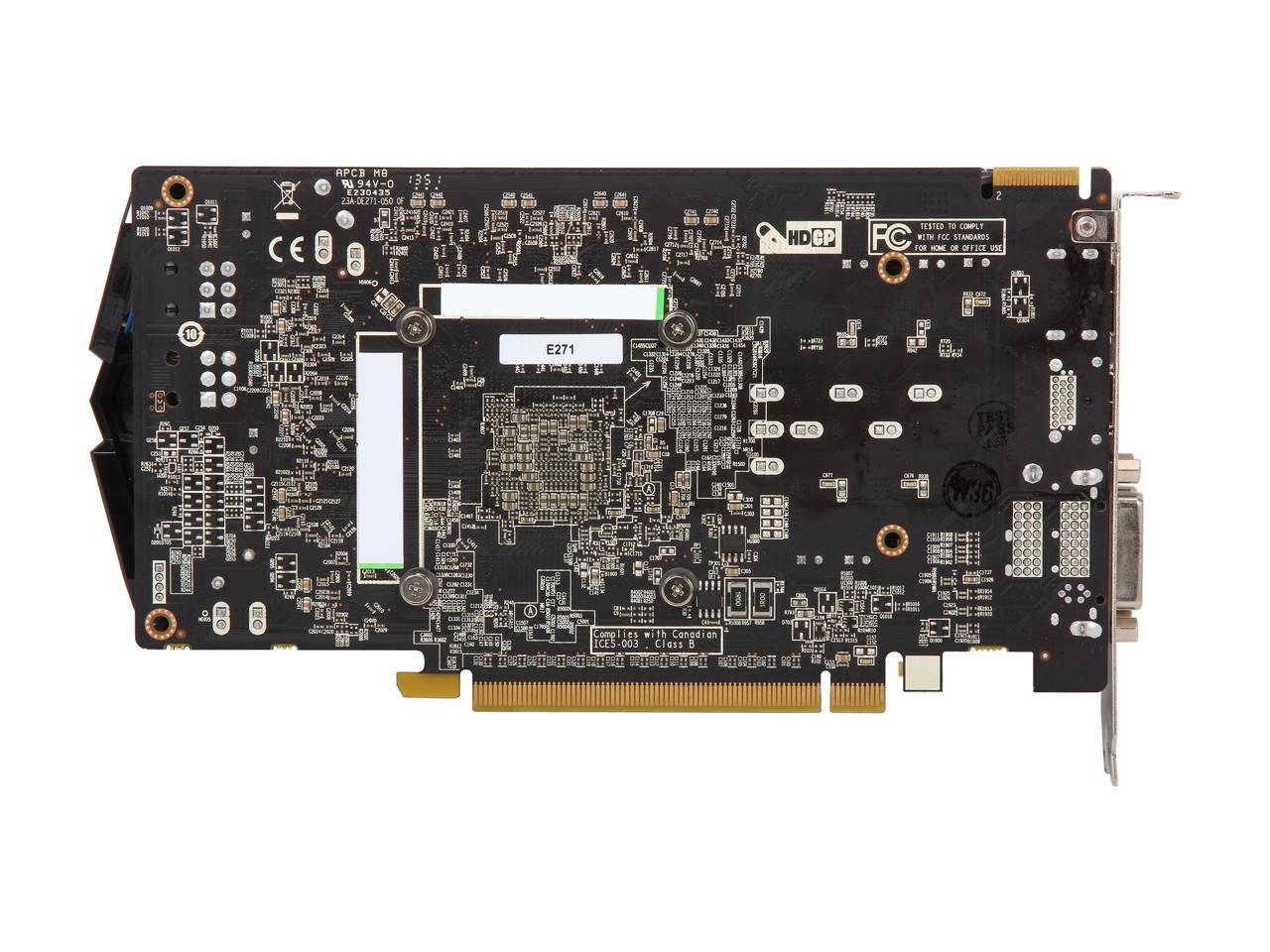 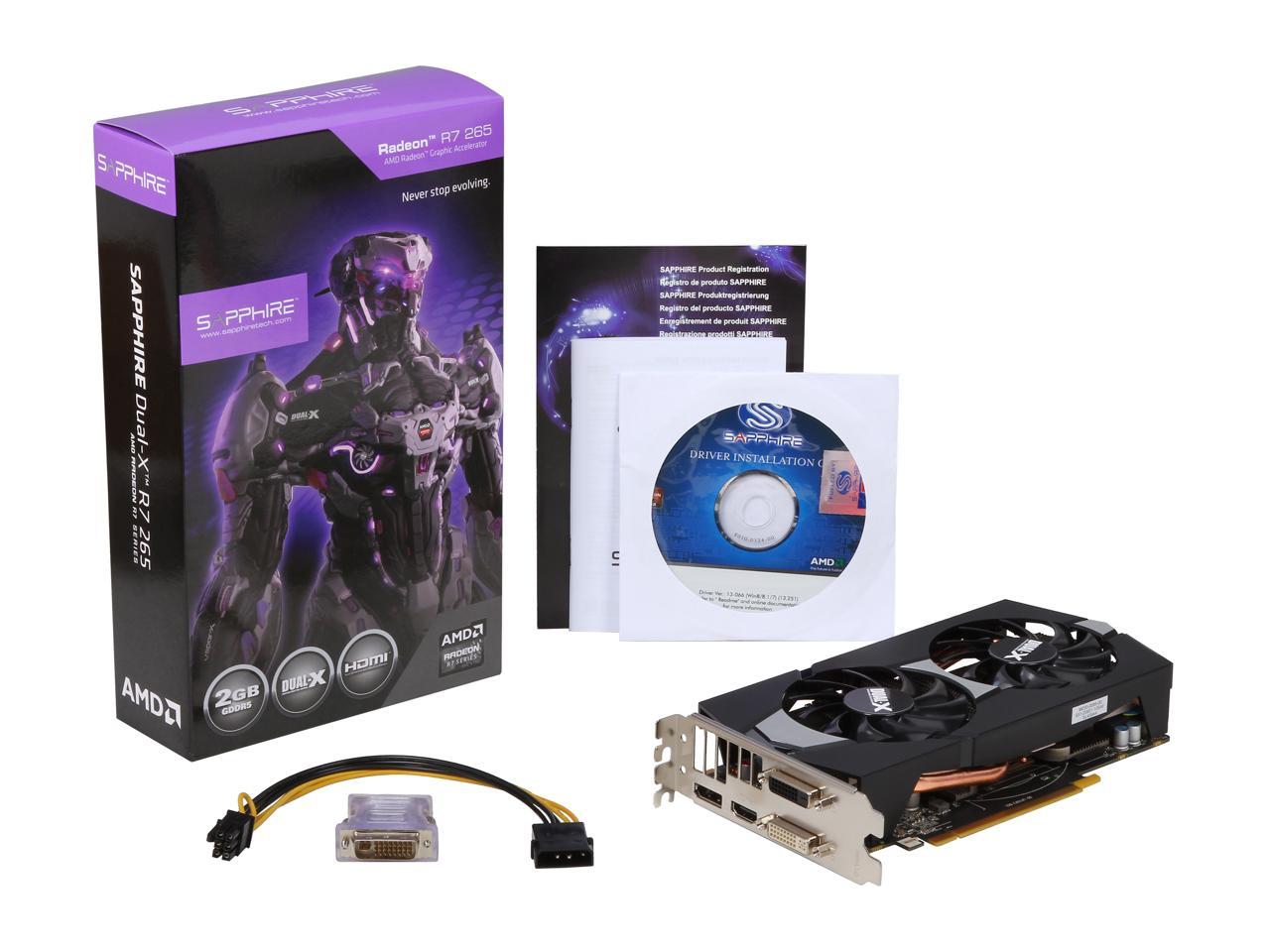 The SAPPHIRE DUAL-X 100370L is powered by an AMD Radeon R7 265, the latest AMD GPU designed to take your gaming to the next level. Based on AMD generation GCN architecture and boasting support for DirectX 11.2, the Radeon R7 265 is built to play the very latest games with perfectly smooth action even at higher resolutions. New AMD Eyefinity Technology allows you to build a three-monitor environment through just two DVI and one HDMI ports, without connecting DisplayPort which is required in the HD 7000 series. AMD PowerTune technology redefines the nature of performance, giving you the performance you need when you need it. A rich set of AMD innovative technologies is included, such as App Acceleration, AMD ZeroCore, and AMD HD3D technology. With these technology advancements, you'll get more than one way to elevate your gaming experience.

Pros: Upgraded to this card from a Sapphire Radeon HD 7770 GHz Edition. I figured the performance increase would be minimal but boy was i wrong. I went from playing Titanfall on med some high settings to max across the board! This card wipes the floor with Nvidia's new 750ti just check the online vs test. In the $150 range is the best performance per dollar you can get!

Cons: It's rarely in stock you have more of a chance of finding a Dinosaur fossil right now.

Overall Review: Runs fast, cool, and only needs one 6 pin connector. BUY IT!

Pros: Smooth,cool and reliable and not a bad price.

Overall Review: Runs much cooler than my old Sapphire HD4850.It was a nice upgrade.

Pros: Great bang for the buck when it comes to gaming. It's a very quiet card. This card can be crossfired which is a good option. Window 7 score of 7.9.

Cons: Not as energy efficient as the newer Nvidia chips which are a better pick for mining. Only a 2 year warranty.

Overall Review: Upgraded from my trusty 8800GT which was the best bang for the buck back then. The R7 265 is a shorter card, but takes up two slots. Takes about the same amount of power and is around 2-3x faster depending on the game. Now I have support for DirectX 11.1 on Windows 7 and 11.2 when I finally bite the Windows 8 or 9 bullet.

Pros: I got really lucky and happened to catch this card in stock in the second round of availability. I got this to put in my first build and it's working great. I can run AC4 on max settings flawlessly, DayZ SA looks good, BF 3 looks incredible (didn't get BF 4 on PC yet so can't comment there). If you can catch this card in stock: BUY IT. It's a shame that people would sentence these cards to mining when they are excellent for gaming on a budget.

Cons: It might just be my set-up, but it's a bit loud.

Overall Review: I'm running Windows 8.1 64 bit and have had no problems at all. 8 GB RAM AMD Quad Core 3.8 Ghz Processor My MoBo only has PCIe 2.0 and this card works great.

Cons: Bigger than I'm used to.

Pros: I cant stress this card yet. I know i haven't sought out games explicitly to do this but what i had on hand cant make it break a sweat. Skyrim got around 8 Gigs of HD textures stuffed into the game and it loves it. Plays for hours with no issue. Sleeping Dogs, and Just cause two look great with visual mods as well and neither one make it work.

Cons: Since this card is made from Unicorn tears, i fear we will deplete our stock of unicorn tears and the economy will go crazy.

Cons: Sapphire fans and as other people said thermal paste is trashy. The fans also locked up after 6 months of use

Overall Review: This is my 2nd review of this card I felt it be wise to give fair warnings and recommendations to first time buyers. It's excellent mid ranged priced card 7850 HD renamed uses same chipset just slightly tweaked on clocks. I recommend you replace sapphire cooler and thermal paste. Out of the box expect 50-60c temps. I just recently had to replace my entire cooler because of the fans locking up luckily i had an old "ARCTIC Accelero Twin Turbo PRO" ( http://www.arctic.ac/us_en/accelero-twin-turbo-pro.html )that i removed from a ECS nvidia geforce 450GTS (the heatsink/fans combo is universal) it's not made for a 7800 series chipset nor an R7 but it will fit perfectly on this sapphire version. stock sapphire out the box was 50-60c on most games after i re-pasted with arctic silver paste and put that accelero on it temps max at 40c ive only seen it go to 53c at 99% GPU usage when i did a 2 hour long stress test and room temps of 75F. So that should be enough evidence to prove out of the box the cooler and paste is junk and should be replaced soon as you get it. Other then that this is really amazing card for the price.