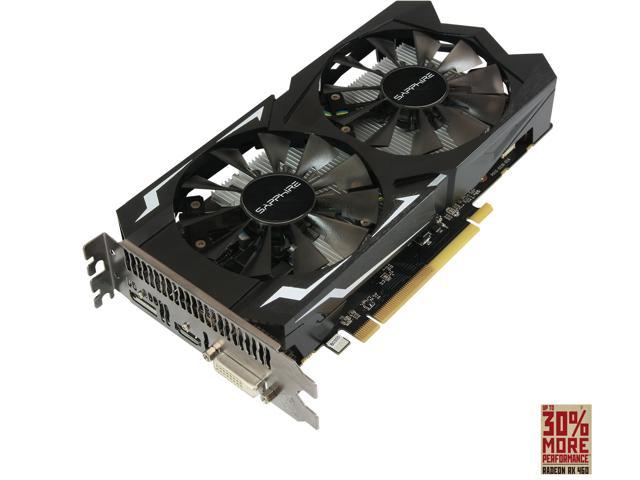 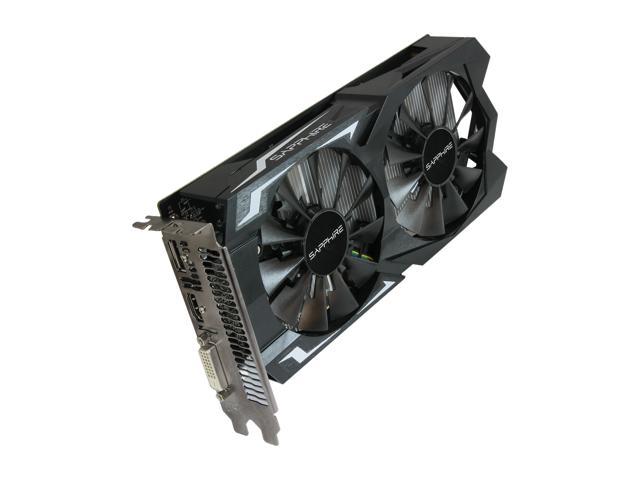 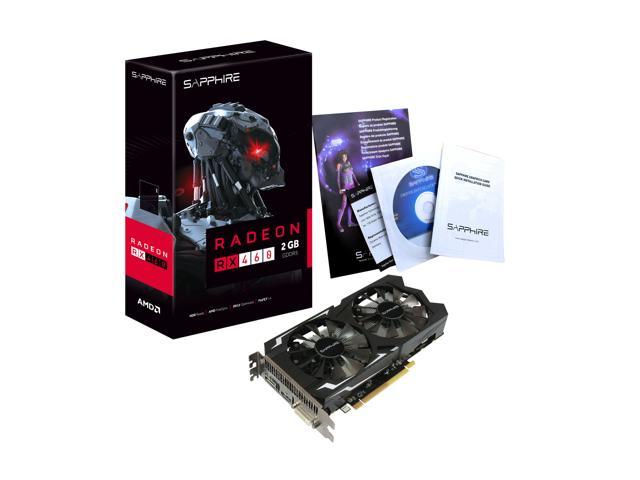 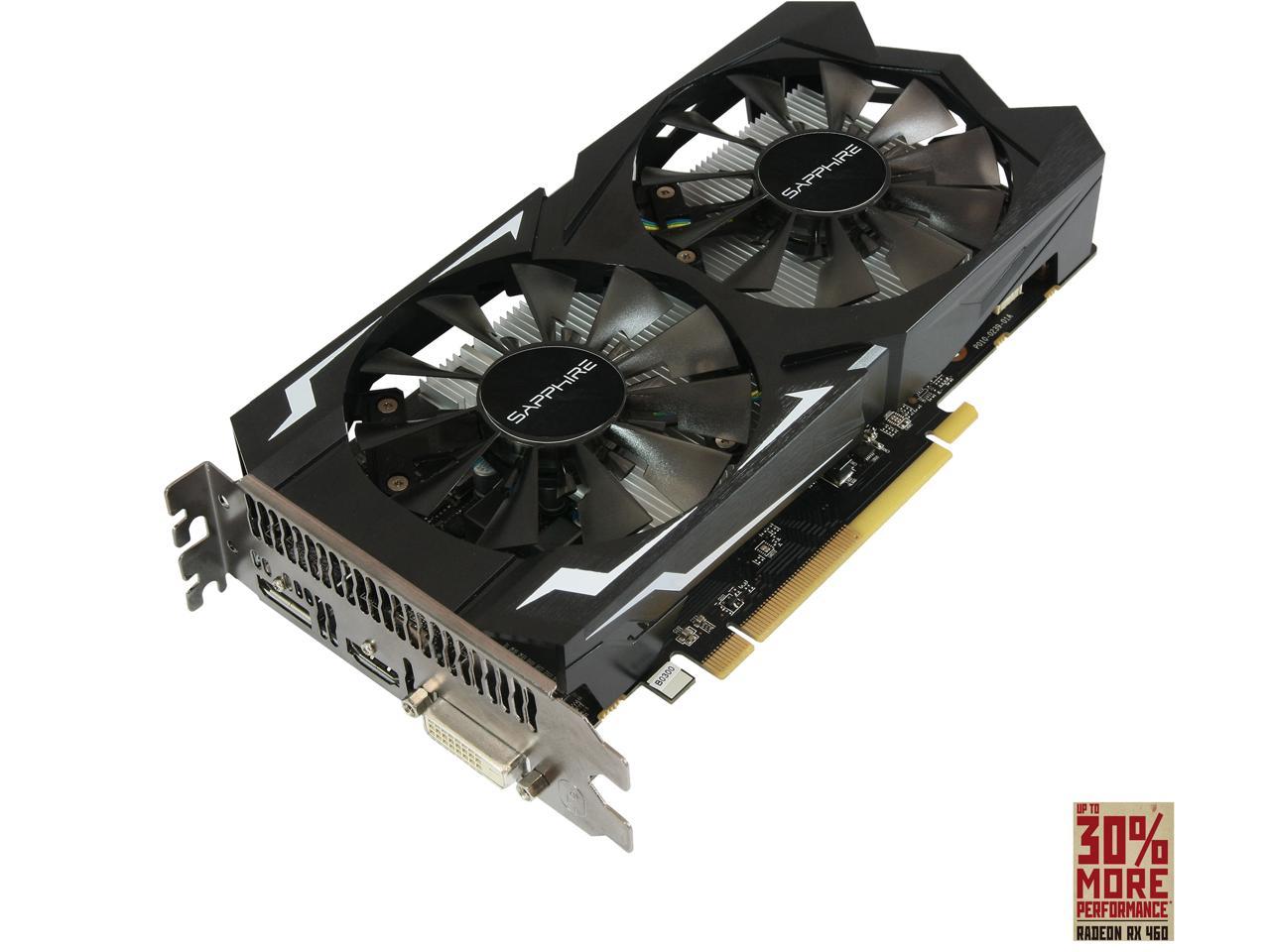 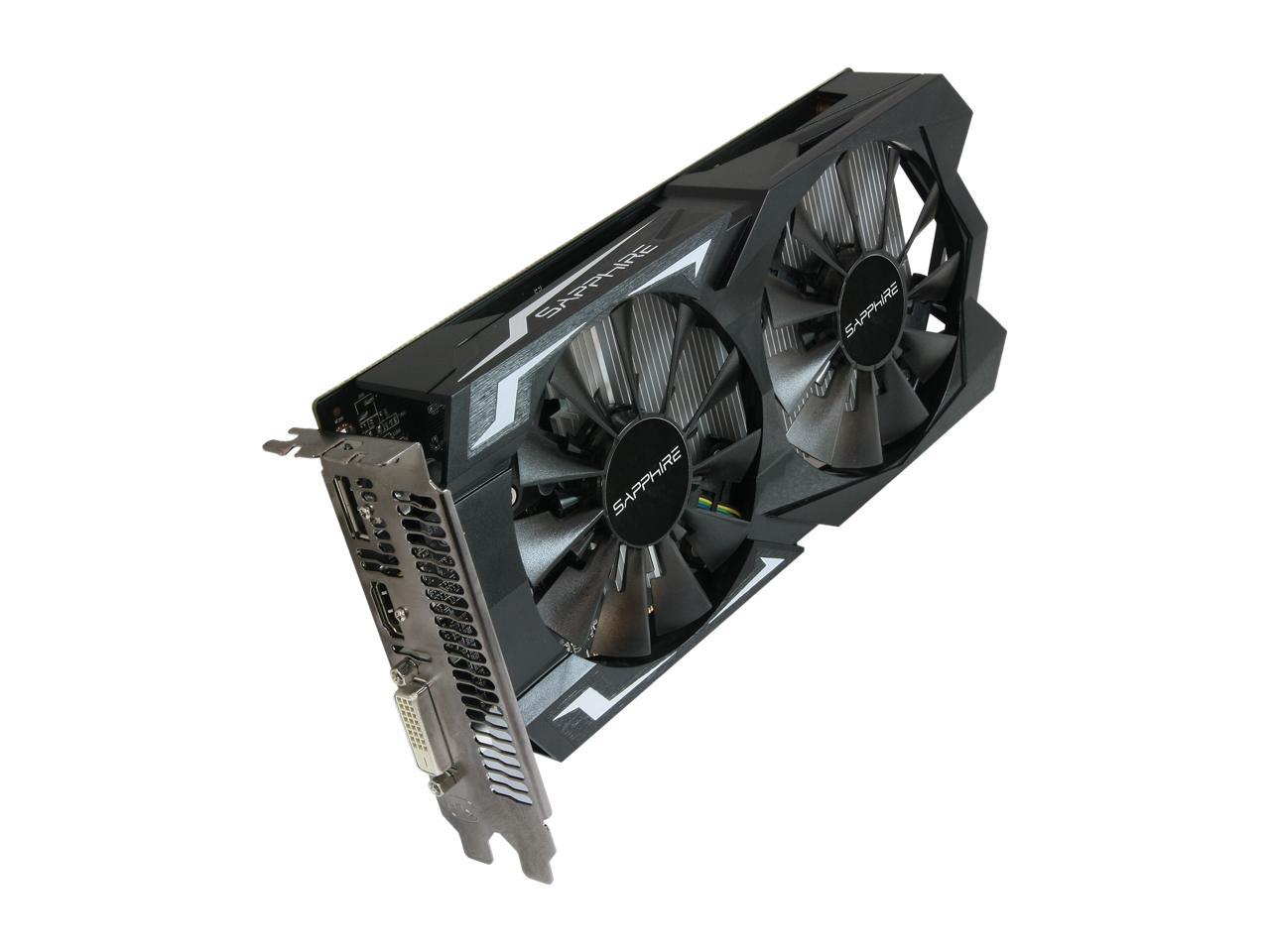 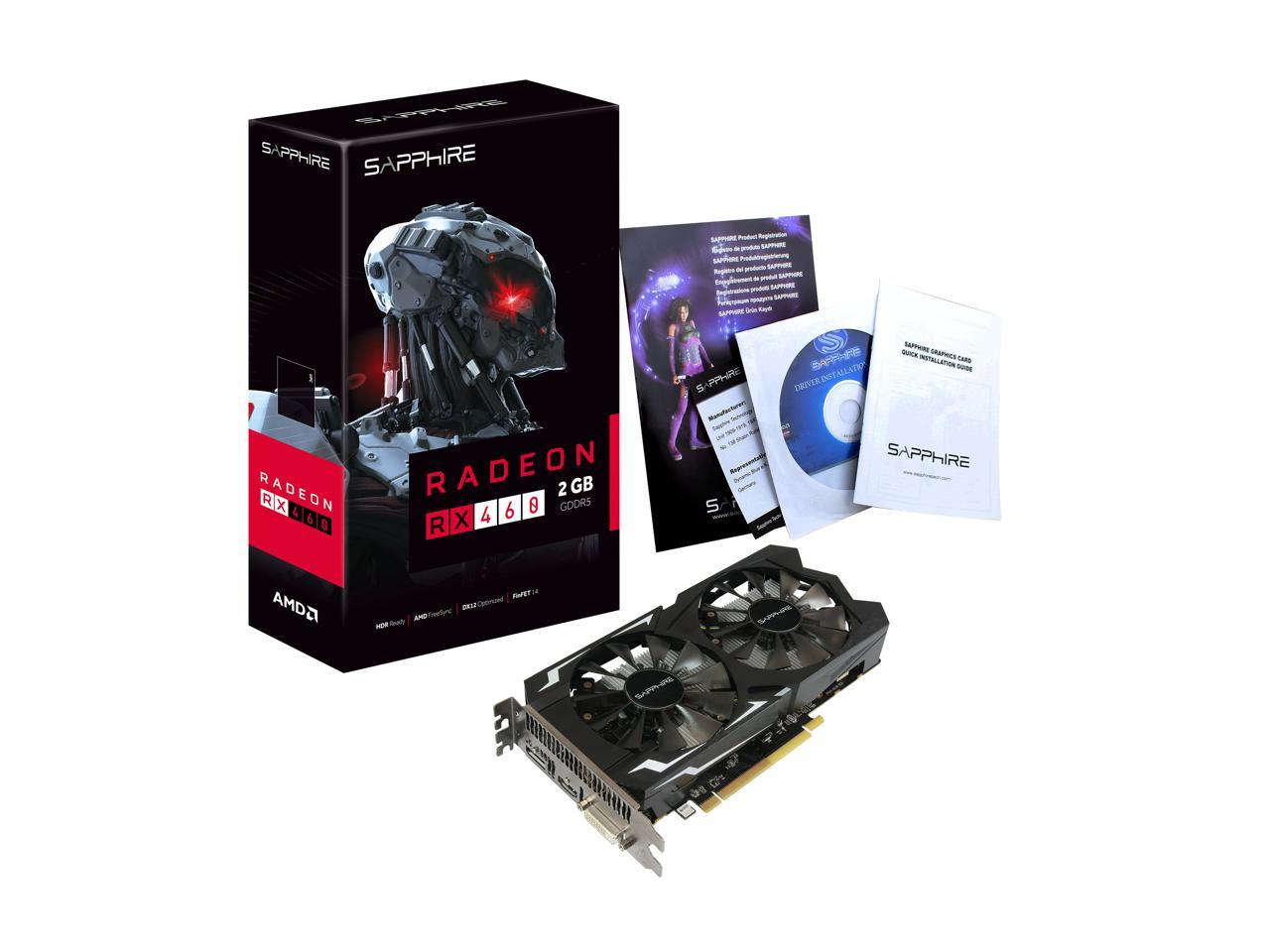 This means that the product has been opened, may show slight signs of use and cosmetic blemish, and may be missing minor accessories, but remain in excellent condition. Product does not come with warranty unless stated otherwise in product description.
In stock.
Ships from United States.
Overview
Specs

The AMD Radeon RX 460 is a mainstream graphics card designed for smooth performance in the hottest online games at HD resolution and beyond. Built on the Polaris architecture and fabricated with FinFET 14nm process, this card comes equipped with 896 Stream Processors and 2GB 128-bit GDDR5 memory, delivering more than enough performance for smooth, crisp gameplay in the popular MOBA games like LOL, Overwatch and DOTA 2. Async shaders and new geometry capabilities of the latest version of Graphics Core Next enable unprecedented DirectX 12 performance. You can also experience a new level of immersion with the mind-blowing VR, powered by revolutionary LiquidVR technology. One Display Port 1.4 (DisplayPort 1.2 Certified, DisplayPort 1.3/1.4 Ready) and one HDMI 2.0 outputs let you take full advantage of the latest 2K/4K high refresh-rate monitor. A host of advanced technologies offers you more ways to elevate your gaming experience, like HDR, AMD FreeSync, Eyefinity, and etc.

This Sapphire card is slightly overclocked to 1210MHz (1200MHz for reference card) Core clock, and comes with features Dual-X Cooling for efficient and quiet cooling even when you're pushing your graphics card hard. Virtual Super Resolution (VSR) is an AMD feature that is game and engine agnostic to simulate Super-Sampling Anti-Aliasing (SSAA) in games that do not have native SSAA support. VSR can also be used in conjunction with other native in-game anti-aliasing for even more game graphics-setting control. VSR allows games to render at higher resolutions (up to 4K, depending on the game support) and then rescales them down to a lower native display resolution. Using this, you can get quality that rivals up to 4K, even on a 1080p display while playing your favorite games. Harness the power of multiple GPUs.