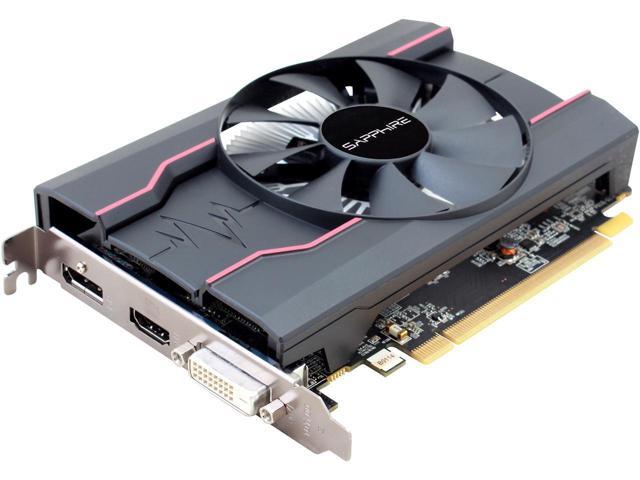 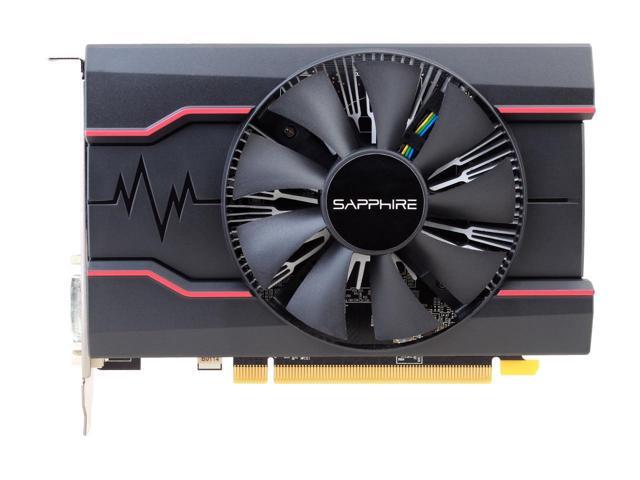 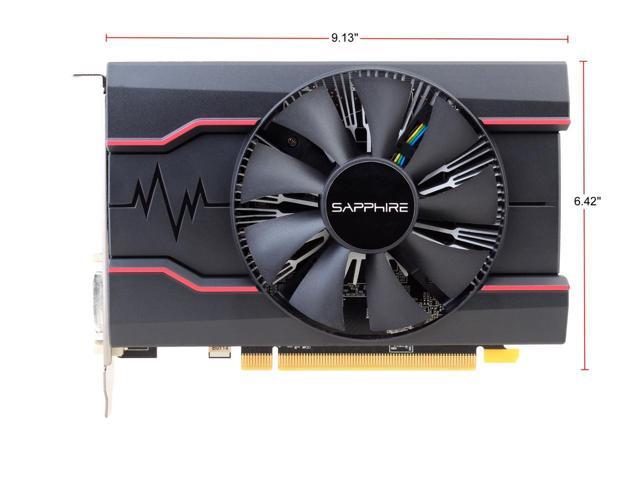 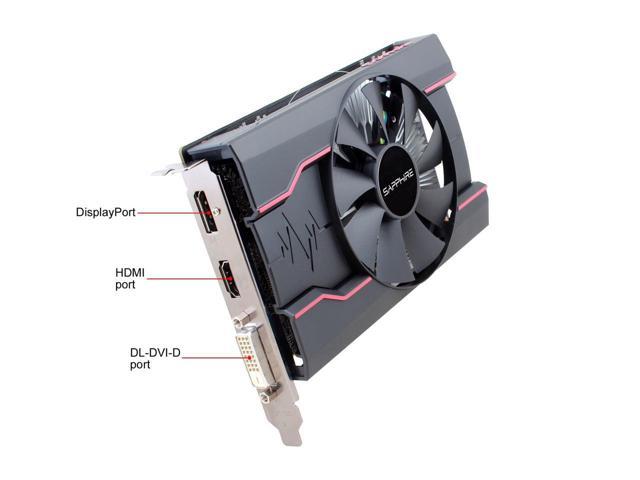 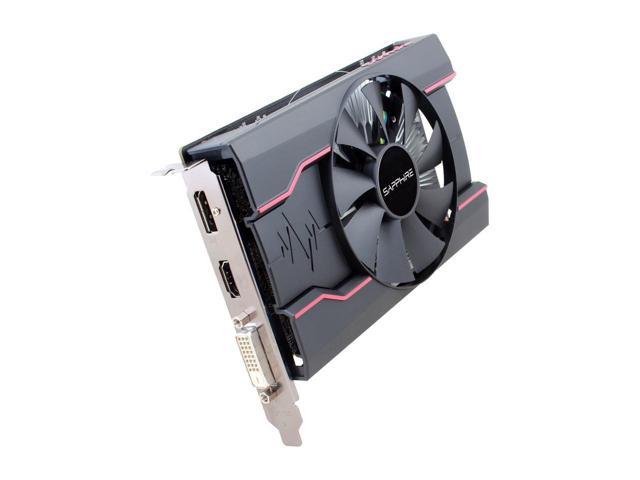 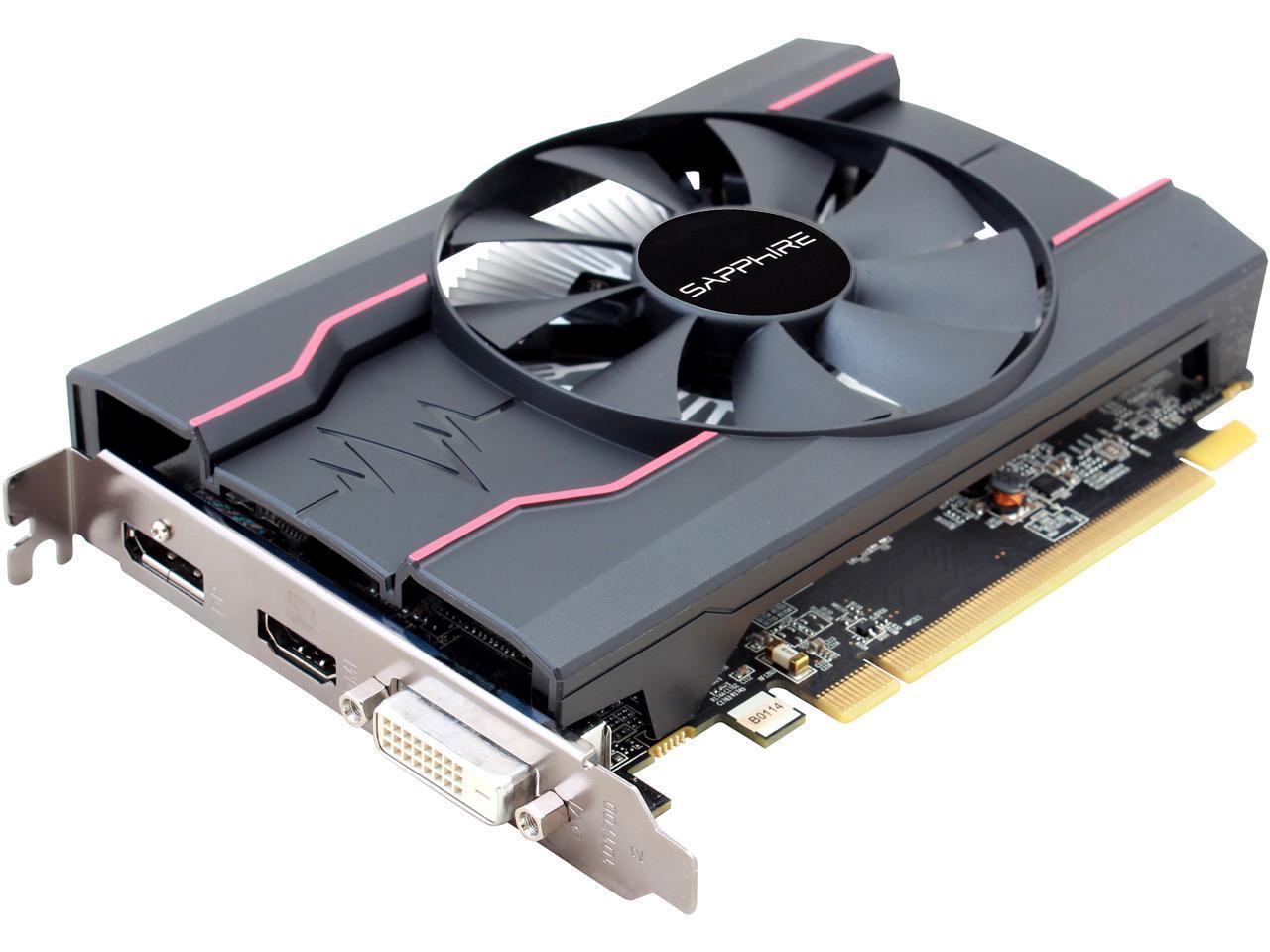 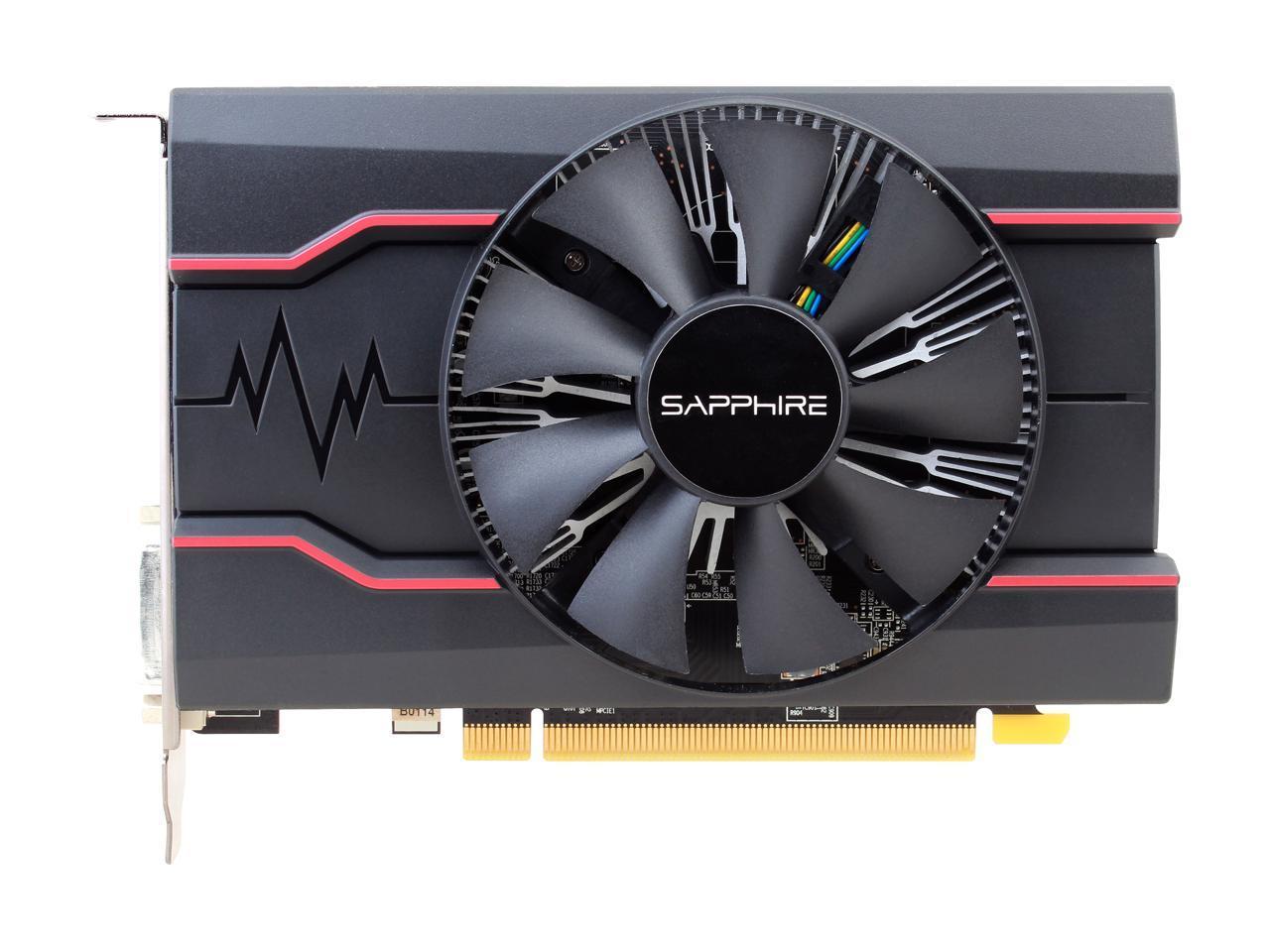 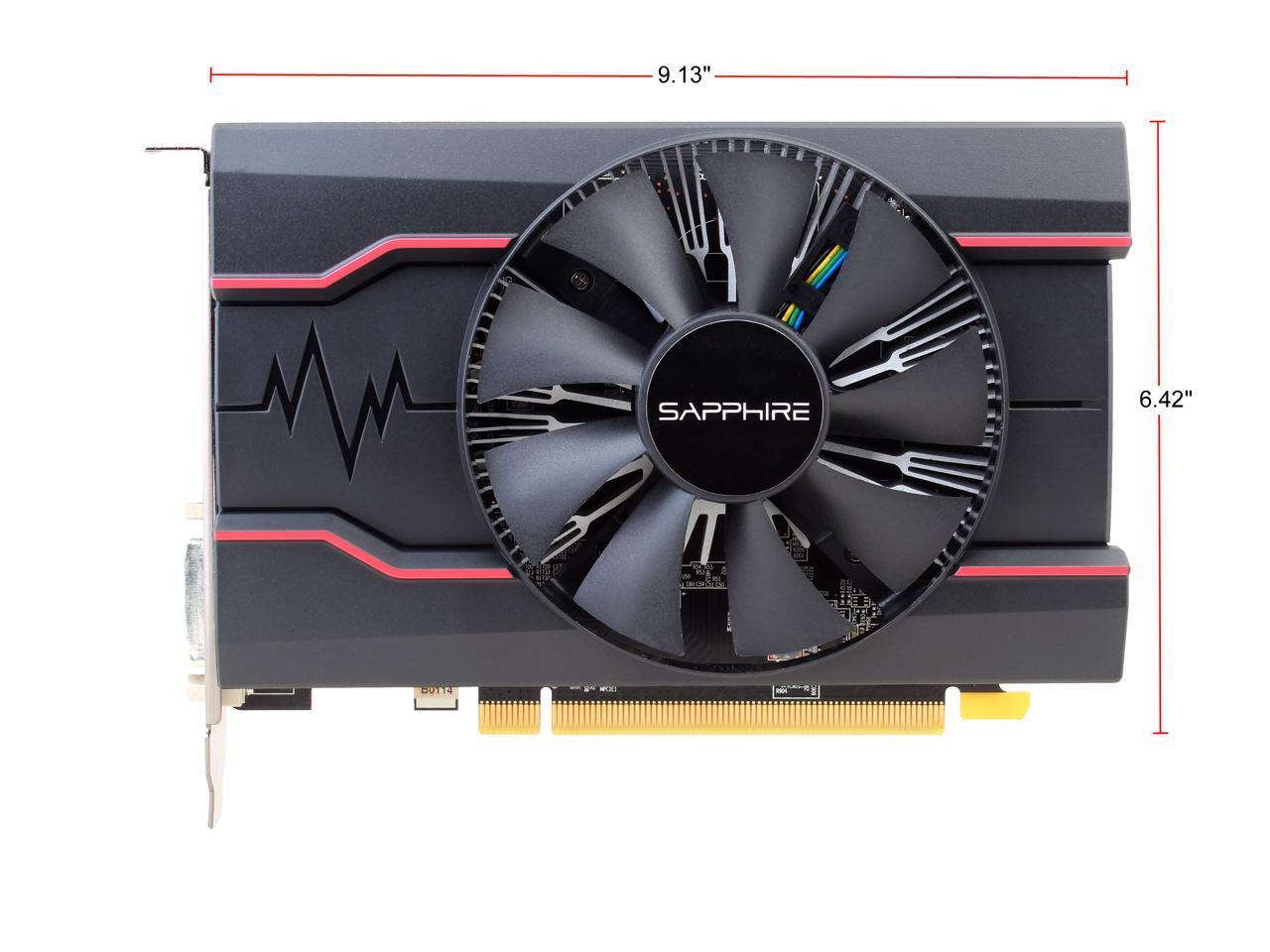 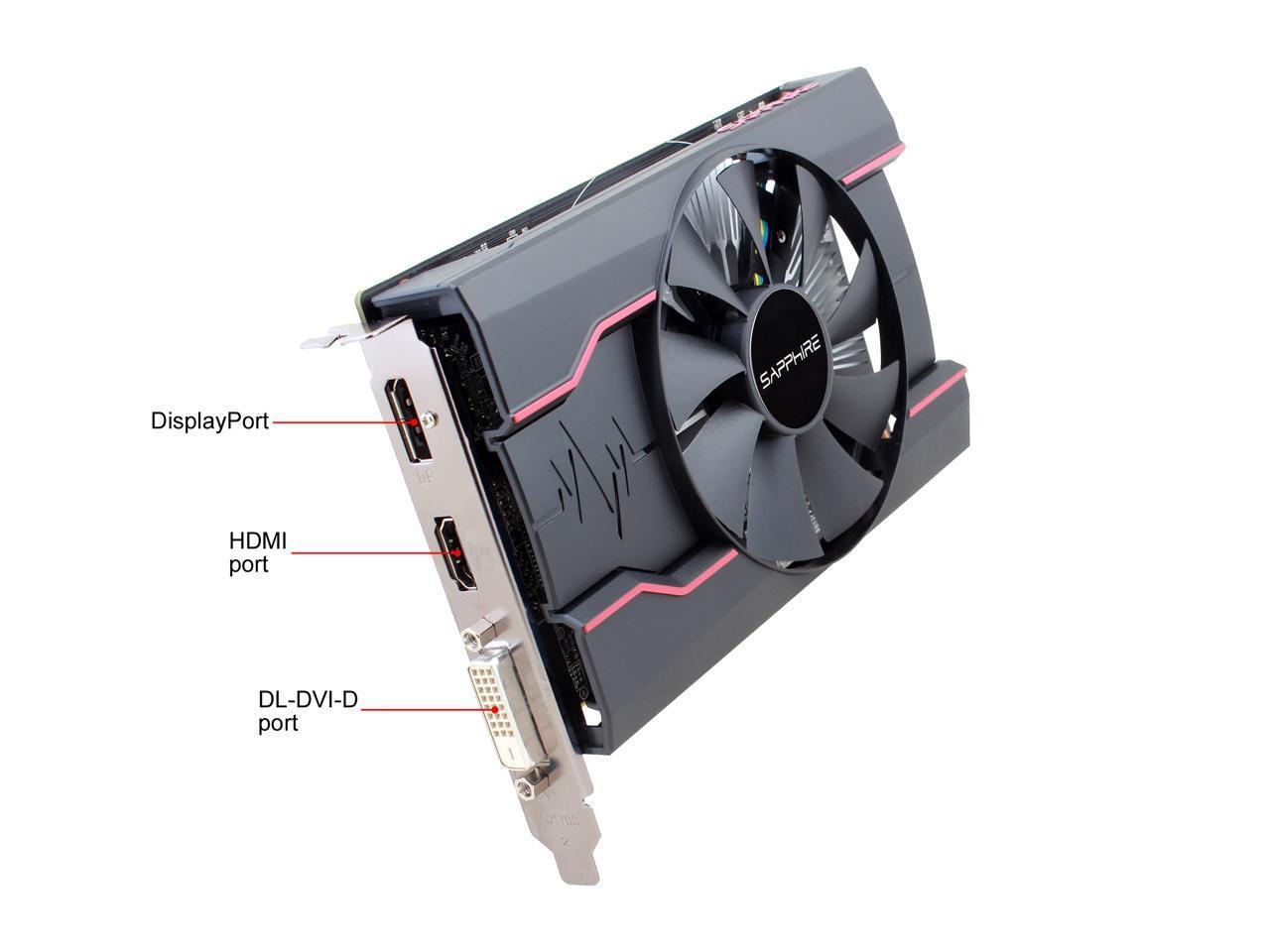 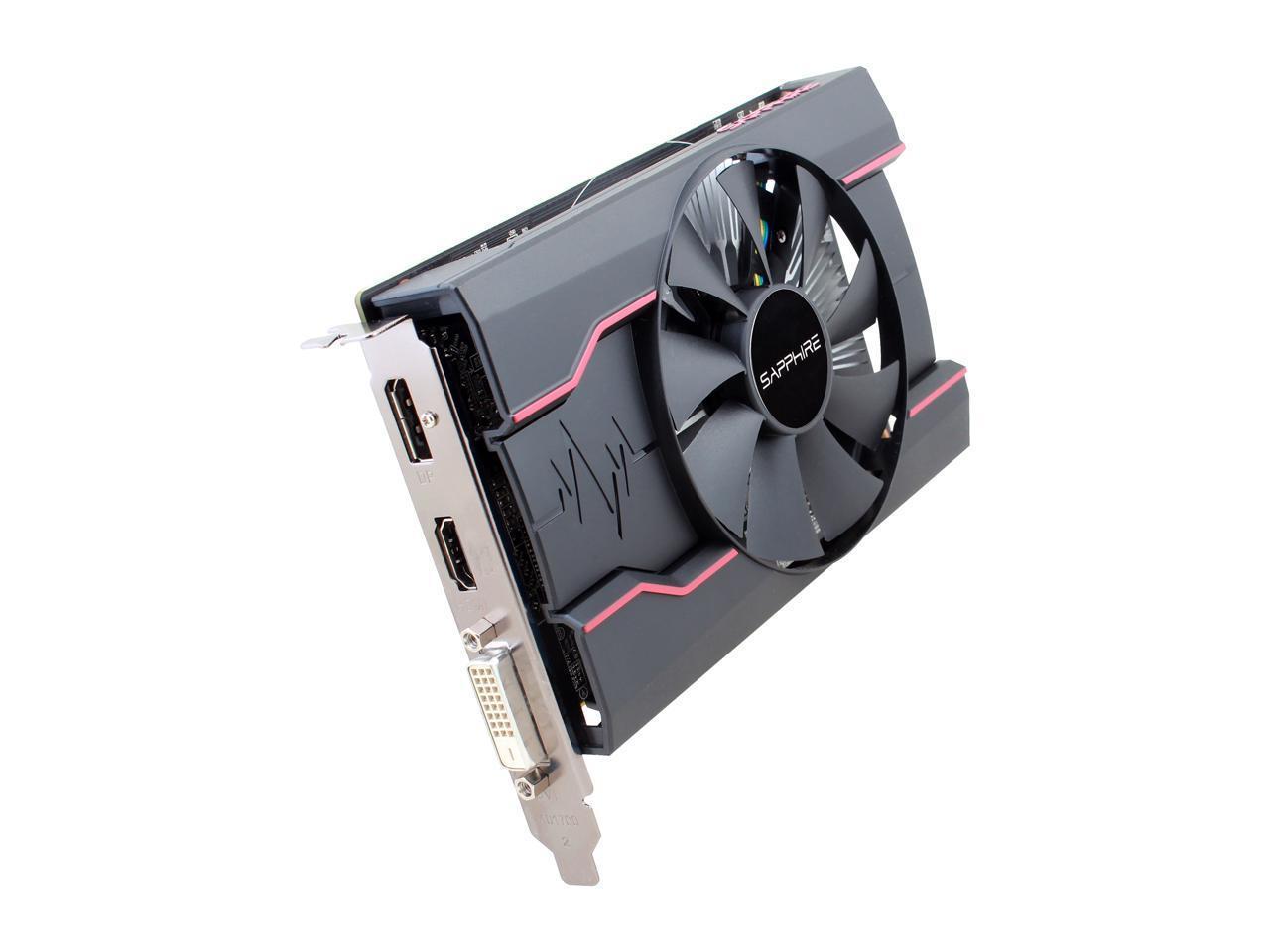 This means the product was tested and repaired as required to meet the standards of the refurbisher, which may or may not be the original manufacturer. Any exceptions to the condition of the item outside the manufacturer’s information should be provided in the listing, up to and including warranty details.
Be the first to review this product...
See more "rx 550"
In stock.
Ships from China.
Most customers receive within 4-23 days.
Overview
Specs
Reviews
SAPPHIRE PULSE Radeon RX 550 100414P4GL 4GB 128-Bit GDDR5 Video Card

The SAPPHIRE Pulse Radeon RX550 video card is great for online games, like League of Legneds, Voerwatch, Rocket League or Counter Strike: Global Offensive. Based on a modern Polaris architecture and equipped with 4GB 128-Bit GDDR5 memory and 512 GCN stream processors boost-clocked at 1206 MHz, the SAPPHIRE Pulse Radeon RX550 is up to 5X faster than an Intel integrated Graphics and up to 2X faster than the previous generation Radeon R7 250 card. AMD FreeSync technology puts an end to choppy gameplay and broken frames with fluid, artifact-free performance at virtually any framerate. The HDR ready capabilities equip you for the new wave of HDR displays, content and the future of gaming.

Frame Rate Target Control (FRTC) enables you to set a target maximum frame rate when playing an application in full screen mode; the benefit being that FRTC can reduce GPU power consumption (great for games running at frame rates much higher than the display refresh rate) and therefore reduce heat generation and fan speeds/noise on the graphics card.

Frame Rate Target Control caps performance not only in 3D rendered in-game scenes, but also in splash screens, loading screens and menus, where frame rates can often run needlessly into the hundreds of FPS. You might wish to set a very high cap just to limit wasteful FPS like that seen in menus and such, while still taking advantage of the responsiveness given by FPS well beyond 60.

DirectX 12 is a new, “console-like” graphics API from Microsoft that empowers game developers with more direct and obvious control of PC hardware. This direct or “explicit” control better exposes the hardware resources of AMD Radeon GPUs to yield higher hardware throughput and, ultimately, more performance for users. To put it simply: much more efficient hardware through smarter software! At the discretion of a game developer, this superior efficiency can be spent on higher framerates, lower latency (VR), lower power consumption, better image quality, or some calculated balance of all four. In any scenario, gamers stand to benefit greatly from choosing AMD hardware to run their favorite DirectX 12 games.

Synchronizes the refresh rate of a compatible monitor to the frame rate of your content, however much it varies.
Monitor partners are validating with drivers from AMD now.
general information
AMD XConnect Technology

Now it’s easier than ever to connect and use an external Radeon graphics card. With AMD XConnect technology, external GPU enclosures configured with Radeon Graphics can easily connect and disconnect to a compatible ultrathin notebook or 2-in 1 over Thunderbolt 3 at any time, just like a USB flash drive - a first for external GPUs!