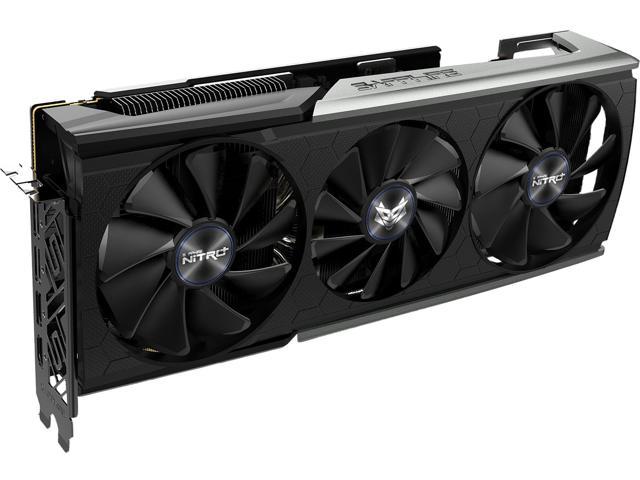 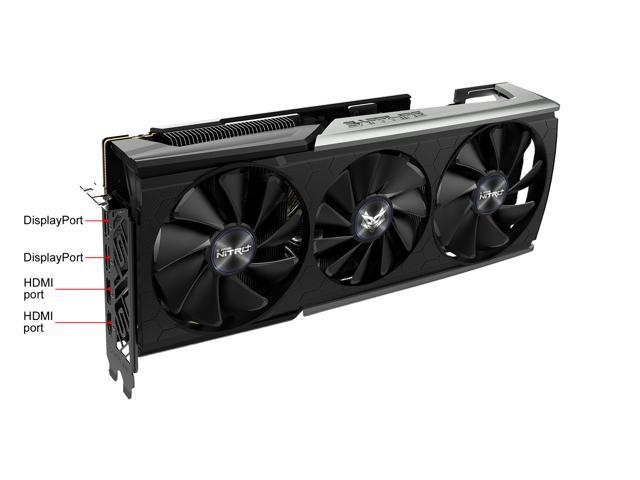 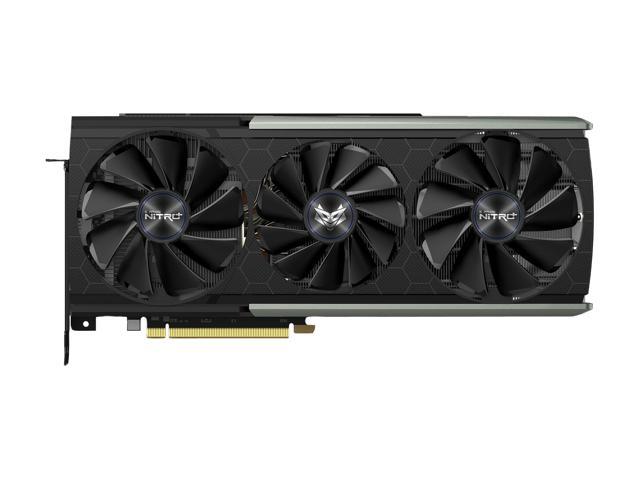 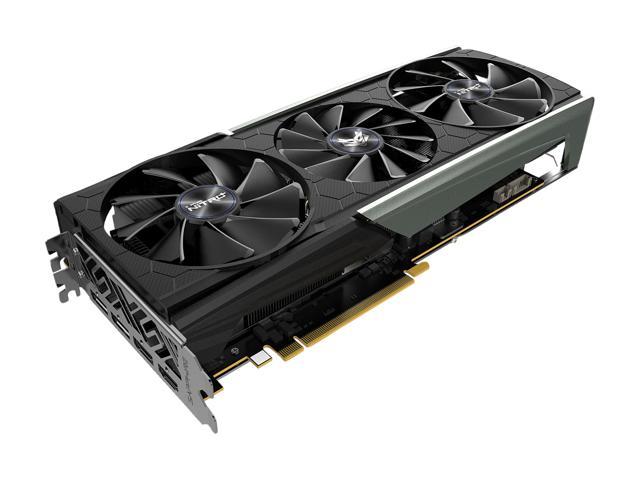 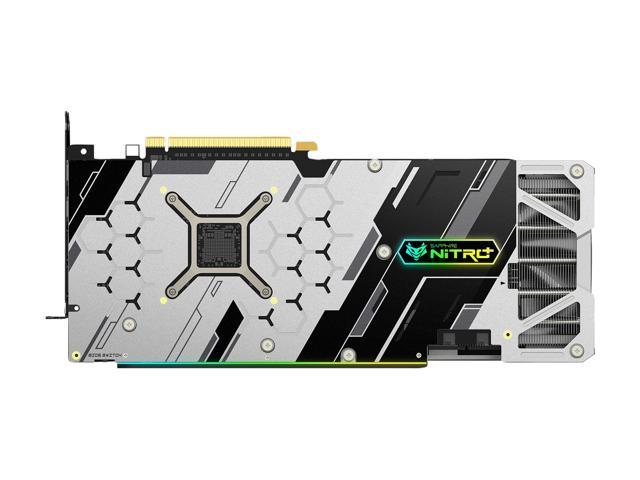 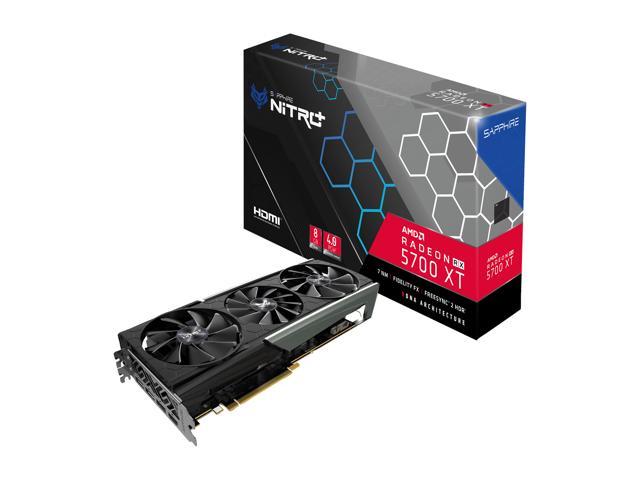 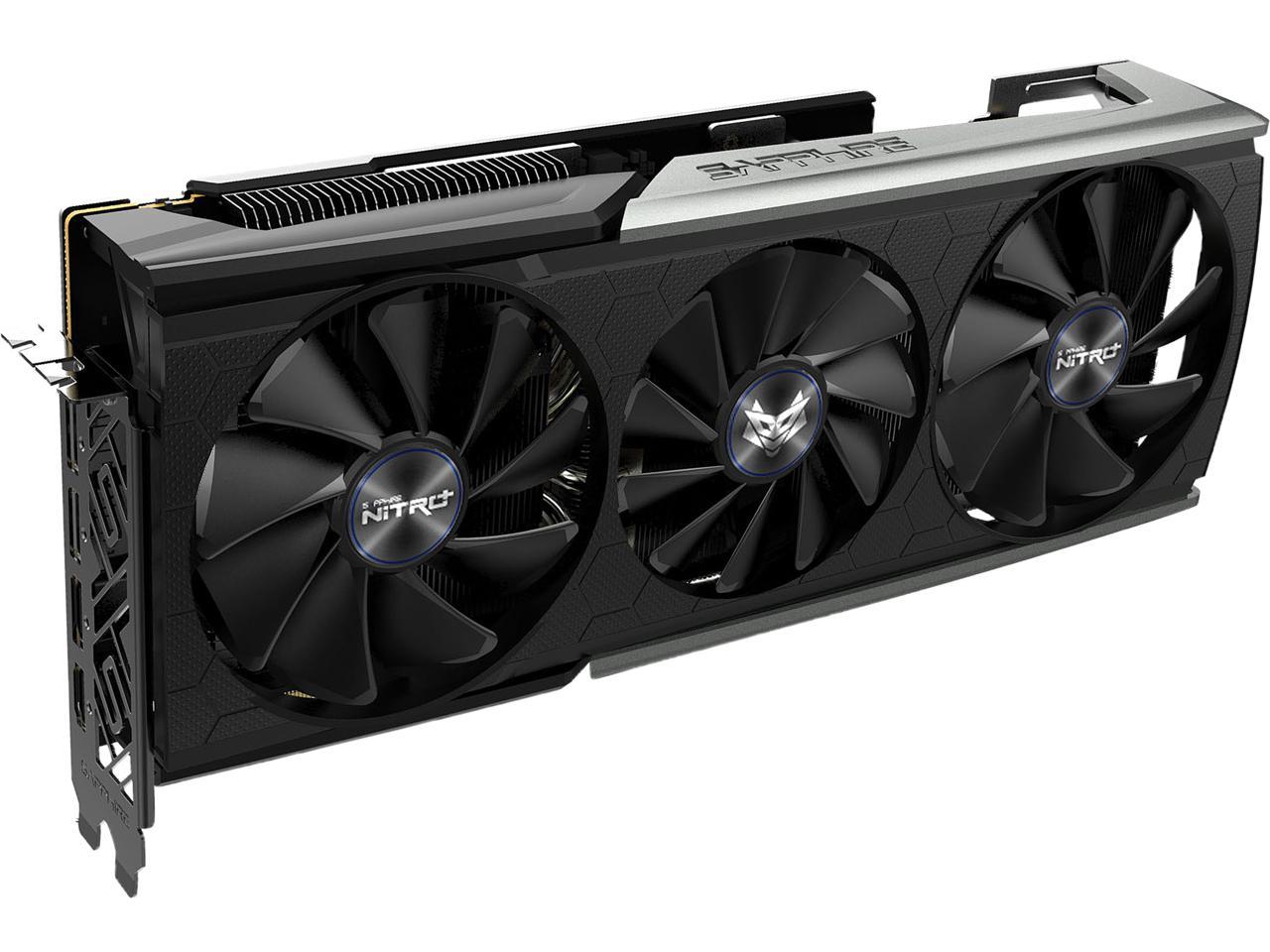 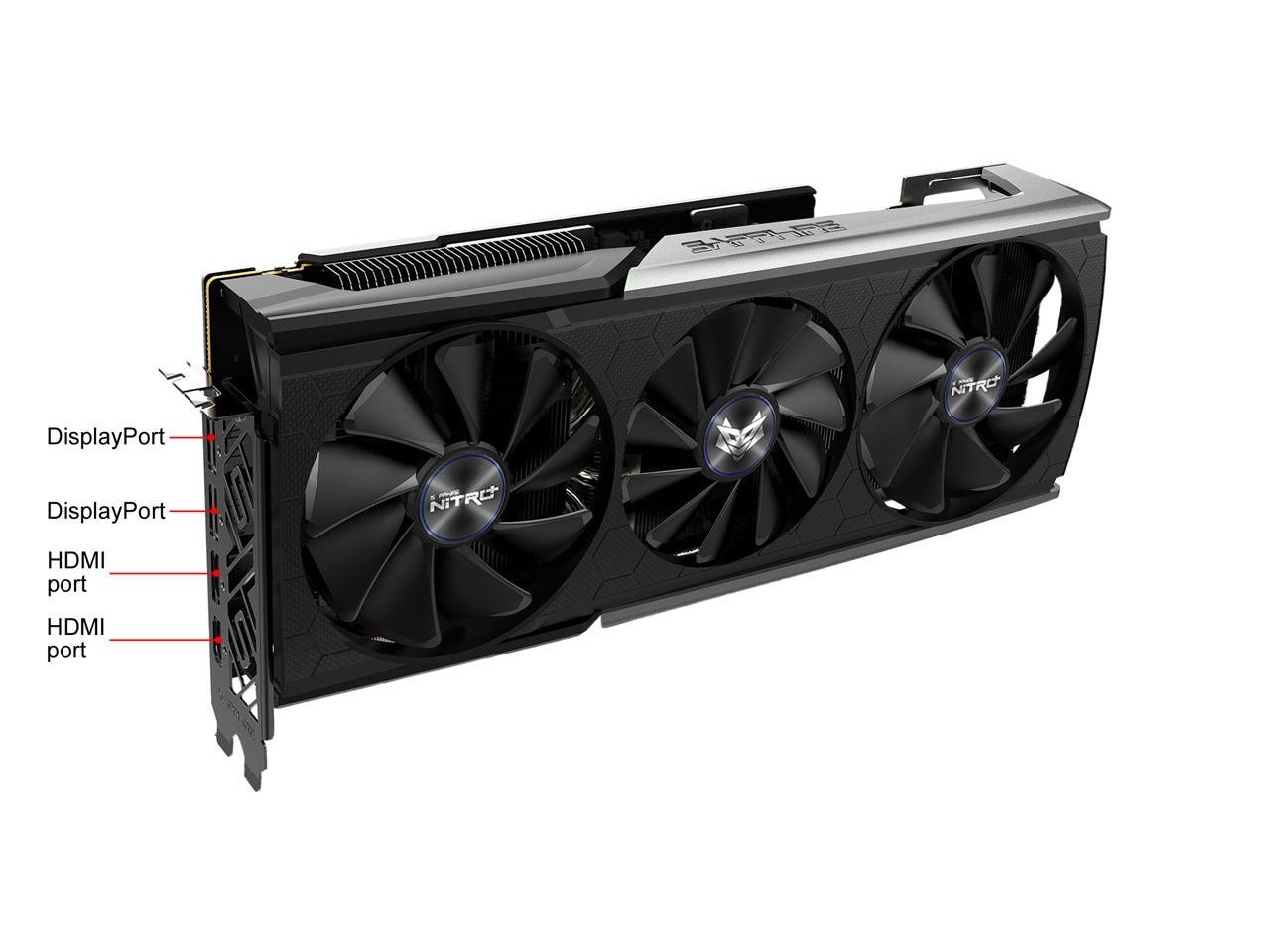 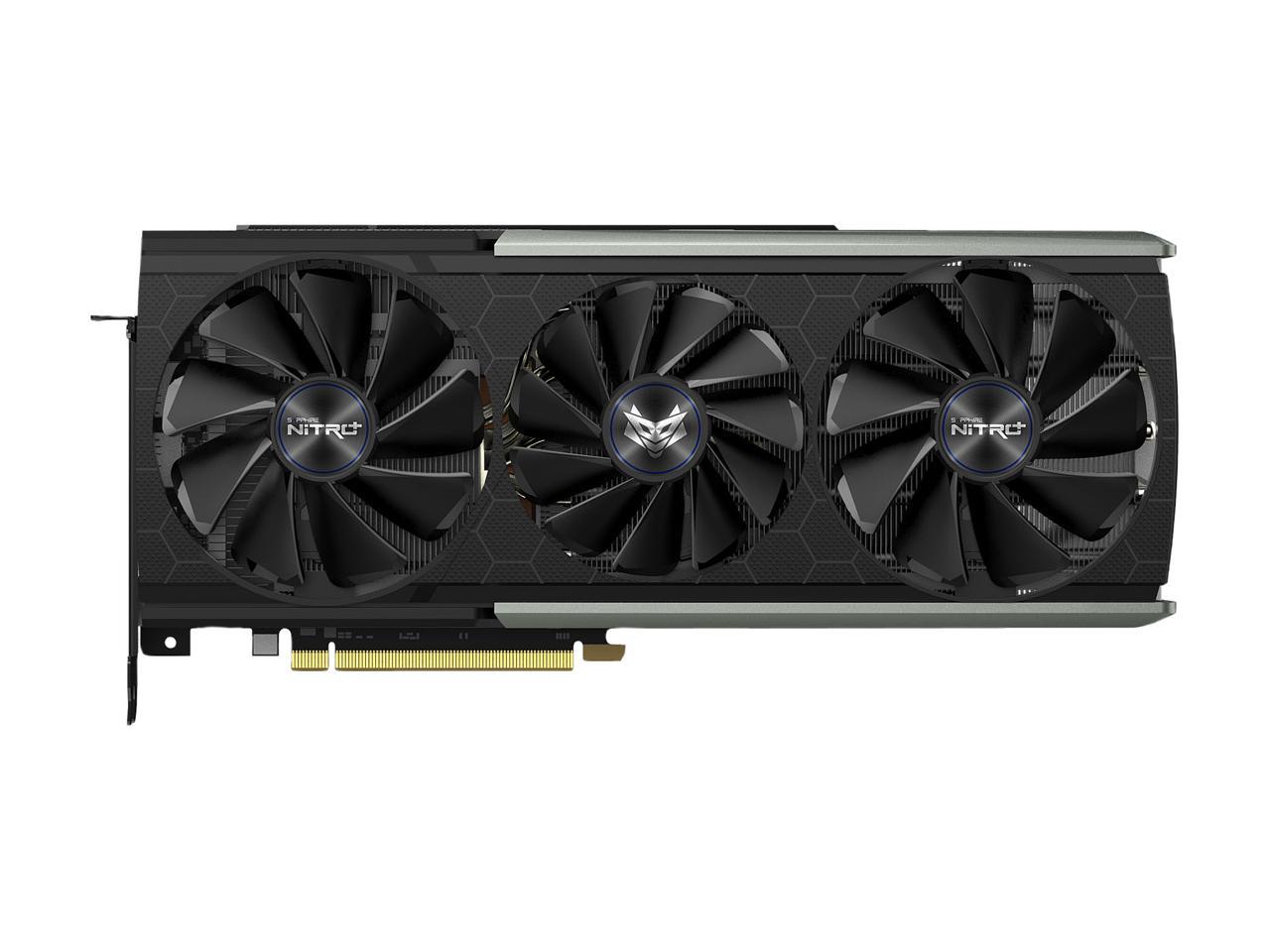 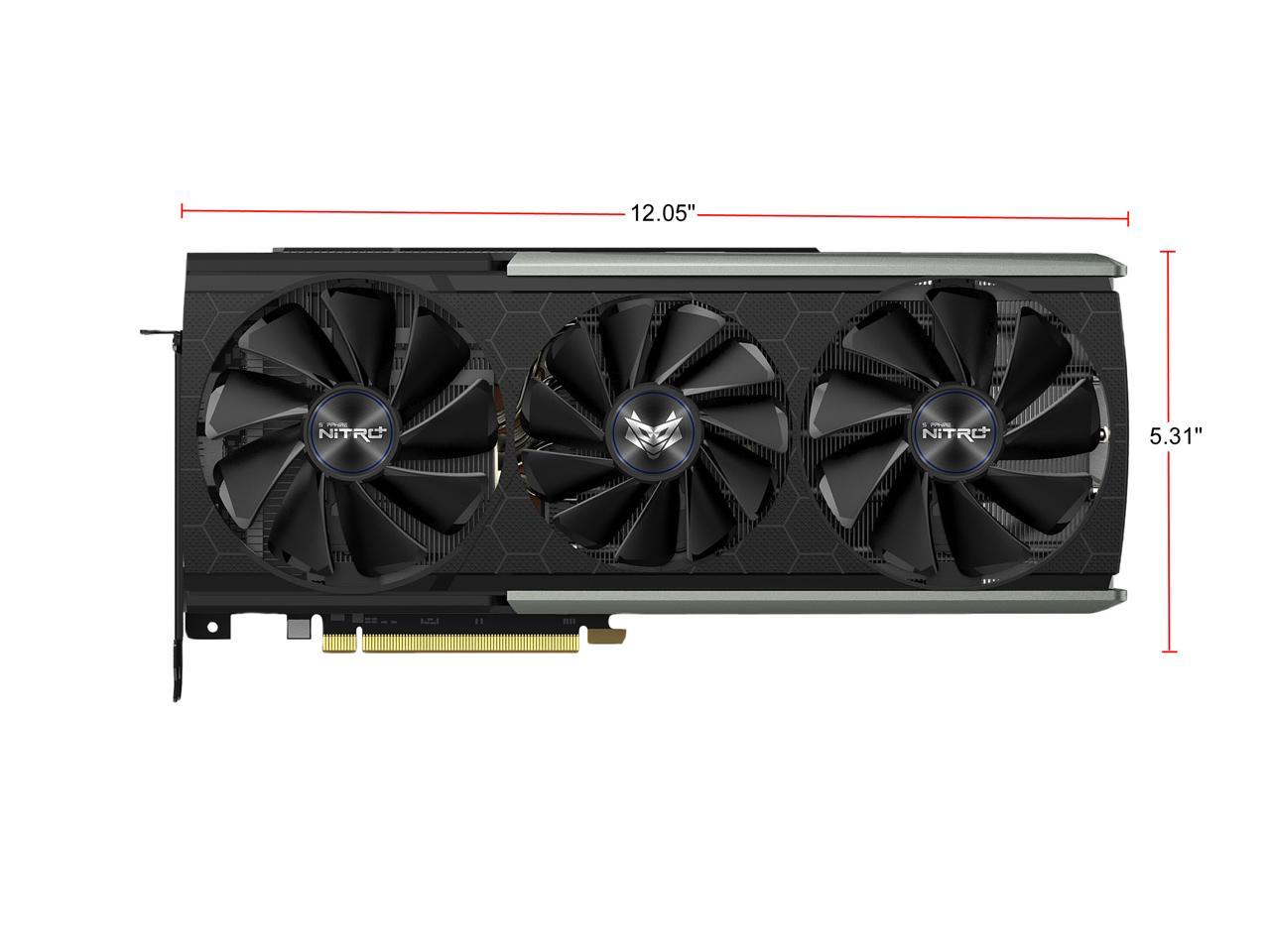 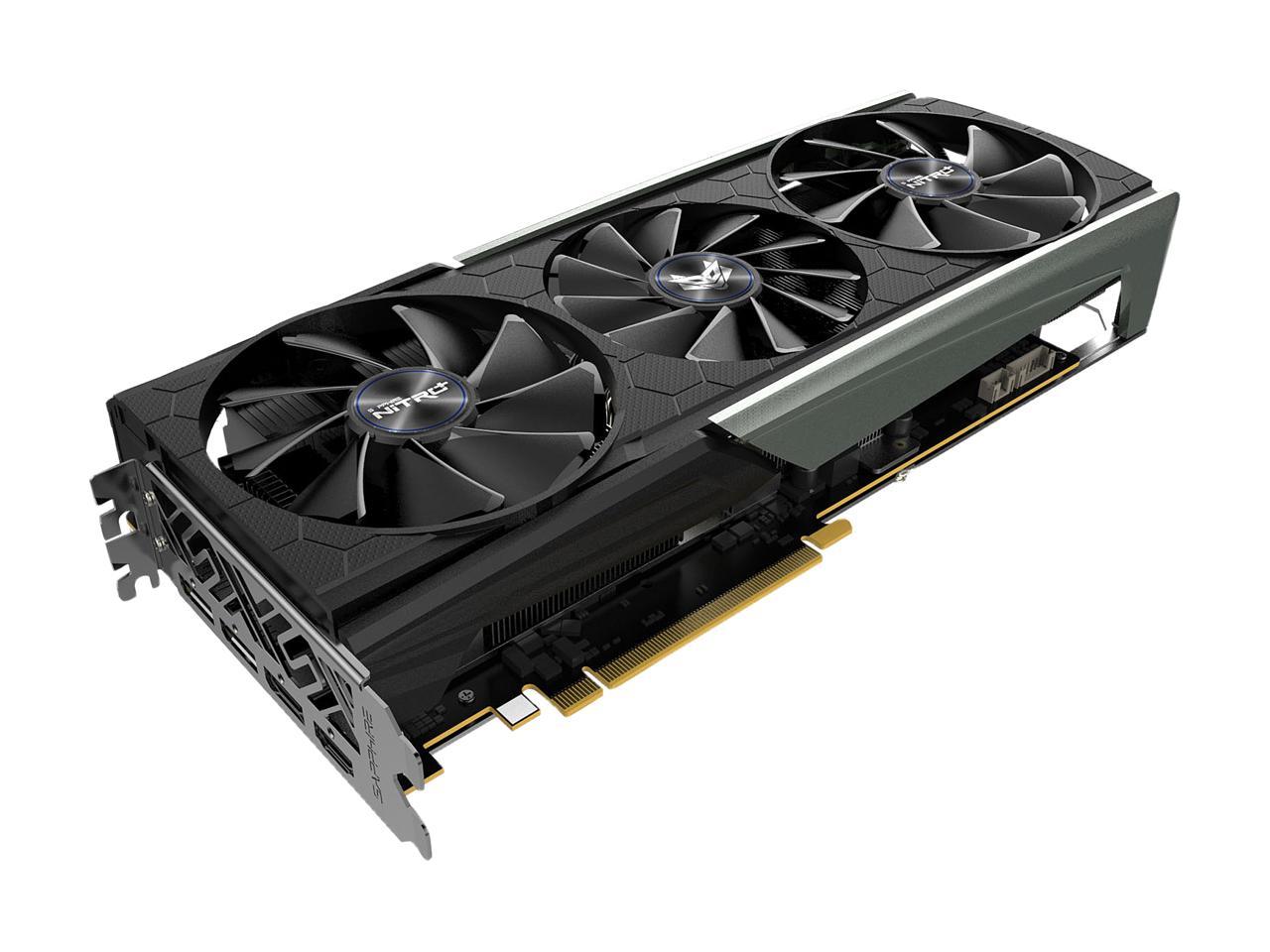 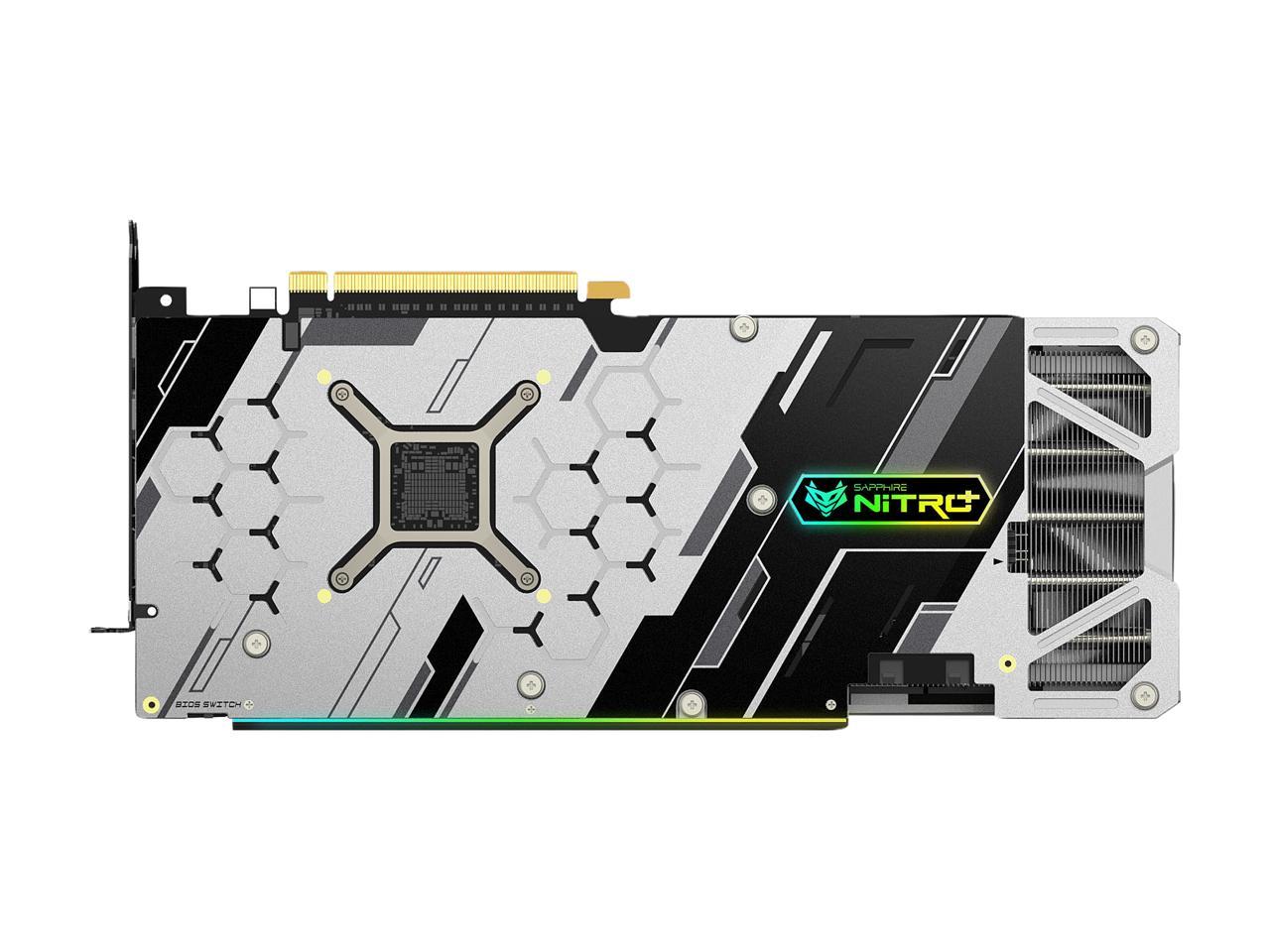 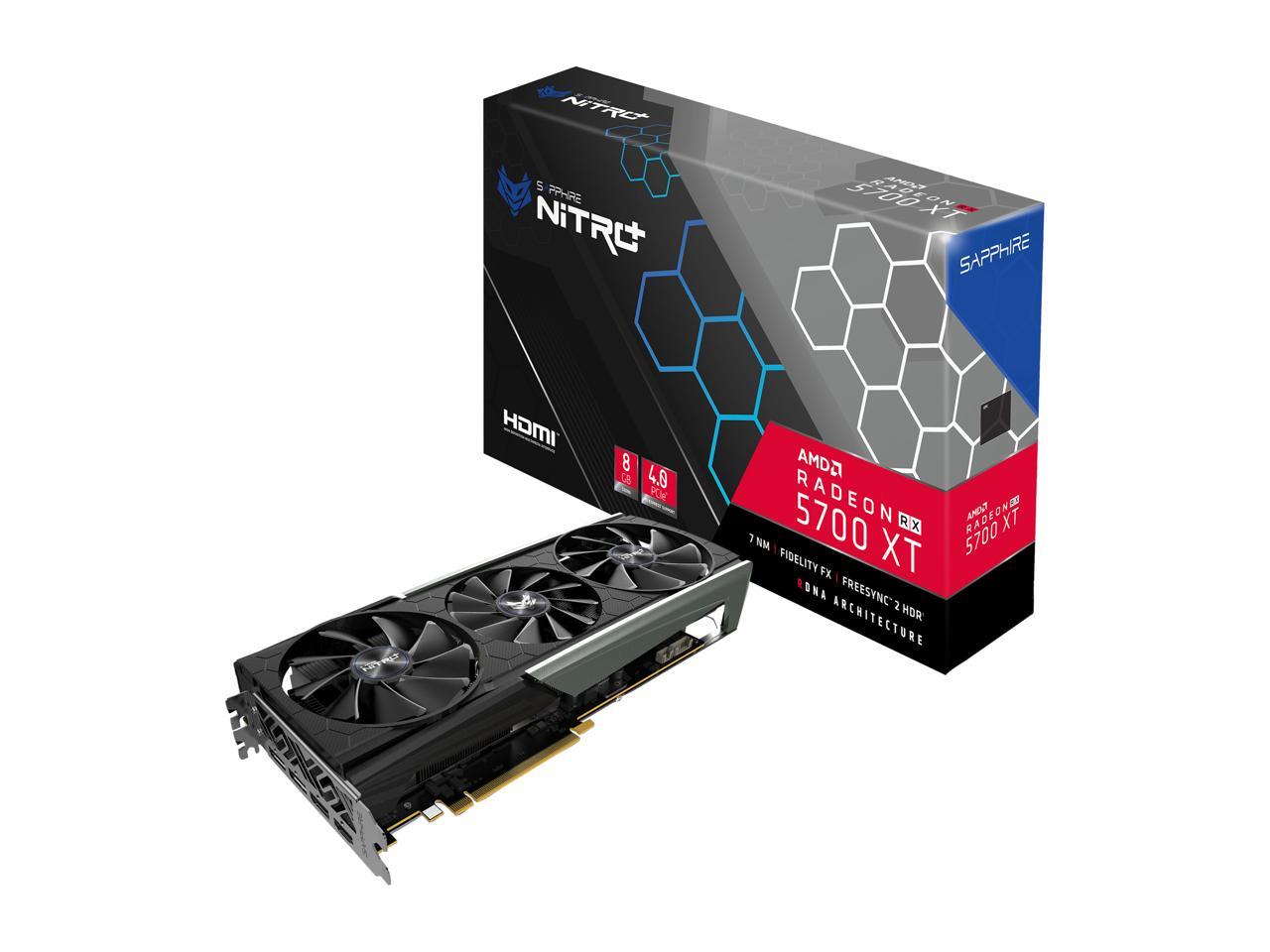 Personalize the look of your NITRO + card with its built-in ARGB and optional SAPPHIRE NITRO + ARGB fan accessories. Heat is dissipated by a trio of efficient fans—two, slightly bigger, on the sides, running anticlockwise, and a smaller middle fan running clockwise to ensure optimal airflow

Get the competitive advantage with dramatically reduced input lag with Radeon Anti-Lag, get stutter-free, tear-free gaming with AMD Radeon FreeSync technology, and the latest Radeon Software for incredibly responsive and insanely immersive gameplay. Equipped with 8GB of advanced GDDR6 memory to provide high bandwidth of up to 448 GB/s, enabling 1440p performance for today's most demanding games. Radeon RX 5700 XT features PCI Express 4.0 support, with a throughput of 16 GT/s and enables two times the bandwidth compared to PCI Express 3.0. Get ready for the next generation of PC gaming.

Overall Review: At first I was incredibly skeptical of getting a 5700 xt due to the driver issues but I went for it. I haven’t had a single issue at all, and from what I’ve read they just fixed everything with driver version 20.2.2. If you’re on edge about buying this card, go for it! It runs great, looks great, and stays cool.

Pros: *Runs games at 2560x1440 @ 144hz on their highest settings marvelously! *Neat RGB lighting that can be adjusted or turned off entirely (With Trixx utility), or connected to an RGB header on the mother board. *Sapphire has responsive support, and their cards have given me many years out of each.

Cons: UPDATE: Initially, I received a defective unit.. it had experienced frequent screen blackout/disconnects, occurring at random, and nearly made my computer unusable. (it also comically reported over " 725C junction point" temperature, which is not possible since that's well over 1,300F and should have pulled a flaming Nvidia, but it didn't burn anything and wasn't too hot to touch). HOWEVER, the replacement unit has been working flawlessly!! So I still recommend the 5700 XT.

Overall Review: UPDATE: With the help of Sapphire's customer service, we determined I received a defective unit initially, but I was able to get a flawless replacement quickly through Newegg. So I updated my 3-star to a 5-star rating since I don't experience screen disconnect nor any other issues with the replacement 5700 XT, and it can run current games super smooth at their highest settings, rendered beautifully in 2K resolution @144hz for a fair price compared to its competition. Other Thoughts: They recommend a 600w PSU... I have a high quality 1050w power supply with plenty of airflow and minimal power vampires (no excess lighting/devices/gizmos, etc.). So, for would-be upgraders, please don't try to blame hardware if you're stressing a budget 450w PSU and have poor airflow.

Pros: Sapphire is the best AIB to buy an AMD GPU from -Very cool running, when I'm playing a game like minecraft or 3d creation software, the fans on the Videocard don't even run -haven't had a single issue, of any kind with either the hardware or aoftware/drivere since installing it in November 2019.

Cons: -Would have been nice if Sapphire included a 3 pin to 3 pin addressable RGB cable so that you can plug the Videocard's addressable header into your motherboard, but not that big a deal.

Overall Review: You can never go wrong with Sapphire

Pros: I finished my build two weeks ago and could not be happier with the performance I'm getting. Coming from a 4690k, GTX 970 and 8GB of ram everything now runs so smooth. I didn't think I would care but I am surprisingly intrigued by the RGB colors. They're pretty.

Pros: Love the aesthetic, updated to newest drivers and ran smoothly No driver issues Waiting for 1440p monitor, but on 1080p it ran 180+ fps on high settings for cod warzone

Cons: None yet. Will update if that changes

Overall Review: I wanted this one or the red devil. Red devil was out of stock when I was ready. Choice was easy. The look and utter size of this thing makes you feel like you should pay more for it lol

Pros: Runs fast at 1080p and 2k Freesync make it smooth, especially you have a 144+ monitor

Cons: Fan is a little bit noisy when in full load. But probably I need to improve the airflow in my case.

Overall Review: Upgrade from a RX480 purchased almost 3 years ago, completely refreshed my experienced in BFV. I don't have to blame my computer when I lose the game anymore...

Pros: Wonderful card. Destroys any game I've thrown at it so far. Perfect card for 1440p gaming. Card is QUIET. The triple fans really keep the noise down while keeping it cool.

Cons: Driver issues can be a problem for some. Not a fault of the card, but expect to keep an eye on those AMD drivers.

Overall Review: I came from an nvidia 10 series card. I didn't mess around and just did a clean reinstall of windows to clear it out for the new hardware. (I was due for a reinstall anyways.) If you don't want to reinstall your OS, just make sure you do a PROPER uninstallation of your nvidia drivers if you are switching sides.

Pros: - Performs really well with low temps - Looks amazing, has the best looking RGB in any other cards out there, period. - Nice build quality feel

Cons: - a bit pricier than other 5700XT's but to be expected with this level of build quality.

Overall Review: - Highly recommend to anyone looking for the best 5700XT.