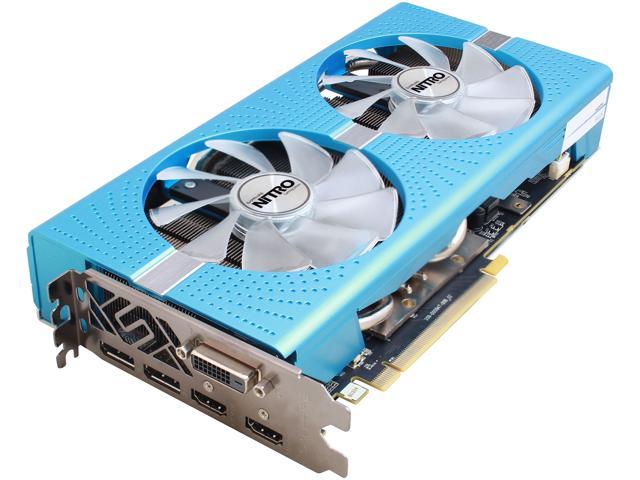 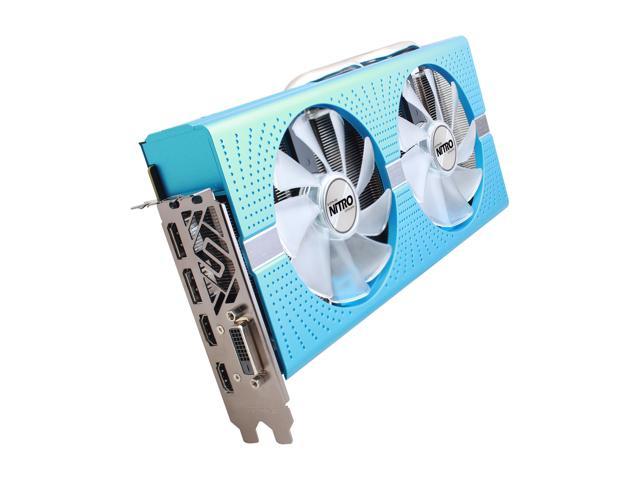 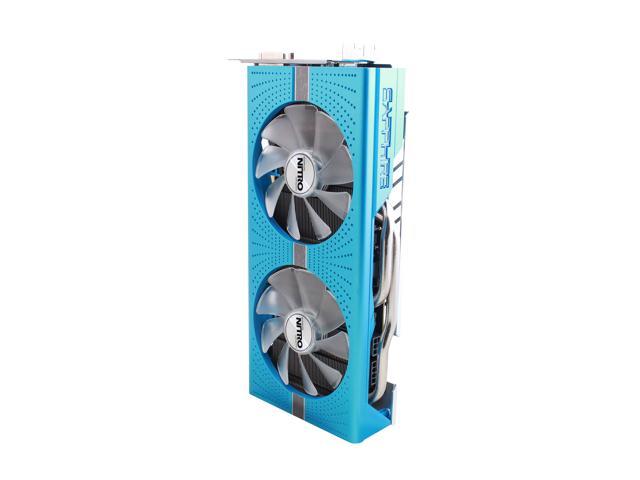 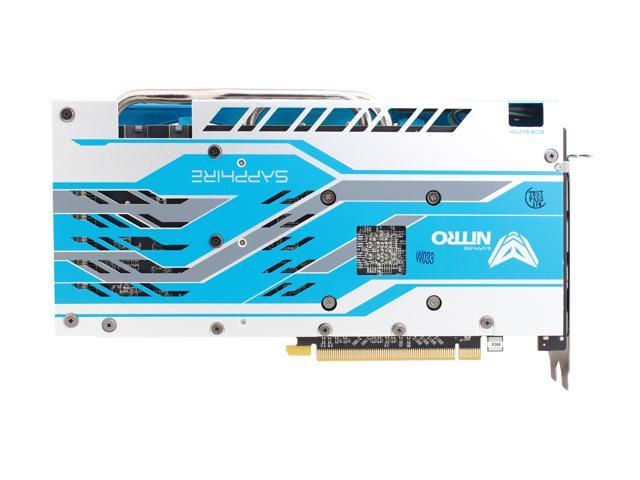 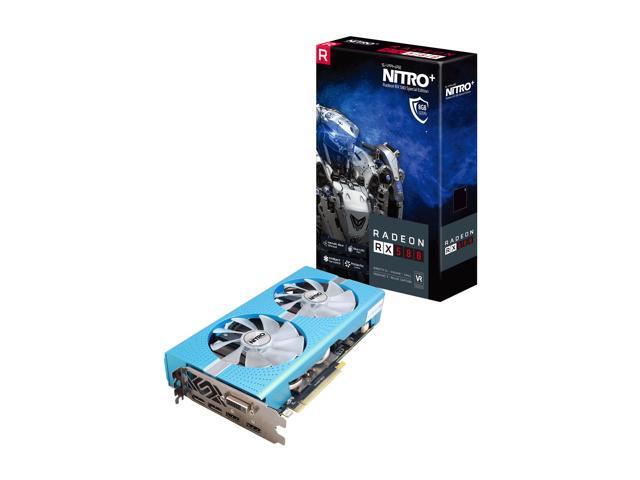 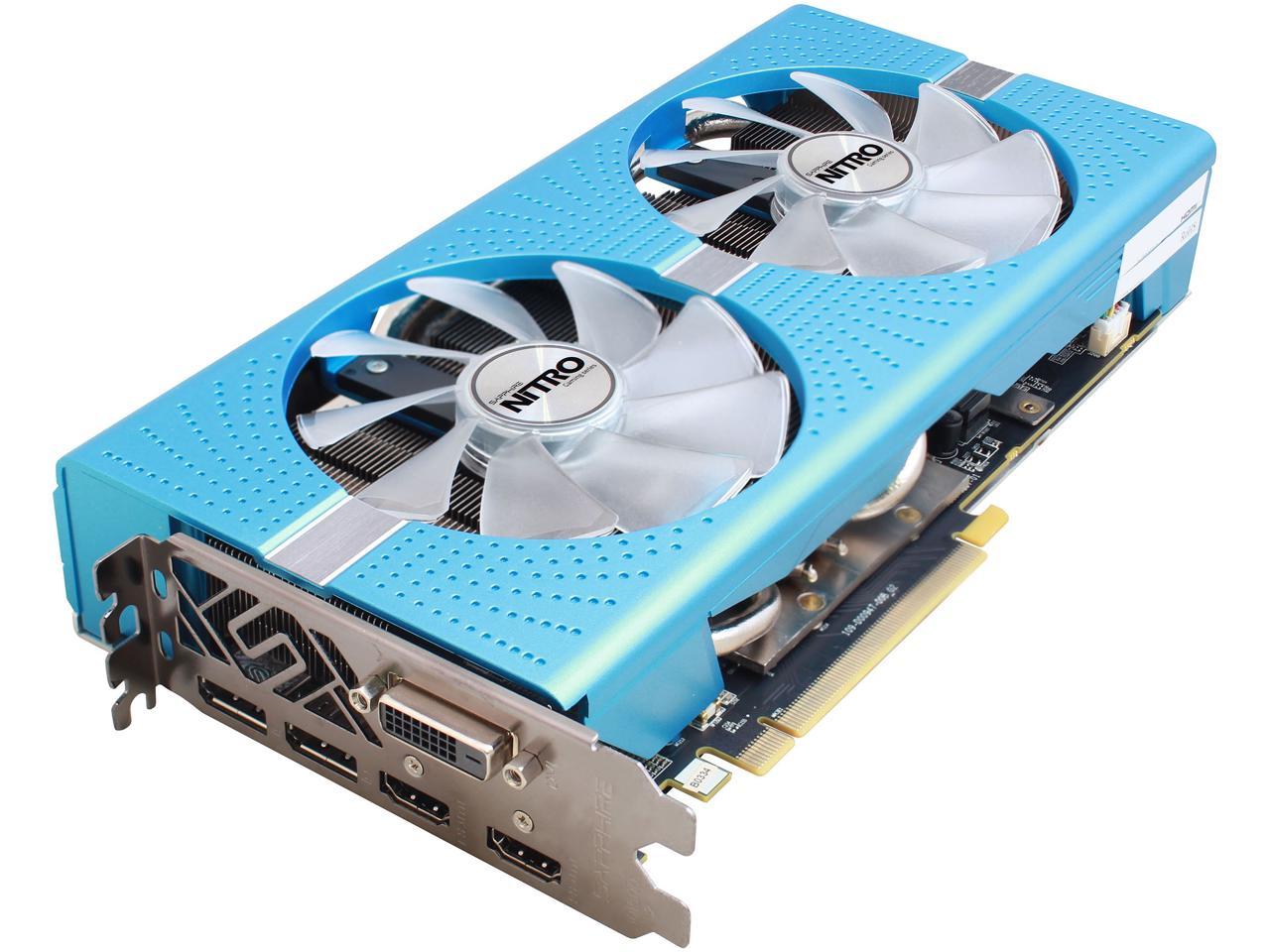 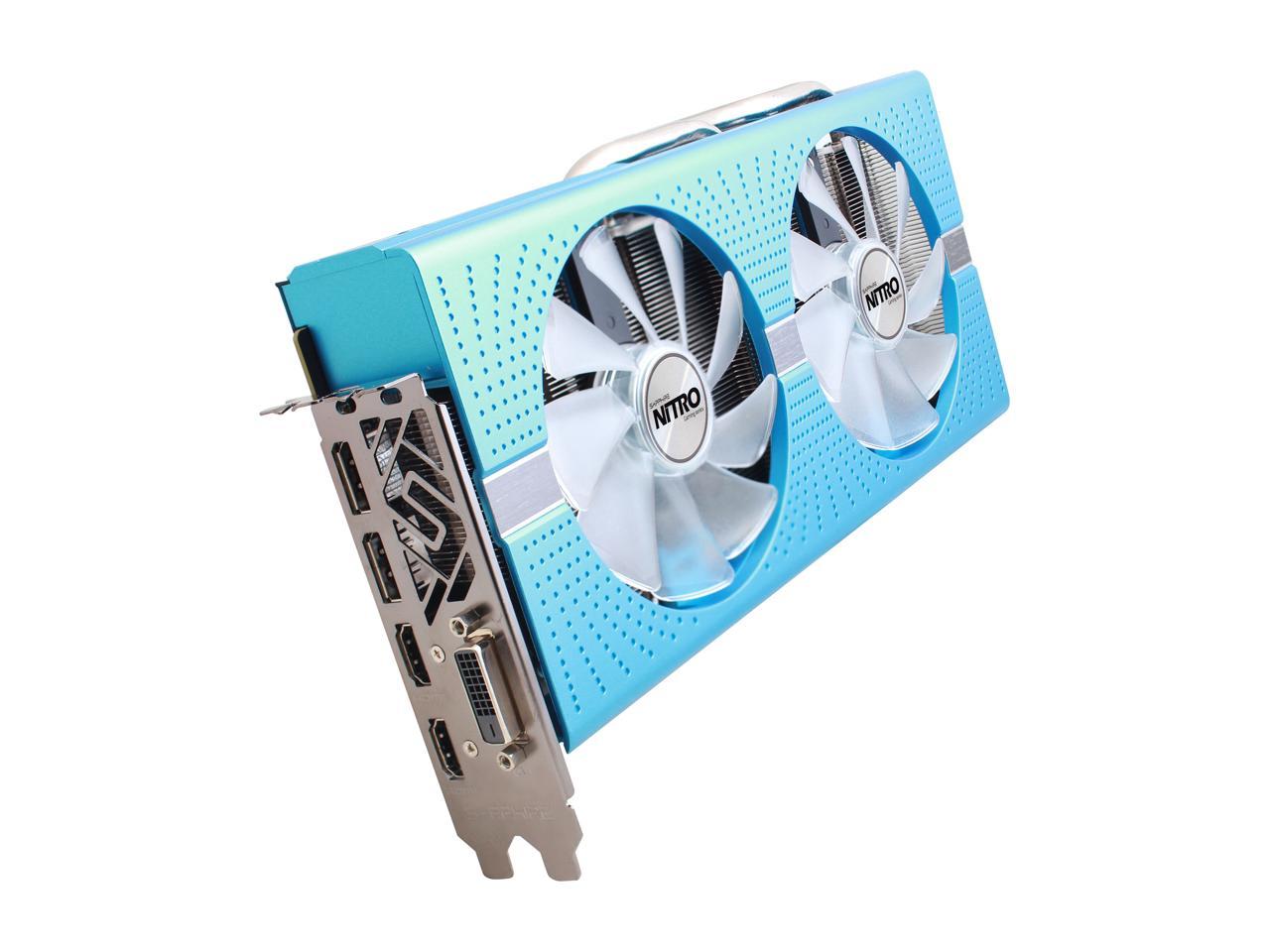 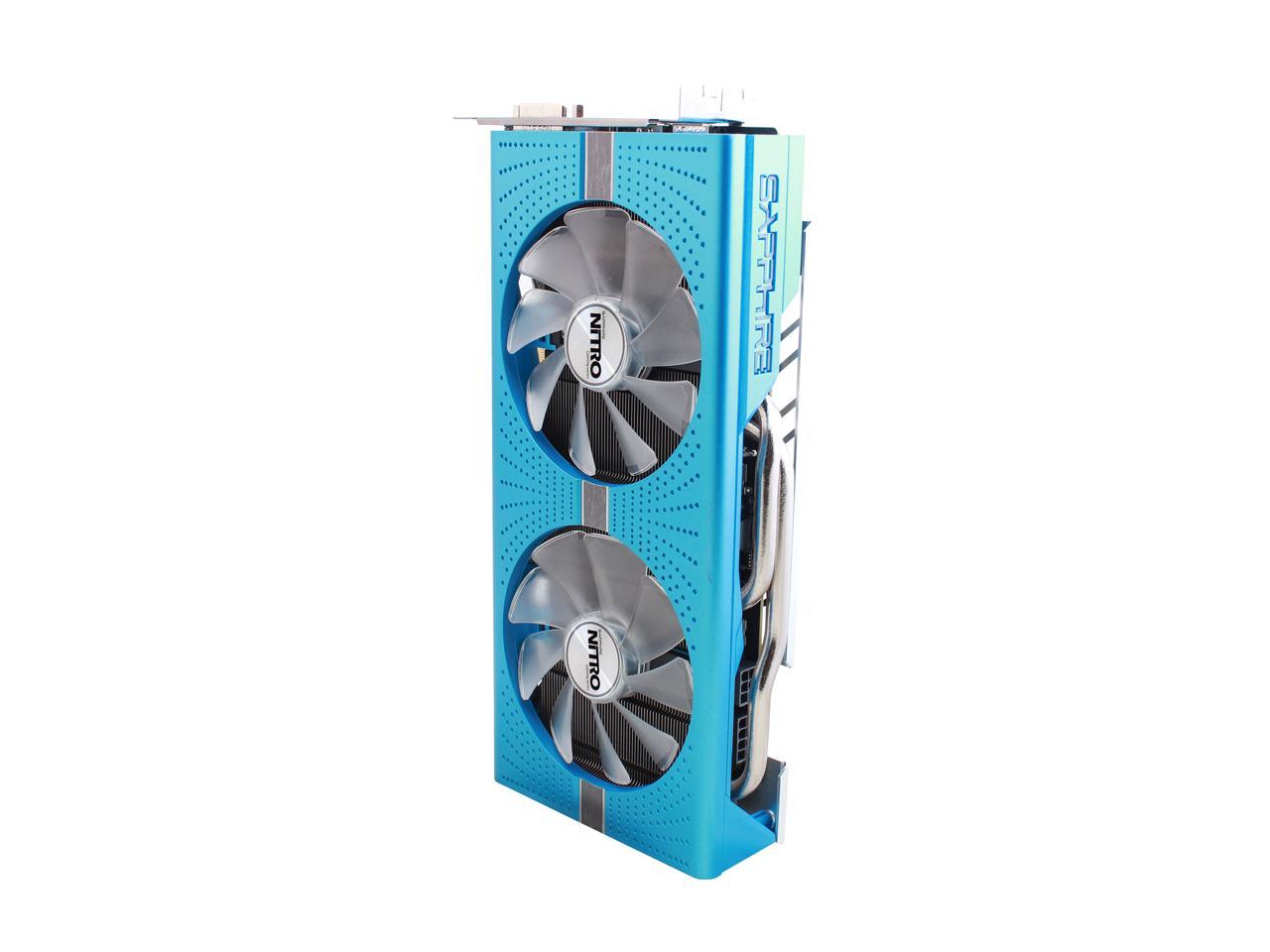 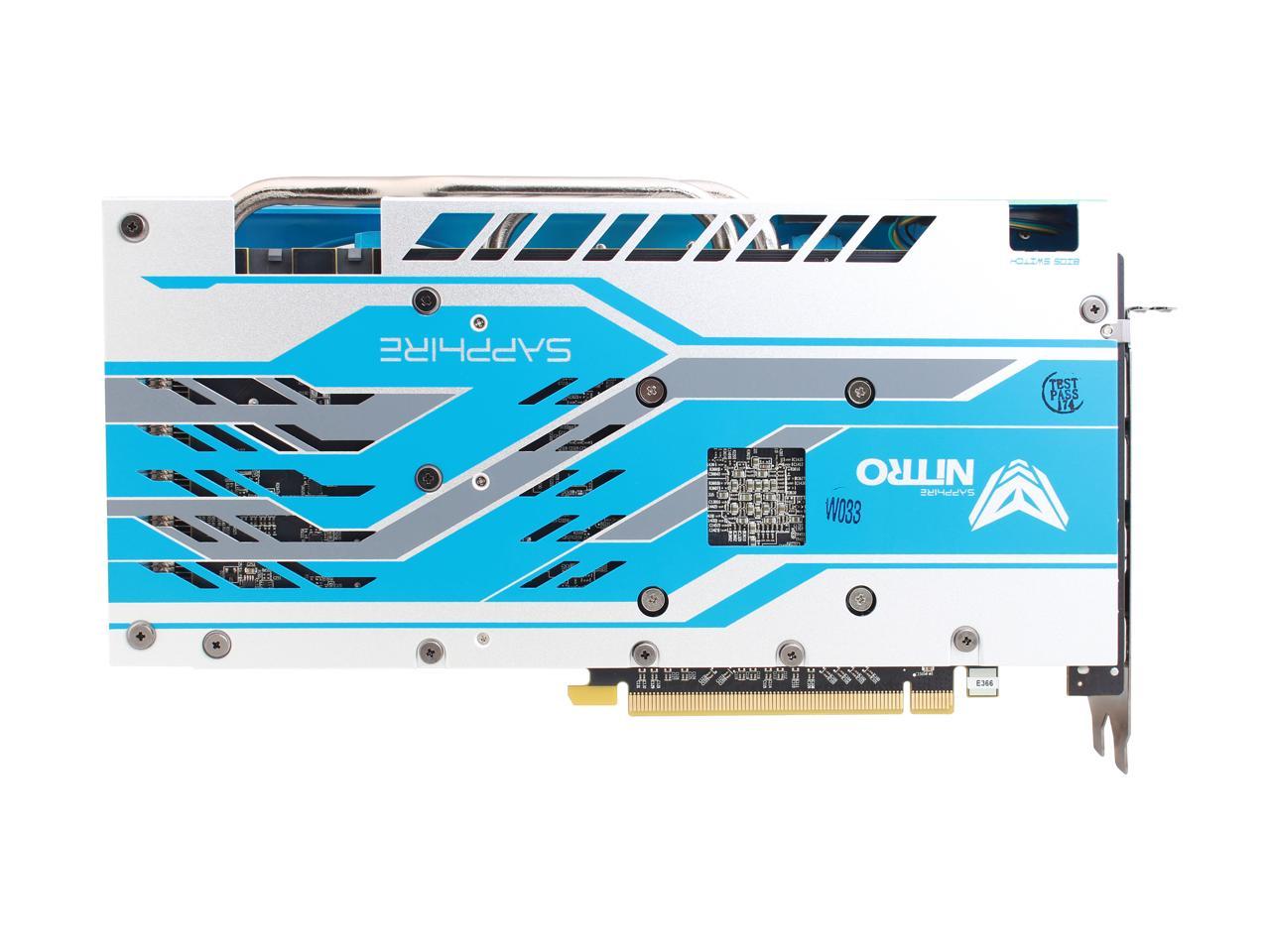 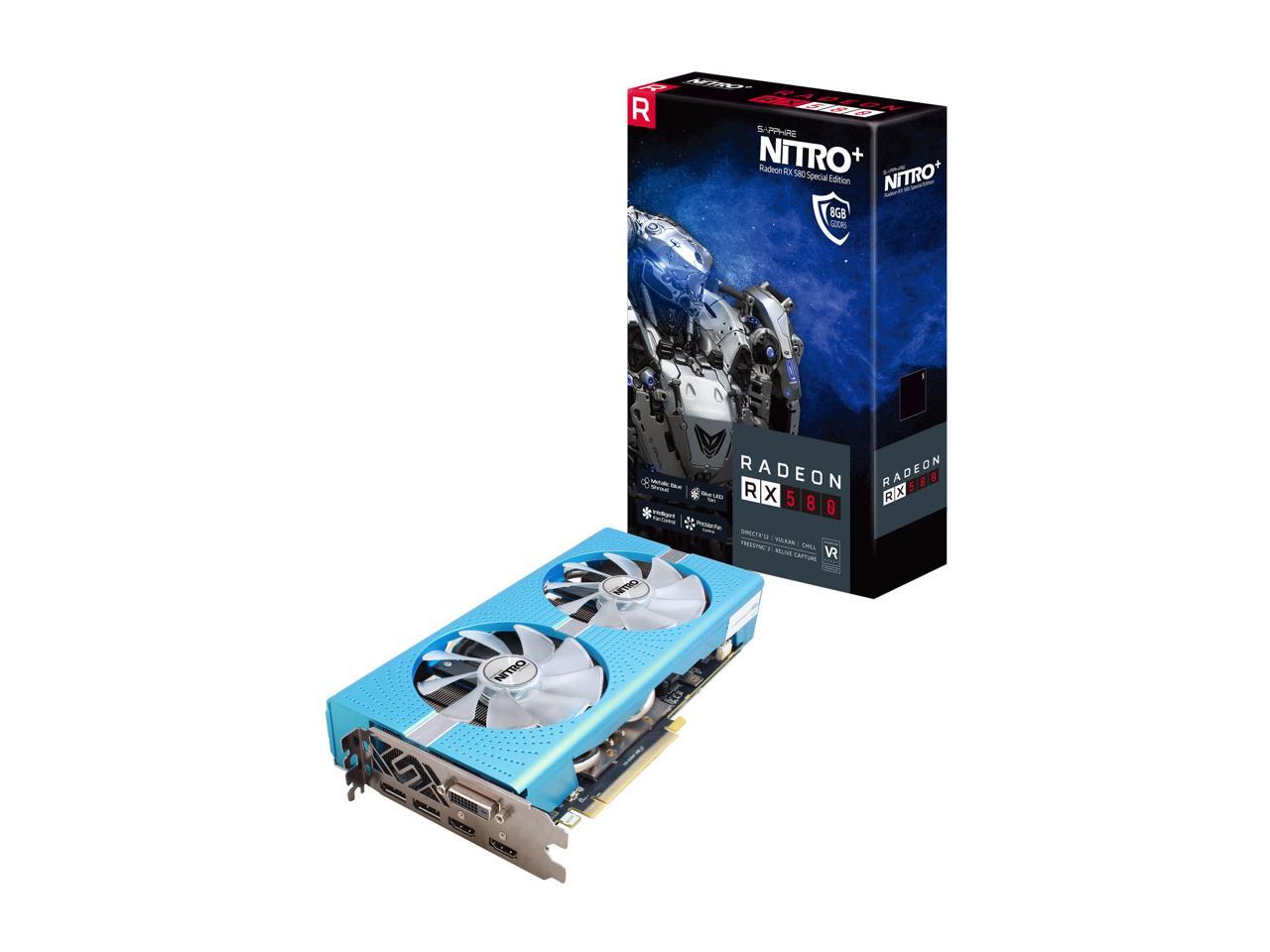 SAPPHIRE’s Quick Connect System provides a quick and easy solution. If there’s a fan issue detected, the user doesn’t need to return the entire card – SAPPHIRE’s partners will send out a replacement fan directly to the customer or the retailer. Please contact your place of purchase to request a fan replacement. SAPPHIRE’s channel partner will arrange the ideal solution for you to receive your replacement fan. We looked at the traditional axial fan design system, and found that the way it circulates the hot air back to the fan inlet resulted in a higher temperature over time. With NITRO Free Flow (NFF) we redesigned the airflow of the entire cooler and board, so that the hot air is expelled through the system fan instead, rapidly dissipating heat. The new NITRO Boost switch increases the boost clock and power limit for higher performance to unleash the gaming performance of the card.

Planning to overclock or looking for maximum performance? SAPPHRE NITRO cards come with an 8 pin power connector to plug in and enable Nitro Boost. These feature dual ball bearing fans, which have an 85% longer lifespan than sleeve bearings in our tests. The ports are HDMI 2.0b, the latest update, with an 18Gbps bandwidth, up to 32 audio channels, and is able to support 4K 50/60 resolutions like 2160P, whilst remaining entirely backwards compatible with older HDMI specifications.

High quality aluminum-made long life capacitor lengthens the life time of the product. Improved reliability and better overclocking are possible by using only high-polymer, aluminum capacitors which possess far superior characteristics than regular aluminum capacitor for a longer product life. When operational temperatures drop by 20°C, the product life span is extended by a factor of ten, when the operational temperature increases by 20°C, the product life span only decreases by 10%.

This product supports both Legacy and UEFI BIOS. By factory default, the card itself is under Legacy mode. By pressing the button with SAPPHIRE logo, UEFI mode will be easily enabled.

Sapphire product with “Dual Firmware Support” function equips the UEFI firmware that is digitally signed and approved by Microsoft for Secure Boot. With Windows8’s secured boot architecture and its establishment of a root of trust, the customer is protected from malicious code executing in the boot path by ensuring that only signed, certified “known good” code and boot loaders can execute before the opening system itself loads.

When compare to the legacy BIOS, system with UEFI has a much faster boot and resume time to the OS. Synchronizes the refresh rate of a compatible monitor to the frame rate of your content, however much it varies Monitor partners are validating with drivers from AMD now. Take your PC games to the next level of reality and immersion. Most modern games look great on three screens, and only AMD Radeon graphics offer you the ability to play across five screens for an eye-popping gaming experience. Other combinations and configurations with up to six screens work too.1 Create your dream display. Virtual Super Resolution (VSR) is an AMD feature that is game and engine agnostic to simulate Super-Sampling Anti-Aliasing (SSAA) in games that do not have native SSAA support. VSR can also be used in conjunction with other native in-game anti-aliasing for even more game graphics-setting control. VSR allows games to render at higher resolutions (up to 4K; see the ‘Virtual Super Resolution Support’ table, below) and then rescales them down to a lower native display resolution. Using this, you can get quality that rivals up to 4K, even on a 1080p display while playing your favorite games.

Your games now sound as good as they look

The expectations of gamers have never been higher. Graphics quality and processing speed have advanced rapidly, and the games of today are light years ahead of those from just a few years ago. But advancements in game audio have been more sporadic and less widely adopted.

Sound is a critically important part of the immersive experience for gamers and sound engineers are eager to advance their art, but they haven’t enjoyed the same kind of attention that continually drives graphics improvements. Until now.

What it means for gamers

By leveraging AMD TrueAudio technology, game developers now have the ability to recreate acoustic environments with incredible fidelity, and to bring them to every gamer. With AMD technology inside all the most popular “next-generation” gaming platforms, including the PC, gamers across the entire industry will finally enjoy the best audio today’s technology can offer. Watch the hottest Blu-ray movies or other HD content at full 1080p (and beyond !) display resolution. Enjoy a feature rich video experience with enhanced Unified Video Decoder 3 (UVD 3), offloading the bulk of the video decoding tasks from the CPU to the GPU allowing for a cooler, quieter and more balanced system.

In order to protect your card, the SAPPHIRE NITRO+ series cards have fuse protection built into the circuit of the external PCI-E power connector to keep the components safe. Standard industry fans may have up to 10% difference between their fan rotation cycles (RPM). With the new Fan IC Control on SAPPHIRE NITRO + graphics cards, this differential is reduced to 3%. This 70% improvement on accuracy ensures that cooling and noise performance of every NITRO + card is up to scratch. The SAPPHIRE NITRO+ cards are designed with robust VRM cooling and have a high thermal conductivity pad on the backplate to take away the heat efficiently and effectively.

The graphics card is more than another component; it’s the beating heart of your gaming system. It should look as good as it costs. With tasteful shroud design augmented by RGB LEDs, each card is practically a piece of art. You can even change the colours of the LED, for your own customized design. This can be controlled via software using the latest version of SAPPHIRE’s Award Winning Overclocking Utility – TriXX 3.0. Users can choose from a set of five different modes including Fan Speed Mode, PCB Temperature Mode or the colourful rainbow mode. If you prefer, LEDs can also be turned off. Our Black Diamond Chokes are 10% cooler and 25% more power efficient than a normal choke - and these Mark 4 Chokes reduce the coil temperatures by other 15% over the Mark 3s.