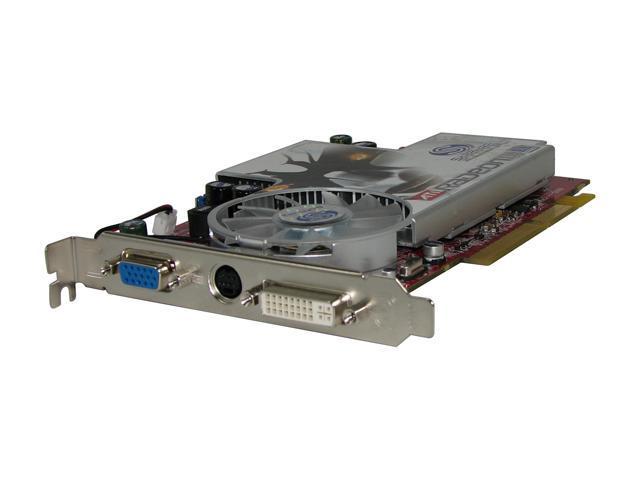 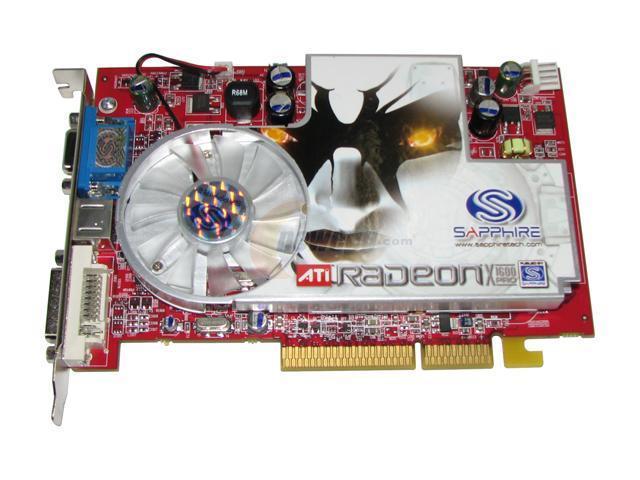 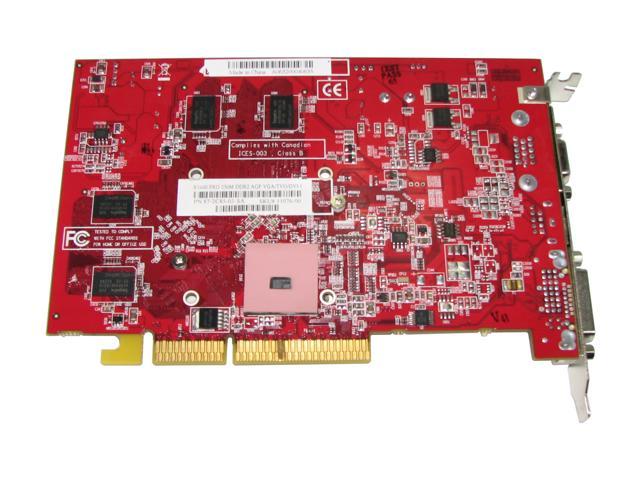 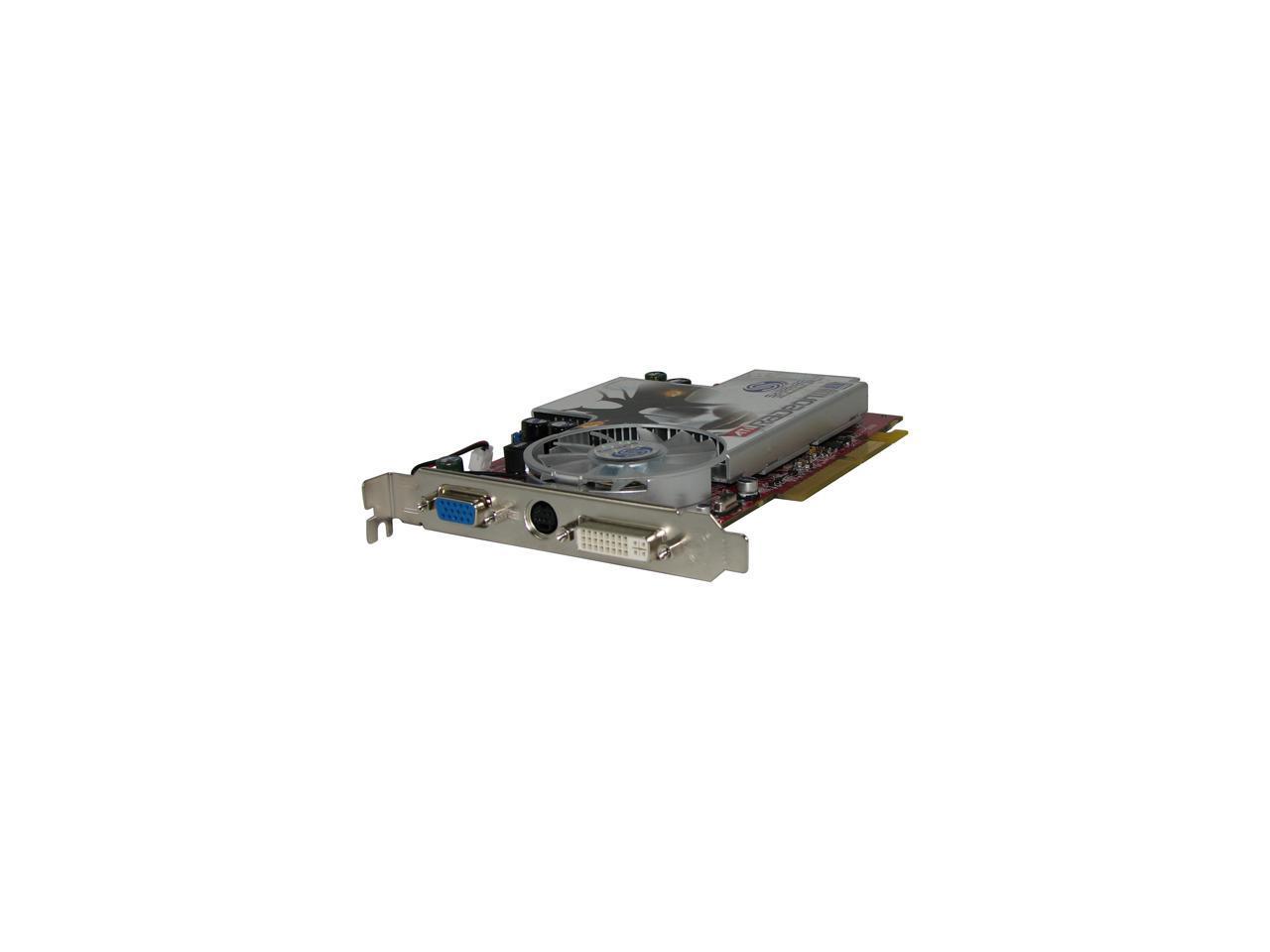 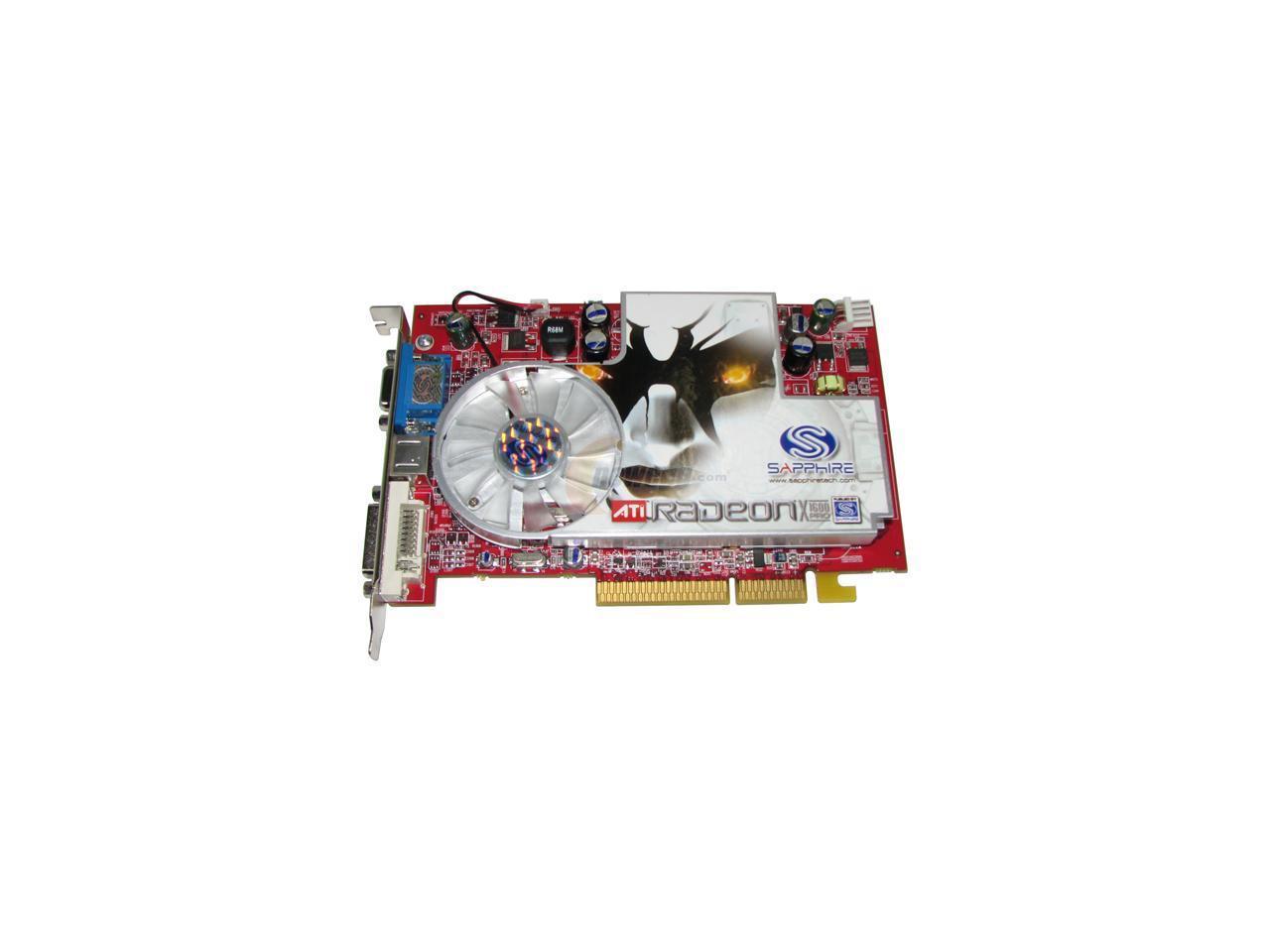 Pros: Downloaded the latest Radeon driver from ATI and it worked great right out of the box. A decent improvement from my 9600 series. Dooom3 60-75 FPS 1024x768 on high, 35-50 FPS on ultra. Cod 2 Directx9 medium settings 35-50, Directx7 everything maxed including AA never droped below 60 Fps. It was worth the price and should keep my gaming rig running for another year or so.

Cons: Catalyst Control Center, I did'nt like it back when I bought my 9600 and I don't like it now. I would have gave it 5 stars if ATI would offer something other than the CCC to adjust settings

Overall Review: You don't need the CCC to run the card, it will run fine with just latest Radeon drivers. Although I am also running ATI Tool version 0.25 Beta 14 amd I really like it. Out of the box the card idled at about 58 celcius which I thought was a little warm. This is because of the automatic fan control. I adjusted the fan speeds with ATI Tool and lowered the idle temp to 48 celcius.

Pros: Great performance, especially for the price. This card offers a solution to people with AGP-based motherboards who want to upgrade or update their systems. I went from playing Oblivion on "Low" to playing on "High" with HDR effects (based on the recommended settings). I was even able to play Half-Life 2: Lost Coast for the first time. Both games are very smooth at 1024x768 with high detail. I have a P4 2.53GHz with 1GB of PC3200 (DDR400) memory.

Cons: Increased settings for F.E.A.R. slightly, but performance is otherwise the same. Some recent games that aren't brand new may actually benefit less from this card than the latest and greatest games.

Overall Review: I had to replace a dying Radeon 9700 PRO. I removed the old card via device manager and shut down. I swapped the old card for the new and the CAT 6.4 drivers recognized it right away. Very simply changeover. The card is quiet. I expected louder based on comments and size of fan/heatsink assembly.

Pros: High benchmarks. Packed with features. I was pleasently surprised that mine came with a bunch of cool adapters. TV out works flawlessly.

Cons: The power plug was kind of cheap. I had a heck of a time getting it plugged in.

Overall Review: For the price, you can't go wrong. If the X800 or 6800 GS price is too steep for you, this is the next best thing in AGP.

Cons: This is actually a 4 pipeline card. The X1600 has 4 pipes and 3 shader processors per pipeline giving it 12 Pixel Shader Processors. That is why is marketed as 12. Older GDDR2 memory causes load times to seem somewhat longer if you are used to GDDR3.

Overall Review: Put this in my girlfriends machine for an upgrade from a 9600XT. Outpreforms that card around 30-50% depending on the application. But the load time as I mentioned was somewhat slower. Still if your using an ancient Video card and AGP this is your card on the cheap.

Pros: -More recent board and GPU ported to a widespread base of AGP users. -Quick and capable graphics -50-55 fps in HL2 non-HDR maps with highest settings, 20-25 on maps with HDR -Latest ATI enhancements

Overall Review: This was a big step up for me from a Radeon 9600 Pro at a very good price. FPS improved across the board and the system seems a little more snappy. Benchmarks with some non-mainstream code revealed that this card is a little over twice as fast as my previous Radeon 9600 in 3D intensive tasks. It was just about the same in 2D tests (strange). I recommend this card to anyone still using good ol' AGP graphics. Modern card for your older, reliable board.

Pros: This card can breathe new life into an AGP system depending on the card your upgrading from. The difference in performance was leaps and bounds above the FX 5700(Multimedia) I was using. Only hard-core game I'm playing now is Oblivion and I go from 640*480 with no eye candy to 1280*1024 with almost all eye candy and still keeping mostly good frame rates (except in very "busy" battles). There are better AGP cards, but this shouldn't disappoint.

Cons: It wasn't free and it didn't instantaneously appear after purchase. Seriously, no complaints whatsoever.

Overall Review: Thank you newegg for making first purchase a pleasure. Purchased on a Sunday evening and received it on a Tuesday afternoon with 3-day shipping option thru UPS. NEWEGG ROCKS!

Pros: This card is, simply put, amazing. I installed it into my motherboard and, from the moment I played the first game with it, I was in love. I first used it to play The Elder Scrolls IV: Oblivion, and it ran it at nearly max (with HDR) quite well, making me a happy Argonian. I next tried Half-Life 2 and Counter-Strike: Source, completely max, no lag, absolutely beautiful. This card continues to amaze me time and time again. Thanks ATI and Newegg.

Cons: The shipping that was 'supposed' to take 3 days ended up taking a total of 6 (5 business days), not the greatest response time, but for what I got, I can handle it.

Overall Review: Easy to install and quiet as can be. For the price this is absolutely amazing, I've never had such performance for such a price (or such performance, ever, really!). I can easily pull 50 Frames Per Second in Half-Life 2 and Counter-Strike, everything maxed with High Dynamic Range. Even the most stressful games fall on thier knees with this card. Simply amazing.

Pros: Pushed 100+ frame rates on most games FarCry/SpearHead etc. with everything cranked on high-highest, AA too. Nice graphics when it's running.

Cons: Don't try installing without first removing all video drivers ATI & CCC. I did and got a bunch of lines first, removed all drivers, used ones on cd and it fired up fine. extra power cable flaky...cut in and out, had to move it around in the case a bunch before it settled down. But no matter what drivers, (i updated lastest bios, mb drivers, video drivers, tried omega drivers, removed and cleared registry) but card would flash wide hoz. lines between scenes, lock-up sometimes, would be recongnized by any ATI tools, and randomly shut 3D games completely down. I fooled with settings and drivers for over 3 days. Sometimes could get an hour or two of play before shutting down. AMD 3200 Ath, ASus mb 7n8ex delux, 1 gig cosiar, and old 9600 pro by sapphire also. it works but it's slow.

Overall Review: old 9600 pro would hang up, but now I update to value cosair 1 gig ( 2 512 in DDR) and all is better with card. only 50 frames though on avg with games. I hope sapphire/ASUS/ATI work out some drivers cause I'd love to keep the card, it kicks boot when working, twice as fast as 9600pro