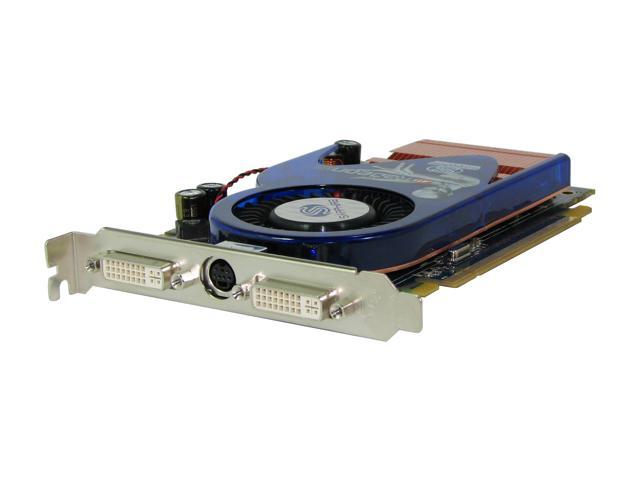 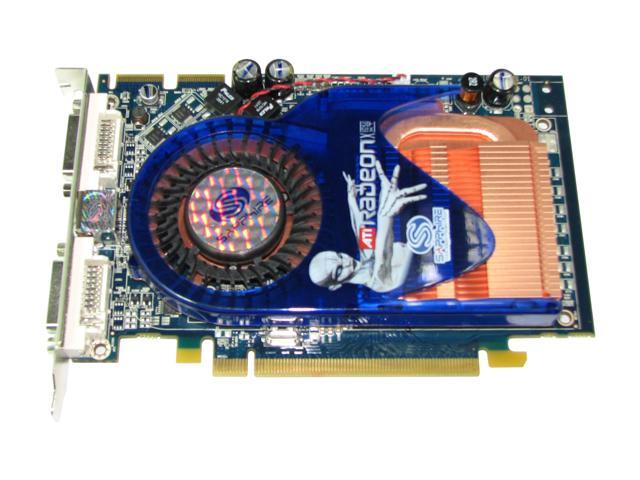 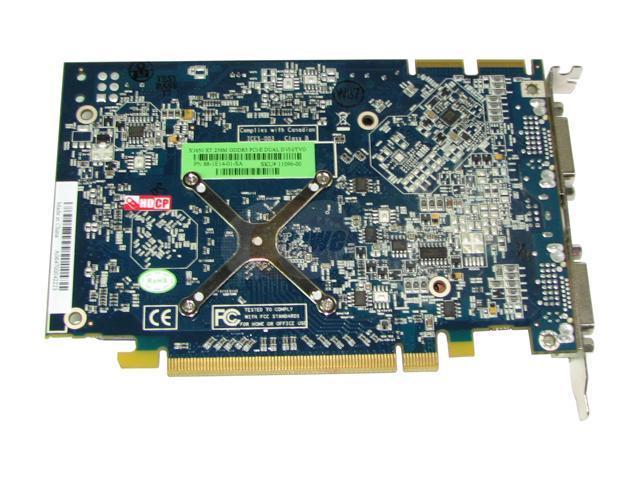 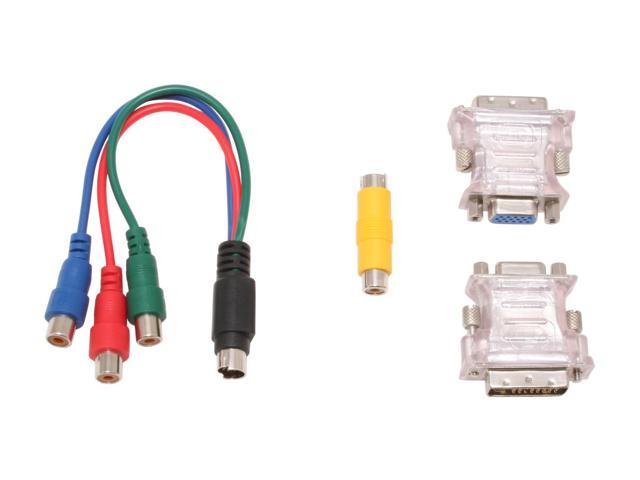 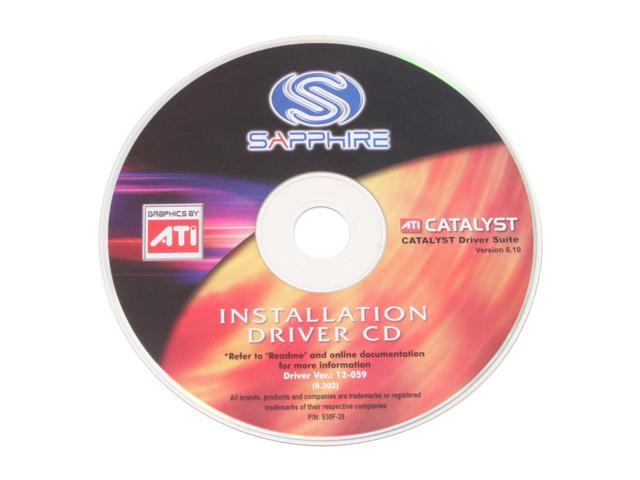 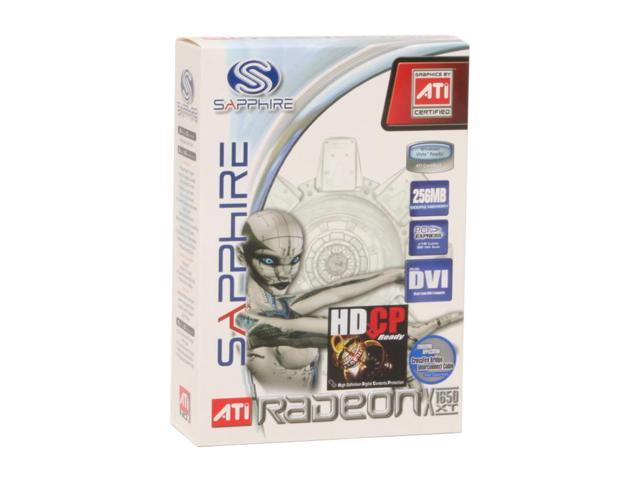 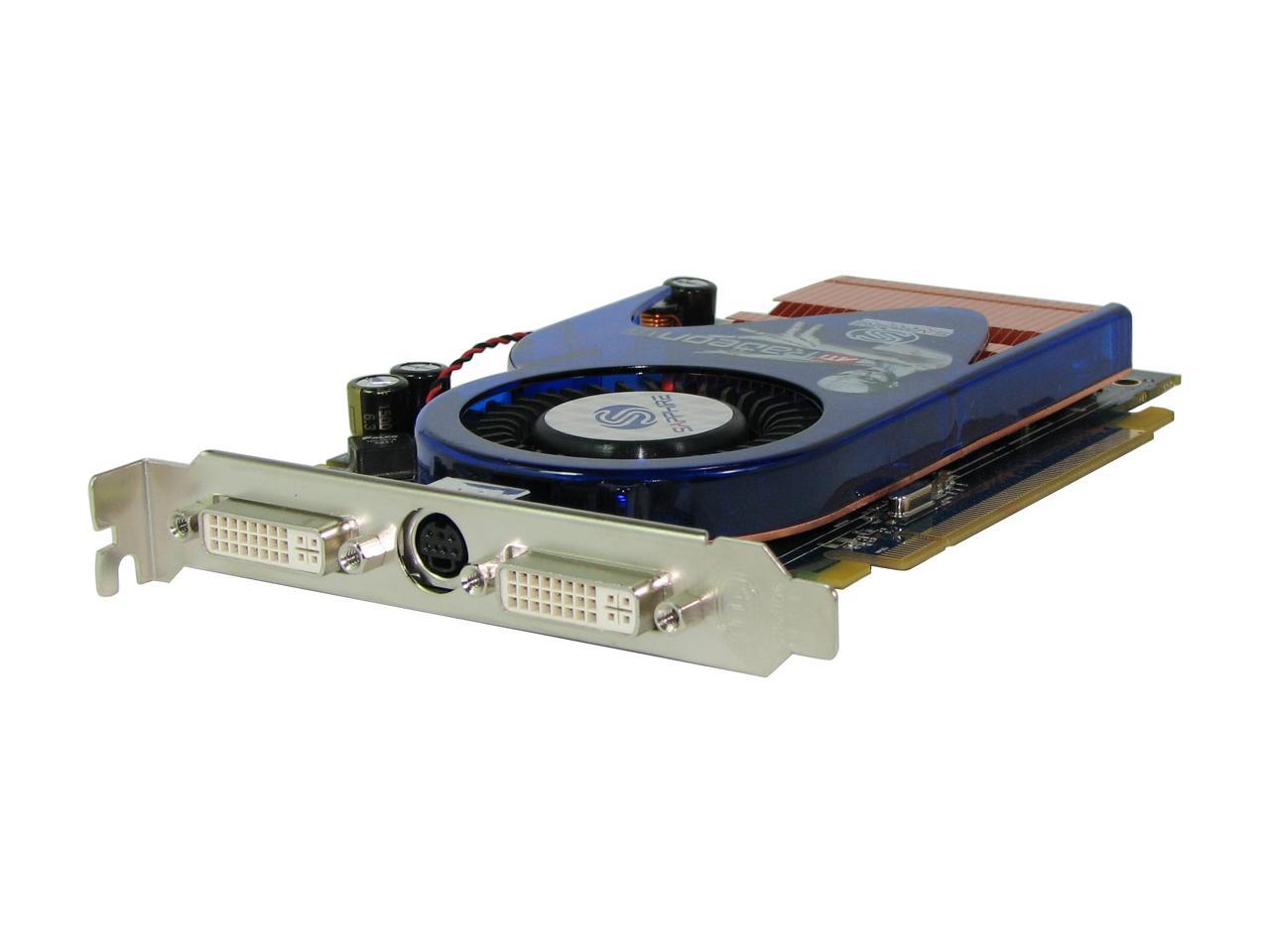 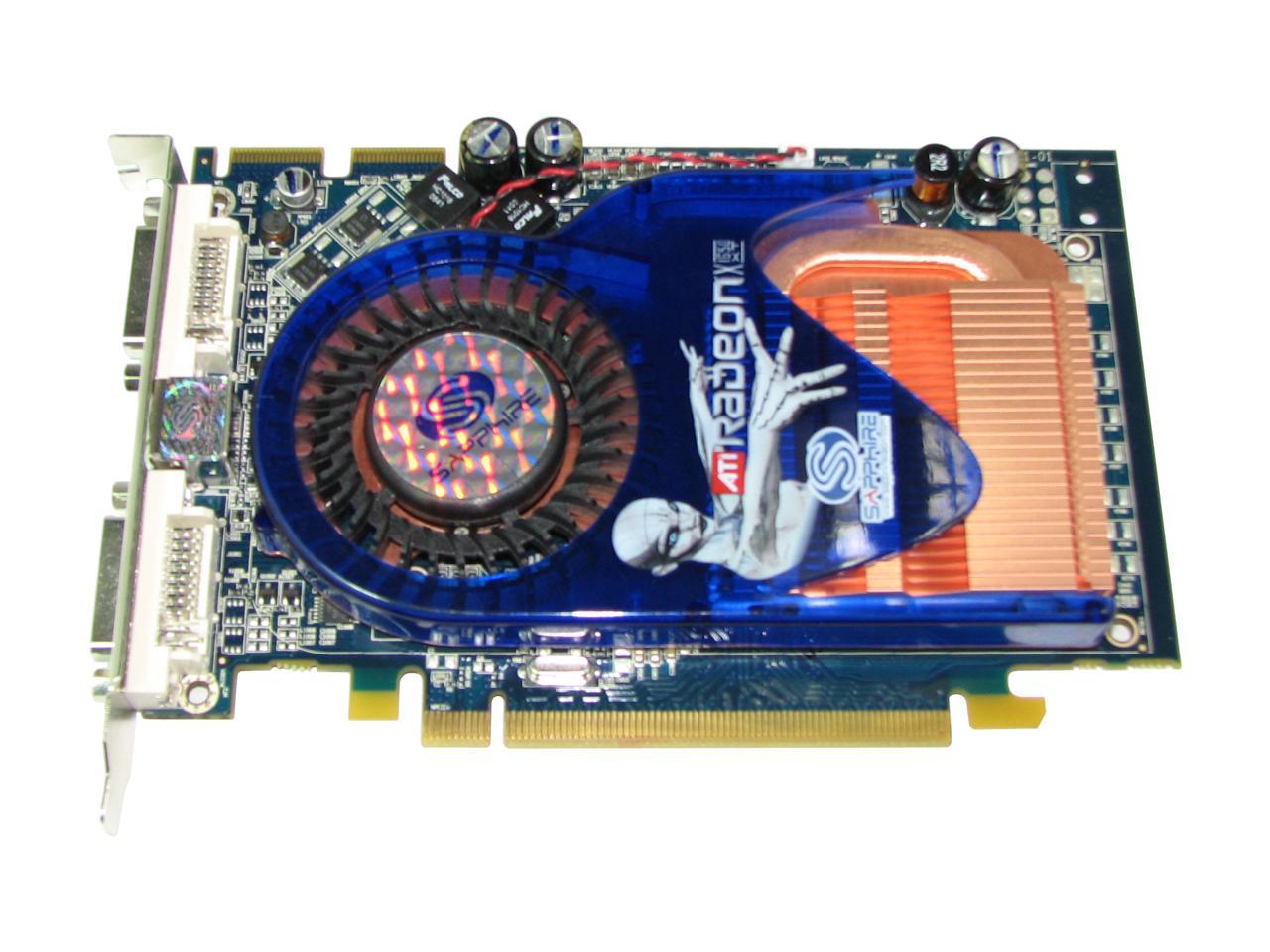 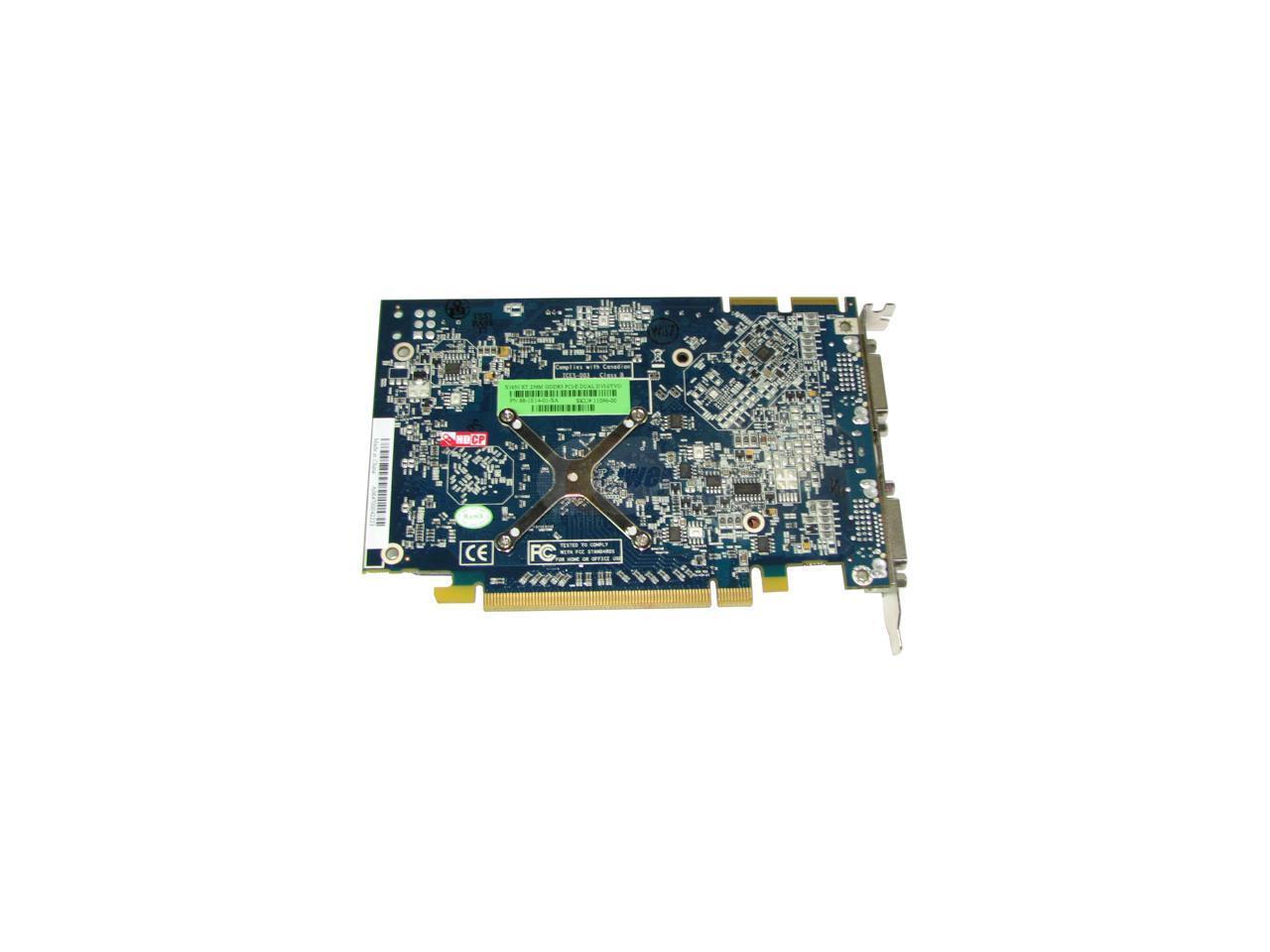 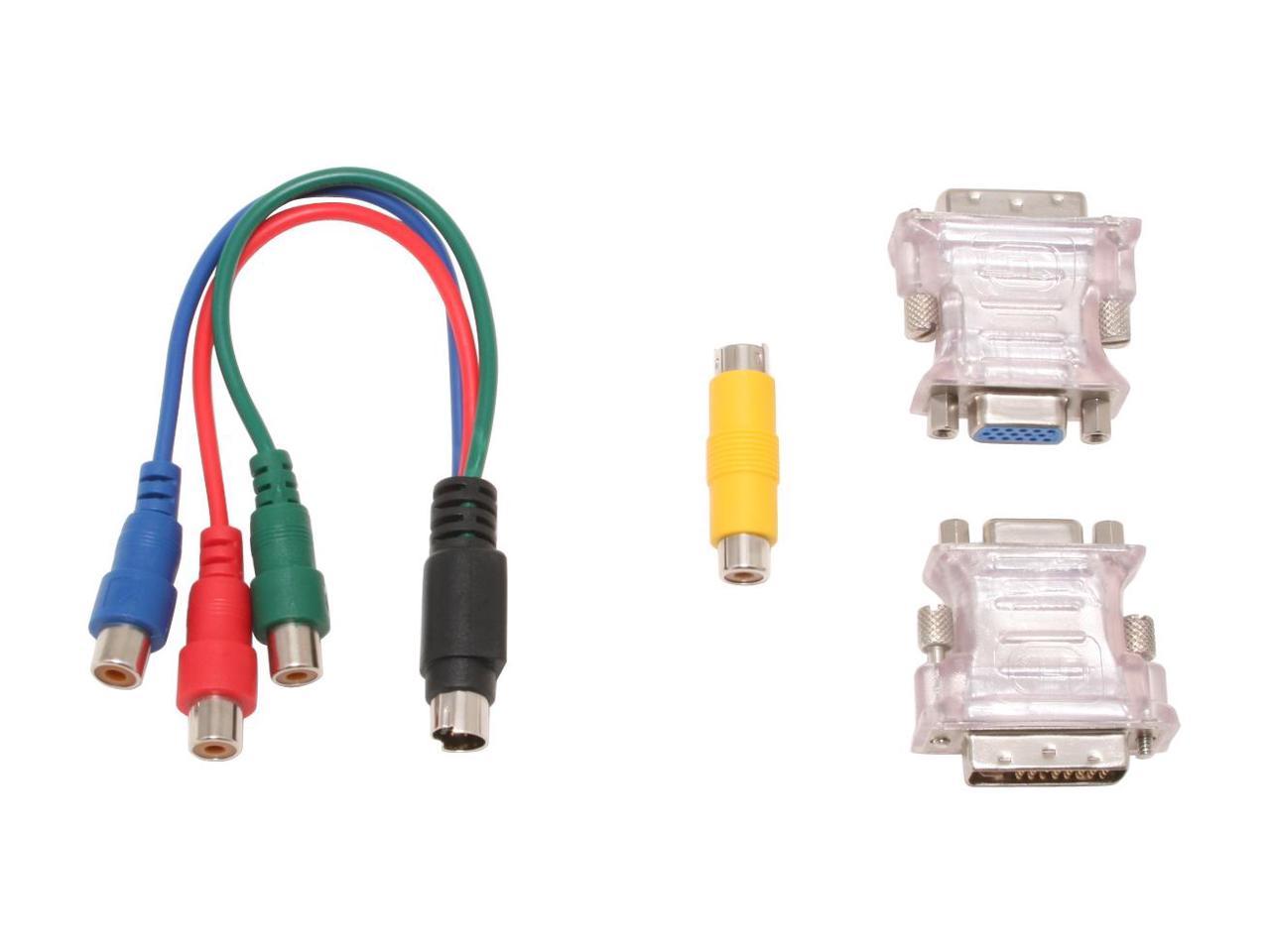 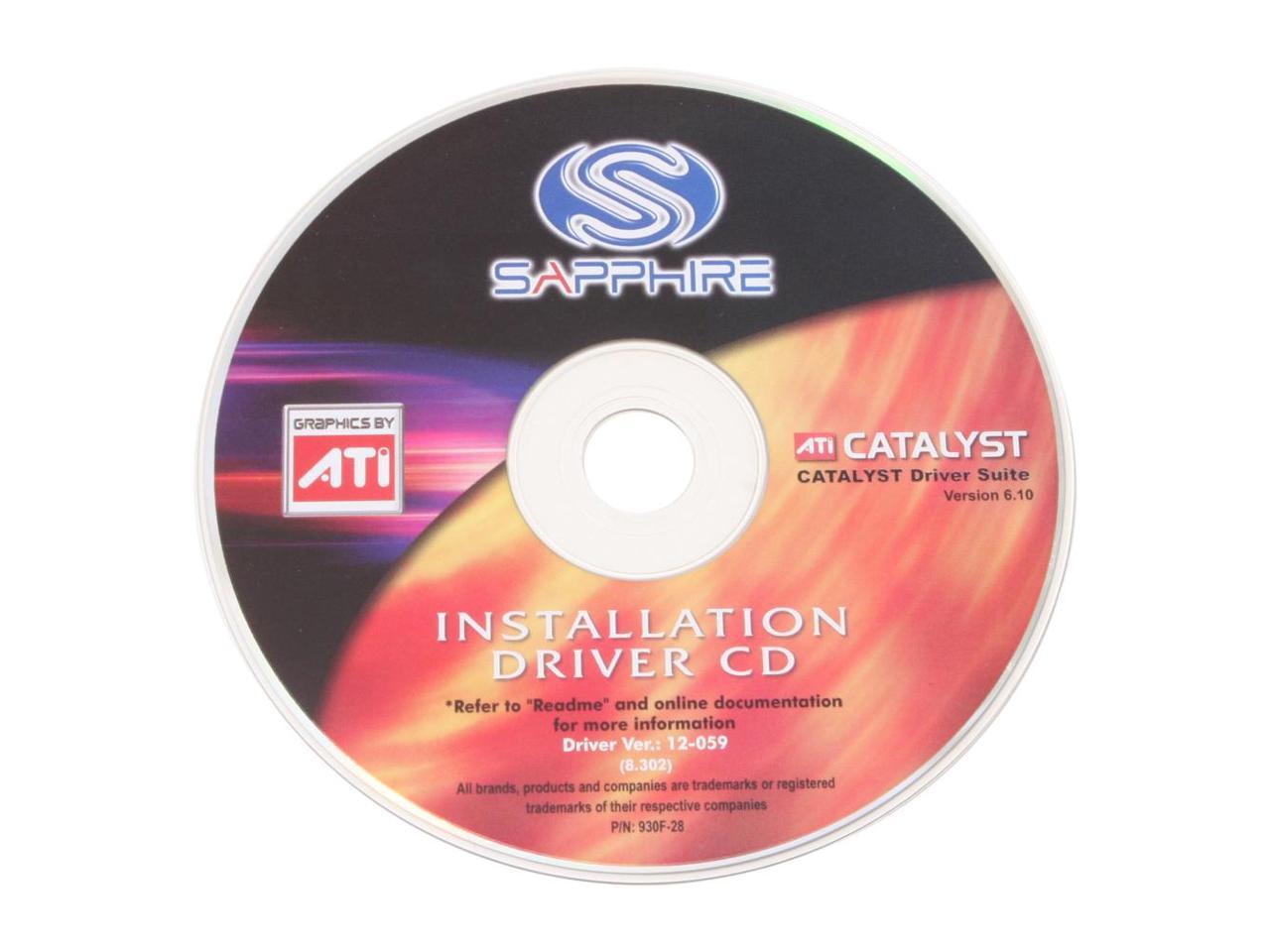 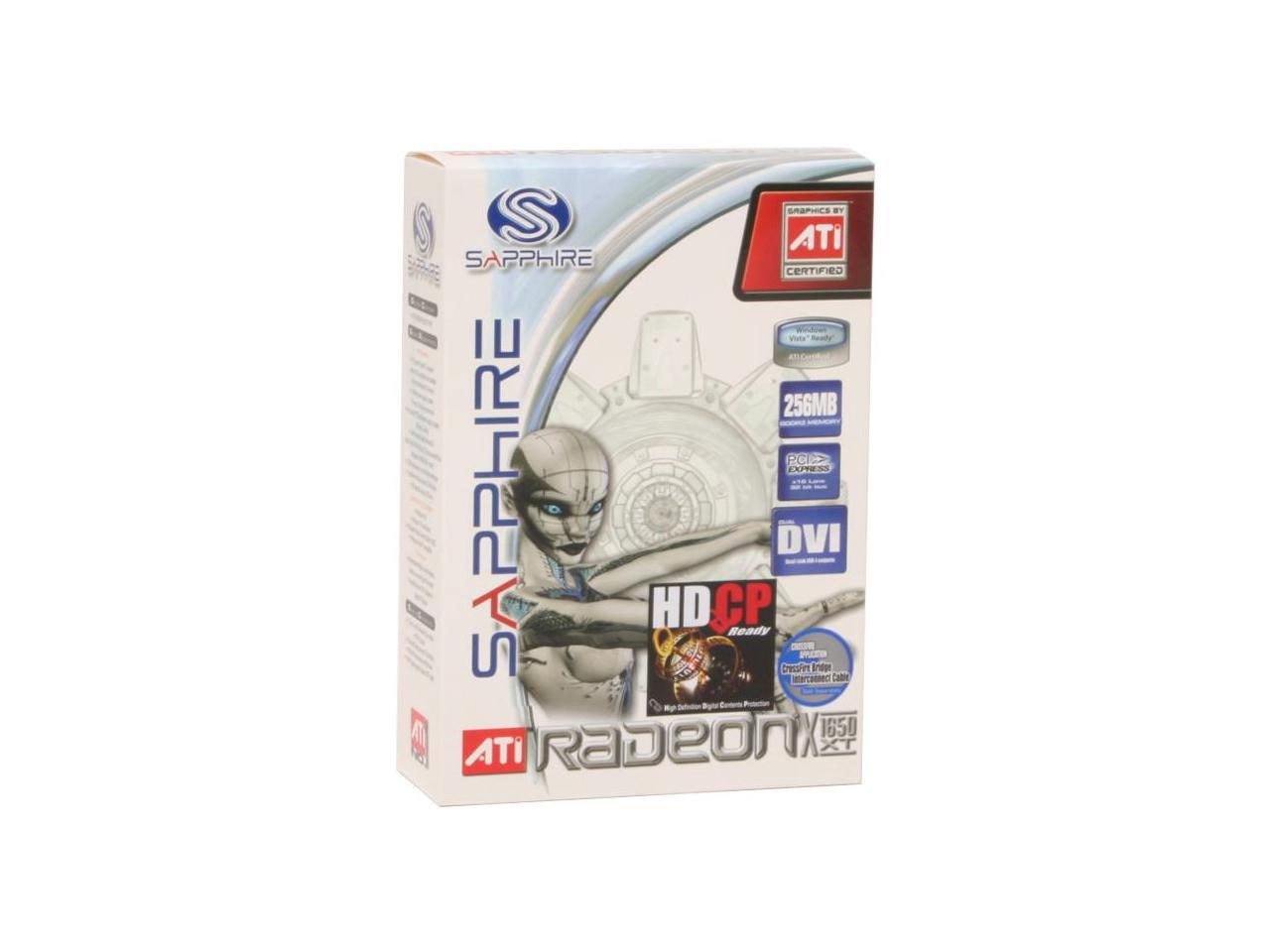 (81) Write a Review
OUT OF STOCK.
Specs
Reviews

Pros: Exceptional performance in games, low power requirements (since these cards do not have an external PCI-E power connector, they draws current entirely from the PCI-E slots, which are limited to a maximum of 75 Watts each).

Cons: Heat! (Reliability? In a strange twist of fate, just before I was about to write a positive review, the memory on the newer card has gone bad, and I am forced to RMA it to the manufacturer after 2 months of moderate use. However, my comments on the performance and features of the card still stand.)

Overall Review: I originally purchased one of these, then shortly decided to buy another to use in a Crossfire setup. Setup was simply: install the cards, add the bridges, install the drivers, and it works! High scores in 3DMark06 (6500-ish), and excellent 3D game performance, too. In Crossfire mode, there were two problems: in Scissor mode, the split was visible as a 1-pixel horizontal line. In AFR mode, the frames had slightly different black levels, causing a noticeable flickering. I eventually discovered that the older card had an unusual BIOS version: 1XX-XXXXX-XXX. I updated the card to match the newer one, 11X-1E1401SA-002, and the problems disappeared! The first card also came with a loose heatsink. I removed it, removed the overly-generous portion of factory thermal paste, used some AS 5 and reattached the heatsink. It was better, the average temps decreased by 5-7°C, but the heatsink still loose. The newer card did not have this problem. Both ran about 60°C idle (at default fan speeds)

Cons: Runs way hot. Follow peoples advice, and make sure you have an excellent cooling setup with *plenty* of airflow. On 2 of our workstations, any 3d action results in a computer shutdown due to overheating.

Overall Review: My company bought 5 of these cards to push 24" & 30" LCD - which they handle with aplomb. The heatsink / fan does not have a tight fit over the GPU / RAM, which I assume may be part of the heat problem.

Pros: This is one of the best video card for the buck. Fast, crisp, vivid color for most games and most video applications and studio applications such as Adobe Premier, Adobe photoshop, etc...

Overall Review: It would be nice if this card also have 512MB version for a few more bucks. :)

Pros: This card is great for any one who is looking for a new card, but they don't have a lot of money for one of the high end cards. I am playing Supreme Commander on high graphics with very very little lag. I haven't had any problems playing WOW, or CnC 3.

Cons: This card runs HOT, and I mean hot, I idle around 65°C, and around 70°-75°C while playing Supreme Commander. The drivers that come with this card are bad, if you are going to use Duel Displays you have to upgrade the drivers, if you don't the screens will flash at the windows start up screen, but the Catalyst Control Center the comes with the new drivers doesn't work, you will need to use the CCC software that came with the card, but you will need to get the new drivers on-line.

Overall Review: This card is great, I put some AS 5 down and it lowered the temps by about 5°C, getting the heat-sink off was not that hard, but the screws are very small, and a little annoying. My cards front plate came bent, and wouldn't fit in my case, but i easily bent it back and it fit like a glove. This card is great for any one with a small budget, it can handle the high end games, but it will not empty your bank account. I love Newegg, and i will keep on buying from you guys, YOU ROCK!!!!!!!!!!!!!!

Pros: So far my FPS on WoW and other such games is a constant 75 with all options on. Halo 2 is running at 45 FPS all the way cranked up so far so good.

Overall Review: it does sometimes get a little hot under full load it idles around 71 degrees celcius but i have it overclocked with ATI Overdrive

Pros: This card is an amazing buy for the price. Everything seems like its out of Slow-Motion mode. I get between 60-100 FPS on Half-Life 2 at almost max settings. Newegg makes it easier than easy, I ordered this product without a hitch and I received just the right information about what was going on by e-mail.

Cons: right out of the box it ran a little hot (70°C) probably not a good thing. I also had a problem with the driver CD and windows vista. my computer would actually crash (blue screen) on shutdown... SOLUTION: got ATI tray tools [beta] to tweak the fan settings, I am sustaining it at about 50°C now and updated to the latest drivers. now it works PERFECTLY. easy enough but makes sure you have some technical knowledge especially if your running a stock computer or windows vista like me. [especially compaq]

Pros: Great card, especially when moving up from an x300. Could not believe how much better everything looked on my hdtv. Videos are crisp and clear. Also, I don't think I've seen HL2 with out stuttering on any machine.

Overall Review: I love this card it is a must buy.

Pros: I stepped up to this card from an X800 Pro and WOW! I didn't expect this much of a performance jump. I am not the most demanding gamer/user out there, but so far (just like the 9800xt and the X800pro) this card will keep me loyal to ATI when it's time to upgrade again.