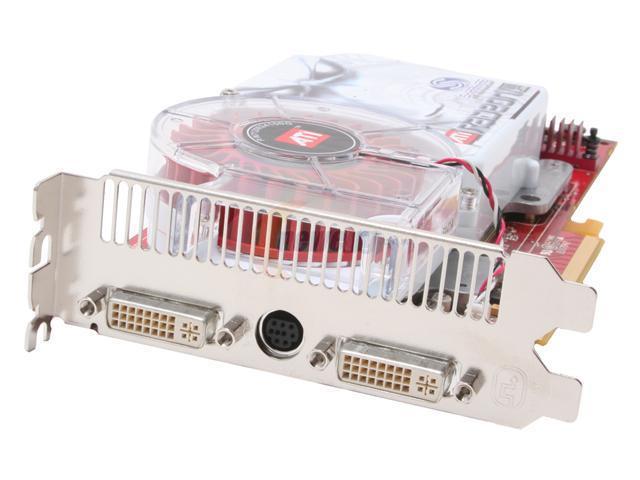 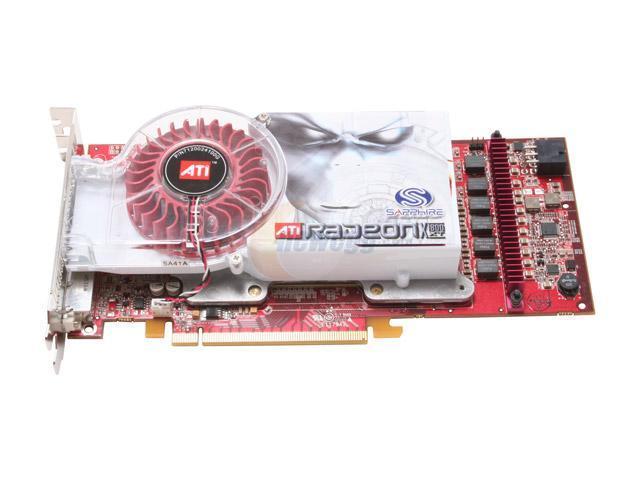 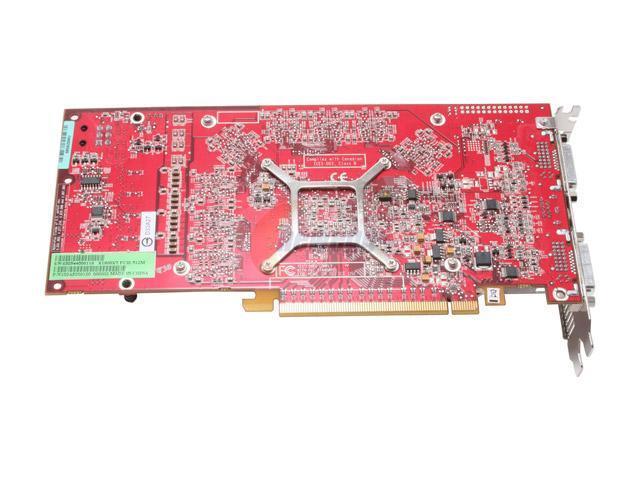 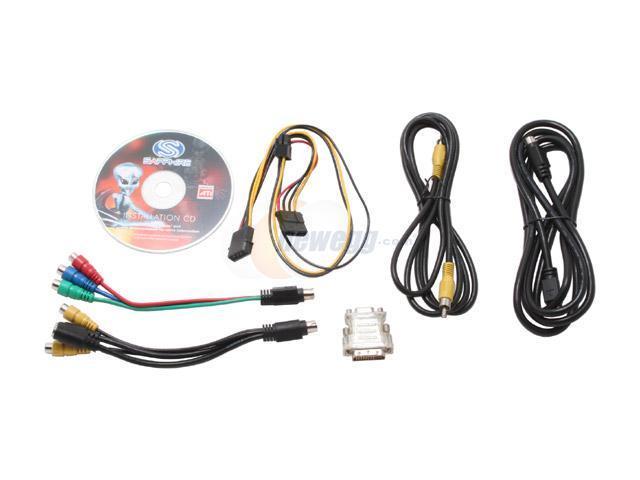 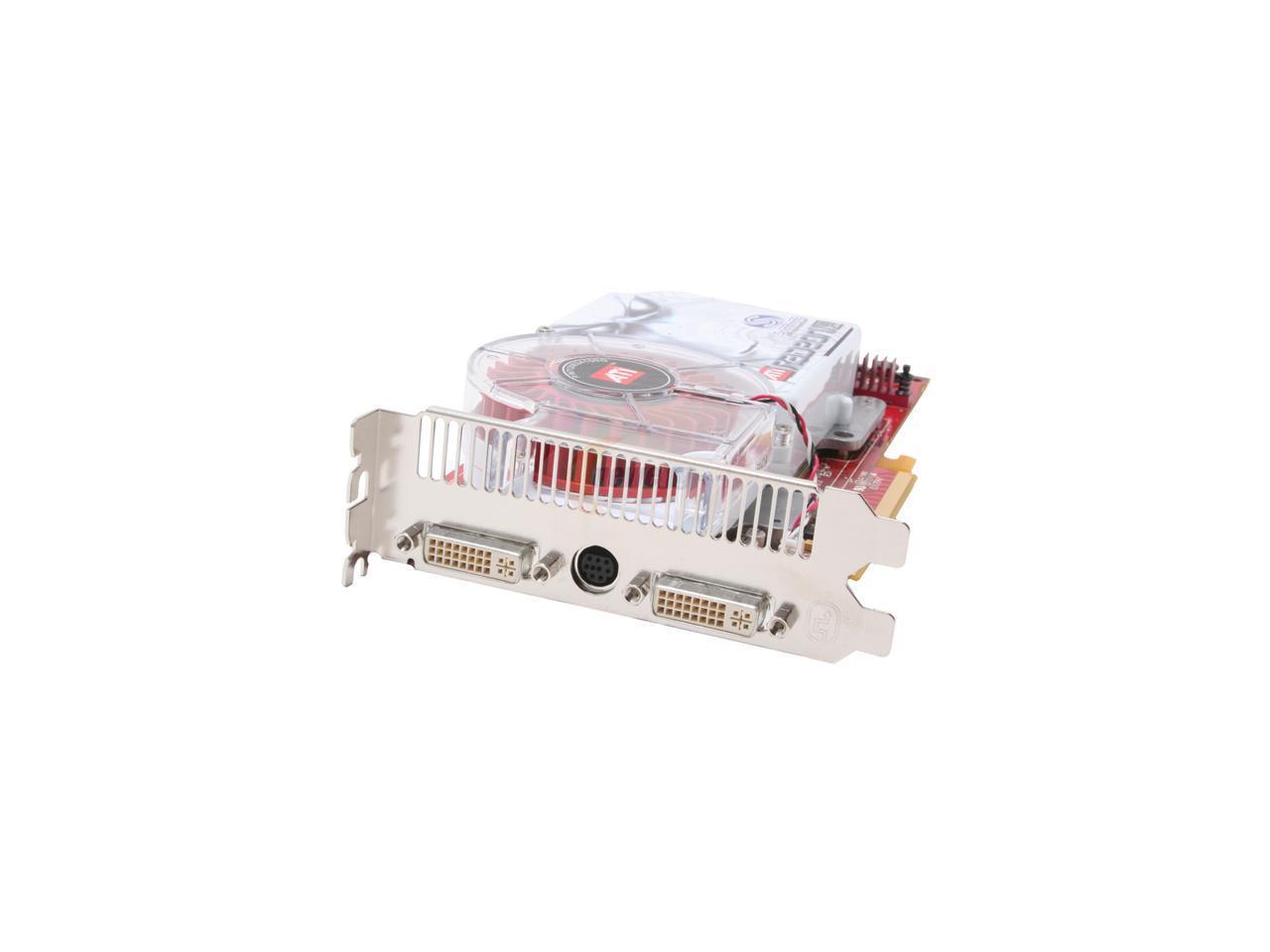 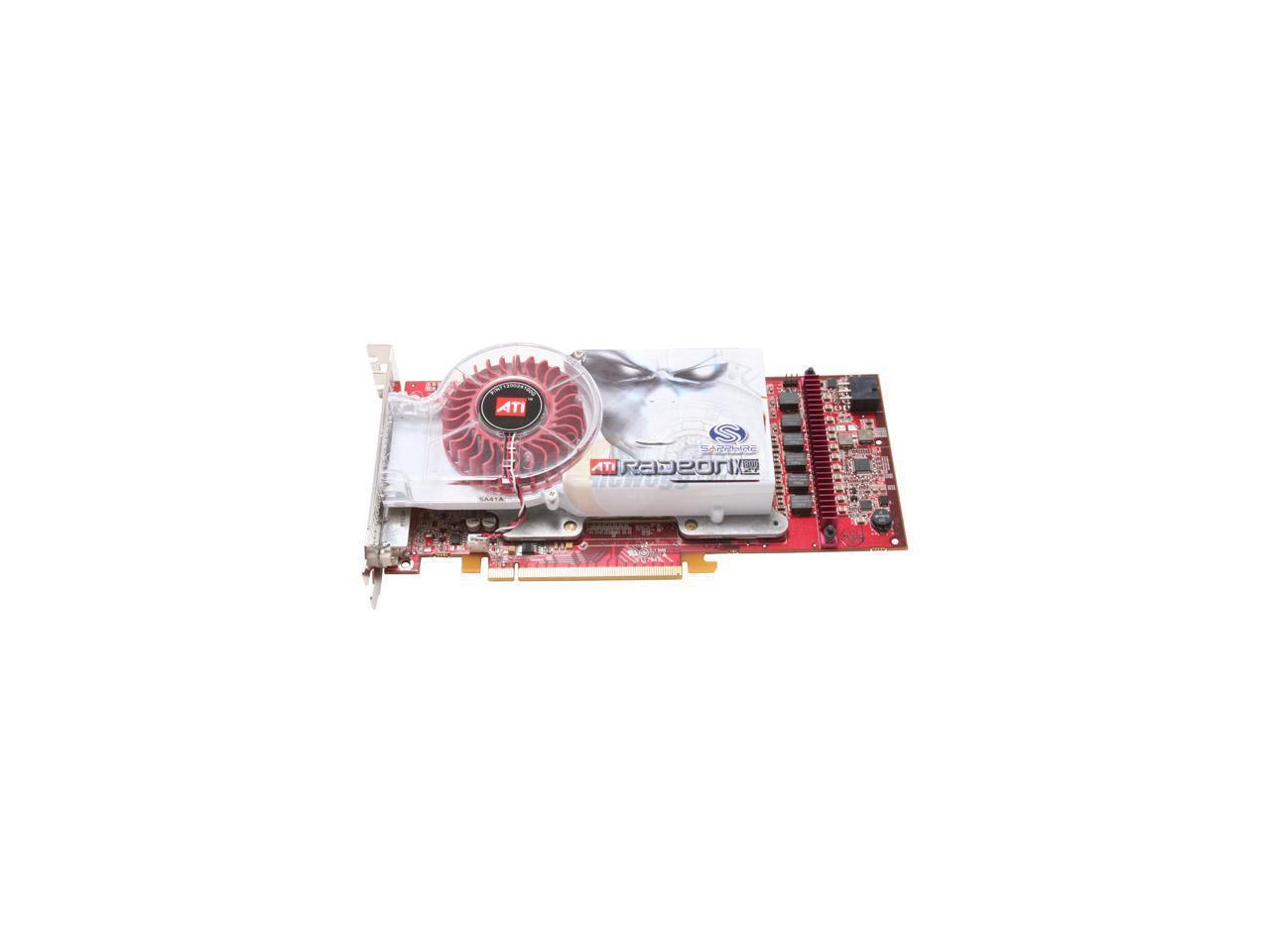 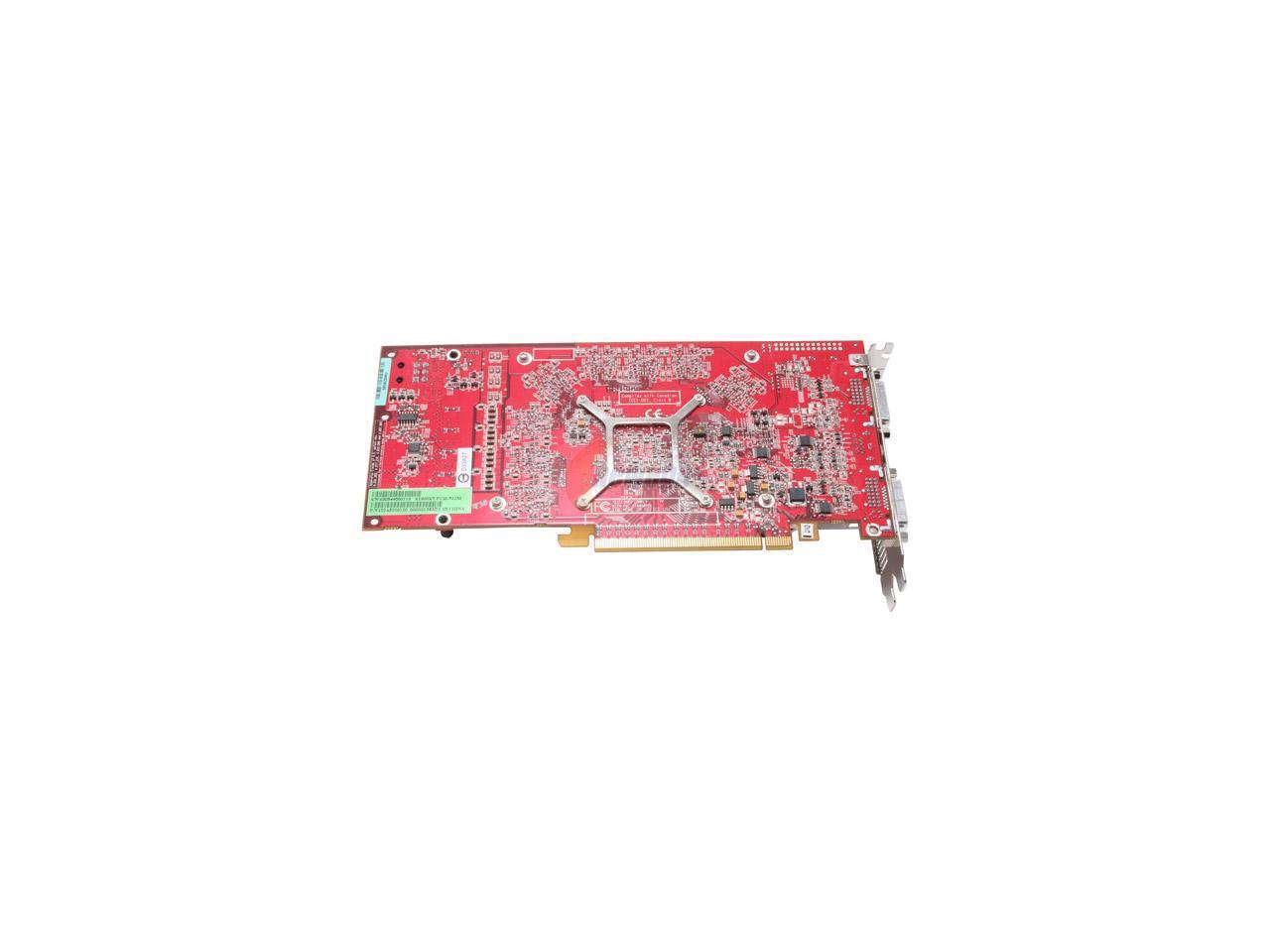 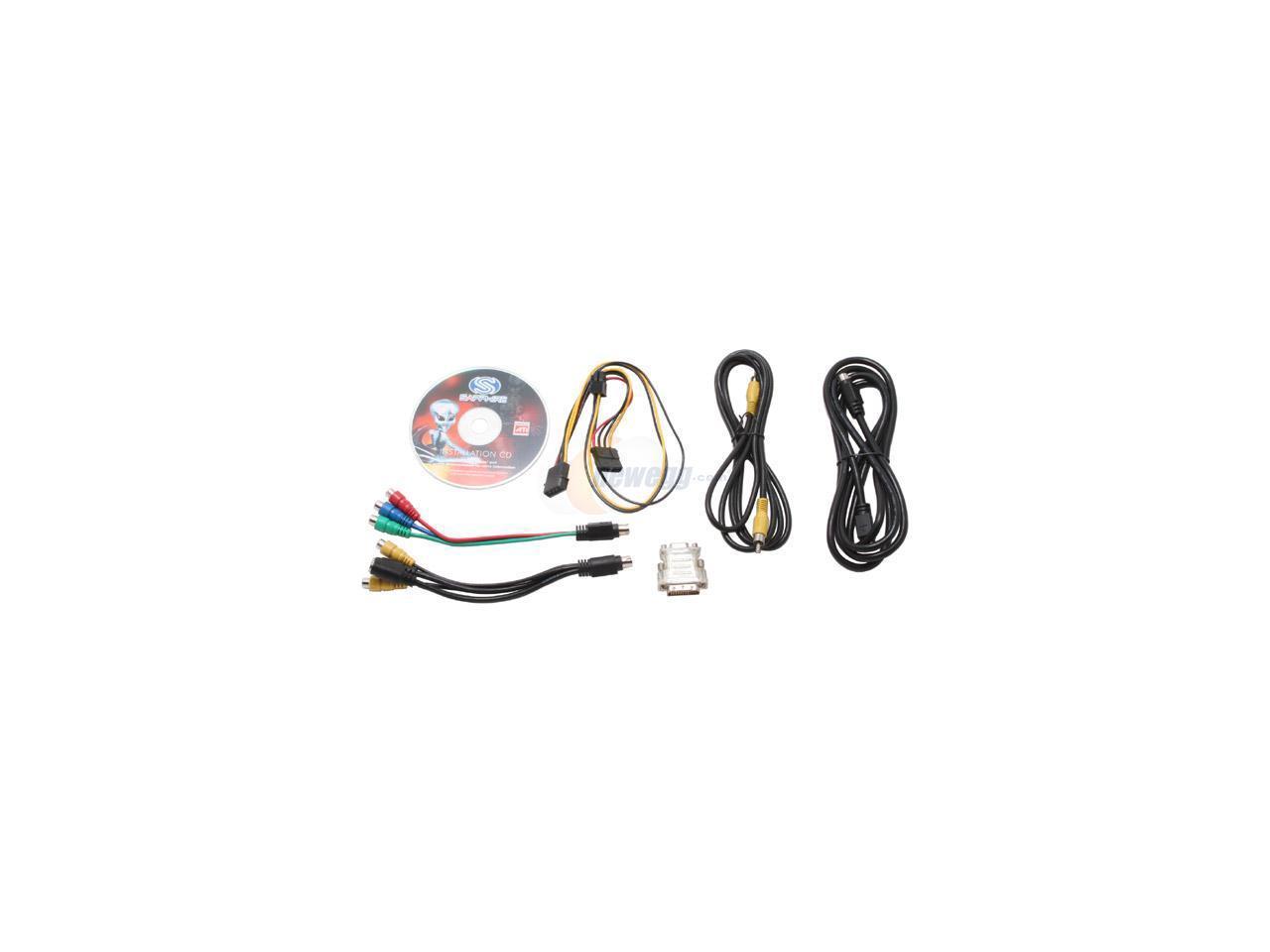 Learn more about the Sapphire Tech 100134

Cons: It seems to be a bit short of the knockouts. Have to use other system tools to get your top GPU and Memory speed. Takes a bit of power to run.

Pros: Card is great running no less than 80fps on most any game (Quake, BF2, MOA2, Doom3) been near 125fps on most other games. Solig card and easy to install.

Cons: Fan is loud, sounds like the space shuttle taking off upon boot-up

Cons: -Stock Clocks NOT as advertised Mine came at 600/700 not the 625/750 as per ATI's specs. I blame Sapphire -Noise - It's fairly loud. But when playing games you turn up the sound anyway, right?

Pros: This is a great card for an amazing price. Performance on it is amazing even with settings maxed uot in a lot of games. Fan is quiet by default. Using ATI's Catalyst software, it can be overclcoked without voiding the warranty!

Cons: Just as it's a pro, the "quiet' fan is a con, since it only runs at about 30% of it's maximum out of the package. When running on full, it is loud, but it does keep the card very cool.

Overall Review: A great OEM card. If getting a box with it is important, spend the extra cash, but otherwise, this is one you shouldn't pass up on.

Pros: Runs games well. Is relatively quiet considering it's speed and size. Boosted my CS:S fps by a small amount compared to my x850 XT PE -- unfortunately I still get dips into the 50's, but what vid card in CS:S doesn't (that's with an AMD Athlon 64 4000+ processor).

Cons: Card came with an engine clock of 594/memory clock of 693. I'm currently using powerstrip just to run it at advertised speeds (slightly lower actually). I don't know why it came that way, its the only reason I didn't give it a full 5 stars? Maybe other reviewers could enlighten me. I'd appreciate it.

Overall Review: It's a very long card that will probably take up a slot below your pci-e X16 slot, and it almost blocked my IDE1 connector. It's a good card though, and worth the money.

Pros: Best 3-D graphics I've ever seen from a card; fluid and seamless gameplay even with all settings on max. Not as loud or hot as I thought it would be (though I have a well-cooled case).

Overall Review: After installing the card and updating to the latest drivers (Catalyst 5.13 at the time), I started experiencing the problems as described above. I thought it was the card at first, but after putting my old X800XT back in, I noticed the problems persisted. After some experimenting, it was pretty clear that the issue was with the drivers. I had been using Catalyst 5.10 prior with no complaints. The X1800XT isn't compatible with the older drivers, however; it's only compatible with the last few iterations of the Catalyst driver (up to 6.1 as of today), all of which produce the same errors on my system. (I tried it both with and without .Net, and have all of my other drivers up-to-date.) If you're thinking about upgrading from an existing ATI card, I would suggest first installing the latest drivers, if you haven’t already. If you experience no problems, then I would think you could greatly benefit from the X1800XT. For me, though, I'll be using my X800XT with the old drivers.

Overall Review: Maybe its just my card but is a hot chip.

Pros: The cost is great off newegg shipping cost and speed 5/5 this card is very powerful I replaced my old vid card with this baby and my frame rate jumped by over 200 frames.

Cons: The installation cd that comes with it does not support the x1800 so u have to download the catalyst driver off the website but that wasnt a problem.

Overall Review: As soon as I get enough money i am gonna get another one for my gaming rig. I strongly suggest you get this card if you are looking at vid cards. Great performance.dont wait just get it