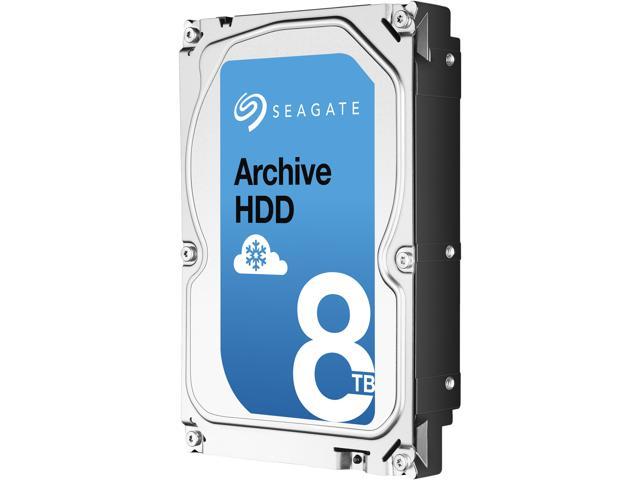 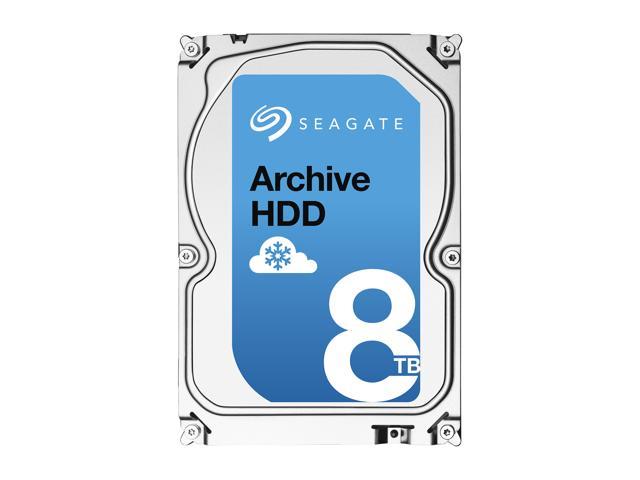 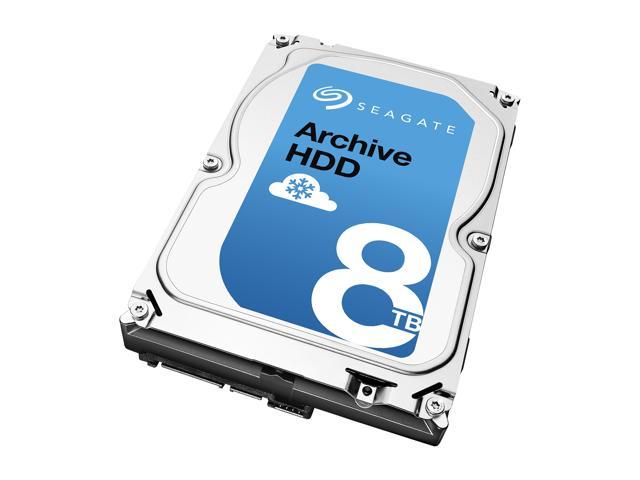 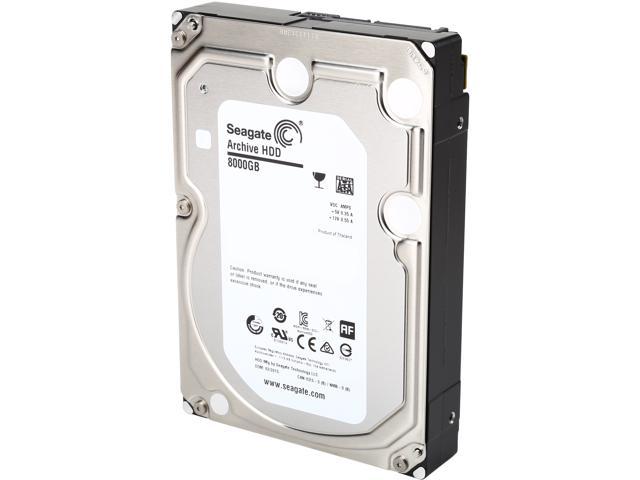 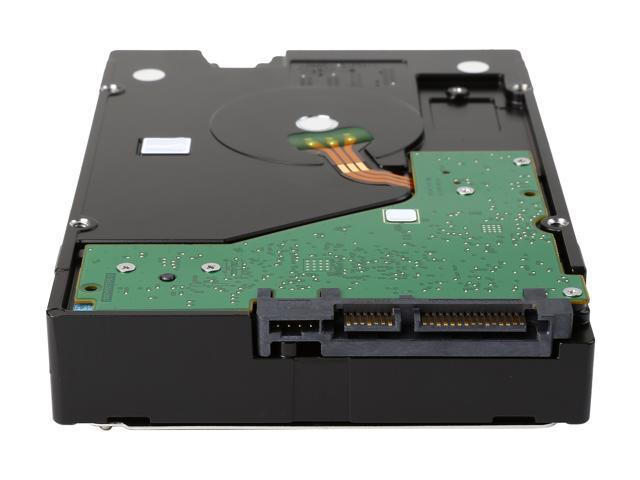 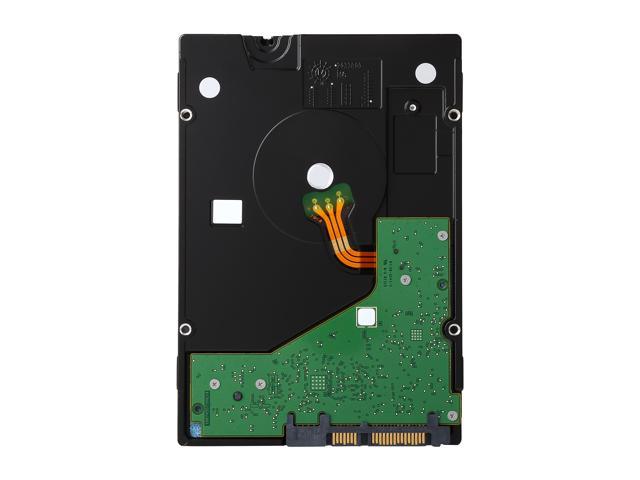 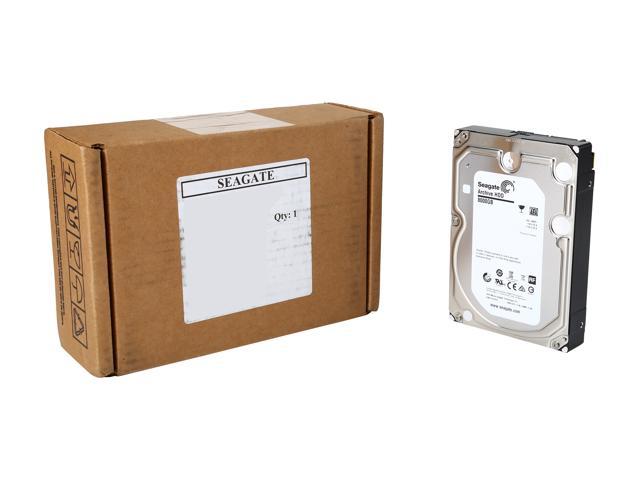 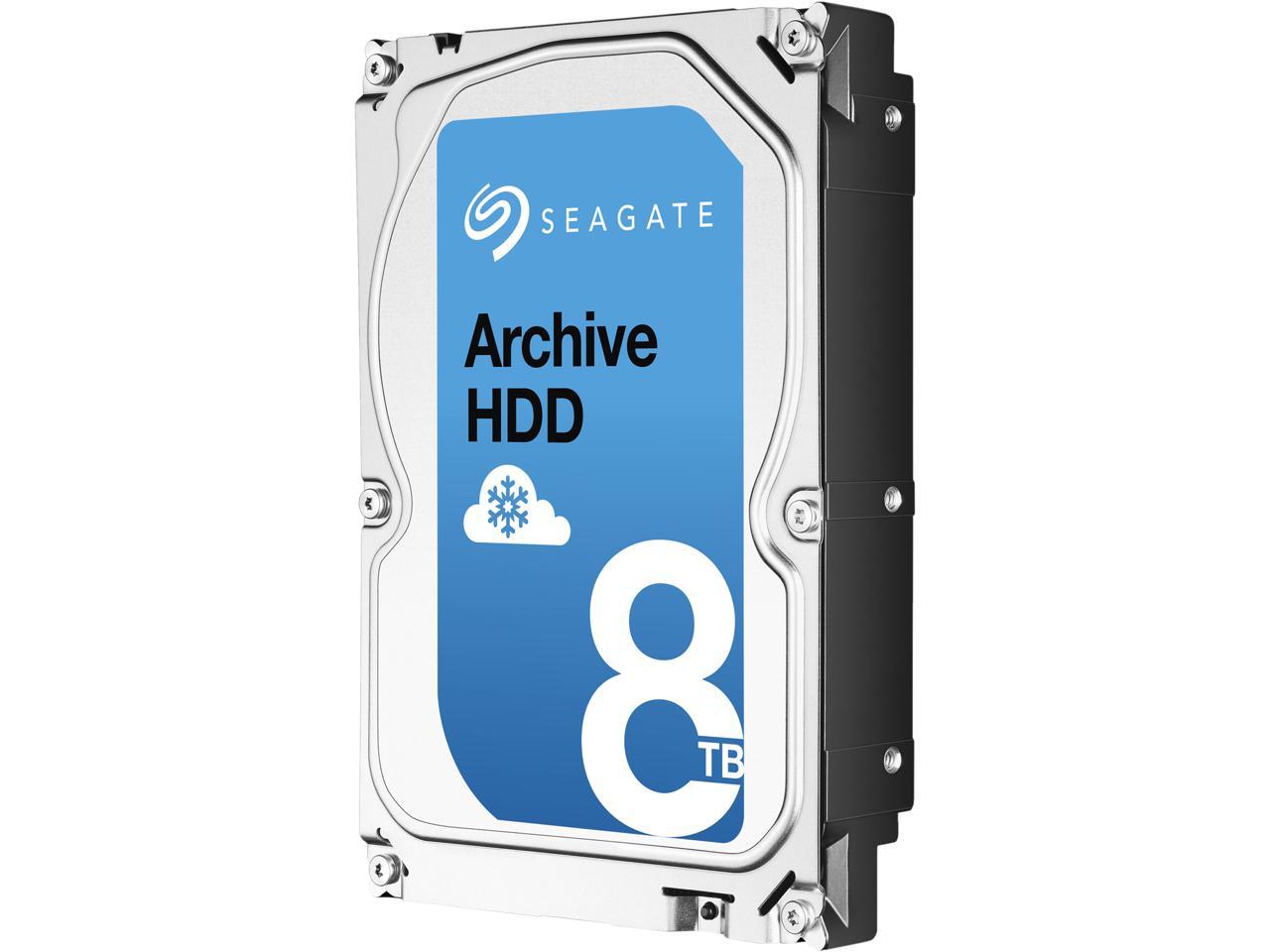 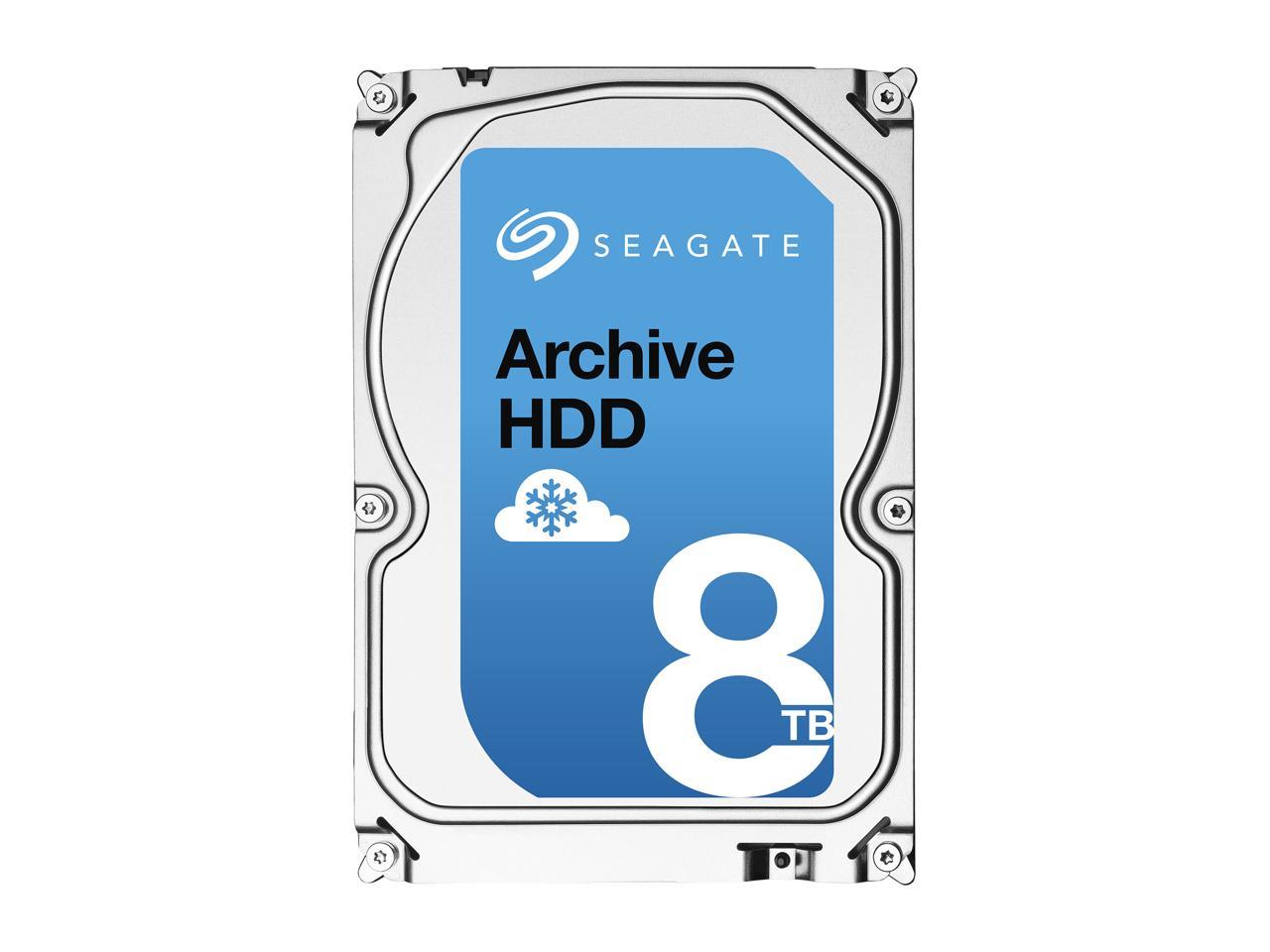 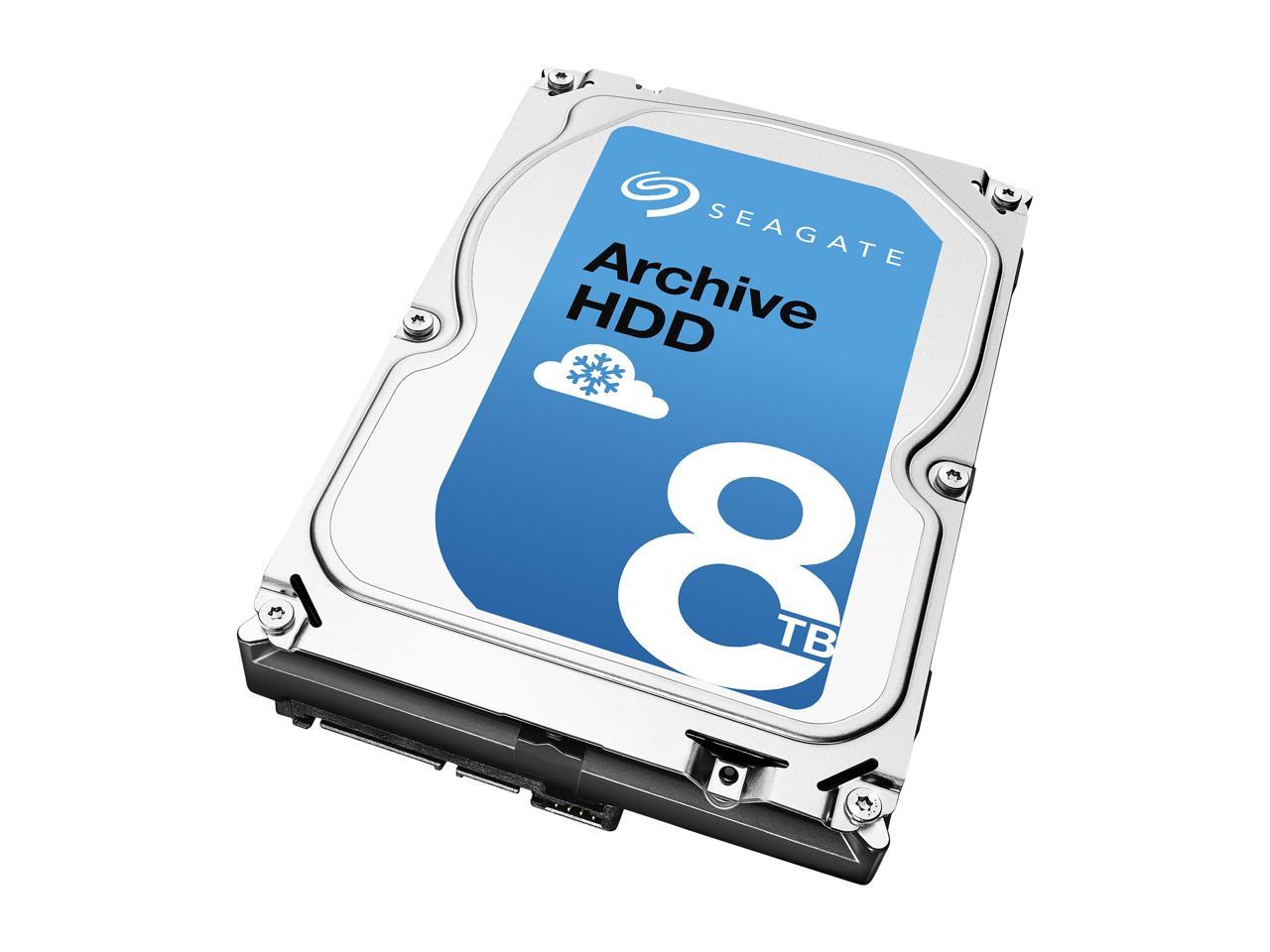 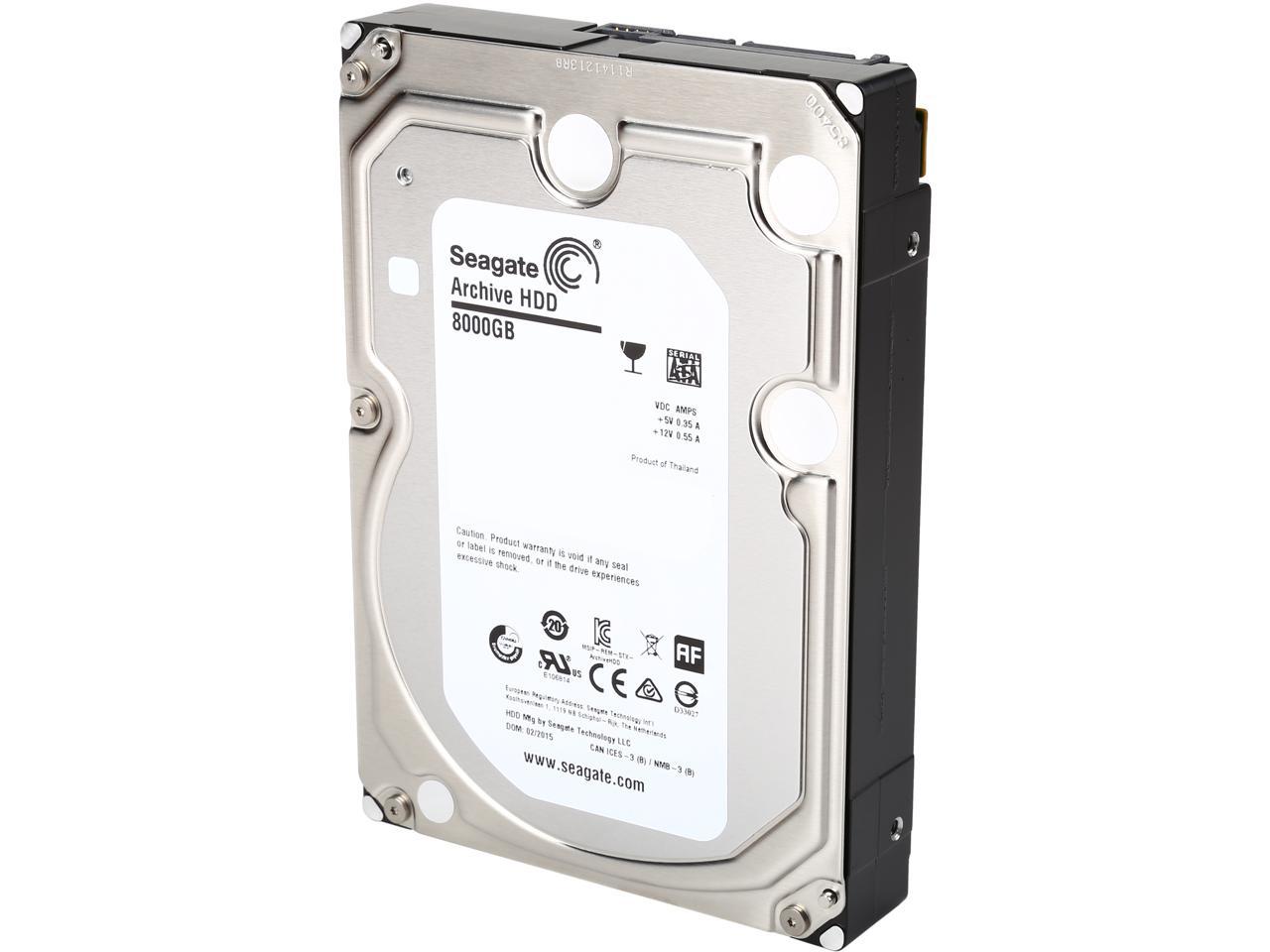 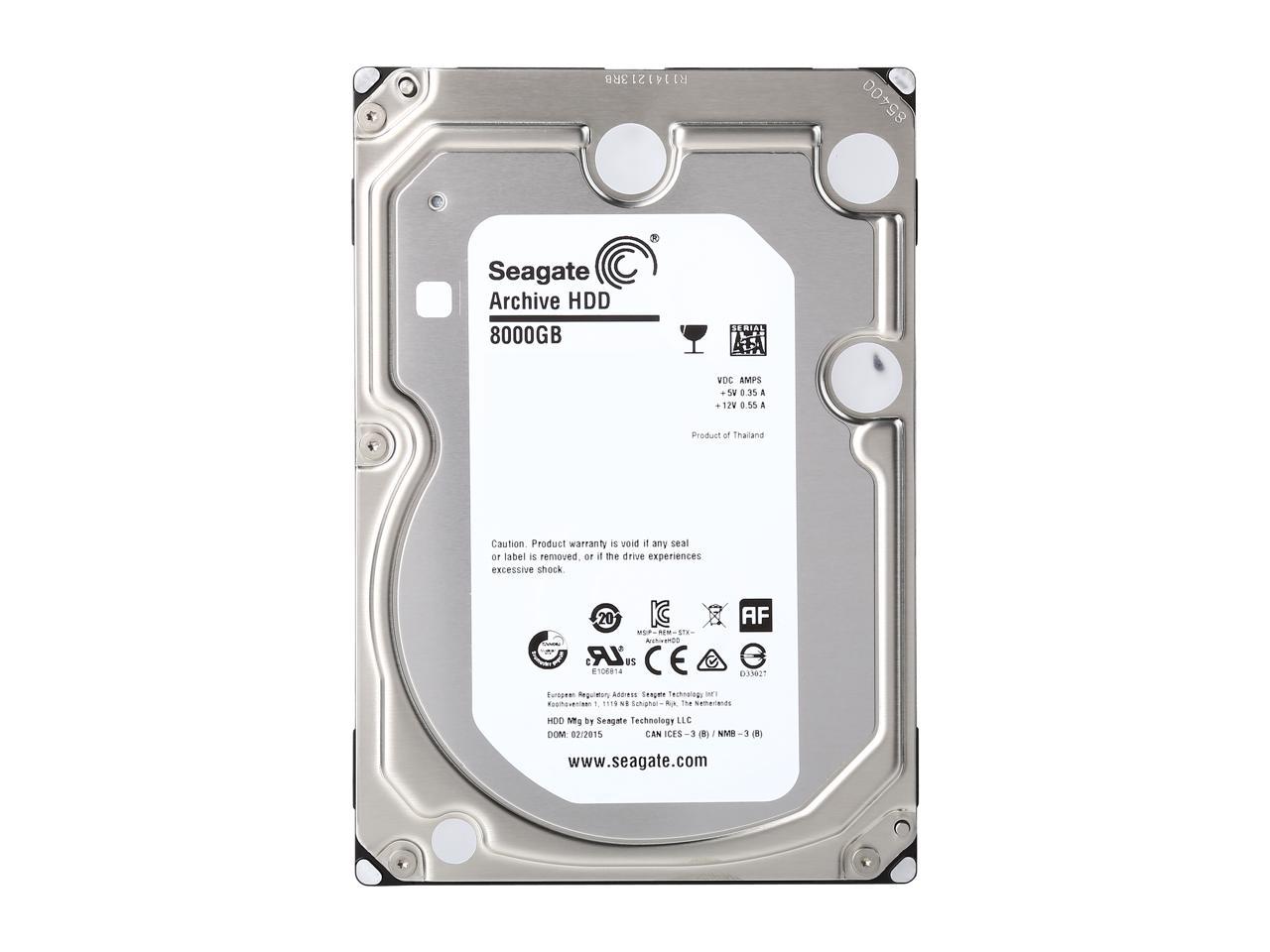 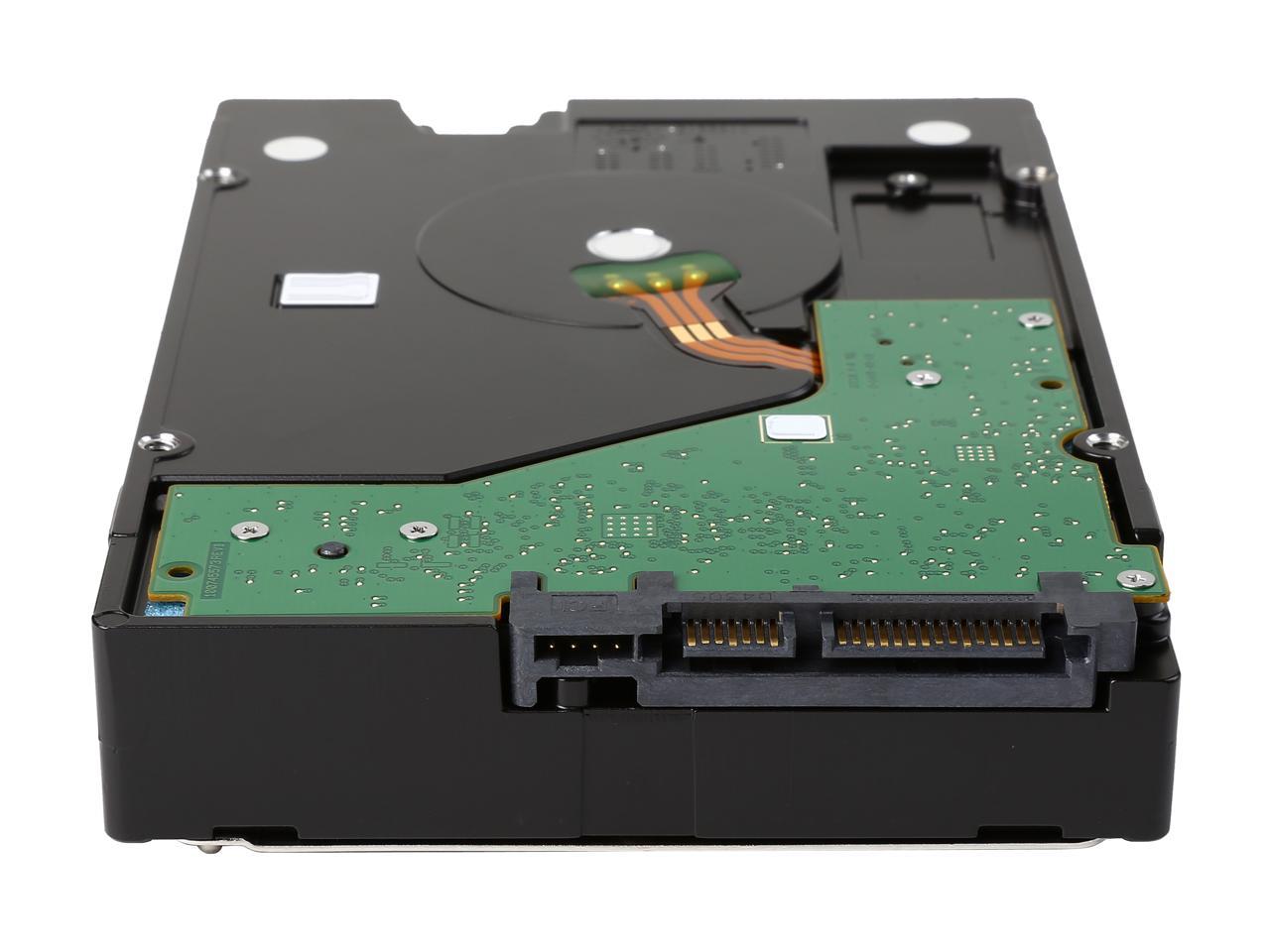 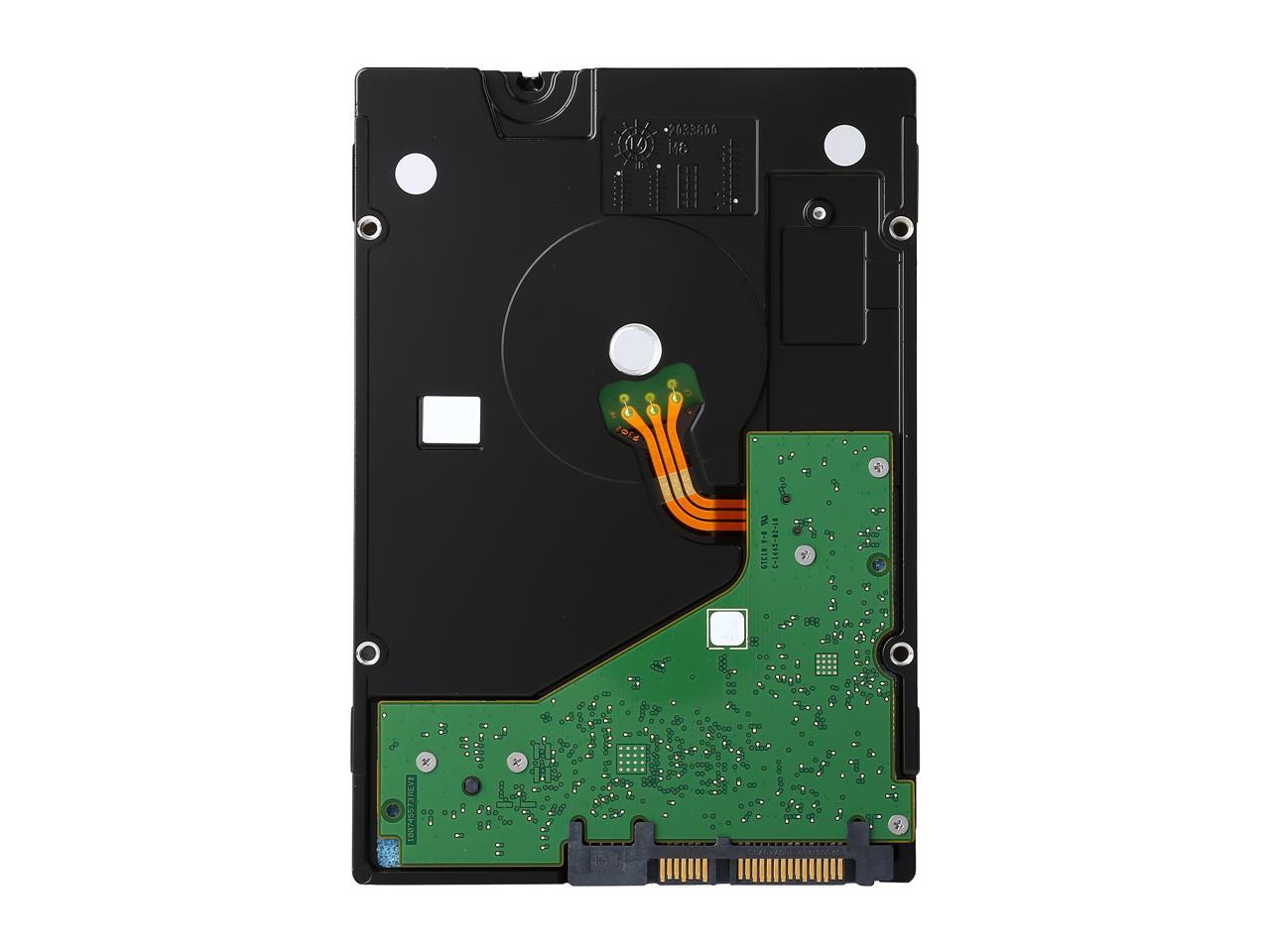 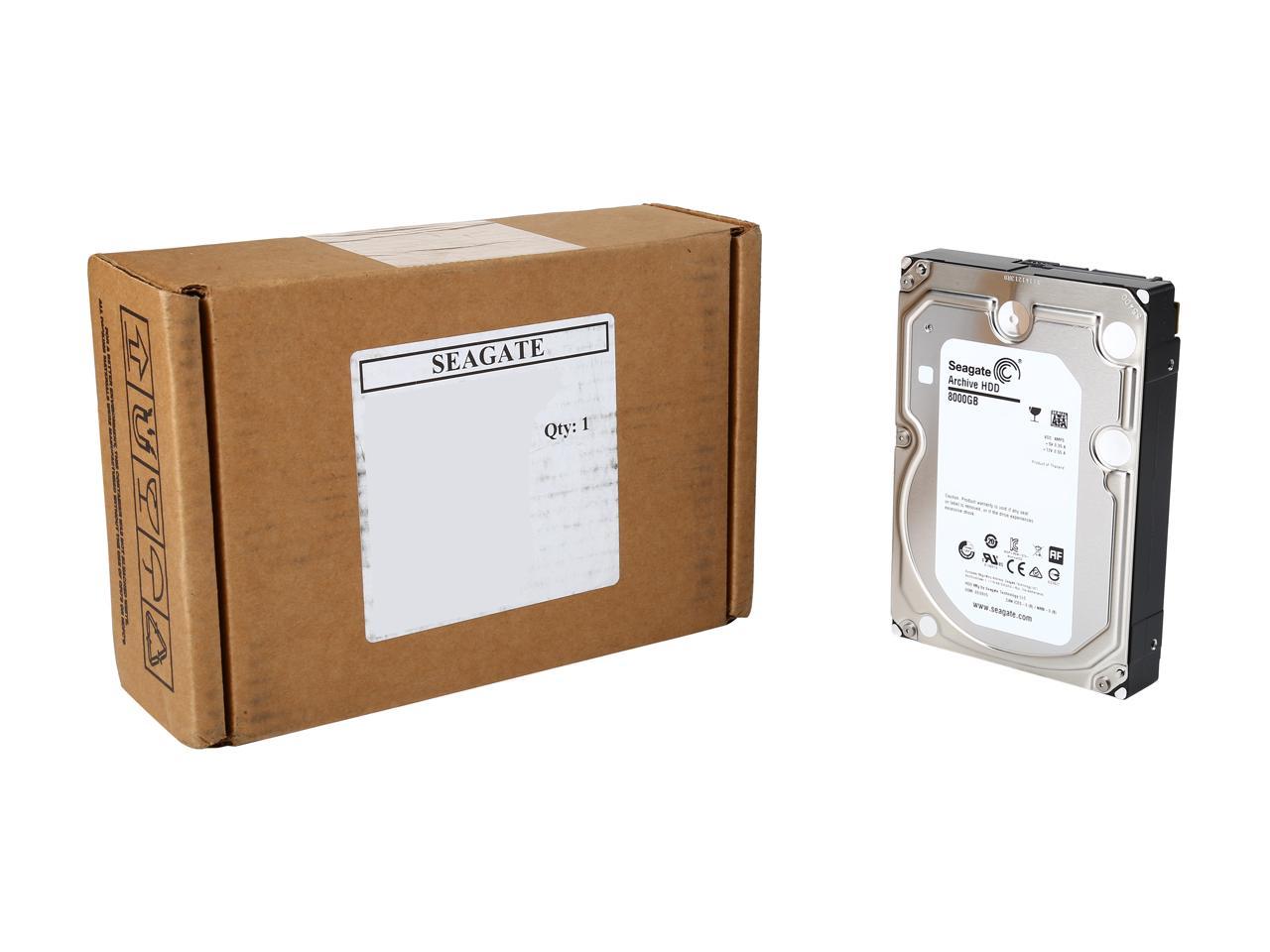 Cons: With the Seagate Archive 8TB HDD its important to note that its SMR technology its designed to cope with limited or burst write activity, with no limit on read performance. While burst write speeds are in-line or surpassing traditional HDDs, sustained write performance is a weakness of this drive.

Overall Review: I've got a number of these (and their 5TB cousins) in my lab and we've been beating on them. They're like SSDs - if you do a lot of scattered writes, they spend a lot of time cleaning. Except in this case "a lot" is maybe 10-15 hours. If you use them for backup, it's not a problem. One of the worst workloads you can give them is 'mkfs -t ext3' - if it doesn't time out, it will probably take all day or longer. If you're going to use this drive with Linux, use ext4 with the 'packed_meta_blocks' option: mkfs.ext4 -E packed_meta_blocks=1 (you're probably fine with btrfs, xfs, jfs, or reiserfs, but I haven't tested those)

Cons: Sustained write after a few minutes is a meandering 10-30 MB/s. If you don't understand what is happening, you'll think something is wrong.

Overall Review: I've written about 5 TB in several chunks to this drive, and in turn read off that same 5 TB to another few drives. I regularly access music and videos from this drive. I would recommend you read about the platter technology used here. Reviews will help give some context to the write patterns and relative speed you will see. I bought with the knowledge this was an archive drive and 95% of the time I would be reading from relatively static data stored there. In that use, it works like any other drive. If I need to do a big write, however, I will plan ahead. If those attributes don't bother you, and you know your use case, the storage to cost of this drive can't be beat.

Pros: The drives are perfectly reliable, assuming a lack of manufacturing defects in the drive/s you receive. This is my second drive of this model, used as an archive drive to store ISO images of my Blu-ray collection. The drives remain in packaging and properly stored when not in use, as they are ARCHIVE DRIVES. I've yet to have a single issue with them, and the speeds are actually a little higher than expected for 5,900 rpm drives.

Overall Review: The people complaining about these drives are not following proper installation procedures. When installing a new drive, you should first test it, either by performing a full format in your OS (less effective, as Windows will intercept the bad sector data and write it to the FS, but does not always report the info to the drive itself, which means those sectors will be unmarked if you perform a quick format later), or by using D-ban to perform a full overwrite of all sectors (preferred method) as this bypasses the OS and will report bad sector info directly to the drive firmware. If the drive takes more than ~24 hours (do the math using approximate median transfer rates), then the drive has a manufacturing defect, and should be returned for a replacement. NEVER just install a drive from any manufacturer and expect it to be flawless. Manufacturing errors happen, and all manufacturers only test a statistically relevant fraction of their products. No one tests every piece of hardware they ship out.

Pros: Write speeds are pretty decent, but bottom out occasionally (0B/s, even with large files). However, this wasn't exactly unexpected. Read performance is fantastic and outperforms both Seagate NAS and WD Red 4TB drives. The read speed isn't exactly stable, but the minimum was around 120MB/s.

Cons: Writes bottom out periodically (0B/s), even on large files. Does not run well with frequently modified files (databases, or VHDs). Should be used for long term storage of files only.

Overall Review: I bought these drives specifically to use with StableBit DrivePool (file based pooling, alternative to RAID). Not only do they perform fantatsically for this usage, but far better than I would have expected. Additionally, depending on what you're storing on these drives, you may want to use a larger than standard cluster size ("allocation unit size" on Windows). This will net you better performance for large files, though lose you space due to unused sectors (but if you'e storing mostly large files, this will be minimal).

Pros: I've purchased 30 of these both from NewEgg & elsewhere, v1 & v2 variants and have no complaints. Drives are OK in a NAS (though not designed for such). Huge space for relatively low $.

Overall Review: It's too early to say how well this drive will last but that won't be determined until, hopefully, +5 years from now. I've only had it a week but I'm very happy and hope it will last. Over the wire (gig-e) write speeds were a fixed 125 MB all the way through. I found that to be excellent. Read speeds are high as well, I think they were close to 200. As far as I'm concerned, that's fantastic. Unlike everyone else, I'm using this, effectively, as a giant WORM drive. It's there to hold all my PVR recordings and play them back. As such, it really is write once and read many. I was very happy with wire speed writes and filled the drive in no time. My main reason for getting it was to consolidate several drives into one. With 7 drives in my workstation it was getting really convoluted. Bought one, tried it out, and just ordered up a second one and that puts an end to all my storage needs. One drive for Movies and one drive for Series. Un-install 5 other drives and recoup the electrical and space savings. No fuss, no muss. My only hope is that they last. Two of the drives in my workstation have been rotating 24x7 for 7 years. Non-stop. Almost every drive in the system is +5 years of continual service. I get a kick out of all the people ignoring the drive's design and either trying to run it in a RAID array or wondering why the drive 'speeds up and slows down'. Forget about it, it's designed to store a lot of data and stream it back to you at a good speed. It's meant for data you want to keep and not change often. In other words....it's an ARCHIVE drive. And yet performance is great. Use it for what it's designed for and you'll probably be happy.

Pros: I actually pre-ordered this form another supplier before the 'egg listed it. I've used it in a NAS enclosure and transplanted it into an external enclosure - worked like a champ in both situations.

Cons: Not fast - but not designed to be

Overall Review: I've had this about as long as anyone. I've written and re-written a ~3TB data set to it at least 5 times, as my planned use for it has evolved. Read speeds are as fast as any drive I've used - easily saturates gigabit network.

12 out of 13 people found this review helpful. Did you?