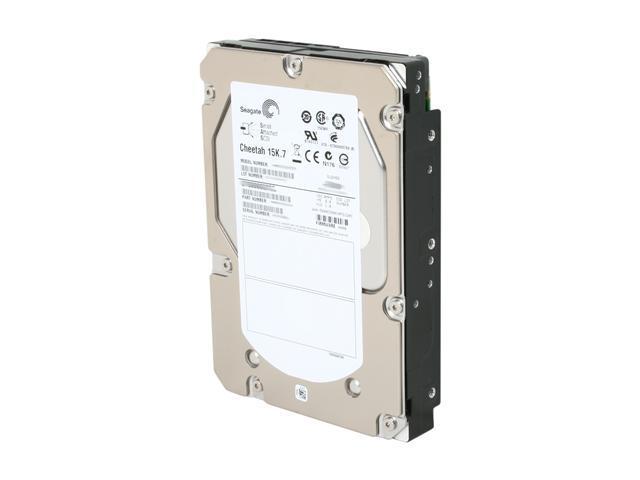 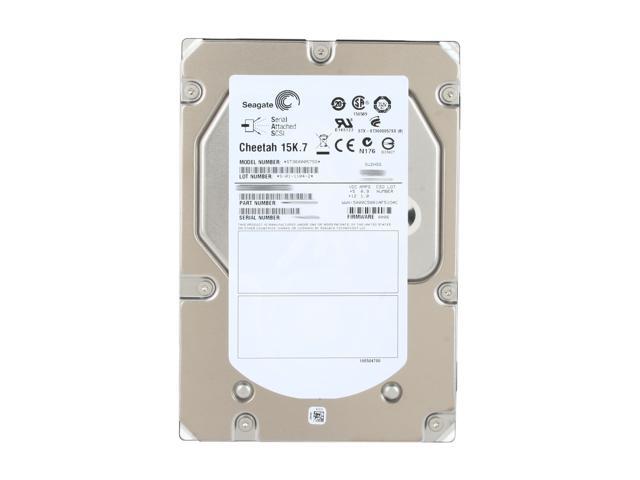 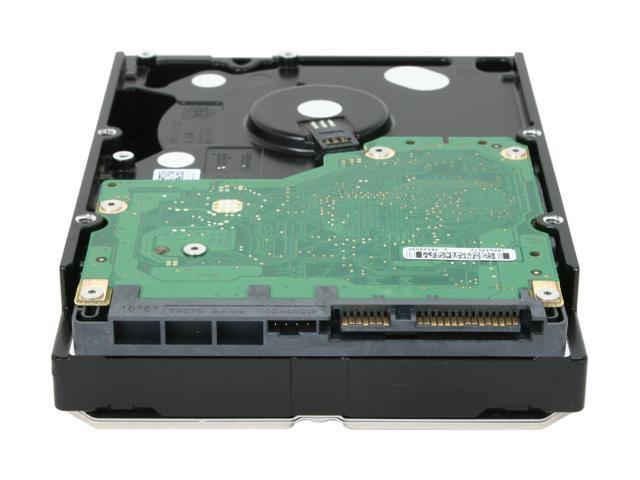 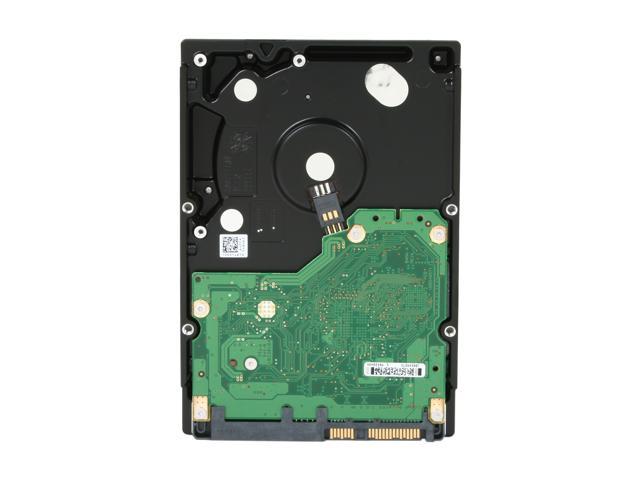 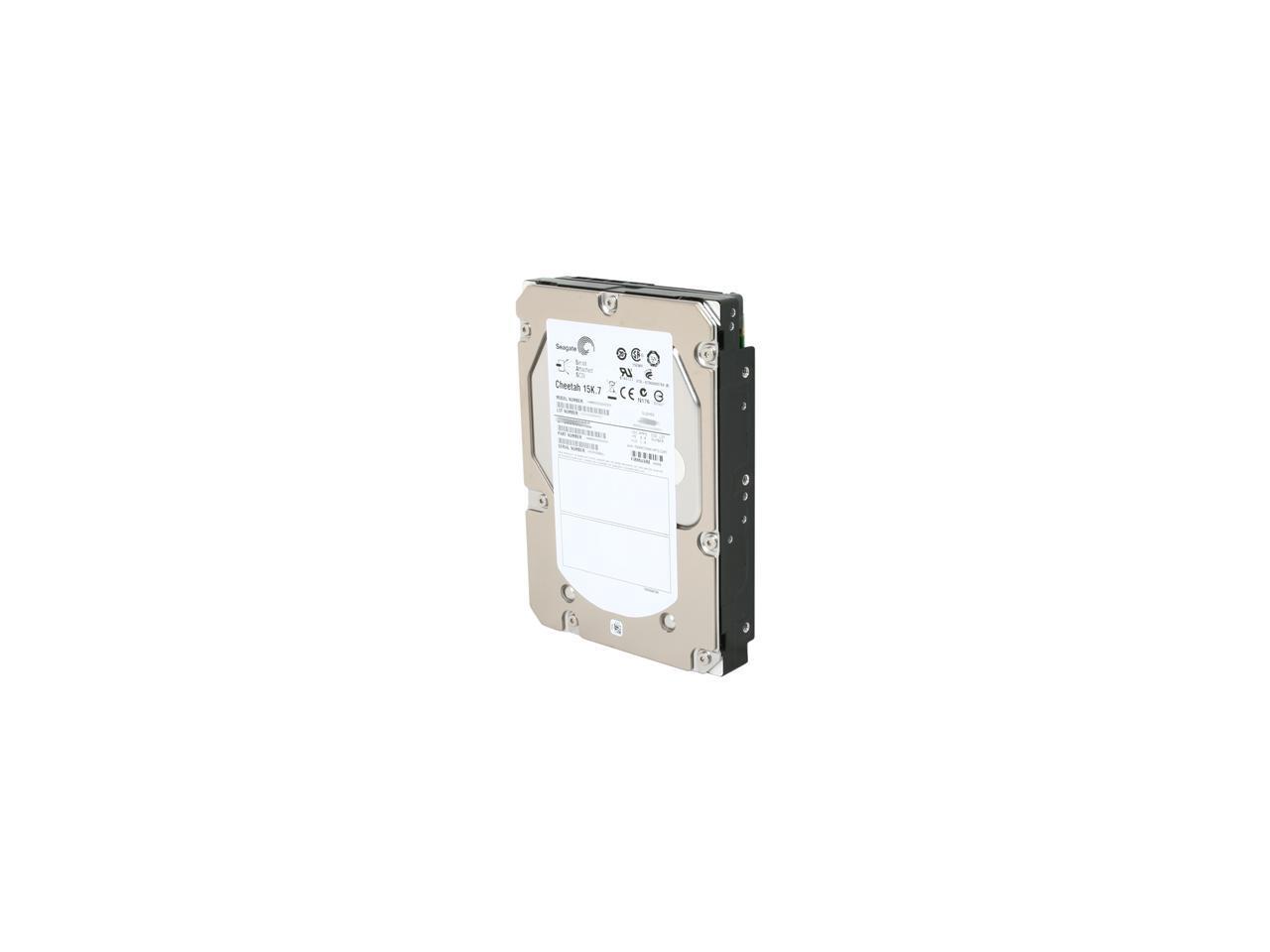 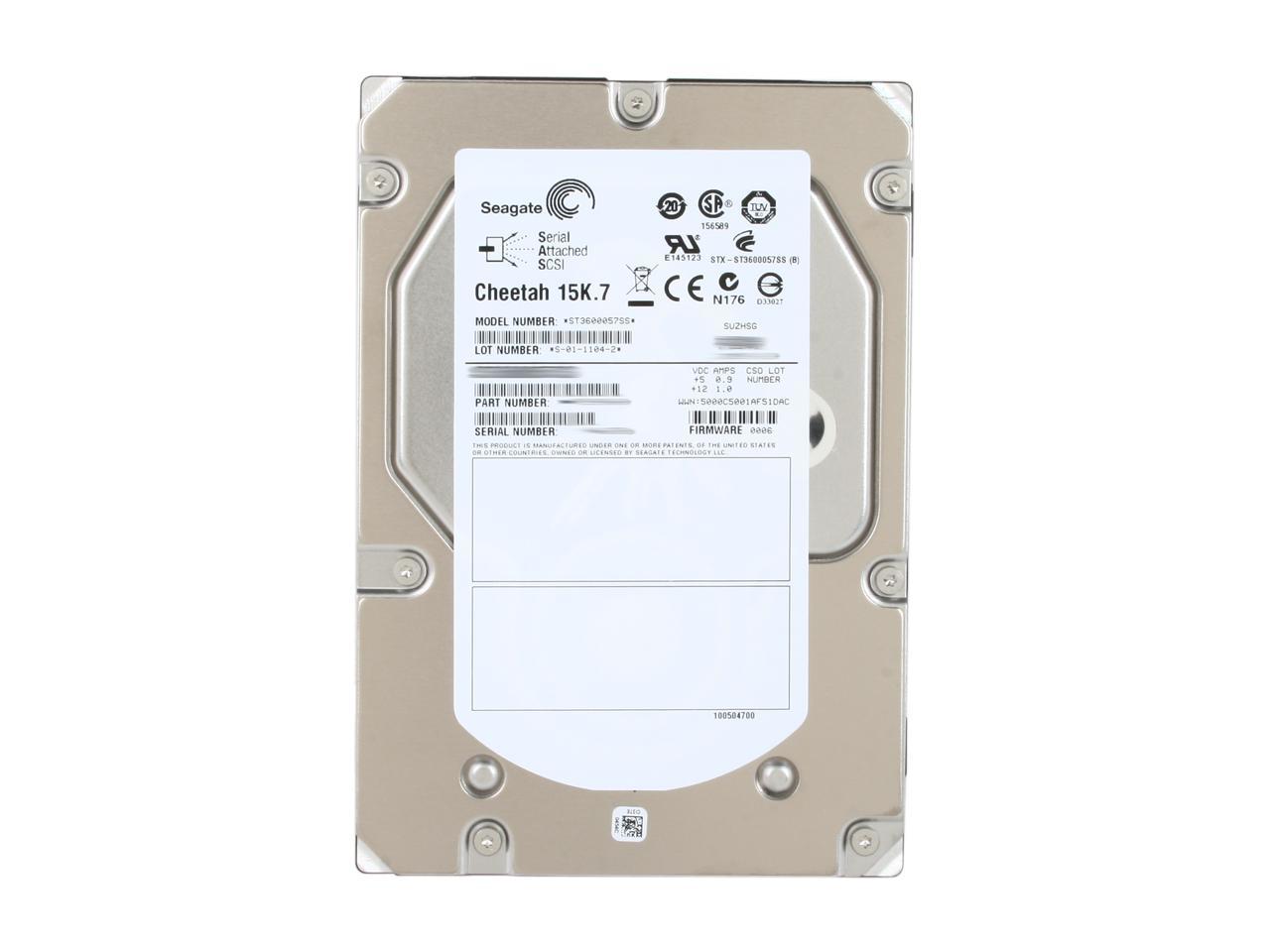 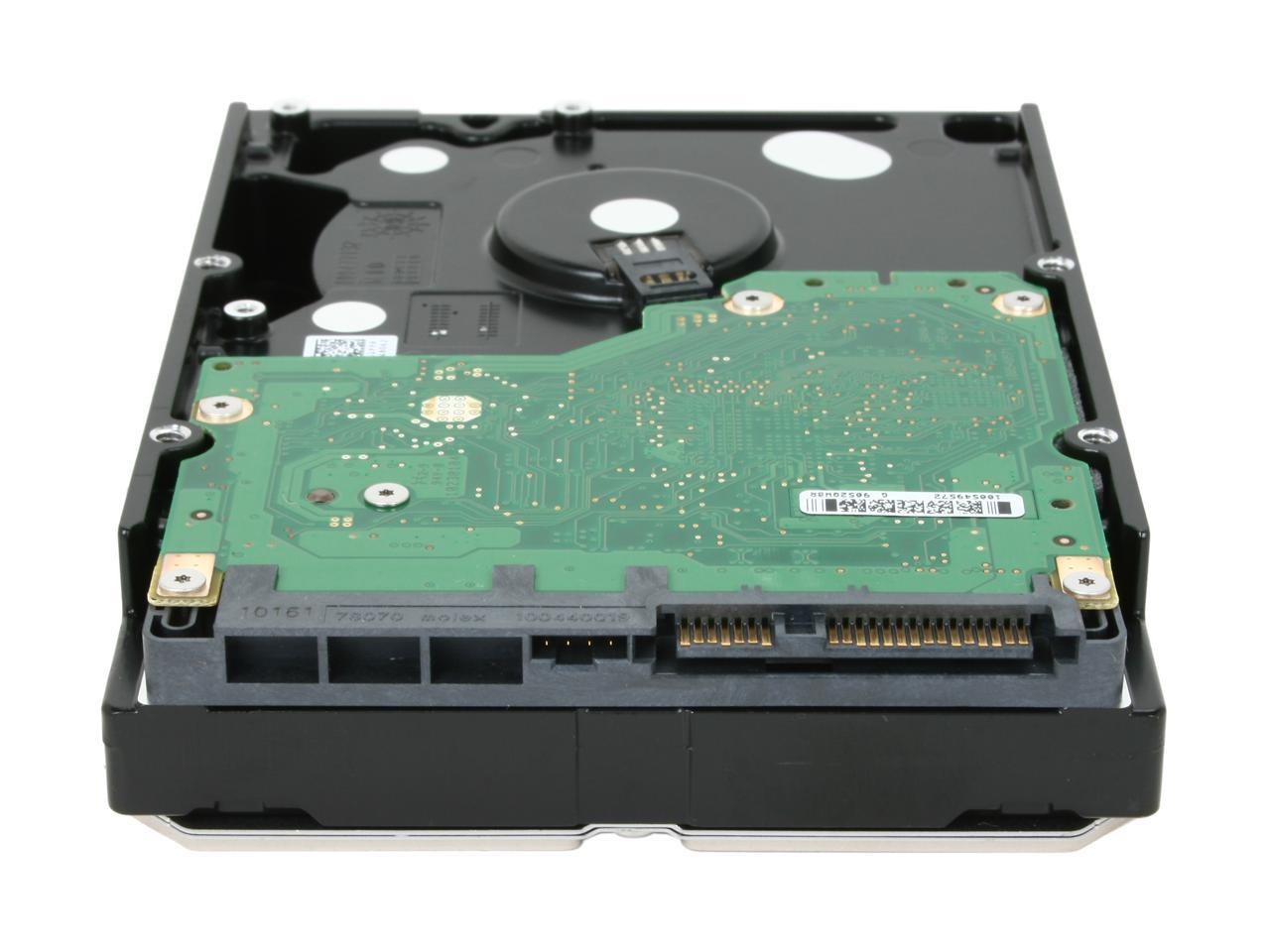 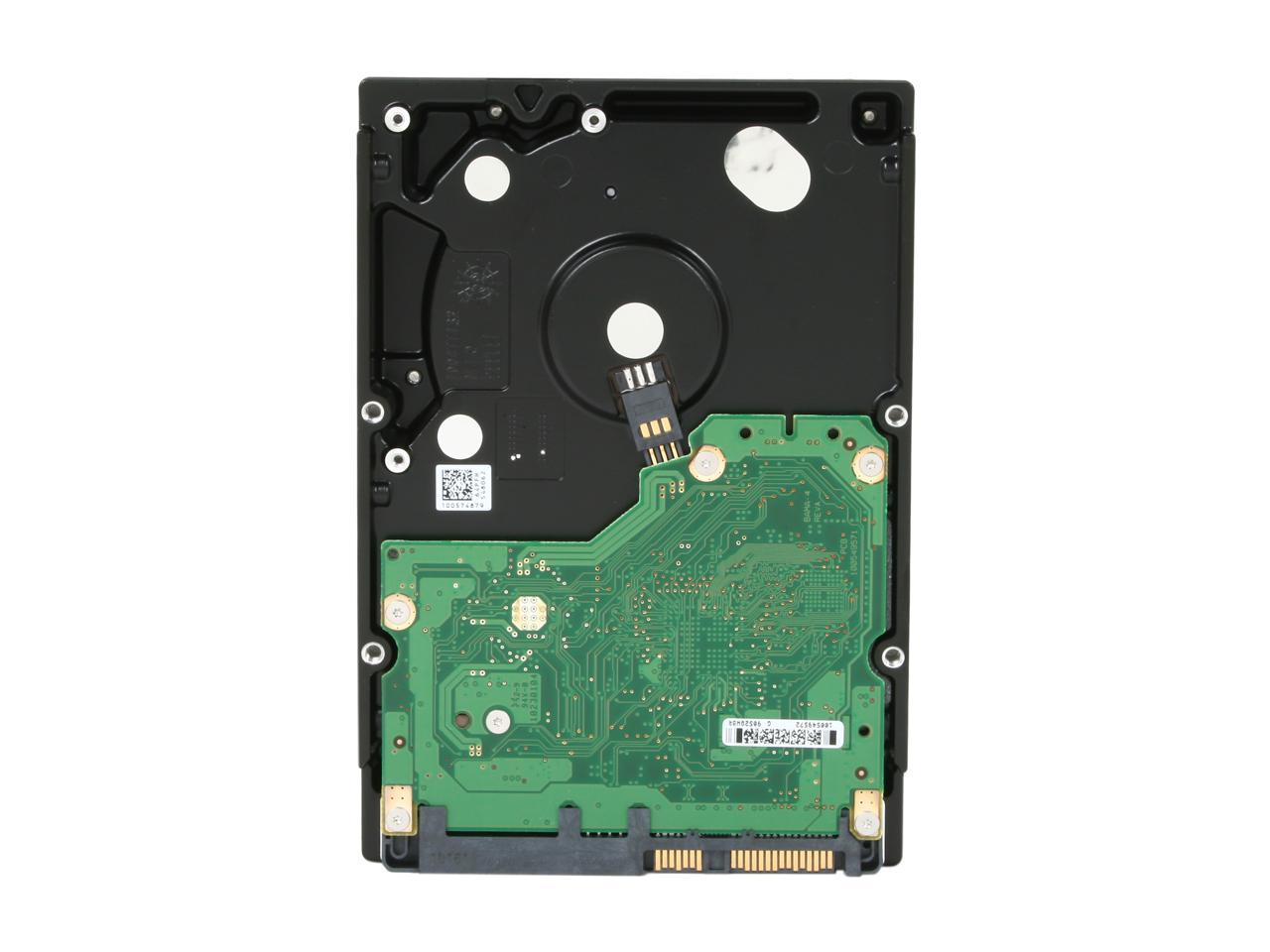 Learn more about the Seagate ST3600057SS

Pros: I do a lot of work with extremely high bit rate audio files, high definition video up to 4k/8k UHD resolutions, and needless to say this takes up a LOT of space. However, I also have to have backups of every single project I've worked on, which is a hefty amount. I have relied on WD's RE series for years and have had a grand total of 1 fail out of 51 total (specifically, an RE2 500GB that ran 24/7 well through its warranty, and even then it isn't dead it just started to err and a sudden large amount of bad sectors appeared). Still, I recently got a very nice and very high end hardware RAID card from my work for the needed data expansion (PCIe 2.1 x8 with 4GB DDR3 upgradeable Cache and Battery Backup Unit supporting SATA/SAS 6g), and I was already overhauling my "storage PC/server" so I decided to go with the SAS drives due to the speed and Daisy Chaining possible, and I already had a number of 150-450GB SAS 15Krpm drives given to me by the head of the IT Department (a friend). I am running 14 of these bad boys, and after a few months, here's some thoughts on PROs: - Wow these are fast, and I can't believe how many IOPS they put out, it simply should not be possible! - Small size makes housing them easy, and with my new case (modified Lian Li D8000) they get incredible airflow which keeps them at 30C (ambient 18-20C) under heavy I/O loads - Of 14 drives, not one single error! I checked each individually and just wow. - Good capacity for a 15Krpm 2.5" SAS drive, although 1TB would be nice - Seriously fast on their own (one drive), but these were built for RAID and scale better with RAID than anything not solid-state; scaling is 98-100%! - Using the array as my "active project storage", I am getting responsiveness that is almost always instantaneous, thanks to the insane seek speeds - If you are looking for even more speed, I tried short-stroking some to various capacities while playing around before the "serious business" install, and with a 100-150GB/drive short stroke, they will show seeks as low as 0.9ms in CrystalDisk or ASSD; throughput increased by over 50% in random R/W and doubled in sequential - SERIOUSLY OVERKILL! AND I LOVE IT

Cons: - EXPENSIVE FOR HOME USE - Loud when you have 14 running full speed, but I keep my storage machine two walls away and the entire house (iincluding interior walls) have Blown-In Wet Pack Cellulose insulation (interior walls to R-value 35) which is a very strong sound deadener - I honestly don't think I am capable of getting the full performance of the drives, even using 10GbE dual-teamed between machines or 4x eSATA 6Gbs teamed connections! - Not available in larger sizes - Not solid state? Although honestly, the array is faster than any SSD (outside of enterprise PCIe ones) while providing many times the capacity - Unsure about the reliability as I don't normally run SAS - Do NOT use 2x2.5-to-1x3.5 adapters! I am using Scythe adapters, but only one drive per bay with a Slipstream 120x12mm fan in the lower section of each adapter and it's perfect - LOUD

Pros: Good, dependable drive. We use these in all of our our clients servers (300 and 600 gig models) and they all perform well. You pay more as server quality parts are pricey, but you get what you pay for and you need to pay for some reliability.

Cons: No real CONS to speak of.

Overall Review: The drives will wear out and fail, it's a given if left in use for long enough, nature of the beast, be prepared to update/upgrade your gear along the way. We try to replace them by the 5 year mark, but have many in service past that age, only one I can think of has failed earlier than 3 years, but that's out of well over 100 that we have used in our builds.

Pros: Very fast. Throughput, using raid 0 with two of these drives, is three times that of my Velociraptor.

Cons: Expensive, but you get what you pay for.

Pros: This is a high performance, server-grade mechanism that combines a reasonable price with capacity, speed and reliability. We installed this drive into a server running SUSE Linux and noted better than average throughput in a mix of small file reads and the large reads that occur when a program is loaded and executed. The large cache helps to decrease frequent medium accesses, which improves throughput to a considerable extent. During server builds we performance a detail surface analysis on all new drives and examine both the factory and grown defect tables. This mechanism had a low incidence of factory defects and following a hard format, no grown defects.

Cons: No defects or other issues were noted with this product.

Overall Review: We have been using Seagate SCSI drives in our servers (and a few high end workstations) since the latter 1980s and have had exactly two premature failures (one an infant mortality) out of several thousand drives shipped. These are trustworthy products that will easily exceed Seagate's advertised service life rating if correctly installed. Note that all SAS drives are intended for server duty and do not incorporate design features intended to mitigate noise. Also, these drives must be forced-air cooled if rated life is to be achieved. Shock-mounting is recommended. As these drives have write caches, it is essential that the server be powered from a UPS and have monitoring software loaded and running to cause an orderly shutdown if power fails. If power to the drive is removed before the write cache is flushed data will be lost. Therefore, an orderly shutdown is essential.

Pros: Okay this is a VERY fast drive. As others have said, you do NOT use this for storage. You use it as a system boot drive, or in cases where disk performance MATTERS. My current Cheetahs were originally a server boot array. However, now that the machine it's in rocks an SSD they have been relegated to drives for my SQL Server implementation (one drive for the data file, another for the log file). Having used high speed SCSI drives for years, I was pleasantly surprised at how quiet and cool these things run. I have mine in an un-soundproofed case not 3 feet from my head and I can't even hear it.

Cons: Wish I could get 15K in multi-TB sizes. But oh well. SSDs have wholly surpassed these drives in terms of performance, SOMEWHAT diminishing their value.

Overall Review: As others have noted. If you're looking for bulk storage drives, you don't want these. Look elsewhere. If you're in a write-heavy environment (where you can burn out an SSD), consider these drives (and their 600GB cousins) as an alternative.

Pros: Same drive as Dell, for a fraction of the price Easy to install

Overall Review: I was concerned that it would not work, but for the price, it was worth a try. My server reports that all is well.

Pros: Hard drives are great if they work.

Cons: Ordered two hard drives. One drive was bad with too many bad sectors. I setup an RMA with the the vendor EOL Tech. I sent the drive back which UPS confirmed was delivered. RMA number was on the box as their RMA group requested. We never got a refund so I called them about it but only got to leave a voicemail. I never received a return phone call but instead got an email a day later from NewEgg saying the RMA was cancelled by EOL Tech saying they never received the drive. I left another message for EOL Tech's RMA group but again still no return phone call.