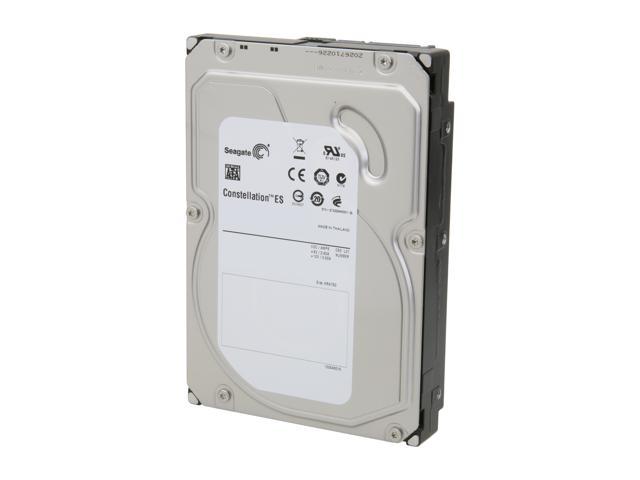 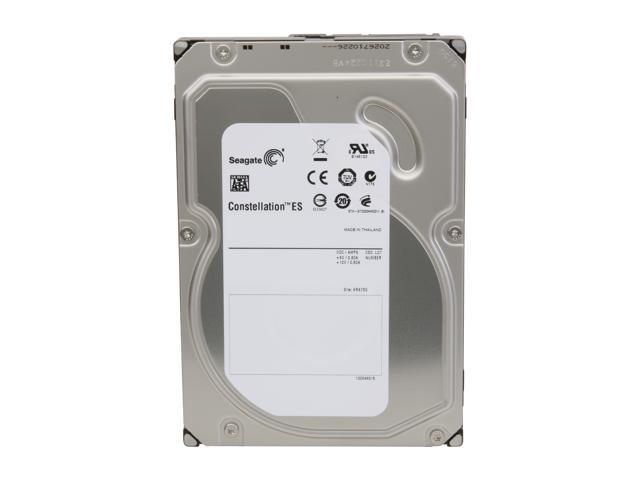 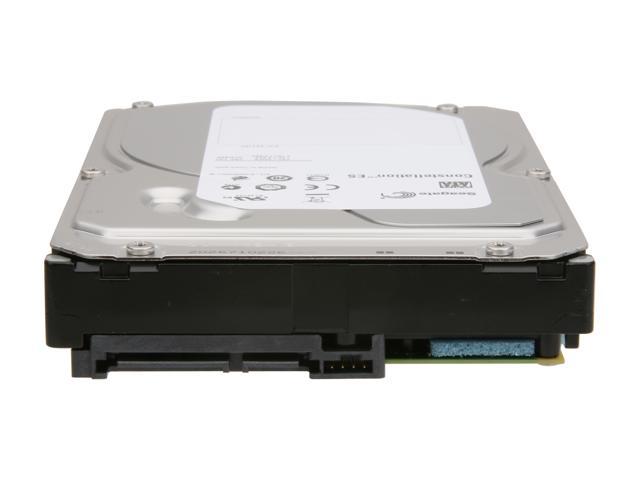 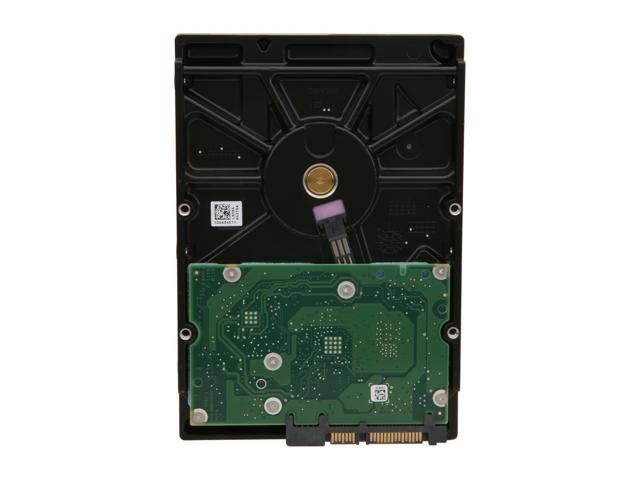 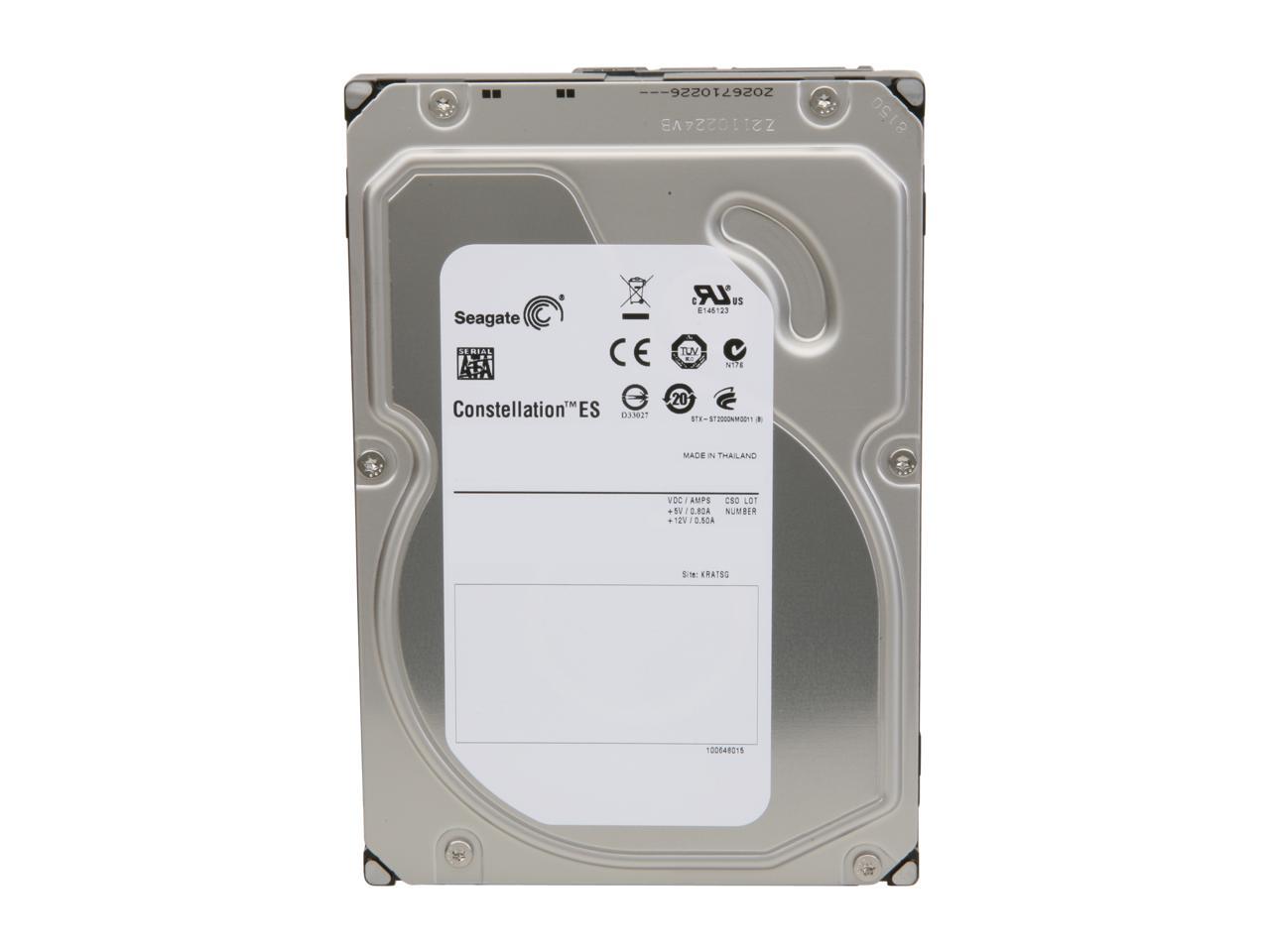 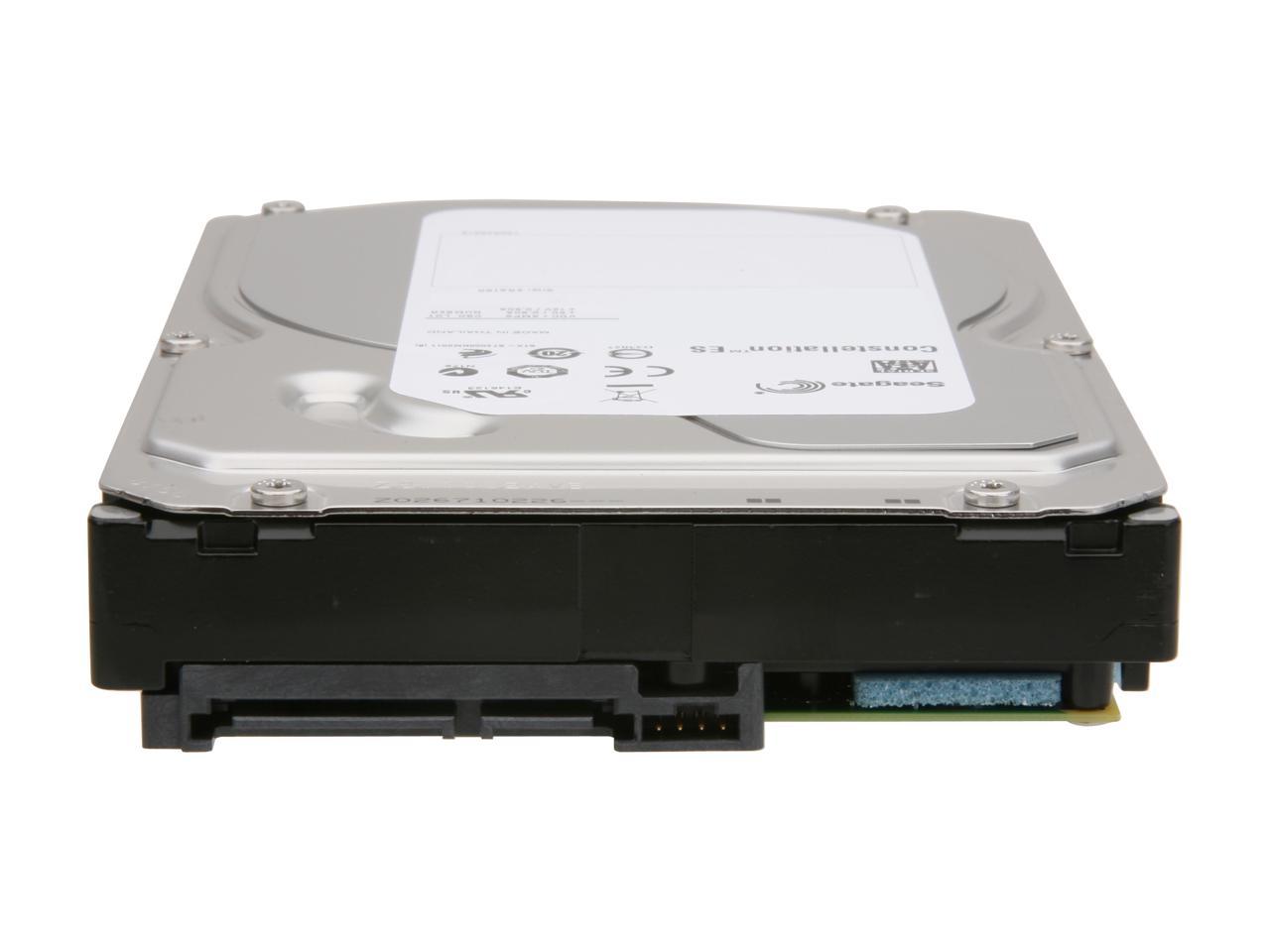 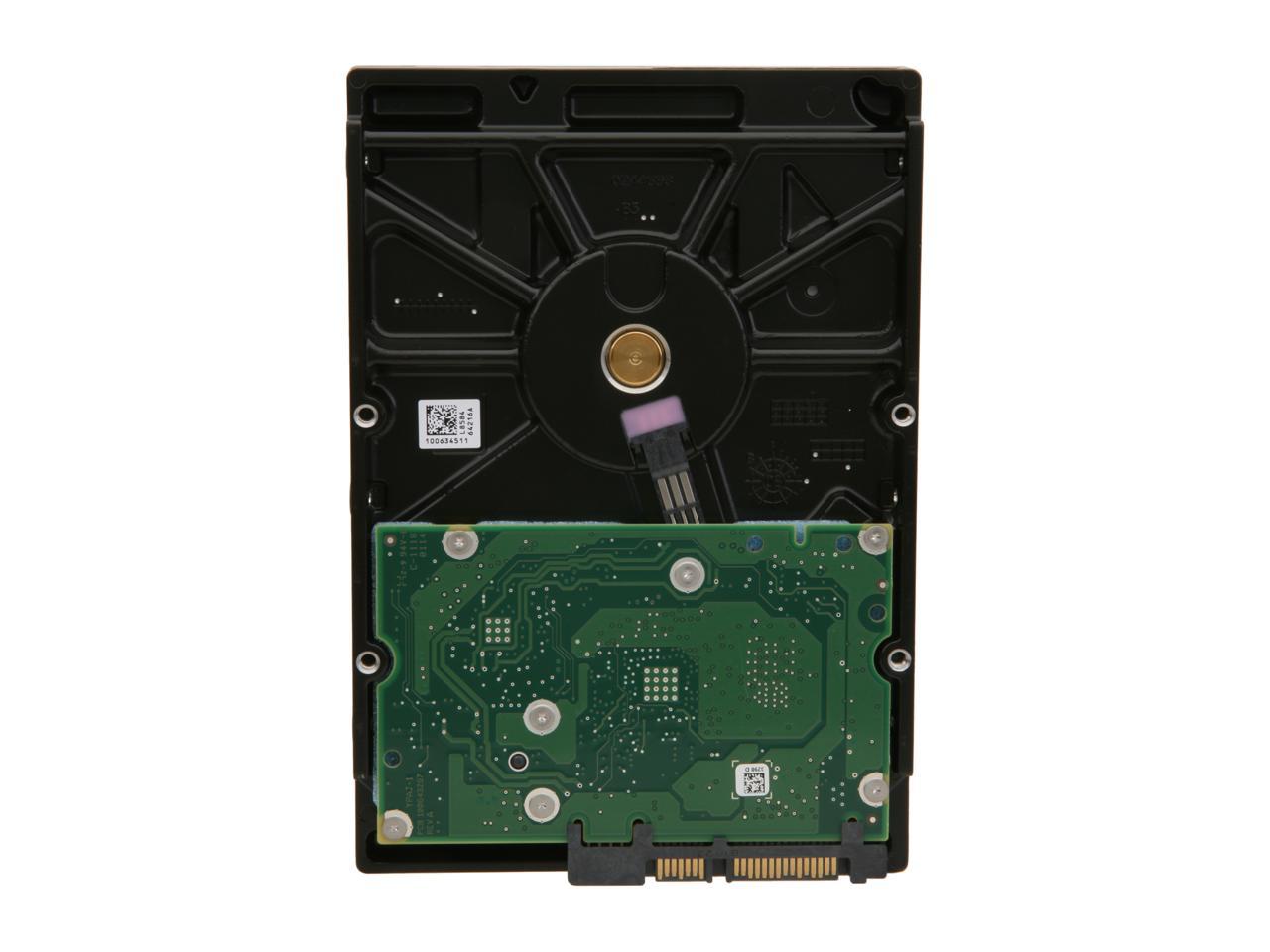 Pros: This drive isn't fast by Raptor or SSD standards, but it is really nice as a storage drive.

Pros: I have been extremely happy with these HDDs. I have two in RAID 1. I have never had any issue with these HDDs or with them in my RAID array, and I have had them for almost half a year now. Constellation ES is highest series of HDDs in the Seagate line-up. It is an enterprise class (EC) HDD, sometimes referred to as RAID spec'd or server class. Only Seagate offers a 2TB EC HDD that is SATA 6.0Gb/s. EC HDDs have a faster system response time that is often needed for RAID arrays, are typically higher quality, and designed to withstand being on 24/7. This HDD features a 64MB cache, and is fairly quiet. It is rated a little quieter than the Seagate Barracuda XT. Here is a little bit of a comparison between Seagate Constellation ES HDDs which are EC and Seagate Barracuda XT's HDDs which are not EC: -1,200,000 hours MTBF, compared to 750,000 hours MTBF of the Barracuda XT. -147 MB/s sustained data transfer rate, compared to 138 MB/s of the Barracuda XT.

Overall Review: I was using a pair of WD EC 500GB SATA 3.0Gb/s HDDs for years in a RAID 1 that I was very happy with. I would have gone WD again, but only Seagate offers EC 2TB HDDs with SATA 6.0GB/s, so I went with a pair of these. If you are going to use a RAID array, it is a huge time and headache saver to use EC HDDs. Non-EC HDDs often will fall out of the array due to system response times that are not fast enough. I bought two of these many months ago, well before Newegg offered them for sale. So I won't have the verified owner mark on this review. System Information: ASRock Fatal1ty P67 Pro Intel i7-2600K ASUS Royal Knight CPU cooler Arctic Silver 5 2 x EVGA GeForce GTX 560 Ti 2GB in SLI 4 x 4GB Corsair Vengeance LP DDR3 1600 Thermaltake Black Widow 850W PSU 2 x Seagate Constellation ES 2TB SATA3 HDD in RAID 1 2 x Lite-On DVD-RW burner 3.5" FDD w/ memory card reader Cooler Master HAF X full tower Win 7 Ultimate 64-bit

Pros: I wanted to add on to my last review. I've been running 4 different VM's on this drive for over a month now. Still no problems. I use VMware Workstation and my speeds with this drive are not as fast as I was hoping BUT...... There hasn't been a single hiccup. I run these VM at the same time and run various tasks within these VM's at the same time. All are installed on the same drive too. Access time and read time is incredible for a mechanical drive. Write times for my specific application are a little slow compared to much more expensive drives but not noticeable enough for me to shop for another drive.

Overall Review: I really put this drive thru its paces. I've shrunk it, expanded it, created and removed multiple partitions too. I do a full deep virus and malware scan EVERY night and this drive keeps taking it. I'd like to also add that Newegg shipped it very securely. Of'course I've never had a problem with Newegg or its shipping practices. I own two of these drives in this size and several more in this series with larger capacities. I used to buy WD but never again after having a years worth of trouble with several of their drives. This drive is quiet and runs cool. For the average user it will do a great job being a secondary storage drive. Anyone not using a SSD as their root drive needs to upgrade TODAY IMO...lol As always....get this drive....you will love it!

Pros: we've used many SG Ent drives here for both our corporate data/NAS use and in the numerous IP DVR video security sytem storage arrays we have in operation. i think the expectation from many is that everything lasts forever and nothing ever goes bad. seriously? we've had our fails/write errors in these drives but the frequency of them is far less than for typical desktop quality drives which have both a lower duty cycle and a shorter life expectancy. that's why we use extensive RAID and duplication of drives and expect to stock a few spares to plug in as any of the primary drives go South on us. and that happens. the engineering studies show a normal curve on how they last with a few early life mortality drives, more as the drives age, and then less as the last ones reach the end of the MTBF model they use. we're a satisfied Seagate user. i've even gone so far as to spec them in desktop applications for people i know are really hitting their drives with data like our CAD and DB staff seem to do constantly.

Cons: they are pricey!

Cons: so far so good

Pros: I know the drive is built for reliability. Been 5 months of 24/7 operation and not a single issue.

Cons: Got some noise to it. But its not that bad. I like it. I know its writing/reading when I hear it.

Overall Review: Got one of these when they were on sale for $99. What a deal at the time.

Pros: Works fine, fast for sata, I can't hear it.

Overall Review: A Vantec Stealth 80mm case fan is louder. Outperforms competitors of the same interface type and rpm on sustained sequential read/write. Probably only achieves SATA III speeds (minus overhead) when reading from or writing to the drive cache (the platters cannot deliver 6gb/sec on 7200 rpm drives).

Pros: The amount of storage I needed plus the interface and speed I wanted.

Overall Review: Can I hear the drive? I guess, but for me it's hardly noticeable, certainly not worth an egg.