Feel 100% satisfied with your purchase -- with no restocking fees & no return shipping costs* within 30 days of delivery. Learn More
Newegg’s gift-wrap service is the ideal solution for making your gift special! Select your item as a gift, then add your message. Your gift will also be discreet with no prices being included on the packing slip.
Price Alert
Add To ListFound on 2 wish lists 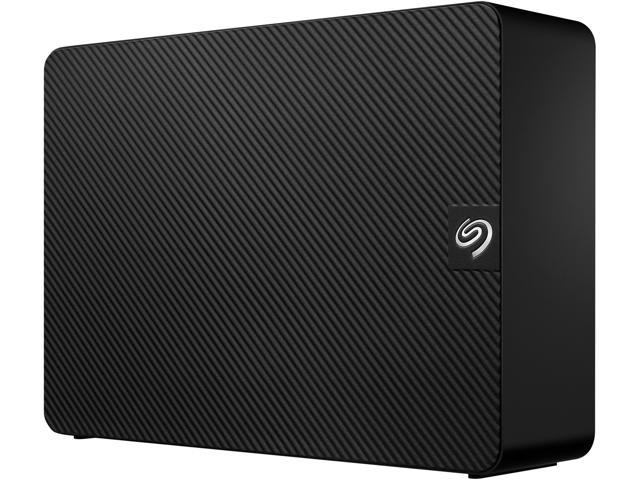 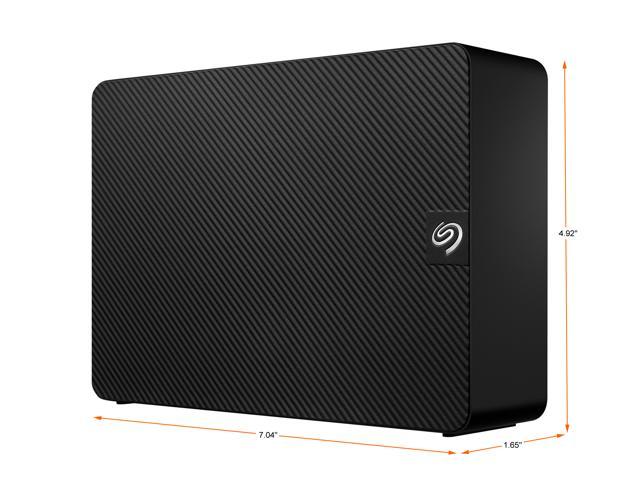 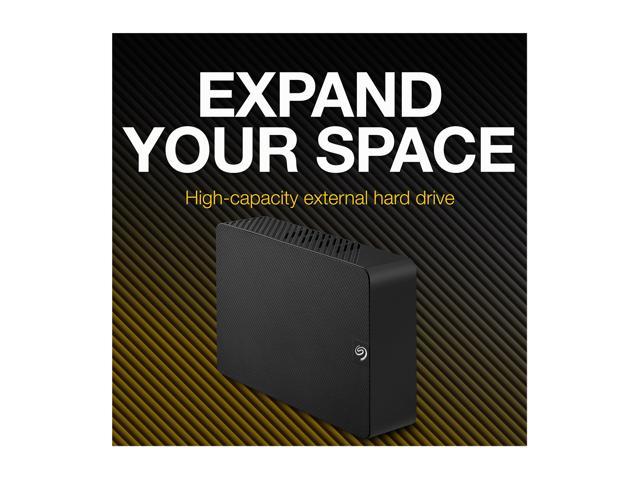 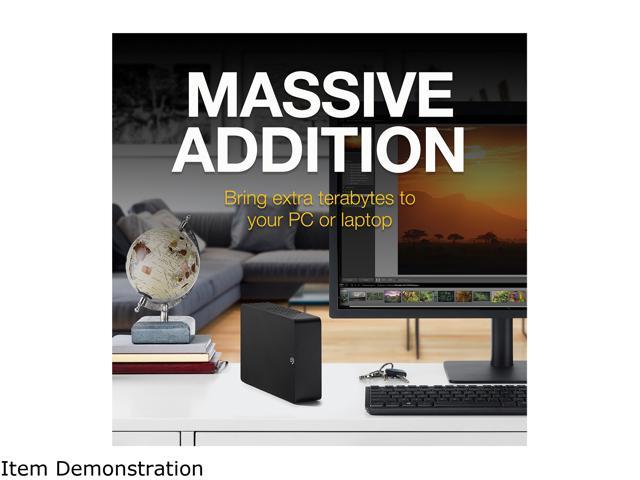 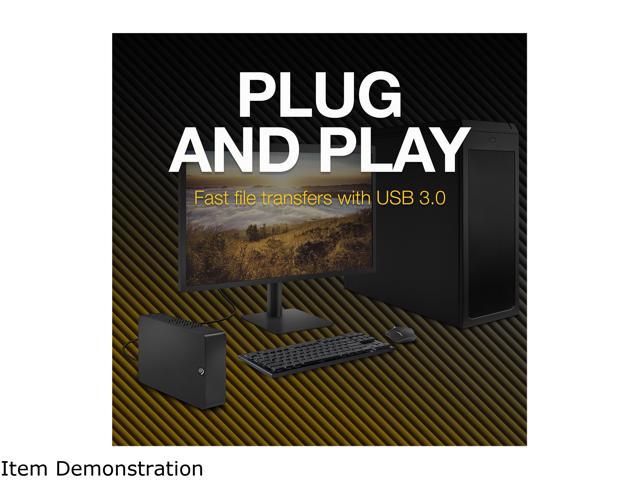 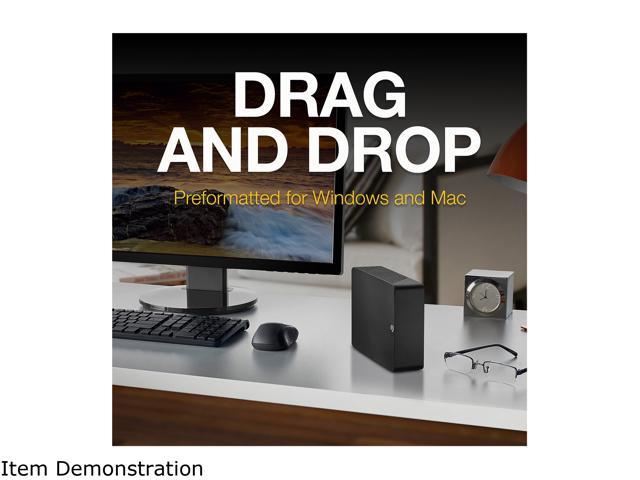 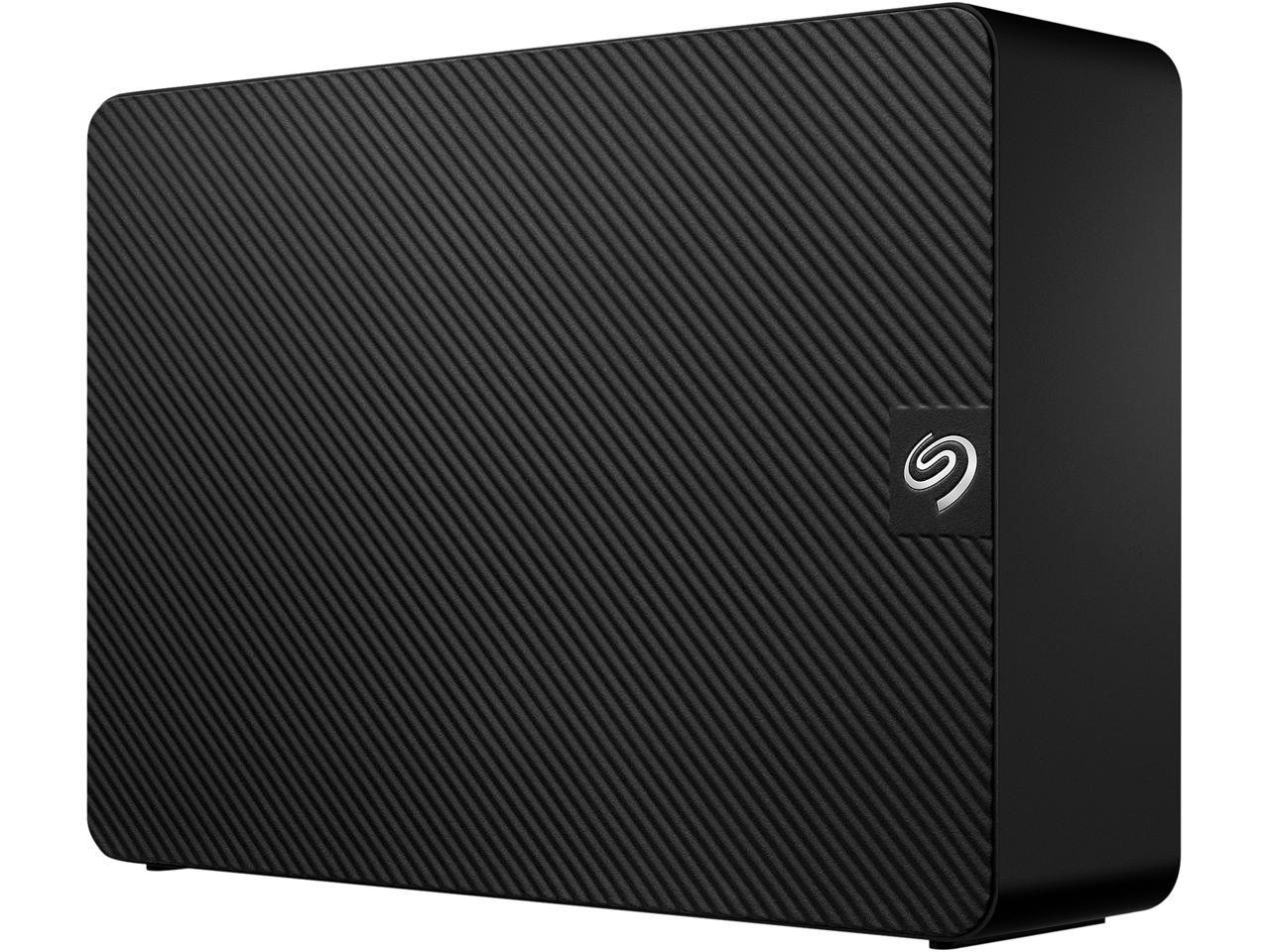 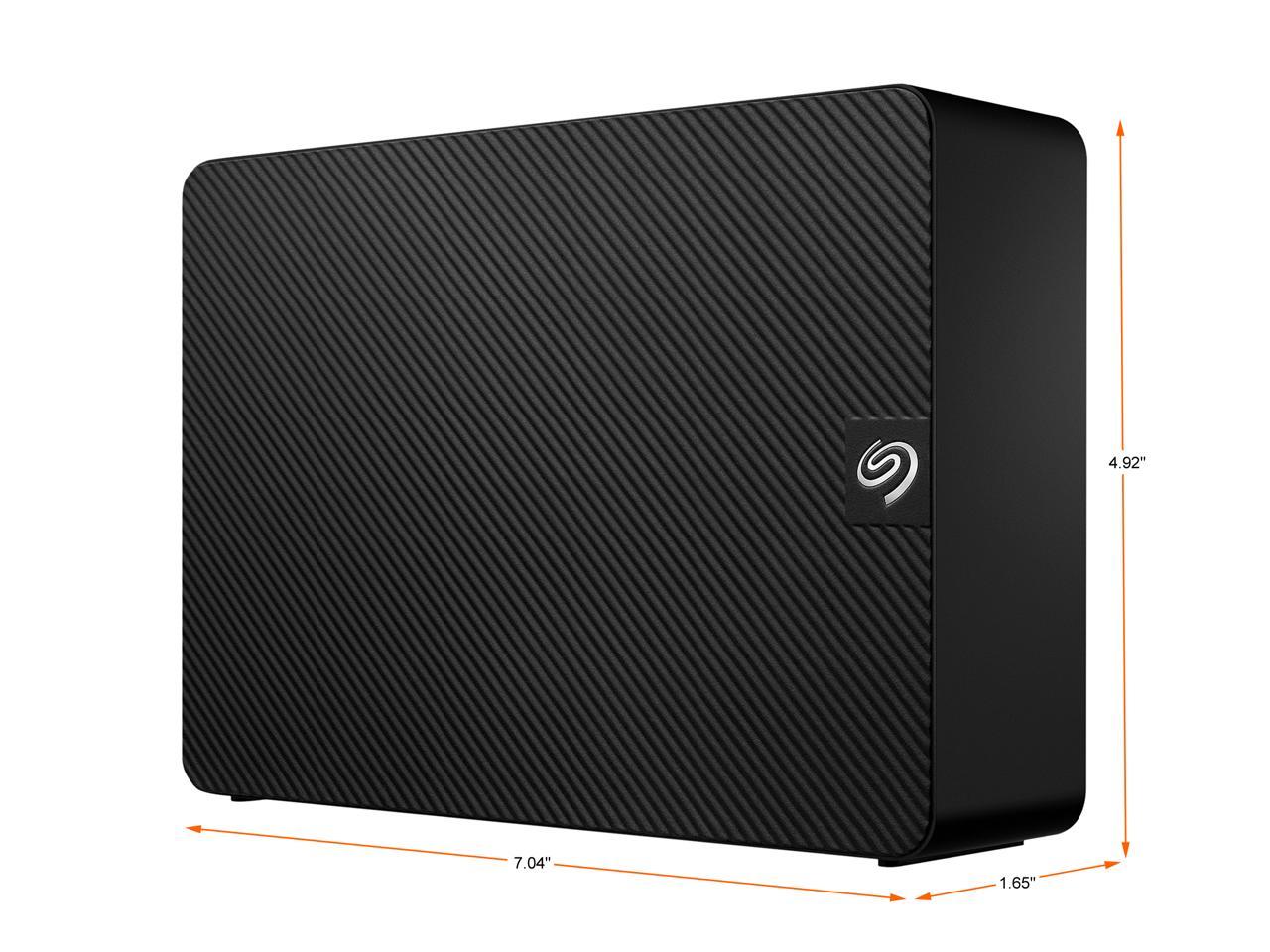 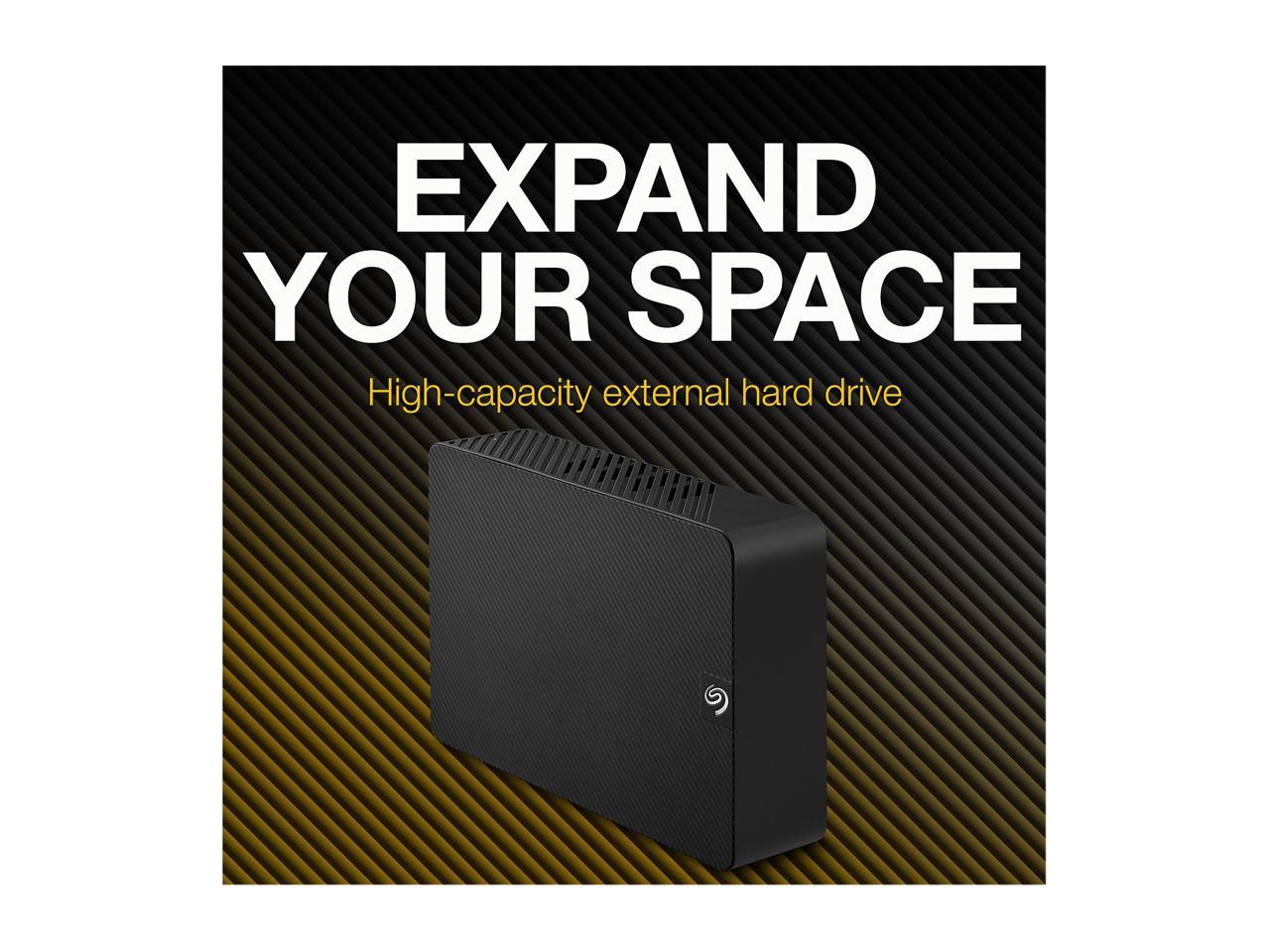 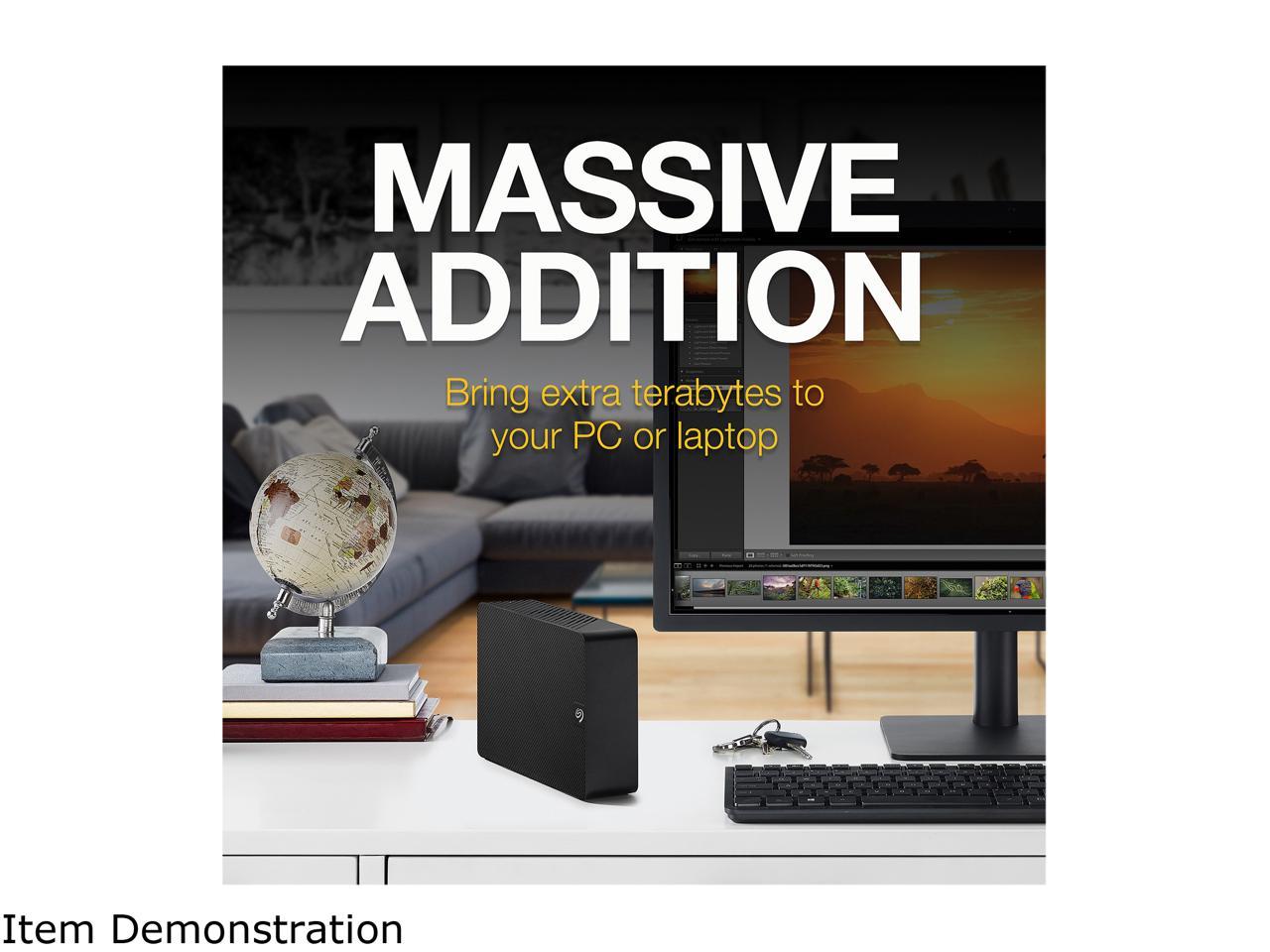 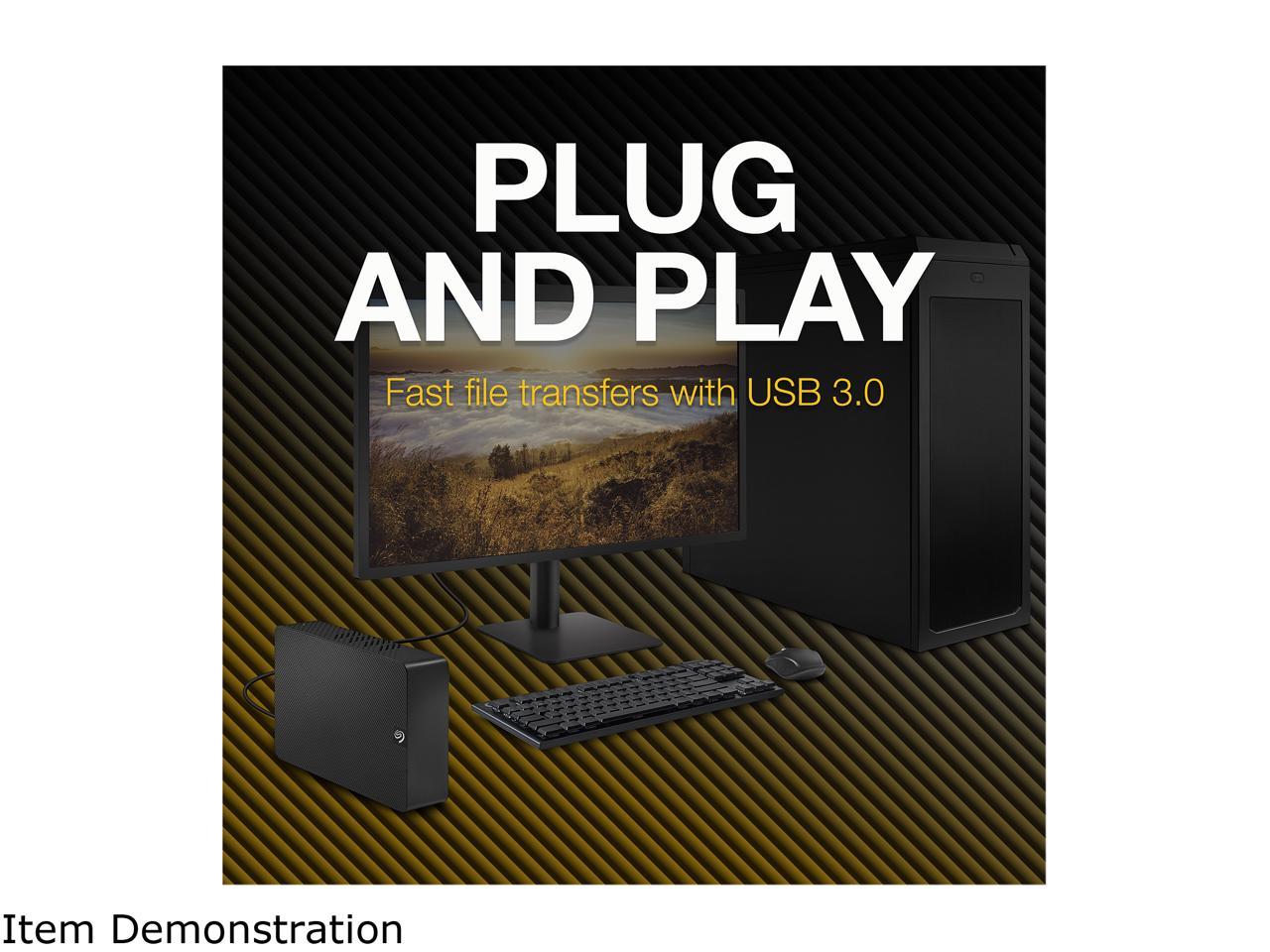 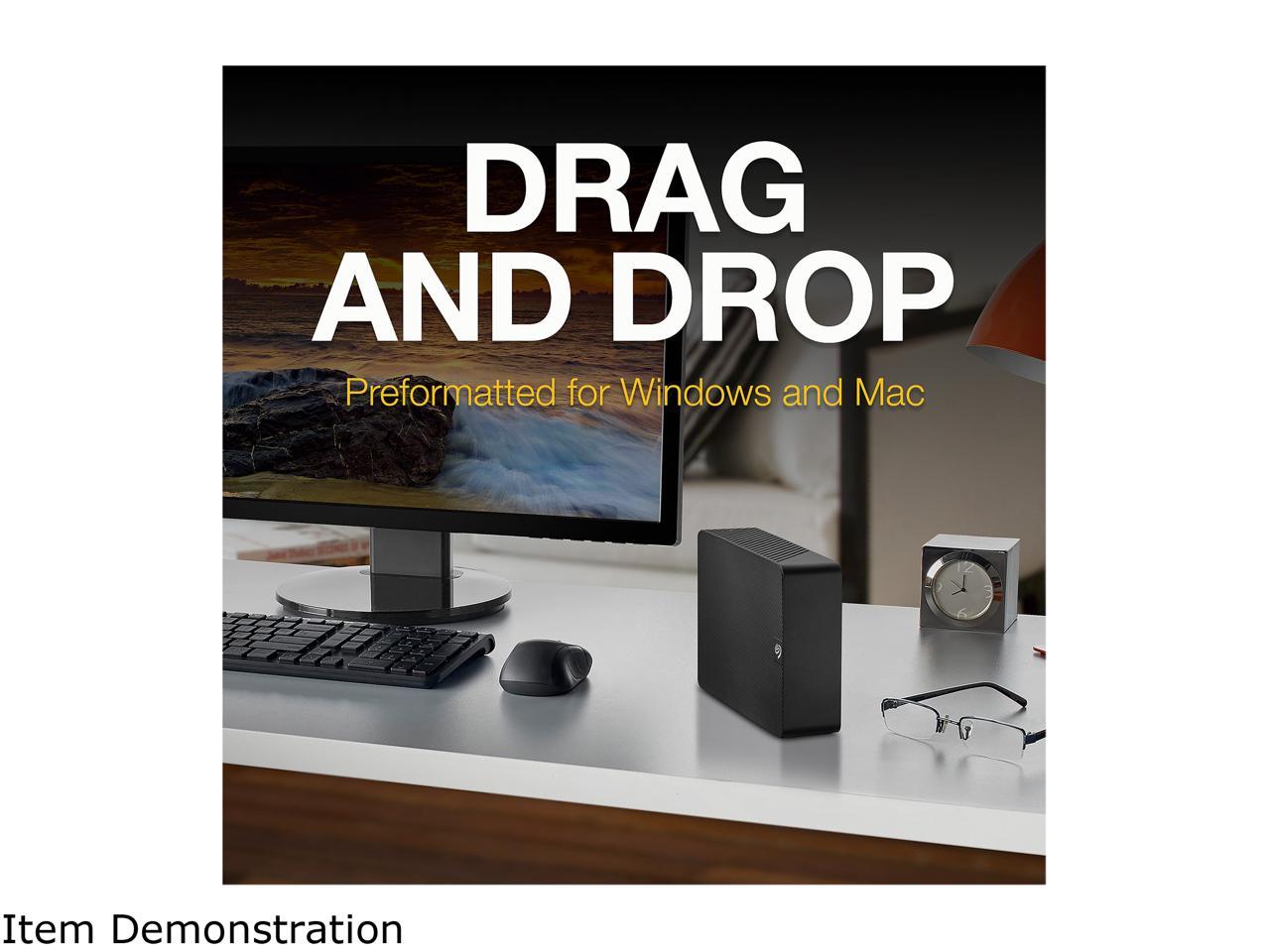 The Seagate Expansion desktop drive provides extra storage for your files. Instantly add space, consolidate files to a single location, or free up space on your computer’s internal drive. Simple drag and drop file saving means no hassle while USB 3.0 connectivity gets the transfer done at blazing-fast speed.

The Expansion external hard drive installs easily by plugging in two cords. You can start saving your digital files to this hard drive within seconds of removing it from the box.

A Sea of Storage Space

Digital photos, video and music files can tax your computer’s storage, causing performance to decline as its internal hard drive fills to capacity.

1. Photo based on a 10 megapixel camera producing images 5MB in size

2. Songs based on average length of 4 minutes, 4MB size

With up to 5Gbps bus bandwidth of the USB 3.0 standard, you can transfer libraries of movies, photos, music and files in minutes, without having to wait around.

We’ve Got Your Back

When the unexpected happens—like water damage or natural disaster—Rescue Services help you defend against data loss and retrieval costs so you can rest easier.*

* Rescue Data Recovery Services not available in all countries.

Overall Review: I bought these to shuck them to get NAS drives at a lower price without a warranty (gambling that I won't need it). My two units (purchased May 2022) both contain EXOS X18 16TB drives (model # ST16000NM000J) which is good stuff. A smartctl long test is running right now before I crack them open and say goodbye to the warranty for good. These ship in retail boxes, so the drive is inside of its external enclosure, which is then suspended inside of the retail cardboard box with the factory packaging, and then Newegg ships the retail boxes inside of a much larger box with the extra space filled with those large air bubble bags. This is probably better protection than a bare drive would typically receive in transit from most retailers, so I consider that a plus.

Cons: The problems are no usb external ports. I knew that but one can wish. It's top is open in about a three inch section (so becareful with water and the like. I do not think cornpop will be a problem. The last item is to small. Having said that I started out 360k single side floppy drives and I'm grateful indeed.

Overall Review: I would recommend. I'll report in six months with better details. Thank you, Newegg Hopefully you will be able to stay in business. I still appreciate all of the fine products that I have Purchased though out the years. Take Care.

Pros: I got mine at $16/TB on sale about 280MB/s R/W see photo, crytaldiskmark run x 3 good speed typical of new HD, a good start as my prior Seagate's were new at 180MB/s last bought early 2022 not much speed change using Veracrypt as encryption ships with cable psu, plug and play, as always best as archival drives, without much erasing to avoid fragmentation I've used this now as a backup of my archives, writing half of the disk full, with speed roughly maintained at 150-280 MB/s, particularly if the source is an SSD I used the Seagate warranty once to replace one drive in 2014 and it went without hitch getting a replacement following their very exactly procedures for RMA

Cons: speed drops as the drive fills but worse if it fragments, so best to write in large batches from an SSD for archiving, but this is happens to all SMR drives the real test is long term lifespan with use, but only time will tell. My oldest Seagate in my fleet of 16 HDs is from 2014 and still going strong, but also well cared for ... I've had only 2 dead HD since 2009, a Seagate from 2014 and one WD from 2009, the oldest

Overall Review: Between all best makers I've tried, Seagate, WD, Toshiba, etc., for the most part all HD are roughly the same in quality and longevity, so I get them whomever has best $/TB and I always buy new from authorized source to insure its in true factory shape and not abused or counterfeit

Overall Review: I hope it last as long as my last one did, I've have had it for 8 years but do not run it continually. It is a 3rd tier backup and I have another one off site that I have had for over 9 years.

Pros: Product was just what I expected. I don't like surprises when it comes to tech gear.

Overall Review: Product was just what I expected. I don't like surprises when it comes to tech gear. I will buy again when I need another.

Pros: I has a lot of space for the price and is easy to set up and use.

Cons: I just wish it was a little smaller to take up less desk space.

Overall Review: If you looking for more space this is a great item all the way around for the price.

Pros: This is the 12th Seagate External SDD I've acquired over the past 5 years or so, and the first of this capacity. Just as with the others - 8TB, 6TB, 5TB, and 3TB - the drive was very straightforward to configure and start migrating data to. It's great to have the extra capacity.

Cons: Not really a con, but it is a departure from previous Seagate Expansion drives within recent years - I'd come to expect the drives to be formatted for GPT out of the box, so it was plug in and go for Windows. They are now being formatted as exFAT, presumably to be compatible with both Windows and Mac machines in one version (as opposed to having separate drives for each OS). I didn't bother to look, and only realized when a volume name I'd used many times exceeded character limitations. No big deal - just be prepared it you want GPT to move big files, long labels (i.e. anything you can with modern file systems in Windows! Hah!), you'll need to break out a few of your old command prompt diskpart skills - unless you've got a 3rd party disk management utility installed. Took an extra 15 minutes to reinitialize and set volumes, then clear it for dynamic volume assignment, and I had it where I wanted.

Overall Review: Definitely recommended - I have many other versions to prove it, and I've never had a failure - although I should mention that mine don't run constantly, and are used mostly as read drives for media, most writing occurring with initial loads, etc. But yes, definitely recommended!