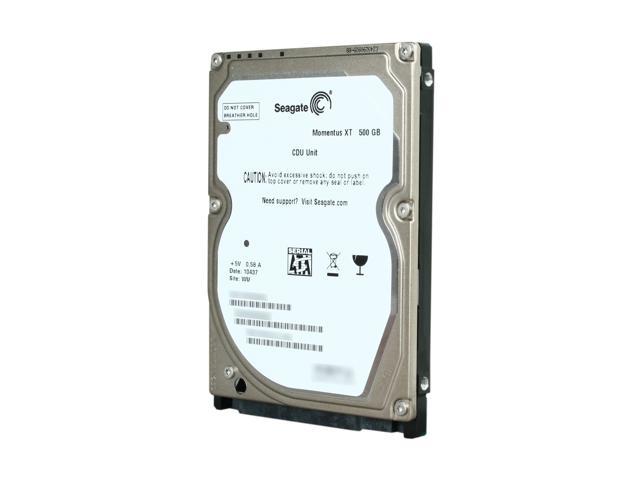 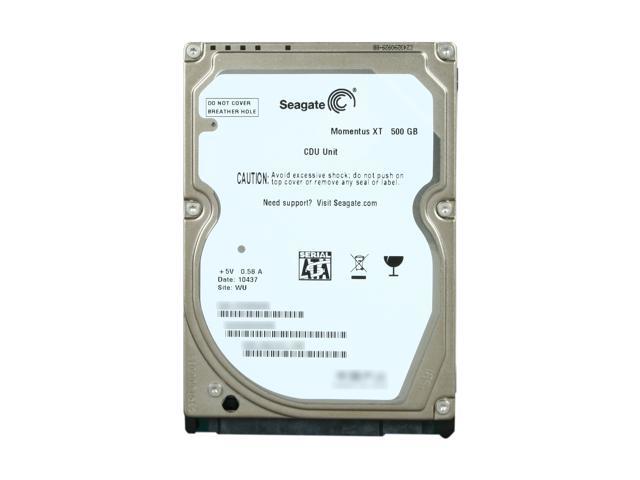 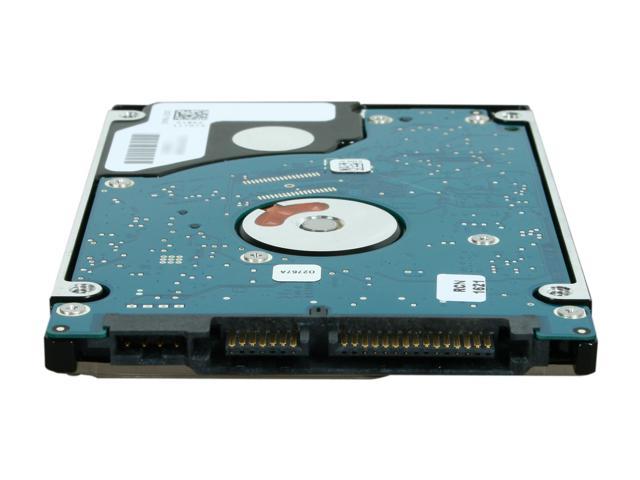 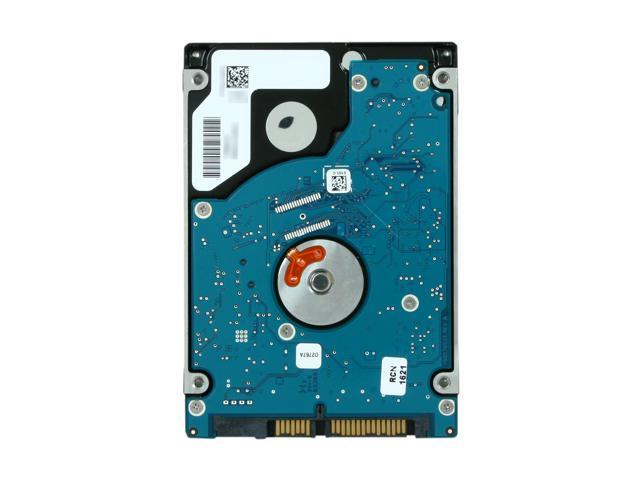 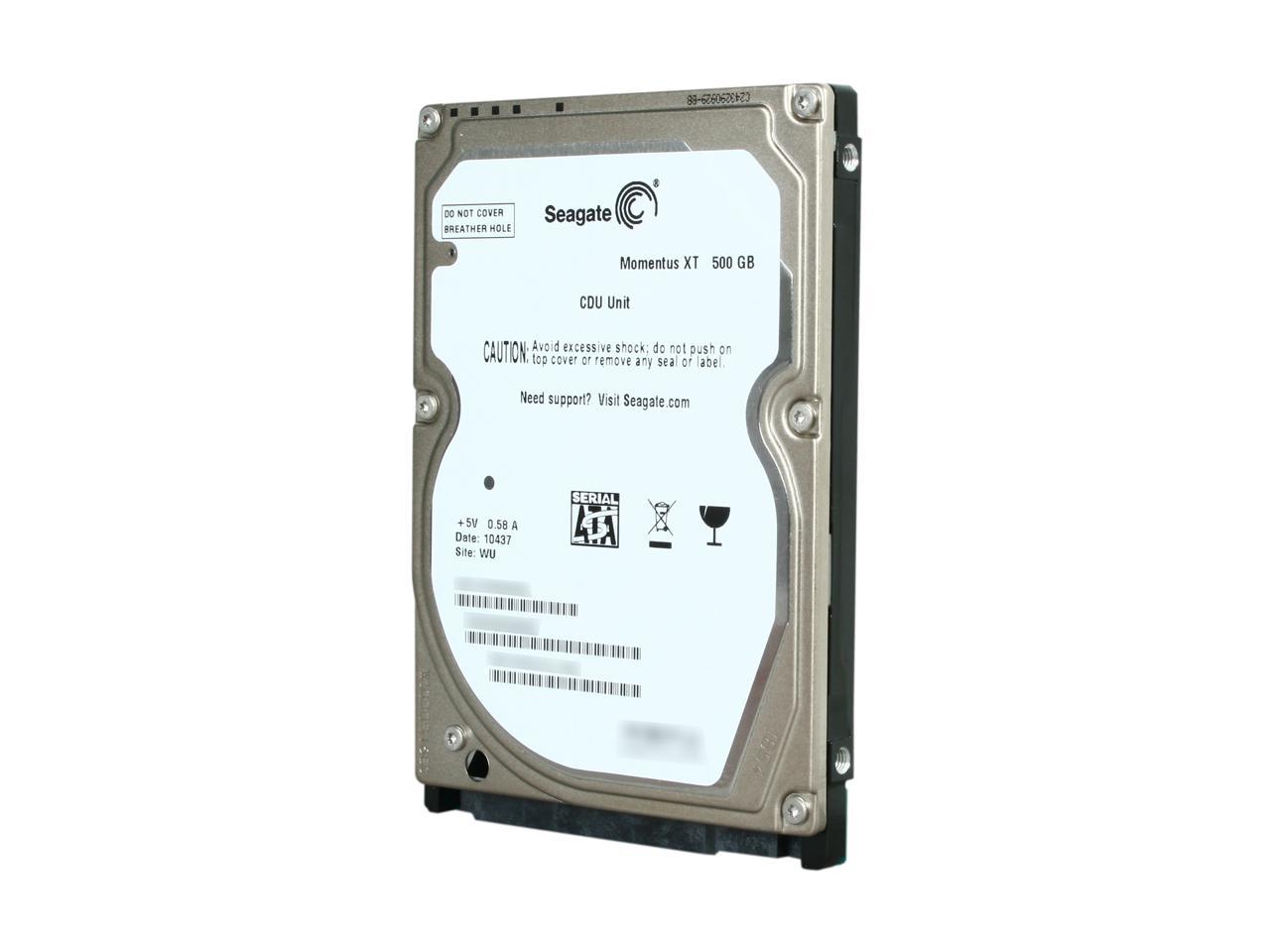 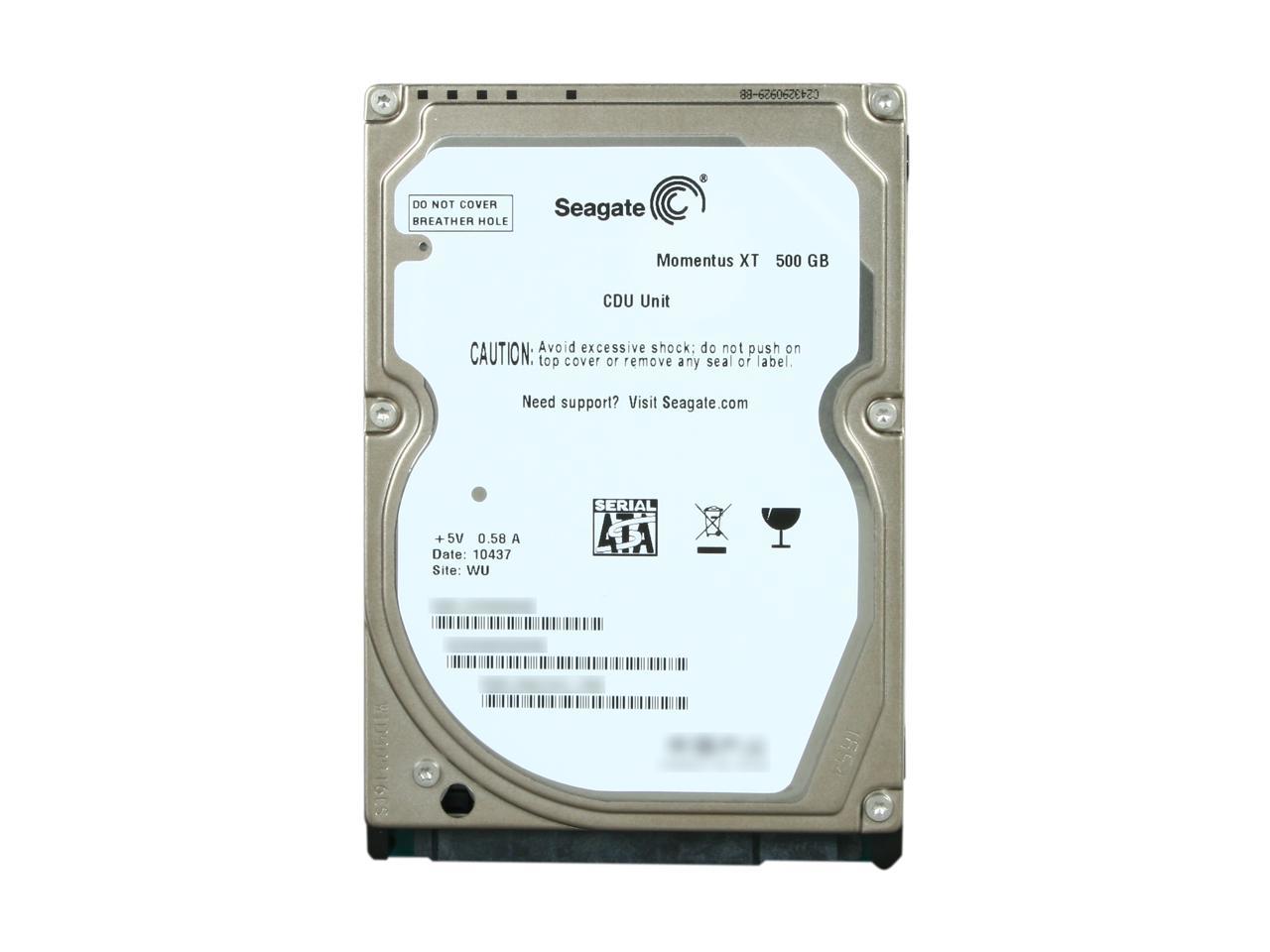 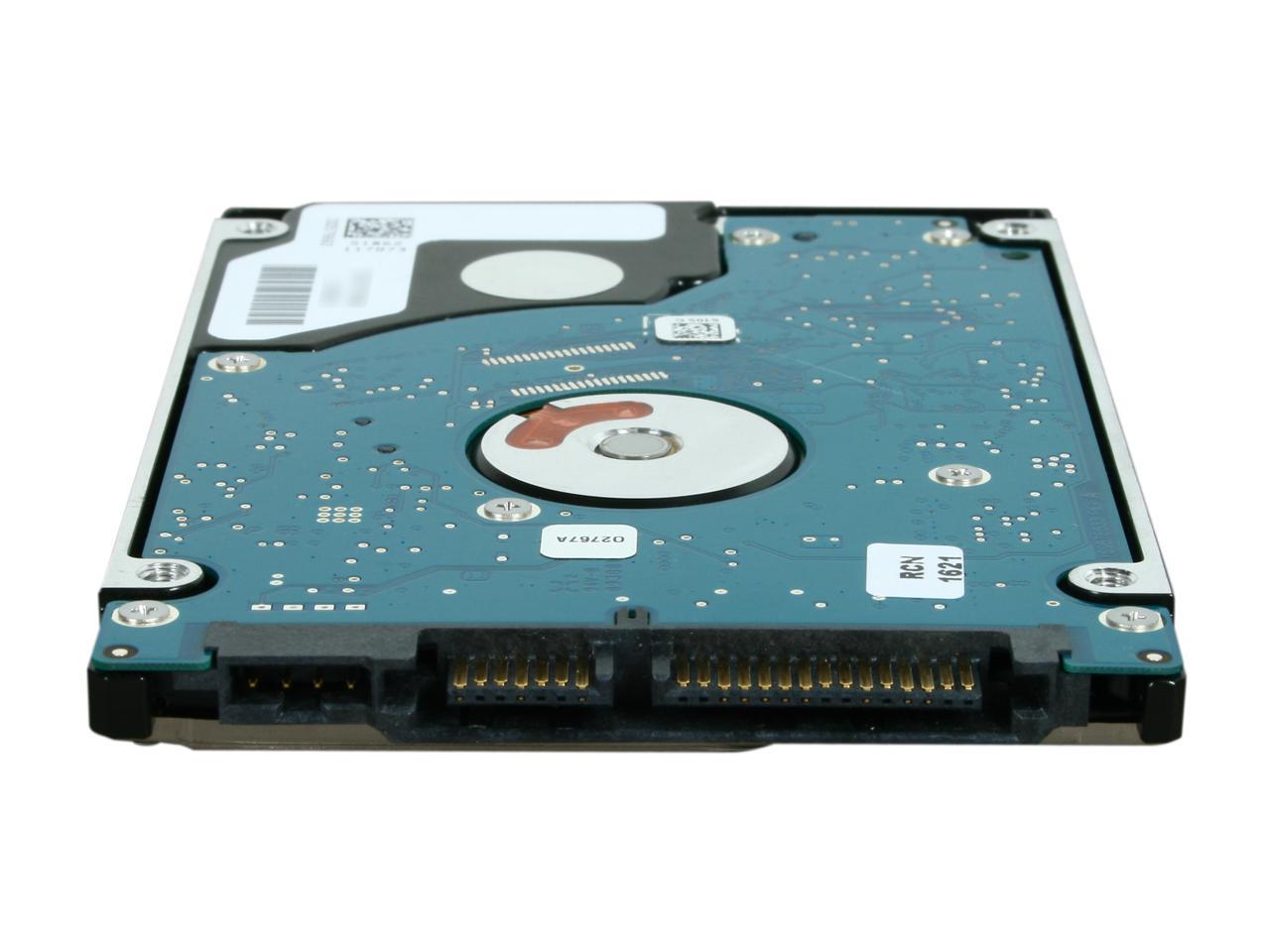 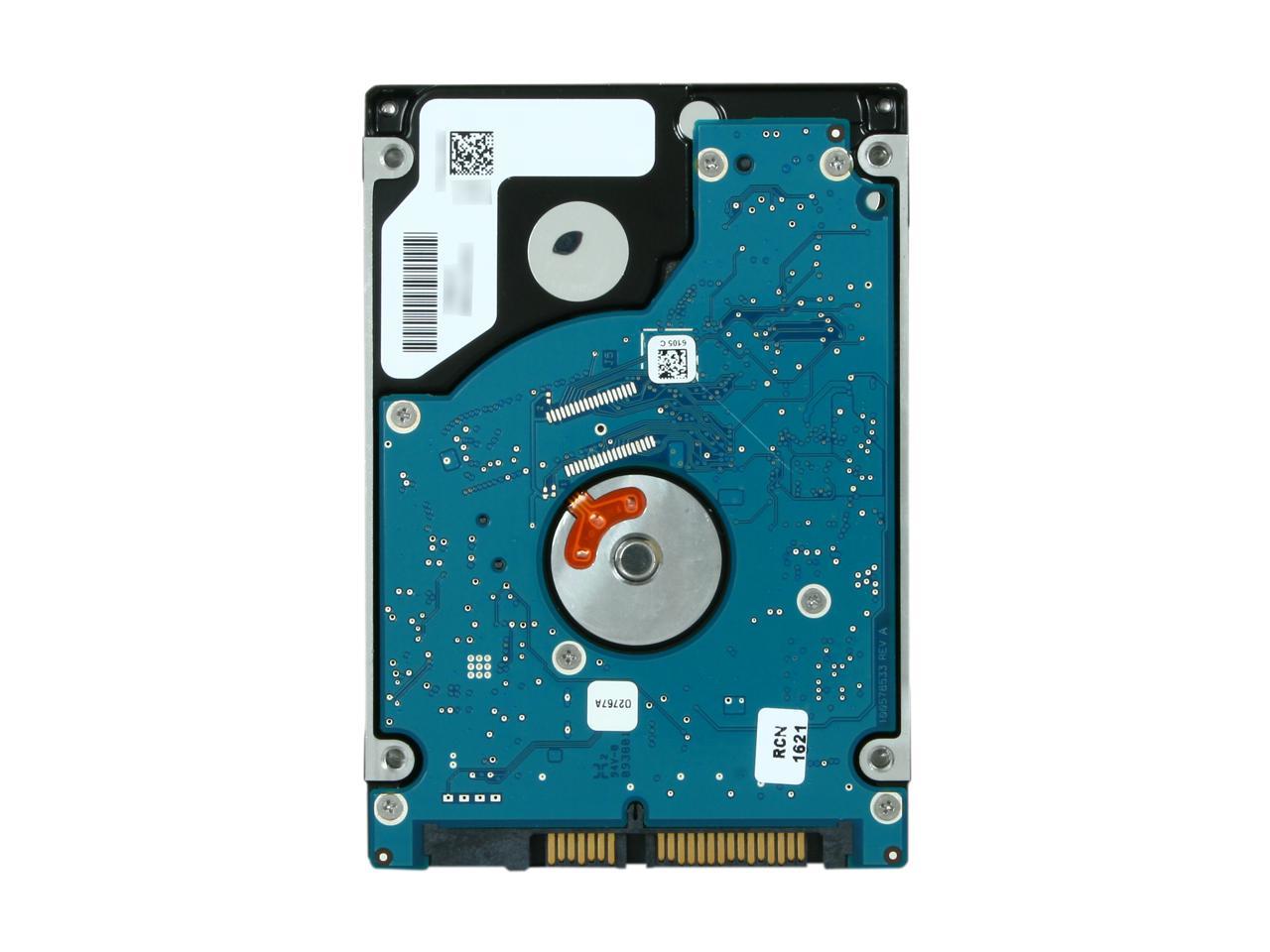 Pros: Very Good Performance Good survival rate from what i can tell from fellow eggers Price was perfect! Picked up for 49.99 free ship!

Cons: It is a little thick, so certain laptops it may not fit into. Other than that..its a good little drive.

Overall Review: Customer of mine was looking for a speed boost & an increase in storage space but had a small budget to do so. The XT was a perfect compromise for this scenerio. As we built her PC from salvaged parts from her old Dell Dimension e521. The USB controller died which rendered the computer useless(as Dell in there infinite wisdom did not allow PCI USB cards to work natively with the BIOS). So we took the AMD X2 4200, 2GB DDR2, WD 80GB HDD & DVD burner out and built a new machine around those parts. However, the old WD 80GB IDE hard drive was starting to show its age (over 5,000 power on hours) and 80GB is no kind of space now a days anyway. For 50 bucks, you can't beat the Momentus. She is very very pleased with this upgrade! Seagate 80GB ST380011 SATA HDD Crystal Disk Mark - 50Mbs Read / 49Mbs Write Boot Time Measured with Soluto... Original Boot - 3min 40sec After Tweaks - 2min 37sec Seagate Momentus XT Crystal Disk Mark - 92Mbs Read / 89Mbs Write Boot Time Measured with Soluto... Original Boot (all updates & programs installed) 57 Sec Second Boot (after tweaks) 50 Sec Her machine went from almost 4 Minutes boot to less than 1 minute. My WD Green 500GB drive would boot my Windows 7 64bit in a 1m 30s roughly, my Samsung 830 256GB drive I use now does it in 26 sec. So I'd say the XT is a very good compromise. I was a skeptic, but now I'm a believer and will absolutely recommend it to people who need a speed boost & more storage and are on a tight budget.

Pros: This drive is noticeably faster than the 5400rpm drive it replaced.

Cons: I have found this drives speed is not comparable to SSD speeds.

Overall Review: This drive is advertised as comparable to SSD speeds. I have not found this true, although this drive is faster than the 5400rpm drive it replaced it is not comparable to SSD drives I have used in the past. If you are looking for a good HDD, I recommend this drive. If you are looking for a cheap drive alternative with SSD speeds I do not recommend this drive.

Cons: does not give out hugs

Overall Review: i've used an ocz ssd but found it to be less reliable than a tried and true magnetic disk hope this is best middle ground

Pros: As I installed this drive in a PS3 that is what my comments are based on. - MUCH faster over stock 120GB 5400RPM drive. Bootup and flipping through menus is much faster. - Purchased because of my impatience in Gran Turismo 5. I am much happier now. Races load much faster especially after a few loads and the info is cached in the SSD. Navigating through screens and cars is MUCH faster. - FAR cheaper than an SSD with roughly the same or just under the same performance in a PS3 system. - 5 year warranty. SERIOUS! That is impressive. Although I have a feeling this is because they want failed drives back to diagnose the new tech.

Cons: None. Maybe a larger SSD than 4GB, but I'm sure that would increase the cost.

Overall Review: If you have a PS3 this is a VERY worth while upgrade.

Cons: 1. First drive was DOA, just beeped at me and randomly spun up and down 2. Wished it had a higher capacity

Overall Review: Bought it at local big box store for $89.99 If this drive holds out I will definitely get one or two for my future desktop build, which at that point I am hoping for a 3.5" drive with at least 1TB from Seagate

Pros: Will speed up most used programs and cut boot times measurably. I go from BIOS "verifying DMI pool" to a usuable desktop(Win7 64) in about 30 seconds. Most used apps and games spring to life almost instantly.

Cons: Overly aggressive APM puts the platter to sleep causing multi-second delays when accessing a less frequently used program. Very annoying. Sometimes you will click an icon and nothing happens for several seconds until the platter starts to spin up. Drive is relatively noisy. Also, my S.M.A.R.T monitoring tool shows the reallocated sector count going up.

Overall Review: Follow up to my original review when I was enamored with the increased application launching speeds. The APM is a real drawback. Using various tools (Crystaldiskinfo/Hddscan)you can disable APM, but when you power cycle the drive the settings revert to "on". The only workaround I've found is to use HDDScan 3.2.2 and use the batch file creation tool. Drag the created batch file into your startup folder and it will disable APM on every boot.

Pros: This drive is great for any OS boot drive. It loads windows in seconds, tried it with ubuntu and it was almost instant on. When I open programs on it they seem almost like they were already running (like firefox, vlc player, ect) If you use this as your "C" drive then the reads will be faster then any other normal harddrive. This drive, while slower then SSDs that cost the same, it is 4-6 times as large. More importantly, this drive is OS independant, it will run on non-Win7 or newer linux just fine. Winxp, older linux distros, mac OSX, it will all benefit from this as the boot drive. This drive has changed the way I use my computer, instead of hitting power and going and brushing my teeth I have just enough time to put my slippers on. I now use shutdown and the power button instead of standby. There is no delay after boot while the drivers load that I used to have. The drive size means it can also spice up a slow netbook.

Cons: I got this drive for just under $90 and it is a deal at that price. Due to current harddrive shortages this drive is 30%-50% more expensive depending on the week. Didnt come with brackets for desktop 3.5inch bays. No way to decide on my own what get put into the flash buffer area. It would be nice to perma-tag folders or files to it (like firefox cache, which is probably too dynamic to be in the flash part after it fills up). There is a firmware that is better then the rest, read some comments on the newest 3 firmware, one of them is the sweet spot for putting in the best files to cache. The newish one that should ship with the drive is one of the better firmware, so dont sweat it if you dont want to.

Overall Review: The best thing is to take this drive and use clonezilla to copy your old instal (if your C drive is smaller then this drive) over to this drive. Then you can plug one in at a time and see the difference. Difference will be noticed the 2nd-3rd time you boot, and after starting firefox,vlc, ect twice. Know what this drives does, its not a SSD (which needs trim to be on, so Win7 or Linux) so the writes are below a raptor. The reads smoke a raptor (150g version) after running the benchmark twice. This drive would function as a normal 500gig if not your OS drive. That would mean your spending 50%-80% more then a normal 500g for limited benefit (under normal HD prices, not shortage prices). There may be a case (installed as a 2nd drive) where you play a single steam game alot, then it would be like a single game SSD (with extra space for storage or less used games). Also a MMO might work, often visited areas and the login would get a boost. But this drive is best as boot (C:).