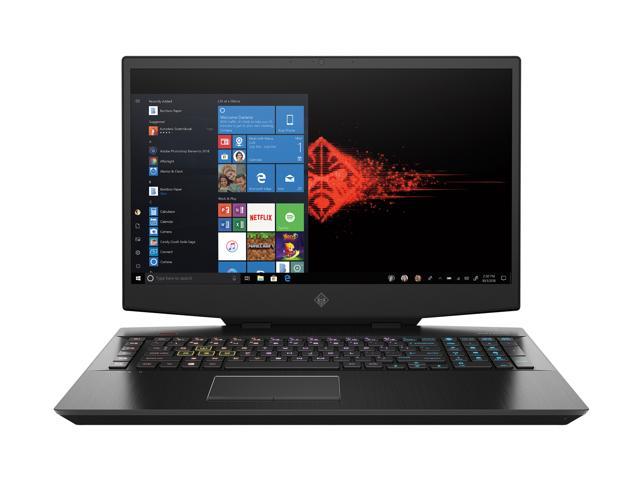 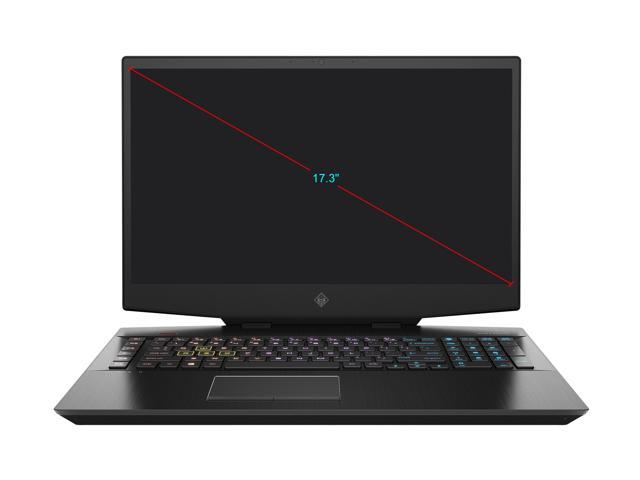 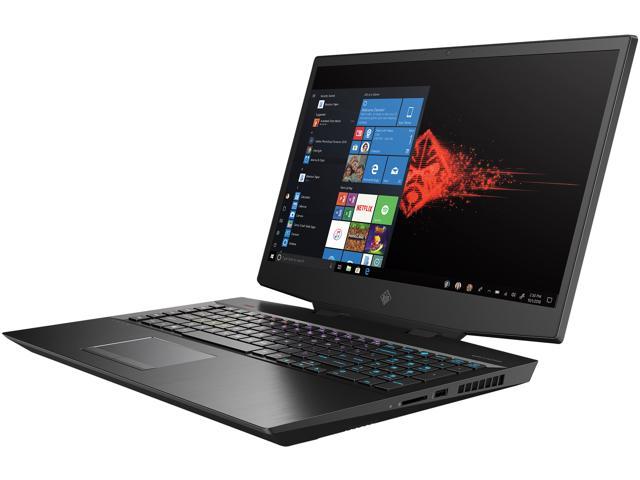 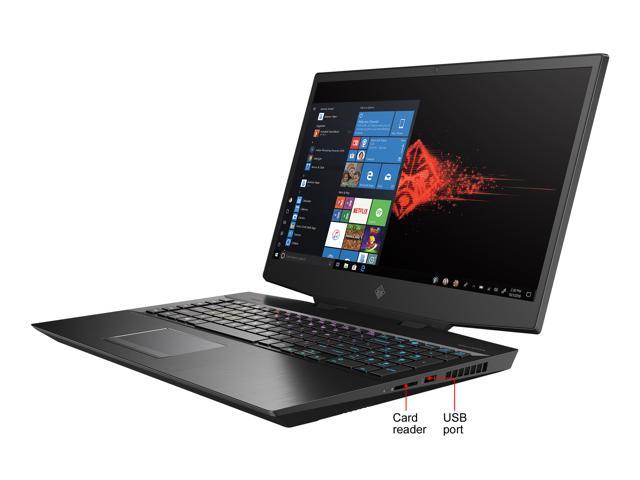 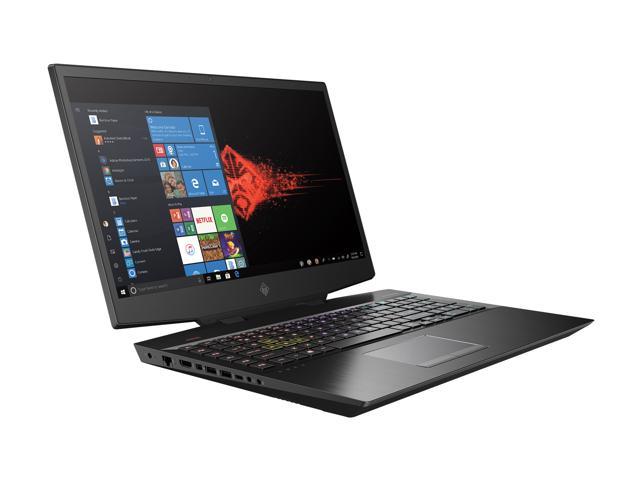 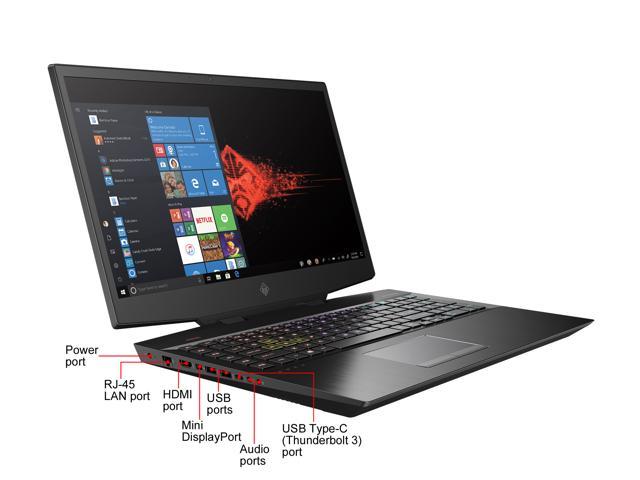 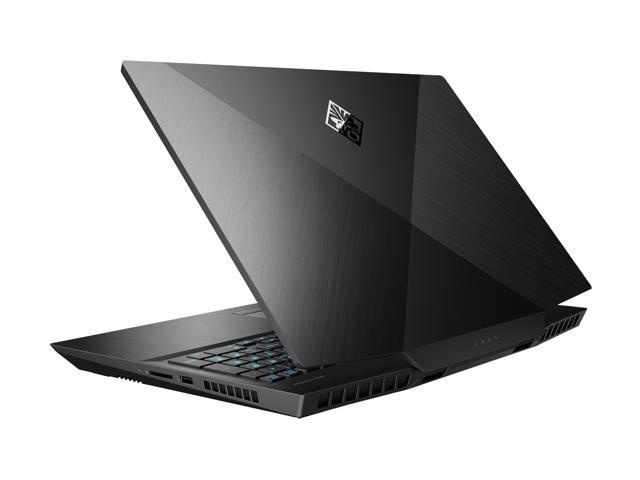 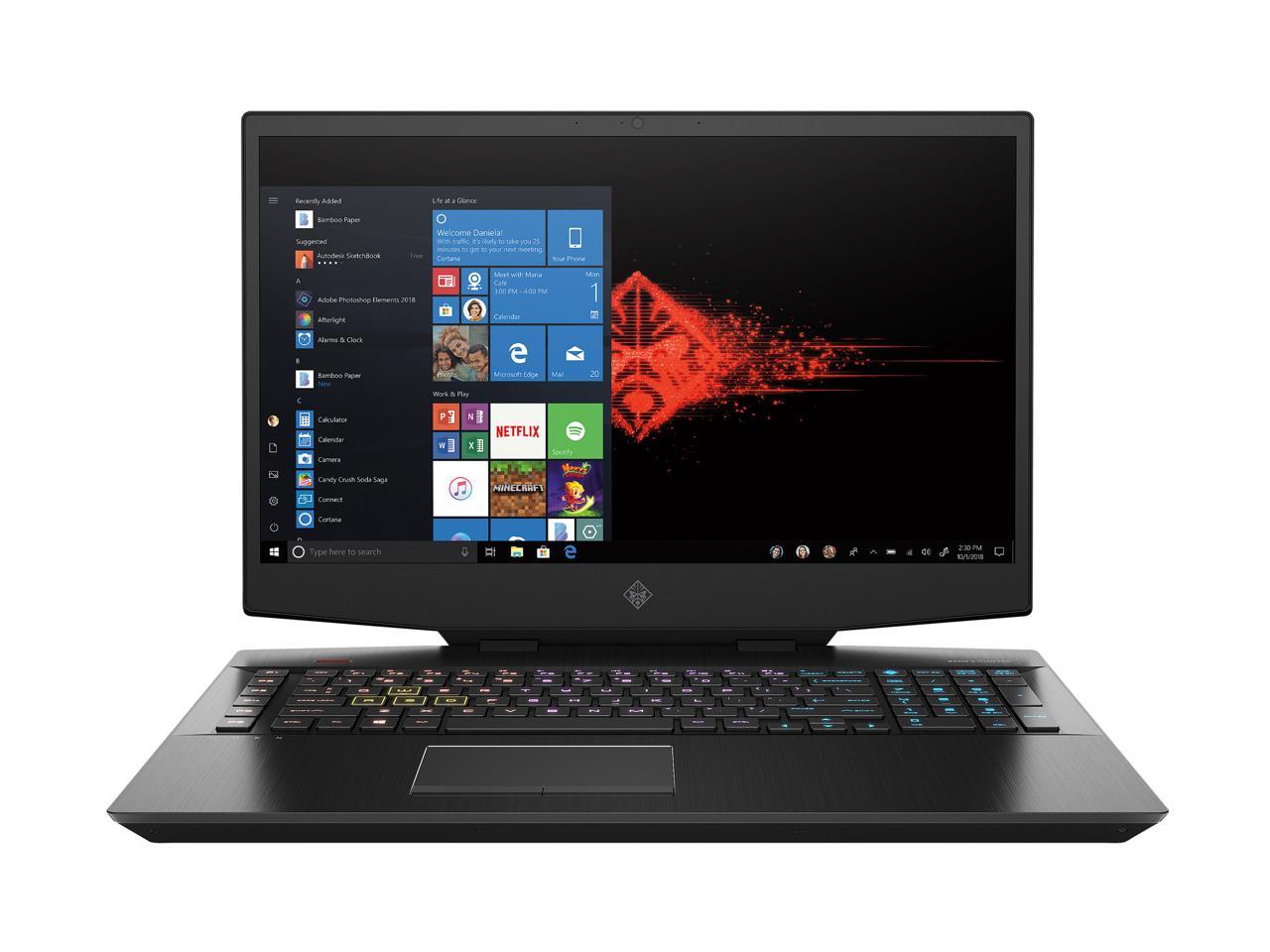 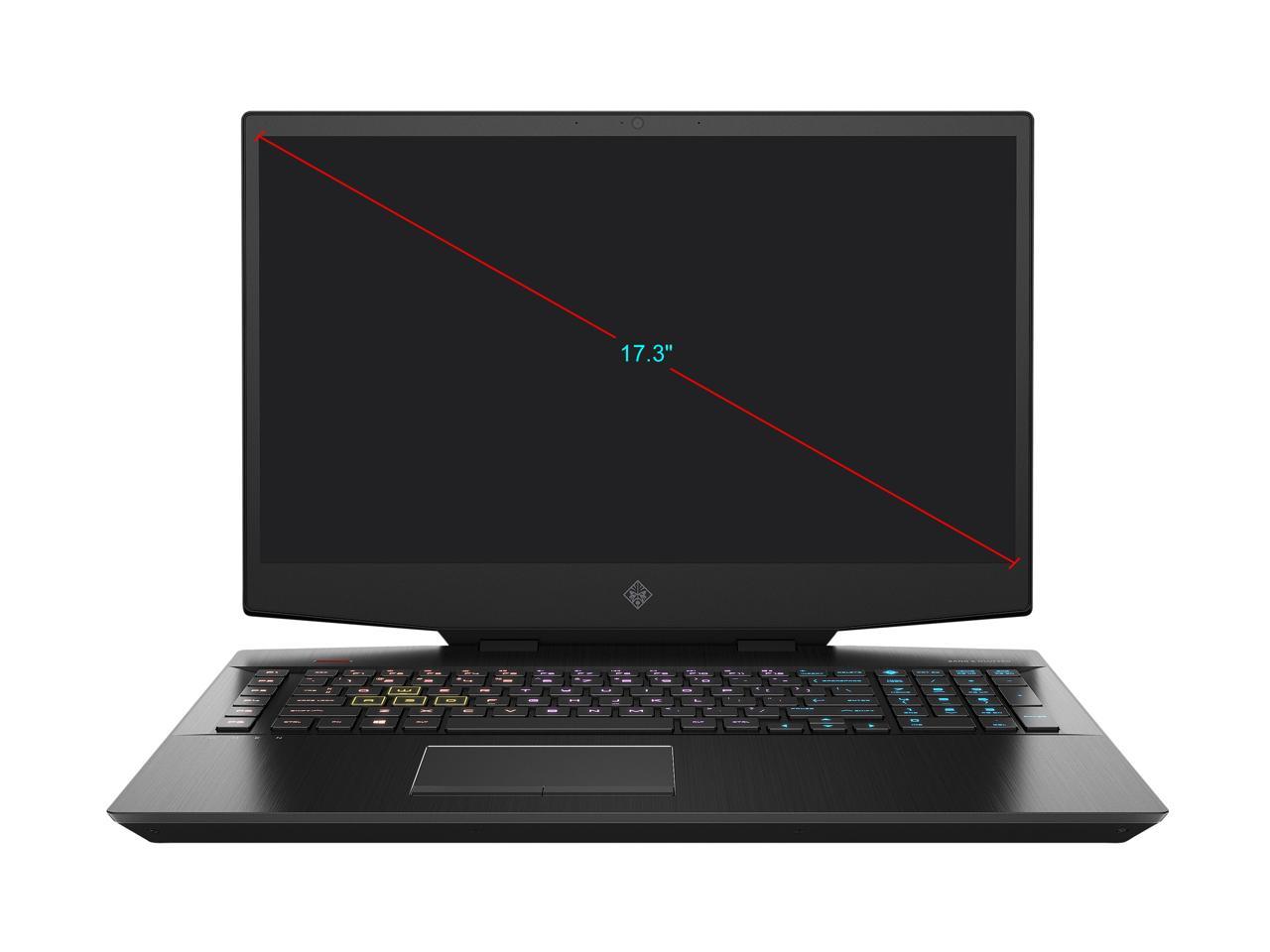 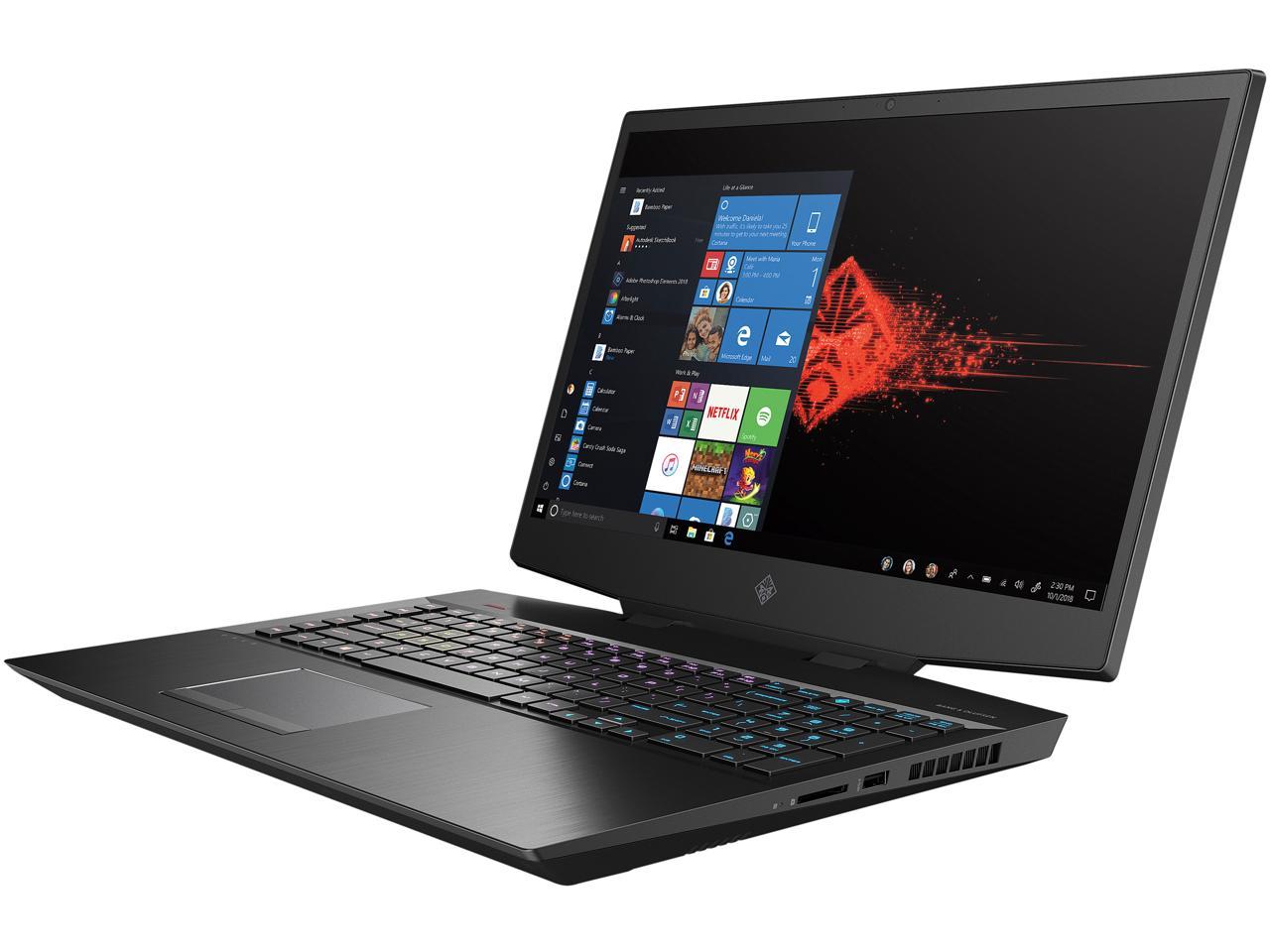 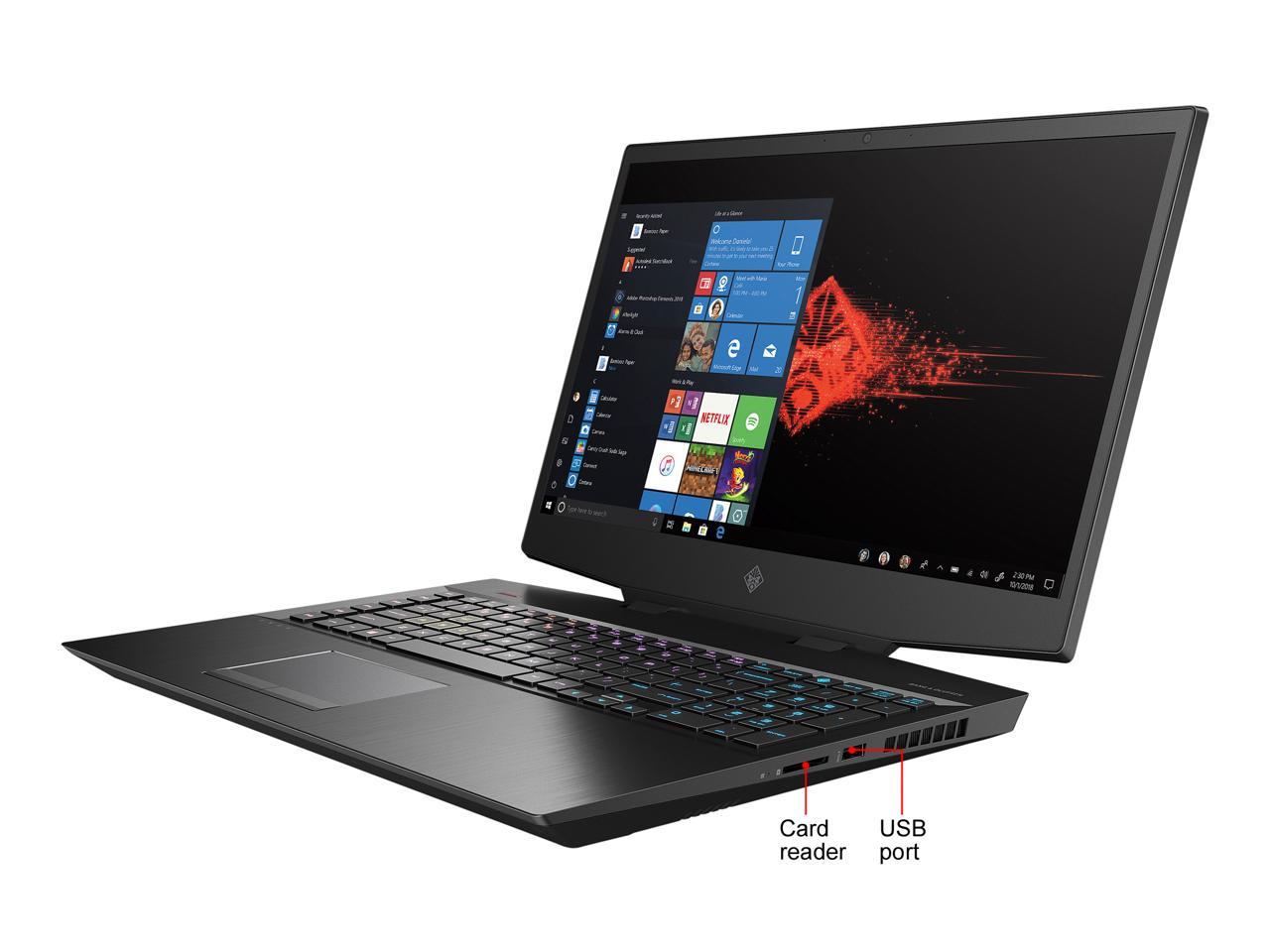 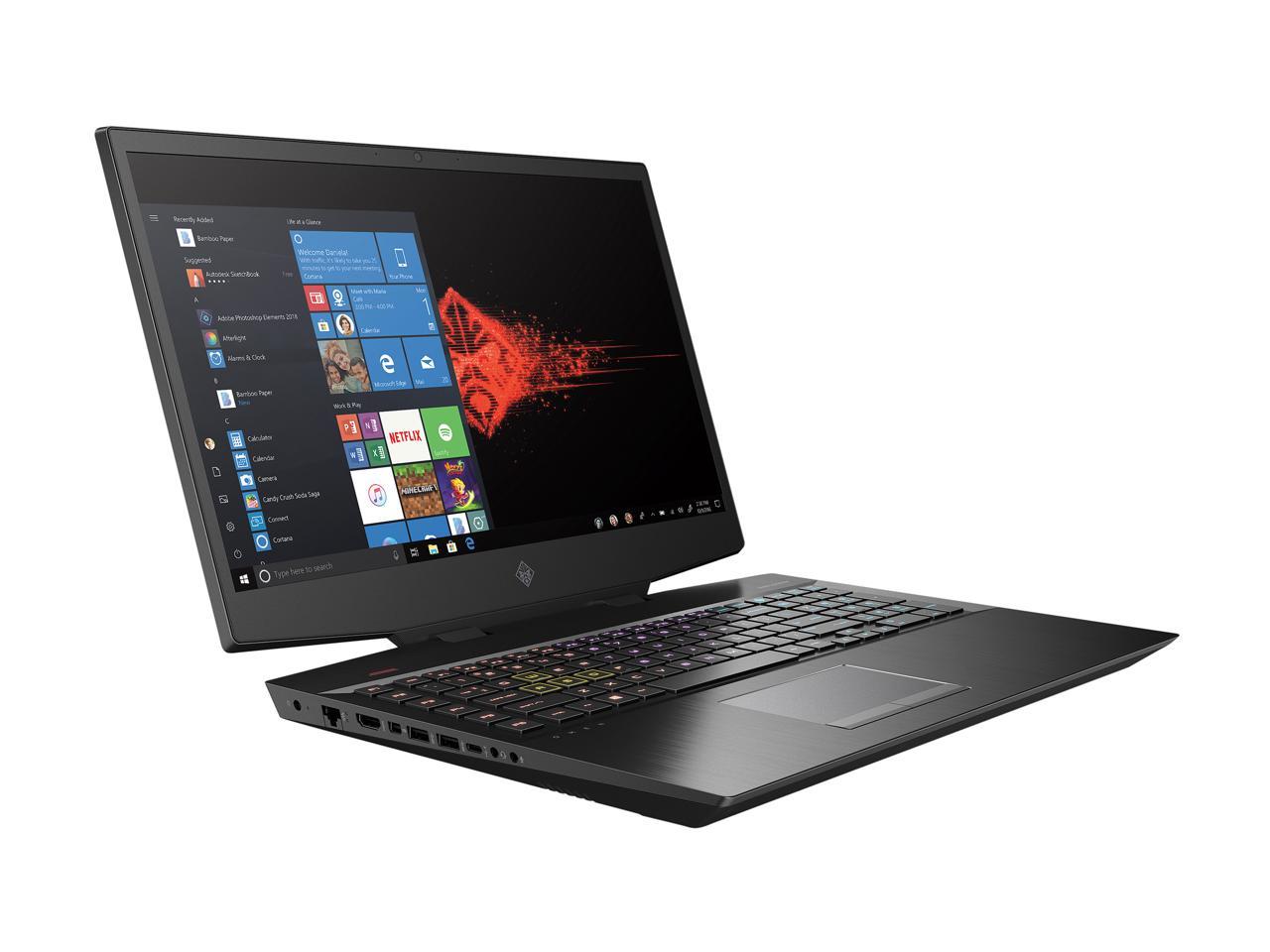 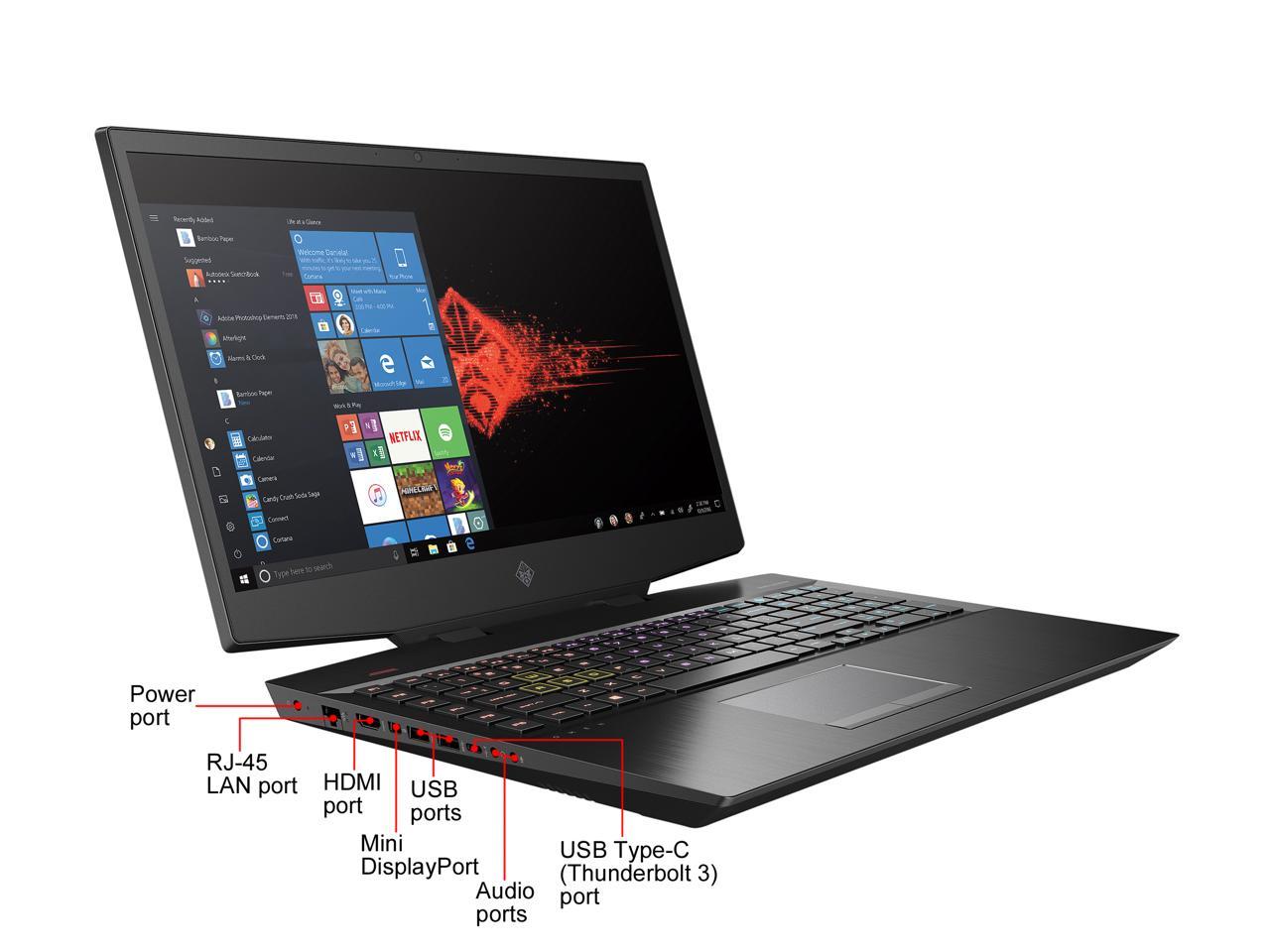 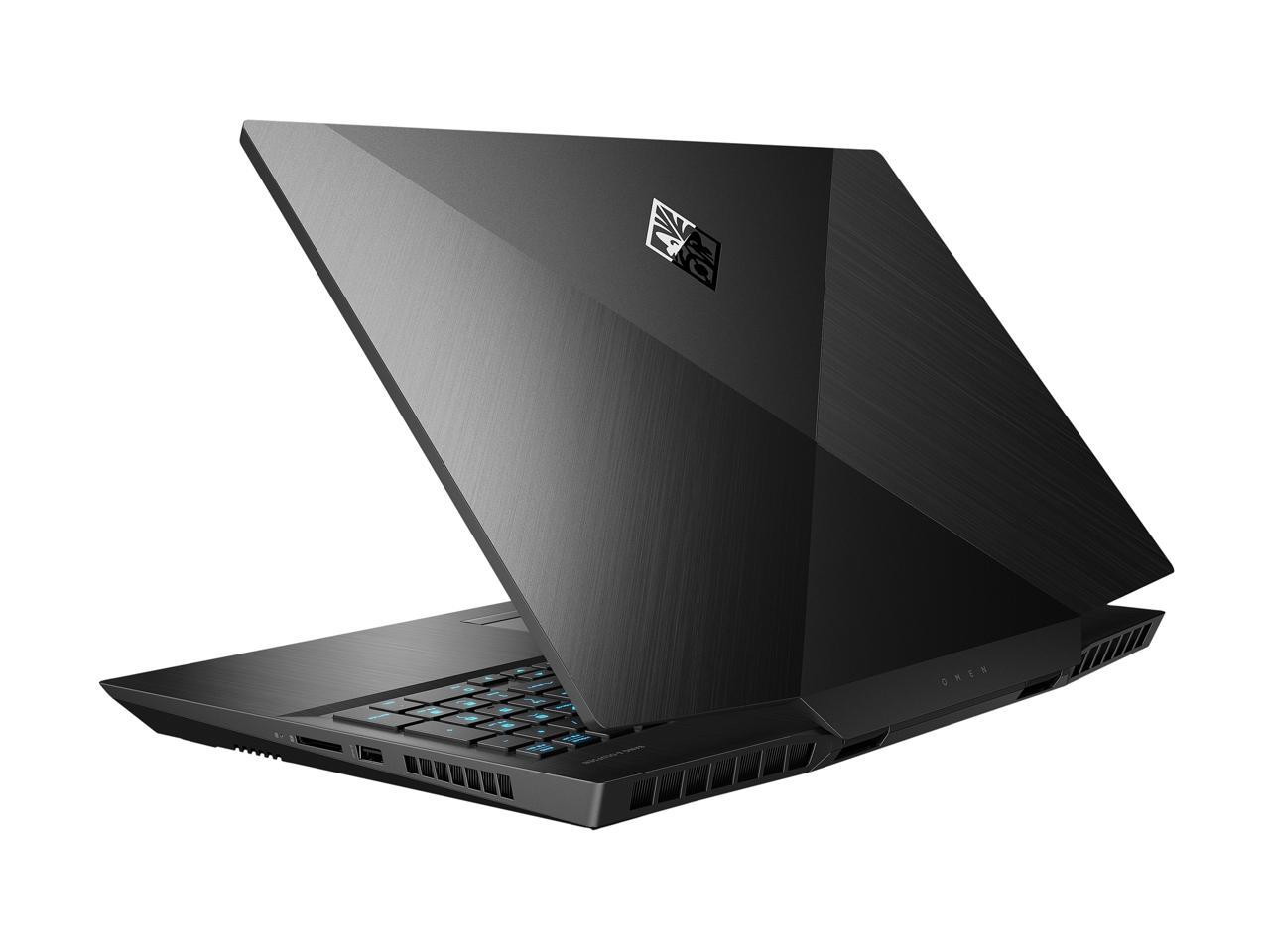 Cons: - Heavy, this is not something you would backpack around to the office and back. It s more for gaming or putting the finishing touches on a complex Auto Cad drawing from the couch as home. - Very Short Battery life. Not a computer that is designed for work away from its power brick. This pc has the power and graphics of a higher end desk Tom in a small package. I needs a ton of power to even run at medium speeds. The over locking can be turned down in the HO Omen Control center to a lower speed which will extend battery life beyond the 2 hours we got while working on cad files at medium over locking speed. - Powerful but runs hot when the graphics card is working hard. It has two chassis fans for cooling and they are quite loud when the unit is running at full speed.

Overall Review: This unit has the power of a higher end desktop computer in a small laptop package. This is a really big and heavy device that is nicely styled, with an excellent screen, fast and powerful graphics that can handle almost all modern titles as max settings, coupled with a 6 core overclockable Intel current generation CPU. It’s Bang and Olsen sound system puts out high quality sound and is tuned in such a way that it sounds outstanding. Another nice feature is that HP provided only the bare essentials in terms of the normal bloatware that is included many new systems allow lots of extra room on the system SSD for programs where you need a really fast start up time.. In my case I wanted the power and high end graphics for AutoCAD work and a little gaming when I want to keep working from the comfort on an easy chair. That said this is not really a laptop that can be effectively used for long without its power brick. While I was working the power brick somehow became disconnected and running on medium power the unit lasted about 2 hours. HP Omen Control Center in bound to a dedicated keyboard button for quick access and can be used to alter the power and cooling settings on the fly. There are three possible configurations, Lower Performance, which allows the CPU, Memory and Graphics to run at lower speeds and temps, a medium performance setting(the default) that will give good overall performance at the cost of more heat and fan noise and a Gaming setting that over locks the CPU, Memory and Graphics and will result in laptops fans going full tilt. In practice the default settings are fine for all but the most demanding games and handled AutoCAD, several ExcelSheets, a couple of word and powerpoint presentations, one note, MS Outlook and about 15 webpage tabs at the same time with ease. That said you will wand to invest in a laptop cooler to help cut down on some of this systems fan noise. I picked up one of those five fan coolers and find that it is enough to keep the system fans mostly quiet. In closing this is a very powerful system, with a full sized rgb keyboard(4 programmable lighting zones) and Power features at a sub 1300.00 price that are usually found in systems costing two or three times the price.

Pros: - Good screen size and quality; 144hz - Easy to add more storage to. Added an m.2 drive in about 15-20 minutes. Has an empty slot for both 1 m.2 and 1 2.5" drive. - 16gb ram. I believe it's 2933mhz also, so a tad faster than most other laptops at this price point. - Not much bloatware. Only had to remove McAfee. - Can undervolt after doing BIOS update. I'm not familiar with this, but saw it was possible via YouTube videos and that it may help performance in some situations. - Has a 2070 non-MaxQ, which I believe will give it a slight performance upgrade due to potential for more power delivery - Temps seem fine when playing games. Keyboard area can be a little hot but not to a point you can't type comfortably. - SD Card slot* - Trackpad has buttons and works fine. I use a wireless mouse 95% of the time though.

Cons: - I'm not much for HP Omen software, but it does generally stay out of my way after the few changes I needed to do with it. (keyboard colors and performance modes). - Battery life is short. To be expected as I keep the system at high performance. Seems to be about 2 hours with moderate use (non gaming). - Speakers are ok, but not great either. In a quiet room they seem loud. Add fans or people talking and they seem quite soft at max volume. - Fans can be quite loud when gaming. When browsing internet there's no fan noise however. - The SD card made the system bluescreen multiple times when something was inserted. It worked long enough for me to do what was needed, yet I originally started copying files to it, then started to work from home and bluescreened multiple times that afternoon. Through trial and error found out that having a card inserted was causing it to bluescreen. Unsure if system or Windows issue. - Heavy - Keyboard lighting zones; I would prefer either full keyboard or per key lighting, as the zones just don't work for me. - Also with the keyboard, I'm not a fan of the P1-P6 on the left hand side for macros. I can see them being useful for some, yet for me it has often made me "center" myself on the keyboard wrong or thrown me off when reaching for Esc. Would much prefer these on top or gone altogether.

Overall Review: Neutral: Webcam is neither a pro or con, as quality is meh but everyone I've chatted with say I'm clear and can be seen well enough such as for Zoom meetings. Wifi is also fine. Have not tested wired. Overall loving this for the past 6 months I've had it. Great value for what it can do. I've been using it for work from home and it runs anything I throw at it. I use it plugged into an HDMI port on a TV for extra desktop space or streaming movies for family to watch. It lacked storage space but was easy enough to add more and I'm considering adding even more since it still have an extra slot I can use available. Spent a lot of time researching what to buy and this offered the best for size, price, and expandability while still offering a capable CPU and GPU.

Pros: It was important to find a laptop that could run wow on ultra if I wanted to play on that setting without lagging. I love this laptop, and it has been running the game very smoothly.

Cons: Short battery life. Make sure you buy a cooling pad also so it does not overheat.

Cons: Not really any

Overall Review: On mine when I upgraded to 32gb ram I saw the two antenna cables weren't even plugged into the WIFI card which explained why I was only getting half quality sitting right next to my router. HP might want to look into that. EDIT: Turns out now that when I went to replace the thermals for CPU/GPU, I noticed 1-half of the screws for the heatsink were already stripped, and 2-the fan plugs had glue to hold in the cables but that may be as intended. As a result I am going to assume I got a manufacture refurbished product and not new so will be taking off another egg. Personally I think I would prefer to be sent a brand new product from HP now though instead.

Overall Review: No, I wouldn't recommend this laptop

Cons: I can BARELY hear the sound @ 100% speaker volume. It cannot be normal?

Overall Review: I knew I was getting a heavy Behemoth of a laptop and that's exactly what it is. It feels solid. I wanted a large screen and this one does not disappoint. But the sound!! The speakers are COMPLETELY useless. I was trying to watch a movie on it and I couldn't even hear what was being said. I cannot believe that HP thought they were adequate. So plan on external speakers or headphones for this one.

Cons: - A little large, but not too much to deal with.

Overall Review: - I would recommend this product

Pros: Screen is excellent. Plays current (2020) gaming titles very well. Quake 2 RTX (raytracing) at a consistent mid-to-high-50s fps. Fans aren't whisper quiet when the device is being pushed, but quieter than other high end gaming laptops out there. -- Note, the CPU fan is louder than the GPU, so if your cpu isn't being pushed but your gpu is, it will be even quieter. The case is a nice design. GSync works great for me, despite other reviews on other sites saying it doesn't work.

Cons: Speakers are not very loud, even at full volume they sound like they are at other laptops' 50% mark. Because the hinges of the screen are in the center, it is more susceptible to wobble from vibrations. Not terrible, but not immune. The WASD keys are permanently outlined. This is only a con to anyone who wants a uniform looking keyboard... Or for people like me who prefer ESDF when gaming. Keyboard colored lighting isn't as customizable as I'd like. You can only change the colors of 4 preset zones, rather than individual keys or set your own zones. Battery life isn't great, but I'm one who never uses his laptop without it being plugged in so it's not a deal breaker for me.

Overall Review: Despite the cons, I'm very happy with this purchase. They are quite minor in the grand scheme of things. I would strongly recommend a cooling mat for this laptop, *especially* if you plan on using it on your actual lap. I would certainly recommend this laptop to anyone who is looking for some very decent power at a semi-budget price.