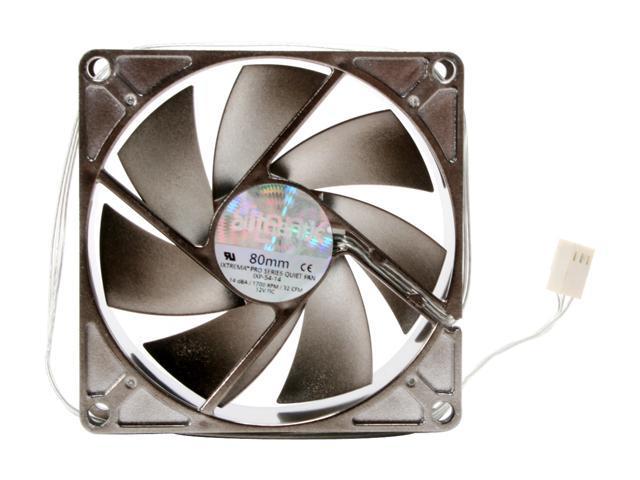 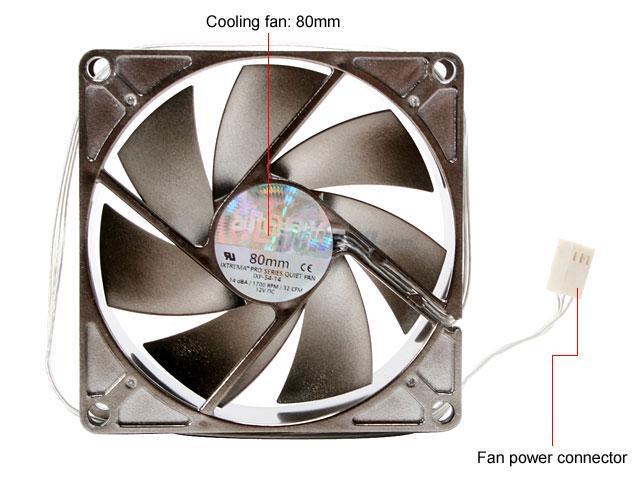 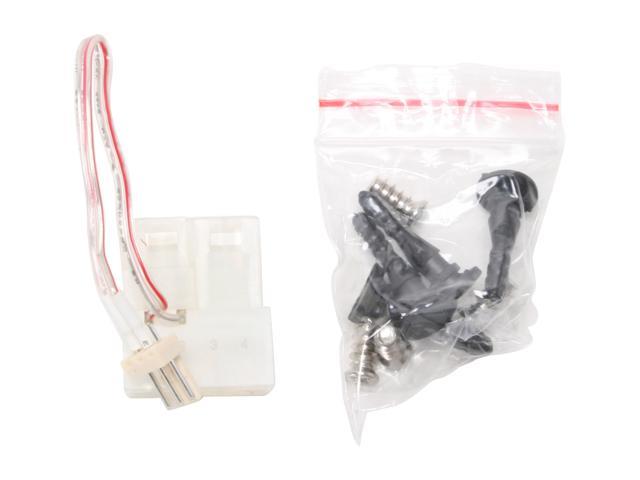 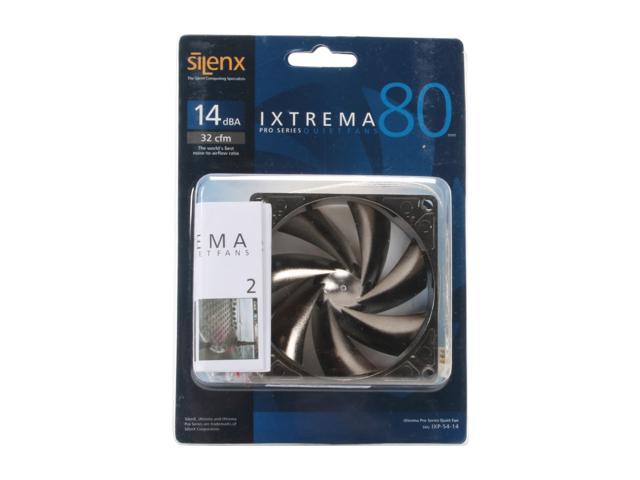 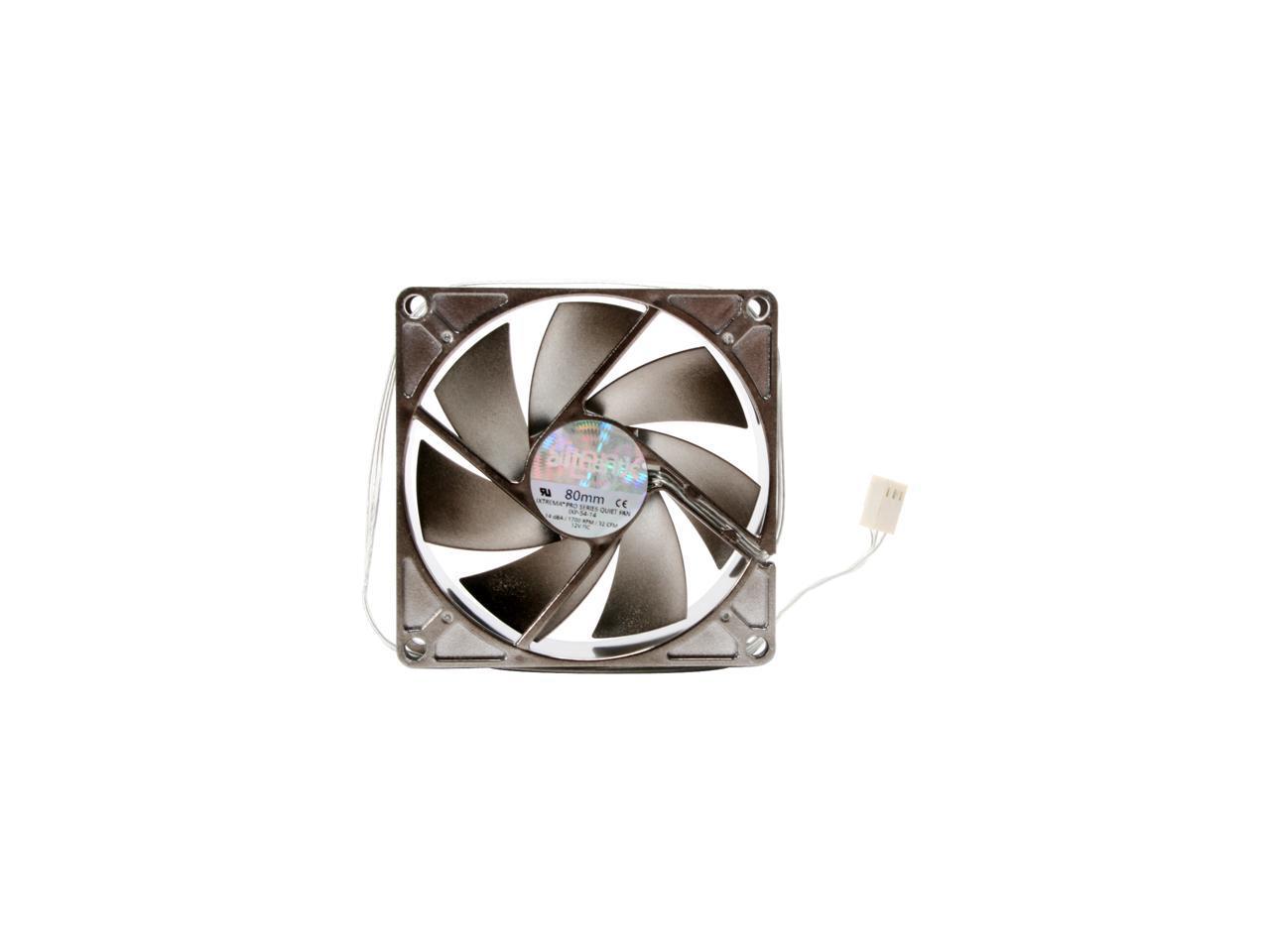 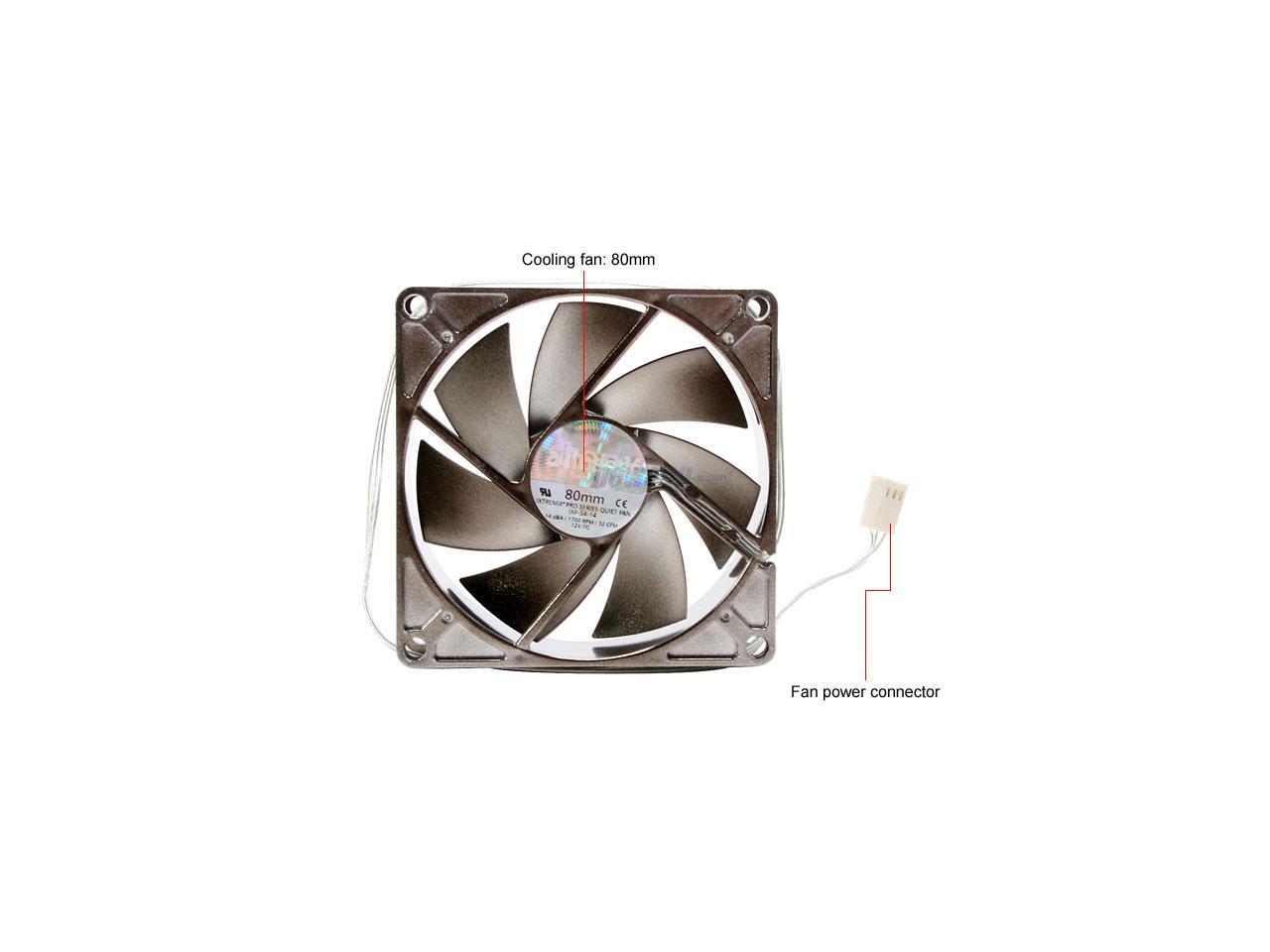 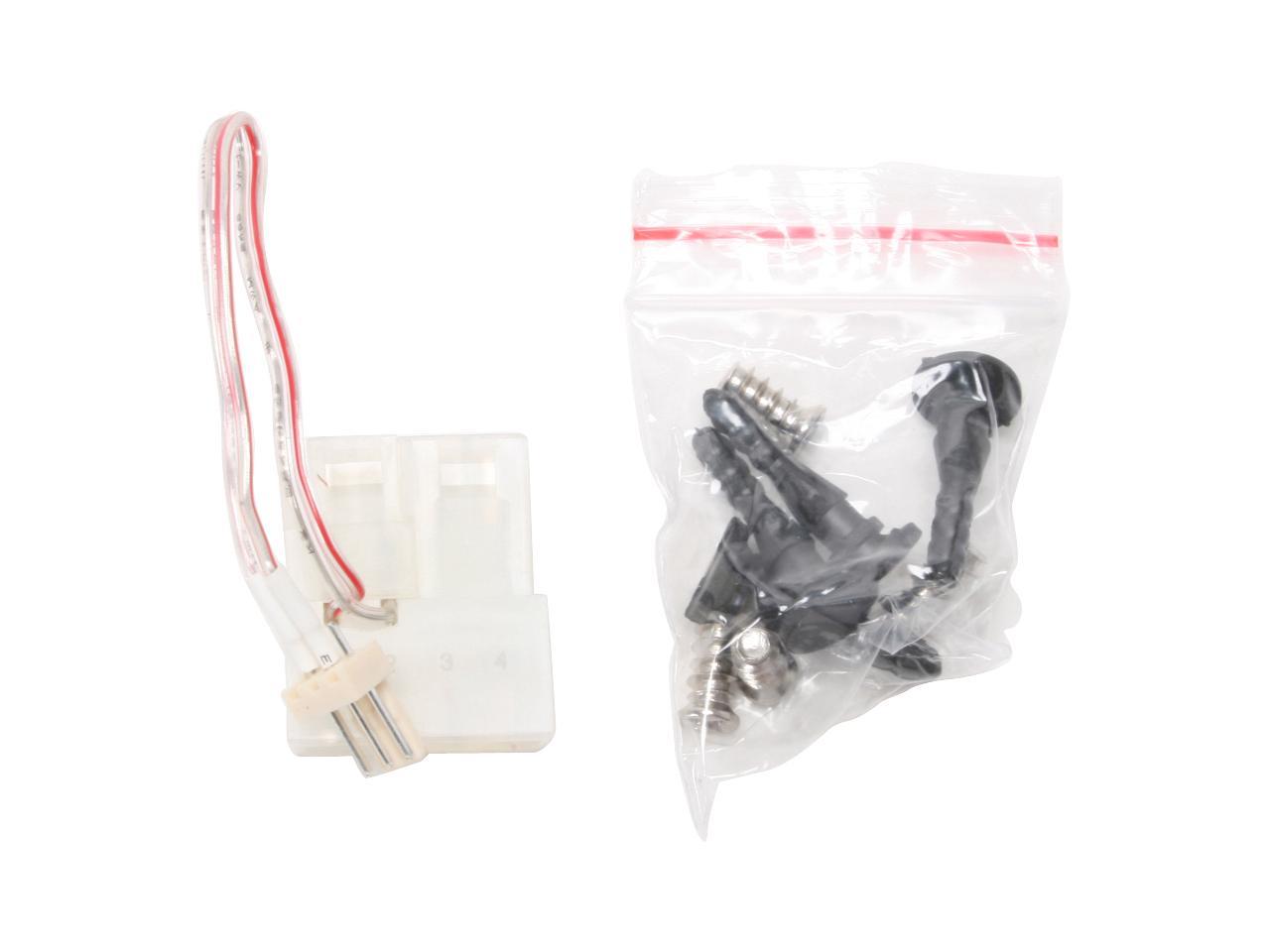 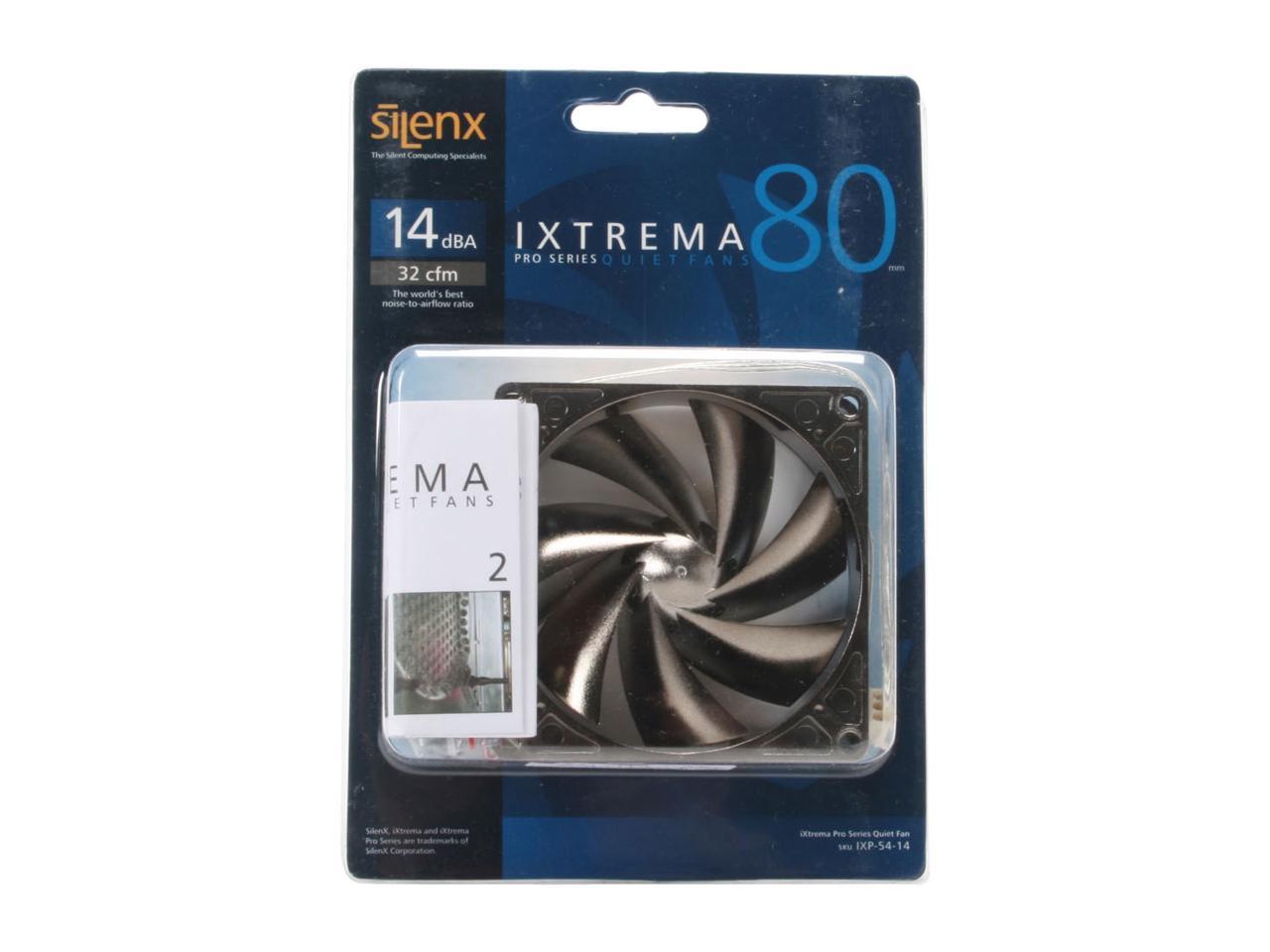 (89) Write a Review
OUT OF STOCK.
Overview
Specs
Reviews
The ultimate in airflow to noise ratio, iXtrema Pro Quiet Fans are the only fans in the industry to be designed with silence and optimal airflow in mind. A smaller, domed motor hub with a larger, more dramatic fan blade sweep area, no other fans on the market come even close in performance! There might be fans that offer more airflow or lower noise levels, but when it comes to a balance between the two, these fans can't be beat.

Learn more about the SILENX IXP-54-14

Pros: • Pushes more air and makes less noise than the 80mm S-FLEXes, which are more expensive. Ha! • Beautiful design, nice golden metallic finish. • Comes with both the silicone anti-vibration mounting brackets AND run-of-the-mill case fan screws, so that you have the option of mounting it with either. • PWM, and comes with a 4-pin Molex adapter

Cons: • Not 100% silent, but pretty close. • The silicone brackets eventually break, unless you install them once and never mess with them from that point onward. Also, they are rather difficult to install unless you have a pair of needle-nosed pliers.

Overall Review: I used one of these as a CPU fan for over a year and it never let me down. Recently I decided to move it into a different case and spoil myself by buying two more for the same case (my workstation PC). Now, with three of them in the same case, my quad core AMD Phenom 9350e idles at 25°C, down from 36°C before I installed them. Furthermore, the noise is nearly indistinguishable from what it was before I installed them (when there were NO fans in the case!) Spend the ten bucks. You won't regret it.

Overall Review: I had configured my HTPC with one of these almost a year ago, and added a second one recently as the PC was running too hot. Dropped the peak temperature by almost 10 degrees (although I also removed a HDD). Now I can hear a slight whoosh of air, otherwise almost completely silent. I have the fans installed in a "wind tunnel" config, with one pulling in cool air, blowing over the cpu and the other fan exhausting warm air to the outside

Pros: This fan is very quiet. For the CFM/DB/Price it is the best you can get. Comes with both 4 and 3 pin connectores.

Cons: Looks like it was spray painted and cheap. Other than that it runs fine. Its a case fan and I don't care what it looks like.

Pros: Fan is Quiet. Nice rubber mounting "bolts". Grab the tip with pliers, pull hard, and they snap into place very nicely. Much more pleasant than the standard screws that dig into the plastic. Reliable so far. I have 9 SilenX fans in two systems, and they are all quiet and smooth.

Cons: none really The gold color clashes a bit with the standard black-and-silver theme of most cases. You end up with that gaudy Cadillac look.

Overall Review: One of these will keep three low-profile drives nice and cool. You know the fan is quiet because you can still hear the drives seeking.

Pros: Fan is absolutely quiet at 12V; it is the quietest 80mm fan I own.

Cons: This "32CFM" fan does NOT move as much air as my 28CFM rated Arctic Cooling Fan 8; it moves noticably less air.

Pros: This is an extremely quiet fan which moves a good amount of air and is reasonably priced. It comes with a 3-pin to 4-pin adapter in case you don't have a fan connector available on your motherboard. It also comes with rubber mounting posts which will absorb any vibration generated by the fan to further reduce noise. I have 3 installed in my Antec case. I highly recommend this for anyone who wants to have a quieter machine.

Pros: I bought two of these to replace fans in my noisy power supply. After installing these, my PC is now silent.

Cons: Rubber mounting standoffs are a little tricky but can be accomplished with a little patience. Worth the time to put in.