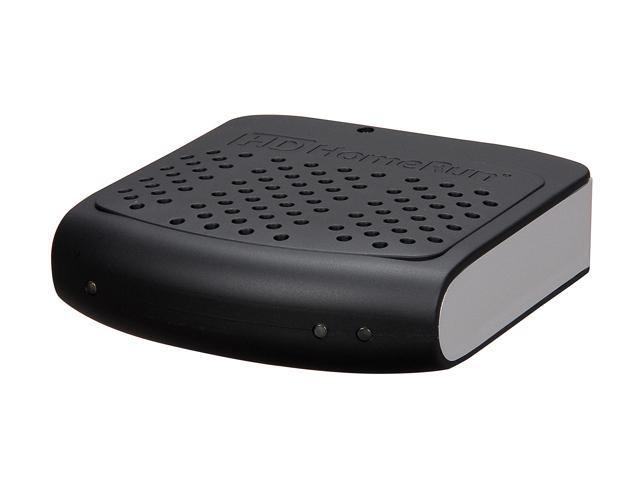 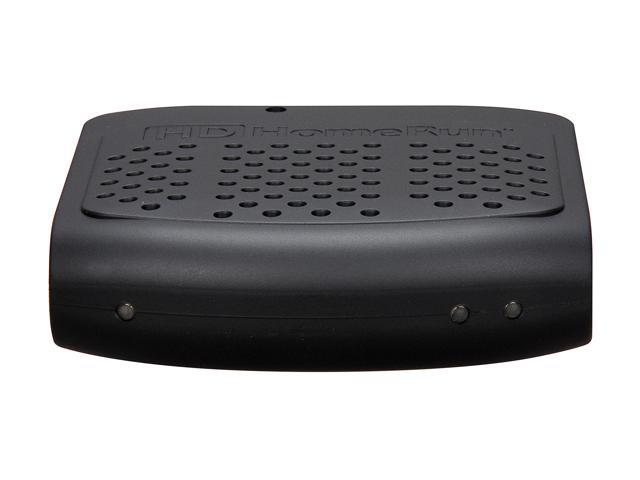 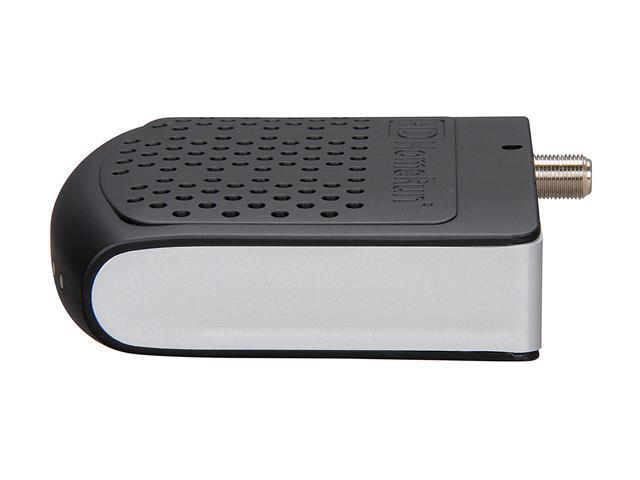 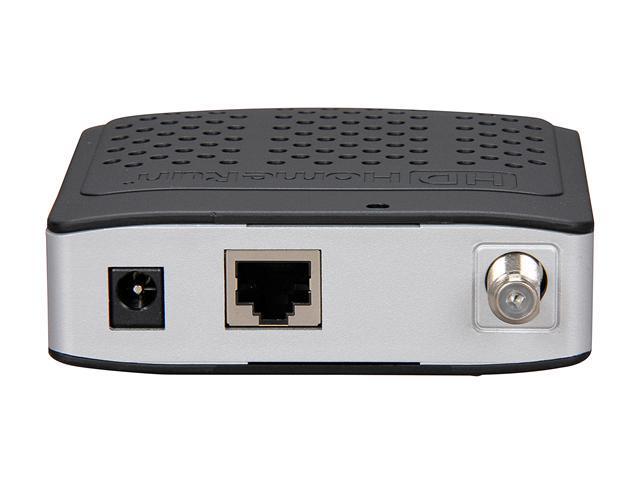 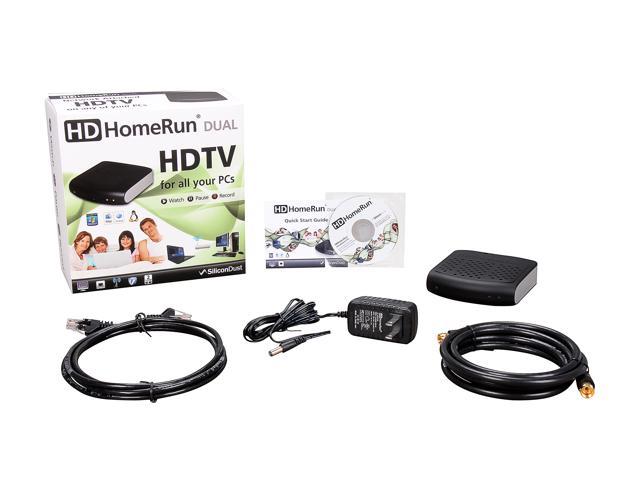 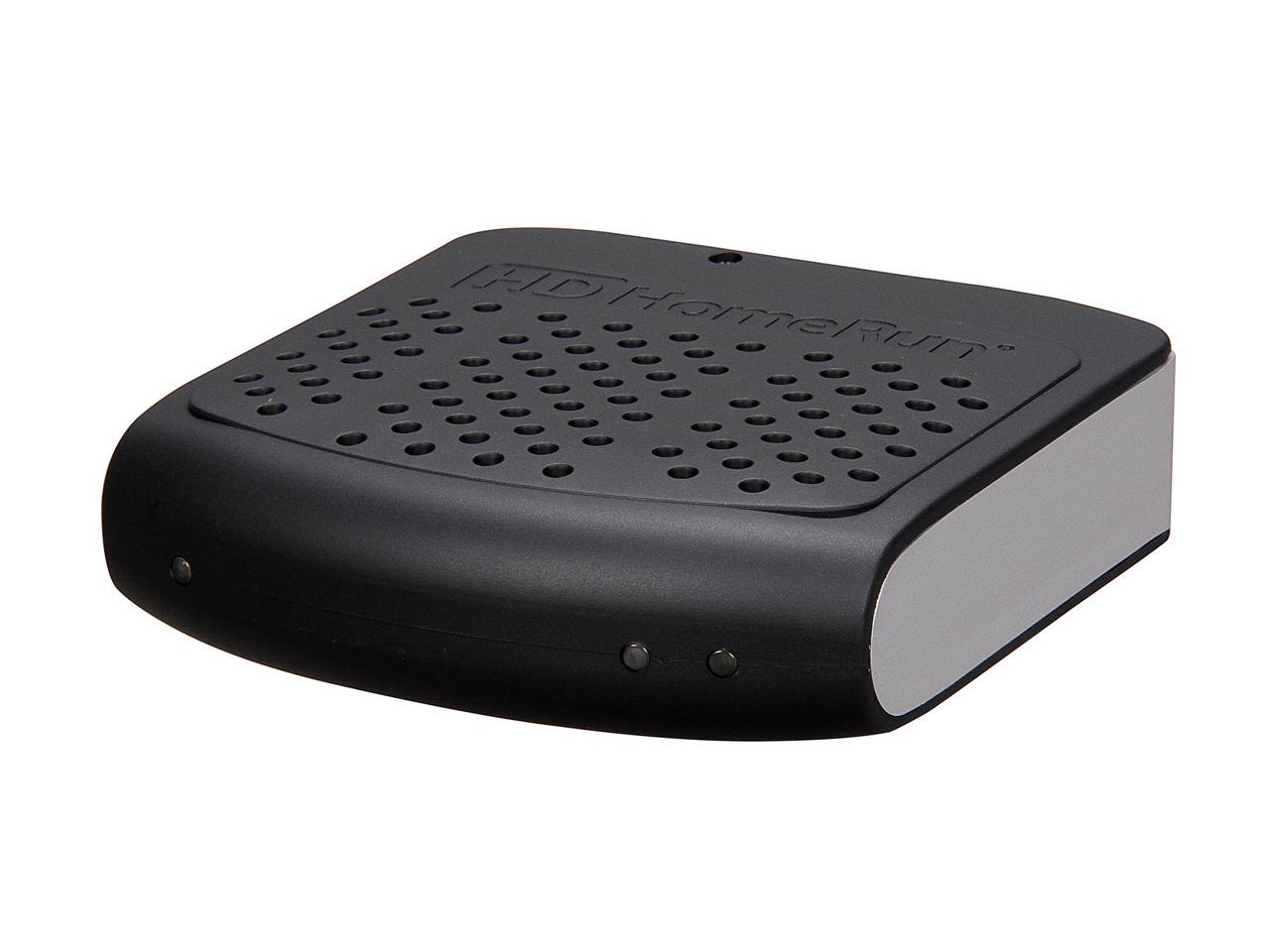 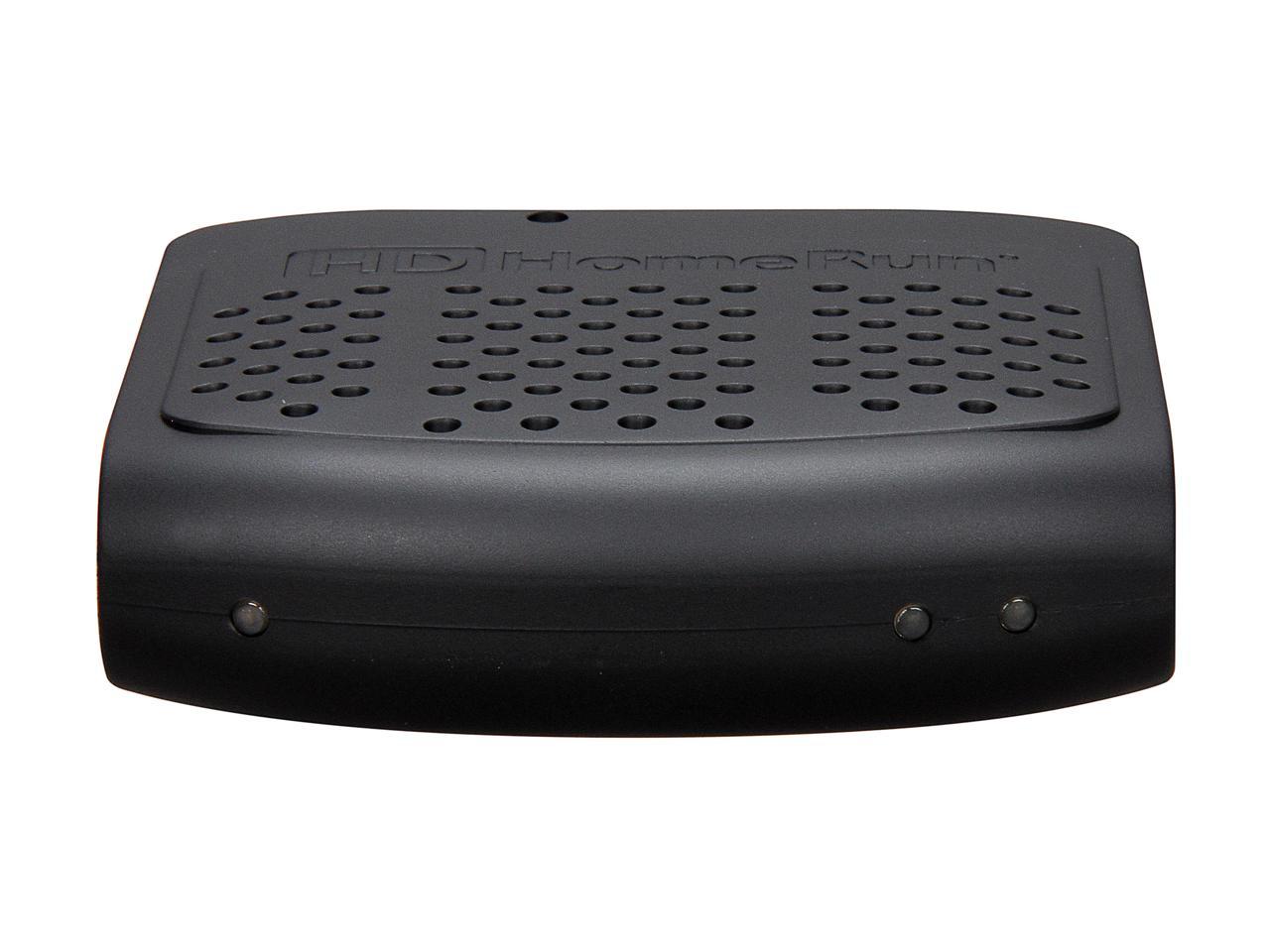 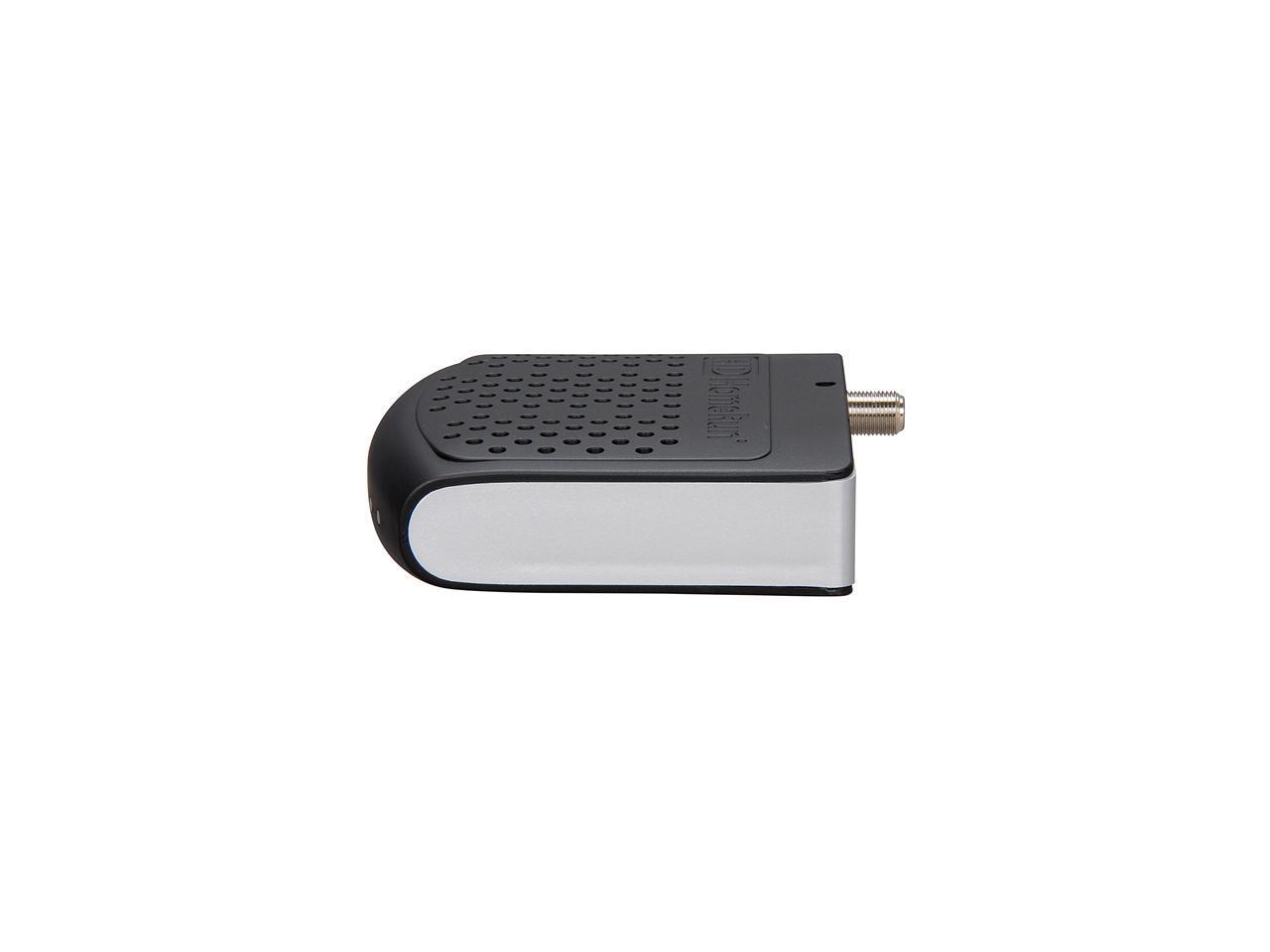 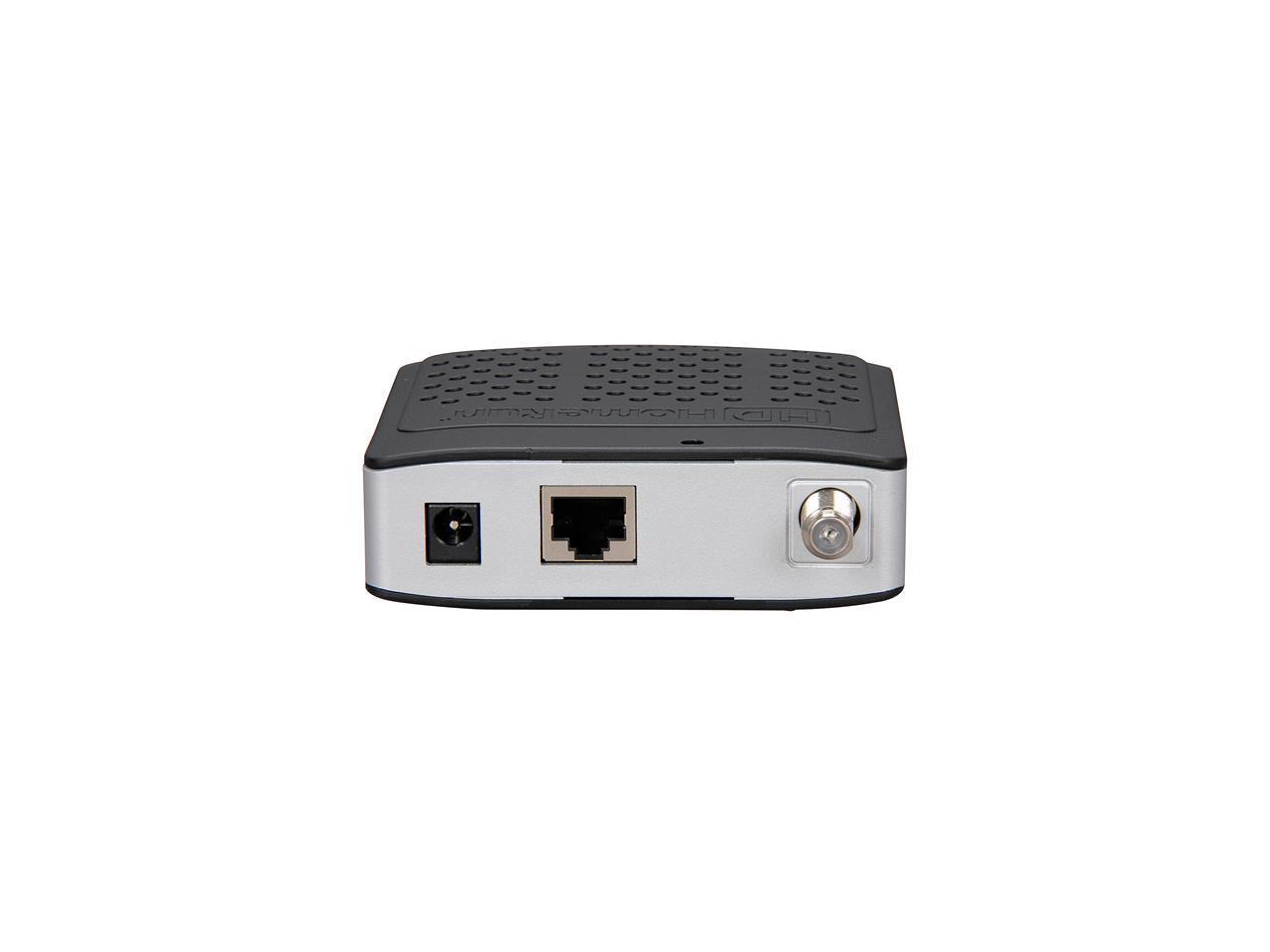 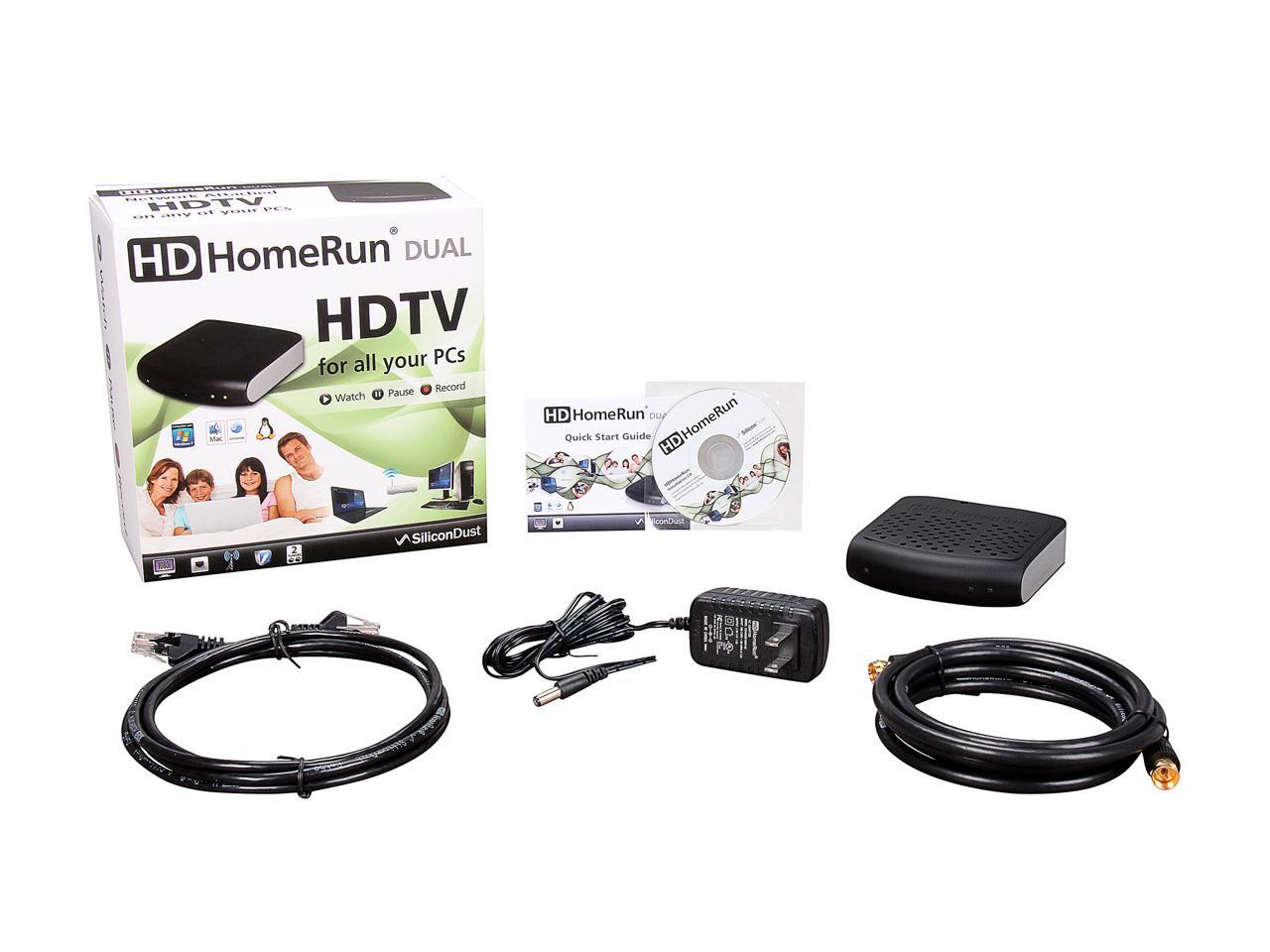 HDHomeRun is a TV tuner for computers - Ethernet attached. The HDHomeRun connects to your home router enabling you to watch and record TV from any computer on your home network. Similar to how a network printer is available to all computers, the HDHomeRun serves high quality digital TV to your family room, bedrooms, kitchen, home office, even your backyard or garage - anywhere you have a computer. No opening your computer case to install a PCI card. No USB dongle tied to one computer.

Up to 1080i HDTV
The HDHomeRun streams the full-quality digital stream from the broadcaster or cable provider, ensuring that you get the highest quality possible, including 720p and 1080i HDTV when available.

Linux MythTV
MythTV is the leading DVR application for Linux and includes full HDHomeRun support. No kernel space drivers to install – just select HDHomeRun from the tuner list and run a channel scan.

Free Broadcast TV
Use an antenna to pick up the FREE broadcast digital TV (ATSC) available in your area – ABC, CBS, FOX, NBC, PBS, and other networks. Most locations have additional subchannels carrying kids programming, classic TV, weather channels, etc., all available for no monthly fee!

Learn more about the SiliconDust HDHR3-US

Cons: nothing major for Windows

Overall Review: I've been using two hdHomeRun tuners for quite some time, and LOVE them The original one since 2009. I found that the tuner of the new generation is a little bit more sensitive, but nothing significant. You will probably never notice it. The secret to success with hdHomeRun is both antenna AND the network connection. There is NO reason today not to run GB network at home. Wireless is possible... technically, but if you have 16-20 neighbors running WIFI routers do NOT expect miracles It ain't happening. One HD channel requires 18-25Mb/sec steady throughput.. Do yourself a favor and install cat 5/6 cable and use gigabit switches. You will not regret it. My Windows 7 WMC runs on Atom processor, and I can record 4 programs with no problems. During the season, I have more programming I can handle. Antenna - if you share antenna with multiple cables (tuners) make sure to use antenna splitter with signal amplification, and the coax cables are tied up correctly. If they are not, you will get bad signal, and will not be happy. Do your homework. I get signal from 25 - 30 miles away on a multi-directional room flat antenna, the one Costco carries. It is a second one, and I am very happy with it.

Cons: Slightly... and I mean slightly... less sensitive tuner than my 3-year-old Samsung TV. The HDHR3 found all of the broadcast channels that the Samsung did. The weakest station, however, stays clear on the Samsung 90% of the time, but only about 50% of the time on the HDHR3. We don't watch that channel on the Samsung either, because 90% reception is still unpleasant to watch. All other channels are rock solid.

Overall Review: This product works beautifully, but it needs your home network to cooperate. Here's what I've found in my home using my equipment (your mileage may vary): 1. Wired connection at 100mb/s works flawlessly. 2. Surprisingly, my wife's 4-year old laptop running Vista Media Center and wireless g works flawlessly for one channel at a time. Just don't get out of wireless g range to keep bandwith up. 3. Wireless n doesn't work so well for live broadcasts or recording, even close up. There are lots of lost packets, which cause some stuttering and audio glitches. It's watchable, but not perfect. I confirmed using combinations of two different n routers, two laptops, two wifi cards -- same result. Error-free on wifi g, dropped packets on wifi n. 4. For playing back recorded video, wifi n works flawlessly. Buffering takes care of the packet loss. 5. My family doesn't care much for tech or for TV, but they love being able to grab a laptop and see something that was on last night.

Pros: This was very quick and easy to setup although I did run into a snag (See cons). I am using it with windows media center 7 and the tuners were detected and and found without issues. It has a single RF (Coaxial) input (internal zero-loss active splitter). For me this is nice as I don't need to have 2 RG6 cables running to it. Unlike USB or PCI card tuners, the HDHR3 is a network tuner. This is great for flexibility in placement of it (You don't need to run Coax to your PC) but also other devices on your network can use it to watch live TV. I am using an X-Box 360 as a media extender to watch live TV with it.

Cons: When I first received this unit and set up the software that comes with it, was not able to scan and find any channels. SiliconDust was quick to track down the issue and release a firmware fix. This is no longer an issue. The down side of one input would be if you wanted to tune 1 OTA signal and 1 unencrypted QAM signal. Not an issue for me and I suspect this is not an issue for most people.

Overall Review: I am using this to tune OTA (digital broadcast from my antenna) signals, if you are wanting to use this for cable understand that this only works for unencrypted signals. Check with your cable company 1st to find out what if any unencrypted channels you can get.

Pros: No need to install software. Works instantly with MythTV (0.23/0.24). Finds unencrypted channels easily. Only consumes about 30 Mbit of network traffic with both tuners going. Can actually tune more than 2 channels when others are on the same frequency band. (YMMV). Picture and audio quality are fantastic.

Cons: Tuning multiple channels on one tuner caused some hangups in MythTV, so I had to disable that functionality.

Overall Review: Using this with a MythTV back-end running Ubuntu 10.10 64-bit to tune local HD channels from the cable company. I run all of my electronics (including cable line) through surge protection of >1000 joules.

Pros: I purchased a second dual tuner homerun unit for my multi-room MythTV DVR system. These tuners work with ANYTHING! They conveniently attach to the network and provide the tuning feed to your DVR over the ethernet. Setup with MythTV is a dream.

Overall Review: You can add multiple tuner boxes to your MythTV system and basically centralize your entire TV headend! Using a multiroom MythTV system, you can independently watch and/or record different stations simultaneously! HD performance is AWESOME when used over a wired network.

Pros: Quality of the picture and recordings are very good. Can be located seperate from your computer, so it is easy to find a spot to connect to cable television. I use basic cable from Time Warner and it works well with it.

Cons: Wish it had analog support as well. Had to do some config changes in Media center to make it work with my analog tuner. Web search easily found the solution.

Overall Review: Here is how I setup the HDhomerun on MythTV: 1. Make all connections to the HDhomerun. 2. Run quick setup HDHomerun CD on windows. (this installed the latest firmware on the unit and scanned for the channels) 3. Test everything using the windows "QuickTV" application to view a channel. 4. Run "mythtv-setup" on the mythbackend 5. Add the two tuners as capture cards using the device id to map it. 6. Map the video input source to the new capture cards. 7. Exit mythtv-setup 8. Run mythfilldatabase 9. Start watching TV in MythTV using the hdhomerun tuners. Took about 30 mins total. It is the easiest tuner I have setup in MythTV yet. No drivers/firmware required in the linux install.

Pros: For people who tend to only watch local network TV shows and who don't want to pay subscription fees for their cable company's DVR, this is the way to go. I can get all of the local networks, and the recorded shows all look stunning in HD. Because this uses a PC, you can have as much storage as you like, as well as build a system that looks and performs as you like. You can use this tuner in a wide variety of software, but Windows Media Center is my favorite. The website provides details setup instructions. The software is good as keeping itself up to date. Friends and family who have seen this in action are impressed with the way it works. Also, you are not limited to just one computer on your network, since this is a networked tuner. I like this unit better than the older HDHomerun, as this one has a splitter inside, which allows me to use one coaxial cable instead of two, making for a cleaner area behind the TV.

Cons: Setup can be time consuming and complicated. It took a couple of tries to figure out the settings I needed for my location. Even after knowing all the details, it still takes about an hour to get everything set up. People who are not tech savvy might find this device too daunting to use.

Overall Review: This unit does not get "expanded" cable channels, but you can buy the Prime version of this tuner if you want that functionality. Cox occasionally changes channel settings, requiring me to run the setup program again.