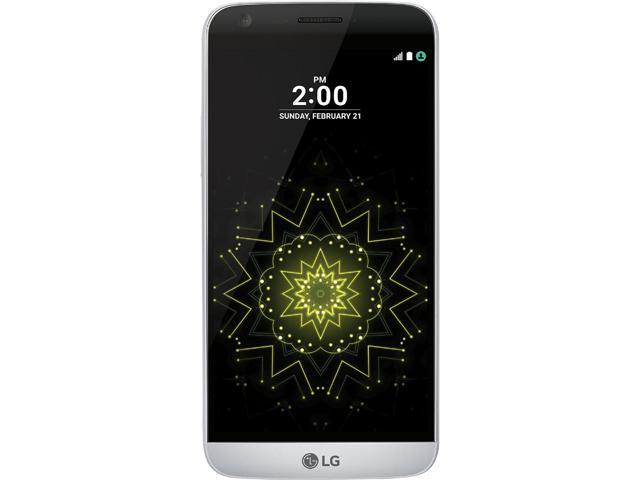 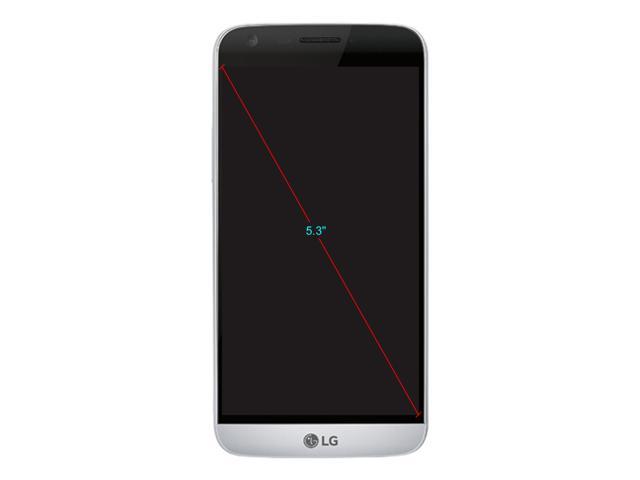 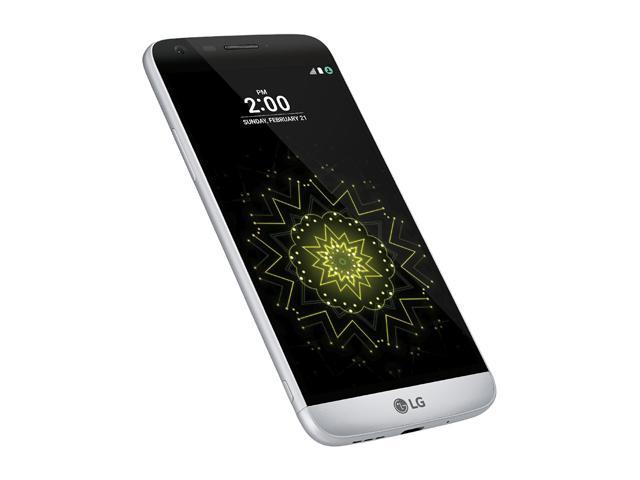 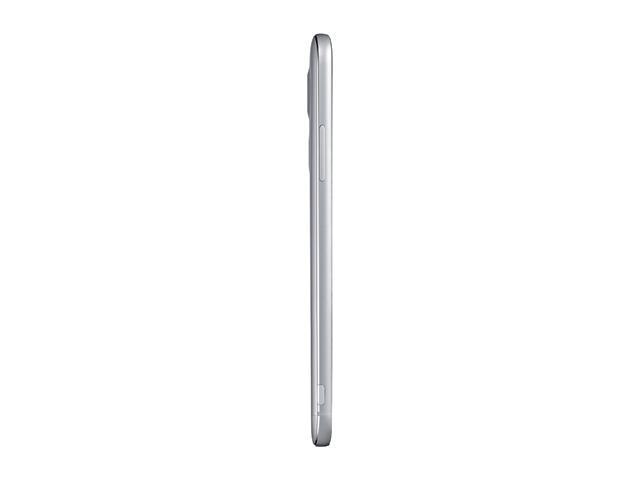 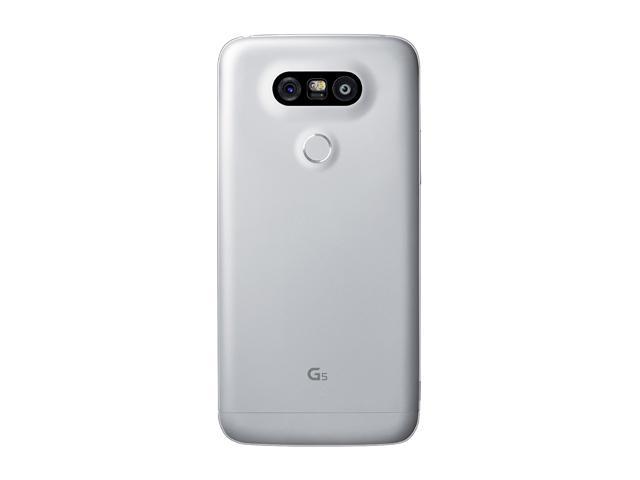 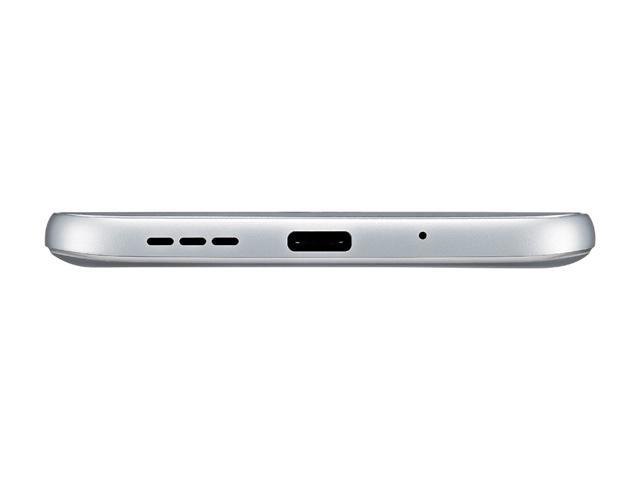 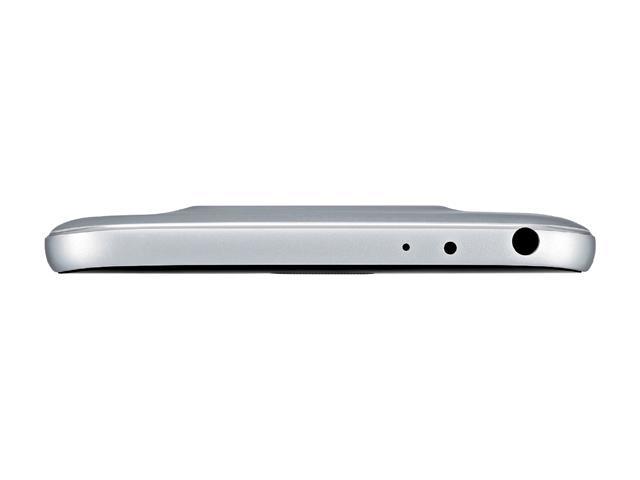 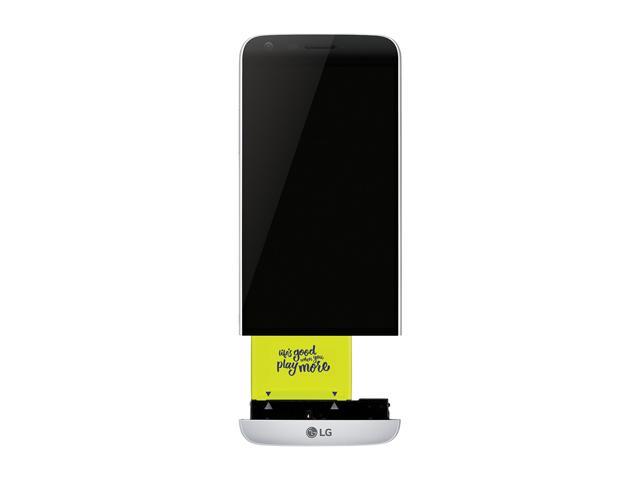 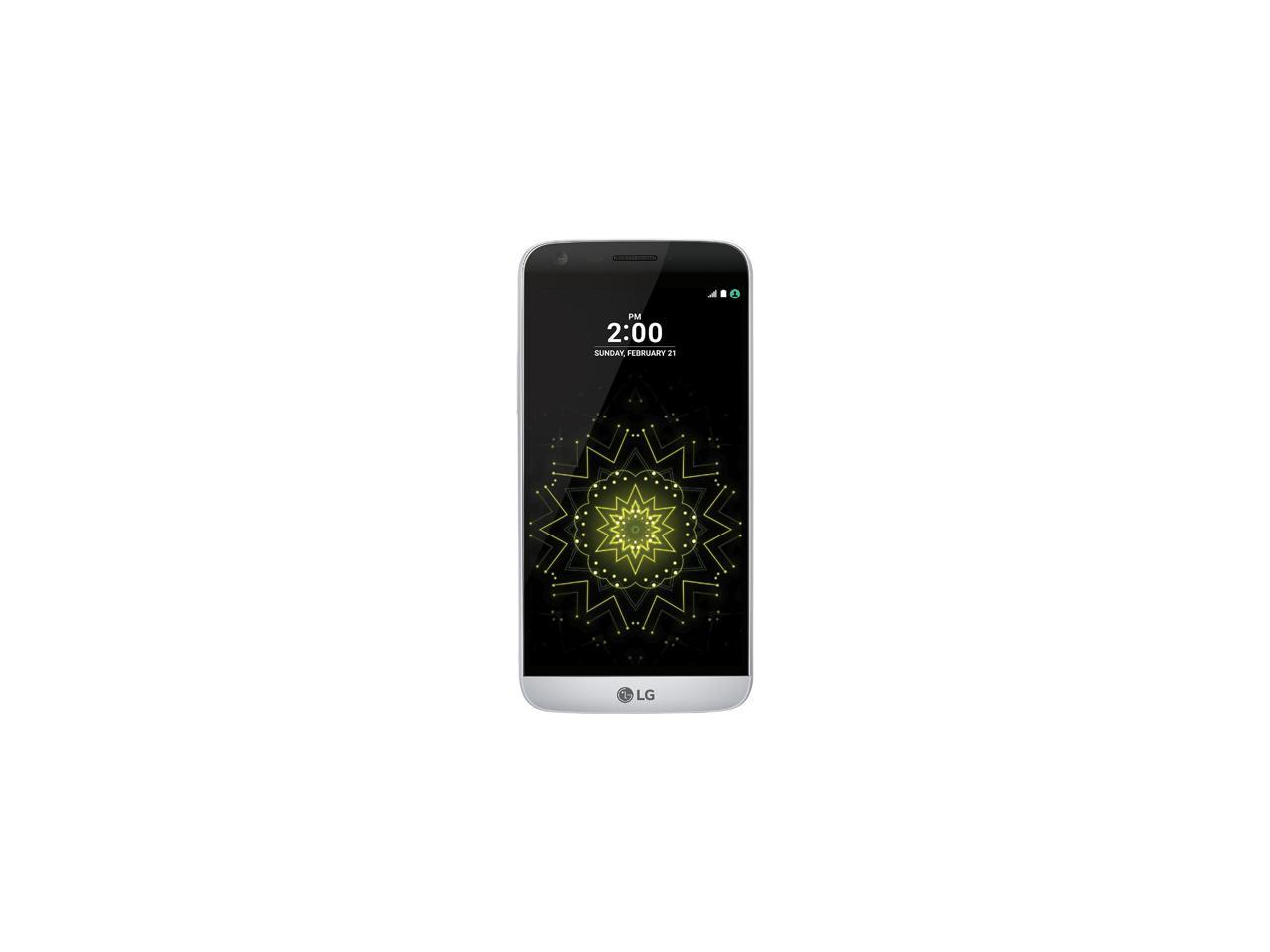 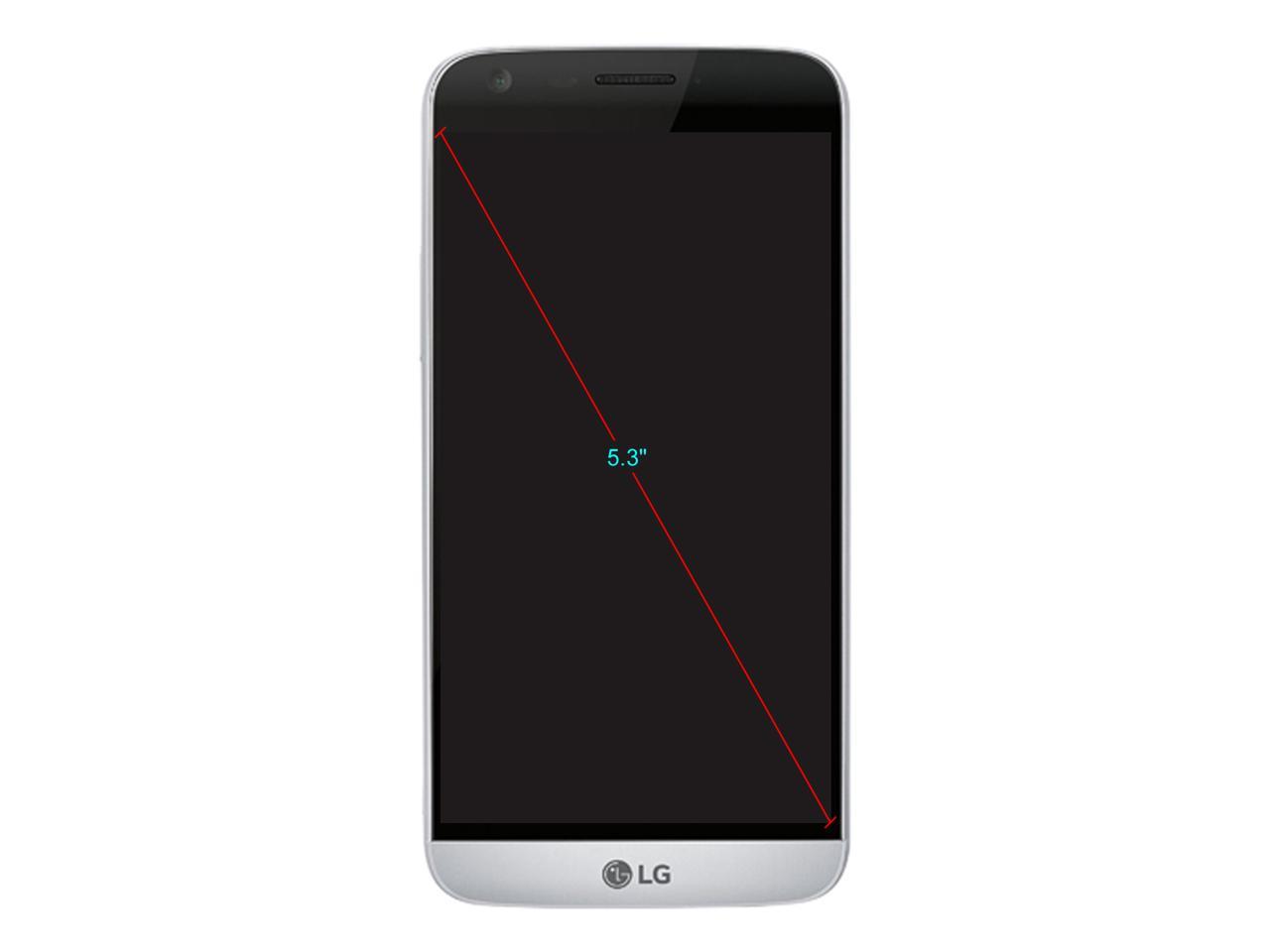 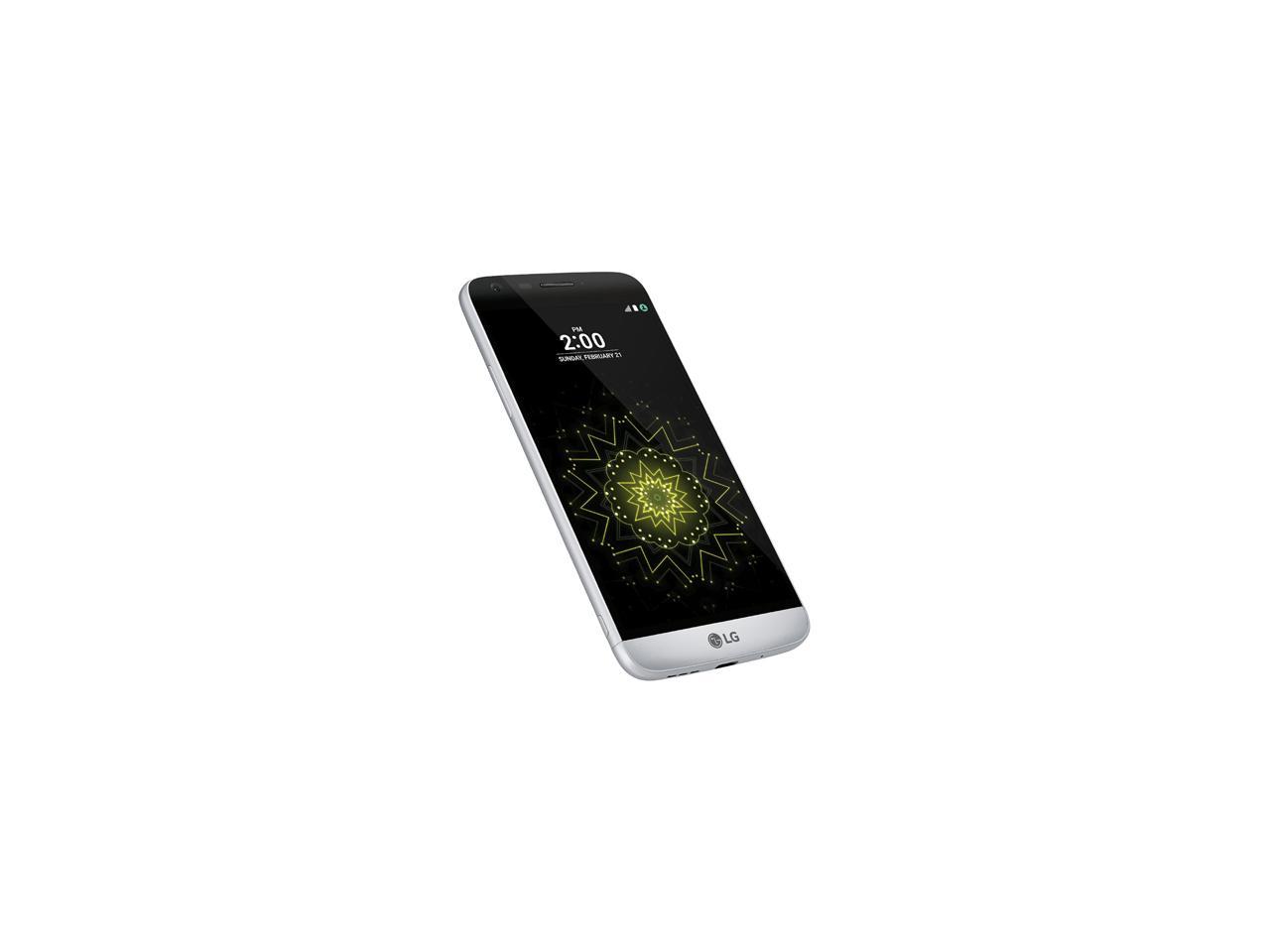 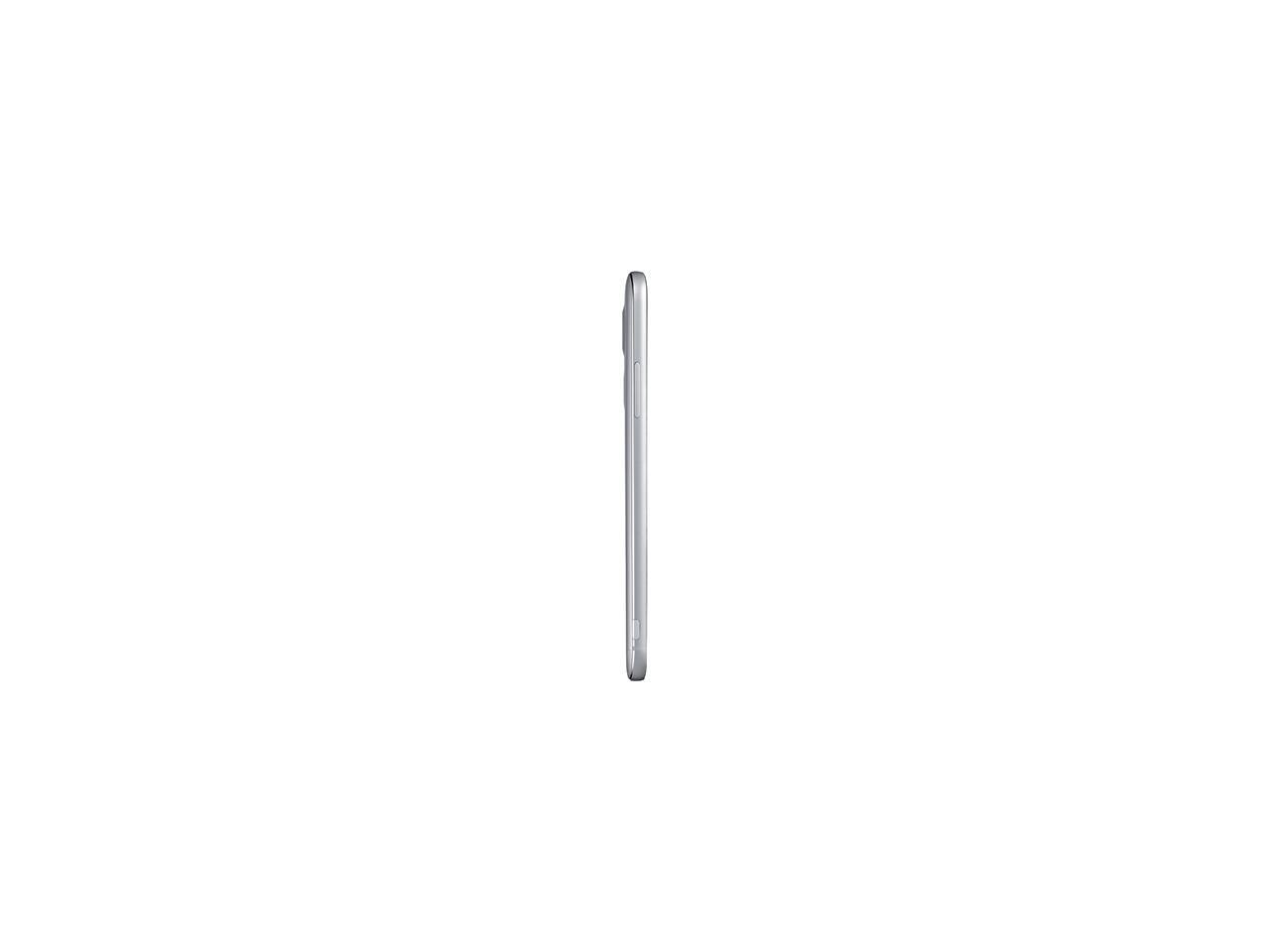 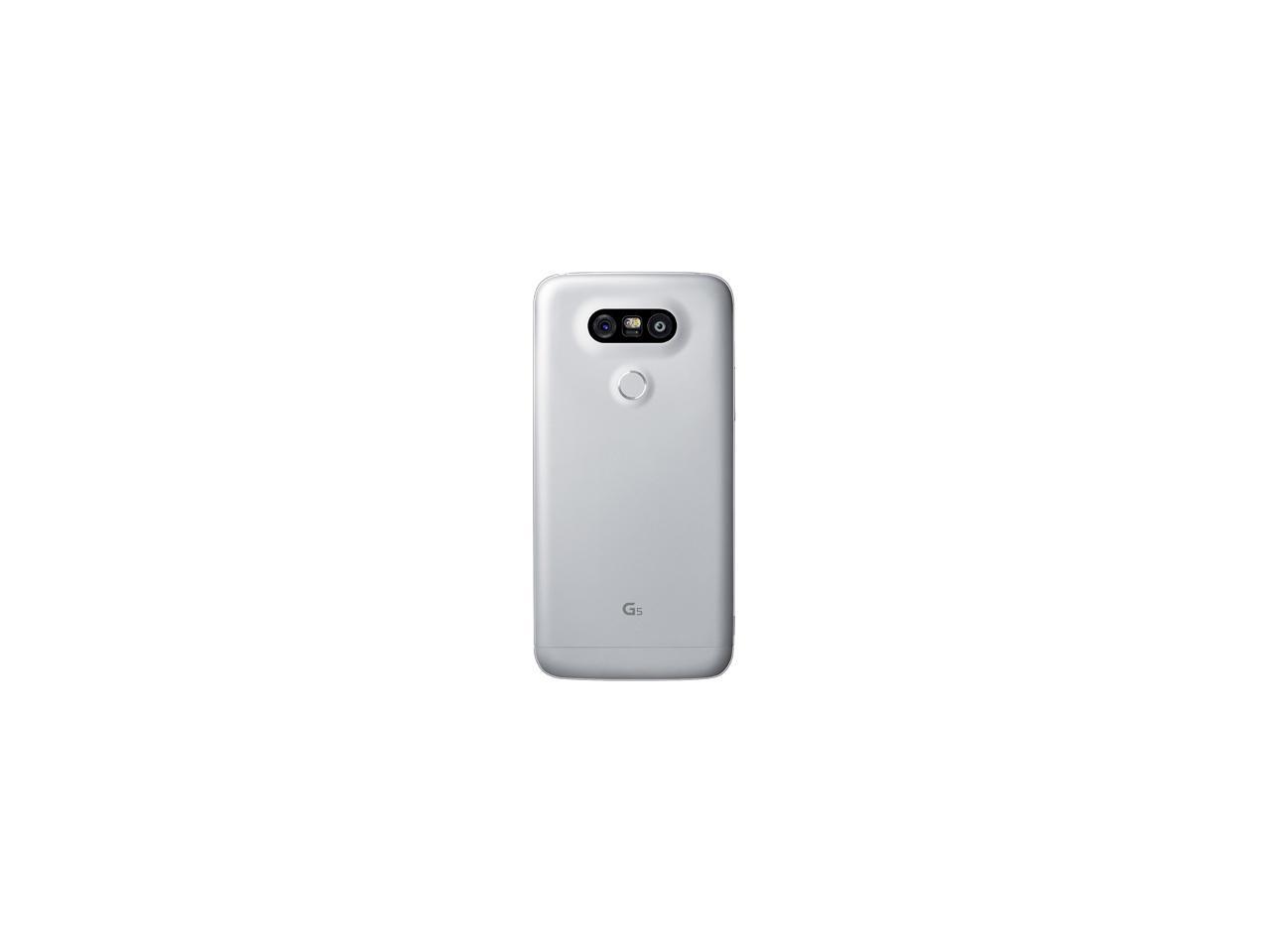 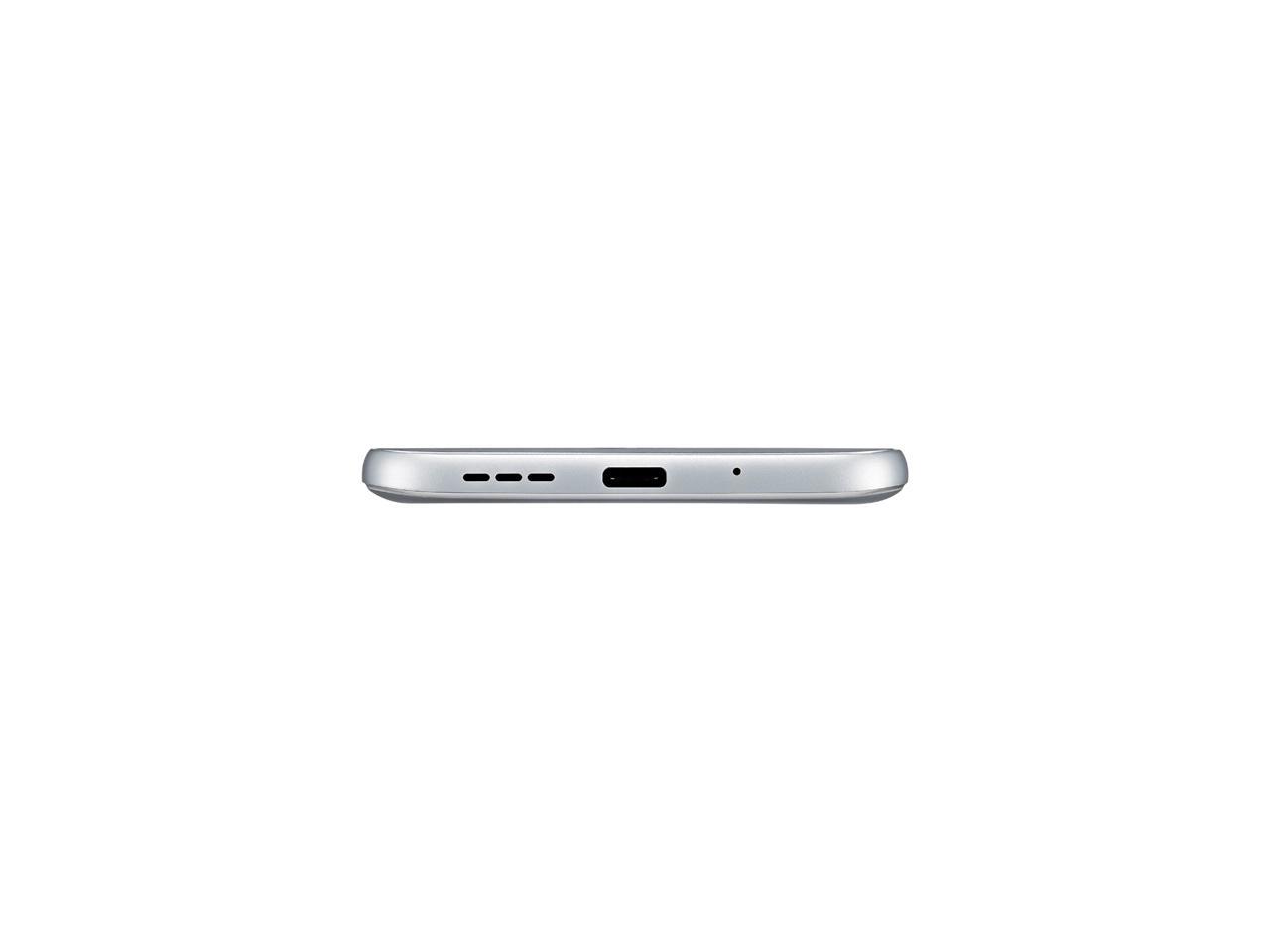 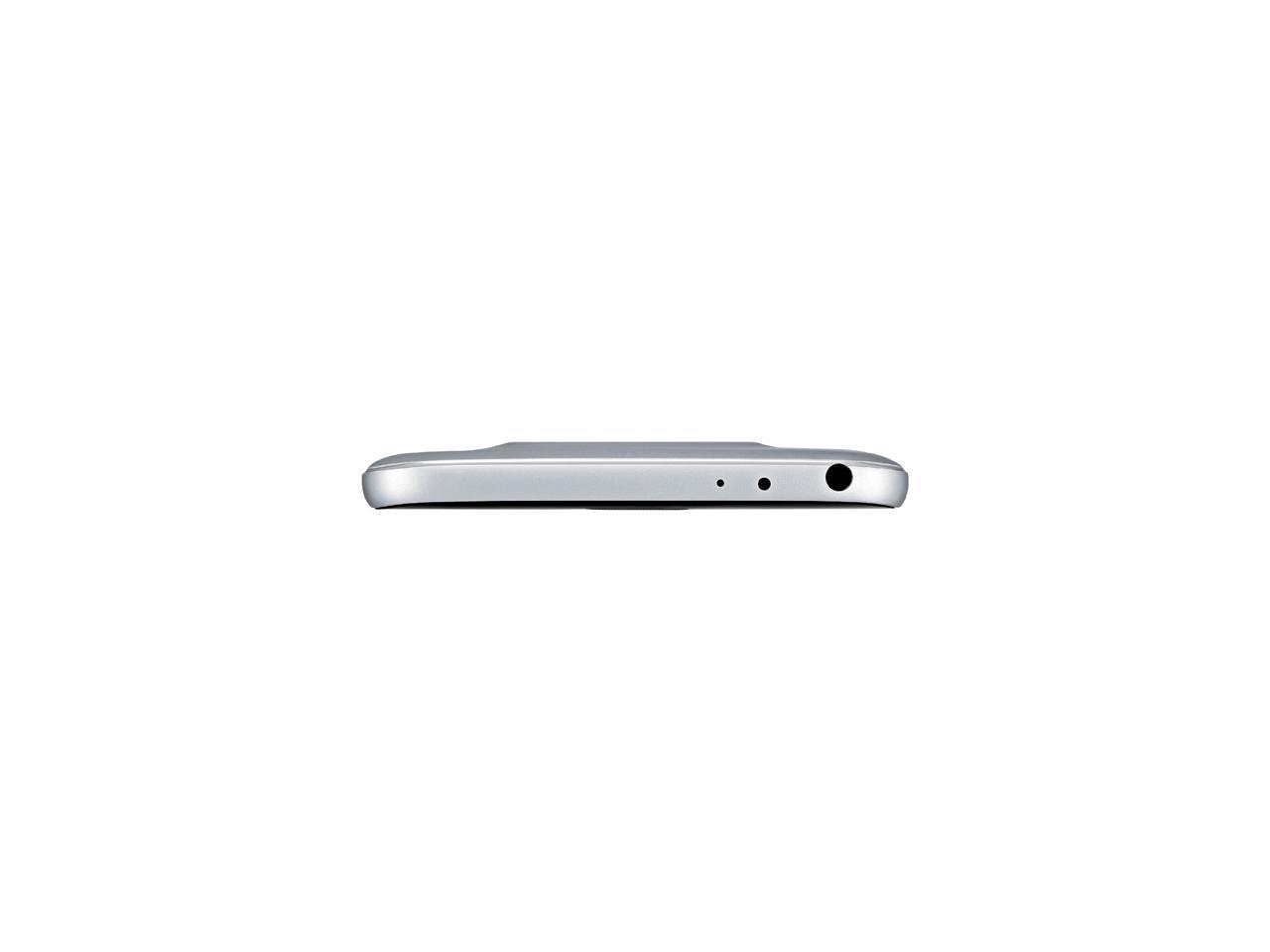 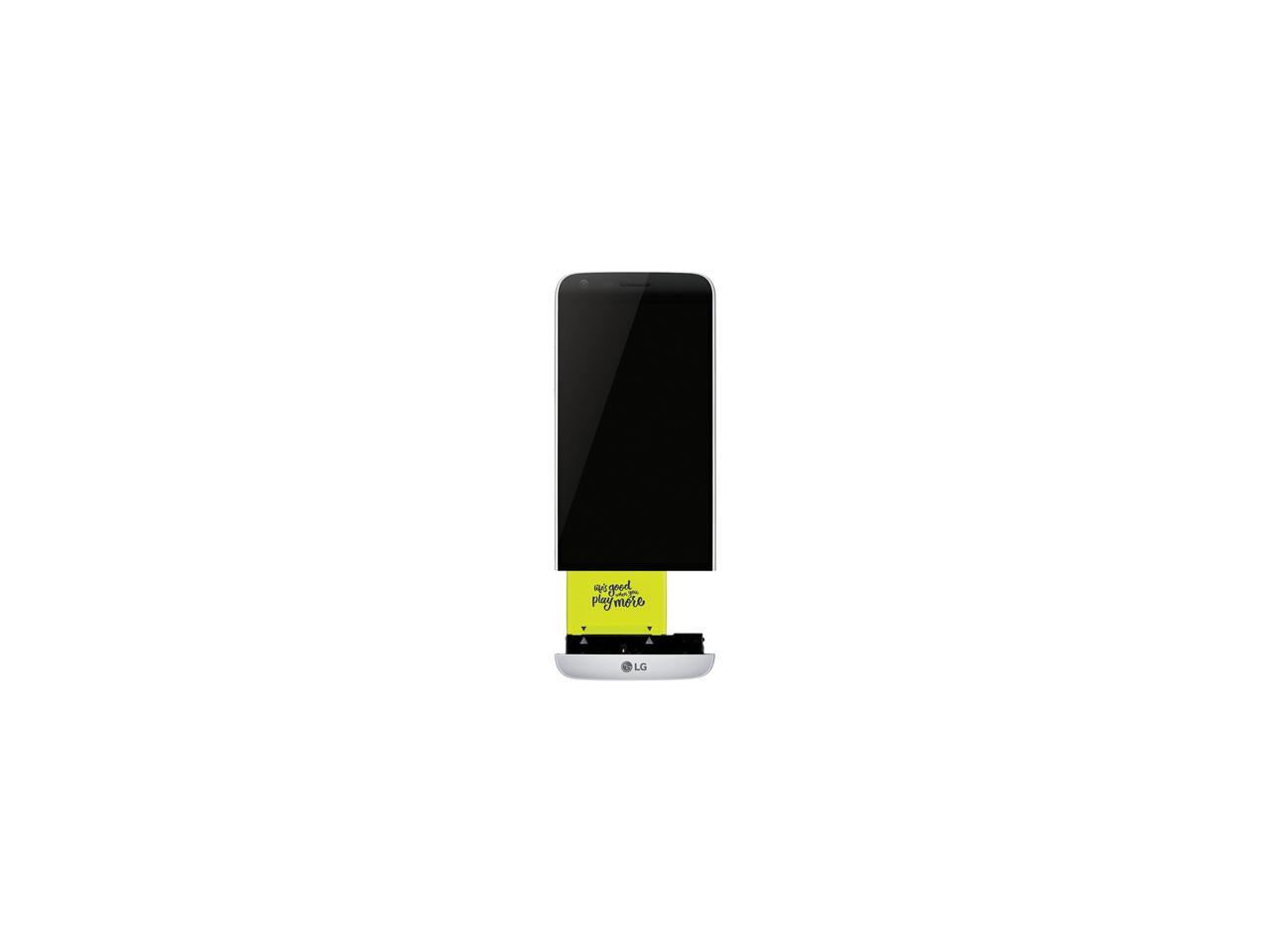 Anonymous
Ownership: 1 week to 1 month
Verified Owner
Fantastic phone, activated in 1 minute with verizon prepaid, not even with my own nano, chip they gave me a new one7/27/2017 3:57:23 PM

Cons: Battery life could be better but still gets me through the day!

Pros: This phone works with no problem. fast, quick and easy to use

Cons: Bottom piece where you change the battery sticks out a little bit but a case will cover it. If you plan on having a case it will take a while to swap batteries or to add the camera option to it.

Pros: Camera, camera, camera Great color reproduction on screen, 2560x1440 is perfect at this size Battery life is great phone can still be self serviced, you can even just slide a new battery in. (main reason I bought this phone as most phones at the time were now having non-removable batteries) great hardware, so it doesn't lag behind on anything currently

Cons: screen burn in can get bad if you have brightness up back camera glass was cracked after 4 months of having it, it just broke setting it on the table, and in order to replace it you either buy a whole new rear cover or spend an ungodly amount of time prying the old glass out to stick the new one in

Overall Review: Bought this Feb last year, my first high end phone I've had before. Had a droid incredible a year after it was the 'flagship, but phones at that time still had bad problems overheating with poor battery life. This phone is a huge step up from my lumia 635. 4 GB memory, amazing screen, camera etc. This phone can do it all and yet it's amazing when you find out this was LG's top end non V phone at the end of 2016! I only got it when it was a year and a half old but now nearly 3 years later this hardware is still great. Feels like android as a whole has plateaued not requiring more than something like a galaxy s3, which is why I didn't go out last year and buy a 800 dollar Samsung device, only paid 279 for this and got so much for my dollar.

Pros: Got this phone for my adult son as a Xmas gift. So far, he is very happy with it. Got it on sale for $239.99, which for this class of hardware is a great deal. He stopped by Verizon, got a new sim card, and was up and running. Very good reception and call quality. Removable battery!! This is a great feature. It's so sad that more and more phones are getting away from removable batteries (in hopes you don't keep that phone as long). My son tells me that the battery lasts for an entire day for him without a recharge. With Good, not great, camera. Nice 2K IPS screen. This is a perfect screen size at 5.3". Comfortable to hold and put in a pocket. 32GB storage. 4GB RAM. Metal frame. Fingerprint reader works well. MicroSD card capable. Gorilla Glass 4. US warranty. Works with both GSM and CDMA carriers. All phones should offer this flexibility.

Cons: If you must have the best camera possible, look elsewhere. The camera on this phone is very good, but not the best in low light. While the battery lasts all day for my son, with a 2800mAh size battery, you may find that a heavy user will need a recharge to get thru the day.

Overall Review: The Snapdragon 820 processor is not that far behind the latest Qualcom CPUs, and does everything he uses it for, including gaming. Any phone with the 835 CPU will cost you 2.5-3 times the price, making this LG G5 a great deal. Motorola is selling their phones with the much older Snapdragon 625 CPU for more than this LG G5.

Cons: The phone has a rep for GPS problems. My phone, same. No satellites show in the GPS Test app. There is a fix but requires disassembling the phone. Not sure I want to go there.

Pros: I received my g5 within maybe 4 days. Fast processing and shipping time. Have not had any problems yet. I have yet to activate but so far everything seems to run great.

Overall Review: I loved my g3 and figured it was time for an upgrade.

Pros: The dual camera and the extra ram are the best of the updates. I love the finger print sensor (best I've ever used, fast and accurate, hope they add more functionality at some point. Swiping to capture a photo would be awesome) The form factor is a little smaller, but so is the screen. It's an OK trade off. Nice bright screen... A little easier to view outside. Some miss the app tray, but that doesn't bother me since I'm used to Apple products. Feels very similar! Quality of photos is about the same. The dual camera will come in handy occasionally! Overall, there phone is not a whole lot different than the G4 from a usability perspective. I got it at a very good price so I'm OK with the upgrade. If I had paid full price I'd feel a bit disappointed I think.

Cons: Battery life is not so good! If I use the camera a lot, I'm can't make it through the day. Using video and it'll go even faster! (I know it has the removal battery, but even that doesn't feel as good as the G4. I use an OtterBox case so taking it in and out is not going to happen often.) The way the battery comes out of the G5 seems a little cool at first, but the tray is very fragile. That 'wiggle out' thing seems like an accident waiting to happen. The G4 wins battery hands down. Battery tray seems flimsy as already mentioned! I miss the slight curve of the G4. The top negative for me is the bad battery life, but a close second is the move of the volume buttons. I know many might have been happy with this but to me it was disappointing. It was ones of my favorite LG features and once you get used to it, you wondered why everyone doesn't put them there.) For photography they were in the perfect place. ( If LG would add the functionality of swiping the fingerprint sensor for the camera shutter this would be less of an issue. As it is, I forget and actually push the button and turn off the screen. Other than these annoyances, the phone seems like it will last OK. Hope that will be the case, because overall I've liked there G-series all the way back to the G2.

Overall Review: I would recommend to a friend at the price I paid. At full price, probably not; there are better options for that much money. PS. Final thoughts... To LG, Apple and all the other manufacturers; Don't change the things that are good and that work properly! Instead, focus on a strong OS and add new features when they've been tested to work without fail. Don't take away the features that draw people to your products. (Rear volume buttons in this case, and I'm sure the non removable battery as well in the newer G6) It shouldn't always be about making more money, but instead, making the best product and having the best customer service!

Cons: Battery lasts about a full day of moderate use, cant find a screen protector or case anywhere but online

Overall Review: I would reccomend this product at the $300 i paid