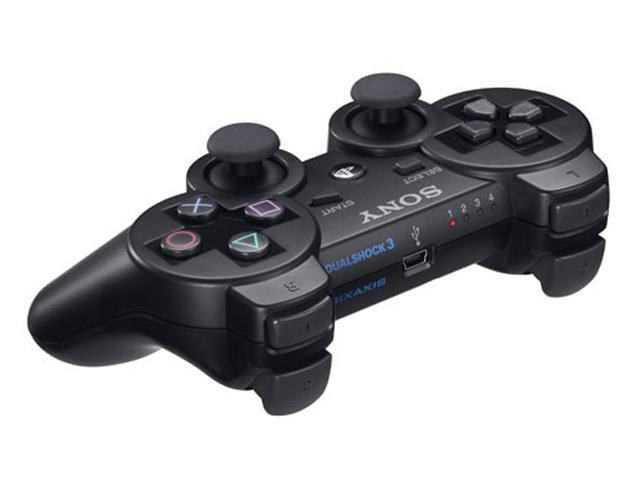 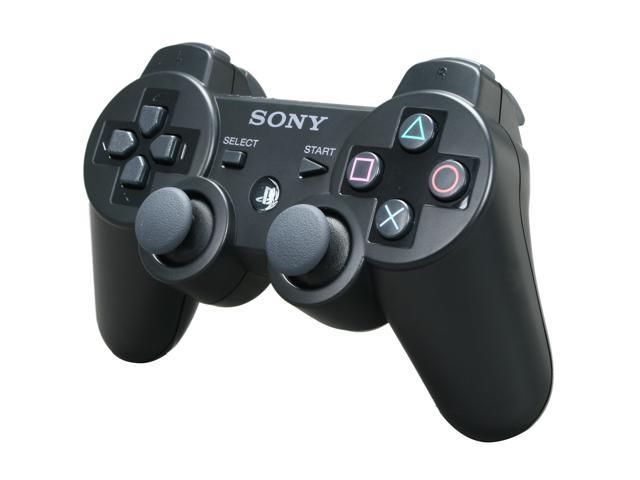 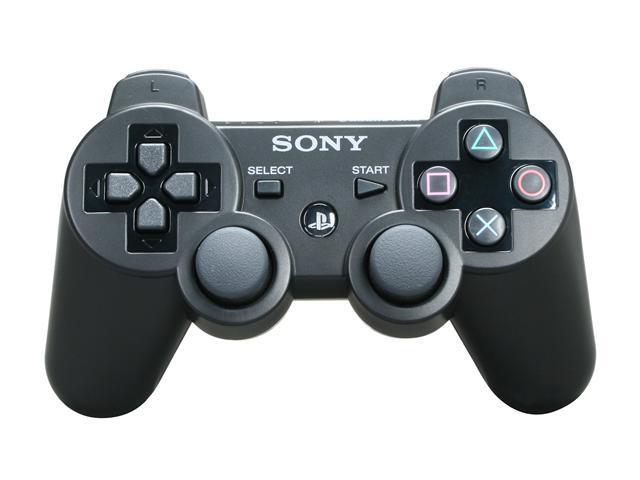 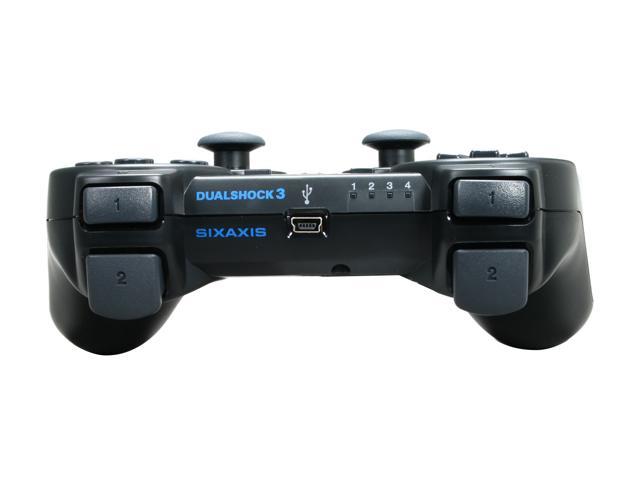 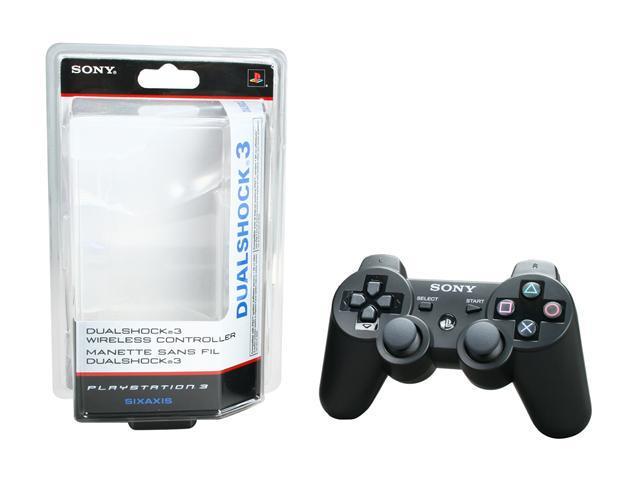 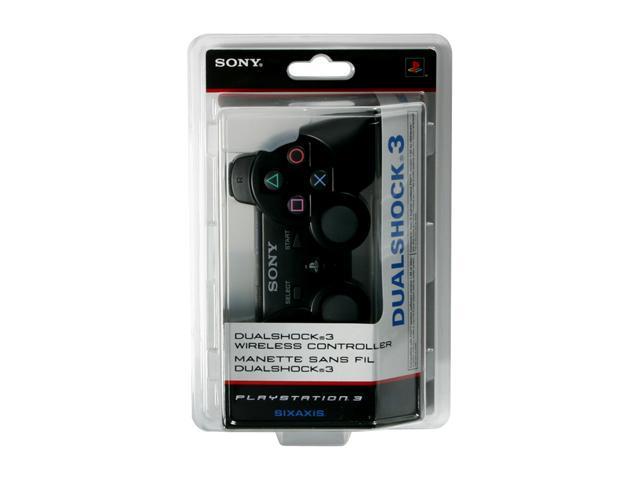 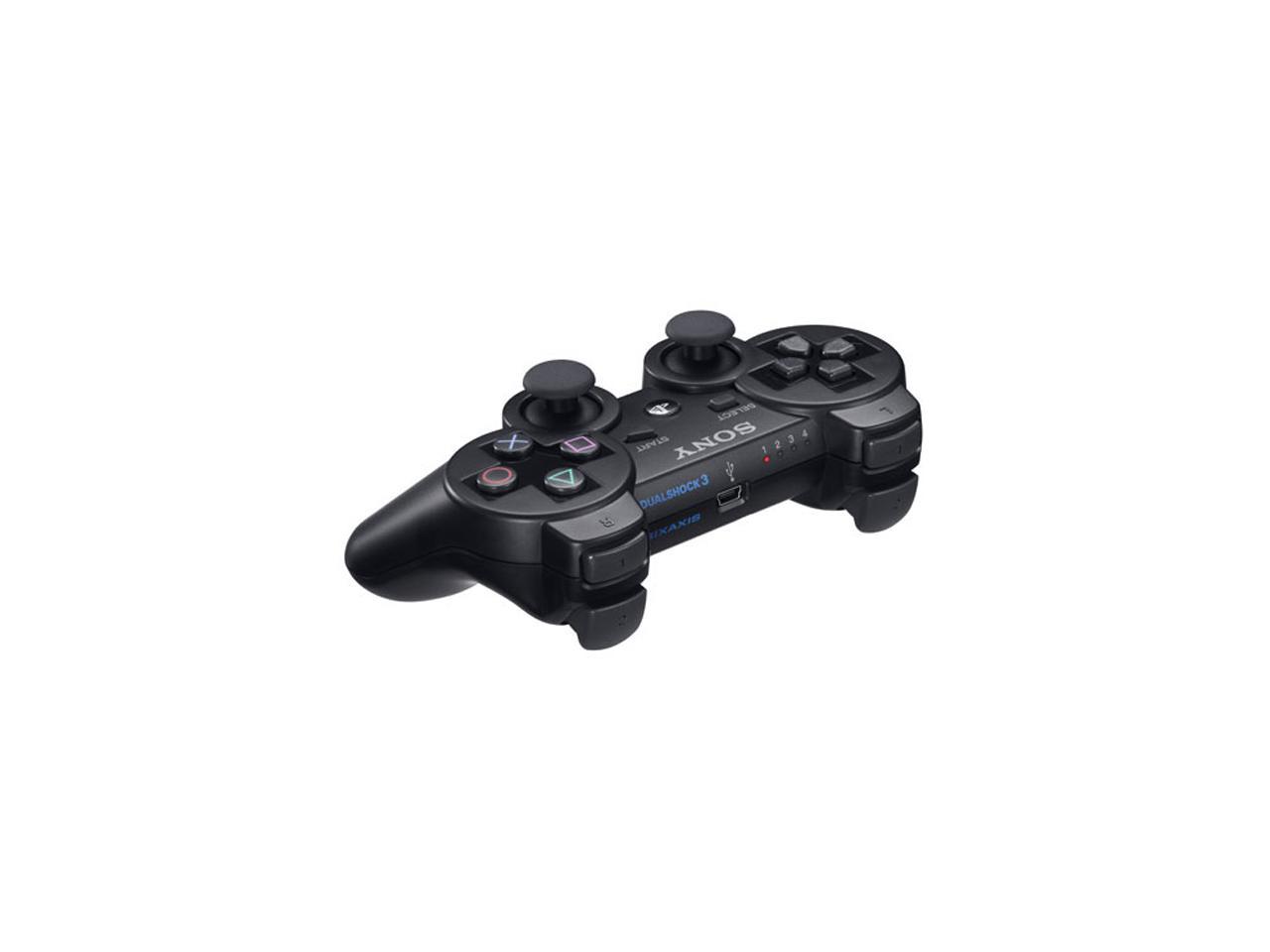 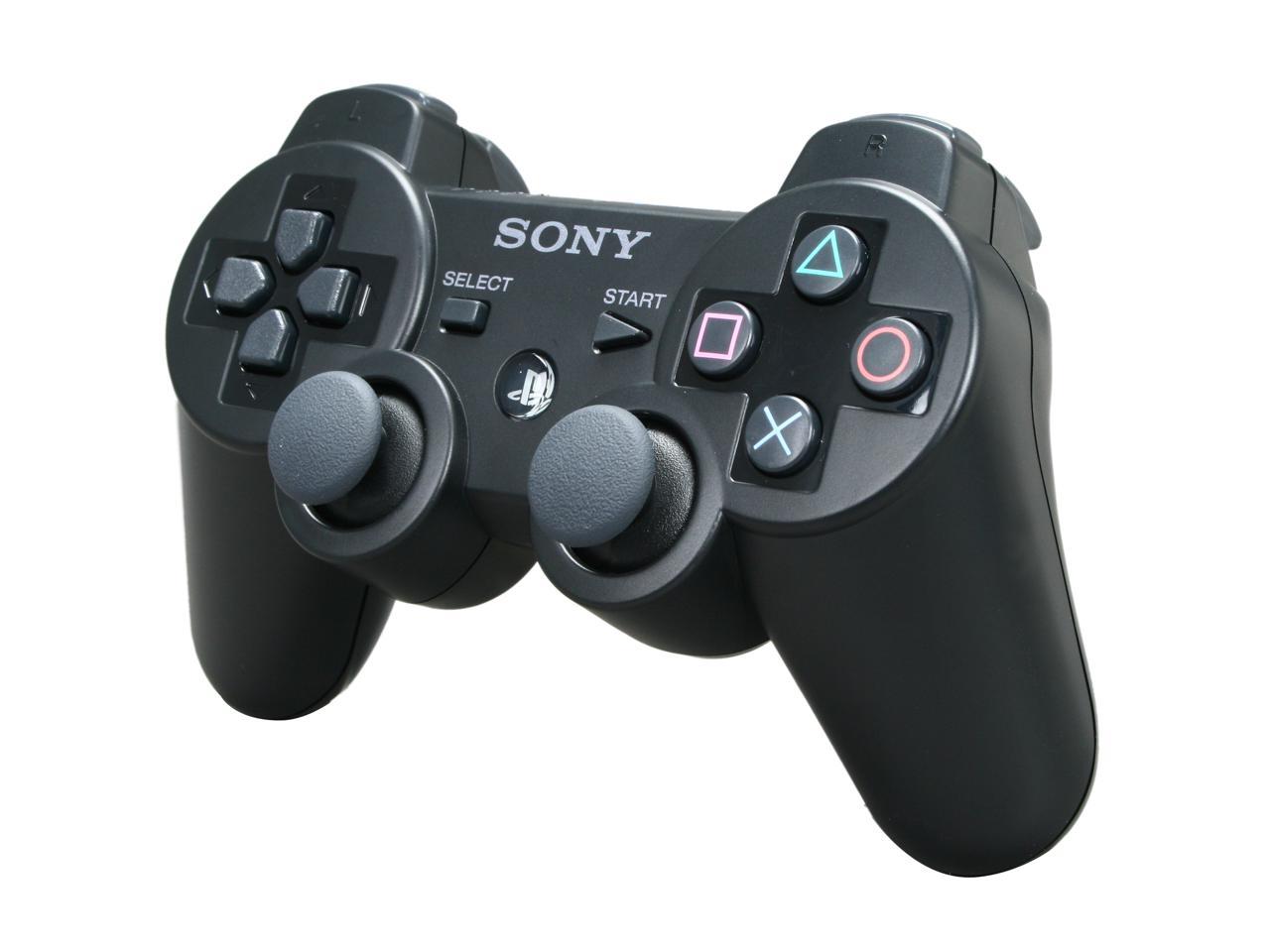 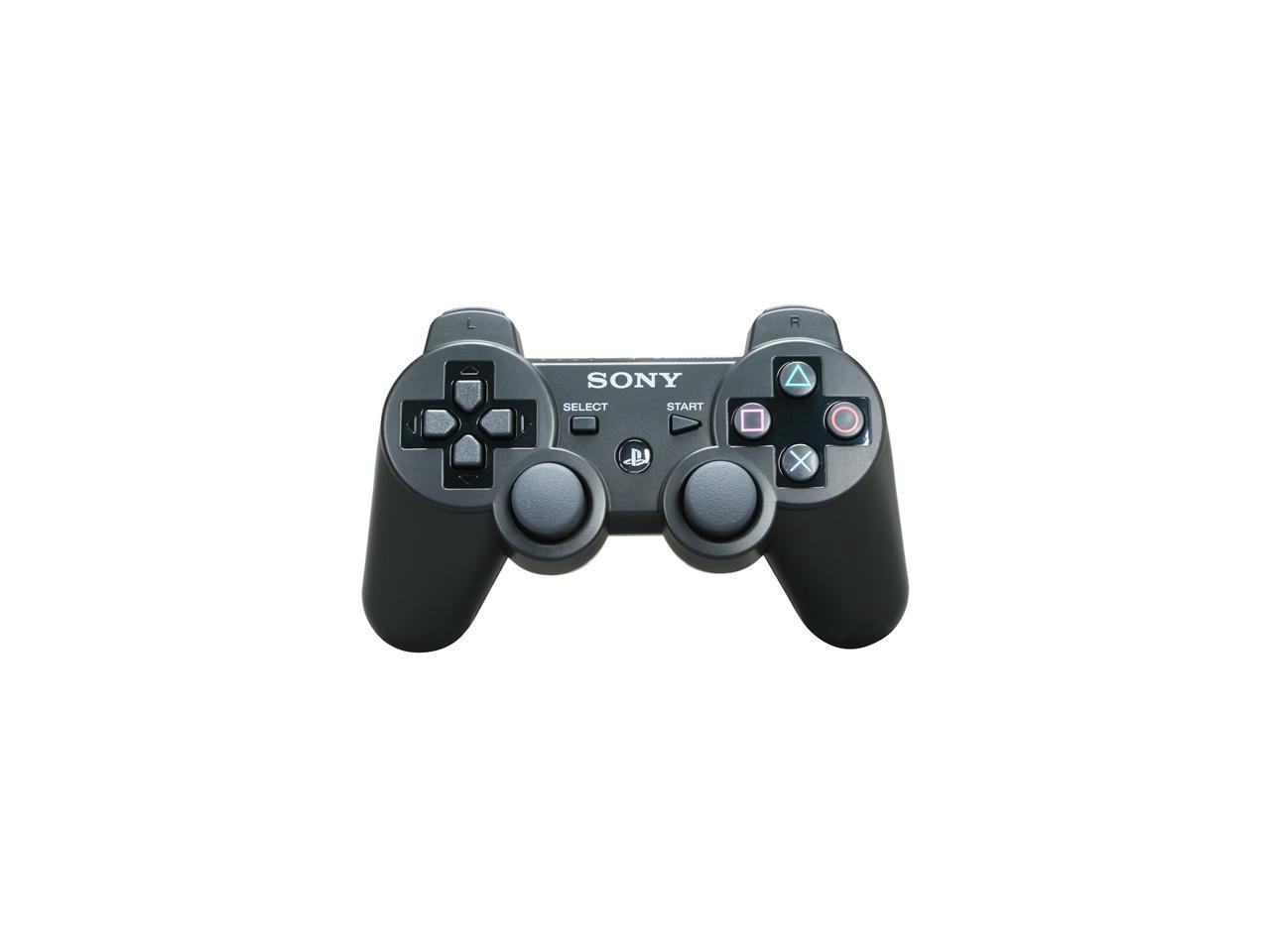 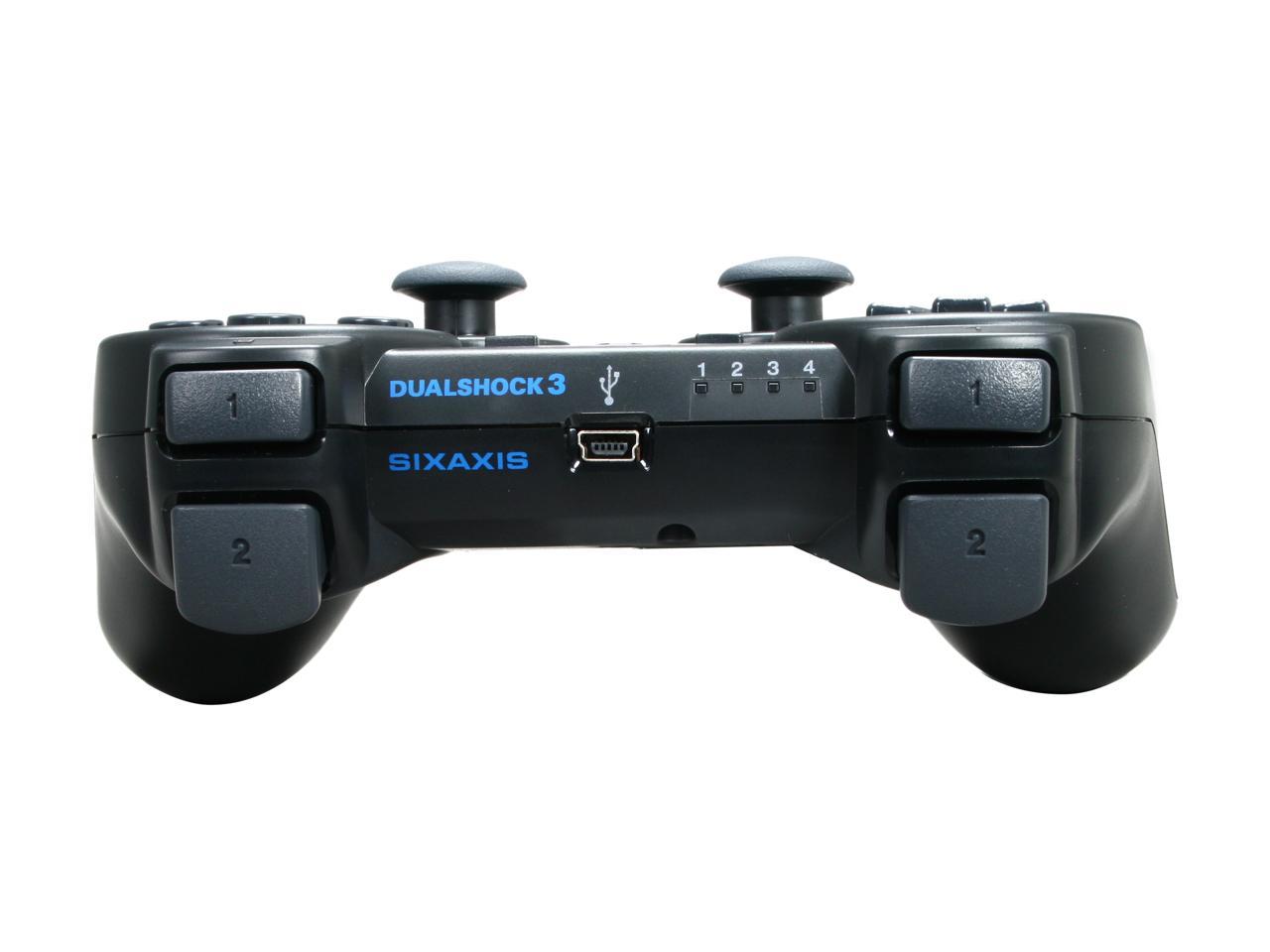 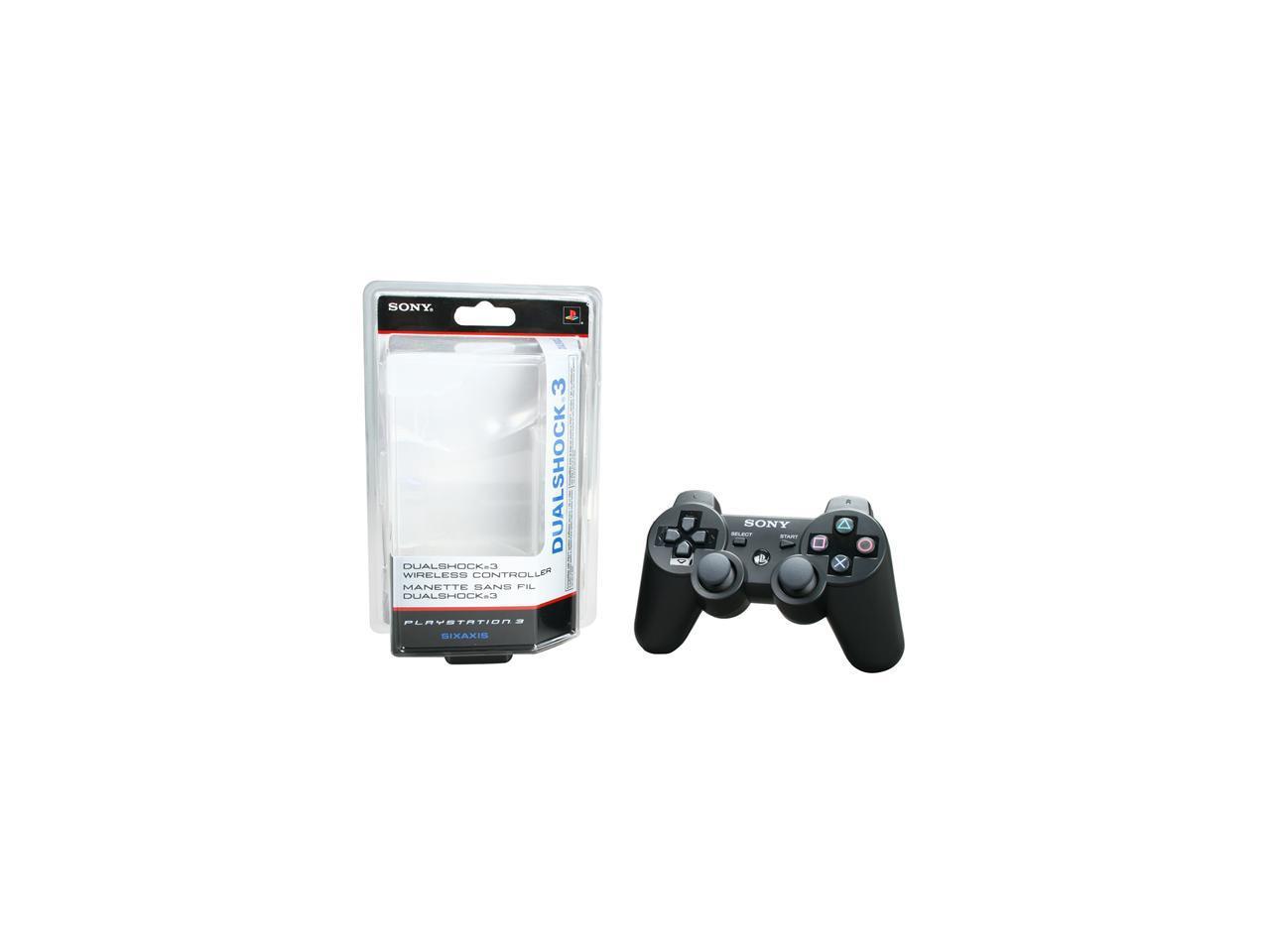 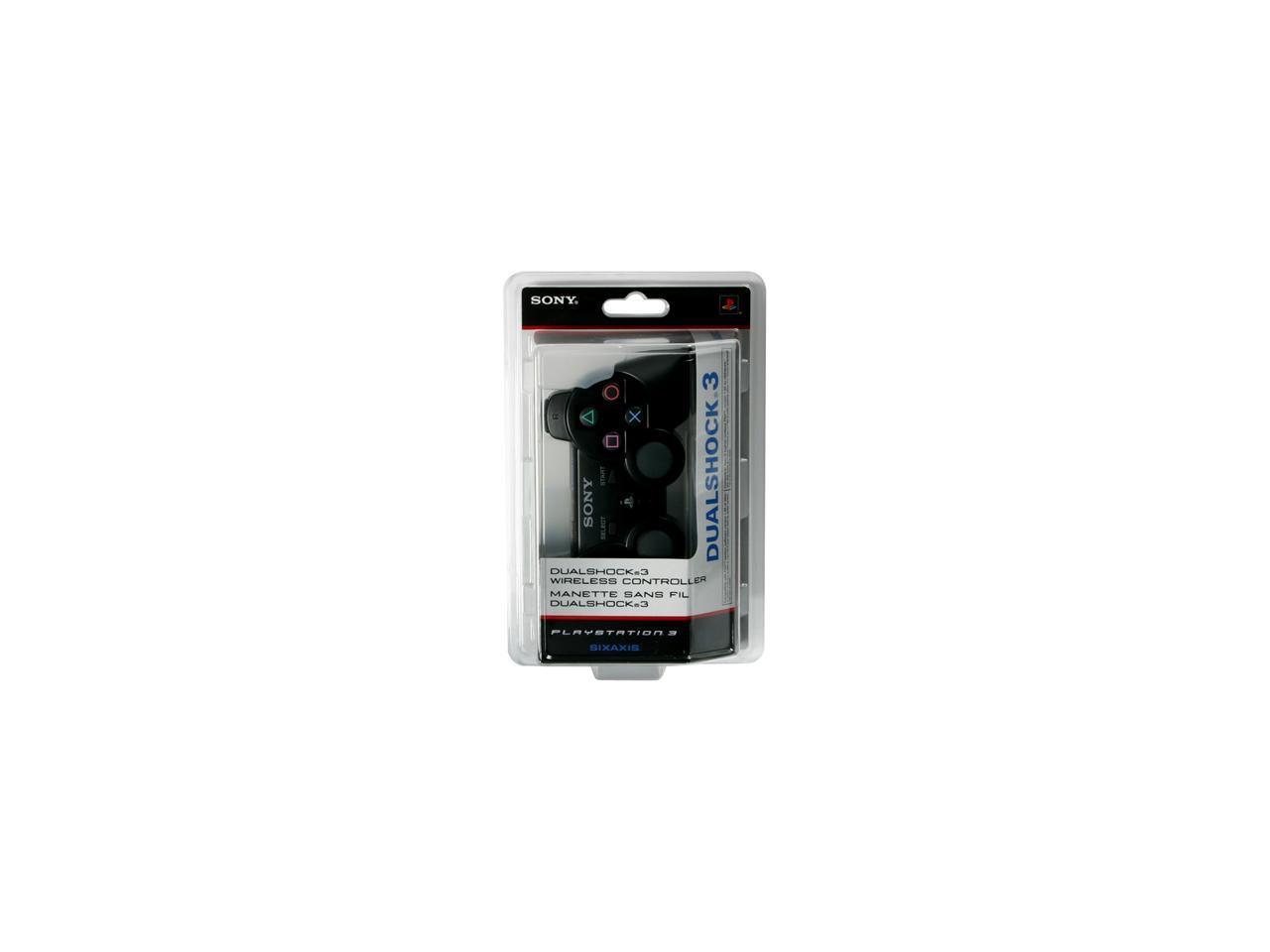 (320) Write a Review
OUT OF STOCK.
Overview
Specs
Reviews
The DUALSHOCK 3 wireless controller for the PLAYSTATION 3 system provides the most intuitive gameplay experience with pressure sensors in each action button and the inclusion of the highly sensitive SIXAXIS motion sensing technology. Each hit, crash and explosion is more realistic when the user feels the rumble right in the palm of their hand. It can even detect natural movements for real-time and high precision interactive play, acting as a natural extension of the user's body. The DUALSHOCK 3 wireless controller utilizes Bluetooth technology for wireless game play and the controller's USB cable to seamlessly and automatically charge the controller through the hardware at anytime.

Learn more about the PlayStation 98050

Pros: Works with my PS3 as it should. I have yet to find a knockoff that works as good as the PS3 OEM controllers.

Pros: - Looks almost exactly like a real Sony product. Had me almost fooled for a few minutes.

Cons: - Definitely not an original Sony product - Joysticks are super stiff and have huge dead zone and weird non-linear response - Will not connect to Mac via Bluetooth, and likely other platforms as well according to Google results - Gave me icky feeling inside

Overall Review: Despite being sold as a genuine Sony Dualshock 3 controller, what I received was a knockoff by Panhai, which a quick Google search reveals to be a common Chinese knockoff brand. Physically, the only three giveaways were so middling as to be easily missed. It's a meticulous copy, I will say that. So how did I know it was a knockoff? (Besides the terrible functionality...see below.) The Bluetooth designation on a genuine one reads "PLAYSTATION(R)3 Controller". This one appeared on my Mac as "PLAYSTATION(R)3Conteroller-PANHAI". Ha, really? Note the misspelling, even! How much more obvious can it get? I was skeptical even before I bought it, because of the $14.99 price, so could live with the fact it was an off-brand. If the controller functioned well. Nope. The joysticks were, in a word, unusable. The first 1/8" of movement in any direction was just a giant dead zone...and so was the final 1/8" of movement. So all the directional information sent is compressed into a tiny area, making the joysticks extremely sensitive midway into movement, and totally unresponsive at the extremes. It's just a total nonstarter. I was replacing an old genuine Sony Dualshock 3 that had started to fritz out, but the joysticks are still satisfyingly accurate. Small-scale accurate movement is a requirement for all 2 of the games I play. One of which being American Truck Simulator on Mac. With this Panhai junk, I might as well be driving with the keyboard. Also it doesn't pair with my computer. That's half the point for me. Done. Out. Get out of my house you fake controller. Needless to say I returned it. Do not buy. It really leaves an icky feeling deep down inside my soul, not just because it's a bad controller...but because it's so sneakily made to look just like a real Sony product, down to even the packaging. The whole thing is a dishonest con. I wouldn't mind it if it was labeled as a generic, with no Sony on it, no PS3 logo, etc. and sold for 15 bucks. At least then I'd know what I was getting into. The fact that it's sold, branded, and labeled with meticulous detail as a Sony product, down to the customer service contact number on the box, makes me a quite uneasy. The fact is, it does not function nearly as well as a genuine Sony product functions. If it did, I wouldn't be writing this bad review. I should have known by the price...but then again, it shouldn't be labeled as a Sony and I rightly assume the best from Newegg, even through their dealer marketplace. And it's the onus of Newegg to filter such detritus out of their space. I will say that Newegg allowed me to return it for a full refund, and even easily agreed to pay for return shipping, which is not their policy, to make it worth it for me. I appreciate that very much. I do want them to know that such a misleading phony is selling on their marketplace so they can maybe just pull it out of their offerings. Leave this kinda stuff to AliExpress. I ended up "fixing" my old original controller by taking it completely apart and rubbing contact cleaner in a few spots. Definitely not worth spending the money on a new Dualshock 3 online. I think any new one is a fake at this point, so you really can't be certain, even from a great company like Newegg, that you're not getting a total knockoff wolf in Sony sheep's clothing.

Cons: It's not the real thing. The right analog has multiple problems R2 and L2 springs do not have the same resistance. Slight damage on top of the controller, where the plastic meets. You get what you pay for this one. Not sure why Newegg allows this.

Overall Review: When i read others and they complain about the USB cable, i took the time to check in stores and online if there is one with it. There isn't one that come with the cables so really sony expects us to have one already. Please do the research when you buy stuff.

Pros: Long range via bluetooth. Charges very fast and uses up about 20% battery in 8 hrs. Versatile controller for PC and emulation games via Motioninjoy software. All buttons, triggers, and analog stick feel comfortable and responsive. Not too heavy and fits my hands.

Cons: Would be nice to have a USB-A to Mini-B cable included but I had one already. A bit expensive compared to other console controllers. Have to hold the Playstation button for 10 seconds to shut off. It should be shorter like 3 seconds. Some games don't detect the right analog correctly or the axes are way off.

Pros: Unbelievable price. Had been looking for a Dualshock PS3 controller for about a week and stumbled on them here for dirt cheap.

Overall Review: Wish I bought 2 at that time. Before I got the a Xbox too, the controller was significantly heavier than a standard controller. Then I started to play Xbox regularly and picked up my Dualshock controller and realized it was light as a feather comparatively speaking.

Pros: No batteries to buy, charges quickly, and feels great. This controller is solid. It's also relatively cheap compared to buying a controller, charging cord, and rechargeable battery like other consoles would have you do.

Cons: I haven't found any yet

Pros: controller has a more solid feel to it, significantly heavier than the sixaxis. also, i've noticed that it has a greater range than the sixaxis. the vibration feel is nice, brings back old memories of the dualshock 2.

Cons: battery life is a little bit shorter than the sixaxis.

Overall Review: if you're deciding between a sixaxis and dualshock 3, the dualshock 3 is probably worth the extra bucks for the nice vibrational effects.