product
86-948-004SONY SS-B1000 120W Bookshelf Speakers Pairhttps://www.newegg.com/sony-ss-b1000/p/N82E16886948004https://c1.neweggimages.com/ProductImageCompressAll640/86-948-004-02.jpgOutOfStock41.99USD/home/Electronics/Home Audio & Home Theater/home/Electronics/Home Audio & Home Theater/Home Audio SpeakersSonySONY SS-B1000 120W Bookshelf Speakers Pair41.9948
OUT OF STOCK
Sold by: Newegg
Shipped by Newegg
This item is currently out of stock and it may or may not be restocked.
Out of Stock
Add To Wish List 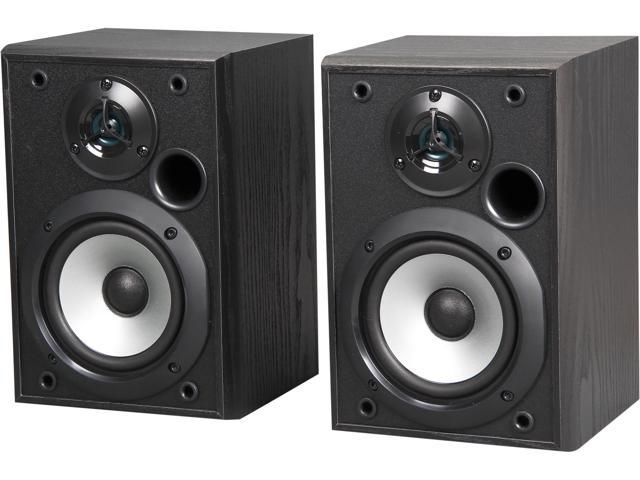 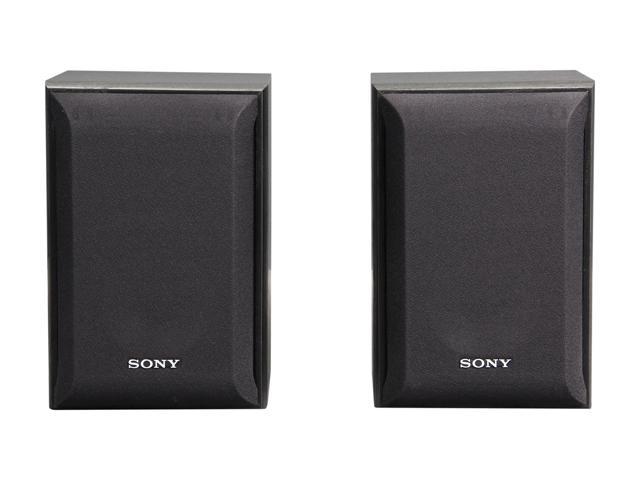 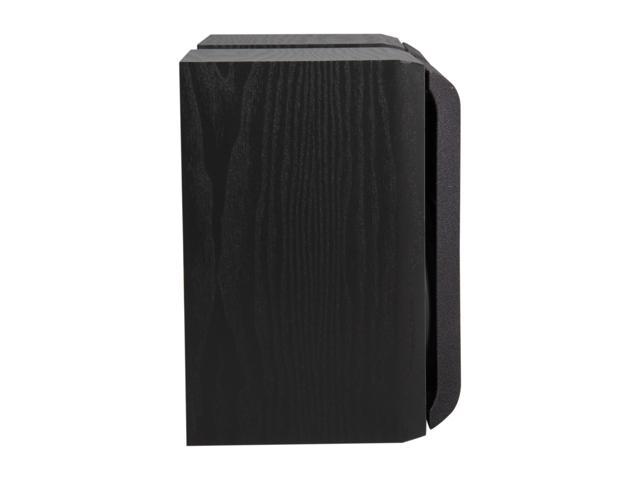 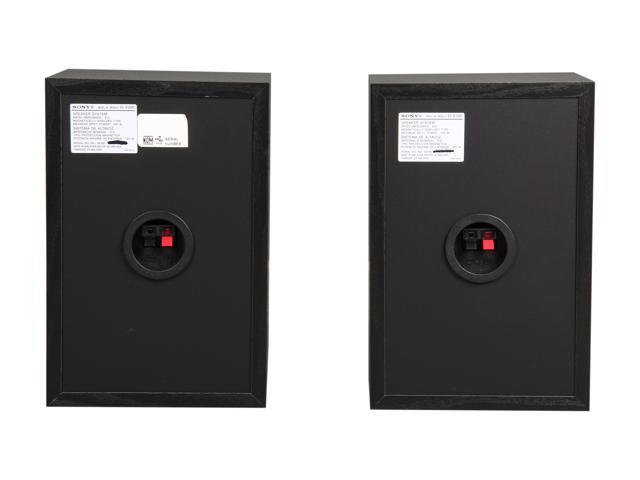 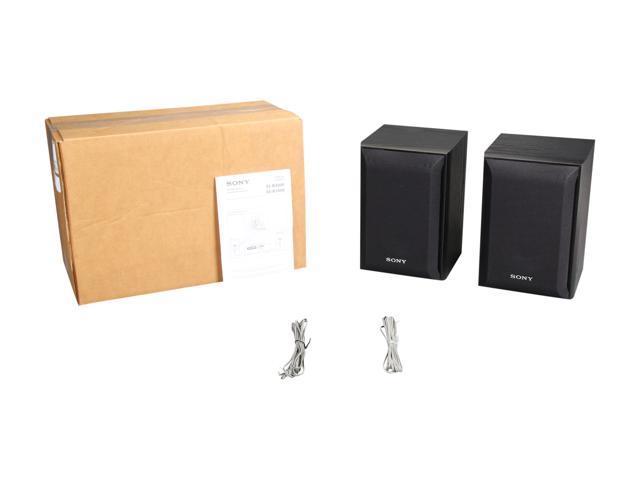 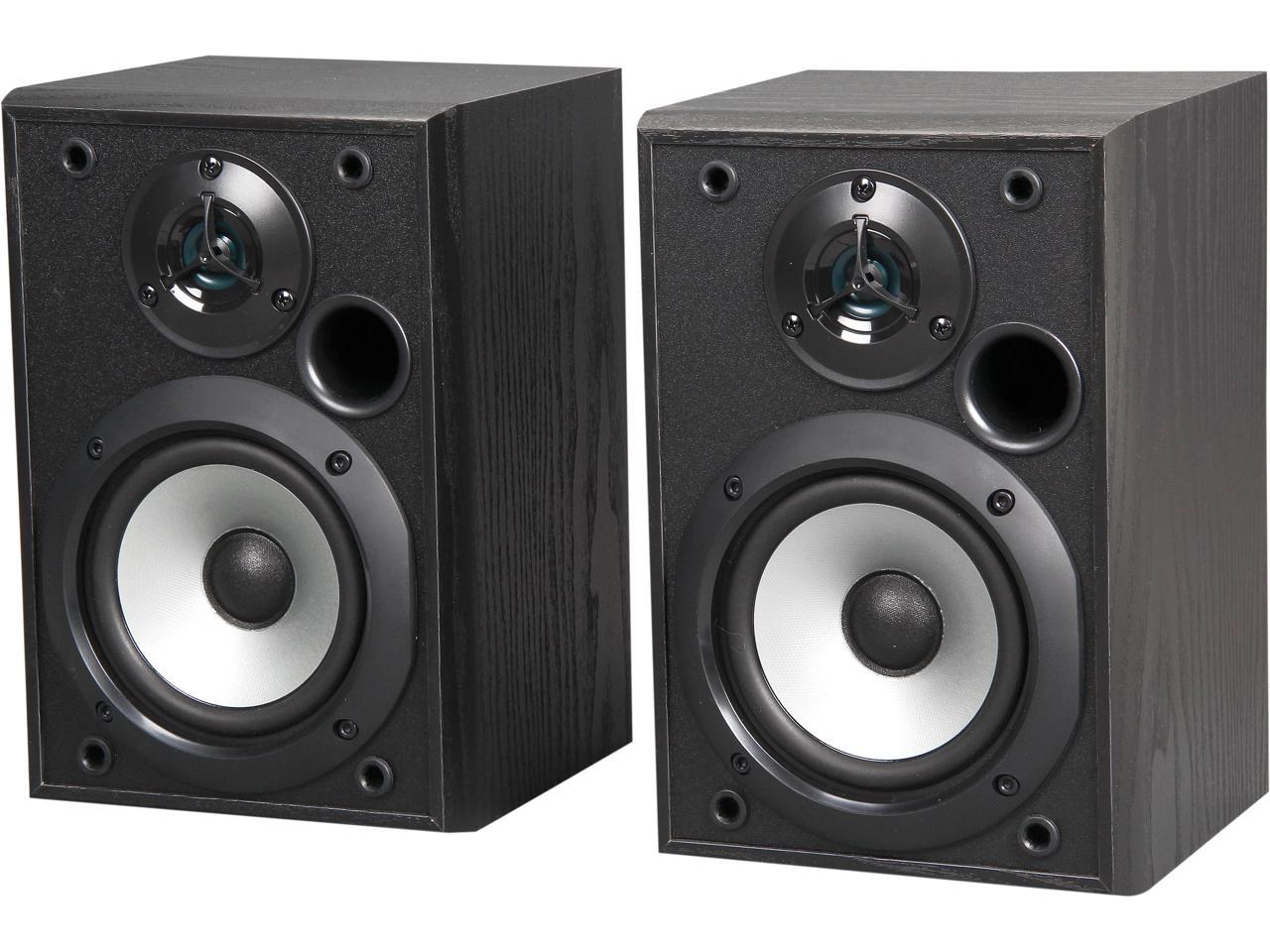 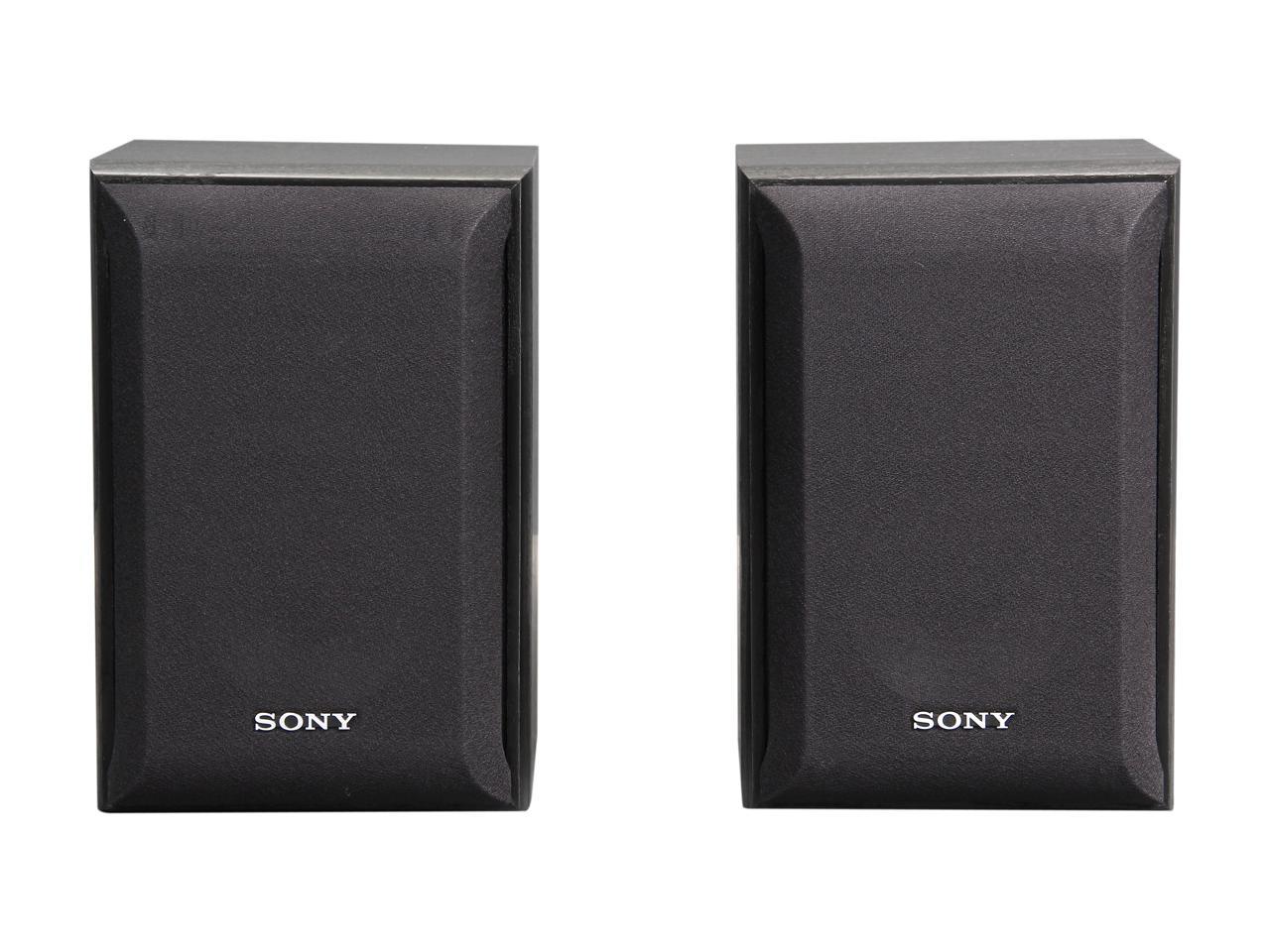 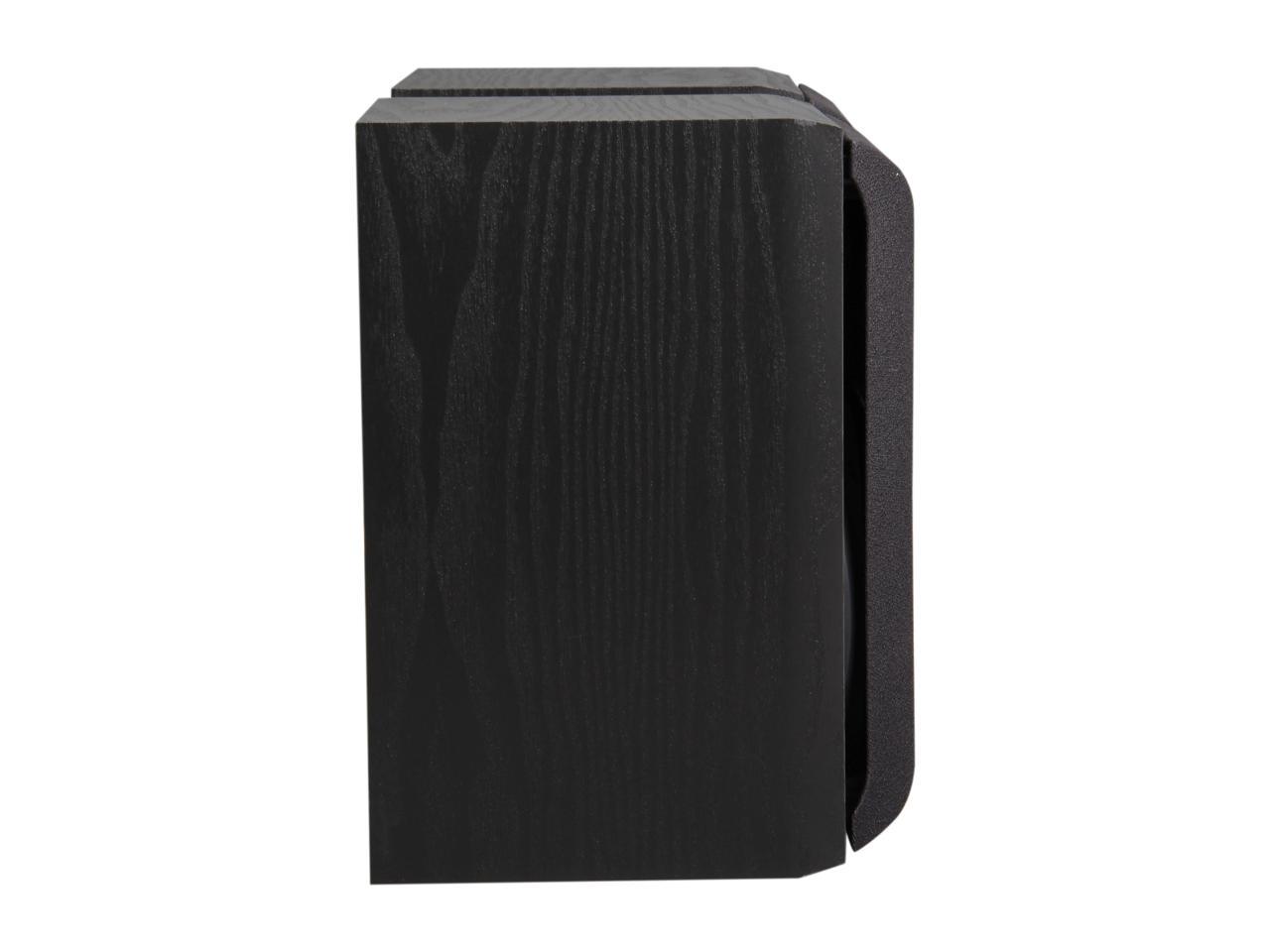 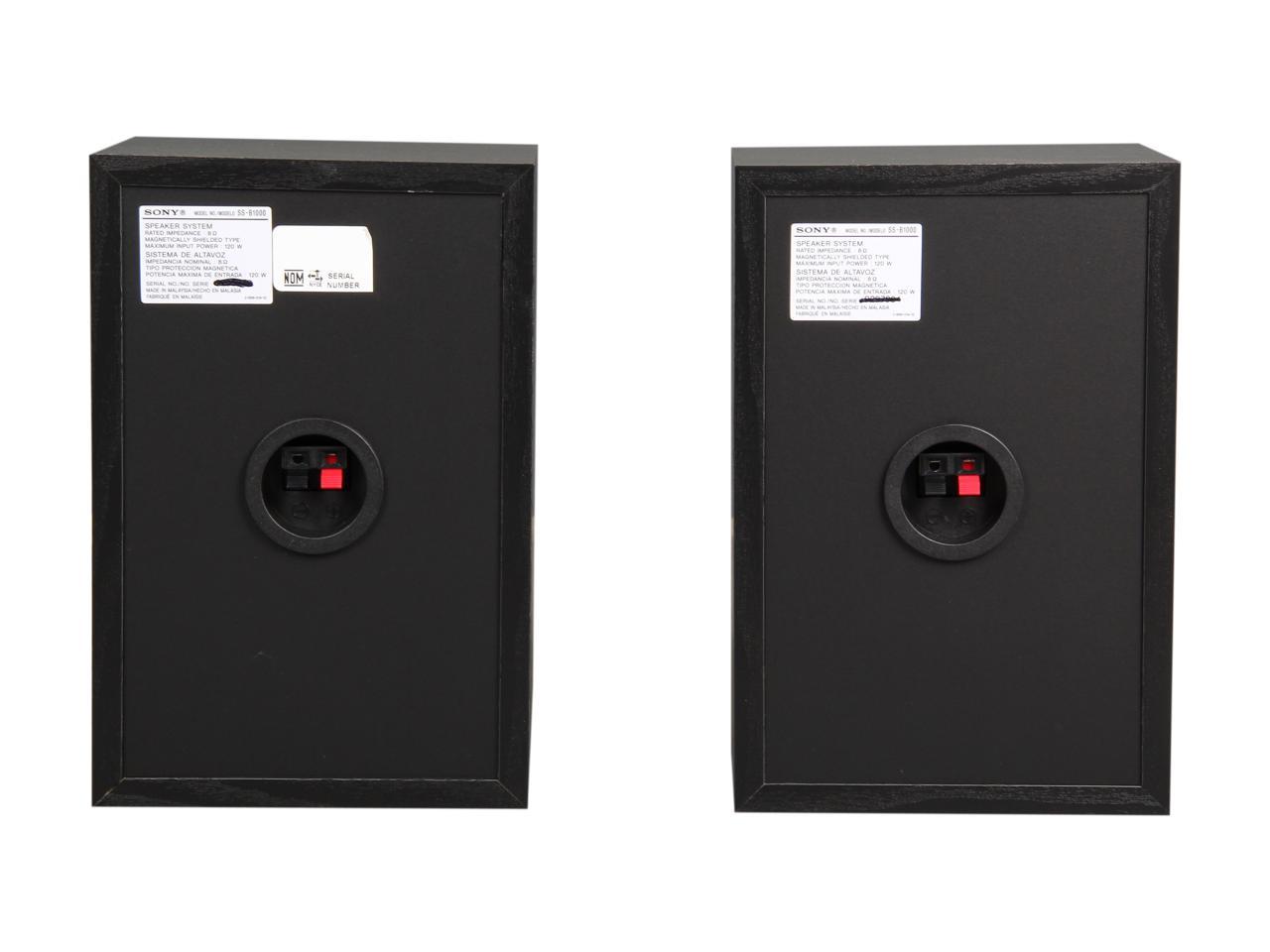 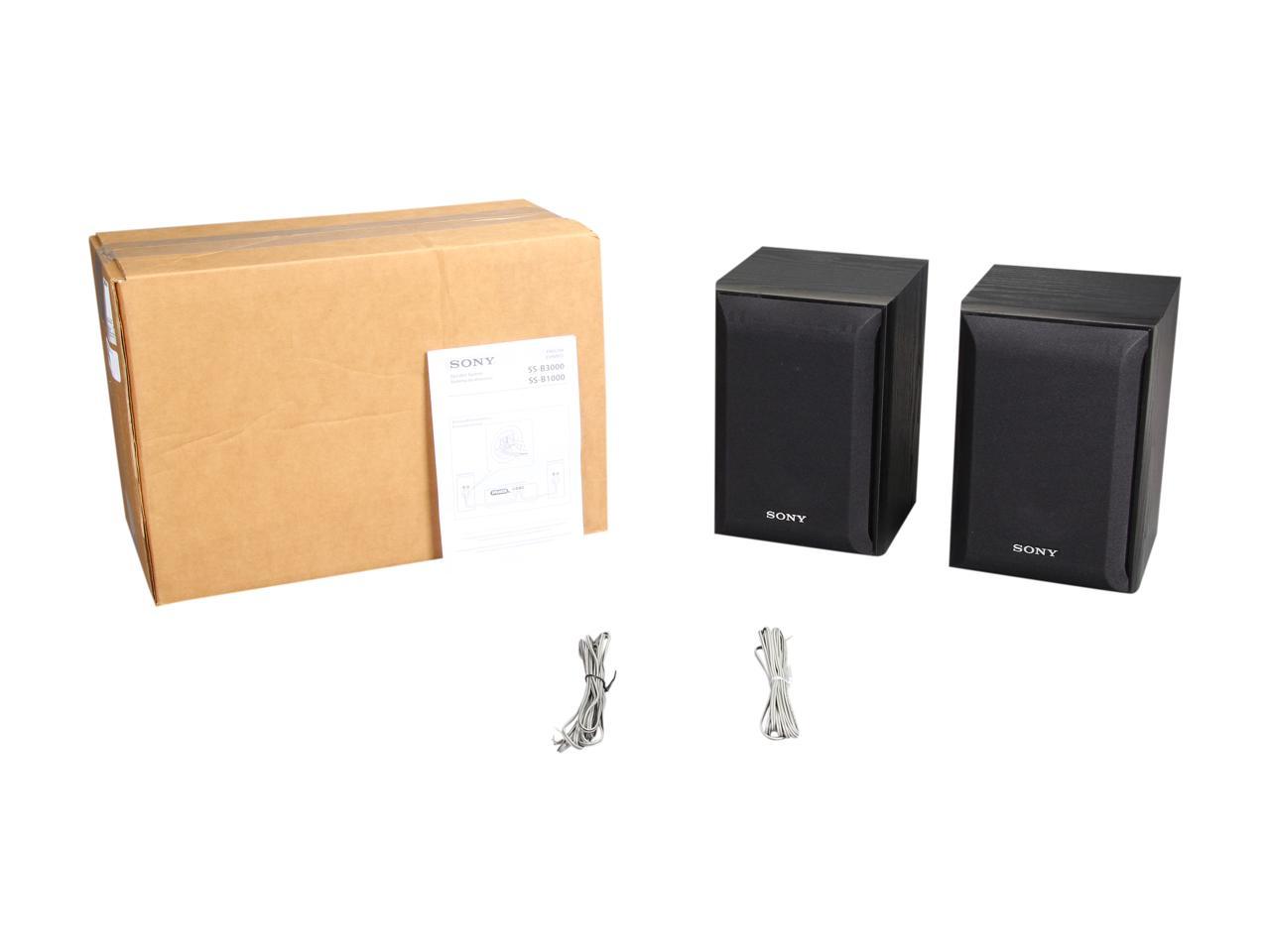 This means the product was tested and repaired as required to meet the standards of the refurbisher, which may or may not be the original manufacturer. Any exceptions to the condition of the item outside the manufacturer’s information should be provided in the listing, up to and including warranty details.
(8) Write a Review
OUT OF STOCK.
LOADING...
Overview
Specs
Reviews

Learn more about the Sony SS-B1000

Pros: Decent sound for what I paid. They function nicely for what I bought them for, which is front speakers for my second TV. They mix well with the Polk center and the infinity sub.

Cons: They would a bit too "boomy" for my taste if I used them as stand alone bookshelf speakers. Lot's of bass, but a bit artificial sounding in that regard.

Overall Review: Honestly they don't compare in the same league as the Klipsch KB15 bookshelf speakers I use for my home theater.The Sonys are very light and small in comparison, but I must say they do sound good when mixed in with the other speakers I am using. They have similar sensitivity to the Polk center, so seem to match up well. Keep in mind that any audiophile will tell you not to mix speaker brands for best results. Overall I am pleased with them at the price I got them (dirt cheap). They even sound good for music.

Overall Review: For the discounted price, you get a quality build set of speakers with excellent sound. No, there are not Harman's but again, the value is there for a pair of Sony speakers. Enjoy.

Pros: Condition - If it weren't for a sticker on the back and the plain cardboard box they arrived in, I would have sworn I got new speakers instead of refurbs, The cabinets and screens are unmarked and after several days of (light) use they work. Sound quality for the price - I got these primarily for my computer for when I don't feel like wearing headphones. For $45 plus a small $25 desktop amp, these sound better than most if not all of the sub-$100 PC/Desktop speakers I've heard. Size - While I've had smaller "satellite" speakers, these are probably the smallest actual bookshelf speakers I've owned.

Cons: Sound quality in general - While I've also listed sound quality as a pro, that's only because Newegg doesn't have a "Meh" section. I'm no audiophile, but I can confirm what others are saying. Bass is on the boomier side and mids are faded, resulting in an almost hollow sound. Then again, I'm comparing them to my other set of bookshelfs I have set up to my TV - a set of Infinity Primus P163s, and while still considered "entry level", one speaker costs as much as this set does new. Weight - While this can be seen as a pro if you're moving them frequently and not a direct problem for me as I don't blast them, but they are light enough that it may be a problem. If you were to put the rated 120w through them I wouldn't be surprised if it resulted in audible bouncing/vibration.

Overall Review: Like I said, with a small, cheap amp these make a good set of PC speakers. Would I spend the $80-$90 that most places are selling the new sets for? Probably not. But for $45, they're good "toss them anywhere" speakers.

Pros: This my third set of these Sony speakers. I us them with a powered subwoofer and the sound is great for the price. These reconditioned speakers were a steal for the price. Less than half my first set.

Overall Review: If you can steal these like I did!

Pros: Decent bass response for the size, and they handle about 60 watts RMS clearly. (about 40% volume on a 100w Kenwood receiver)

Cons: If you want audiophile sound, these aren't it. They're a tad bit boomy, mids are weak, and a bit of sibilance is present. ...but what do you expect for the price?

Overall Review: These are Sony speakers. Sony has never been synonymous with Canton, Klipsch, Martin Logan, B&W, or other higher end manufacturers. They provide value line products, and that's exactly what these speakers are. I bought them for my garage, after the foam rings on my JBL J50's disintegrated. They do the job perfectly. The fact that they're refurbs shouldn't dissuade you. The cabinets were in perfect condition upon arrival, and my guess is the drivers were replaced as part of the refurb. You cannot tell by looking at them. For the price, these are win for their intended purpose. If you want main speakers for a bedroom or an apartment, spend more money and get something better. I will give them this though. They sound better than the JBLs ever did.

Pros: perfect size and they appear to look like they work

Cons: Unfortunately the pair I received did not work. I plugged them in and the static was loud unless it was turned up halfway, then you can hear the music. The existing speakers I have work fine on the same channel. It appears these were never tested after being "refurbished".

Pros: Compact enough to fit in your pocket Durable enough to handle light falls Charges two at a time

Cons: Easy to get dirt into the ports if you use it on the job

Overall Review: Was able to charge a 3rd-gen iPod touch and a low-end phone about 3 times apiece (0%-100%) before the product needed recharging. This was plenty enough for what I need

0 out of 8 people found this review helpful. Did you?