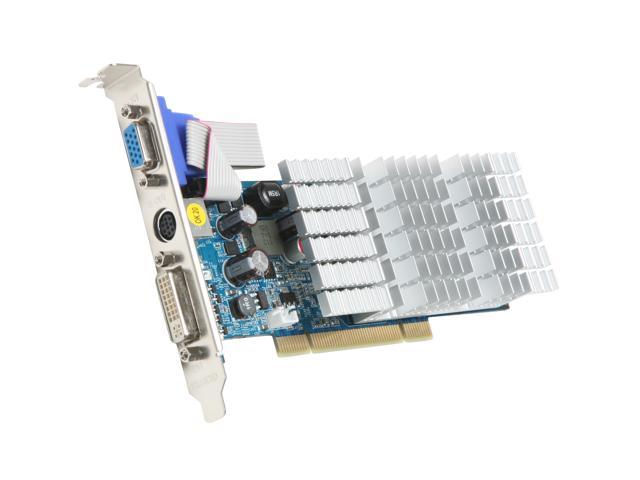 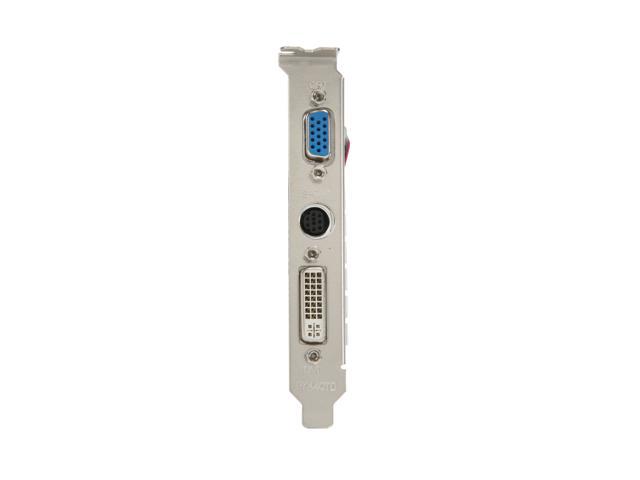 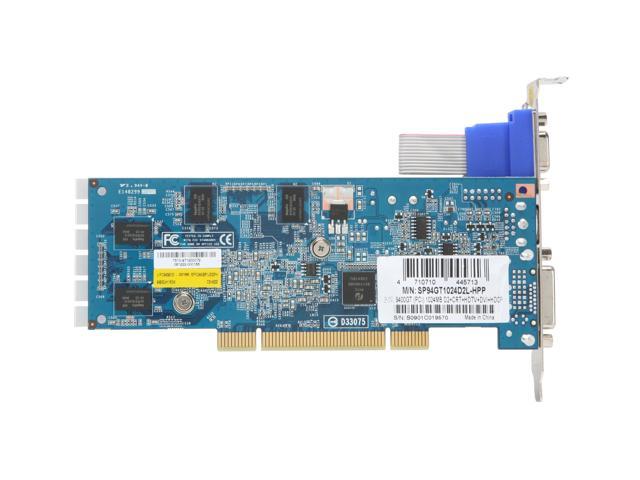 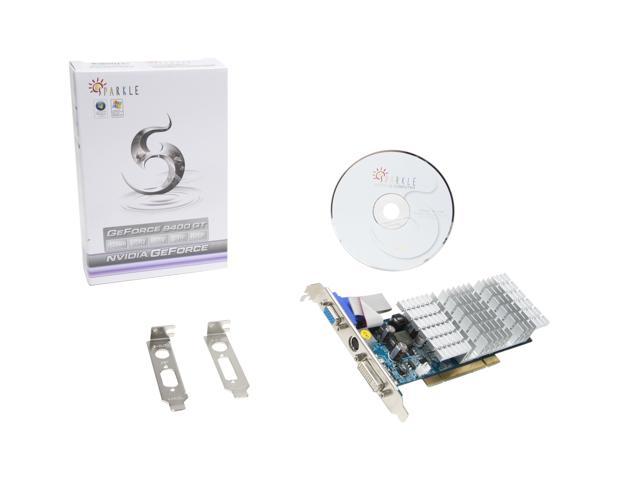 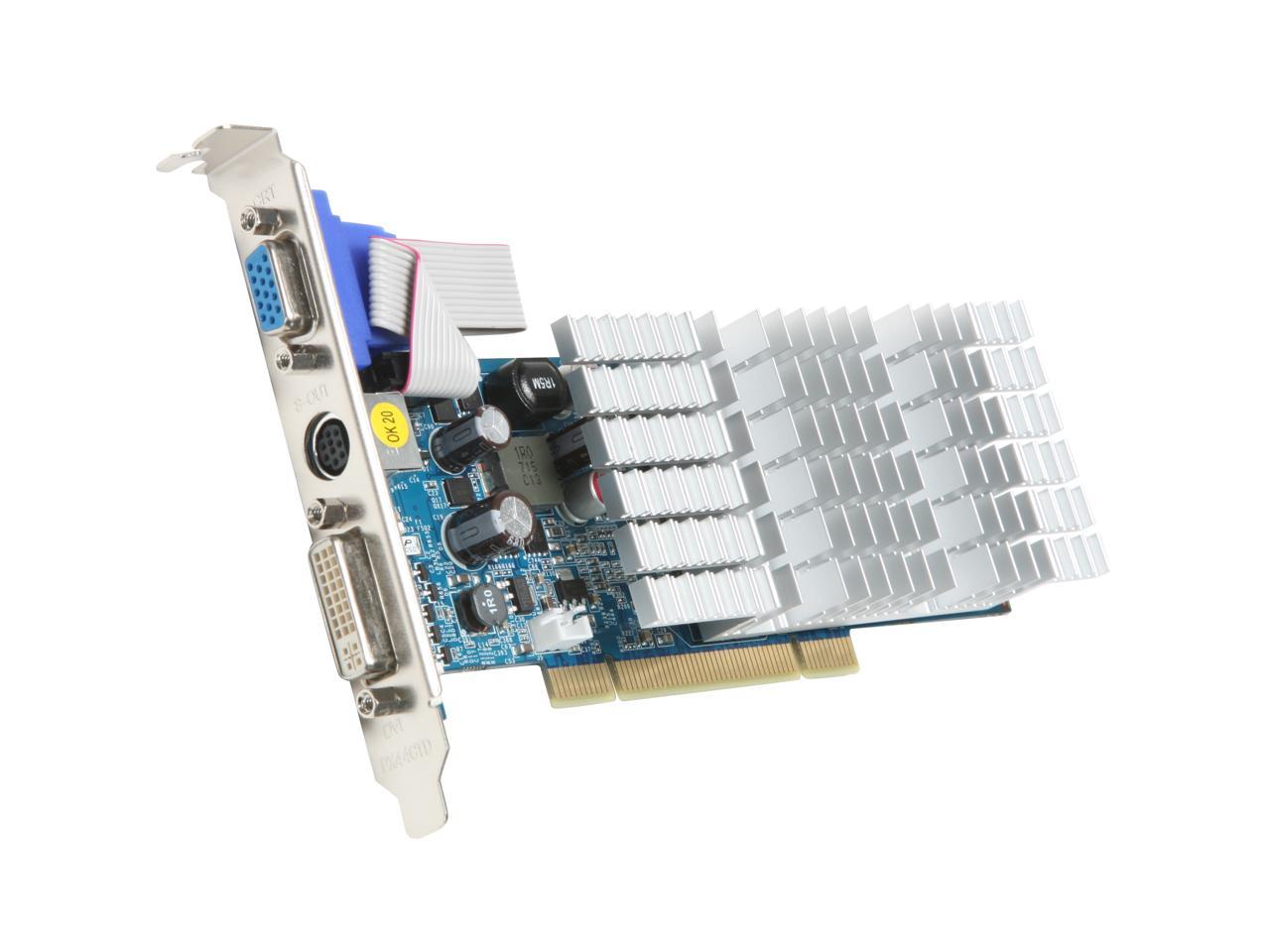 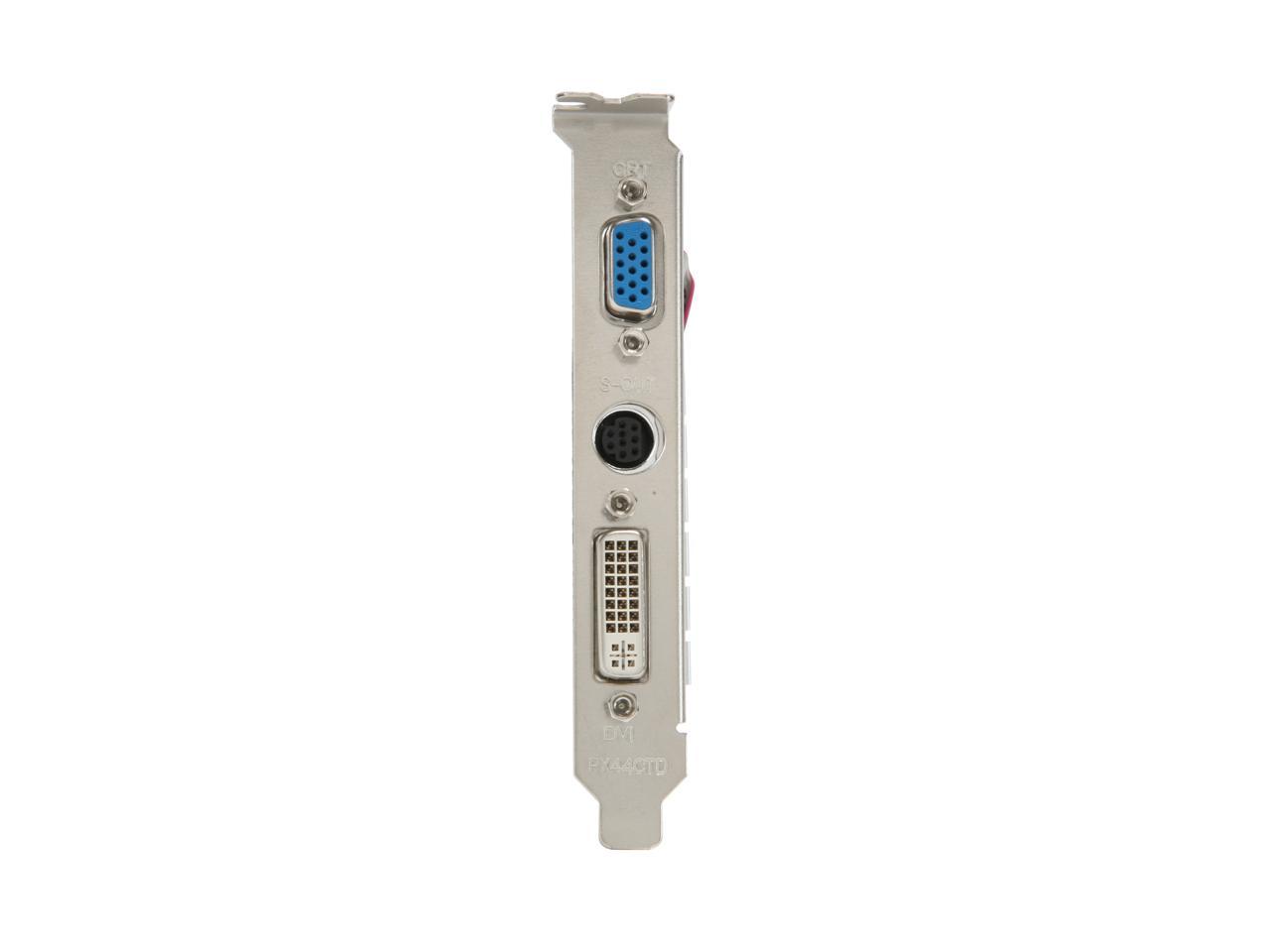 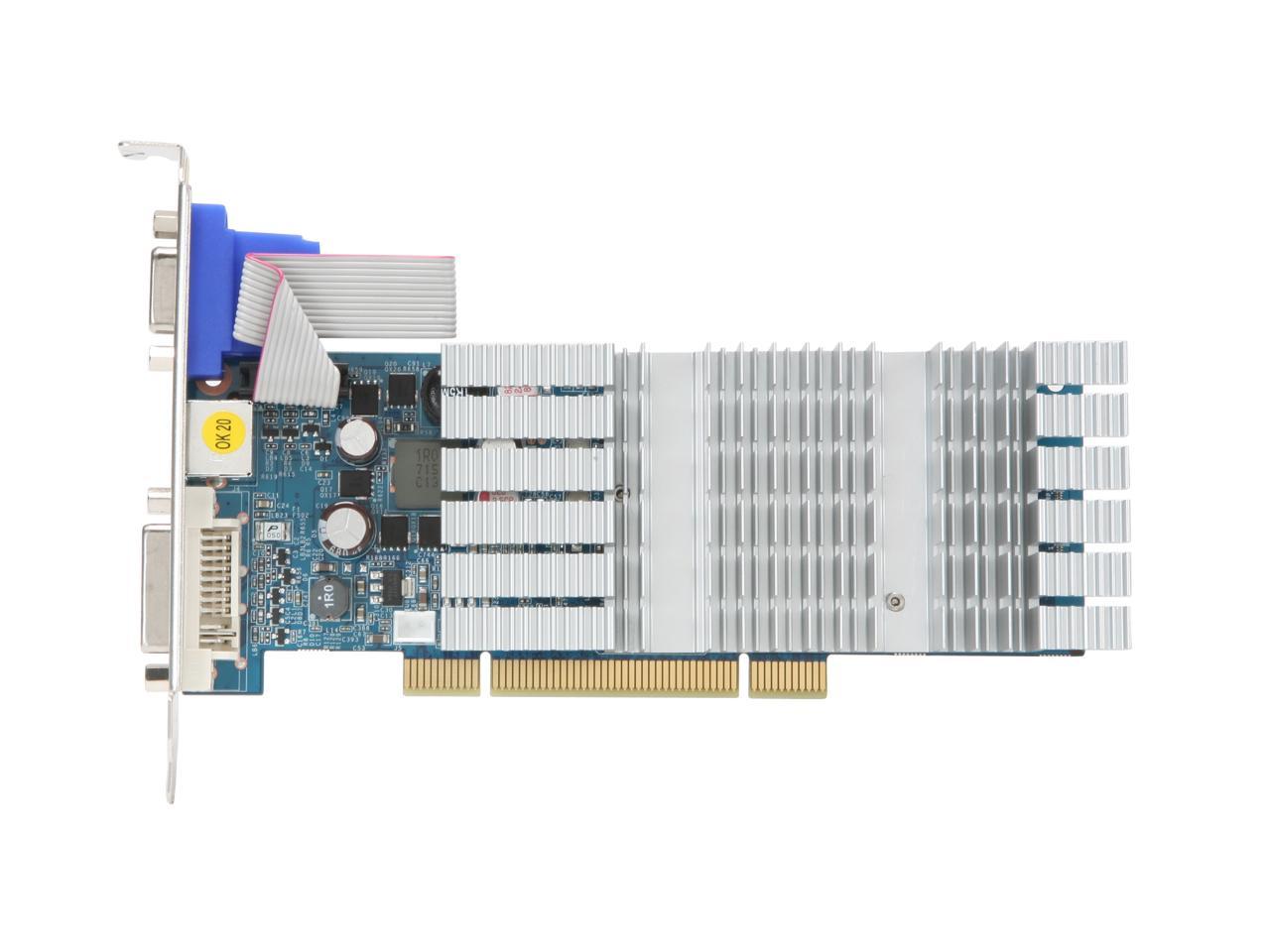 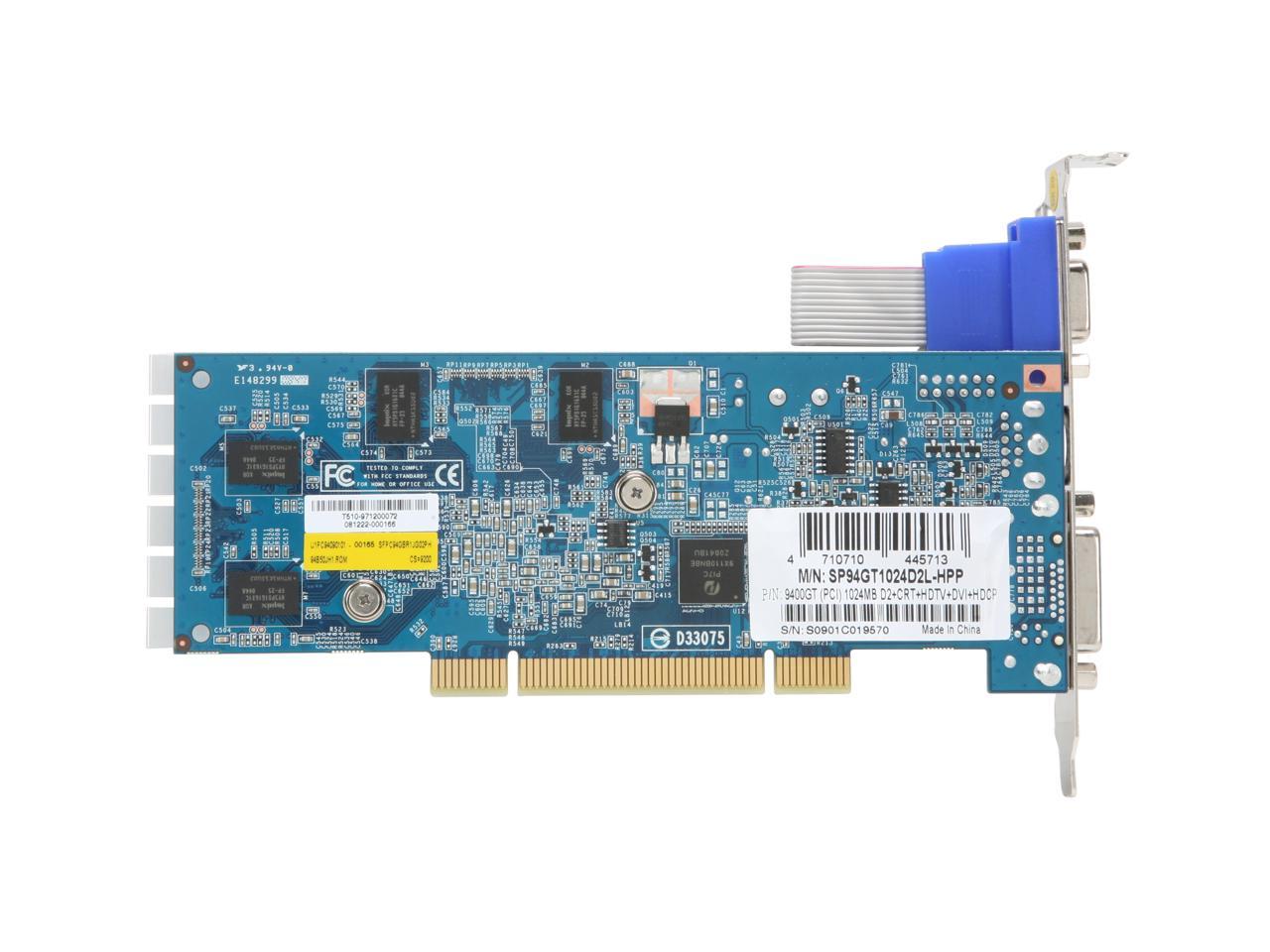 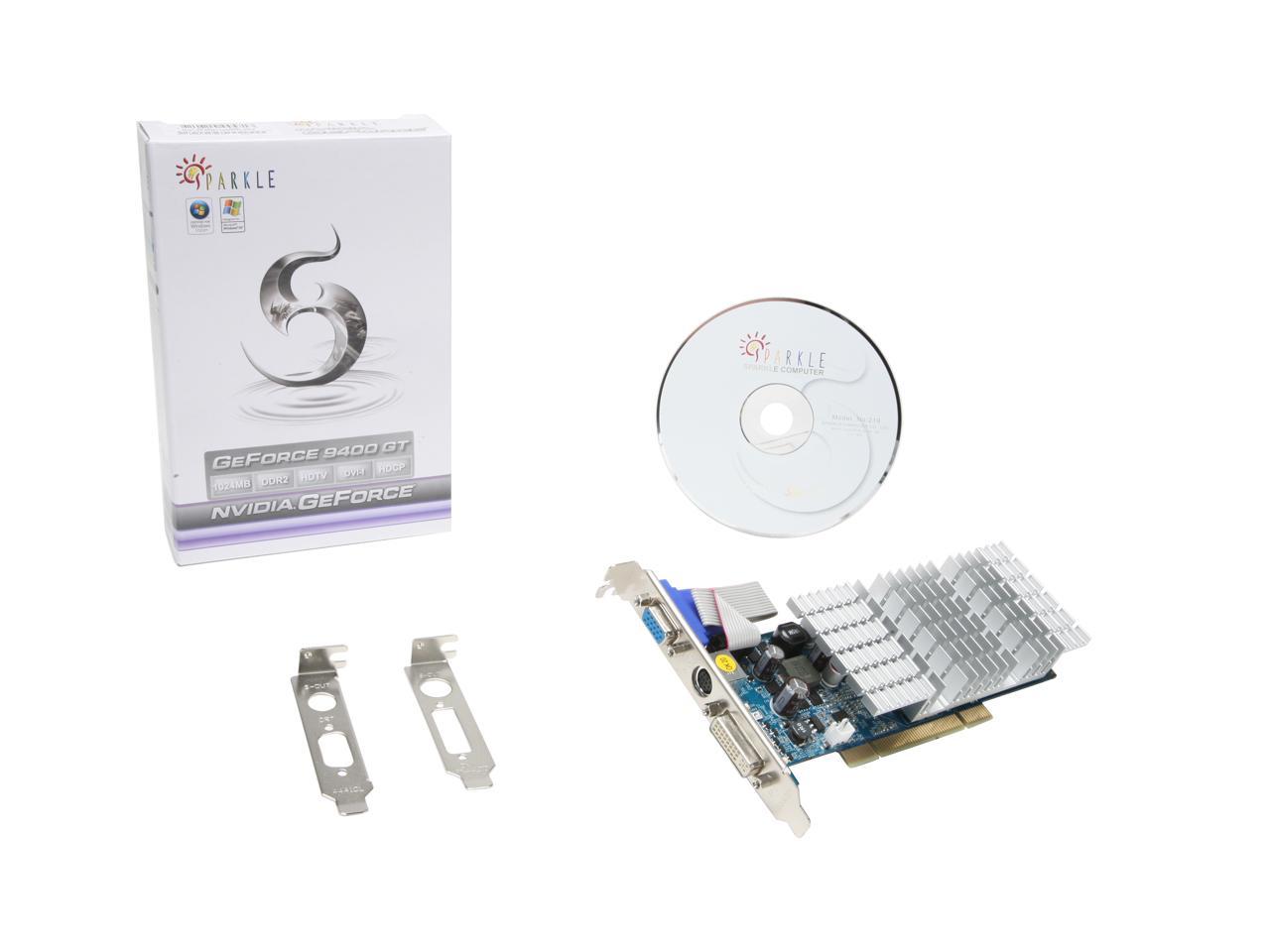 (28) Write a Review
OUT OF STOCK.
LOADING...
Specs
Reviews

Pros: For an aging PC with only standard PCI slots, this was a good cheap way to get modern day graphics capability for gaming. My rig is old but has been heavily upgraded. I had a GeForce 5500 FX that did an okay job but newer games (low end games) were unplayable. I still can't play high end games but that's more due to not having a multi-core CPU. Worth it to squeeze a few more years out of an old PC if you do any modest gaming. Because it is PCI standard, it doesn't require a high-end power supply. I'm still using my 550 Watt PSU

Cons: The room the computer is in is warm, and the computer stays on most of the time. I do both gaming and web design/graphics work. Because of this I wasn't crazy about the heat sink but hasn't been a problem. I did buy a GPU fan however. I did have to remove a USB Expansion card because the heat sink plus GPU fan blocked all my remaining PCI slots. Like many here I had issues installing it. Multiple times the drivers didn't want to take. I finally had to uninstall everything and completely disable onboard. Started it in VGA mode and used drivers from GeForce website. I have had a few minor glitches that cause some games to fail sometimes (but not always). I can't be sure it's the card's fault but it didn't happen with my GeForce 5500 FX. A little annoying when it happens but still worth it considering that before, those games were unplayable. Still give it 4 eggs b/c let's face it, a 2003 model eMachine playing Killing Floor, Orange Box, and other games on Steam is still worth i

Overall Review: My computer is a 2003 model eMachine with Windows XP Home SP3. Over the years it has been modified. Prior to this card it had: 2.12 GHz single core AMD Athlon CPU 120 Gig internal WD hard drive. 250 Gig external WD hard drive. USB Expansion slot to add more USB ports (removed after this card was installed) GeForce 5500 FX (replaced) 2 GB of DDR1 RAM onboard sound 550 Watt power supply DVD/CD RW-ROM 3.5 Inch Floppy Drive (again the computer is OLD) To keep the new GeForce 9400 GT cool I also purchased the "EVERCOOL SB-RV Ever Lubricate Rocket V system cooler". It's reviews said it was cheap but so am I and I didn't want to spend a lot on cooling. I'm currently building a high-end gaming rig but I plan to keep this machine running as a 2nd system. It's still a good machine and this card added a few more years to it.

Pros: First of all let me start by saying im not a firm believer in upgrading computers when you can just buy a new one for about the same price. That being said i bought this for my old ladys hp pavilion because she loves her computer and she doesnt want to get rid of it. This is probably the best pci video card made. she had an onboard video card so i bought this one because she loves doing stuff dealing with media and playing sims 2. it works great for what she wants to do but since i have a gaming computer sims 2 is all thats been played on it so i cant really tell you anything but it runs that game great.

Cons: lets see.... the card was used when i got it the driver disk was all scratched up the card was physically bent but thats either new eggs fault or the manufacturers fault not really a fault of the card. IT HAS NO FAN has a huge heat sink so i actually had to remove the modem from the computer but we dont use it anyways do not buy if you have limited room to work with because it covers up the pci slot next to it

Overall Review: i like how good the card works but the reason i gave it a 4 is because it is so HUGE and because of the physical condition i got it in and because it doesnt have a fan

Cons: Didn't get model in the picture

Overall Review: I didn't get the model advertised...which worked out great. I ended up getting the card with a built in fan!!! Used this card to upgrade an old Dell P4 with a 300w PSU. Runs most games at medium to low specs!!!

Pros: I would say this is probably 1 of the best Video cards to choose from if your computer is ancient like the one i ordered this for. An old 2003 Dell Dimension with no PCI Express Ports just PCI. Very good performance!

Cons: May get a little hot i bought a PCI dual fan and put it underneath the heatsink of the Graphics card. Also the heatsink is rather large and may take up another slot space.

Overall Review: Playes Sims 3! big upgrade from Onboard Junky Graphics to 1GB ram'd Nvidea Card! BE AWARE download the driver for this card specificly from the Company's Site to get the latest driver for your PC. Hope this Helps!

Pros: cant really think of any

Cons: was terrible i had originally had a 20 doller 512 nvidia geo force 5500 that i would say my games could run twice the fps on not to mention the 2 hour download for the driver since the cd didnt work

Overall Review: if you feel like blowing 90 bucks be my guest

Pros: very easy to install, runs perfectly and now i can game for hours on end with a high end graphics card

Cons: takes several atempts for computer to recognize...dosnt take that much time and u have to put the screan cords and connect it to the new video card

Overall Review: it can run the highest graphics games....ex. Crysis

Cons: The graphics card get's hot, Around 70-80degrees. In The maximum data rate for PCI bus shows in newer games where there is a large frame drop in sudden mouse movements.

Pros: best card I could find to install on my friends old Dell Diminsions 3000...it had a 300watt power supply but no new power supply was needed...if your dell had onboard graphics you must go into Device Manager and uninstall the onboard graphics drivers or they will over ride your pci video card...you also need to go into the BIOS and set the Video detect to PCI or Auto Detect instead of Onboard...you did not need a new power supply

Cons: very pricey for its performance but the only other option was buy an entire new rig