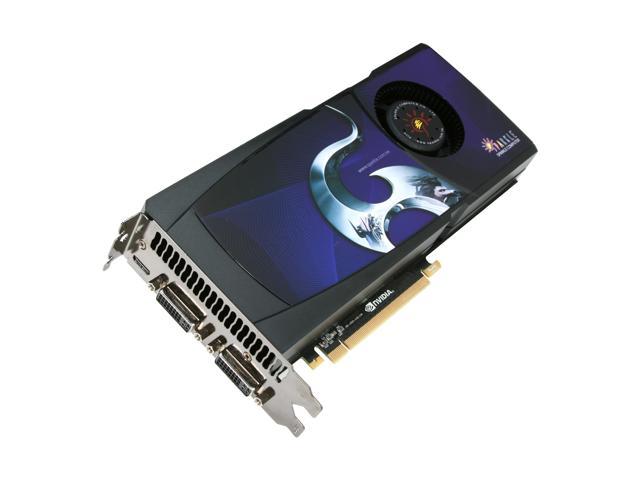 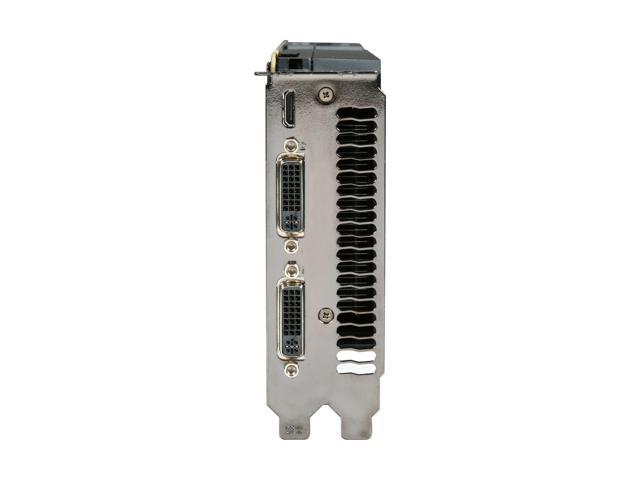 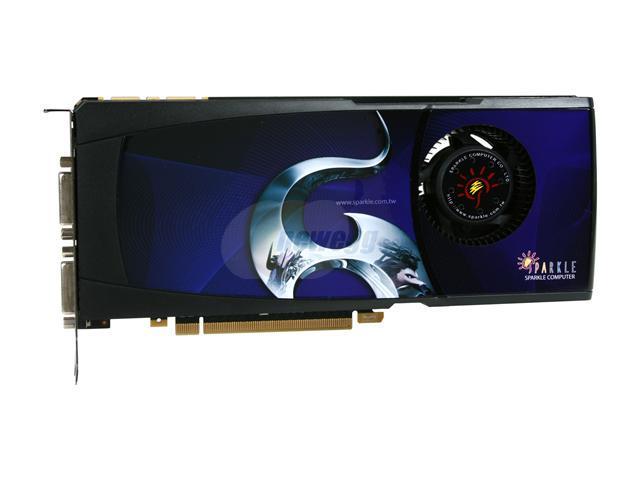 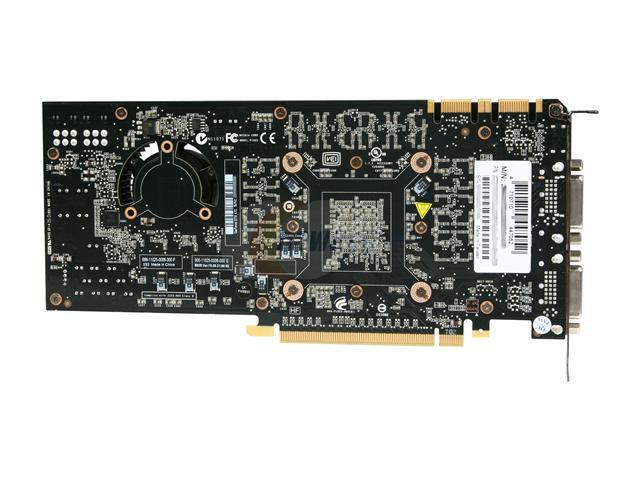 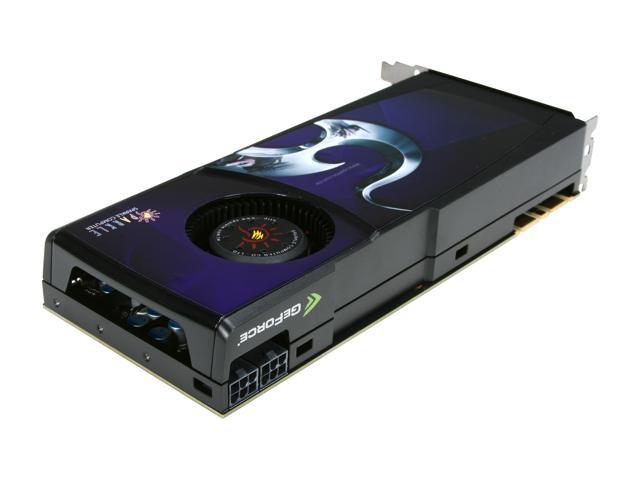 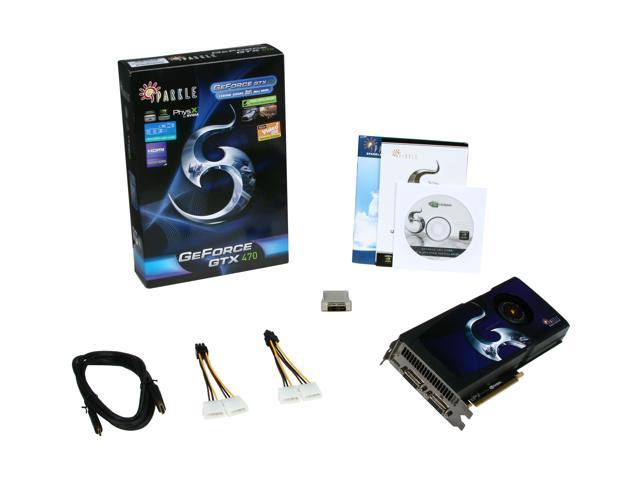 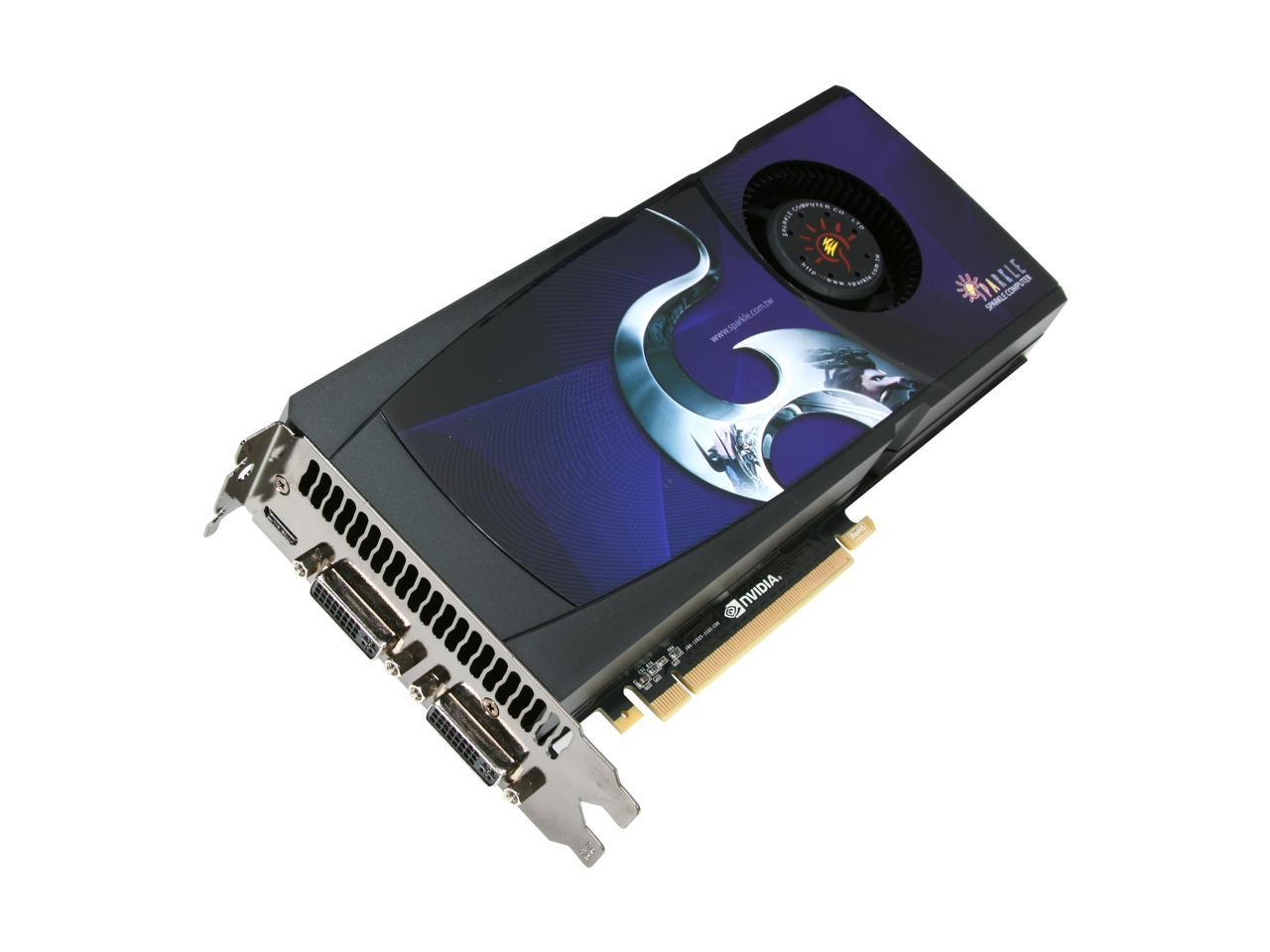 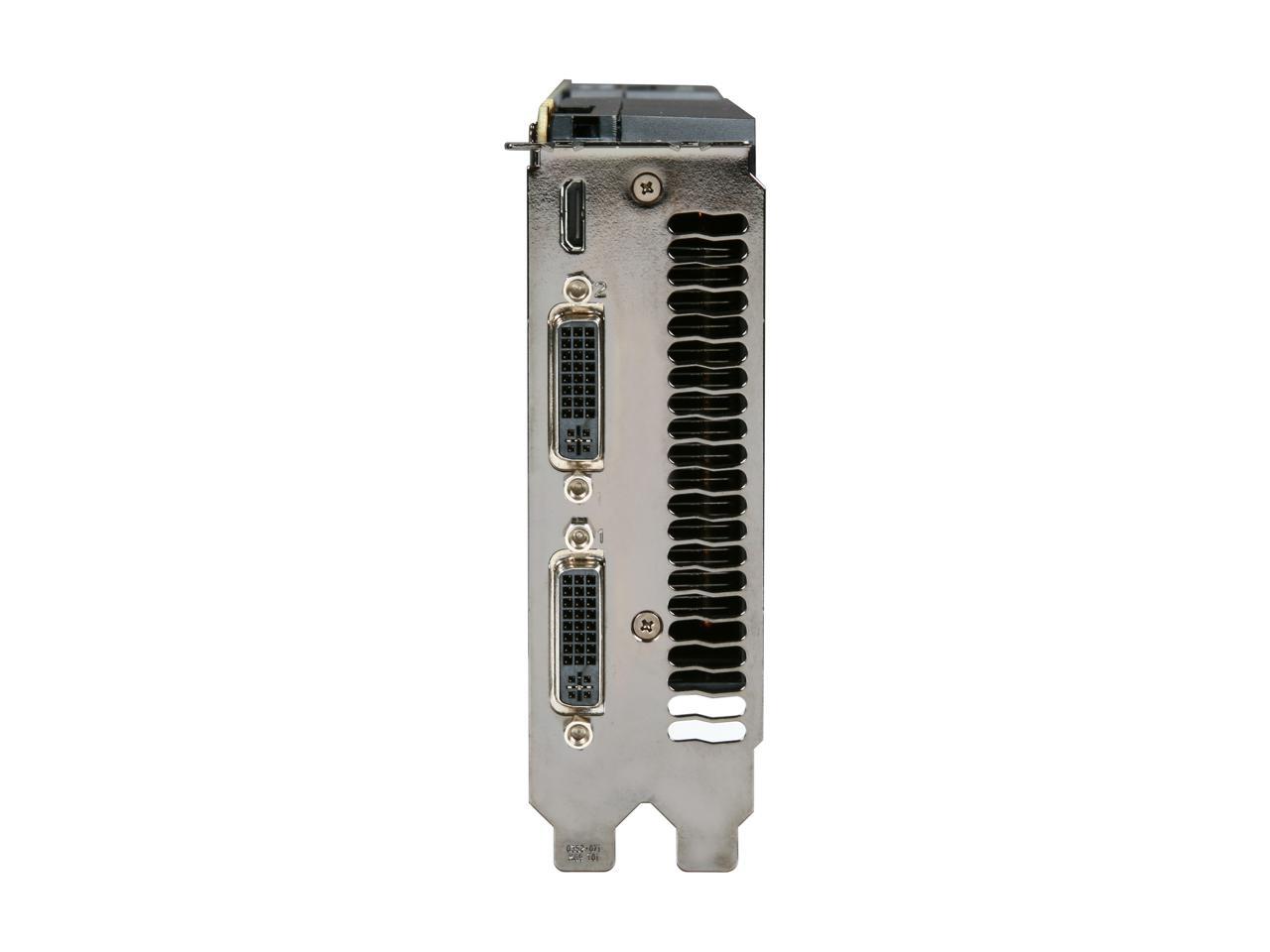 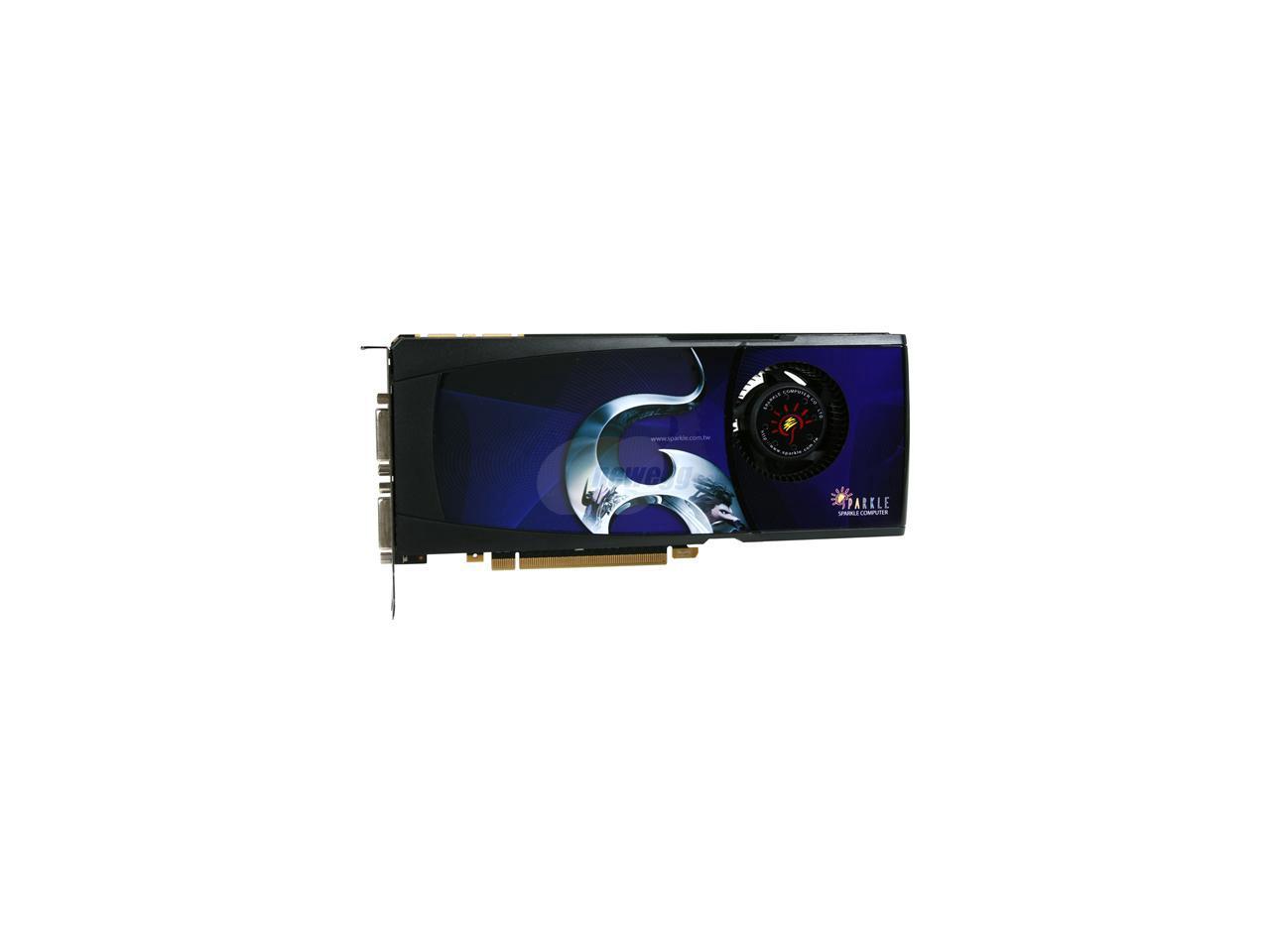 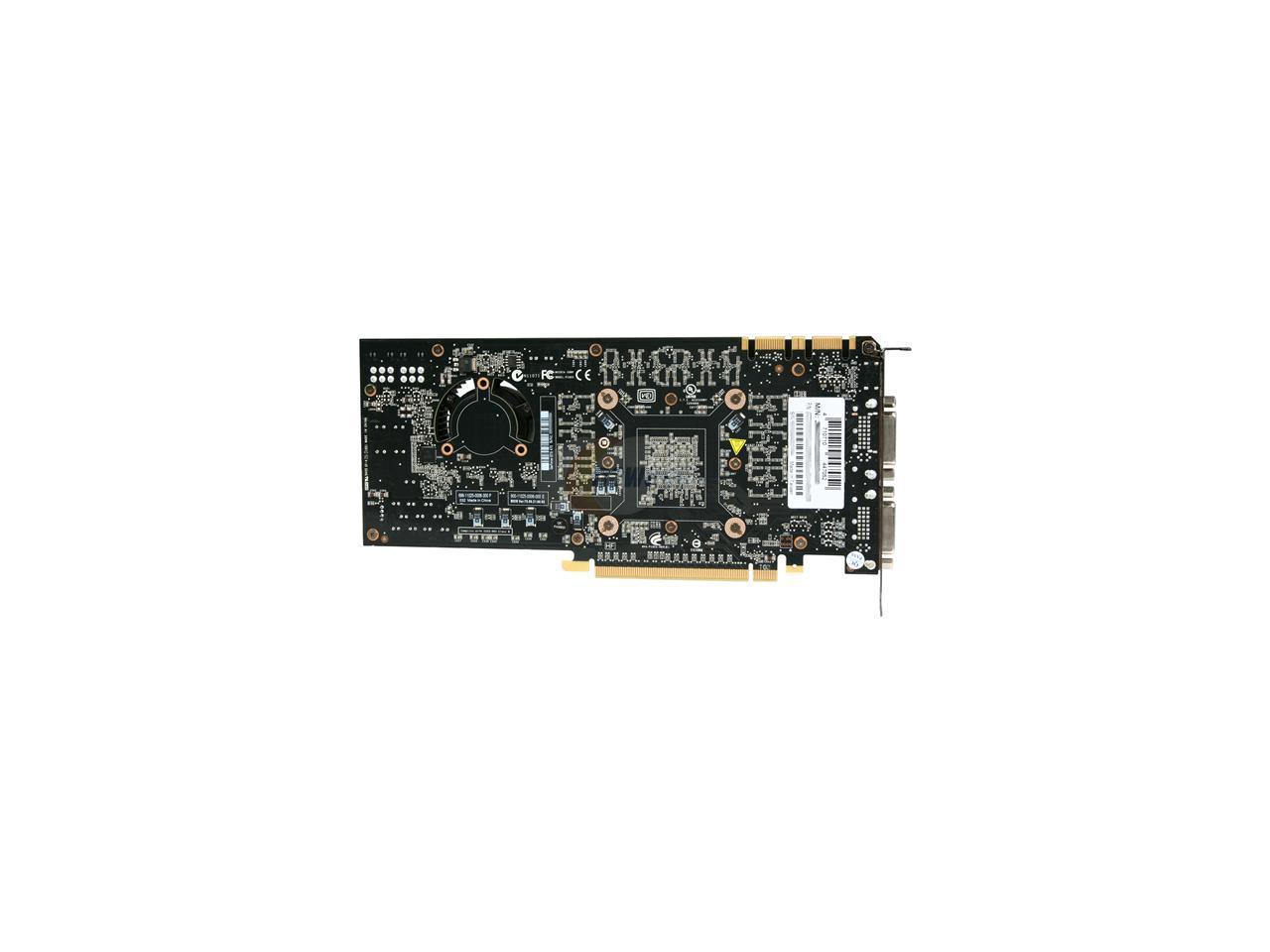 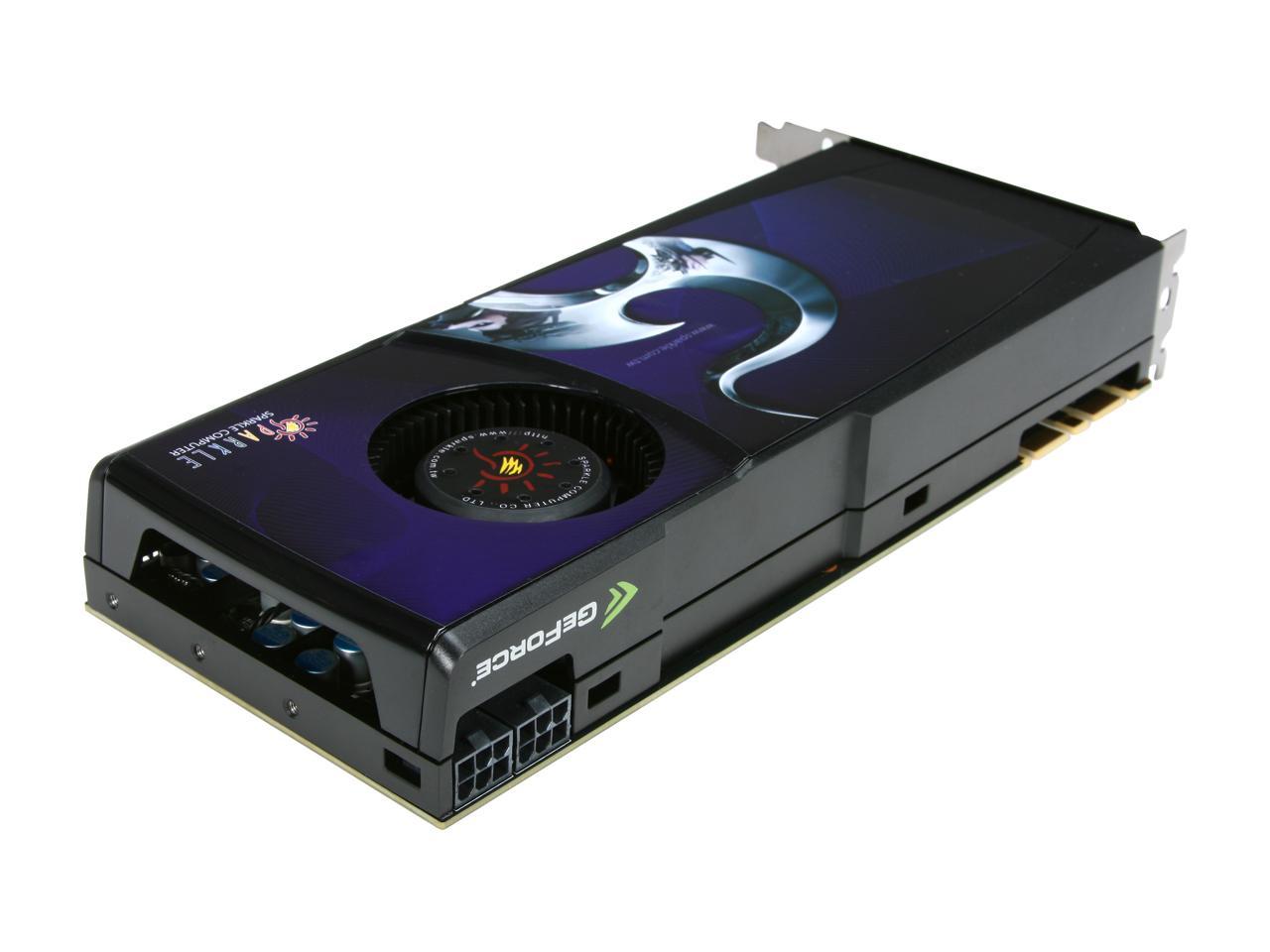 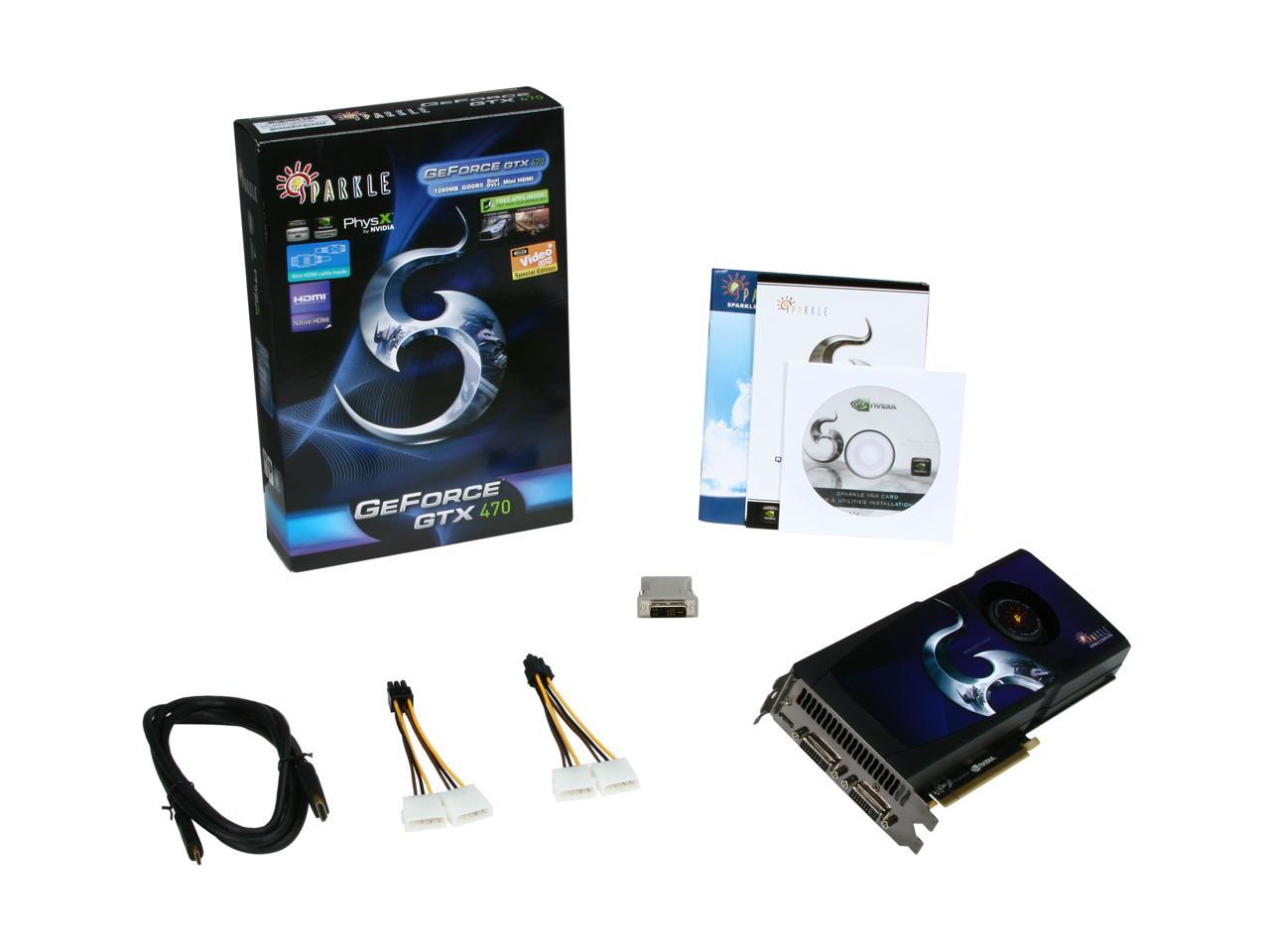 Pros: Well it performs on par with others in class so. Design on the cover is nice but you only see that during install. If you need a P/S it is a great deal with the combo. It is quieter than i expected,maybe louder than my 5770 but not as load as my 4870 or 4850. Went nvidia again to get 3dv and im very happy with card performance and 3d.

Overall Review: Going to sli this system and mabye go for the 3d surround that sounds nice, on a 73 mitsi right now

Pros: see other review. no real pros. 3 eggs just because i got a 480 as a replacement for broken 470

Overall Review: they have since sent me a replacement gtx480 for the broken gtx470 which i was very happy to receive until i looked at it the pci bracket was bent all up and the power connector is chipped in a place that makes power cable loose. i dont care about these problems the replacement works and if it fails im not dealing with these people again ill just cut my loses and get something else. took me 60 days to get replacement since the wrong address fiasco.

Cons: Not as pictured at all. Heat pipes feel solid, but the entire plastic fan assembly is flimsy and exposed.

Overall Review: I skipped reading the reviews this time..., and probably will stick with another brand in the future. However, it does perform as well as others.

Pros: this is my second 470...it stays just as cool as my first witch is a msi twin frozer....it is not the same card as u see. it has heat pipes and some other stuff.

Pros: - Attractive; look at the tubing and the heatsink cover! The best-looking component in my setup. - Fast; This card does almost everything you want it to do. I say "almost," since in Nvidia's Supersled program, the physics are a little wonky. (physics calculation is moving the objects at a minimum of 10 fps in a 28 fps environment) That said, no eggs subtracted since the program is gpu only, and the performance is the worst I can expect. - Cool and quiet; no overheating or noise issues here.

Overall Review: If you're hesitant about buying this card because it's a Sparkle and not EVGA or something, the only thing I can say is to stop being an idiot! You're looking at a quality video card here. I'm very pleased and impressed by it.

Pros: Nicely priced, lifetime warranty with registration, custom-board design does seem to make it a bit cooler and quieter than most GTX 470 cards. No problems with it at all (and in fact it fixed a number of problems that my old card was apparently starting to develop). Runs everything I've thrown at it like a champ. Highest observed temperature was 78C after running the Unigine DX11 benchmark on extreme for about an hour.

Overall Review: As another reviewer mentioned the card you're seeing on Newegg (generic 470 reference design) isn't what the card actually looks like. The actual card has half a dozen heat pipes (like most 480s sport) and a rather larger fan. Check the Sparkle web page or google for the madshrimps review to see it.

Pros: when it worked it was great.

Cons: After 14 months of using the card it started dying. Boot ups resulted in picture distortion and lock ups with this card in my system. Upon receiving rma sent out card for replacement they received it and shipped a remanufactured GTX580 as a replacement. Other Thoughts: dont count on getting equipment replaced by these guys if the product fails.

Overall Review: The GTX580 states it only has a 90 day warranty so I guess I lost the other year and half still left on the GTX470 warranty. The GTX580 has developed problems after 2 months and I had to disable it today. The GTX580 came with on manual, no driver or any thing else

Pros: Good price , the card received was the version on the sparkle website and different from the image newegg gave (prettier design).

Cons: Arrived in a damaged box which folded the metal holder. Once straightened, it fit in the box. Installed good but after using it, there was artefact problem, black screen problems while in game which causes rebootings of the computer or returns on the desktop. These last time (about 4 times later) lag is appearing in games (at the image level). Checked to see it if was comming from other components but even after changing them, the problem continued.

Overall Review: If the card would work correctly, i wouldn't regret buying it. When it works, it works fine, but after about 15 minutes it can just go to hell, closing the computer.

Manufacturer Response:
Dear Valued Customer, Thank you very much for purchasing the SXX4701280D5-NM. We at Sparkle Computer apologize for all the inconvenience and dissatisfied service. Please be noted that all our graphics cards have Lifetime warranty after registration and kindly contact our support team either via phone at 626-771-3633 or via email at tech@sparkle-usa.com so we may assist you faster and better with your issue. We are eager to assist you in any way, and looking forward to hear from you soon. Sincerely yours, Sparkle Support Team