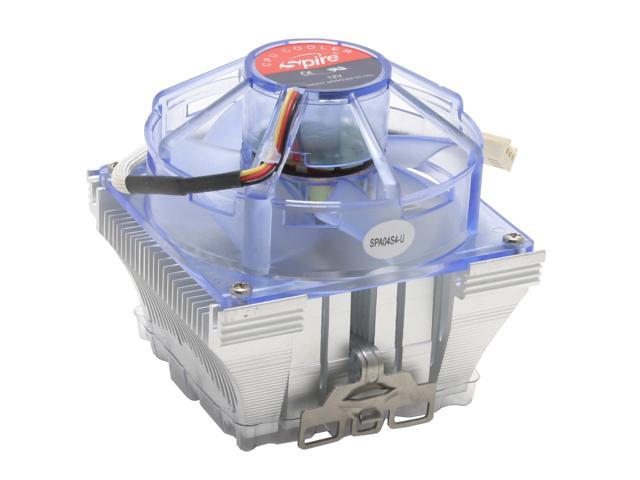 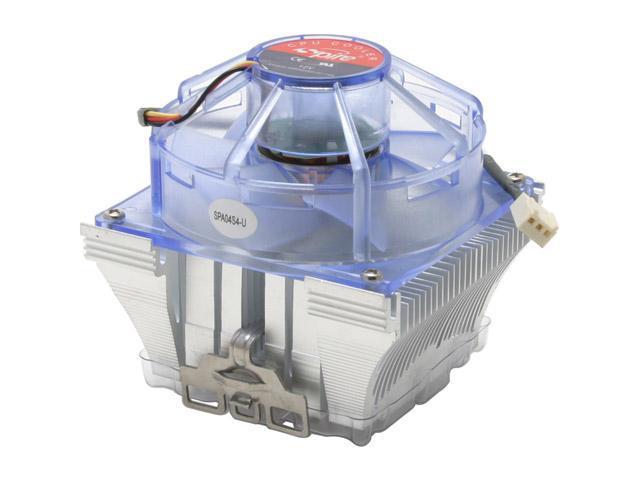 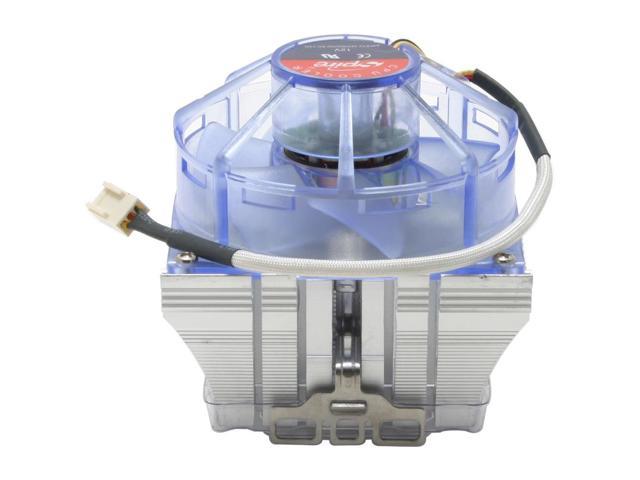 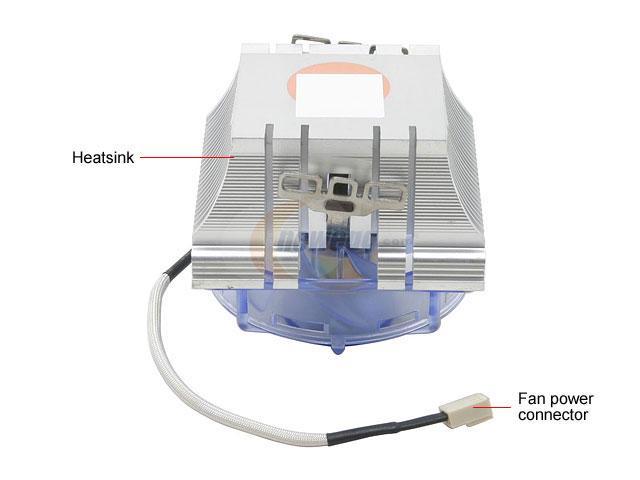 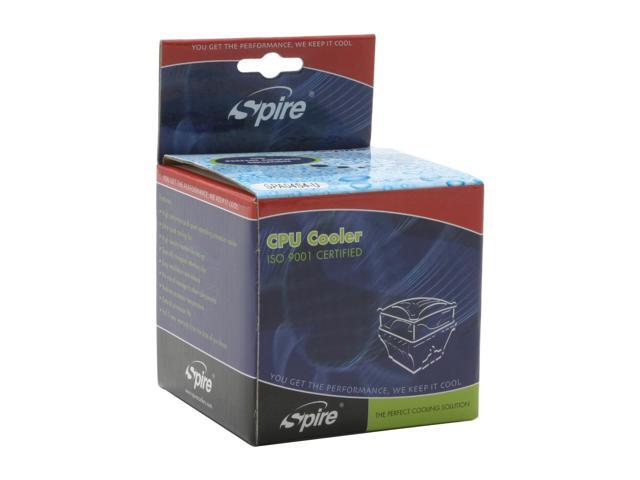 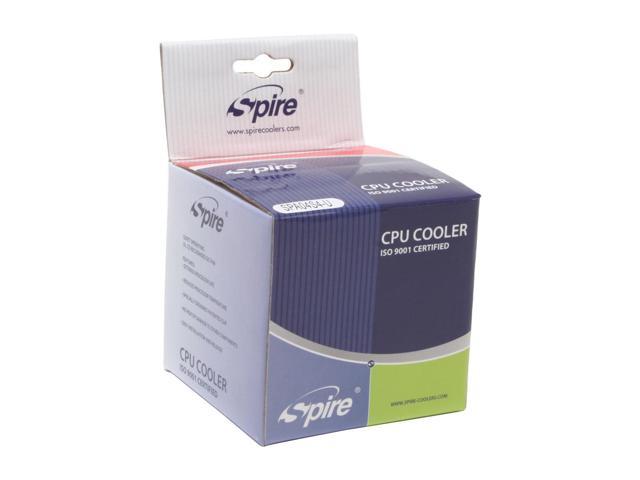 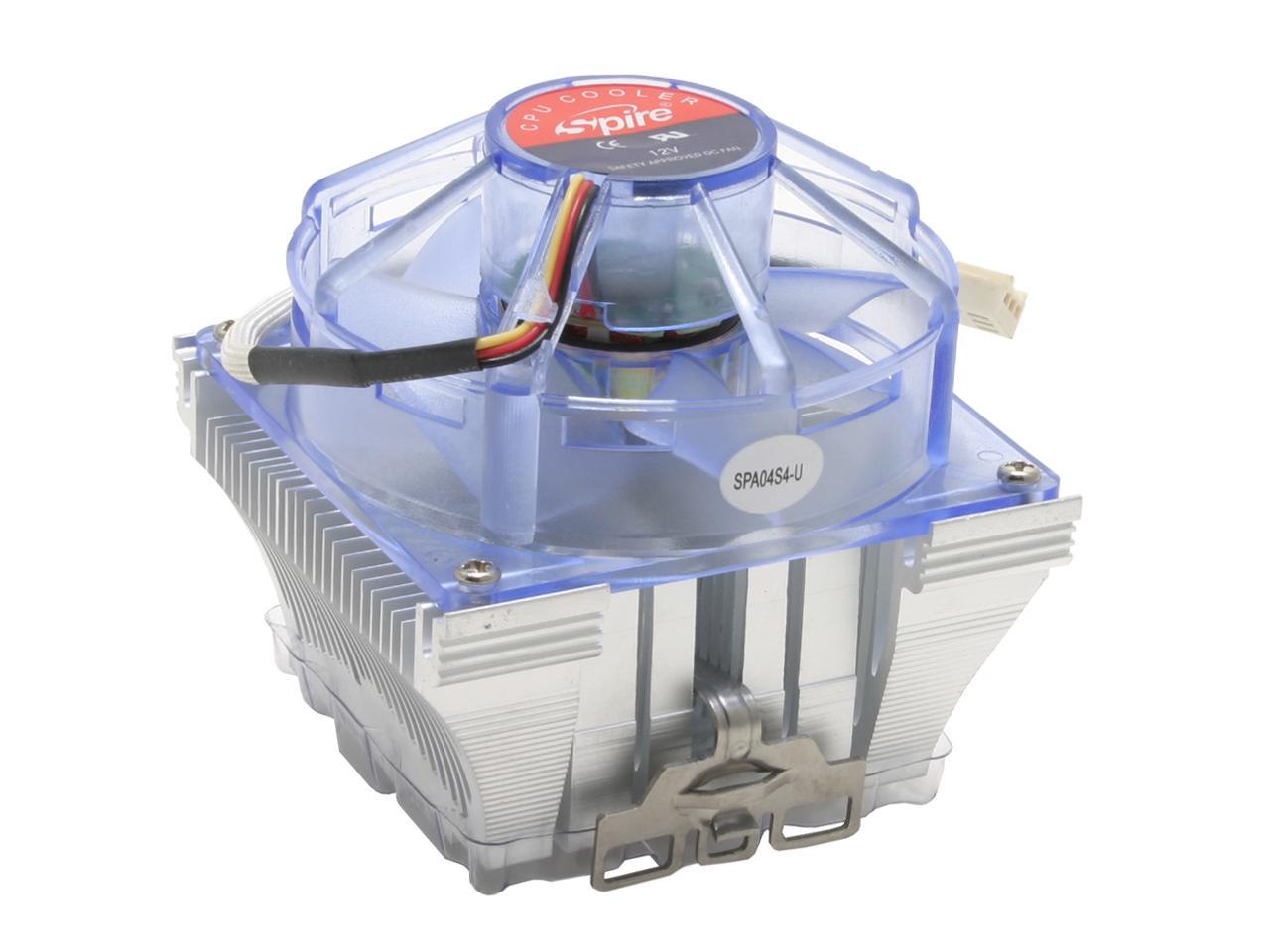 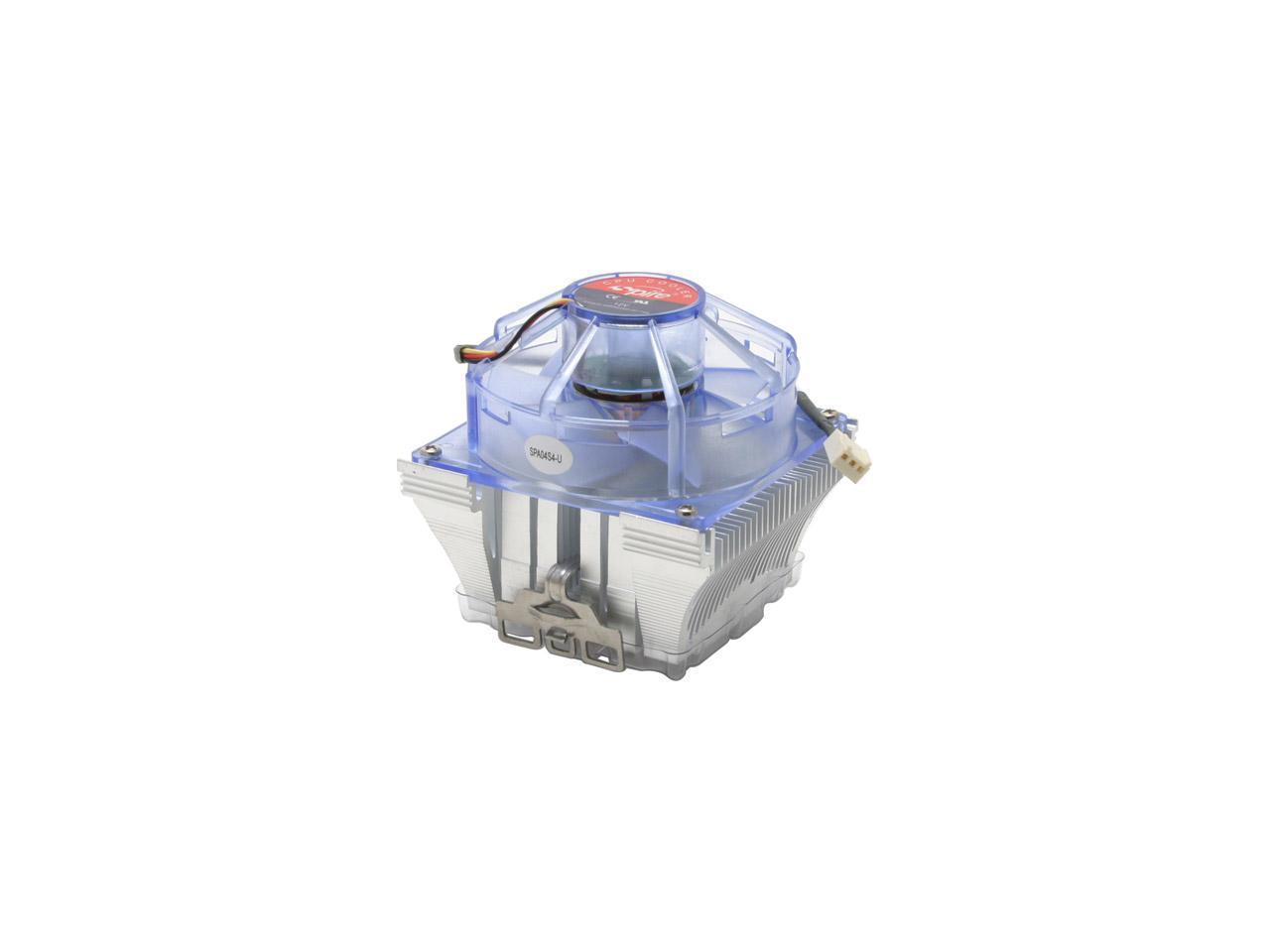 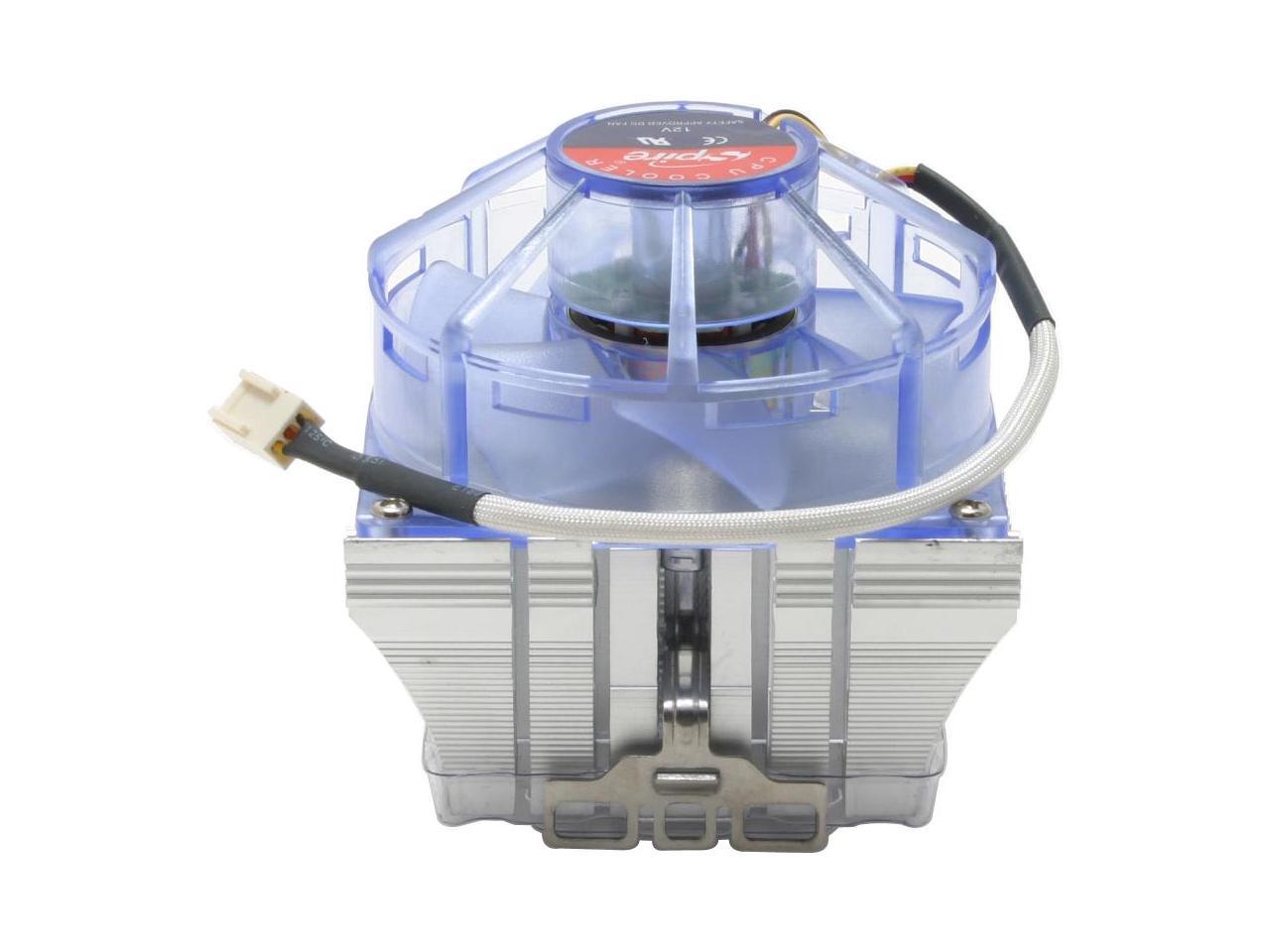 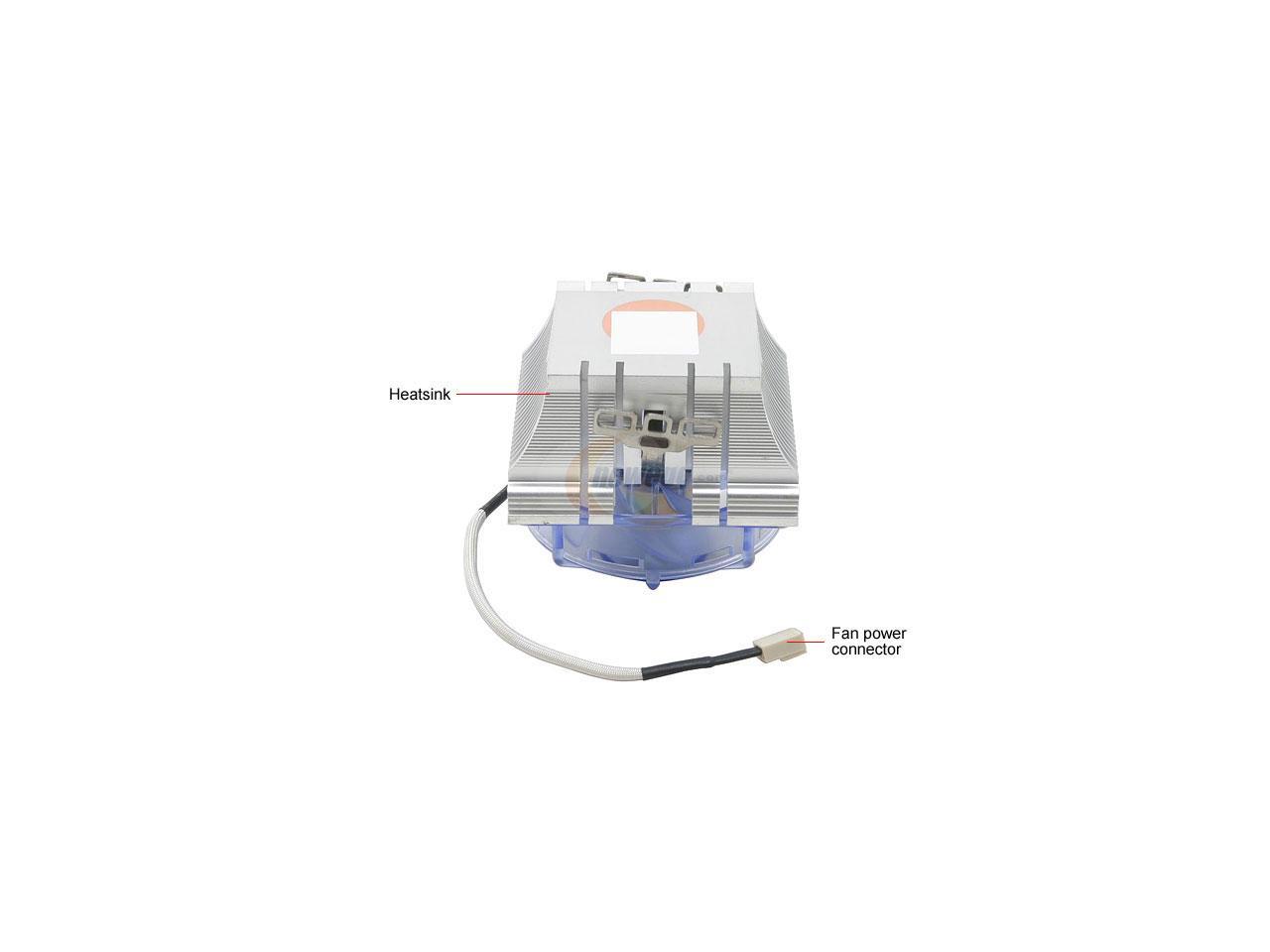 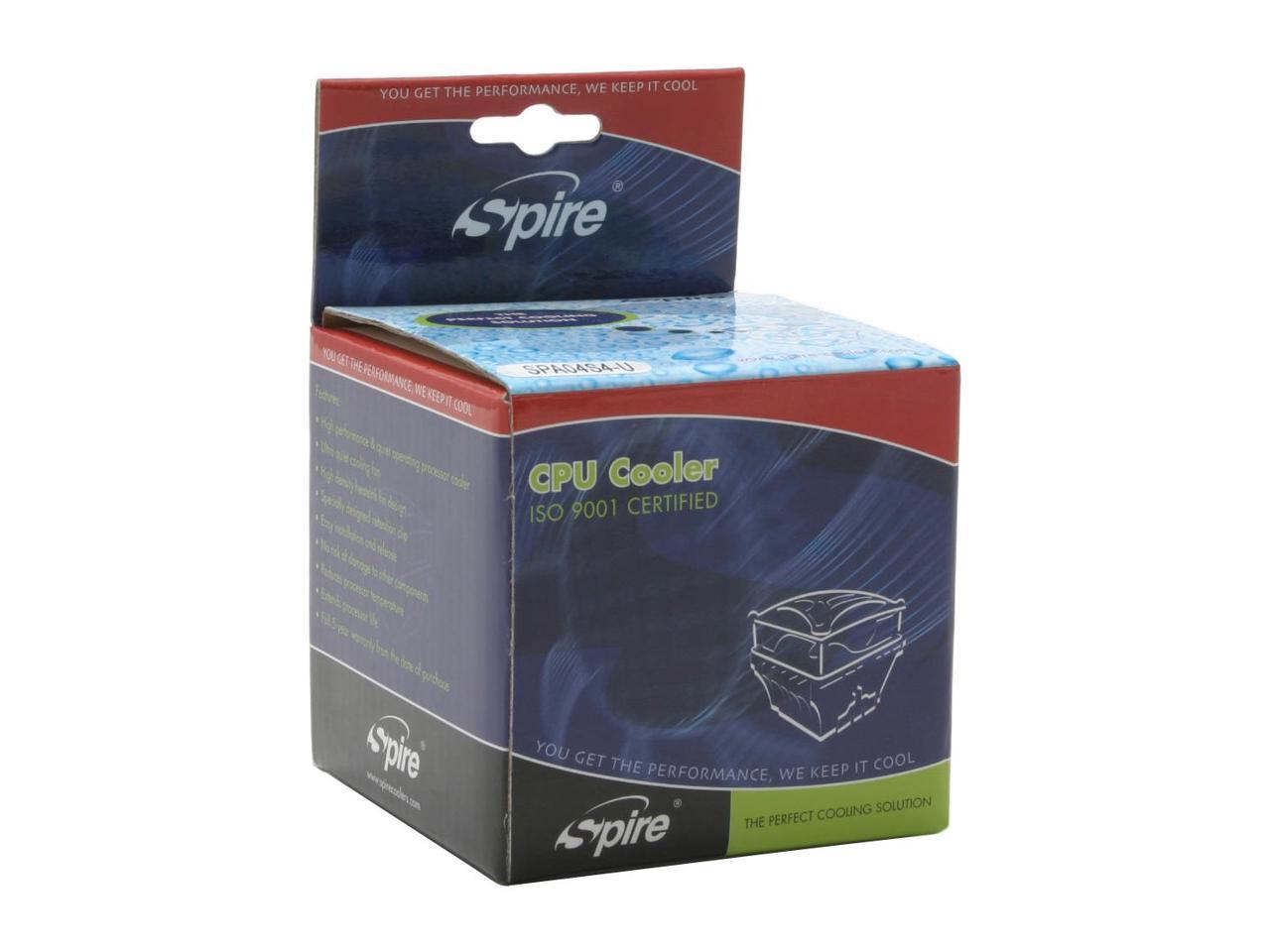 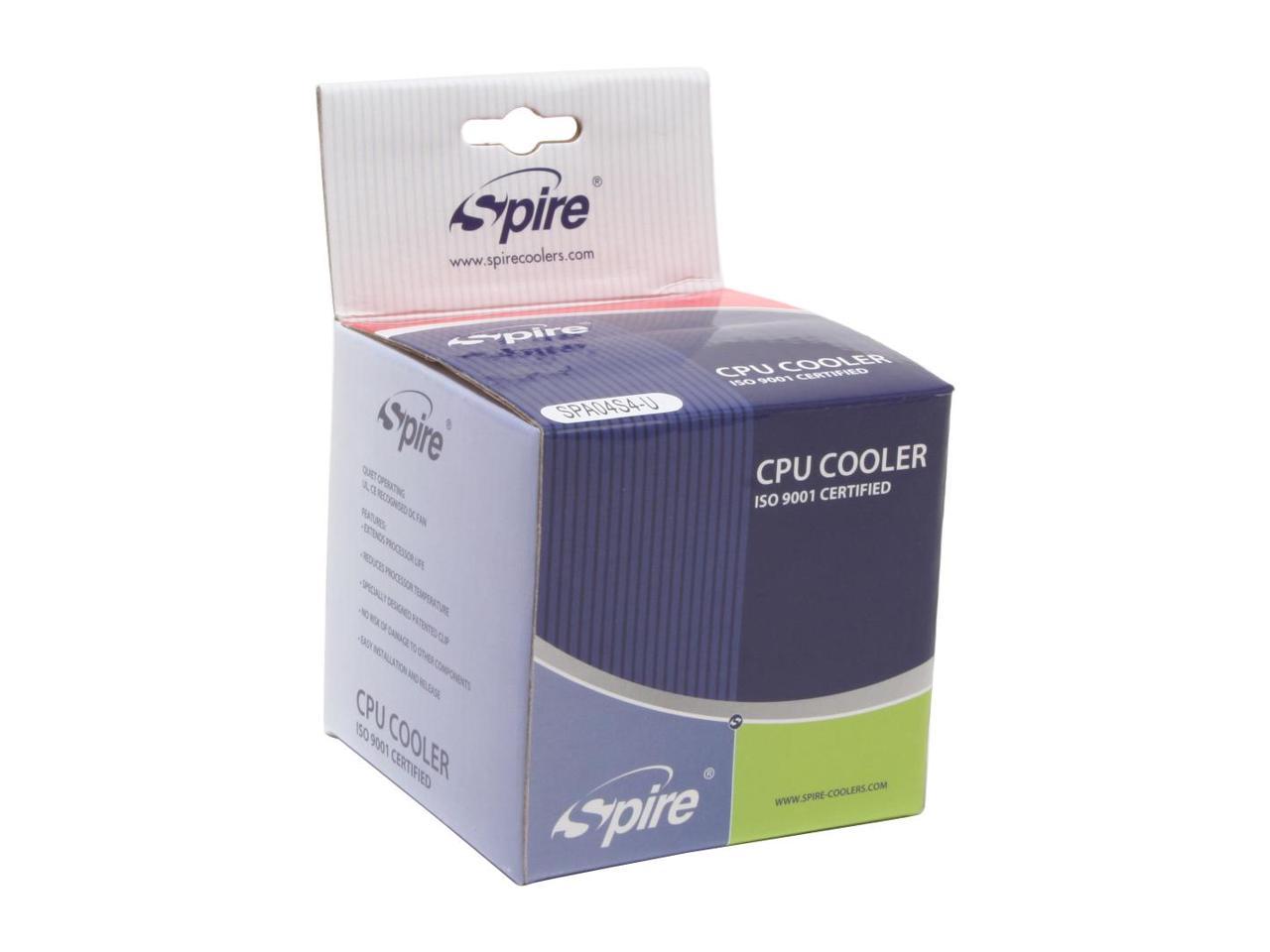 Learn more about the Spire SPA04S4-U

Pros: Very quiet affordable cooler that does what I want it to. It works fine on my Athlon, does it quietly and I have had no issues with it.

Cons: Like many of these coolers this one has an undersized slot for a #2 screwdriver and has a good deal of tension so working with it causes me worry I might slip off and ram my motherboard.

Overall Review: So pleased with the first one I came here for another. I checked feedback and found a mixed bag. When these work they work very good but when their bad, their awful. I am buying another and hoping!

Pros: Works great. Keeps the processor nice and cool. Its noticably quieter than the previous stock fan I had on my 1 Ghz pentium 3.

Cons: not silent, but very quiet.

Overall Review: keeps my processor happily cool. Mine had thermal paste pre-applied. So I just used that rather than use up more artic silver.

Pros: The heatsink itself, not bad. The fan on it, I'll remark on that in the cons section. But the heatsink with a Thermaltake smartfan running at 2800rpm, keep my XP-M under 40°c full load at 2300MHz, and its still quiet. I recomend Mr Bad cooler turn the heatsink so the notch on the bottom coresponds with the raised portion of the CPU socket.

Cons: Fan made maybe 3 rotations before dying, resulting in having to swap another fan on. Yeah, I could have RMA'd it, but the ship cost back would have come close to the price of the heatsink.

Overall Review: It was a toss up between this and an artic cooler, I chose this because of the fan and mounting problems with the artic cooling. The spire does mount easily enough, but the fan is of no better quality. I purchased this to get away from a screaming Volcano12. It keeps it just as cool without the noise.

Pros: Running this on a Athlon XP2400+. A fairly quiet HSF, but not as well as its immediate predecessor predecessor (a used Arctic Copper Silent 2L whose fan died after just over a year). Somewhat prettier than most in its price range. It is also one of the prettiest.

Cons: It would have been nicer if 1) the blue plastic top was illuminated and 2) There was some kind of fan speed control. But for the price I cannot complain.

Overall Review: "Good enough". Installation was a little bit fiddly, but once it was in, I was able to forget about it.

Cons: This fan is TERRIBLE! It makes a high-pitched whine that drives me absolutley crazy. I now have to turn off the computer the second I am done with it so the sound does not drive everyone in my house nuts!

Overall Review: I am going to buy a new fan and take this one out to my backyard with a baseball bat after uninstalling it. Maybe I can get some relief from the agonizing ringing in my ears once the bat makes solid contact with this little monster.

Overall Review: NEW EGG did a good job with the RMA but it cost more to do than the item cost.

Pros: It's so quiet that i can actually notice how loud my power supply fan is...(^^)

Cons: it doesn't make a diffrence from my old hetsink, sempron 2500 stays at 65 C