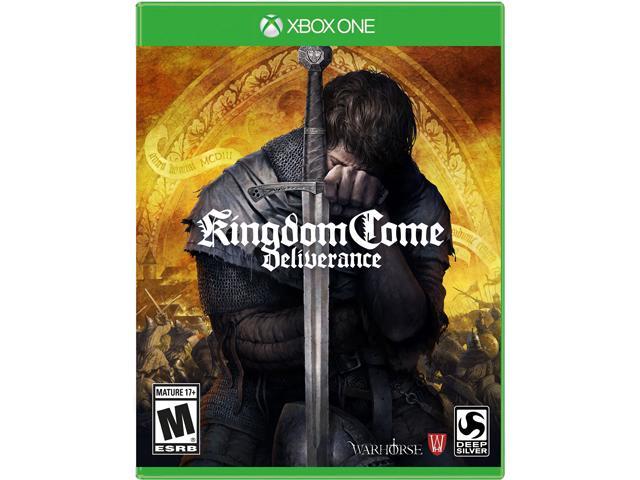 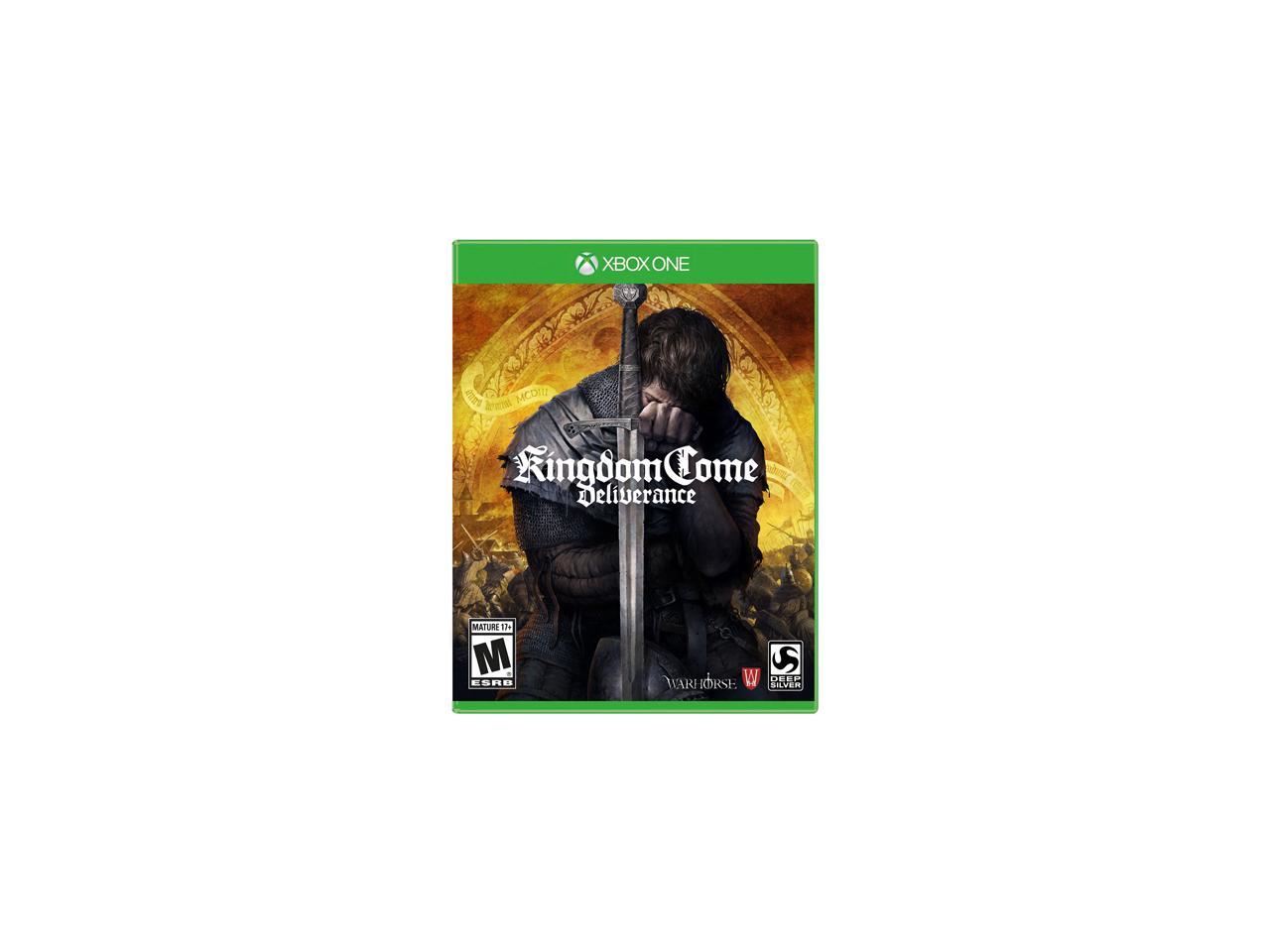 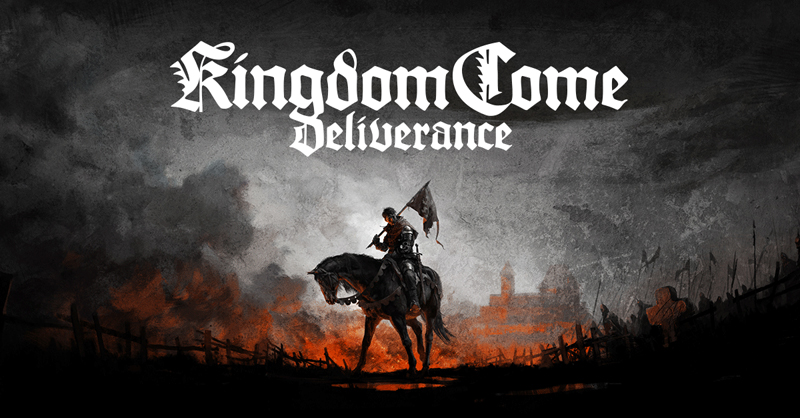 Kingdom Come: Deliverance is a story-driven open-world RPG that immerses you in an epic adventure in the Holy Roman Empire.

Bohemia – located in the heart of Europe, the region is rich in culture, silver, and sprawling castles. The death of its beloved ruler, Emperor Charles IV, has plunged the kingdom into dark times: war, corruption, and discord are tearing this jewel of the Holy Roman Empire apart.

One of Charles' sons, Wenceslas, has inherited the crown. Unlike his father, Wenceslas is a naive, self-indulgent, unambitious monarch. His half-brother and King of Hungary, Sigismund the Red Fox, senses weakness in Wenceslas. Feigning good will, Sigismund travels to Bohemia and kidnaps his half-brother. With no king on the throne, Sigismund is now free to plunder Bohemia and seize its riches.

In the midst of this chaos, you're Henry, the son of a blacksmith. Your peaceful life is shattered when a mercenary raid, ordered by King Sigismund himself, burns your village to the ground. By bittersweet fortune, you are one of the sole survivors of this massacre.

Without a home, family, or future you end up in the service of Lord Radzig Kobyla, who is forming a resistance against the invasion. Fate drags you into this bloody conflict and shoves you into a raging civil war, where you help fight for the future of Bohemia.

Redeem your past and emerge a hero!

The year is 1403, the region Bohemia, located in the heart of Europe, rich in culture, silver and sprawling castles. The game is based on a true story – a story of kings, heirs, a kingdom, castle sieges and bloody battles.

The King is dead and his eldest son Wenceslas IV becomes the new King of Bohemia.

Wenceslas’s enraged half-brother Sigismund imprisons Wenceslas and invades the country with his mighty army. Unfortunately, in the midst of this chaos, your character Henry suffers. The mercenary army destroys your home and kills your family, you are the sole survivor of the bloodbath and it is here that your road to redemption starts. Enjoy the detailed reconstruction of the 15th century landscape. Use weapons that were used by knights. Take part in epic historical battles that happened in Middle Europe and in castle sieges! 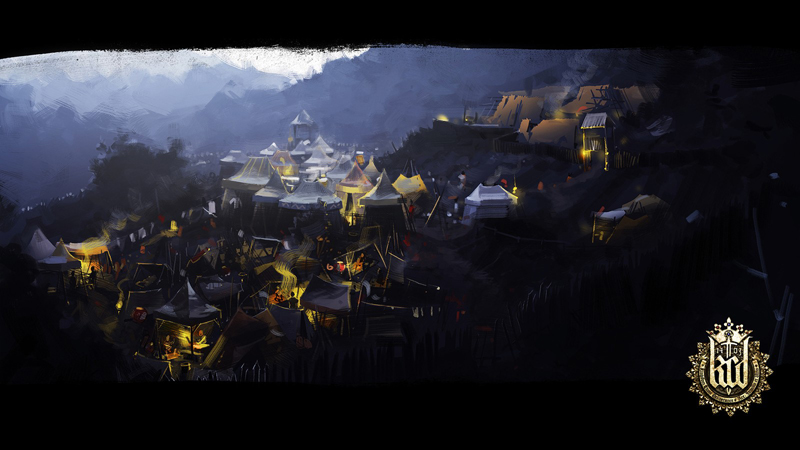 Start your adventure as the humble son of a blacksmith, who alone has survived the wrath of the mercenary army that mercilessly destroyed your home and murdered your family. With your life turned upside down, you swear to avenge your family.

Prepare yourself for an epic journey through the reconstructed historical landscape of medieval Bohemia.

At your disposal is a diverse world full of endless options: use your reputation and charisma to investigate crimes and influence the inhabitants of the region to guide you on your quests. Overcome obstacles in multiple ways, either with diplomatic skills or with brute force. Use various weapons, craft supplies, take part in historical battles, participate in castle sieges or master sword-fighting. The path that awaits you is full of tough decisions, dirty quests, unexpected storyline twists, bloody conflicts and much more!

Try and redeem your failures and emerge a hero! 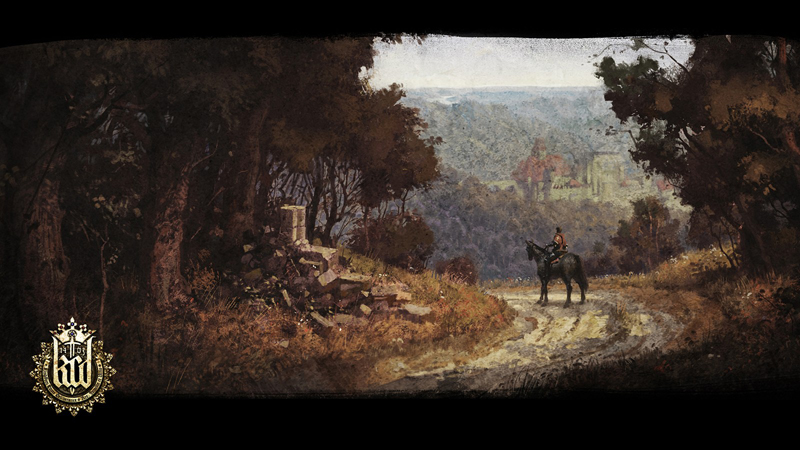 Welcome to the living world of Kingdom Come: Deliverance, a world that dynamically responds to your actions. Whatever you do can affect the reality of the world. Everything within the game organically reacts to your deeds. NPCs will report your crimes to the authorities, crimes committed will affect economics and NPC behavior.

Your reputation is essential: your behavior will attract individual inhabitants. If you are merciless, dangerous characters will take your side. Making allies isn’t easy, you must focus on the conversations you have with other characters, choose the right answers and maintain good relationships.

Kingdom Come: Deliverance has a deep, believable, realistic story and an exceptional level of graphic detail with a dynamic AI system, a functional day and night cycle and varying weather patterns that bring the world of the 15th century to life!

Your actions and reputation will spread by word of mouth: it is very important to watch what you do and say. 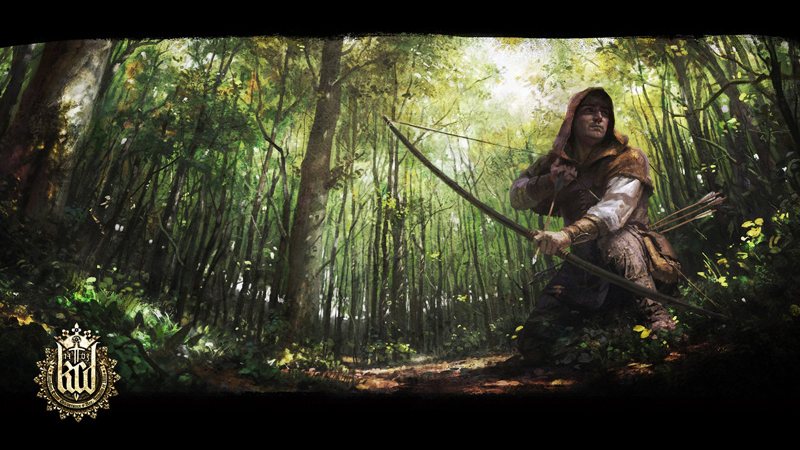 Experience our unique combat system which is new and exclusive to the gaming market. We present real historical European sword-fighting. We have been working with experienced swordfighters, who helped us with the animations in our MoCap Studio. Together we have decoded the medieval sword-fighting techniques that can be mastered in-game.

You need time to understand and learn the patterns; you can’t rush into battle and win so easily! You can specialize in different fighting styles and choose various weapons: swords, axes, maces and many more! Before entering fights, don’t forget to armor yourself with the proper kit. 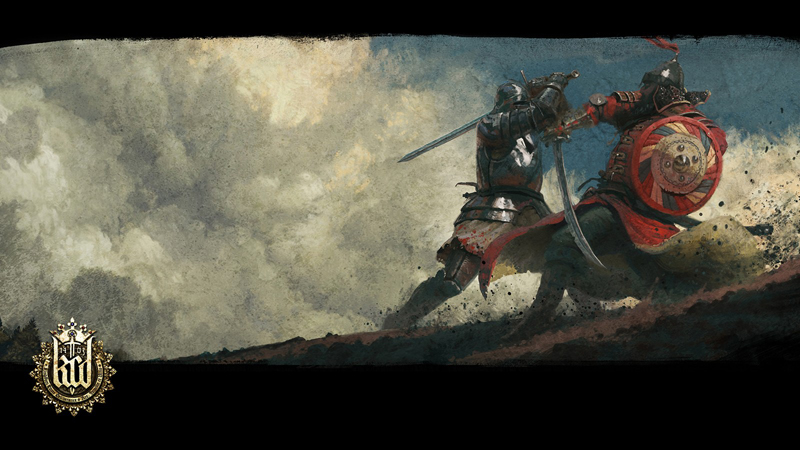 To power the game, we use CryEngine, a powerful toolset which runs on all major gaming platforms. CryEngine affords us unparalleled macro and micro details, HD textures on all objects and a functional day/night cycle.

We have also built an unique game design software, SKALD, which is used by our game designers and writers. Through this software the communication and production of Kingdom Come: Deliverance is easier and more progressive! 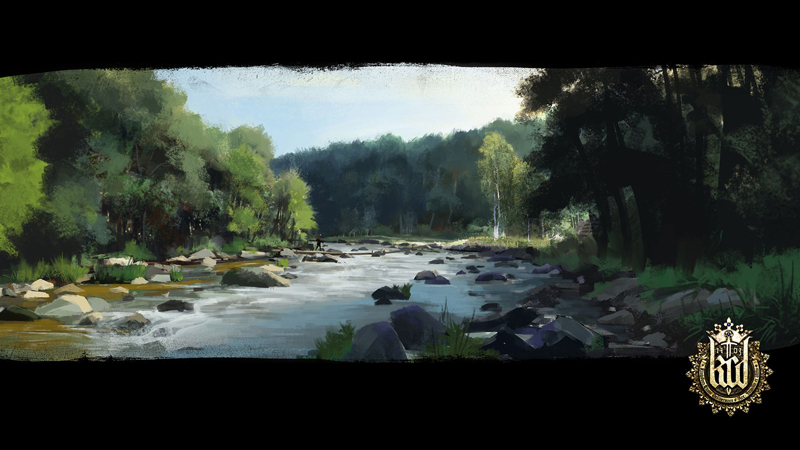 Enter an open world RPG where we give you freedom of choice.

You play as Henry, a blacksmith’s son, and enter into the service of a noble who assigns you engaging tasks and quests. How you choose to shape your character depends entirely on you. You can be violent, use weapons or use your charisma and avoid conflict. Keep in mind, whatever you choose to do, that you will face the consequences, as there are multiple ways to solve the quests.

Enjoy the huge, reconstructed map of medieval south Bohemia: enter villages, engage in interactions with NPCs and participate in castle sieges and large, historically accurate battles! Beware of deep forests, as you can actually get lost in them!

Choose how you want to be known: you can be merciful, pardon someone or surrender in battle, or you can be feared and threaten other inhabitants. No matter what you do, the world will give you an appropriate, reasonable response to your actions! 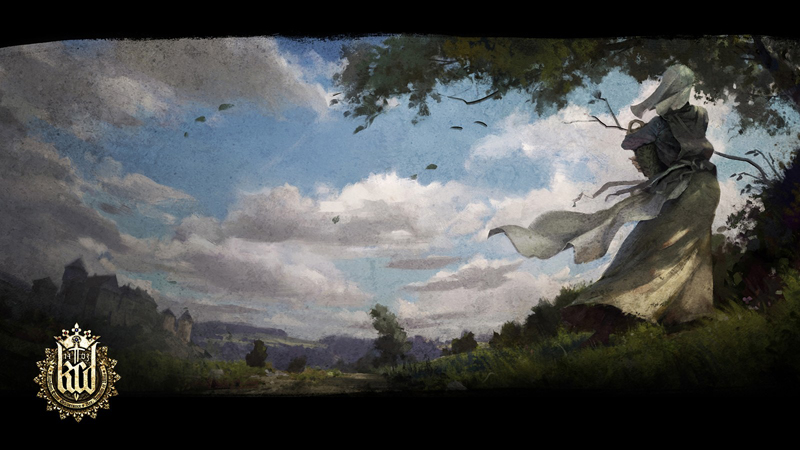 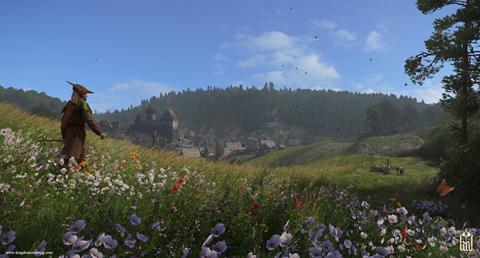 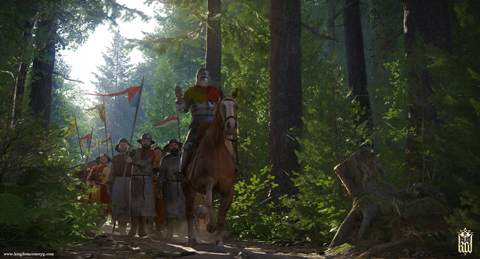 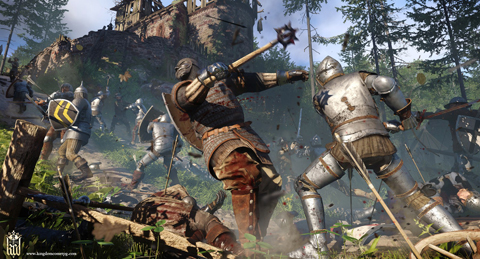 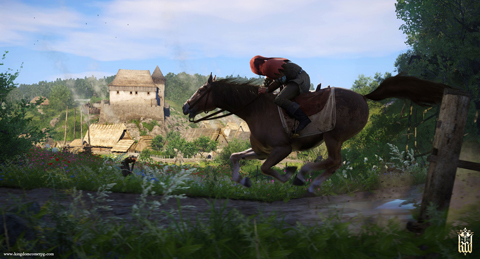 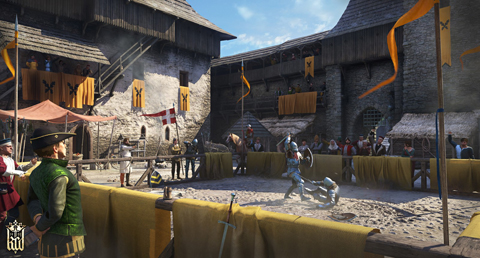 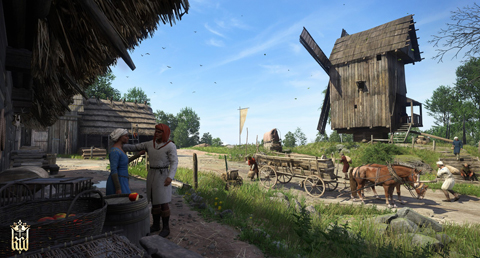 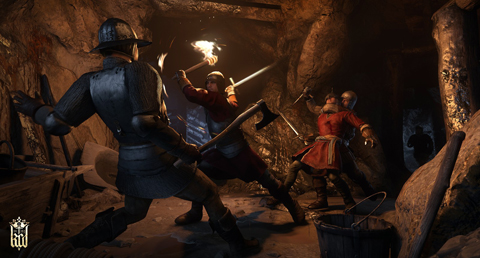 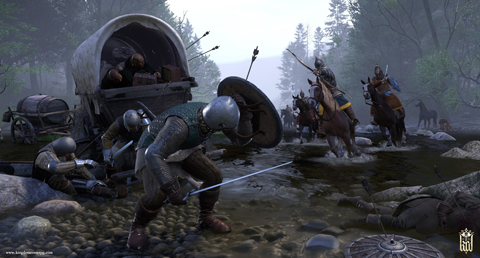 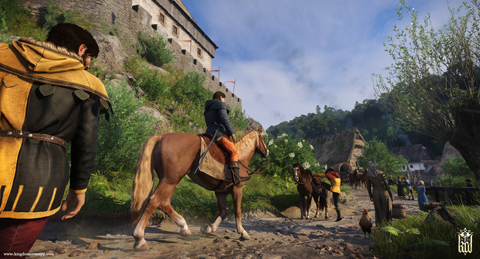 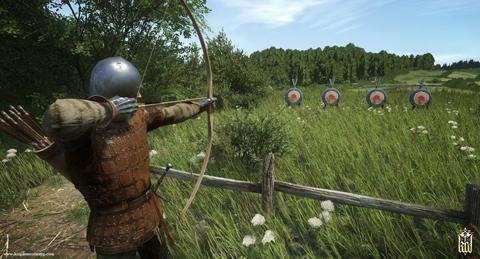