Purchases from these Sellers are generally covered under our Newegg Marketplace Guarantee.
8,012 Ratings (87% Positive)
Sold and shipped by: BeachAudioContact Seller
Ships from United States.
8,012 Ratings (87% Positive)
On-Time
Delivery
85.70%
Product
Accuracy
92.27%
Customer Service
Satisfactory
86.81%
View All Seller's Reviews
This item is currently out of stock and it may or may not be restocked.
Out of Stock
Add To Wish List 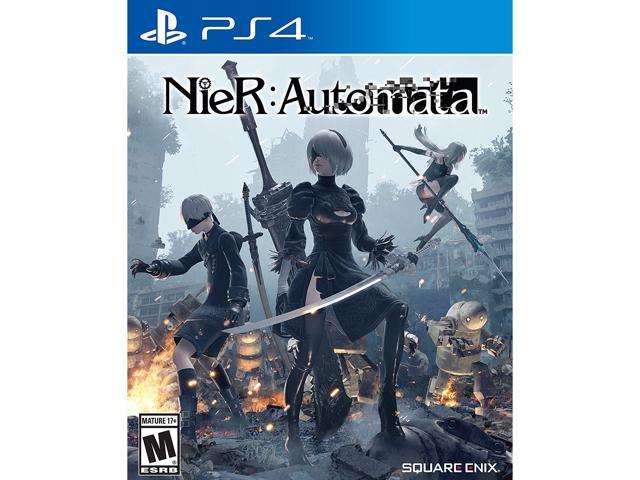 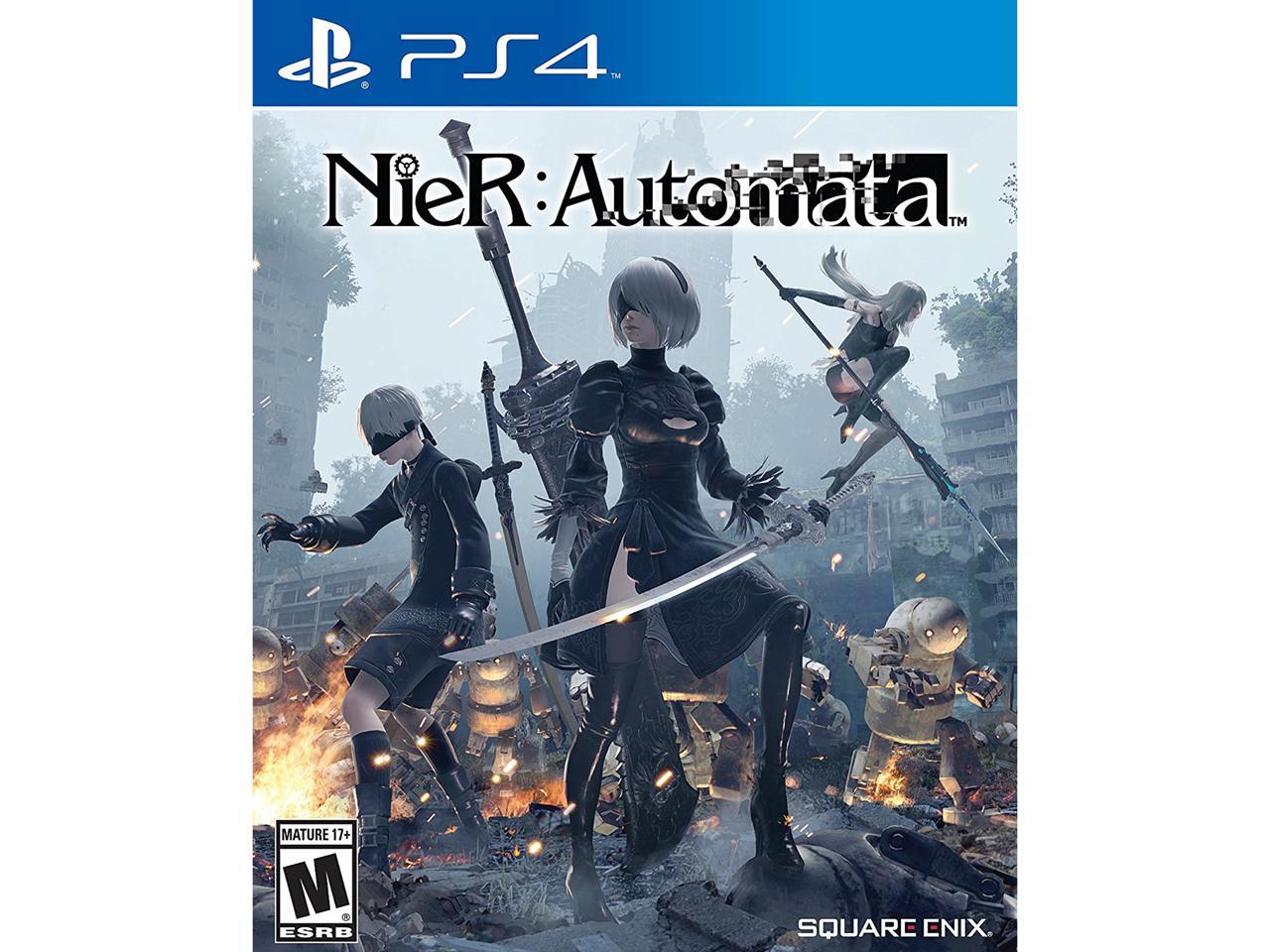 (2) Write a Review
OUT OF STOCK.
Ships from United States.
Most customers receive within 2-8 days.
Overview
Specs
Reviews Invaders from another world attack without warning, unleashing a new type of threat: weapons known as “machine lifeforms.” In the face of this insurmountable threat, mankind is driven from Earth and takes refuge on the Moon.

The Council of Humanity organizes a resistance of android soldiers in an effort to take back their planet. To break the deadlock, the Resistance deploys a new unit of android infantry: YoRHa .

In the forsaken wasteland below, the war between the machines and the androids rages on. A war that is soon to unveil the long-forgotten truth of this world...

Players will switch between using melee and ranged attacks in battle against hordes of enemies and challenging bosses across a variety of open field maps. The tight controls and incredibly fluid combat are simple to learn for newcomers while offering plenty of depth for more experienced action gamers. Players can perform high-speed battle actions—combining light and heavy attacks—and switch through an arsenal of weaponry while evading enemies with speed and style. The game seamlessly joins together hauntingly beautiful vistas and locations with no area loading. The environments are rendered in 60fps and contain a wealth of sub-events in addition to the main storyline. NieR: Automata tells the story of androids 2B, 9S and A2 and their ferocious battle to reclaim a machine-driven dystopia overrun by powerful weapons known as machine lifeforms. Elements of an RPG

Players will obtain a variety of weapon types, level up in battle, learn new combat skills, and customize a loadout that caters to their play style. Pods can attack the enemy in both manual and lock-on modes. They can also assist outside of battle, such as allowing the player to glide through the air. Pods can be enhanced throughout the game, with upgrades including new attack methods and variations. Cons: The fact that somewhere someone missed this being half off on black Friday.

Pros: Simple combat mechanics and easy-mode offerings like auto-heal may make this a good game for people who don't often do action games. The soundtrack is excellent and fits among some "epic OST" greats. Combat is at its best when given top-down and scrolling gunfights, largely because the bad "RPG systems" of the game are not at work there.

Cons: Very disrespectful of the player's time. Enemy health bars are super long with not a lot of attack variety to throw at you, basically just to pad out fights. Most of the city (where the majority of the game takes place) is extremely visually uninteresting - going beyond poor graphics (It kind of looks like a PS3 game but I can't say I mind considering it was made on a low budget), most of the locales seem like copy-pasted buildings in a field of brown mush. Even the animals are brown and the protagonists black, making the visual palette wholly unappealing. Even Spec Ops: The Line, famous for being a dull military shooter, had more visual variety on offer. The writing is cringey and never gets better. The characters tend to be unlikeable and one-note; sometimes even poorly stereotyping behaviors of teenage girls. While the *tracks* in the soundtrack are great and absolutely worth an isolated listen, the *way the soundtrack is used* is terrible. Booming epic vocal chants play while you're doing little more than gathering up junk or backtracking through the same route to fulfill a fetch quest. Sometimes the music is actually just as loud as the characters speaking. Even though its tracks are not something I listen to at work to excite myself, it made me appreciate Zelda: Breath of the Wild's quiet, gentle piano music much more. Even when brought into action moments, I didn't find myself wrapped up in the excitement of the moment, and I can't even really remember what the boss music sounded like - given how much I love boss music in a good game, that's pretty alarming. The story, if it does have a "wow moment" twist, takes an extremely long time to get there; and according to other players, the entire base game has to be repeated once before you unlock the "real ending". I already felt the core game was getting repetitive.

Overall Review: I gave this game about 8 hours before throwing in the towel - and I think I was being generous. I happened to stop early because of a moment that's probably not going to happen to a lot of players - in which my very nonstandard choice of actions after successfully killing a damage sponge of a boss caused me to immediately get a joke ending which then returned me to a checkpoint and demanded I fight the boss again. I then decided the game wasn't respecting my time. It's possible this discoloured my view of the rest of the game, but I also think there's plenty of other problems to focus on. EDIT/PS: Due to much egging on (har har) from other players after my abandoning it, I did end up finishing the game after I initially wrote this, all the way to "E". While the game has one brief moment of creativity right at the VERY VERY VERY end of the game, it sadly didn't resonate with me because I hadn't cared about the events thus far. Other than that, the game honestly got *worse* as I continued, not better; enemies becoming damage sponges even on Easy difficulty and the game's incredibly basic mechanical complexity and failure to capitalize on its own disconnected plot points never deserving the elongated playtime. My full review still stands.