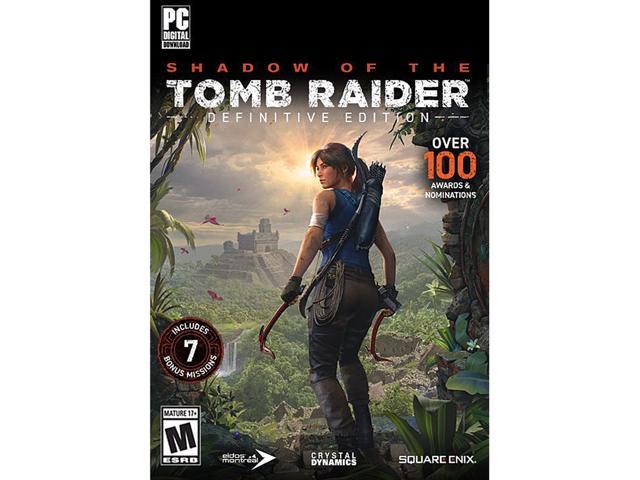 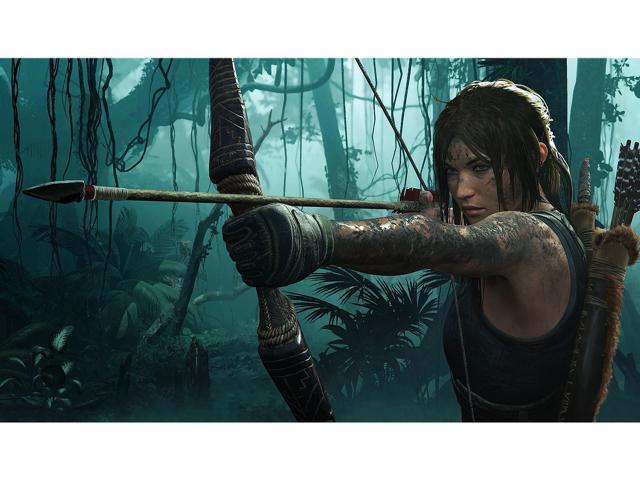 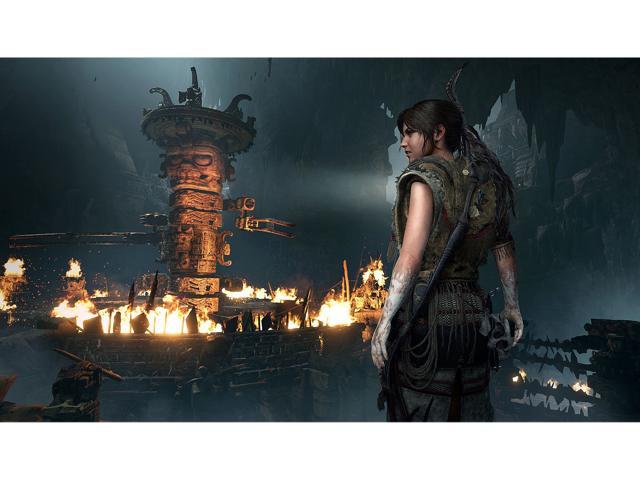 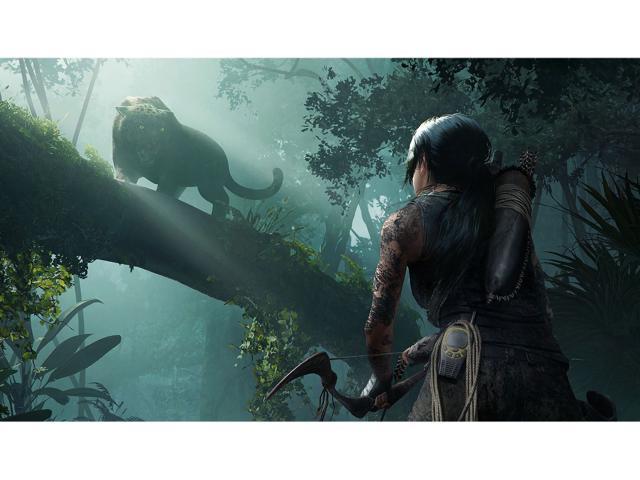 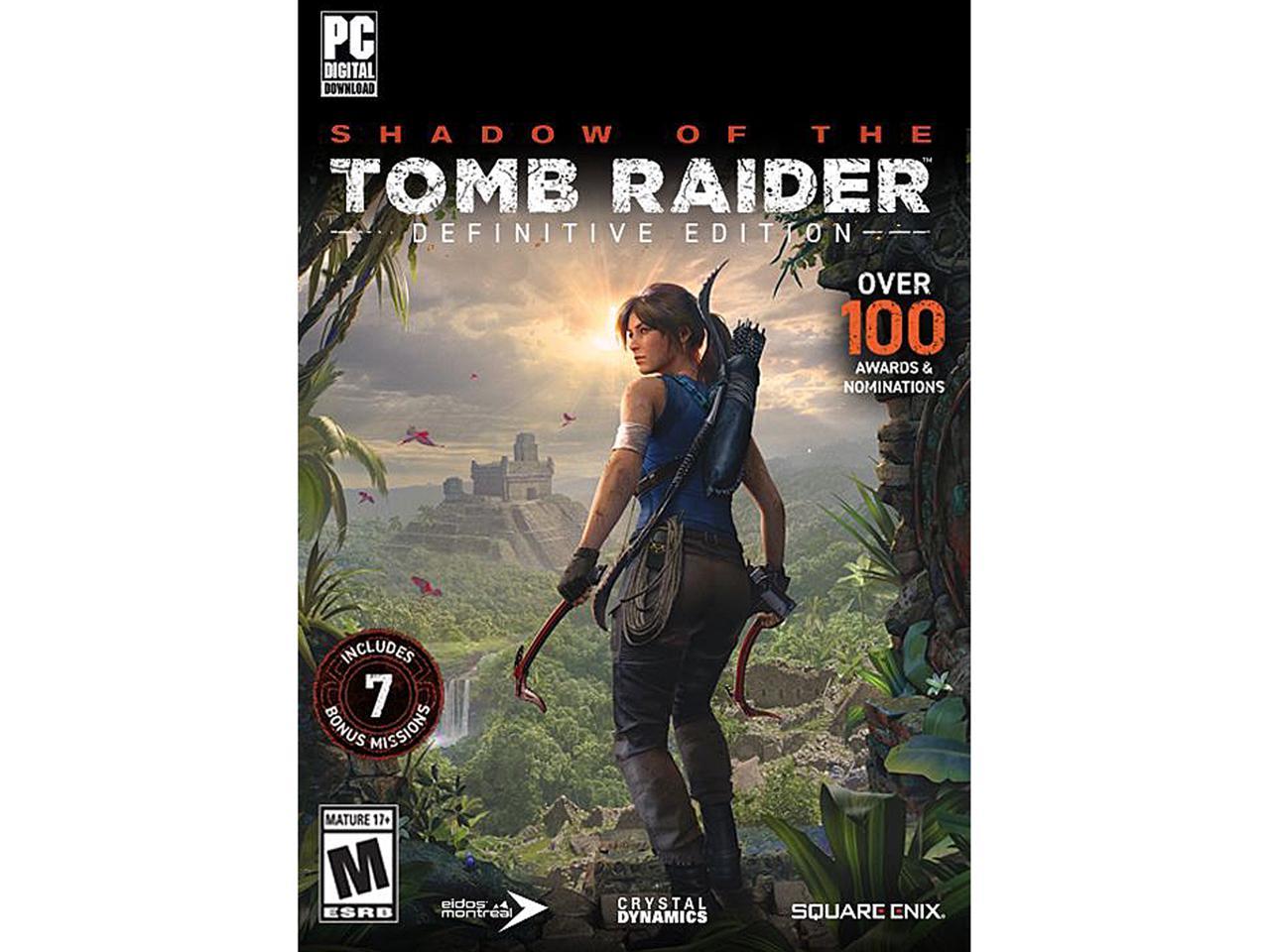 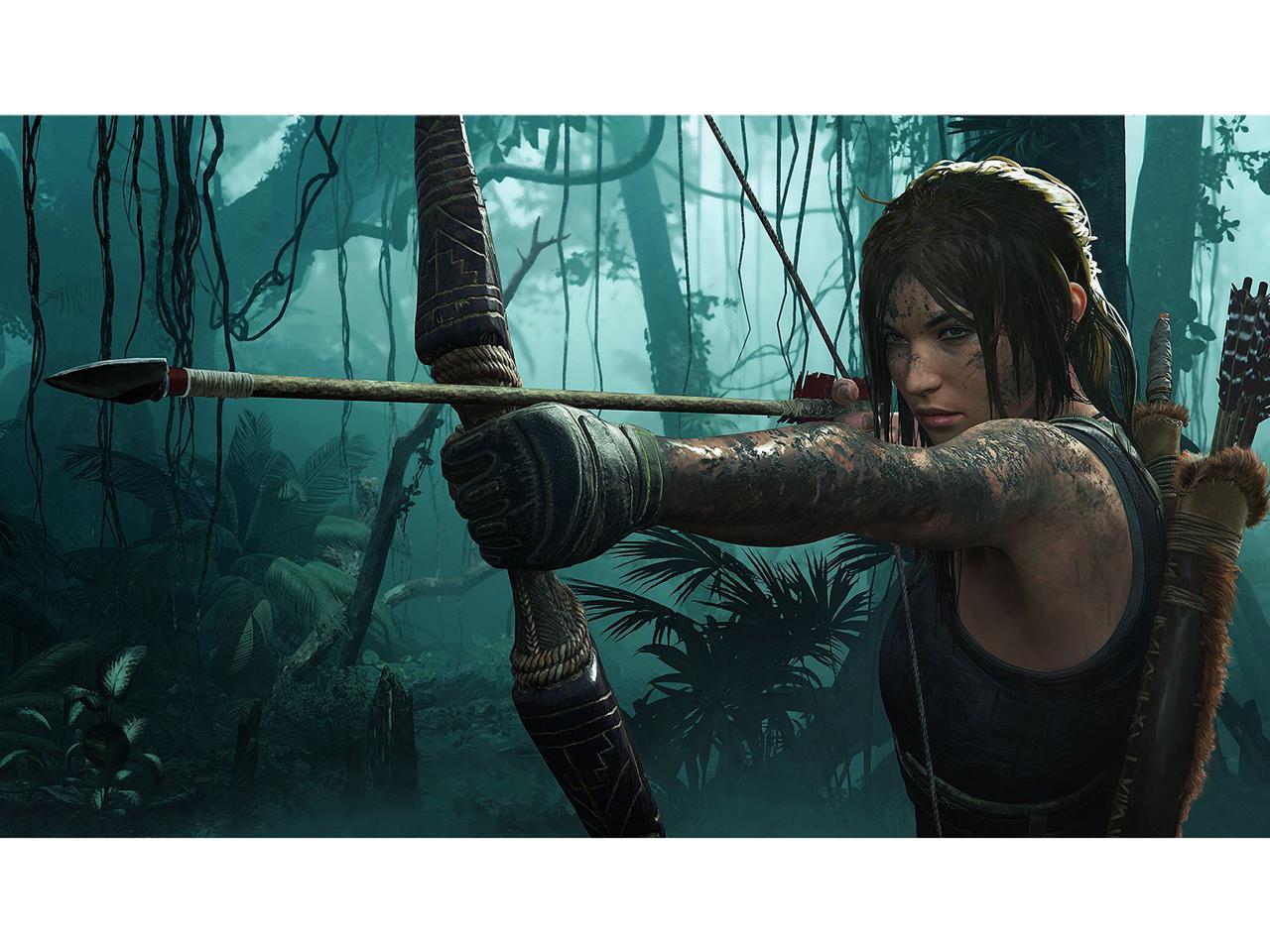 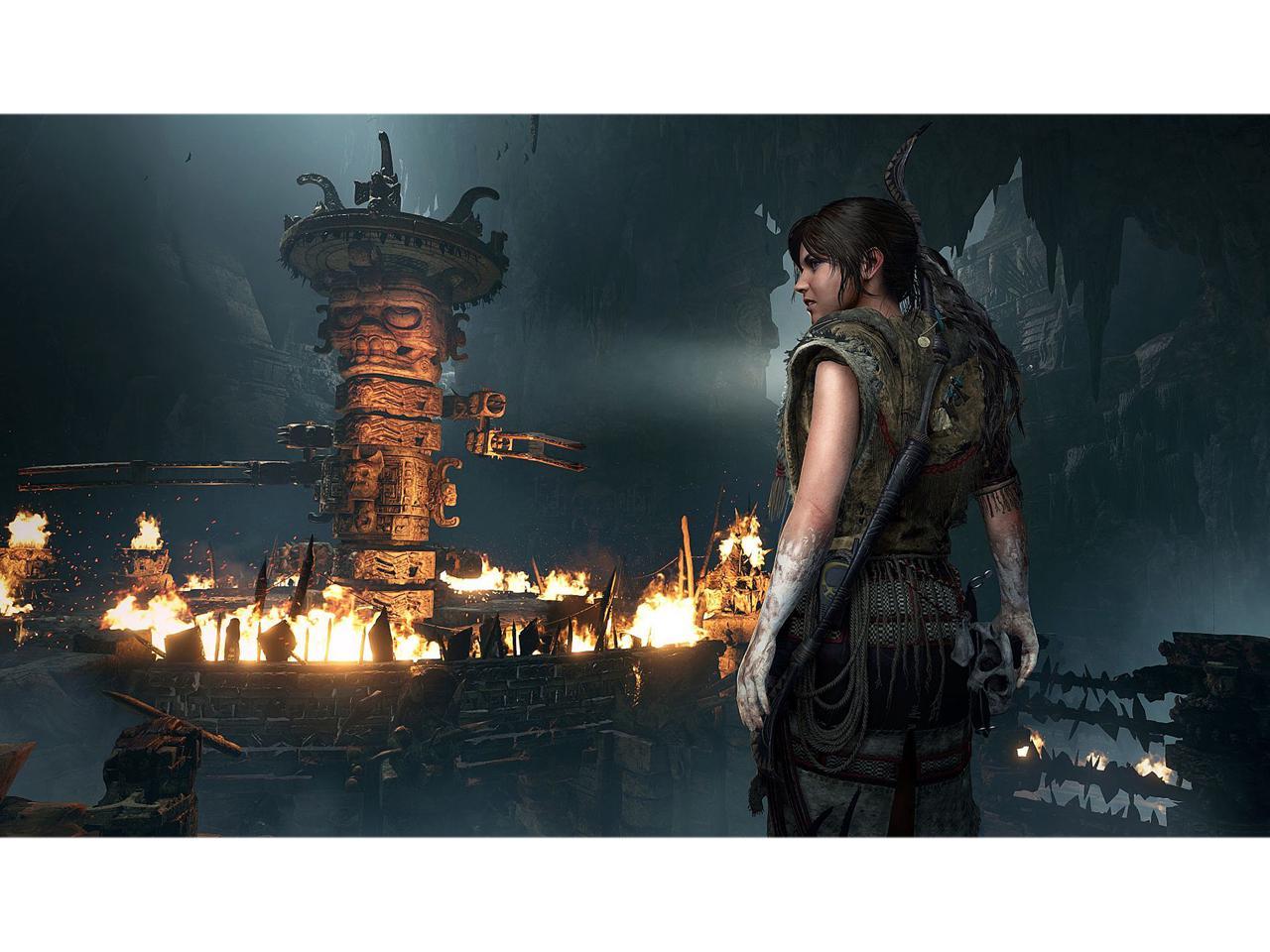 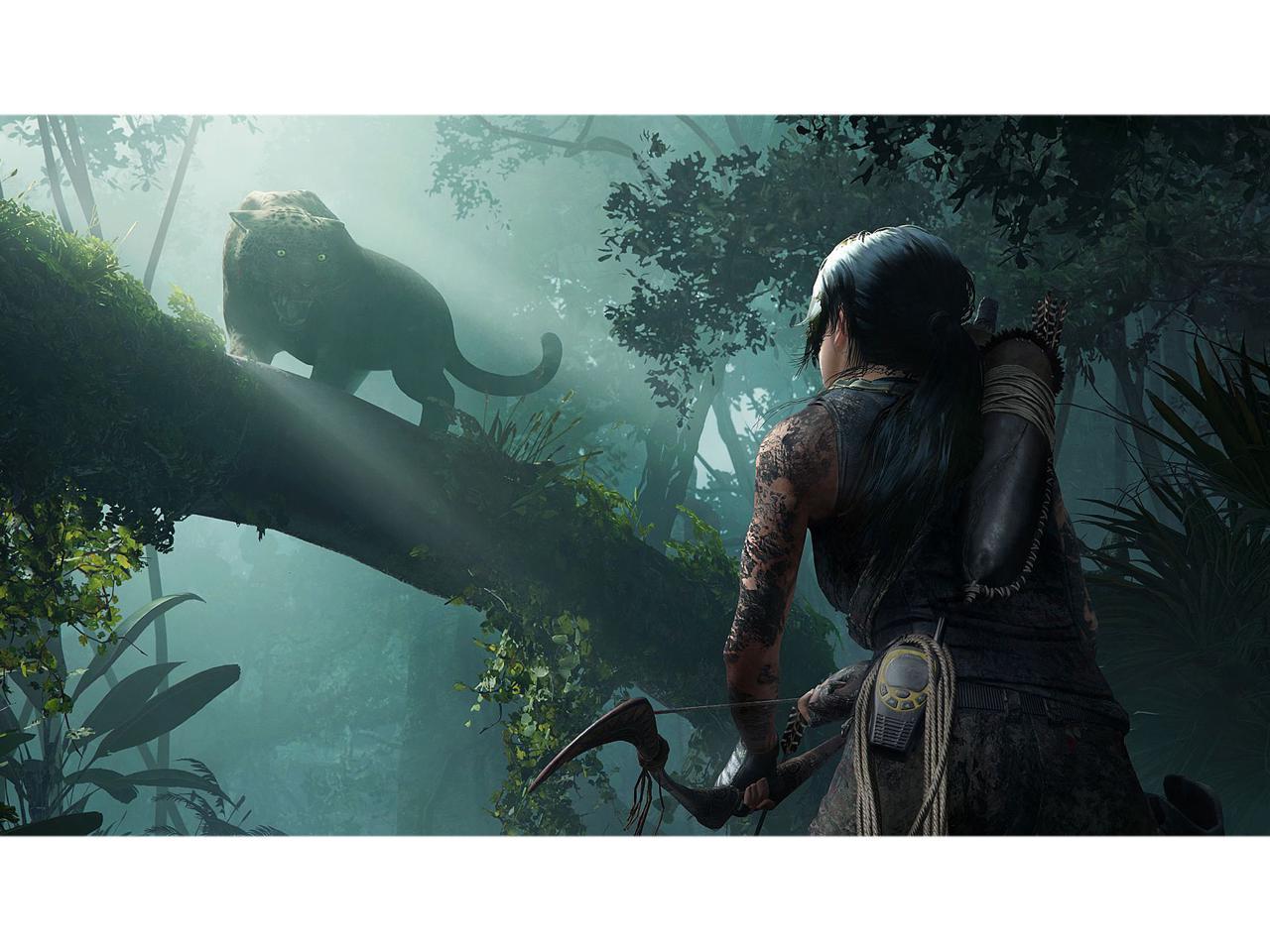 As Lara Croft races to save the world from a Maya apocalypse, she must become the Tomb Raider she is destined to be.

Become One with the Jungle

Lara must use the jungle to her advantage to strike suddenly and disappear like a jaguar, instilling fear in her enemies.

Discover a hidden city and explore the biggest Tomb Raider hub ever.

Pros: Quite different than what I'd come to expect. Lots more climbing and searching rather than shooting, etc. At first I was mildly disappointed but took it for what it was and enjoyed it. The story took more time with filling out the characters as people. I liked that. Crafting took on a larger role, but I was slow at understanding what some of it was all about (except healing). I liked the introduction into other people cultures.

Cons: The game crashed a couple of times for unknown reasons, but it does save often on its own. It seemed to me to have more than enough 'blind' jumps and a place or two there was no getting out of. I had to go back to a previous save more than I would like. That didn't occur in the previous games. Swimming under water provided air openings to breathe, but seemed to be a ploy to disorient the player rather than get you through the area.

Overall Review: A good game. Maybe too much running back and forth. Lots of side quests. Do them to help level up. Even the ones that aren't that interesting. I got satisfaction from completing them. I had great difficulty in solving the 'what to do next and die too many times' theme but all in all it was OK. I played on normal mode and was glad I did the first play through. I will play this game again in the future.

Pros: The game is very exciting and involved in different scenes. The graphics are vivid, and are realistic in every aspect of the game I have played so far.

Overall Review: This is the first Tomb Raider game I have played and own so far. I would buy this game again.

Pros: - Artisanally hand-crafted by the finest ciphersmiths using the finest in organic electricity.- Also, it activated without problem on Steam.

Cons: - Faint hint of gunpowder flavor, which I'm not a huge fan of, preferring berries and cocoa.- Not Fairtrade-certified, but could yet be very well humanely-produced.

Overall Review: For the fellow game code connoisseur with an exacting taste, this code does not disappoint. Its beautifully designed numbers and letters with just the perfect sprinkle of dashes will satisfy even the most demanding palate.