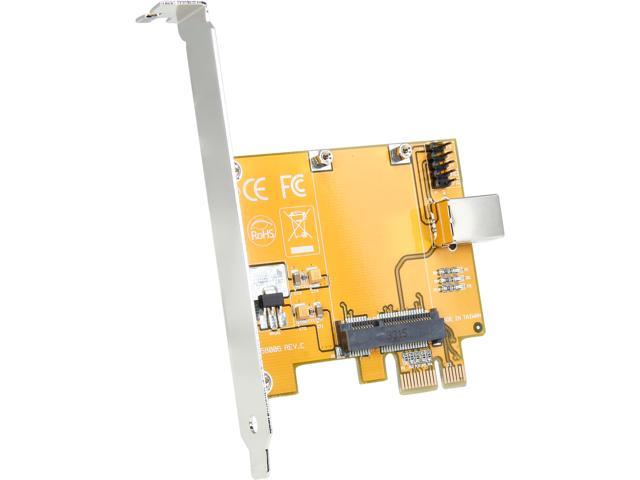 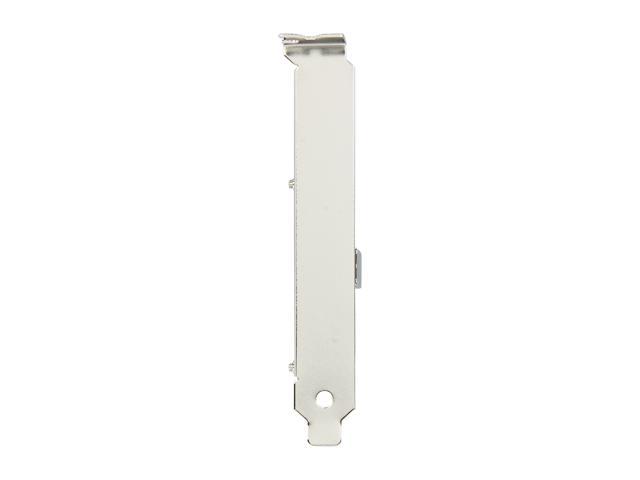 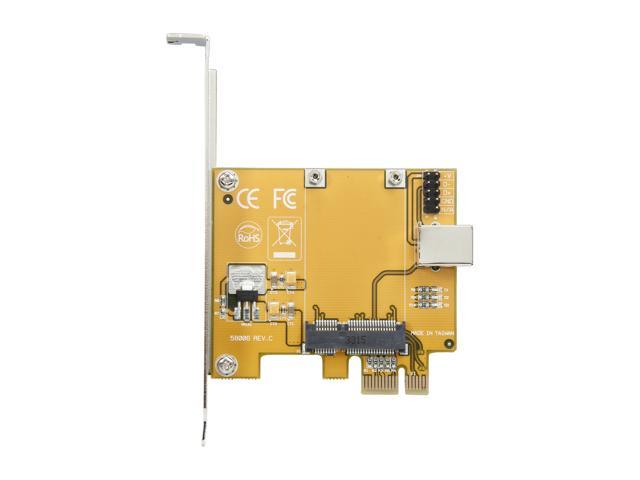 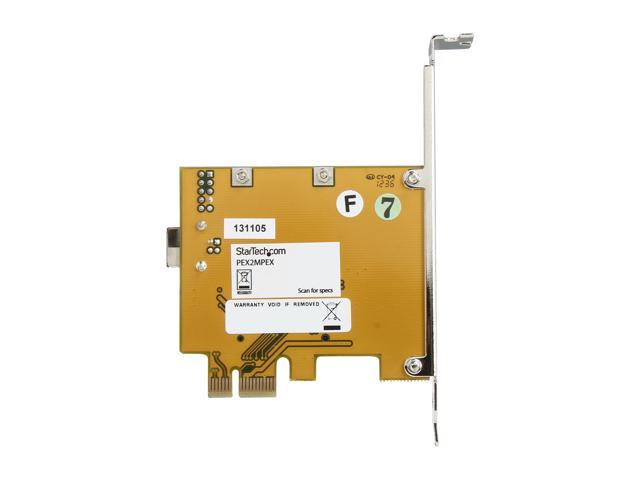 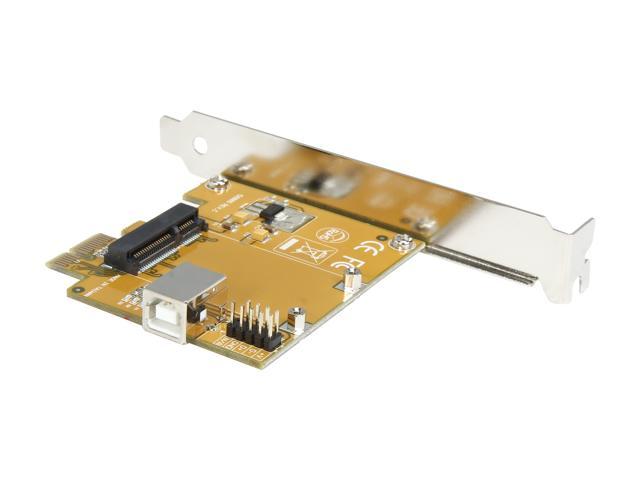 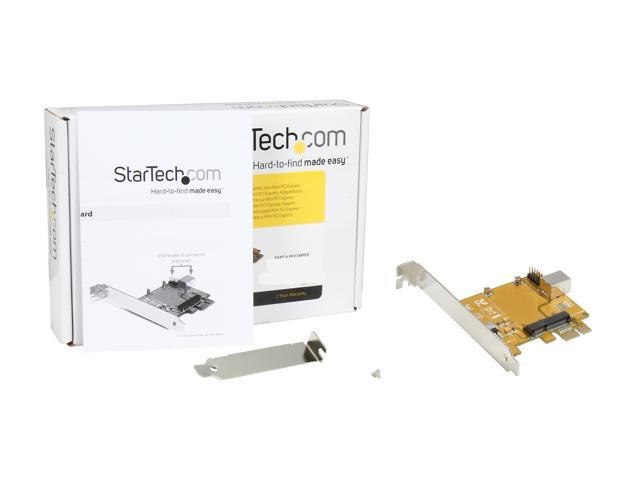 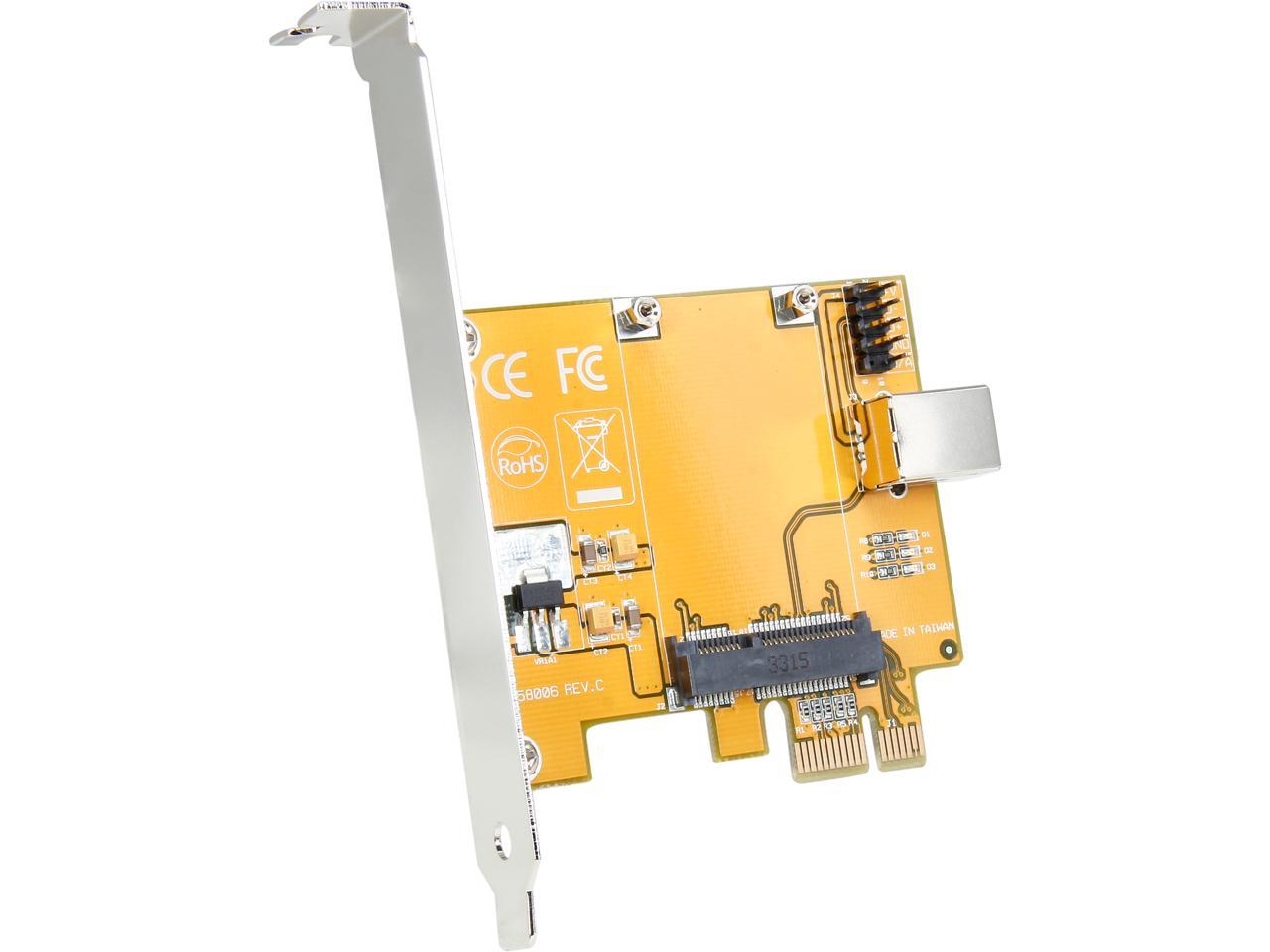 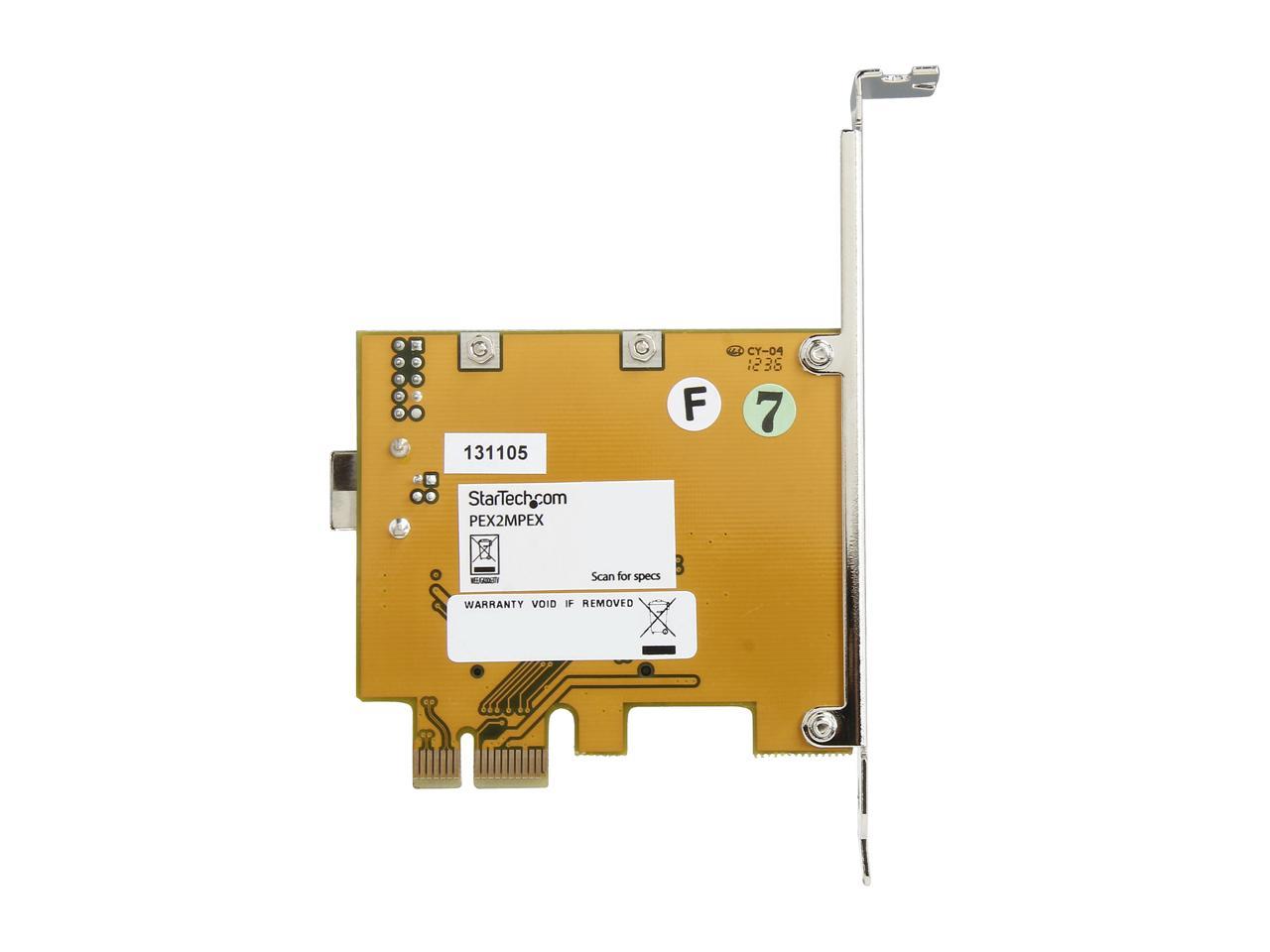 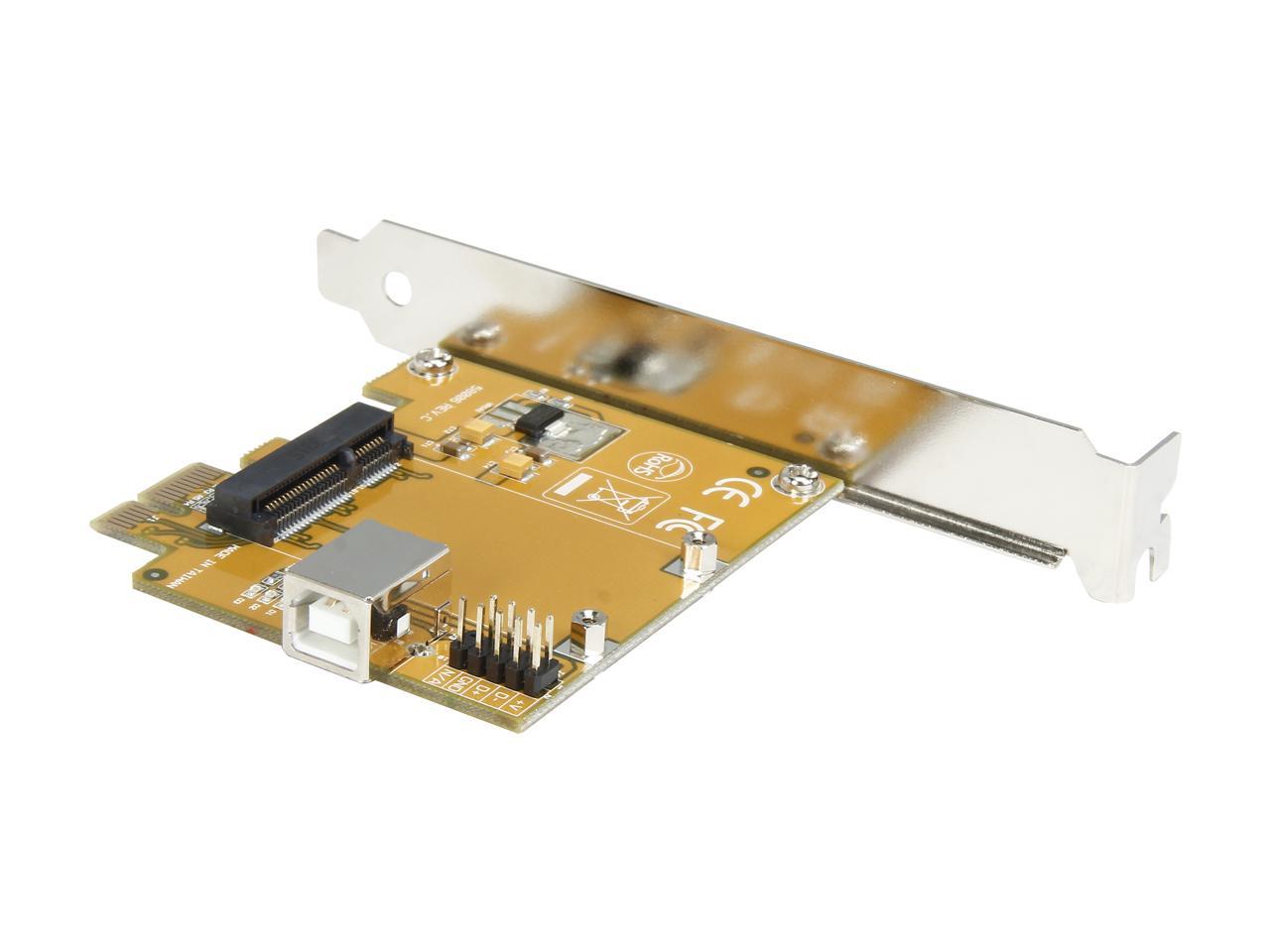 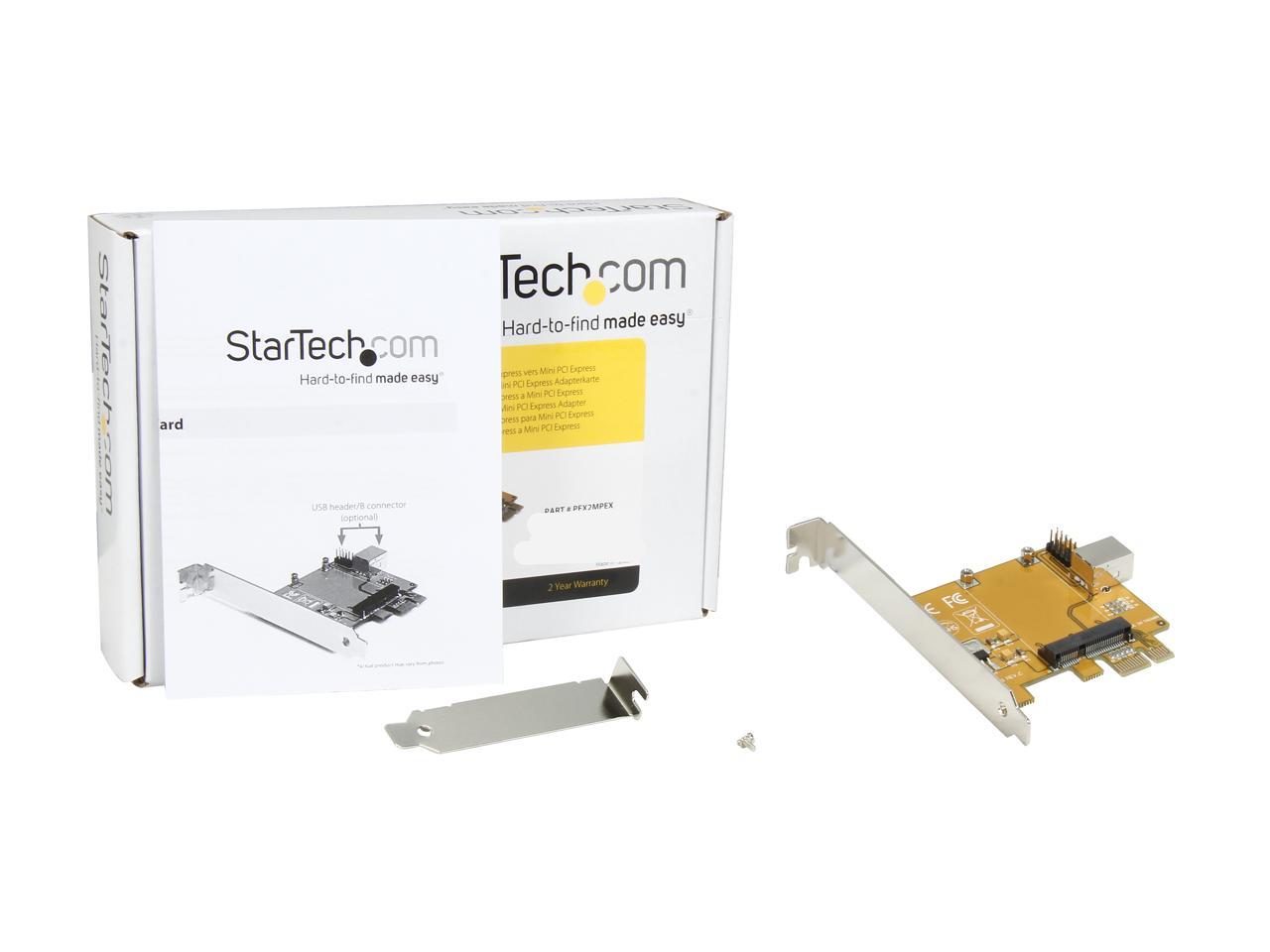 Learn more about the STARTECH PEX2MPEX

Pros: As advertised it is an adapter.

Cons: DOA on arrival, capacitor not soldered to board, I hadn't noticed it was missing initially and proceeded to install my HT Claro XT with an adapter for the support bracket. After plugging in the power and starting the system all I hear is a pop and now I have a dead $250 Claro, Thank you Startech.

Cons: I had to modify my chassis (cut into it) to make my card fit but that's not StarTech's fault.

Overall Review: I would've given this five stars because it works but a couple years back I ordered one and it was DOA. oh well.

Pros: Tested using a Promise TX4300 SATA card. The Promise card asserted it self with no problems on a P6T Motherboard while plugged in to this adapter. As expected, data transfer rates did not appear to be hampered by this adapter as the PCI slot is slower than a PCI Express 1x slot (just Google pci vs pcie x1)

Overall Review: I can recommend this card if you need to sustain a PCI card you can't replace, on a motherboard without any available PCI slots. I imagine the only limitation you may run in to is if your PCI card will fit and be usable while on top of this card. Note: Data transfer rates tested in standard AHCI mode (Non-RAID). Tests ran transferring data to identical hard drives. Initial test of a single 1G tif file gave heavy favor to the Promise card. A sustained test of an 8G folder of 19 large .tif files shifted favor to the Intel chipset, moving the data a mere 2% faster, I suspect the source hard drive had a significant impact.

Pros: Was able to convert my RME HDSP PCI Card to a PCIe. Great solution, since the RME PCIe cards are no longer available, and if you can find them, cost hundreds of dollars. I didn't have to update any drivers or anything. It was plug and play.

Cons: No Cons. Worked like a charm. Had to connect Molex power to the unit.

Overall Review: Saved me lots of money, and hastle.

Pros: I had an old M-Audio Delta-44 audio recording interface board that required a PCI interface, and just upgraded my computer with a motherboard that had only PCI-Express slots. I was VERY skeptical that this kind of solution would work but since there's nothing in the market that could replace my old Delta-44 at an affordable price, I decided to give it a shot. For my application, at least, it works flawlessly, and I would not hesitate to try it for other obsolete, irreplaceable components. Aside from the electronic uncertainties, I was concerned about how it was going to allow the old board to fit. I have to admit it took a bit of fiddling, but it comes with two adapter brackets. I was going to describe the process under 'cons', but I really think that would be unfair because one has to expect to expend SOME ingenuity to make something like this happen, so I'll elaborate a bit under 'other'.

Overall Review: If you're considering one of these, then you probably know the mechanical environment: raising the original PCI board an additional inch or so above the motherboard introduces a corresponding offset in where the support bracket is going to screw into the back of your computer case -- no way around that. The unit ships with an extender for the 'inside' of the bracket - that is, were it slides in behind the motherboard, but that still leaves the end with the 90-degree bend off by a corresponding amount. With a shallow card, it would probably be possible to replace the bracket with one for a low-profile installation, or even just cut and bend the end, but the Delta-44 is a large card, and that wasn't going to work. The adapter also includes a full length bracket that is cut away where the I/O connects on the back (this might not fit all cards, but it worked for mine. It screws into the adapter board, and lays right over the original bracket perfectly (it's offset appropriately to fit right). This still left the original bracket extending beyond the end of the space where the bracket normally screws in. It also leaves the card supported only by the PCI slot, which may or may not be a problem, but I wasn't comfortable with it. My solution was to CAREFULLY cut off the original Delta bracket to where it just fit the 'overlay' bracket (using a Dremel cut-off wheel), then drill a couple of tiny holes and secure it with two small sheet metal screws. If that makes you squeamish, then this might not be a good solution for you, but it was really quite easy and didn't take me more than 10 minutes or so. As stated ion the beginning - works perfectly.

Cons: Not bus powered. I don't like the molex connector just hanging there. I connected the cards using a ribbon cable so the bracket for the riser card just has a hole in it.

Overall Review: I used this with my old M-Audio Delta 1010LT audio card. I switched to an ITX mobo with only one PCI-e x16 slot. I used the only two brackets I had in the case. I used one to mount the audio card and the other to mount the adapter. After connecting the cards with a ribbon cable Windows 7 recognized the audio card and the drivers installed without a problem. All my DAWs seem to play nice with it so far.

Pros: It works with a sata 3114 controller PCI card

Cons: it was a little work to get the brackets to fit.

Cons: It rocks slightly in the pci express slot if you have a large card like I do (longer than most graphics cards). The molex power connectors wires are soldered directly to the board, a bit disconcerting but they're thick enough gauge that I wouldn't be worried about too much as long as I'm not taking this card in and out of the computer all the time.

Overall Review: After some modification to my case (this adapter is marketed as being for low profile cards after all) I was able to continue to use my old pci soundcard for my studio setup in a new computer.