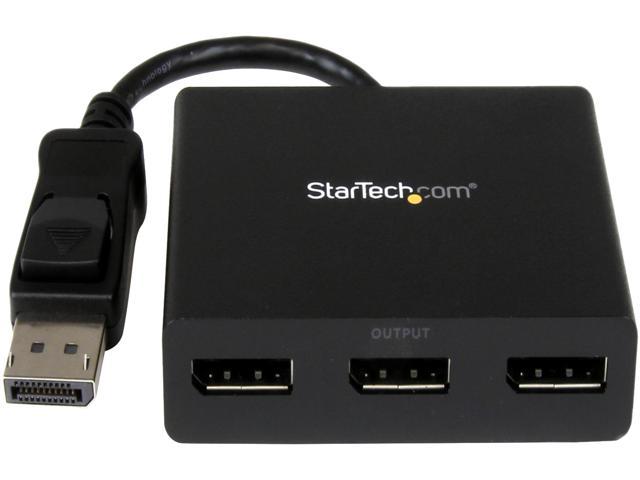 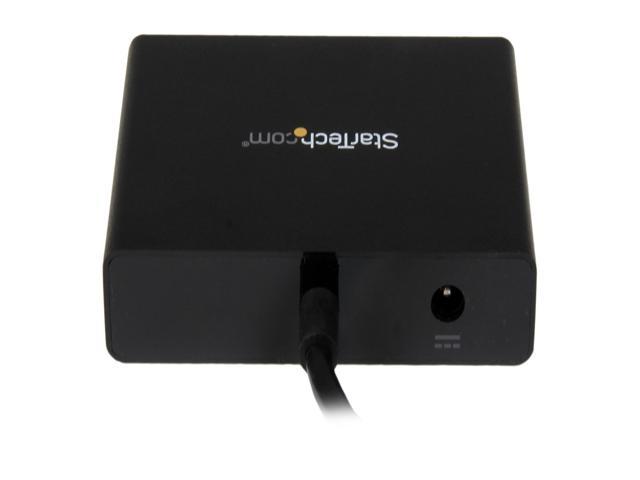 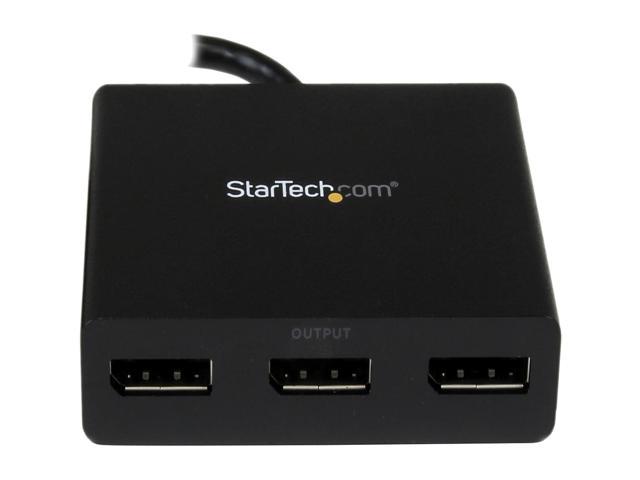 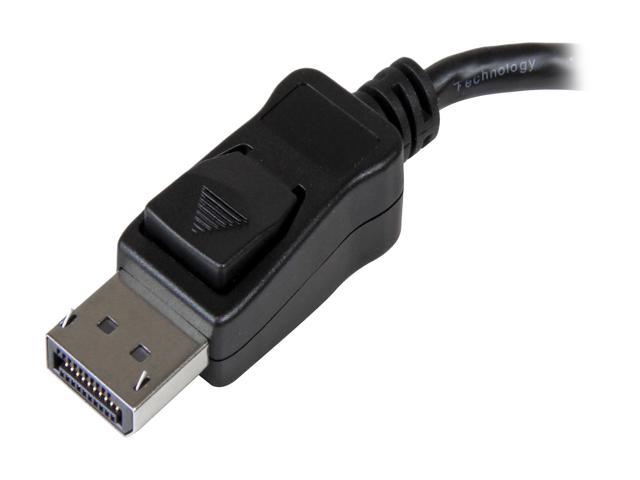 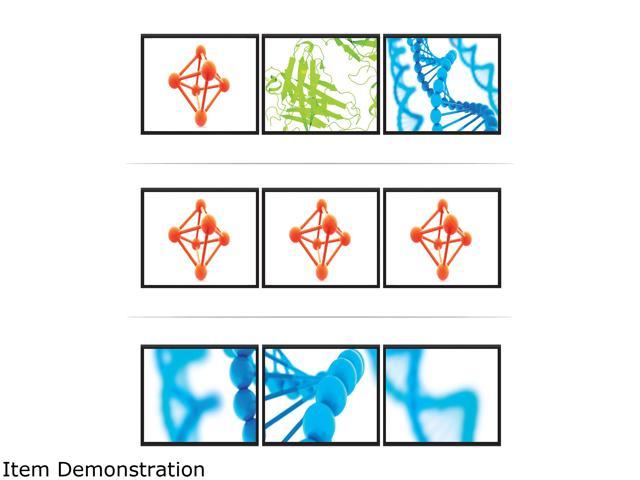 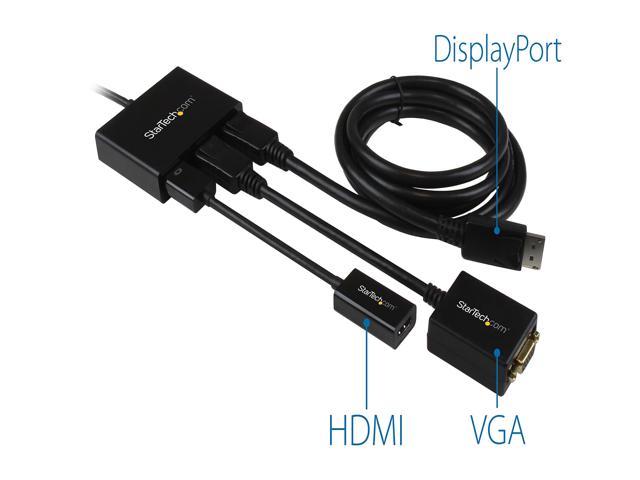 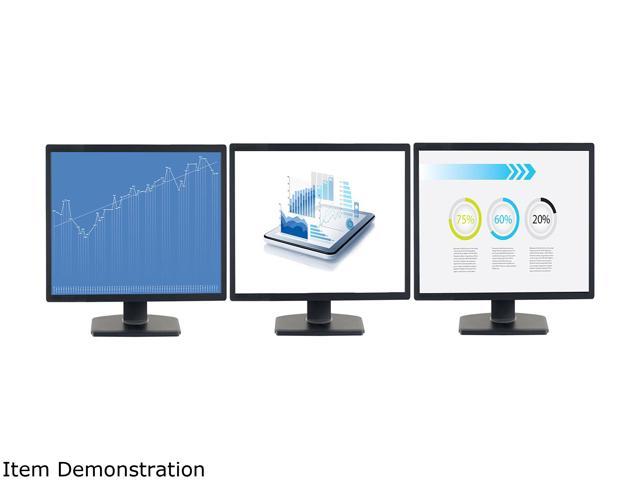 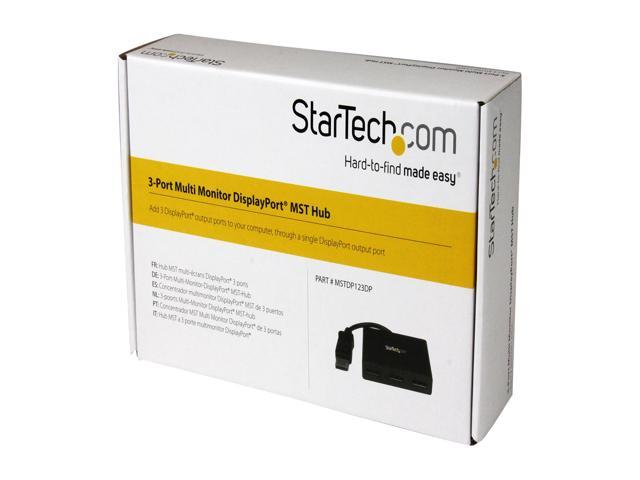 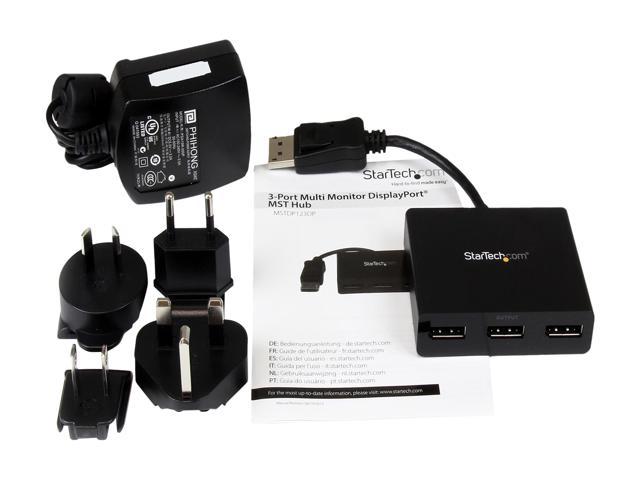 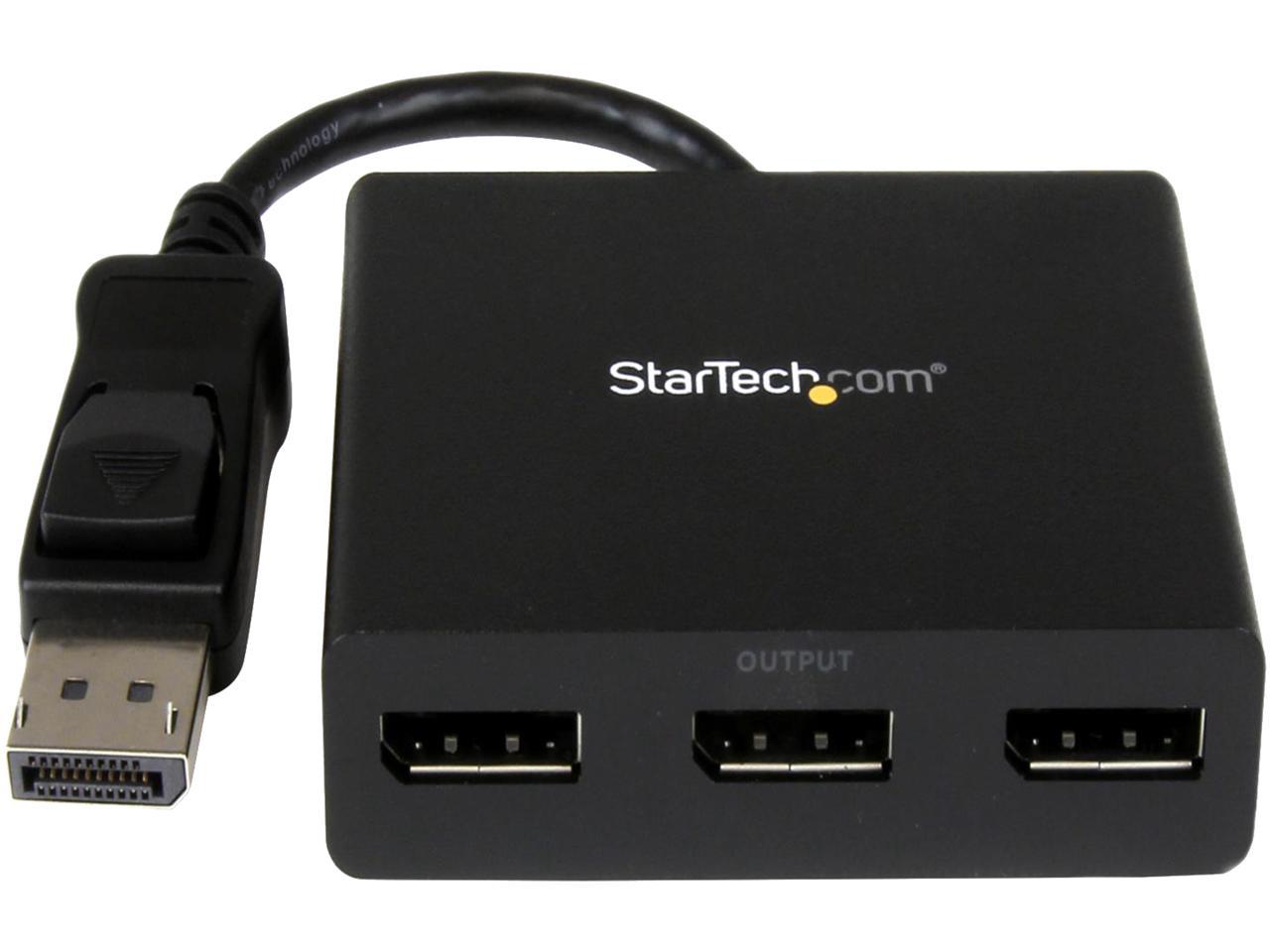 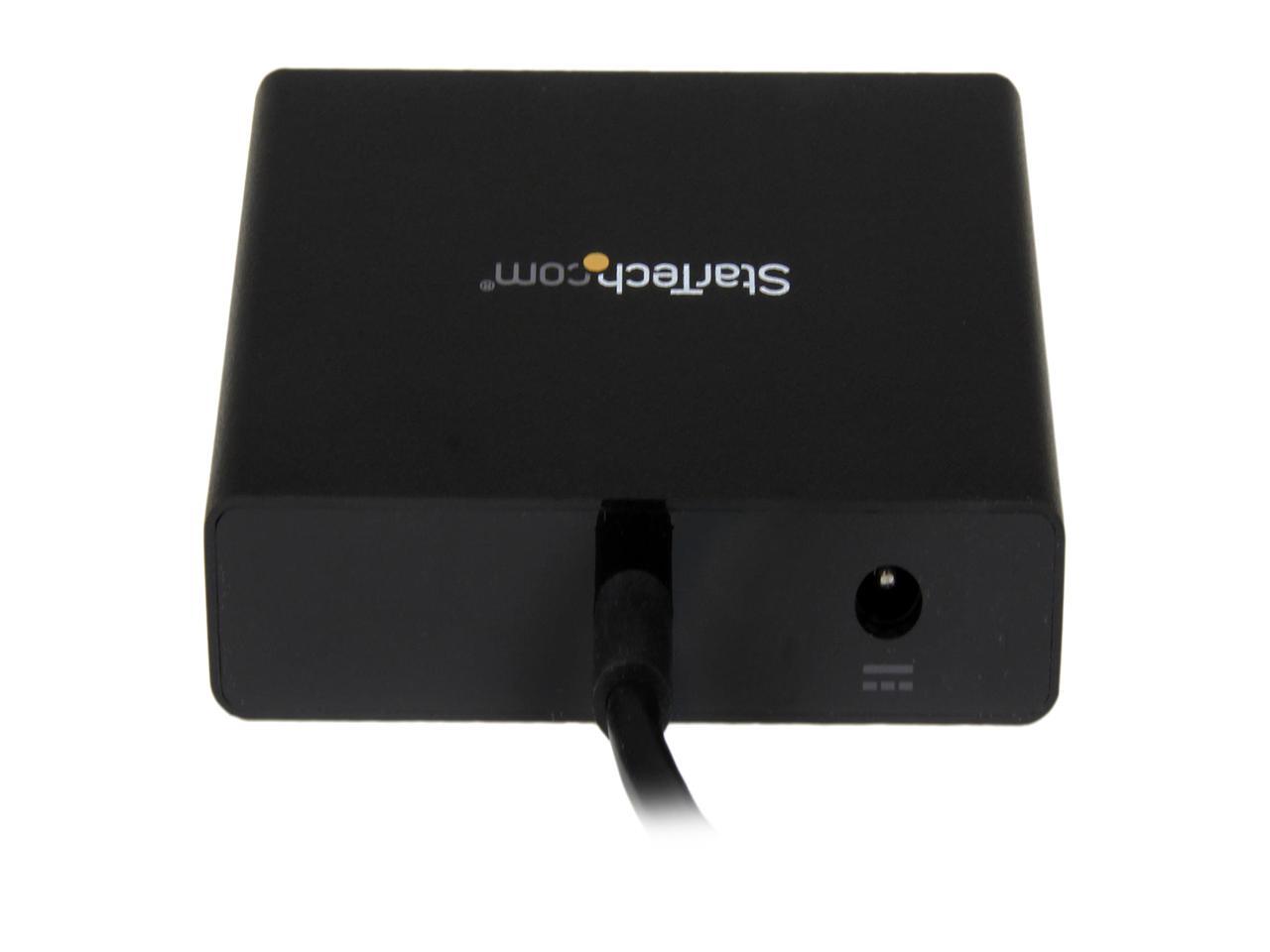 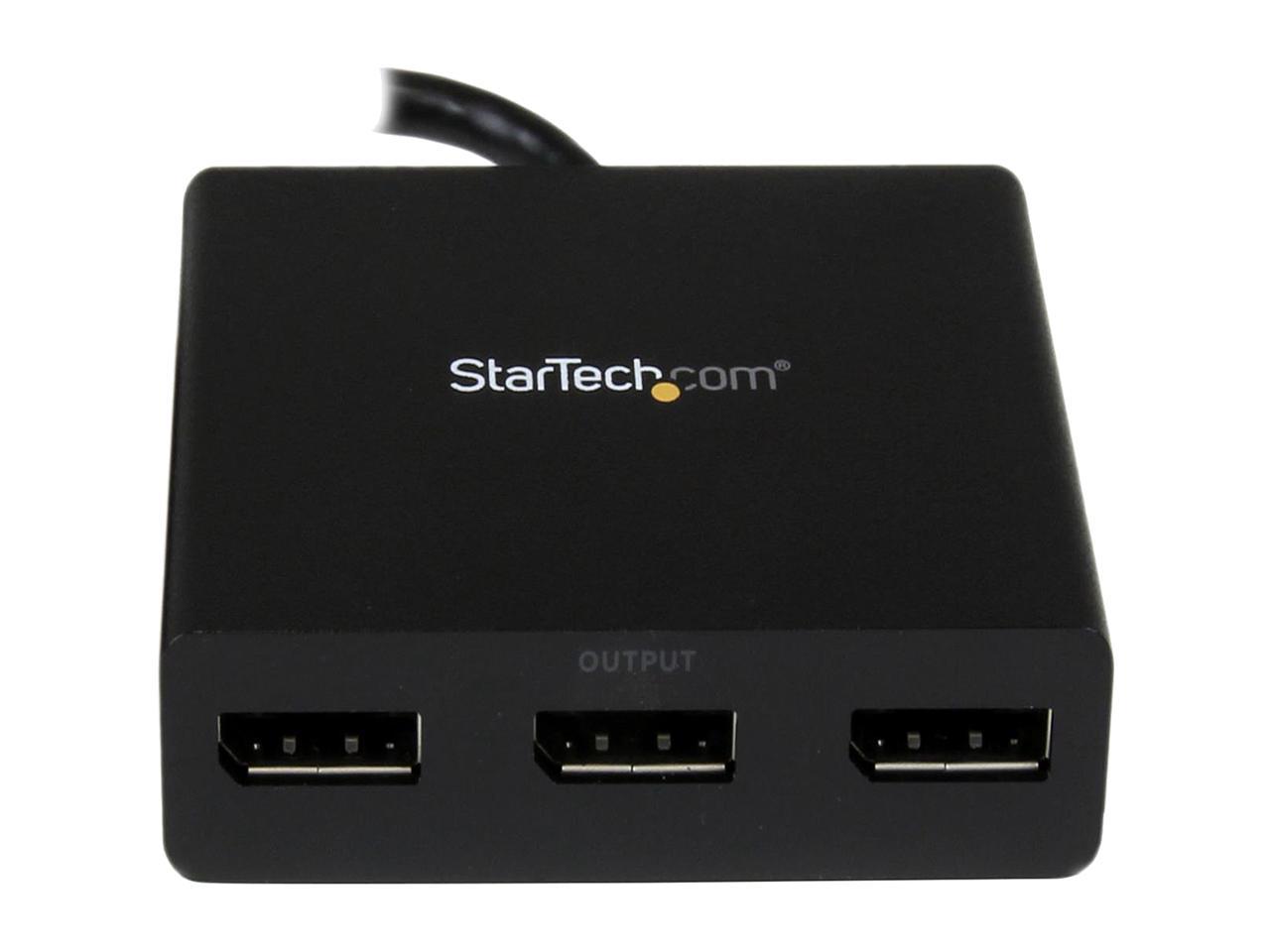 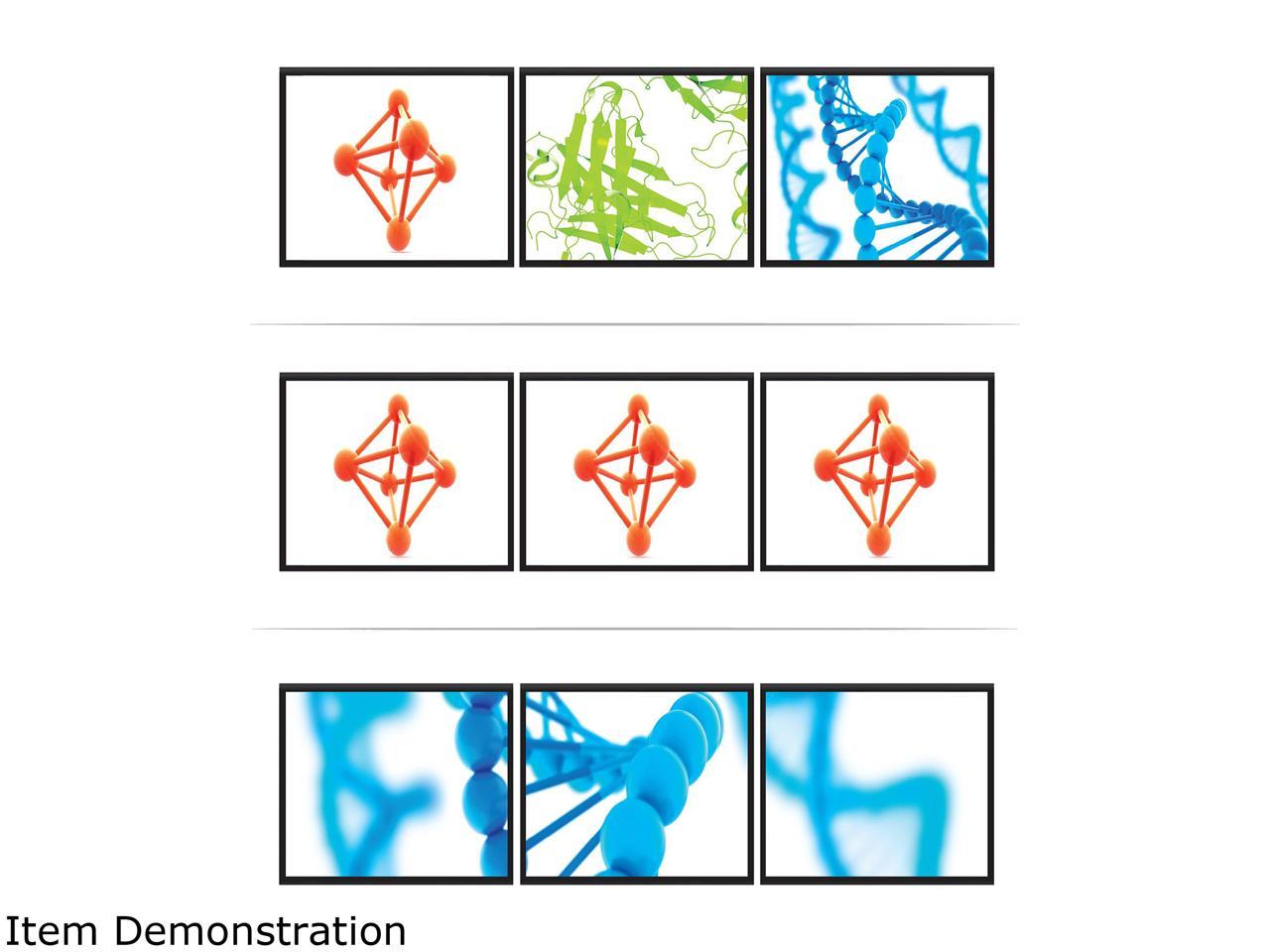 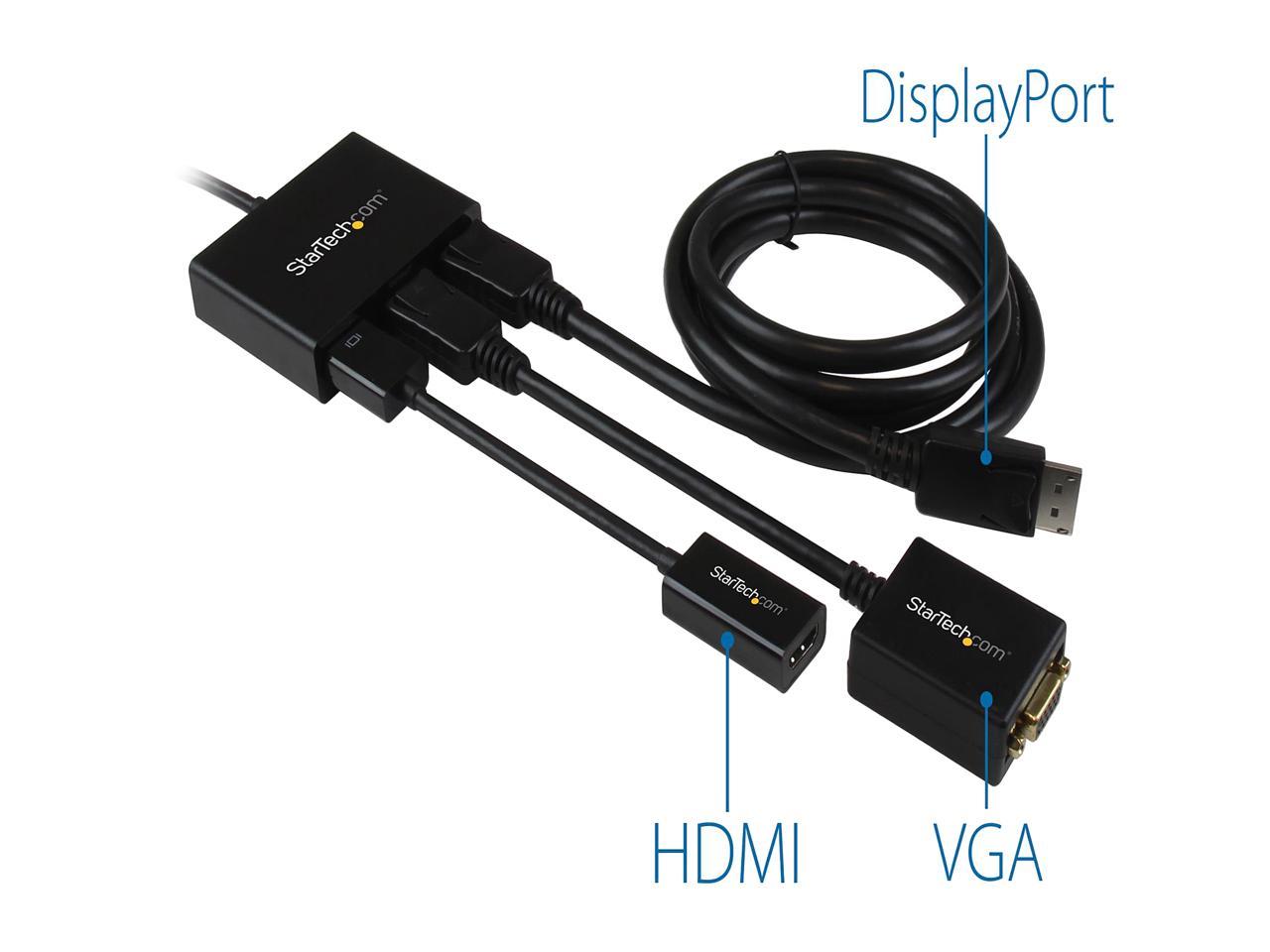 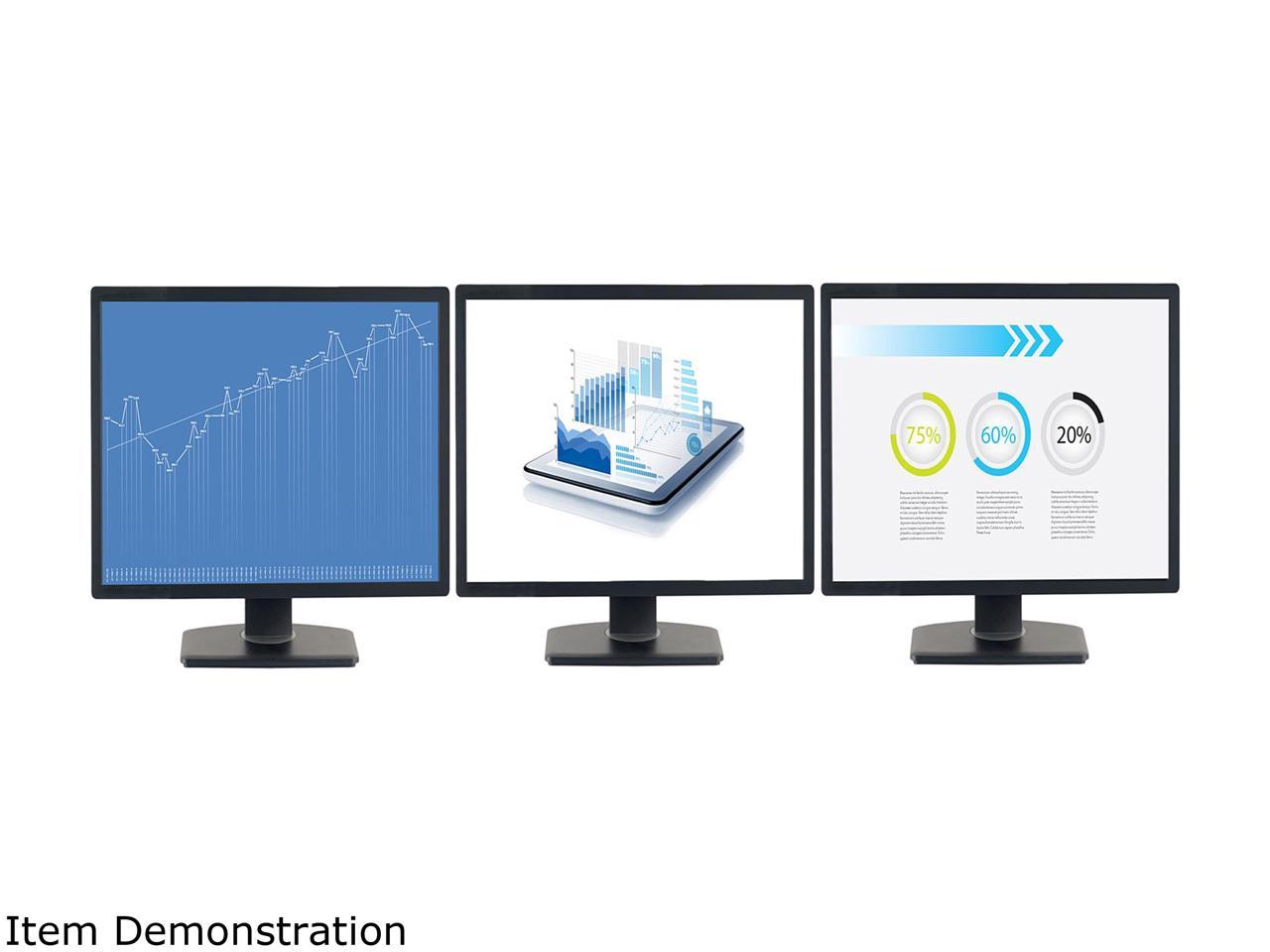 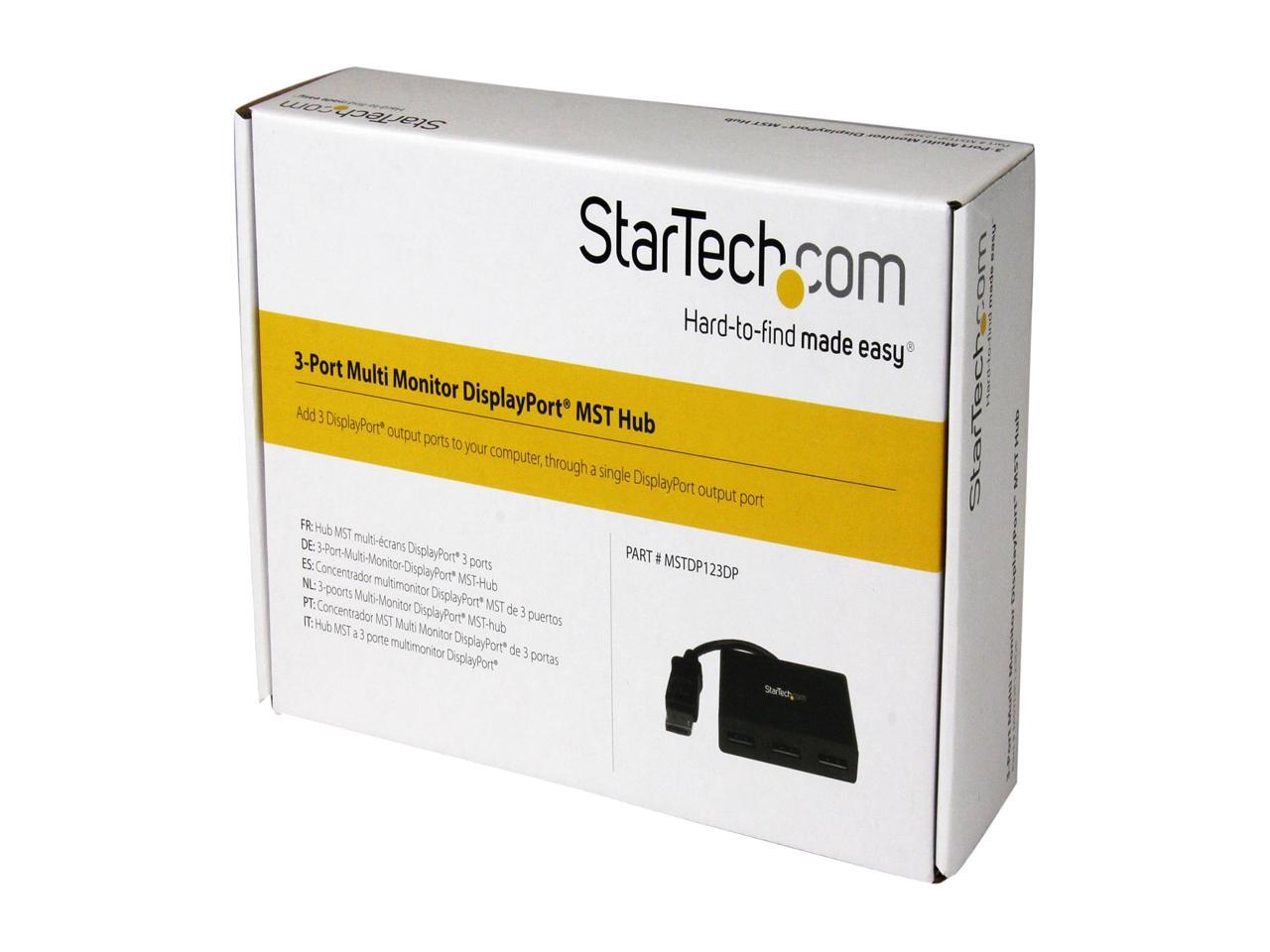 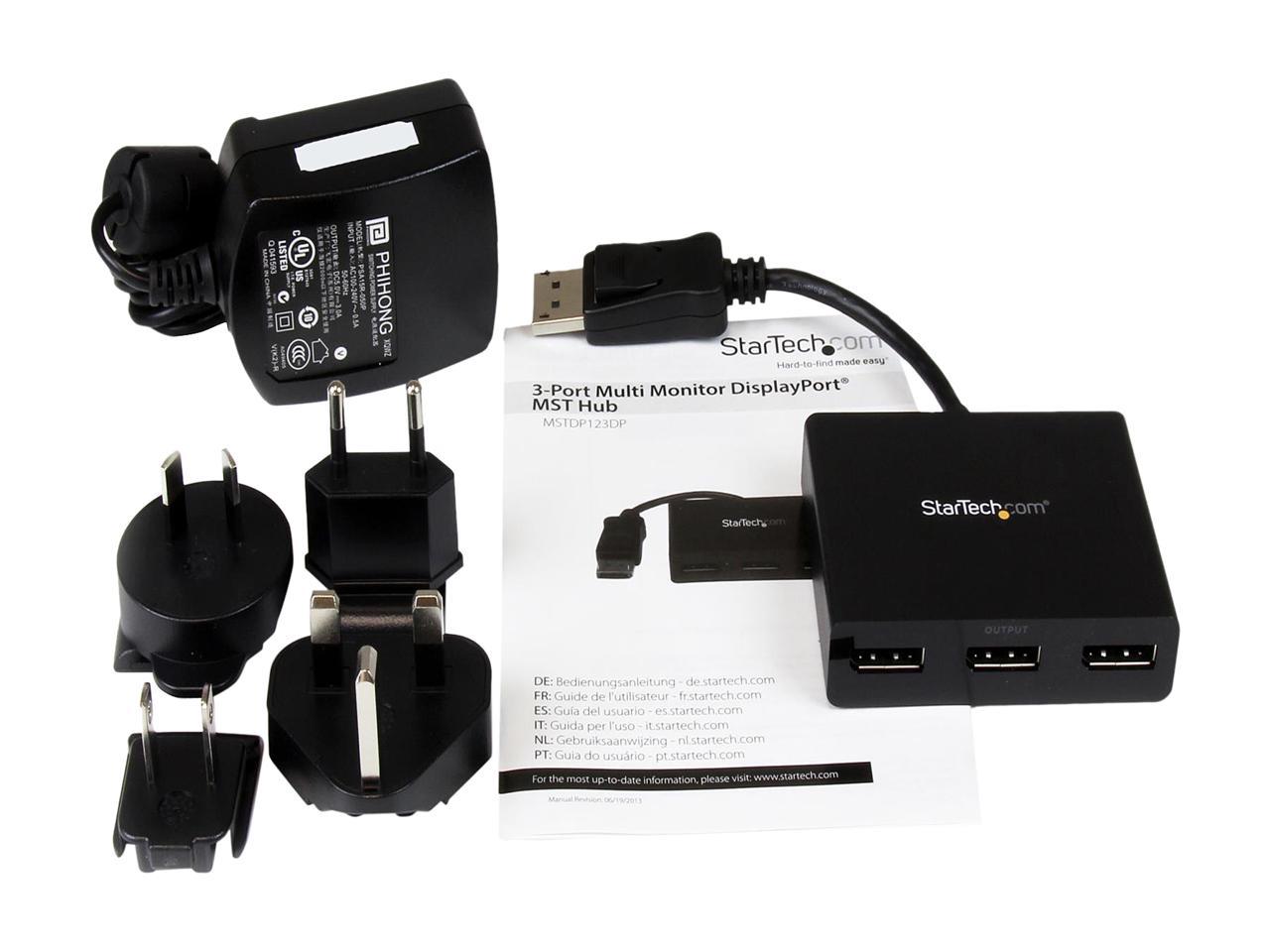 Learn more about the STARTECH MSTDP123DP

Cons: This unit is extremely inconsistent. We had to plug the unit into the PC, then one cable at a time into the unit.. if we were lucky it might work properly in Windows 8.1 -- however if you then unplug it (to say go to a meeting) and come back, you have to unplug all your cables from the unit, and go through this process again, again with no surety that the displays would even come up as expected.

Overall Review: not worth it

3 out of 3 people found this review helpful. Did you?
Manufacturer Response:
Hello Tialen, Thank you for sharing your feedback on our MSTMDP123DP hub. We are sorry to hear it is not performing as expected and would like to help. This particular issue has been resolved with our newer model of MSTMDP123DP; it has an upgraded chipset that eliminates the aforementioned display problems. We would like to exchange your unit with the updated model, so please contact us directly and reference case number 303-195490. You can also reply here and we will be sure to follow up with you. Thank You, Customer Support StarTech.com http://www.startech.com/techsupport
Jeffrey H.
Ownership: 1 month to 1 year
Verified Owner
A Tad bit expensive for what it is......4/20/2017 12:39:43 PM

Pros: Works great, was able to get my 5-monitor portrait gaming system running perfectly. Run games for long periods of time (like half a day gaming) and no problems with flickering or disconnects.

Cons: None besides price.

Overall Review: Would purchase again if I had to. I personally think it costs too much for what it is. It's just an active hub adapter.

2 out of 2 people found this review helpful. Did you?
Anonymous
Ownership: more than 1 year
Verified Owner
great quality and performance10/23/2015 9:54:17 PM

Pros: Easy to use and great quality

Pros: - I was able to get 2560 x 1600 on my two ASUS monitors at a time or 1080 on three, when it feels like working. - This thing is not cheap, which will keep people from buying it. Thus helping to saving their money and their sanity.

Cons: - Seems to work best with just two monitors connect. 3 monitors causes display issues to become more frequent. - Built in Mini DP connector is way to short. Hub hangs off the back of the PC like a disfigured growth. I'm guessing that this device was designed more for small mobile devices. - Hub has to be reset after rebooting or waking the PC. Monitors get a signal, but screen stays black and monitor eventually goes into standby mode. - Some monitors just refuse to work with the hub altogether. - Some monitors will not wake after they go into standby mode or Windows turns the screens off due to inactivity. Have to turn the monitors off/on each time. Sometimes, I have to hit the hub reset button as well. - System does not detect the supported resolutions on some monitors when using the hub. The hub should be able to do 3 monitors at 1080p but won't do so with some of the monitors I have tried. - Displays frequently cut to black for a few seconds/minutes and then comes back. - 65% of the time, the reset button does not fix an issue. Have to remove the power cable and wait a few minutes. - The troubleshooting videos did not help. Watched their troubleshooting videos several times. The port they stated was #1 was #3 on my hub. When the device does work, the monitors will come up based on which port they are plugged into; 1, 2 or 3. No indication to port identity on the hub. Could they not have labeled the ports? - I should have requested an RMA before the 30 day mark. Thing is, it seemed that, on several occasions, I had the thing working correctly. Wrong! Just had to give it some time to act up again. My graphics cards only have one mimi DP port each and only the primary port will function when the cards and connected. This thing hang the back of my PC increased the wear of the DP port on my primary graphics card. That port no longer functions properly, so it is not the secondary card.

Overall Review: I cannot seem to find a reliable Displayport hub or one that is designed with a home PC in mind.. The back of my rig is completely obstructed by cables. I would not mind if there was a process I had to perform each time to get the thing to work, as long as it is consistent and I know that I won't have to spend 10-30 minutes getting all 3 monitors to work every time I want to use my PC. However, there is no consistency with this device. Not even a little. I also tried a mini DP extension cable so I could place the Hub on the desk, as it seemed better than leaving it hanging off the back of my case tangled in all the cables. The extension cable, a M0noprice 3ft Mini DisplayPort 1.2 cable, functioned normally when I used it to extend a 10ft DP to mini DP cable, which I did to test it first. However, the extra cable length must be causing some signal degradation between the hub & the PC as the device became even less functional. Even running a single monitor on the Hub is a problem when using the extension cable. I bought some Velcro strips to try to attach directly to the side of the case. Before I went through with it, I gave up on this thing. Now it sits in my junk drawer. $90 paperweight.

Overall Review: My laptop has one display port, a docking station is also available. The docking station disables the display port on the laptop and splits out to two. I needed 3 monitors but I checked and was able to run 4 1080p monitors. Not sure how the 1920*1200 would work in a 4 monitor configuration because bandwidth would be limited. At my desk I have the laptop monitor disabled, however I can enable it and in my case i think the display port out and eDisplay port are on separate channels which is good.

Pros: Quick and easy set up with Windows 8. Extends my laptop display across all monitors so I have 4 independent monitors.

Cons: Keep other cables away as you will have feedback in headphones. Easy to resolve though.

Pros: The hub was exactly what I needed to set up my six monitors. Just plug it in and off you go. It works perfectly.

Cons: No cons that has haunted me.

1 out of 1 people found this review helpful. Did you?
JOHNATHAN H.
Ownership: 1 week to 1 month
Verified Owner
The Second Duplicate screen was fair only in clarity in resolution5/14/2021 10:48:51 PM

Pros: It does give the user 2 signal ports from 1 port. However, in duplicate mode, the second monitor was fair and limited to only 640 x 400! I had it connected to my TV with the same result. The only option presented was a very high resolution on screen 1 but a poor clarity on screen 2. Now the good news. It does work well if you connect the 2 monitors to this device and only have one activated at a time. So, if you keep only one active monitor at a time then the Signal Port splitter should work for you.

Cons: Screen duplication was poor to fair in clarity and resolution. My video card has a signal port and 2 HDMI ports. I just plug my 2 monitors or a monitor and TV and get excellent results. You only have to set the display to duplicate mode. I got this Signal Port splitter to duplicate 2 active Signal Port connected Monitors. Don't buy it if you want to duplicate both active screens at the same time.

Overall Review: I give it 3 stars because it worked with high clarity and resolution so long as only 1 screen connected is active at a time. Do not buy if you want to duplicate 2 active screens at a time.