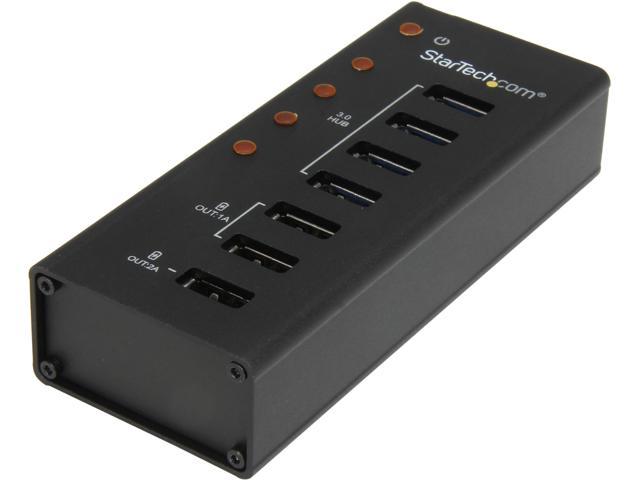 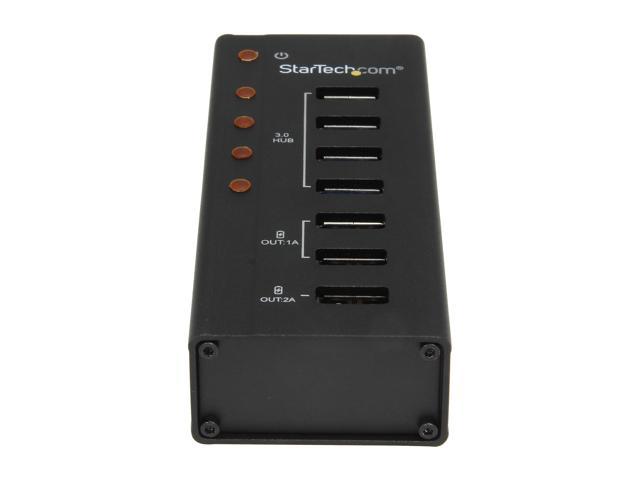 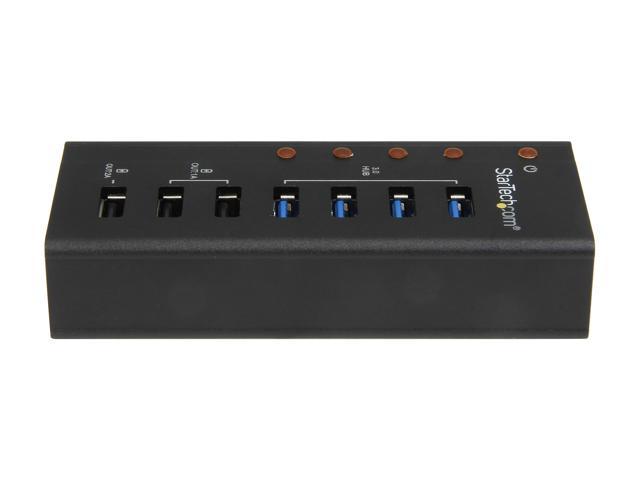 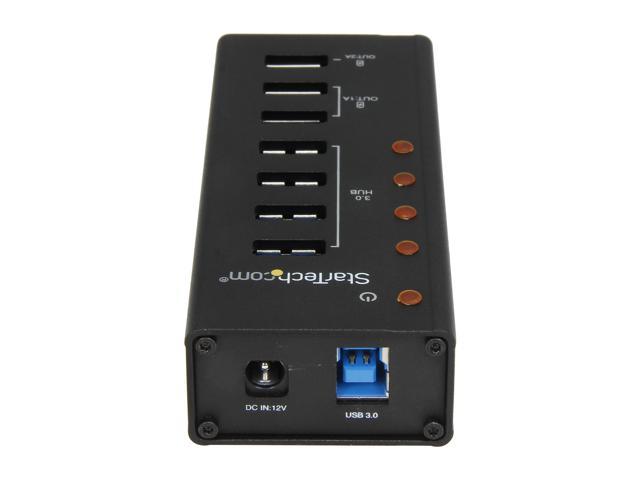 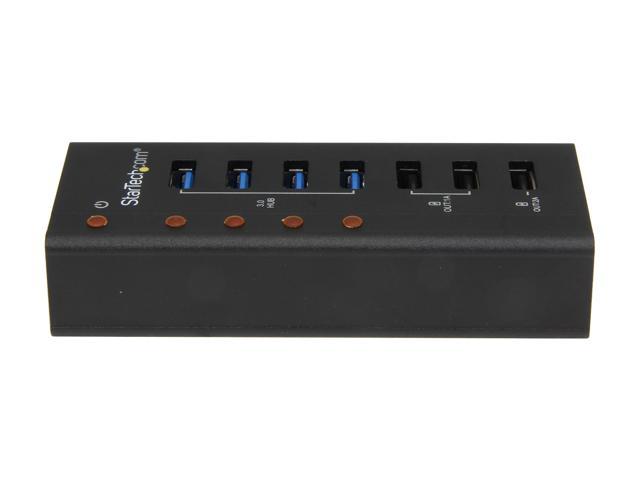 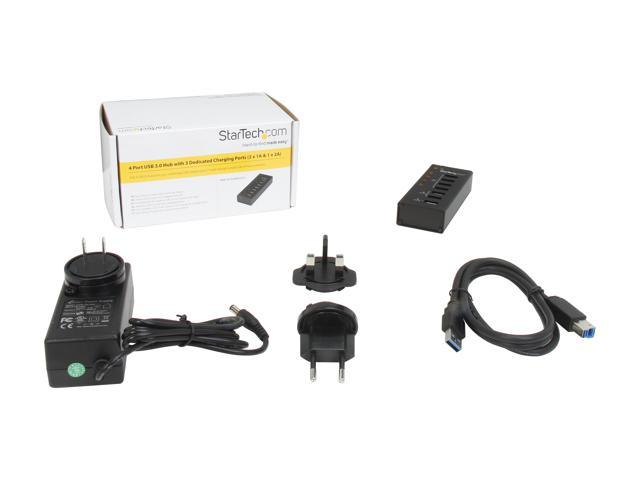 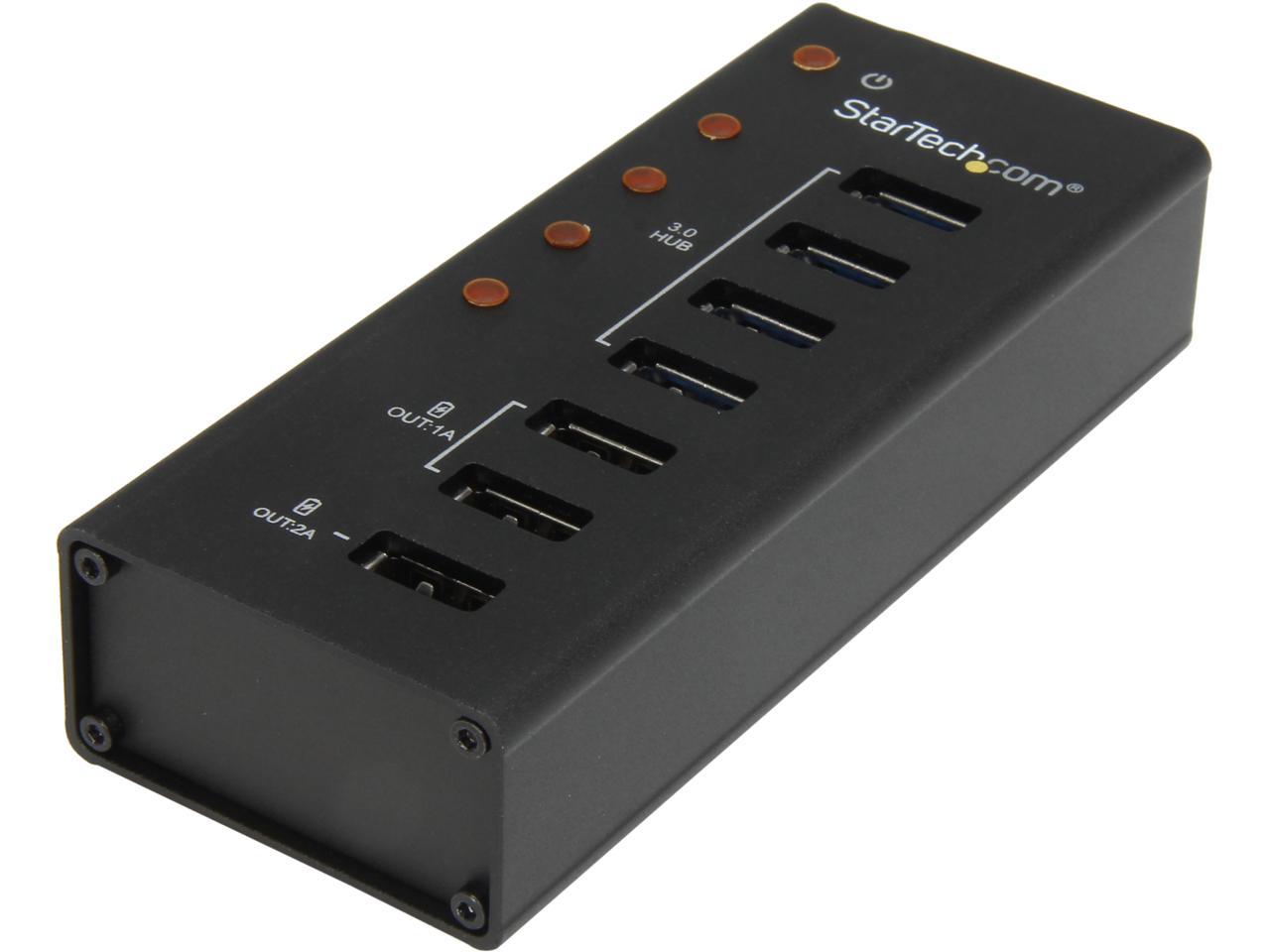 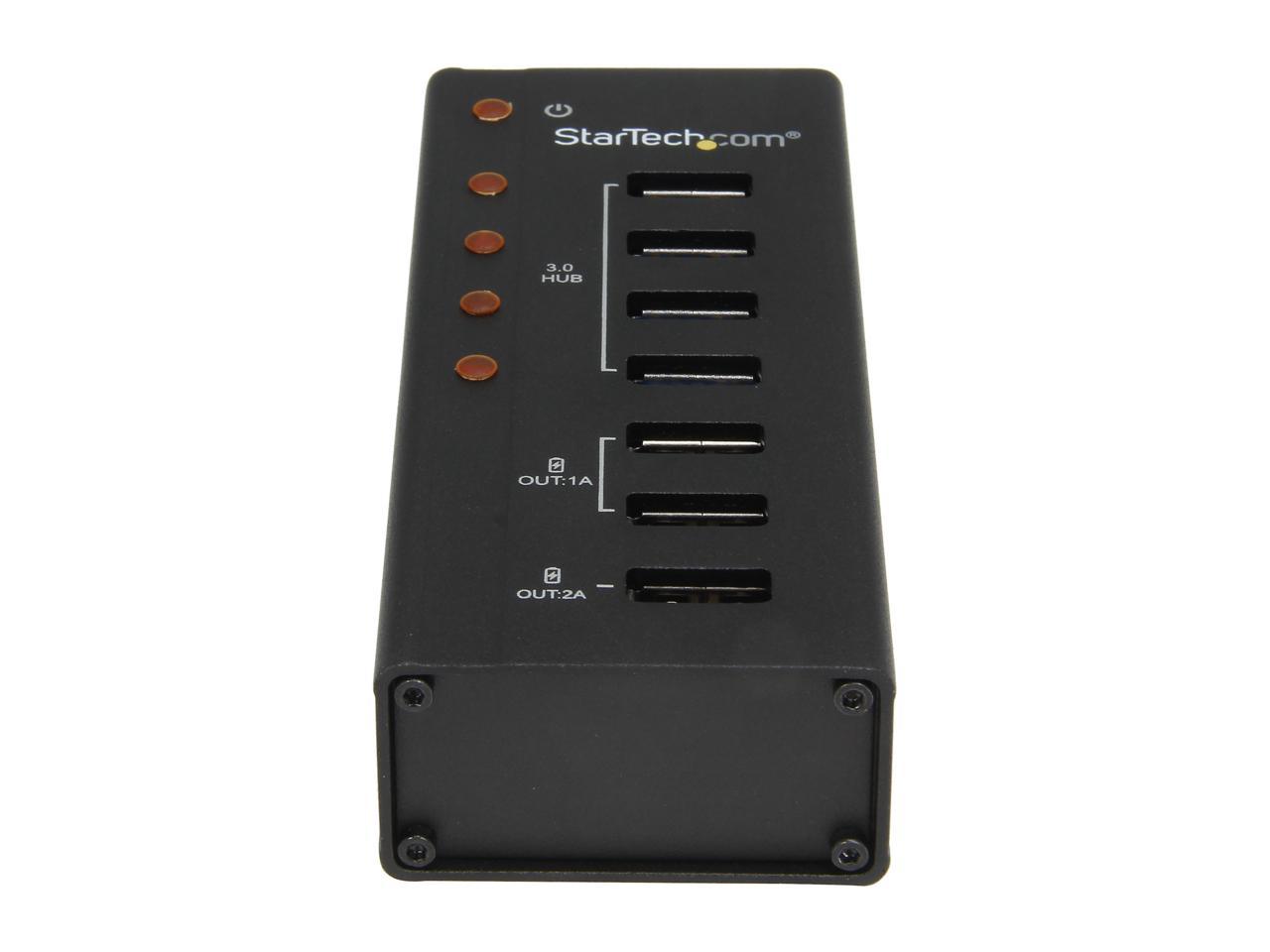 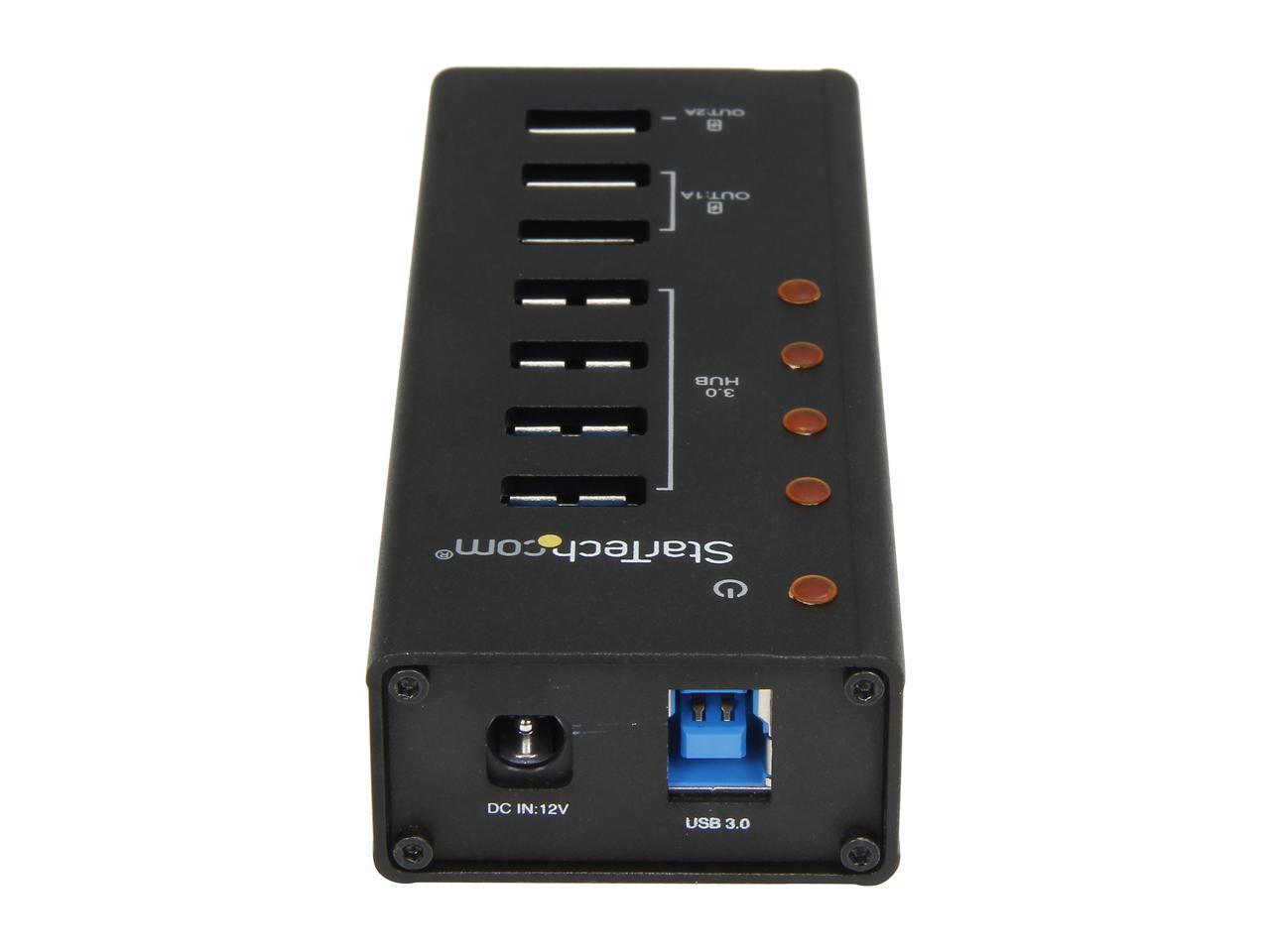 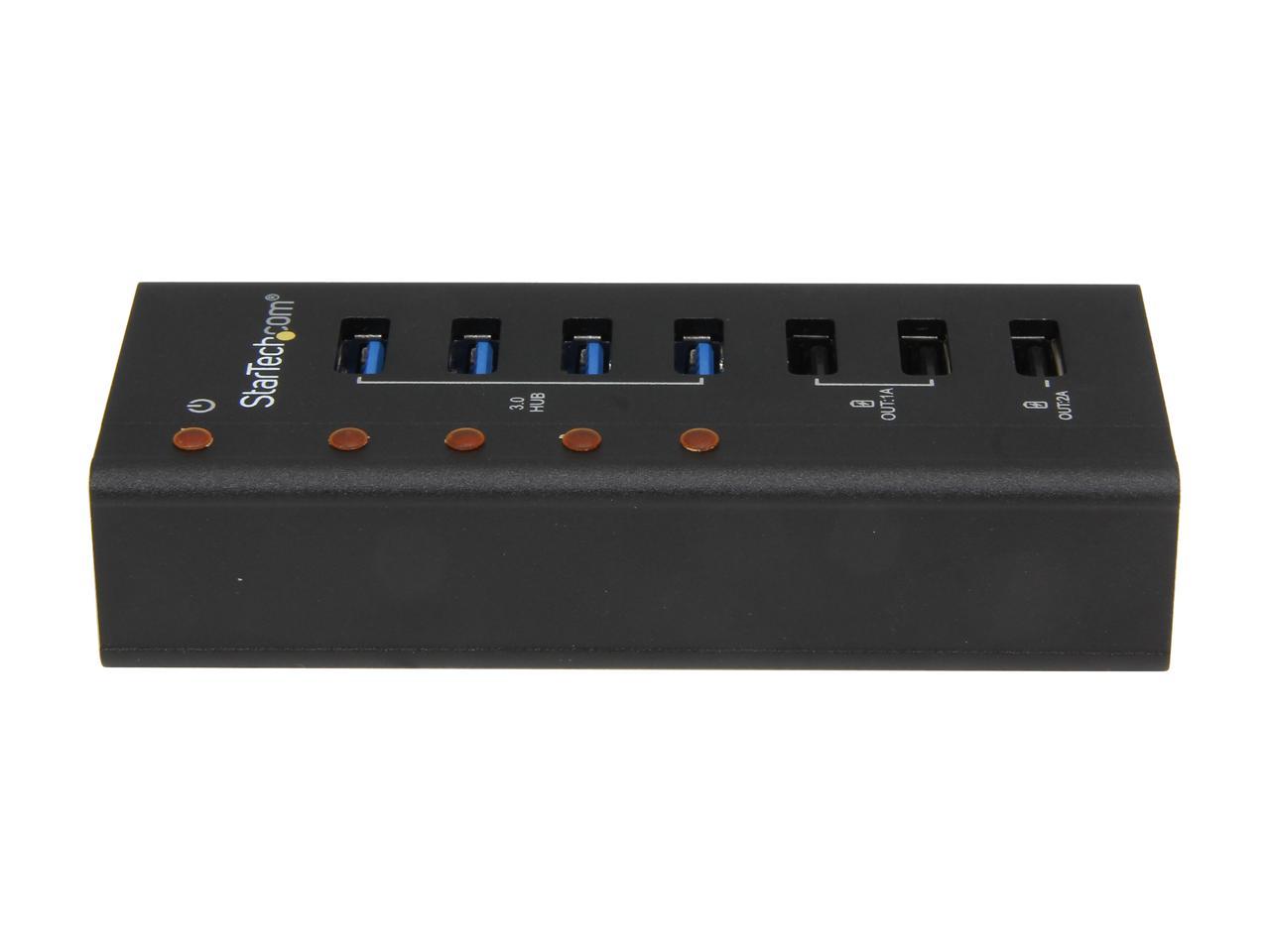 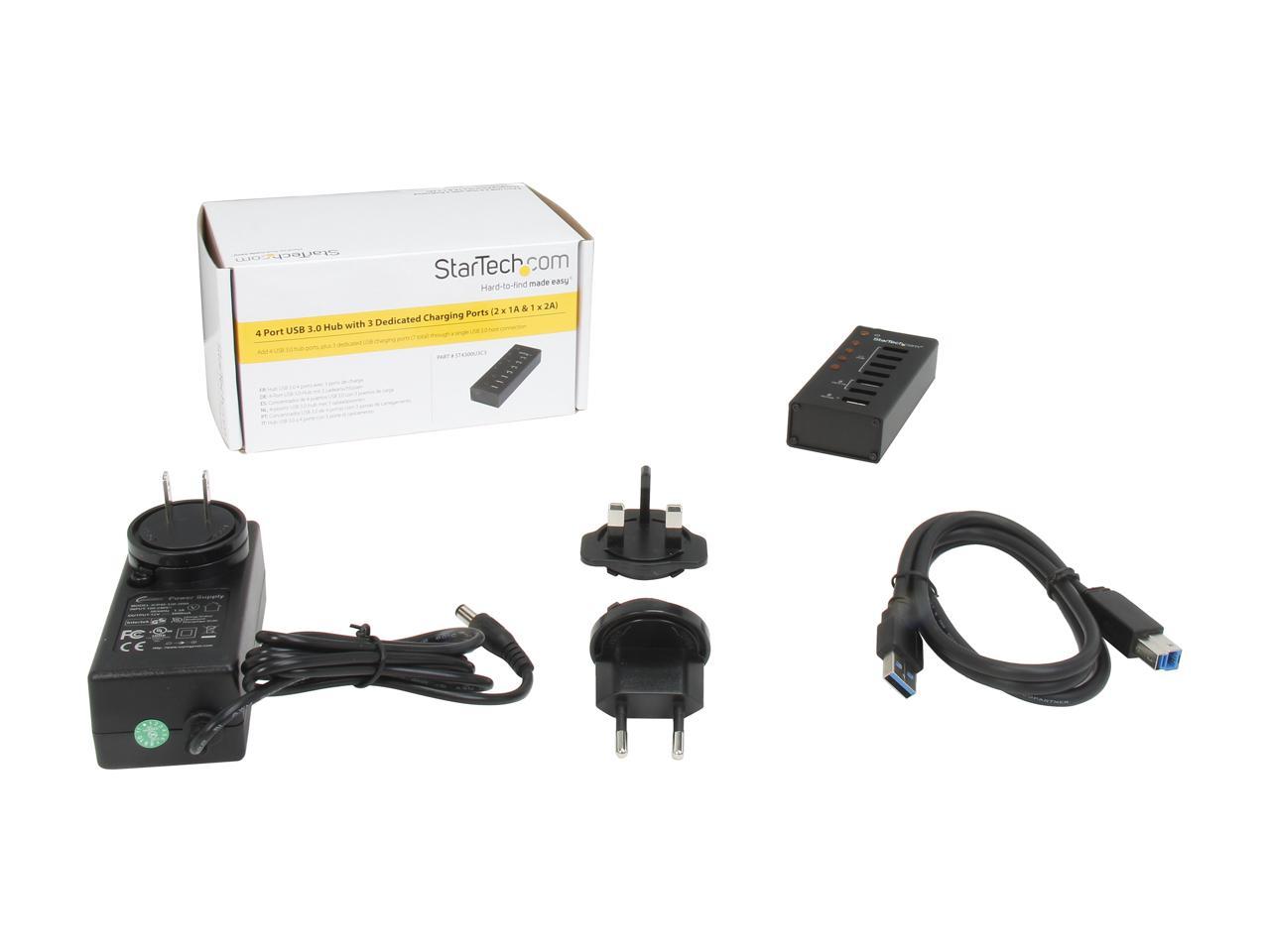 Learn more about the STARTECH ST4300U3C3

Overall Review: I would not recommend this product to anyone.

Overall Review: I like multiple plugs so you can use this overseas. When my wife and I travel, we now sometimes have two cell phones and two tablets. Using the charger ports will make things much easier.

Pros: It worked very well for me with no errors until it died. It was very fast with USB 3 devices! It has a good warranty!

Overall Review: I have contacted the Manufacturer and am waiting on a response! AND ... StarTech Fully replaced it promptly with a no need to return RMA! That is good service to me. They said it had a 2 year warranty so they do support their products very well!

2 out of 2 people found this review helpful. Did you?
Michael M.
Ownership: 1 week to 1 month
Verified Owner
Nicely made case. iPad only charges on dedicated charging ports, not on USB ports6/26/2016 7:16:22 PM

Pros: I like the mounting flange and size. Plenty of power for charging devices on dedicated charging ports.

Overall Review: You can get other USB charging devices that have more compact power supplies.

Pros: The housing has a matte finish anodized a deep black. It is very sturdy construction of heavy (.085"/2.2mmThick) extruded aluminum with .040"/1mm covers attached w/ 4 screws on each end. Indicators: On each communicative port, activity LED's accurately indicate status. They glow if a valid USB device is communicating with the computer, or if any memory device is attached by glowing when active, and darkening when it is safe to remove. The board is held within the housing by guide rails molded into the sides. I have had no issues with multiple devices plugged into it and all ports charging. Not shown For wall mounting, the unit comes with a 5-1/8”x1-7/16”/130mmx37mm flat-black steel plate that fits neatly into a depression on the back of the unit. Provided are 4 countersunk M3x0.5 threaded screws about 6mm long that attach it A piece of adhesive backed rubber .020”/0.5mm thick with four ¼”/6.4mm circles cut into it are intended to cover the countersunk screws or perhaps be used as little feet. Two slotted holes at top and bottom spaced 4-3/4”/120mm allow it to be mounted to something wall-like.

Cons: 1st off, let me say that I am going to buy another one of these. Now to be picky. The unit arrived well packed and undamaged complete with all the items illustrated in Newegg's images of the product in addition to a mounting bracket, screws, and which is not shown. When I powered it up and inserted a device to be charged, all was well, but sometimes when I wiggled the USB connector inserted into any of the USB ports, the normally amber power-on indicator brightened, dimmed, and/or turned red or dark orange. The other LEDs were not affected. I thought perhaps it was an indication of how much current was being used, but that turned out to not be the case. I ignored the issue as I was only using it as a charger for a few months, and never left it unattended. I unplugged it from the power source when it was not it use. Well, finally, actually after another Newegg customer asked about the dimensions of the unit, I decided to look into the matter. I read the manual, which of course I had not done before, to see if there was any mention of the LED indicating power use as well as the fact that it was indeed energized. Nope. So I took it apart and after much goofing around with the thing I discovered that the power LED leads were being grounded against one of the case rails into which the main board slides. I ended up desoldering one lead, bending the lead away from the case, and then resoldered. I repeated with the other lead and then shifted the insulative sheet that was adhered to the bottom of the board over towards the LED leads so that when the board with inserted into the housing the sheet bends down between the case and the LED leads. This appears to be just a "one-off" incident as all the other LED leads are straight up, cut closer to the board, and not at all in danger of being shorted. It appears that the Power LED was reworked as their was flux residue around the leads and the leads were longer and angled towards the outside of the board, unlike the others. The unit now functions flawlessly. No shorts, no sparks, no errors.

Overall Review: 1) I would have given this device 5 stars if I did not have the shorting issue. 2) The lenses over the LEDs are press-fit into their holes and there are little flakes of flash under the lenses’ "rivet heads". It comes out with the point of an Xacto knife and may actually be remnants of a protective plastic layer that may have overlain the housing to protect it during processing.

Pros: has a lot of ports

Cons: half the ports didn't work upon arrival, and 1 month later, they are all broken. useless waste of money.

Pros: Pros: - External power (5V/4A) - No errors from my phone about needing to use a better charger - Ports on two sides and on top, so you've got space for that one weird plug - There's an on/off switch. I'm not sure this is a pro, but there it is - There's a little status LED so you know if it's on/working or not - Comes with different power outlet adapters if you are outside USA

Cons: Cons: - Only con is the price, but I think it's worth paying extra (1) to know they didn't cut safety measures for cost and (2) for the external power supply (5V/4A) - Maybe some aesthetic cons, the ports on top stick out in a little mesa, but it doesn't affect anything other than looks

Pros: Nice and simple to set up. Very shiny. Comes with heavy duty USB cord specially configured to keep power and data separate. Has a button to turn charging socking power on and off. Handles all my USB devices including synthesizers and MIDI controllers. Blue light on each socket indicates when data or power is transferring.

Cons: Power supply cord could be a few feet longer. Desks are not always right near a socket, and not everyone uses power bricks.