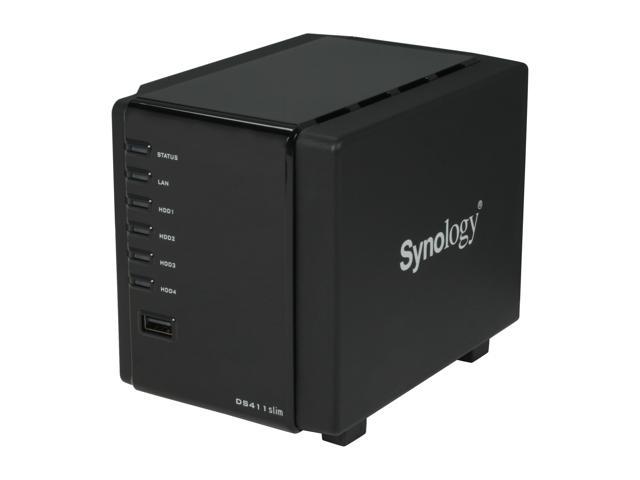 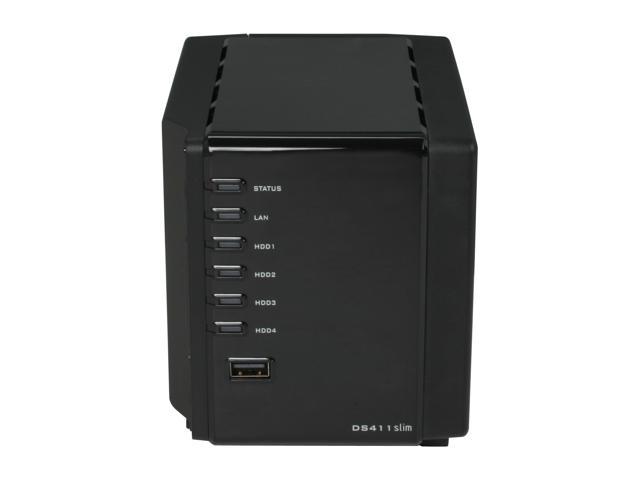 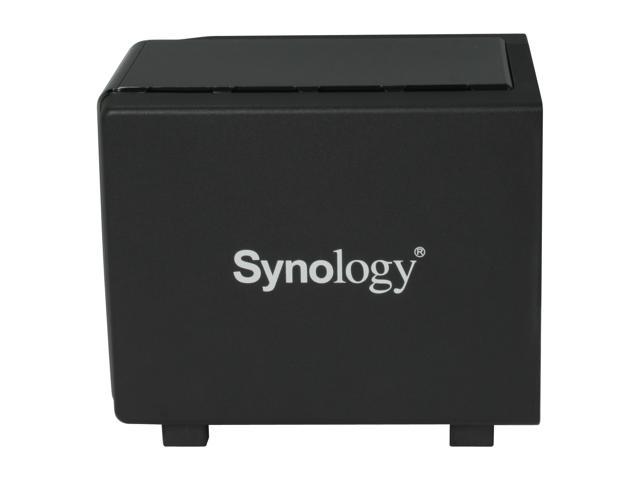 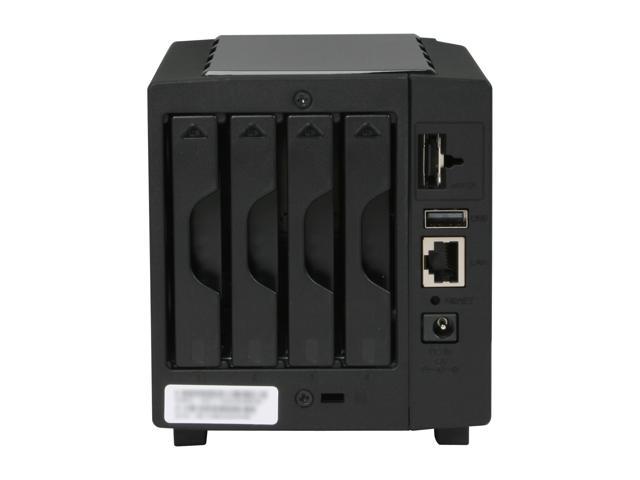 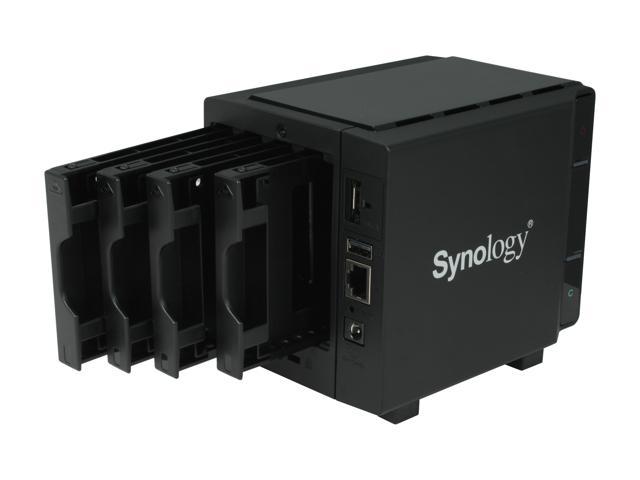 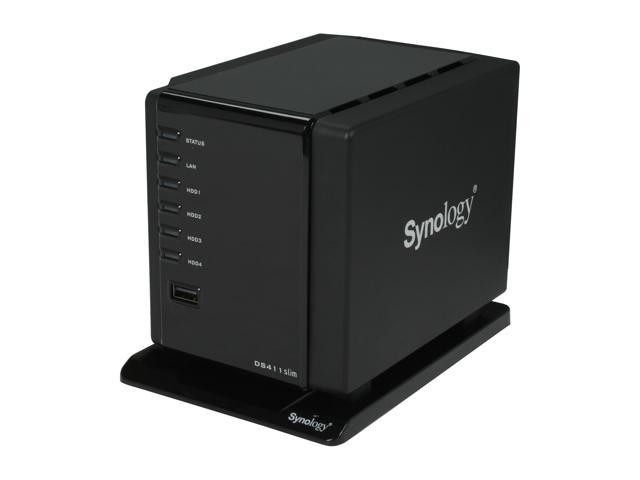 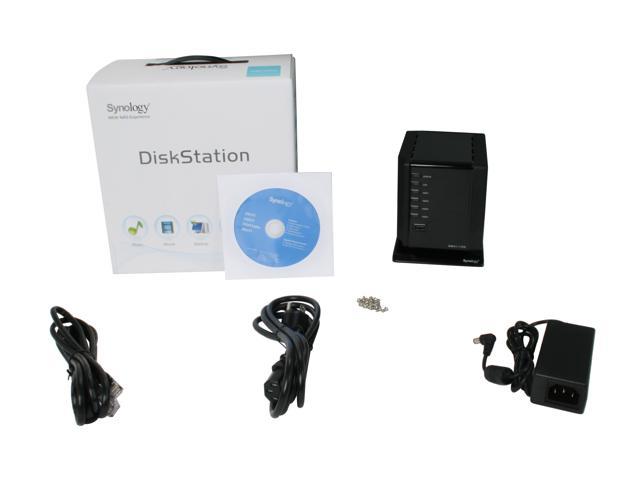 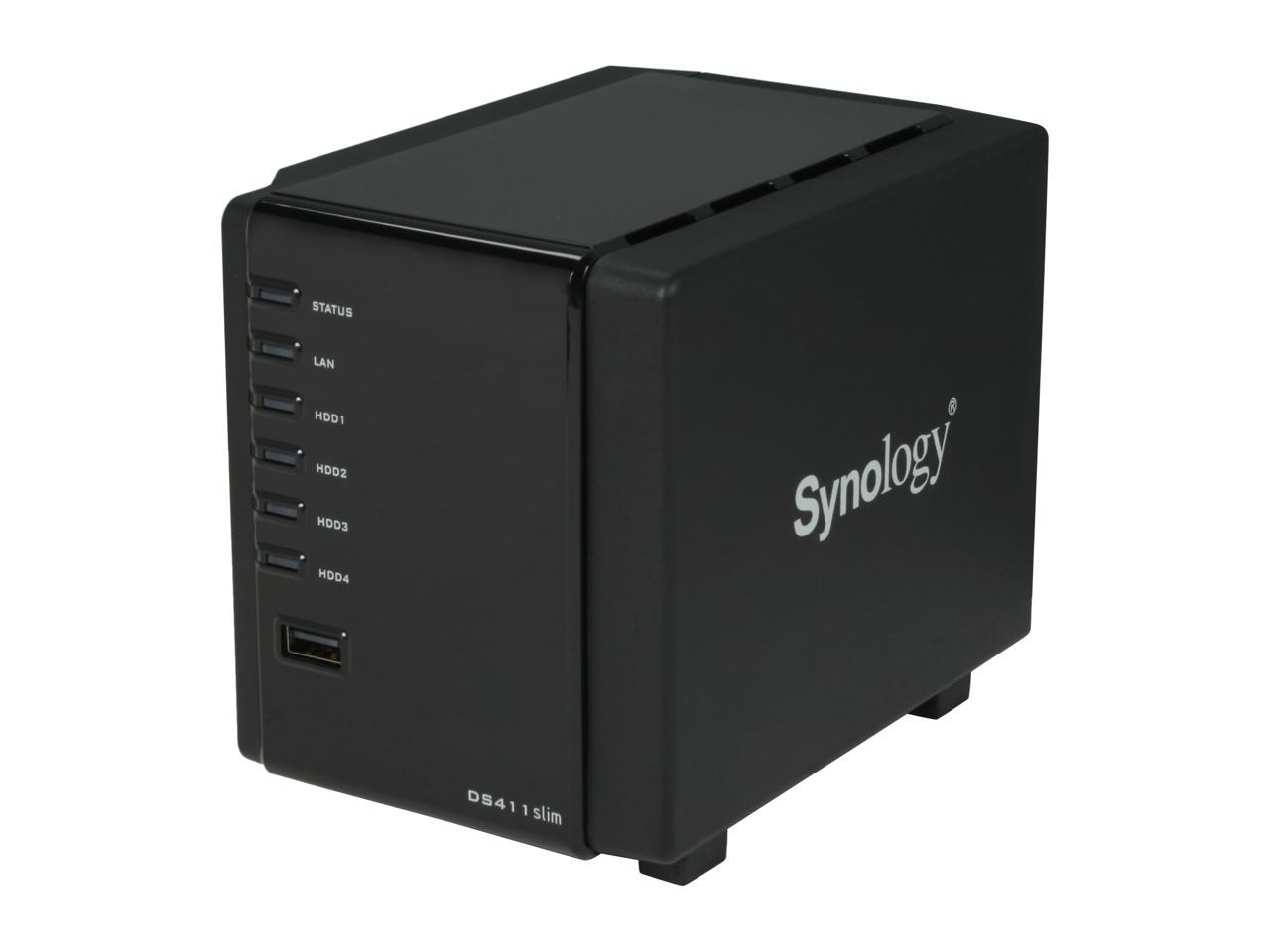 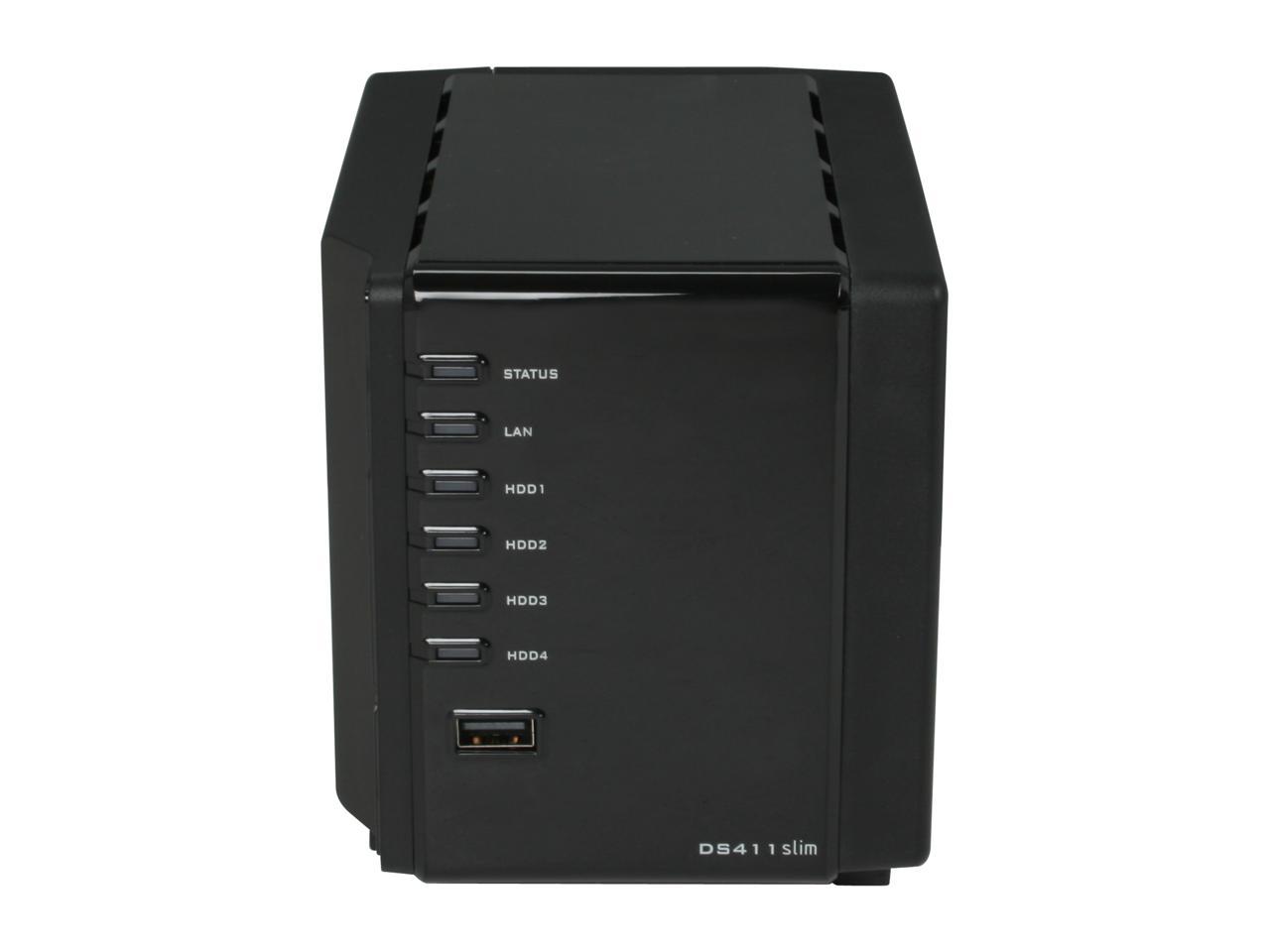 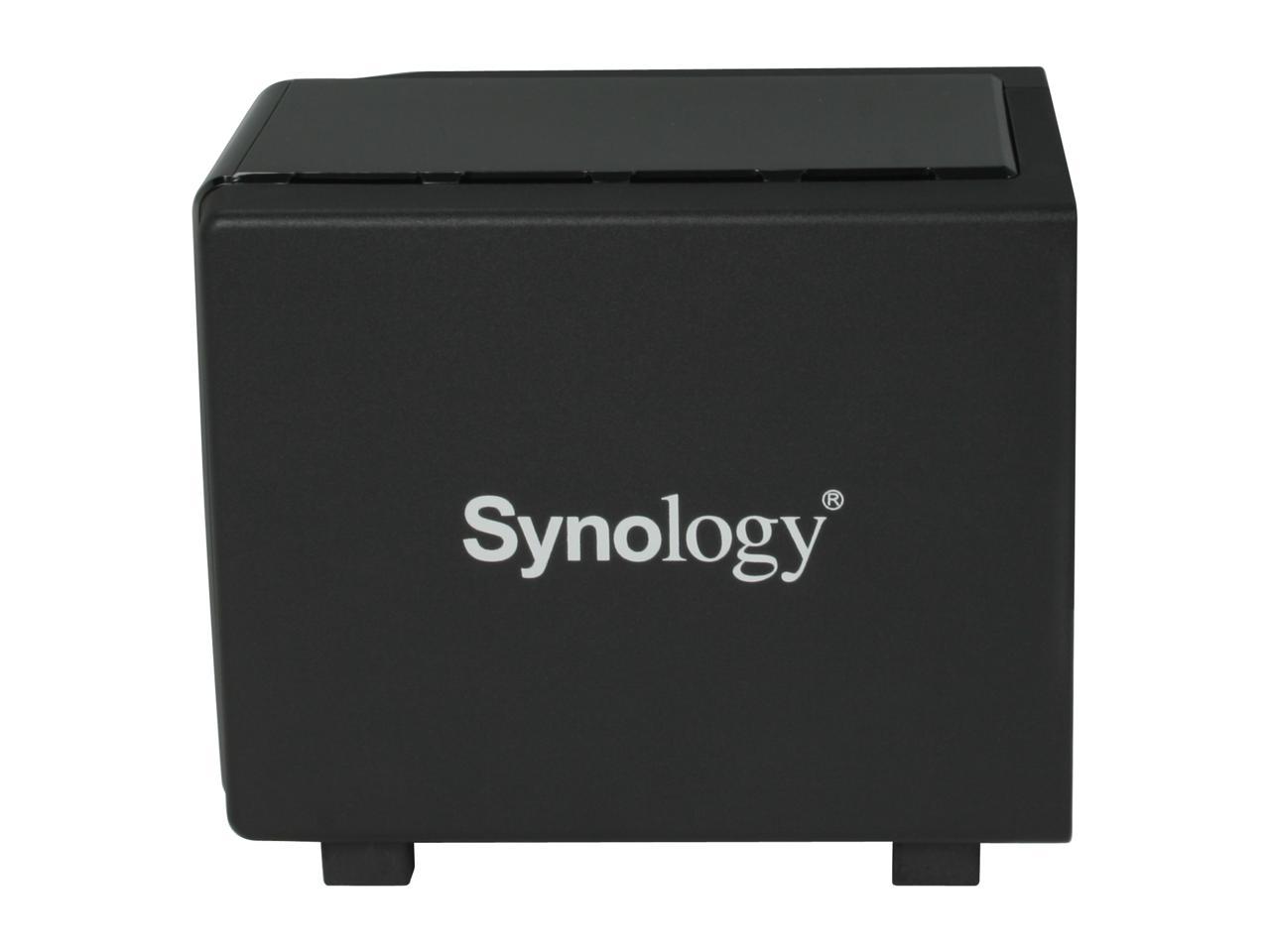 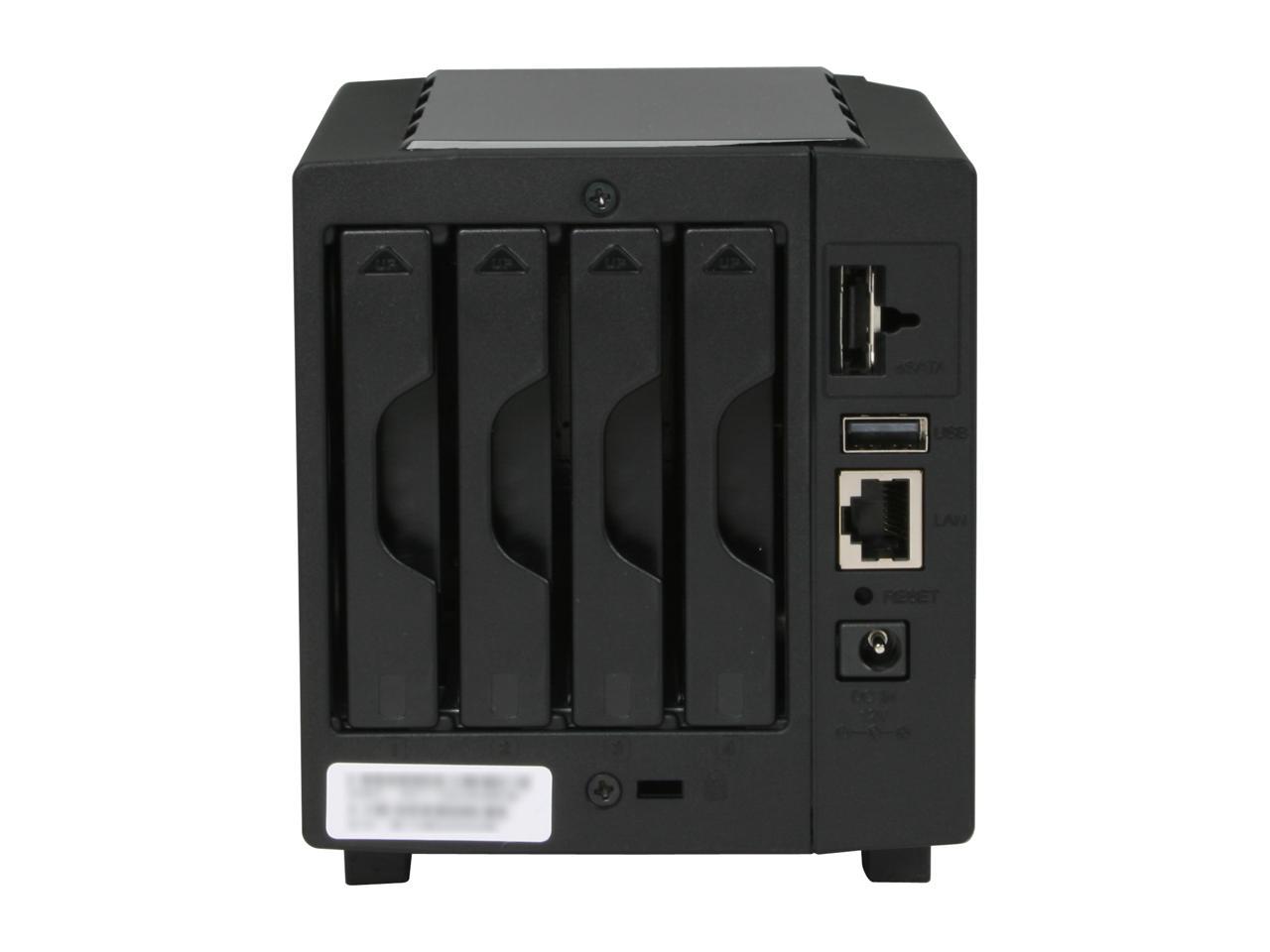 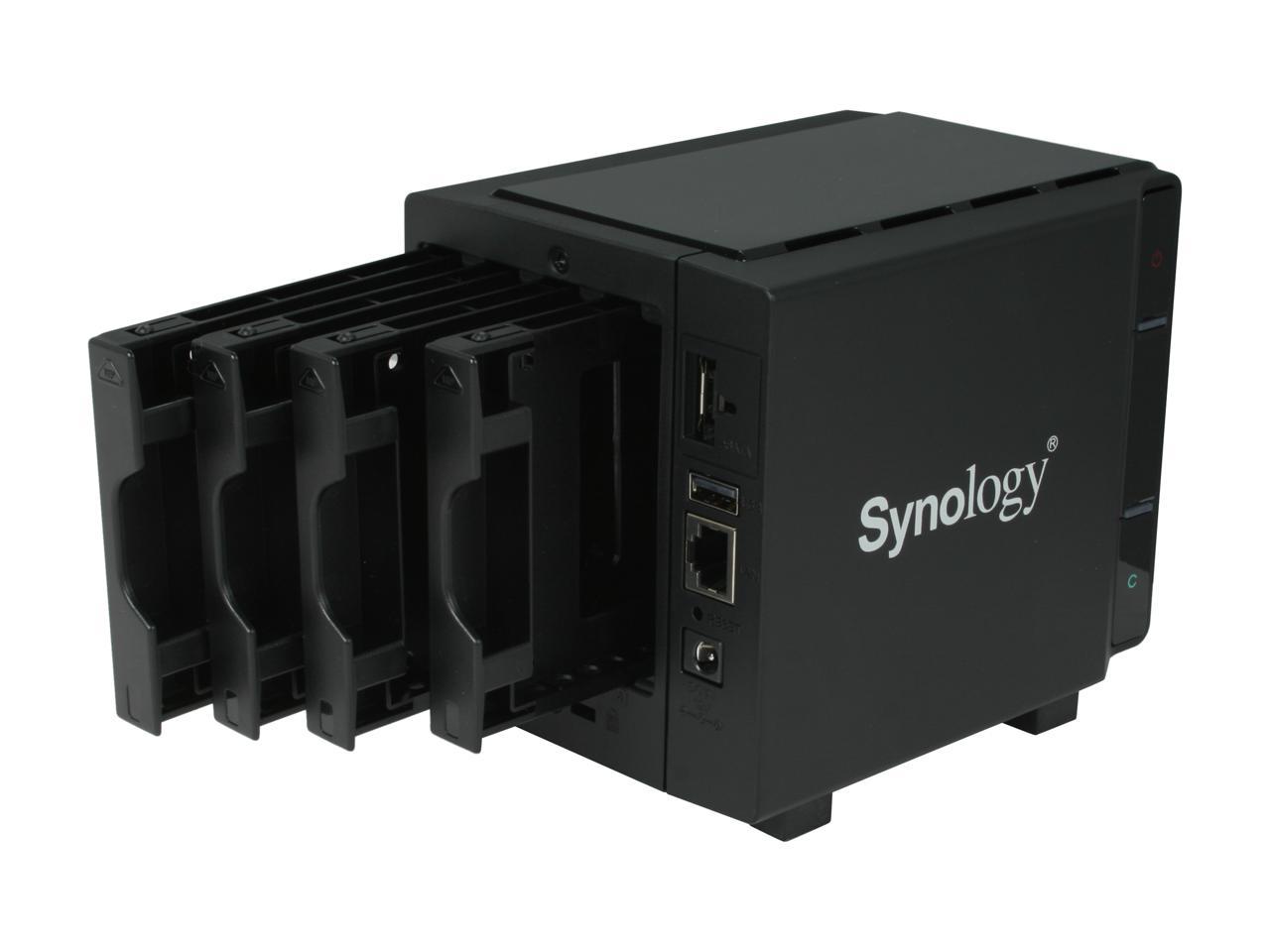 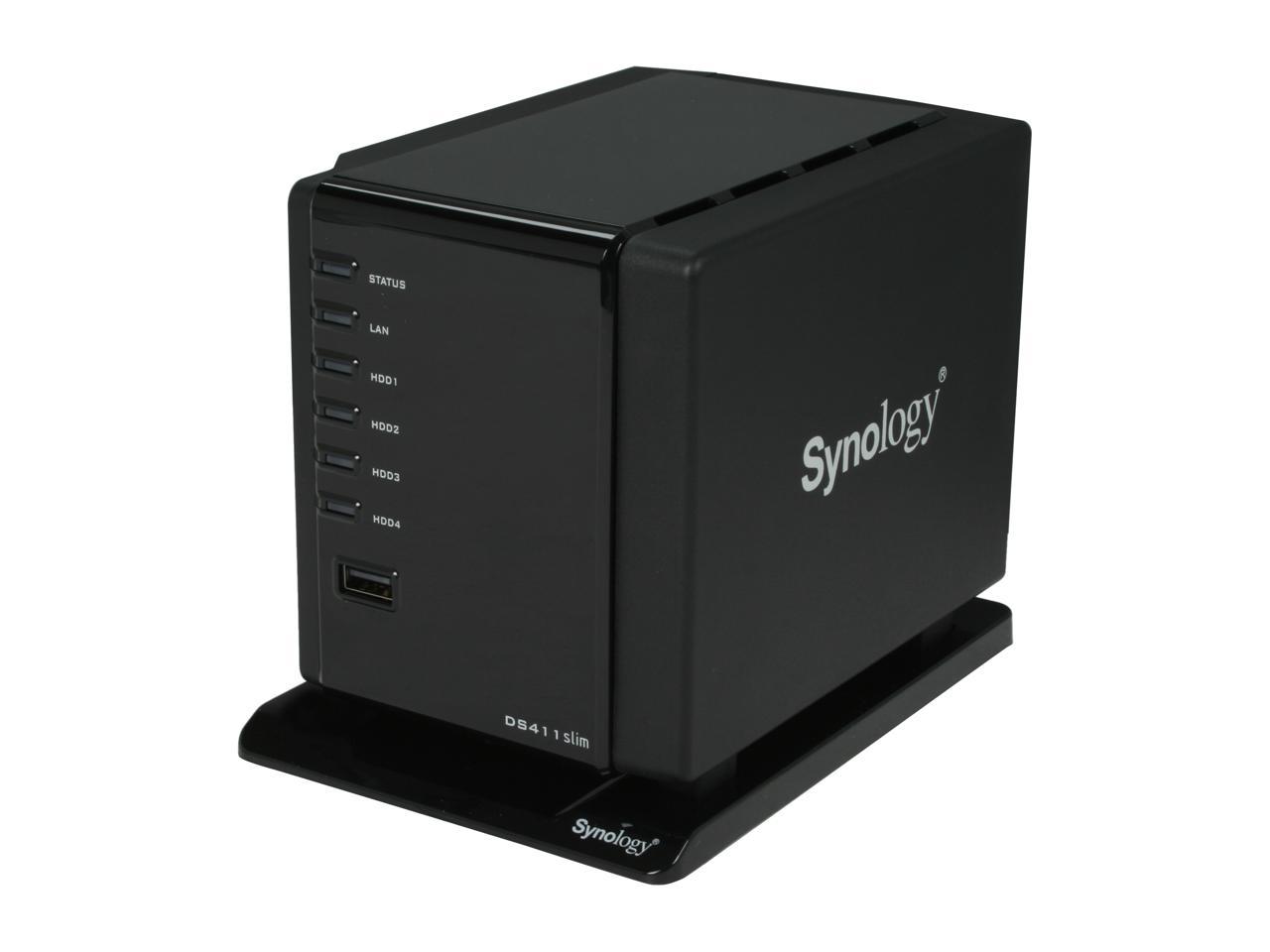 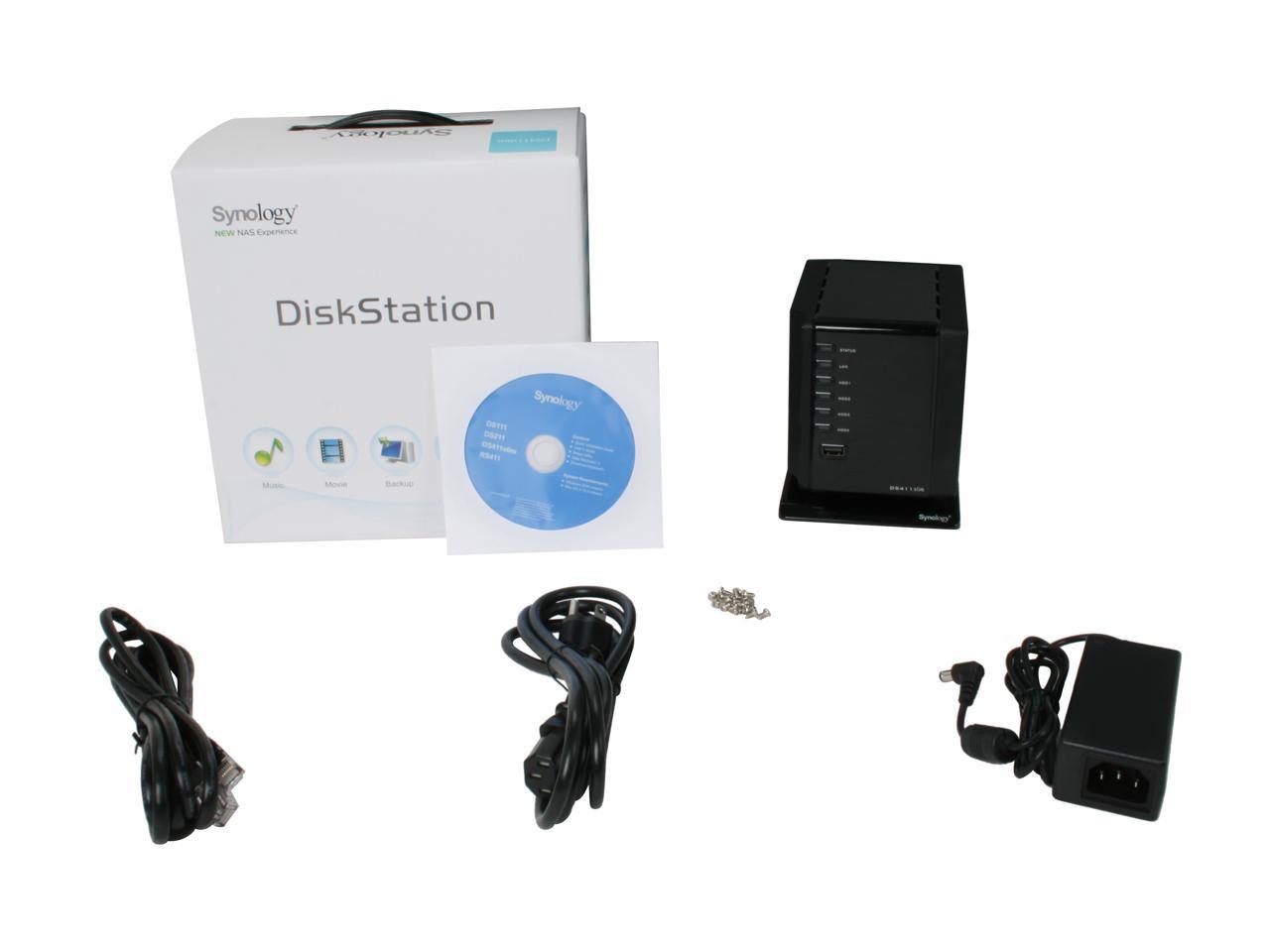 Cons: A bit slow using the included interface to transfer files; mapped my "drives" and used Win7 Windows Explorer instead. Have to be careful to not close the web-based interface during transfers if using the included file manager. Need better logging of transfers. Minus 1 Egg for less-than-stellar (but functional enough) interface. The new version is due out soon; hopefully it will address my minor gripes.

Overall Review: I'm not sure what Synology's "Hybrid RAID" really is, so I went with standard RAID-5 across 4 1TB WD drives (2.7TB total usable). Documentation leads one to believe that an eMail SERVER is included; Haven't found that yet (lol), but an eMail CLIENT is included. "Not Ready..." reviewer: If it failed after 8 hours, surely you are looking for warranty replacement? My understanding is that Synology's Tech Support and Customer Service is pretty good ....

Pros: SMALL & QUIET. Low power usage. Attractive piano black appearance. Green LEDs are not blindingly bright. Expandability via eSATA and USB ports. RAID 0, 1, 5 and Hybrid (Hybrid allows you to use different HD sizes with protection similar to RAID 5 - pretty awesome because at any time you can independently upgrade hard drives and retain your RAID data without needing a full rebuild). Synology's Disk Manager is a joy to use after using other lackluster NAS GUIs, giving you tactile control of FTP, web, AFP/CIFS/NFS sharing, users, media, torrents and a myriad of other features. The Download Station rocks! It's a lot like uTorrent.

Cons: Sometimes does not refresh or "empty its own trash" after you've deleted files, requiring a reboot. Also, over time, the CPU will overheat and cause the system to automatically shut off. Happens on almost everyone's DS411slim eventually, took a few months in my case. There is a fix discussed on Synology's forums that results in the system fans kicking in at lower temps, which I feel is a necessity on this NAS. Better to have funs running 24/7 and having a little extra ambient noise than whisper-quiet operation and system reboots every 2 days.

Overall Review: The DS411slim is a modern marvel in my opinion. While most home server and/or NAS enthusiasts are concerned only with total capacity and throughput, there is something to be said about a tiny box that can still handle 4 drives, advanced RAID configurations, act as a webserver, FTP server, torrent download manager, iTunes server, DLNA server and a myriad of other functions, and still not break the bank. While you only get half (or 1/3) the storage capacity of comparable 3.5" NAS devices, you do have the ability to attach external hard drives to expand your capacity, and hopefully 2TB 2.5" drives are not too far off.

Pros: *Unbelievable* device for it's size and price. I simply needed a NAS for my home network. I wanted something robust and redundant. Come to find out this device does SAN with iSCSI, has eSATA & built in file management. I have all my data stored on it, I'm running backups of my families laptops, I have movies and music stored on it which can be streamed to my network devices, I also have the Web Server running a PHP Wordpress website with MySQL 5 and I use FTP when I'm at work to get files I need from home. I can plug in my thumb drive and do instant backups, my USB printer is shared from it, and I have Dynamic DNS setup so I can get to it from anywhere. For those that use iTunes, it is an iTunes server. It can be a member of a Windows Domain for NTFS permissions. It auto shuts down every night and starts back up in the morning. There is almost nothing it can't do. And the graphical user interface is the most intuitive & clean UI I've EVER used. HAS NEVER CRASHED & NO GLITCHES!!

Cons: just one really: The operating system needs to run on your drive array. You need to push the operating system from a computer using the included software after you configure your disks. So if your disks fail not only is your data gone but the whole operating system with it and you'll need to start fresh. It's not standalone out-of-the-box. A MINOR inconvenience. In fact I understand why - the OS is so robust it could never fit on ROM/flash. This is probably the issue with the other negative review - I'll bet his drives failed.

Overall Review: The best IT purchase I've made in a long time. Worth *every* penny.

Overall Review: I set it up in SHR with 2x 1TB drives. I setup the Photo App and works well. I setup Data Replicator 3 in Sync mode and is working great.

Pros: Speed. Upgrade disk size what ever i want. My setting is all 4 2.5" drive 750gb 72rpm HD. but next couple month i am planning to upgrade to all 4 750GB SSD for having for best speed and less heat.

Cons: none. But must read and have little research first if you are not a tech guy. Setup process is little hard.

Overall Review: Best NAS ever. Speed. Power. Option Function. all ... everything is great for me. No more lag like WD myBook Live... no more...

Pros: Tiny and almost silent in our office. I use this box as a target for 6 Time Machine backups, 4 Win7 backups and a few database backups. I've got it on a UPS and haven't had a hiccup so far. The management interface is great. Setting up individual shares and quotas (one for each backup) is straightforward and quick. I spend almost no time managing it, and that's the way I want it.

Cons: Transfer speeds are a little slow, but that's to be expected from 5k laptop drives. Reads are decent from a raid5, but it's not a monster by any means.

Overall Review: If I had it to do over again, I probably would go for a 3.5" enclosure to get more space/speed, but I'm very pleased with this enclosure. I also have it as a dump for iTunes music, which it serves up exceptionally well for our lab space. No problems over 8 months. Five eggs.

Pros: This device paired with a good desktop synchronization service like Allway Sync will keep your files protected and share-able across a home network. Stop worrying about your files, buy once and never cry about lost files again.

Pros: I got this because i originally had a ready nas NV+ and needed a solution that had iscsi. I wanted to add a datastore to my ESXi server in my lab. This unit has far exceeded my expectations. I've had it for easily over 4 years and it has been running rock solid.

Cons: no redundant NICs. the iscsi permissions can be a bit annoying when rebooting devices. I have nested virtualization with ESXi and a dedicated LUN for my file server. I tried to lock it down allowing only the iscsi initiator of my file server (windows 2012) to connect to the LUN but everytime it boots the physical host connects to the LUN first even though I specified that I only want the file servers initiator to connect.