Top Rated
941 Ratings (91% Positive)
This badge confirms that this seller has high ratings based on customer satisfaction and on-time delivery. See More
Sold and shipped by: 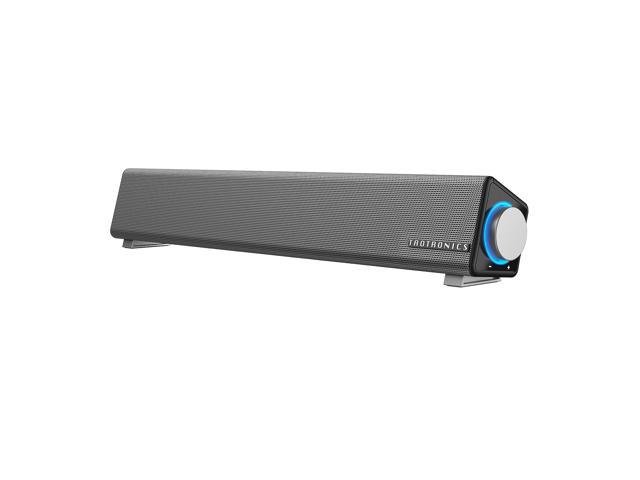 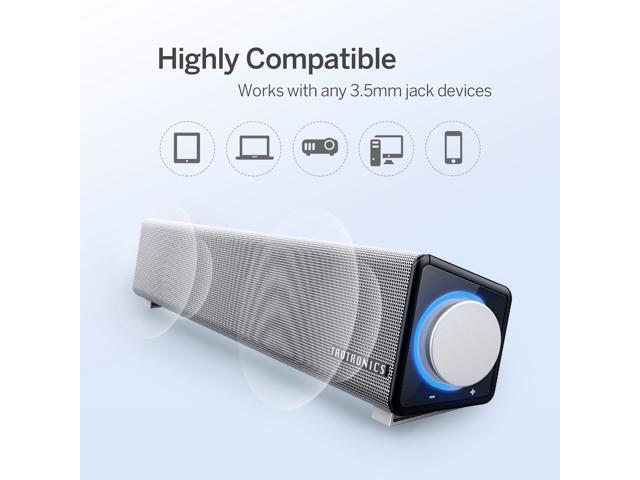 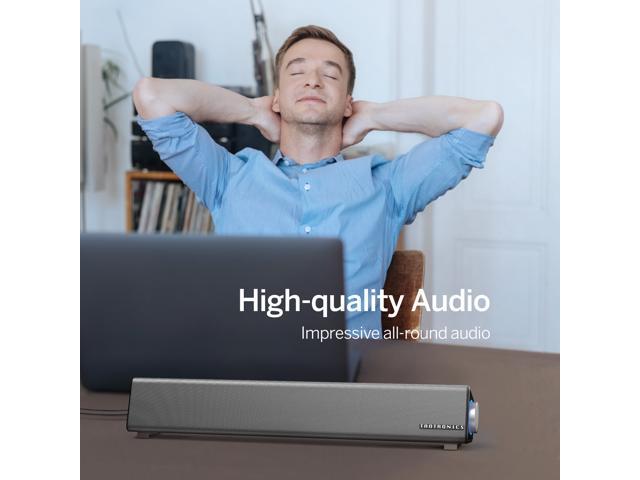 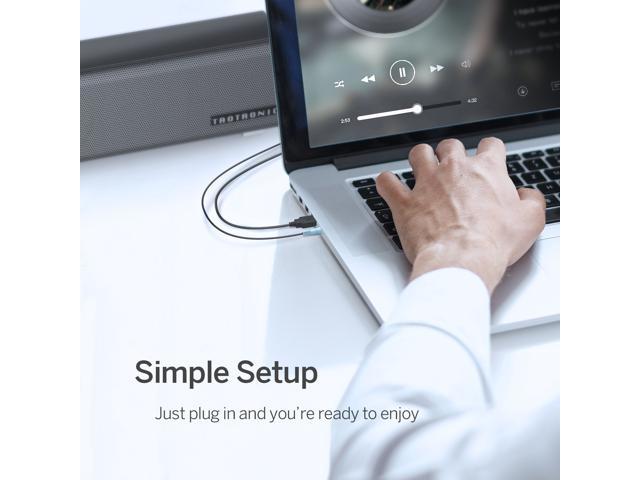 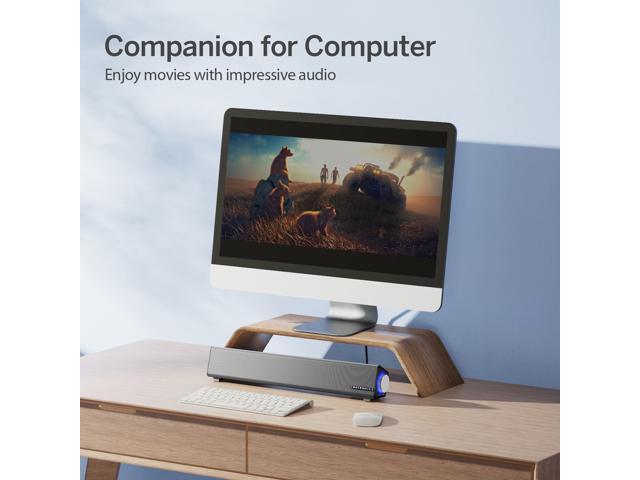 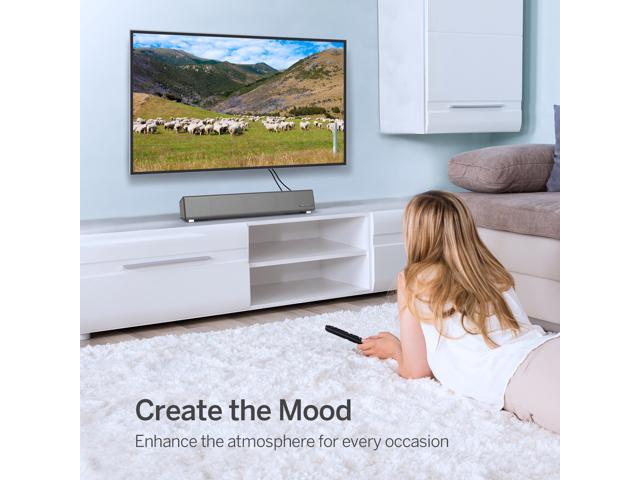 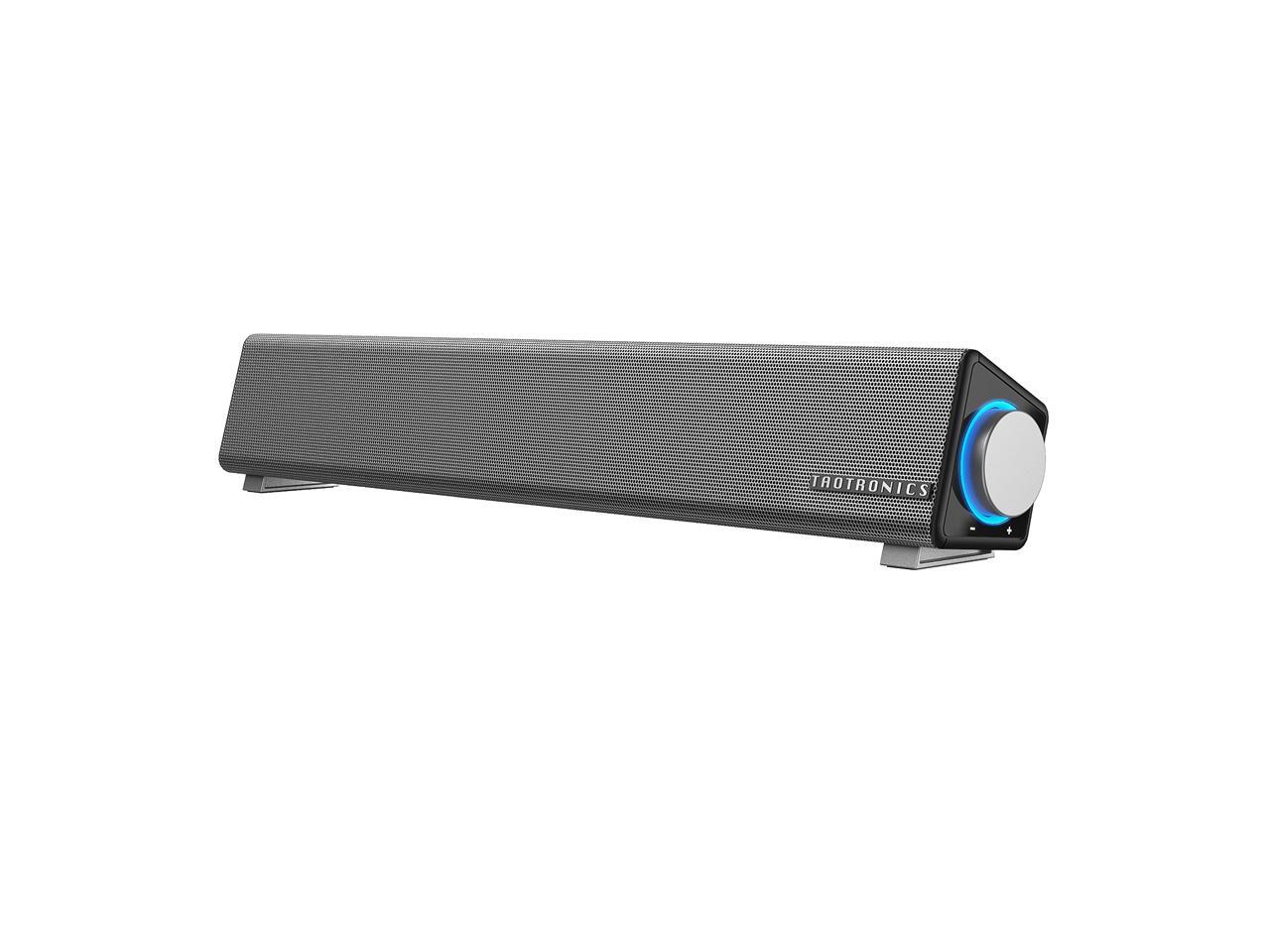 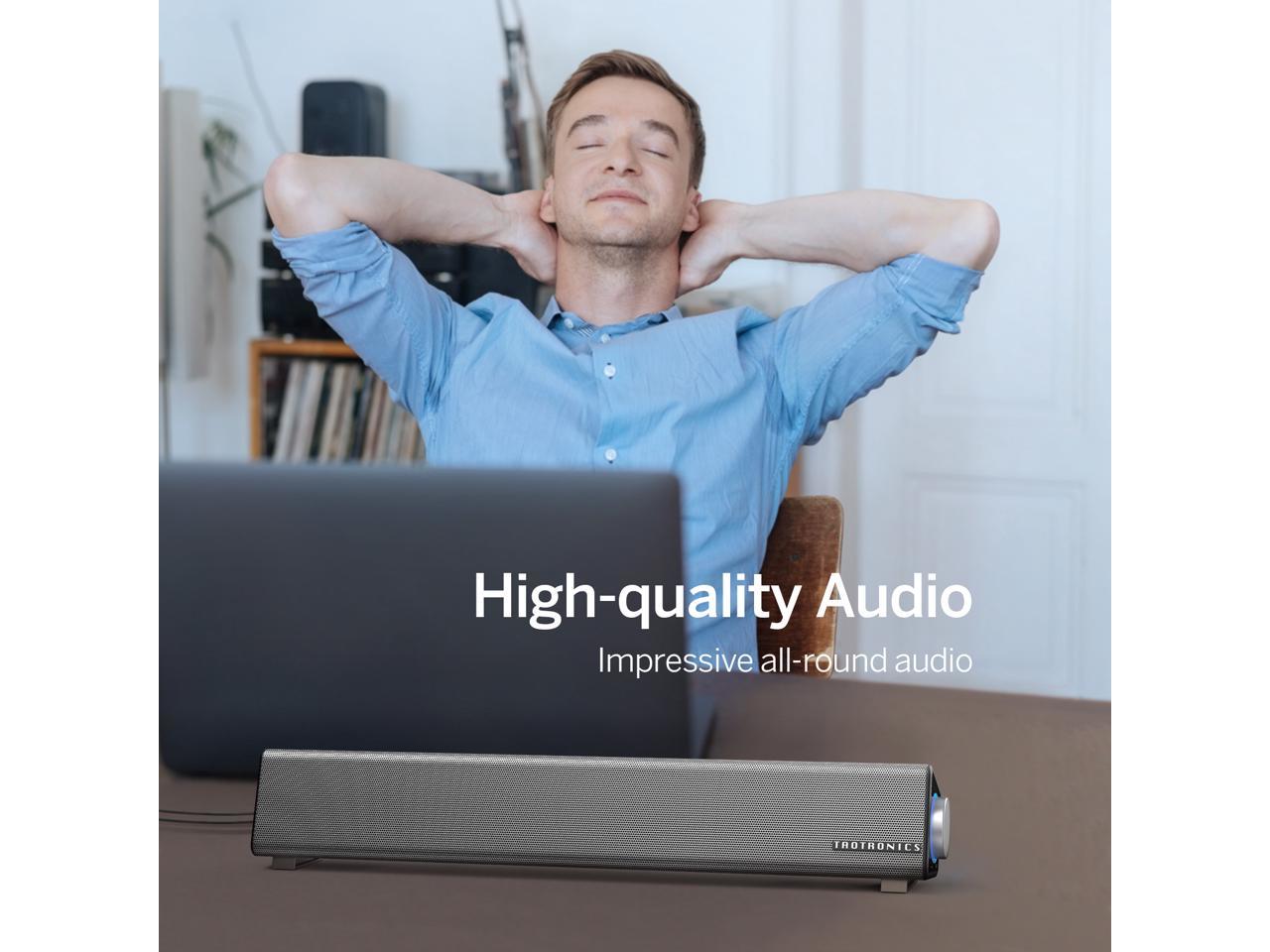 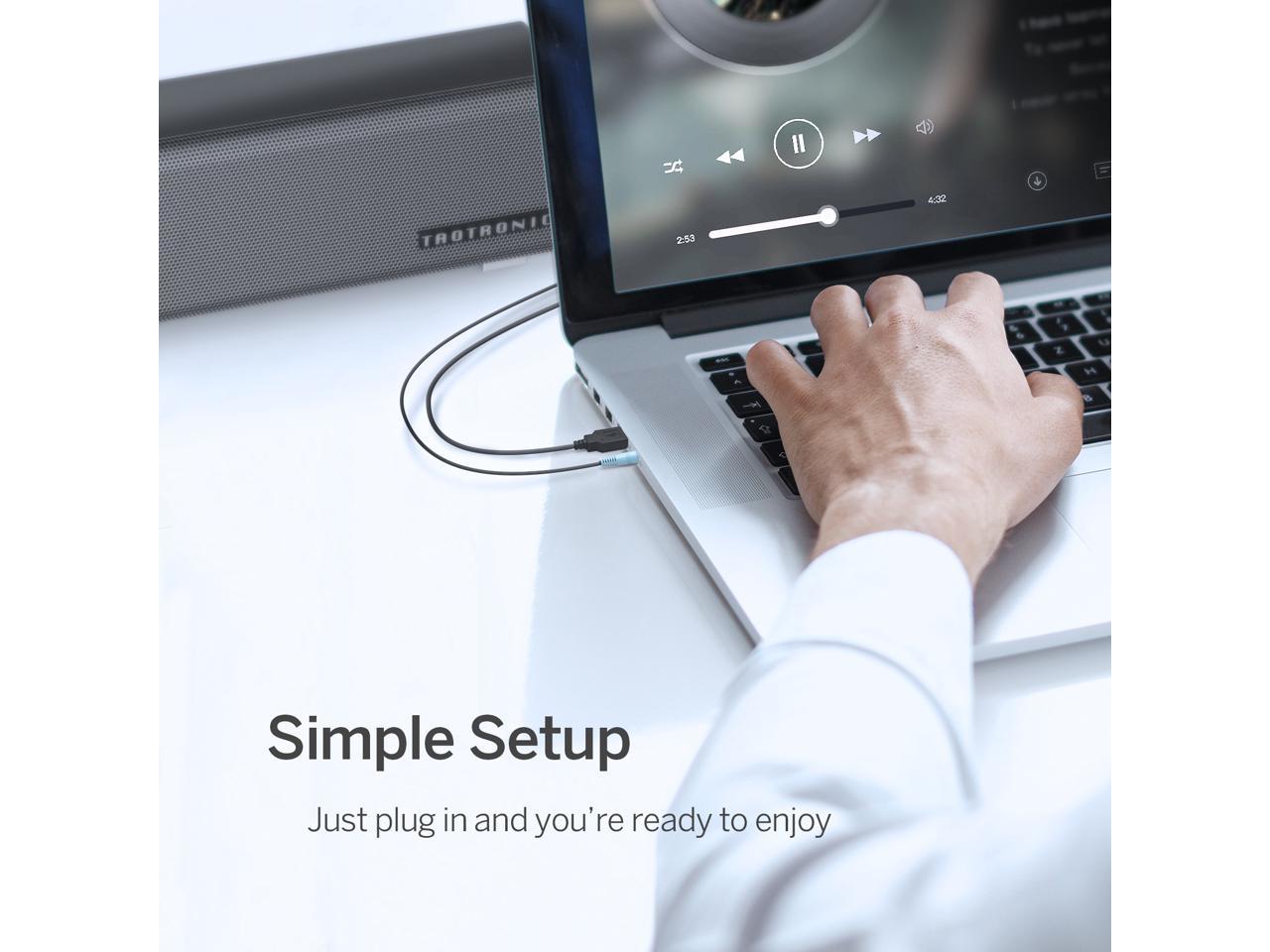 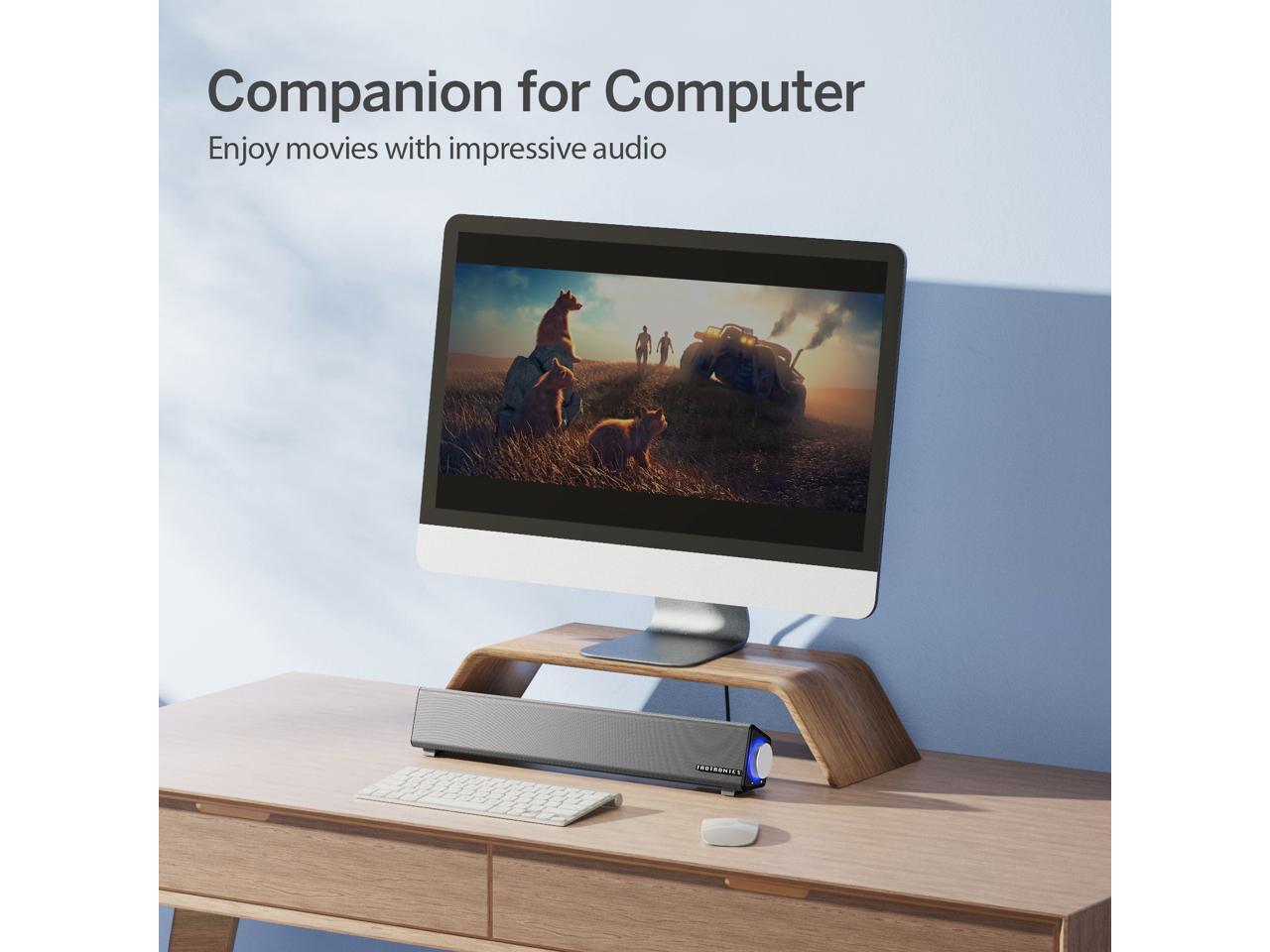 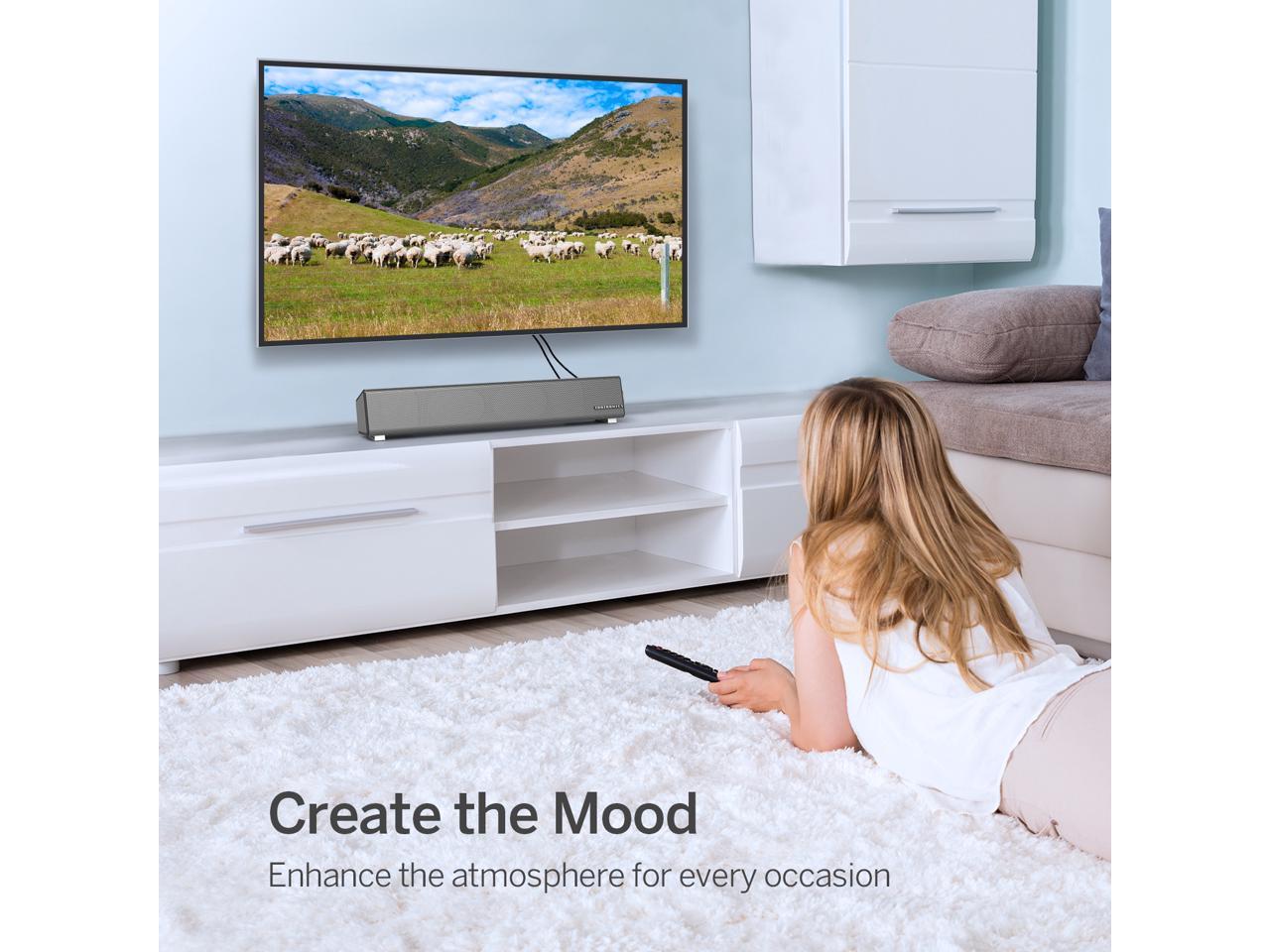 Pros: has a headphone and microphone connection passthrough. Compact.

Overall Review: Terrible sounding, I tried from multiple sources, was going to use as a sound option for a smaller led LCD TV I have mounted at my office, it sounded like a tin can, all mid and high no bass at all, and when I tried to add bass through the apps EQ it sounded worse. I think part of the issue is that it is underpowered, I may use the guts in a project I am doing and run it off of a small class T amp I have lying around, that may push the speakers to sound better, but I doubt it.

Cons: Awful sound quality. I own several Taotronics products including Bluetooth headphones which all have decent sound quality. This one is an exception its awful...

Pros: Has Good sound and cables are all built in...

Cons: Does not shut off

Overall Review: All in all a good speaker.

Pros: My Dell computer and screen does not have speakers. Added speakers were low volume from the speaker jacks on the computer. However this sound bar has a couple of watts of amplification and does a nice job, powered by USB, of providing very good quality sound for signals, music, and other sounds. I've not tried it yet as a microphone for the computer but did order 2 more units (4 total!)

Overall Review: Much more convenient than a couple of speaker boxes and is doing a fine job.

Overall Review: To preface my 5🥚 rating, I got this on sale for $5. I've seen the price as high as $20 and at that price point, I'd be inclined to drop it to a 3. Overall, for $5 my expectations were on the floor. I purchased this as I generally use headphones, but every now and then I like to let my ears breathe and I will use speakers. Up until this point I was using the built-in speakers of my monitor which were tinny and distorted at higher volumes. For $5 I figured it was worth the risk to pick these up and give them a shot. When I first picked up the box the speakers were very light which I thought was going to be indicitive of poor sound quality. After hooking them up, I was pleasantly surprised by their sound quality. Mid range is very full, with highs sounding pretty decent as well. They have a little bit of bass to them, just enough to keep it from sounding tinny, but not enough to shake the room or anything on your table. A huge upgrade from the monitor speakers I was using. Some minor gripes: Depending on your motherboard, you may hear static on the speakers from a ground loop as the speakers are powered by USB and only use the 3.5mm for audio. I opted to use a power brick to eliminate any static coming from the case, but that leads me to another issue listed below. There is a blue light when the speaker is on, personally it would not bother me if I could leave the USB power plugged into my computer to power it, as it would turn off when the computer is off. However as I've had to plug it into a brick, I now have to plug it and unplug it manually. A power switch would have made this a non-issue. It does have pass-through inputs on the back of the speaker, I use these for my headphones, but it's a bit of an annoyance that it's on the back side. I have to tilt it over to plug them in and unplug them, it would have been better on the front or side. So for $5, go for it, for $20, you can probably do better. Pictures are next to a 27" monitor to give you some scale for the size.

Cons: No power off switch. Main problem is, even for cheap speakers they sound terrible. Muddy sound, too much bass, even on tracks that have no bass. I've seen them list for around $30, I got them on sale for $10, and I'm not even going to use them on my test bench just to test if audio is enebled. Not worth the trouble to return them.

Overall Review: Anything else has to be better.