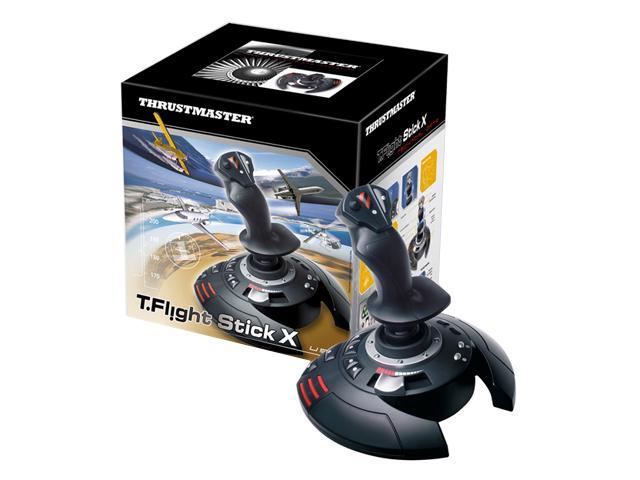 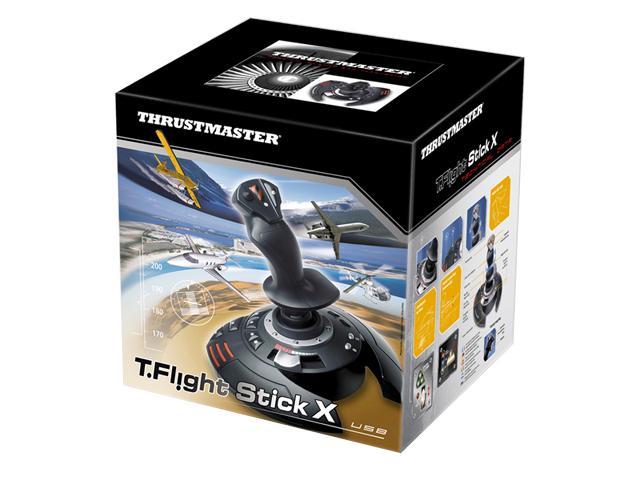 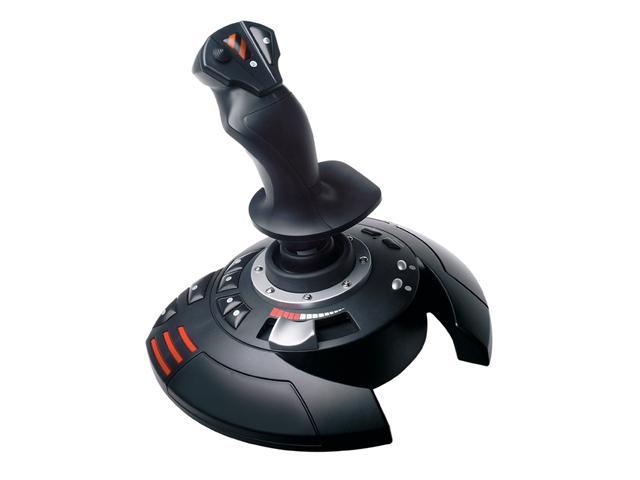 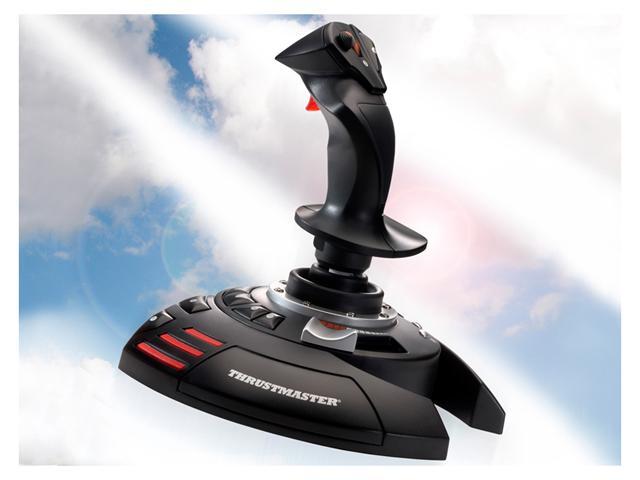 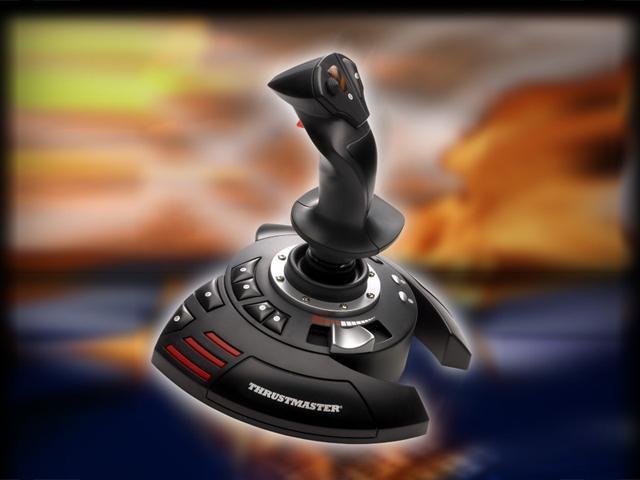 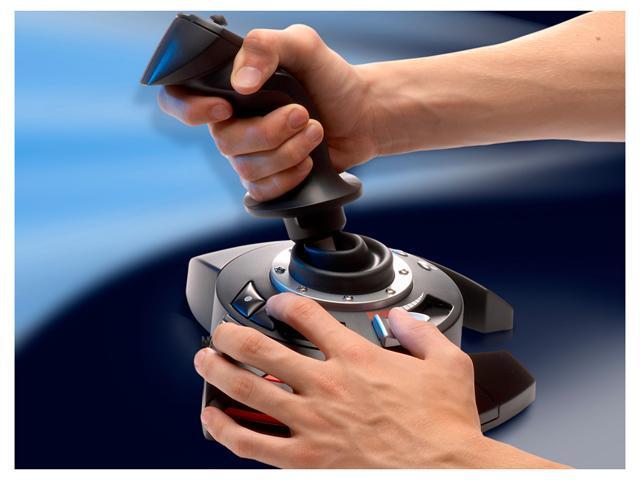 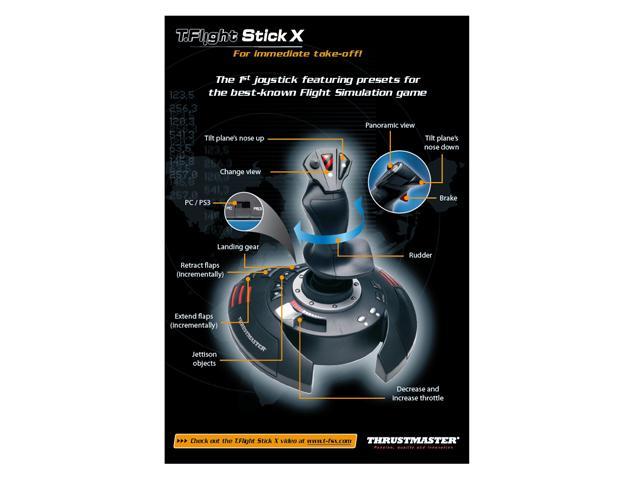 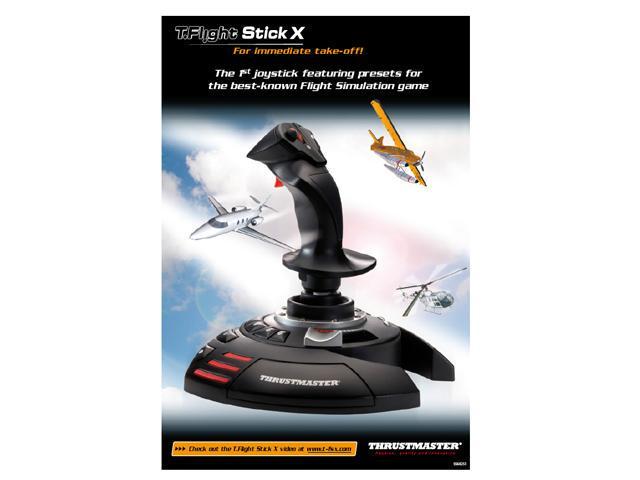 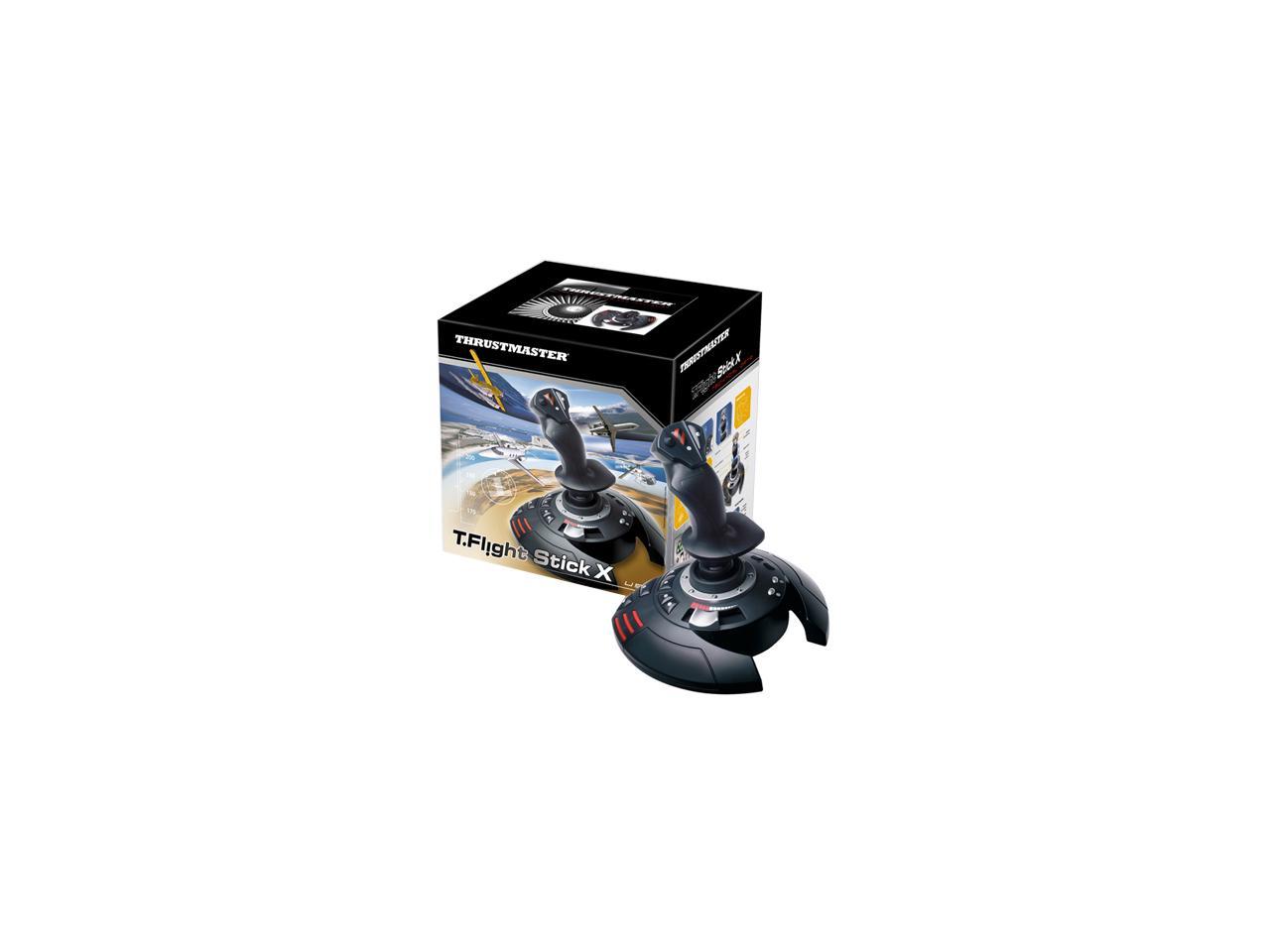 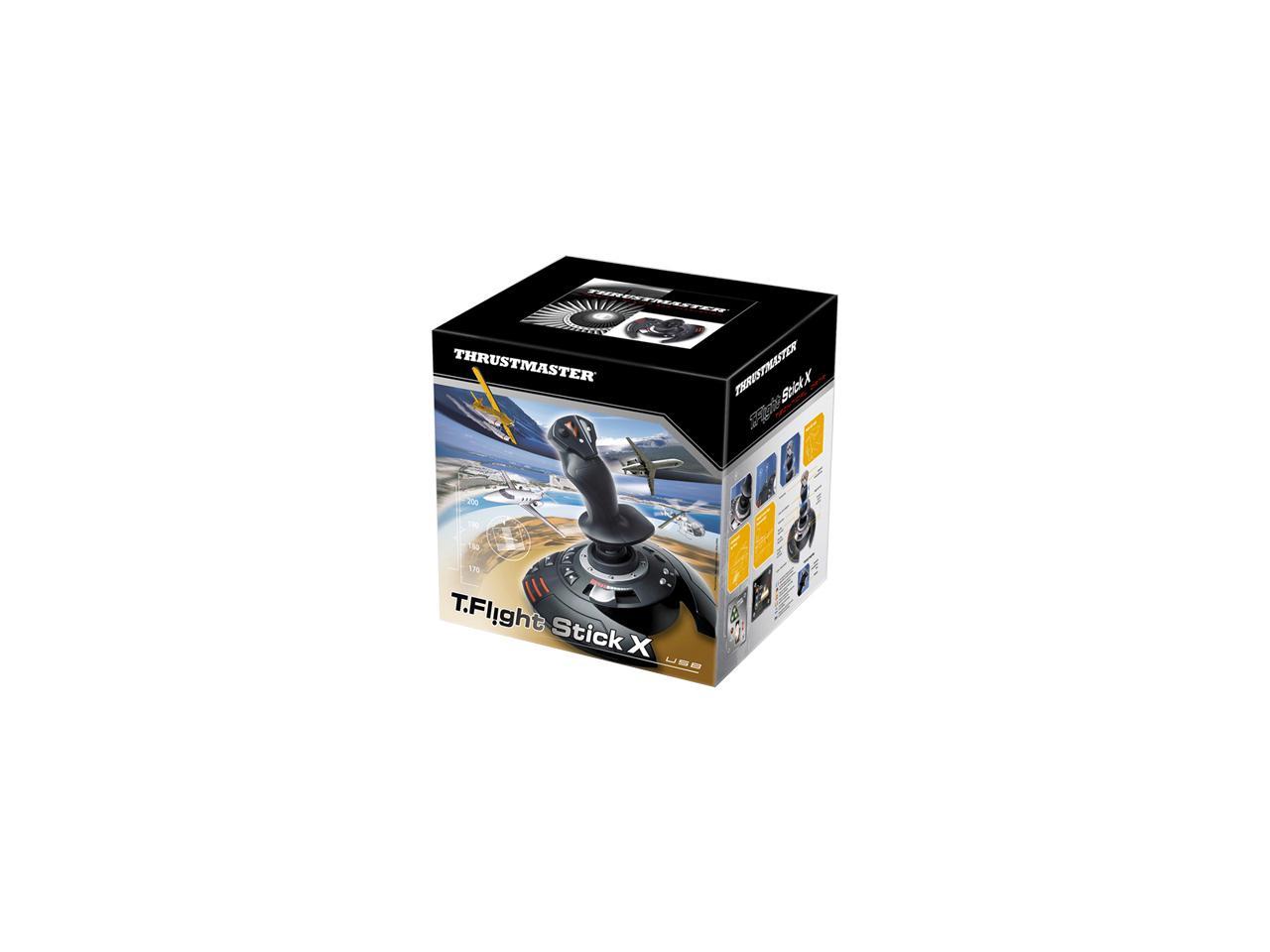 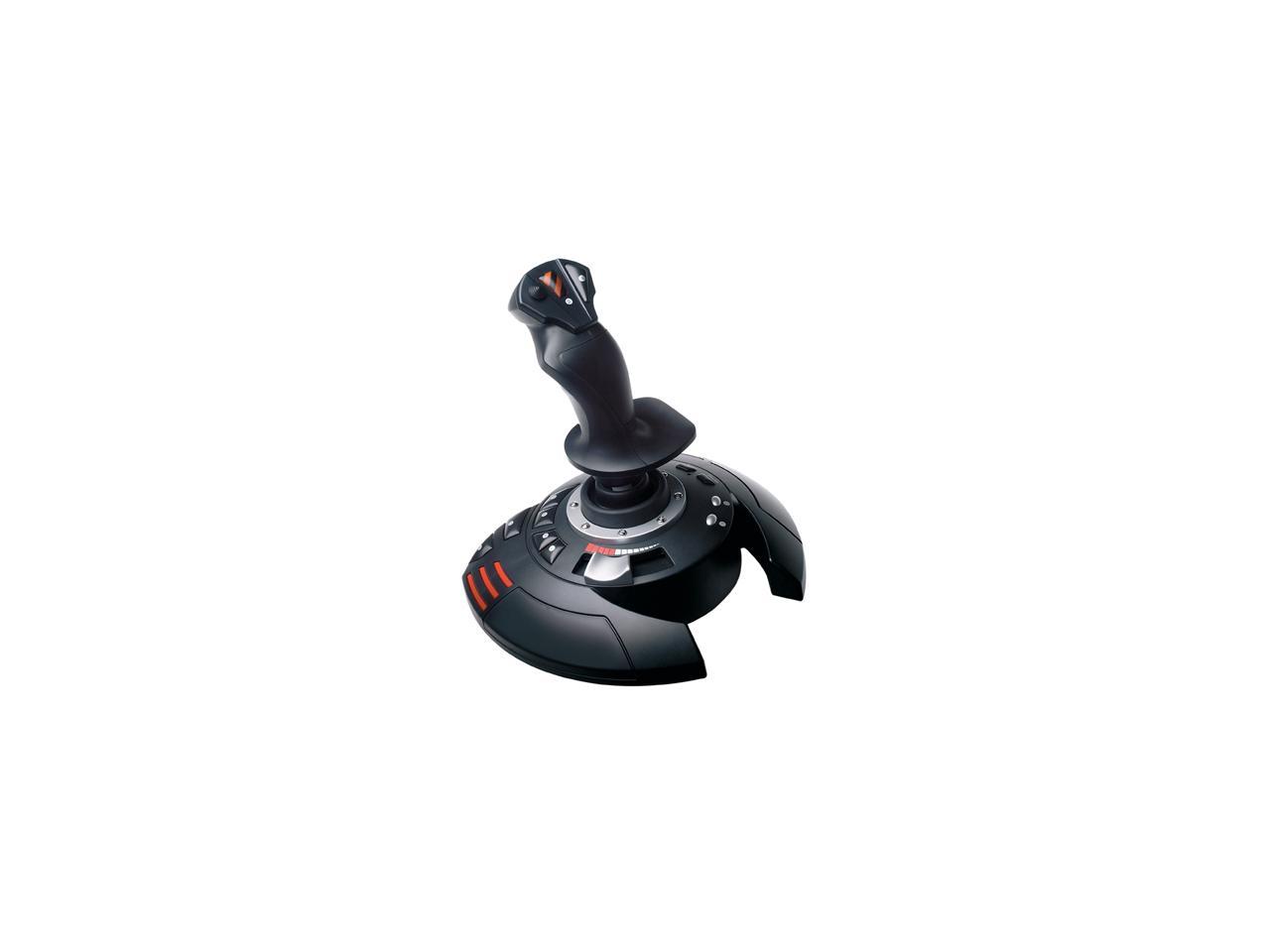 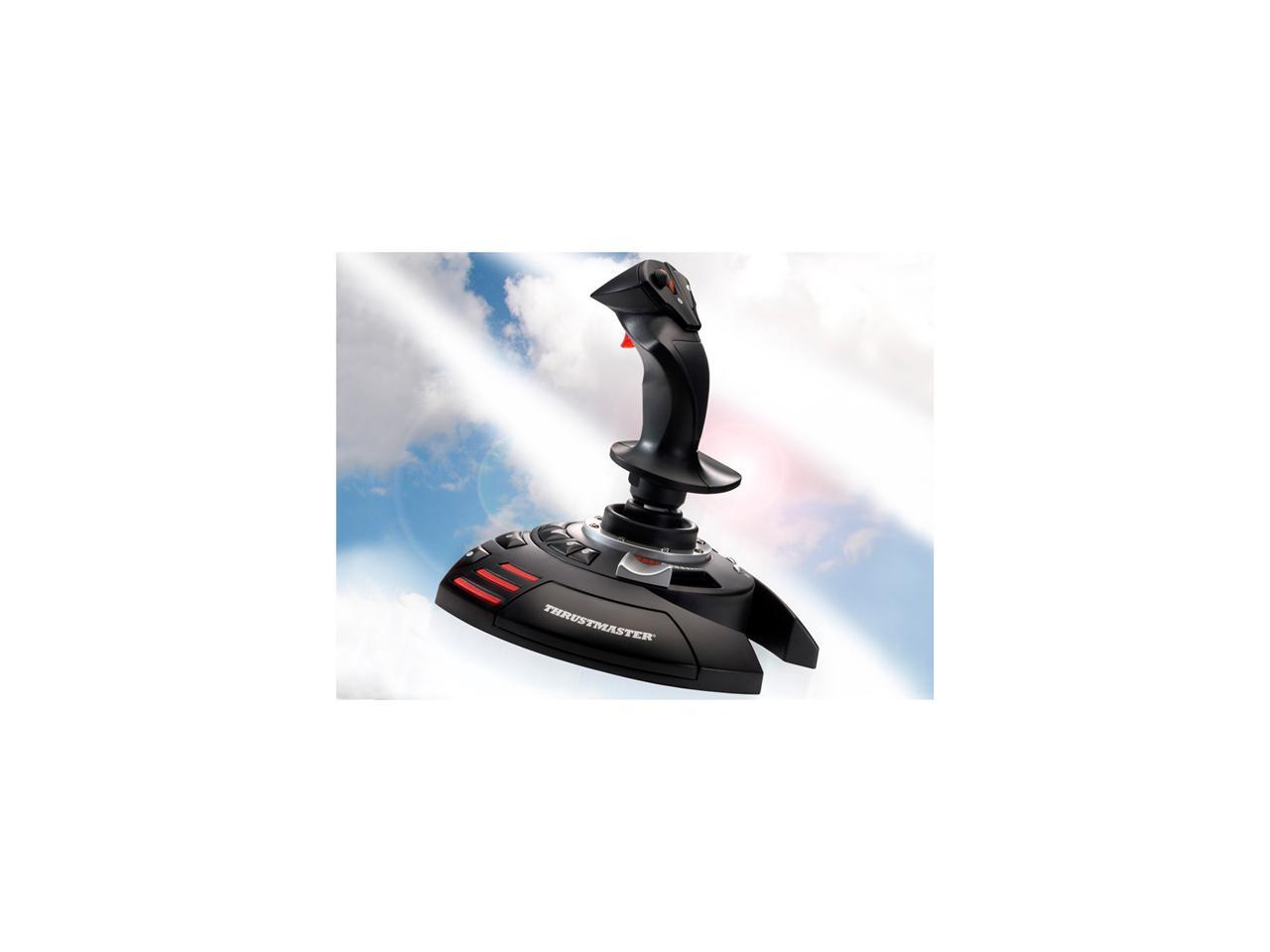 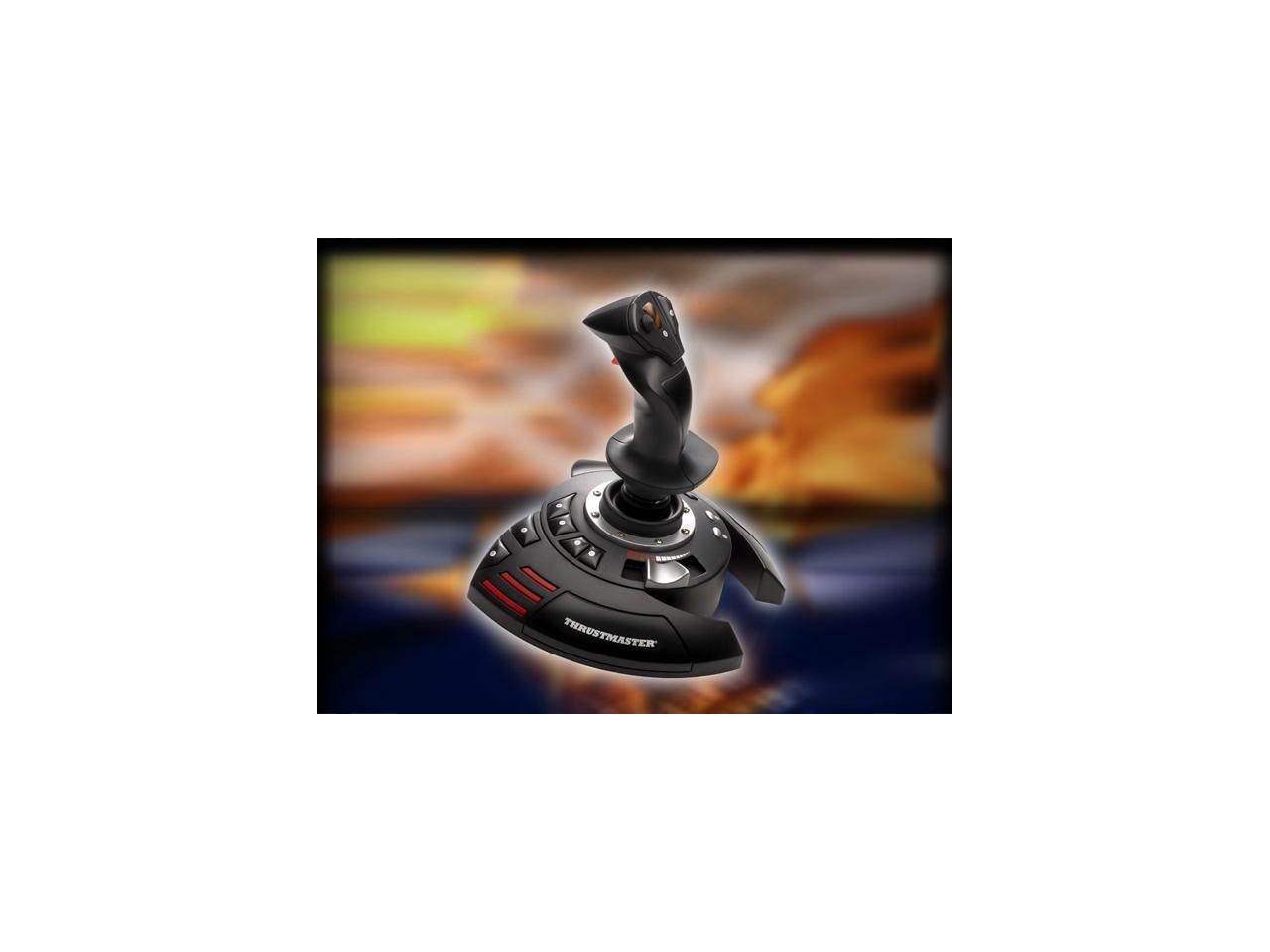 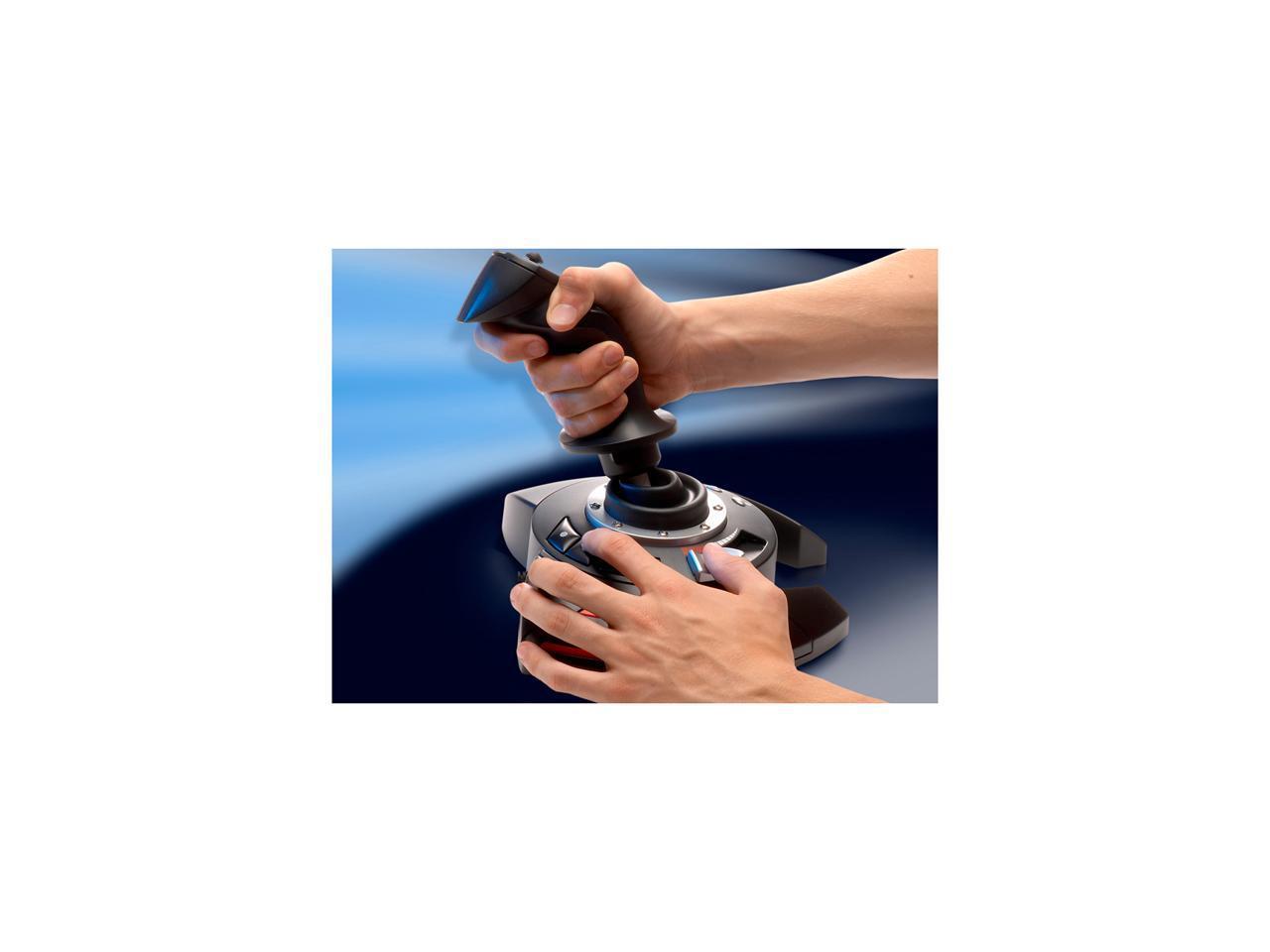 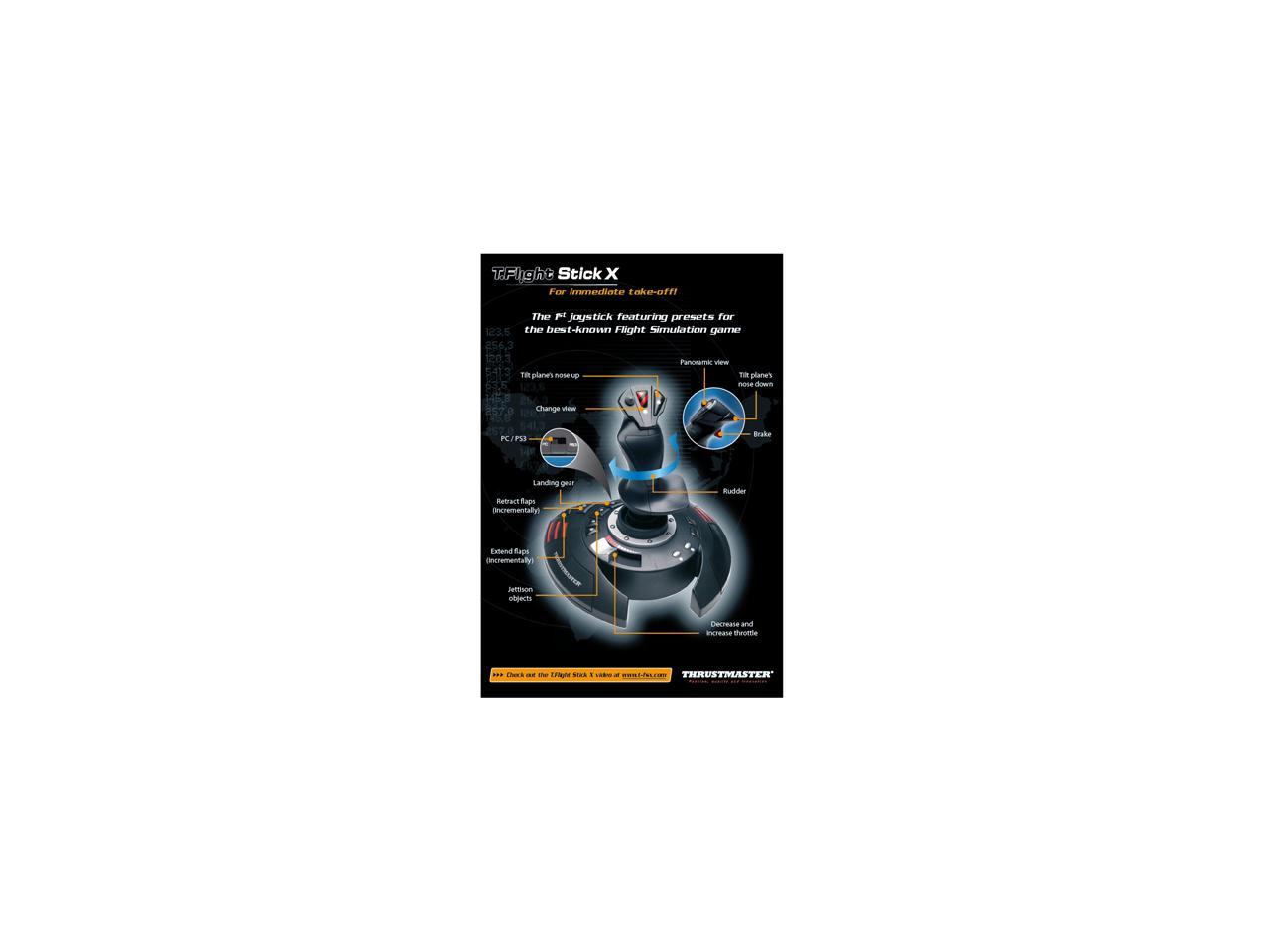 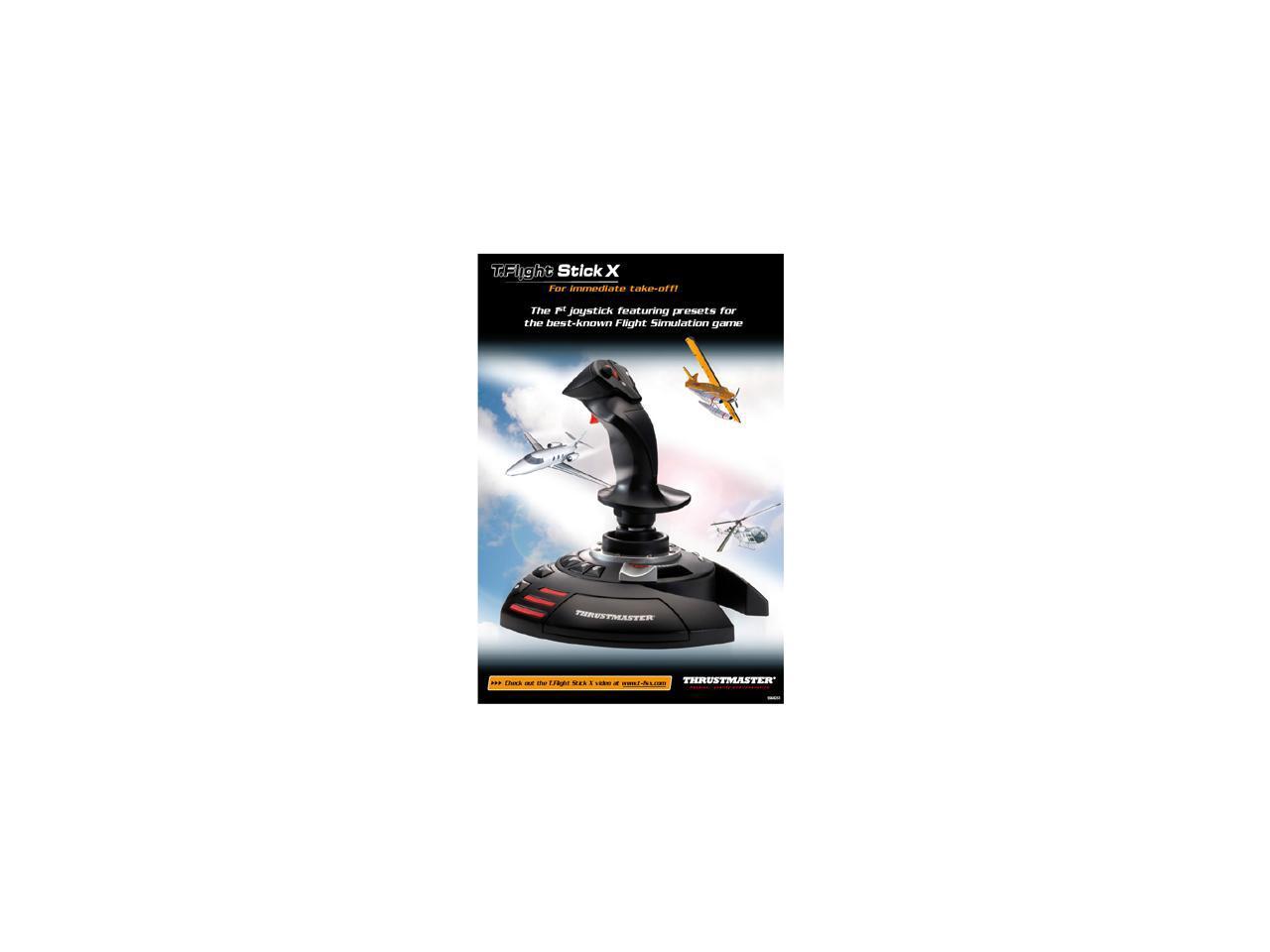 Learn more about the Thrustmaster 2960694

Pros: BUY IT- IT'S BETTER THAN EVERYTHING ELSE FOR THE PRICE, Heavy Base, Durable, No deadzone/rudder/axis quirks, Works with all my Games so Far: Wings of Prey, Dogfighter, Battlefield, Locking Rudder Control and Physical Tension Adjustment

Cons: Cheap Feel (no biggie), Tension control could have better range (no biggie), Lack of Sensitivity Tuning/Customization in PC driver, HARDWARE MAPPING ONLY WORKS BETWEEN THE BUTTONS ON THE JOYSTICK, For the unaware, this joystick has a mapping key which allows one to remap the buttons on the joystick without having to do so in a game menu. The way it is advertised, I thought this meant that I could use this function to map keyboard keys to the joystick buttons. Instead, the hardware mapping only allows you to remap the joystick buttons on the joystick eg assing the 4 button to the 9 button not the 4 button to be "c" on a keyboard as I was lead to believe. Apparently the mapping does work with the PS3 controller though I cannot test that. Overall, I can still map the joystick with the keyboard, but I must do so manually in game. This is a potential problem because it leaves me at the mercy of whether the game supports xboxcontrollers (the joystick driver is an xbox controller driver

Overall Review: I did not purchase this from Newegg but am so impressed that I felt compelled to write a review. There are several points to be made: 1) It has more features (ie. tension adjustment, ps3 support) than all the other joysticks in its price range save the Logitech products 2) It is very sturdy with a heavy base though it does have a cheap plastic feel. I notice this especially with the buttons. The #4 button sticks sometimes. Its probably the most durable joystick you can buy for the money given what I've read about the others and my experience so far. 3) It works with all the games I've tried, though I usually have to tweak things in the games settings: Wings of Prey worked out of the box by selecting the preset whereas I had to disable the "xbox controller" in dogfighter and manually map it in Battlefield. It would be nice to be able to make mapping/sensitivity adjustments in the driver so you dont have to keep doing it in games. 4) See the other point about mapping in the cons.

Pros: Twist handle for rudder control!!, programable keys, and a heavy base that stays put. True Plug and Play, so no software to download or update. The keys are all easily programable through any game's keymapper. Six of the programable keys are on the left side of the base, which means that your left hand can hit them while not having to let go of the main handle. It looks good sitting on my desk! It's priced right!

Cons: The "feel" of the handle movement is somewhat soft, with light resistance. This may be ok with most people, but I prefer a slightly stronger resistance for a more tactile experience. This is a personal preference, so I didn't take any eggs off for it. Two more customizable keys would have been better. The two programable keys on the right side could have been placed on the left, as there's plenty of room to do so. USB connection is ok, but I have a dedicated joystick port on my motherboard that is not being used. The joystick doesn't need any power, so why use a USB port? A USB/Joystick Port adapter would have been nice.

Overall Review: This replaced a Logitech Extreme 3D Pro joystick which I purchased in 2002. This was a great joystick, in spite of what others reviewers have stated. It went through 7 years of heavy use before the pots started to drift to the right.

Pros: Excellent button layout. Not too big, not too small. Feels good. Works with H.A.W.X.

Cons: When twisting the stick to the right, there is a bit of free play, though that might be bad calibration.

Overall Review: It works. I like it. Worth the money. Makes H.A.W.X. more enjoyable.

Pros: this is a very solid joystick! it is bigger than i thought it would be and feels like a more expensive device than it is. I have programmed the buttons for use on battlefield 4 and it works great, i can finally fly a jet! (which is hard with a keyboard/mouse)

Pros: The joystick speaks for itself, it does everything that it promises to do. It is very accurate. The grip is just the right size; fits firmly into the hand. The commands for each button are well configured, I didn't have to change anything when playing Tom Clancy's H.A.W.X even though it was configured with Flight Simulator X in mind. The rubber mounts keep the joystick tightly in place. Overall i think it's great for all, people new to joysticks and well experienced gamers.

Cons: The buttons do require a little bit of force to push and make a loud sound when pushed/released, this can be a little annoying; I expected it to be like a keyboard button. This joystick is designed for the right-handed. The base is quite large, width is about 9in., height is about 9in., length is about 8in.

Overall Review: This joystick is the first joystick that i've ever bought and i don't have any regret buying this.

Pros: Comfortable, sensitivity adjustment, lots of buttons on the stick, and at the base. Overall its a good stick, for 30 bucks you can't go wrong.

Cons: Lasted two years before having calibration problems, basically my planes had a tendency to bank left if I were pitching down. re-calibrating the stick would solve the problem...for 5 minutes. I had to buy a new one because of this. If your left handed, or like me, want to practice your left handed flight(like real life pilots must), you won't be able to because this stick is designed only for the right hand.

Overall Review: Definitely wish I bought another Stick X to replace my broken one, instead of a Mad Catz stick.

Pros: Worked for a year, cheap.

Pros: I have had no problems with this stick at all. I plugged it in and my computer recognized it right away. The stick movement is smooth and glitch free.

Cons: It's a bit on the big size but for the money is acceptable.