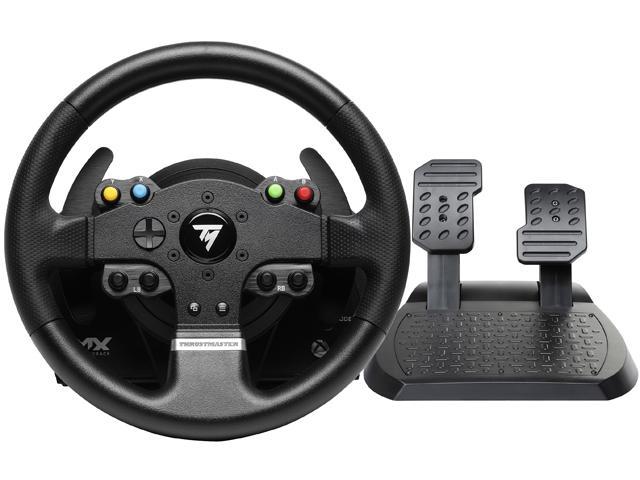 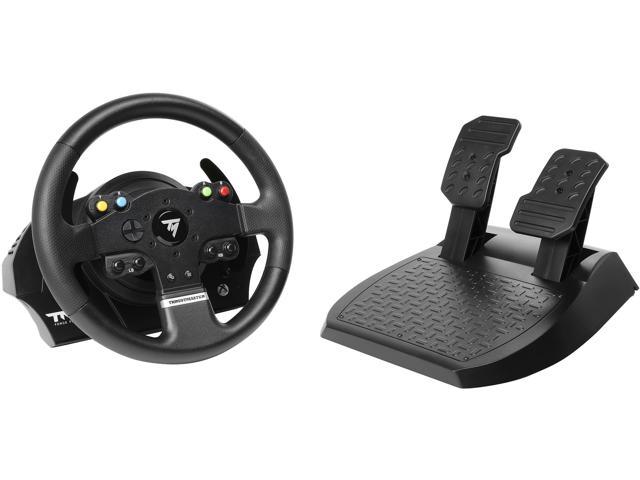 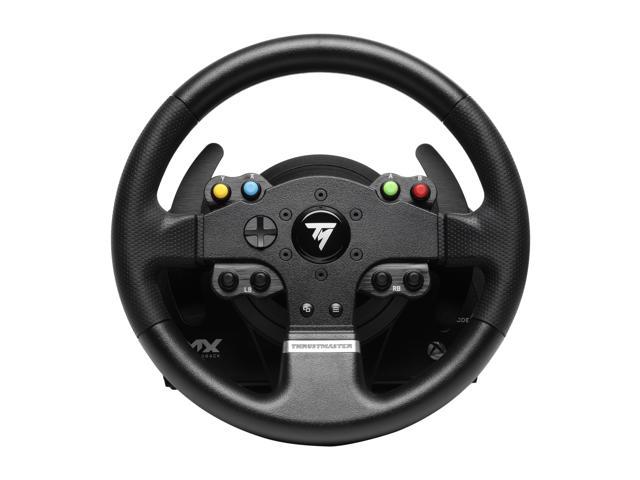 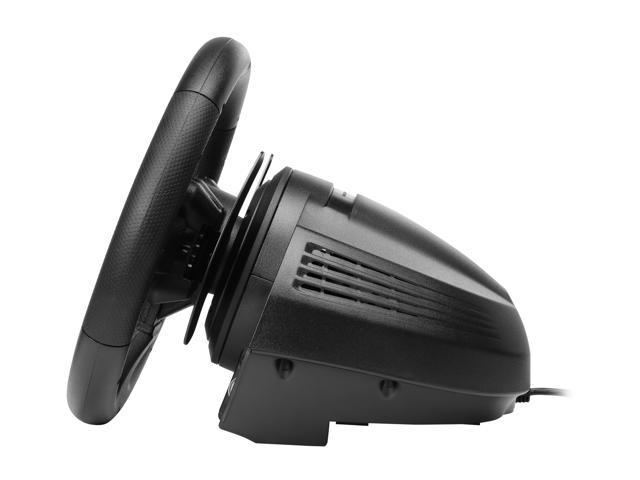 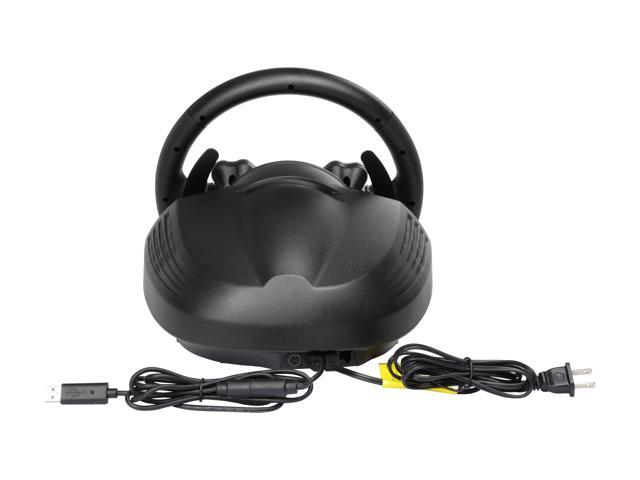 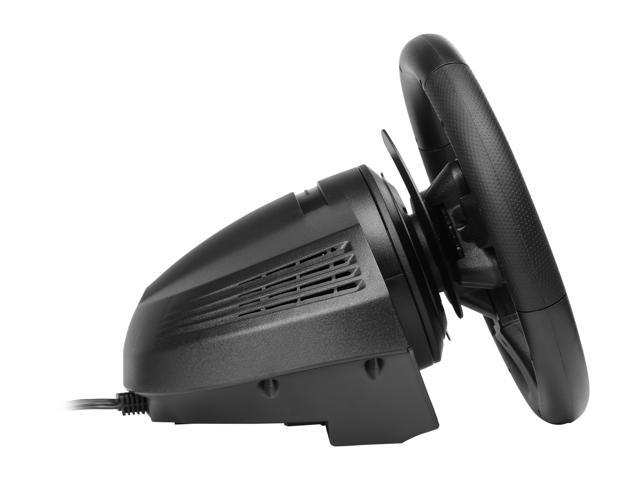 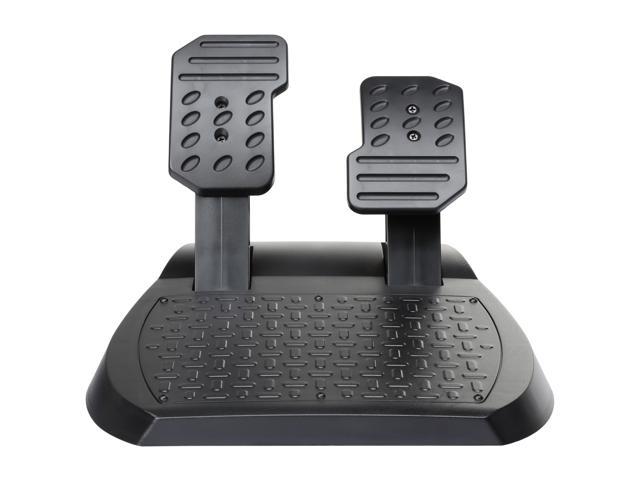 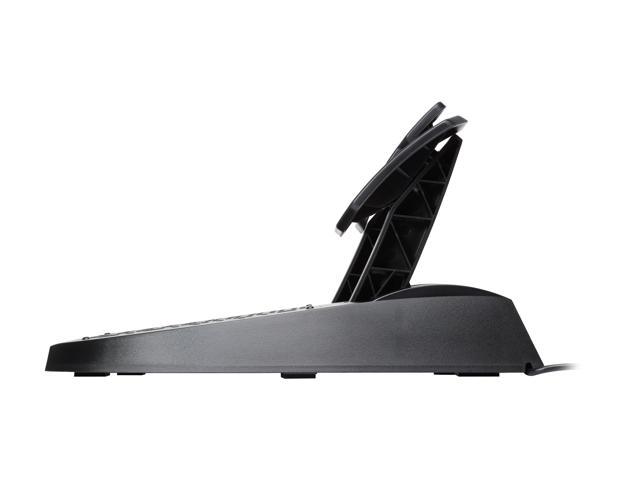 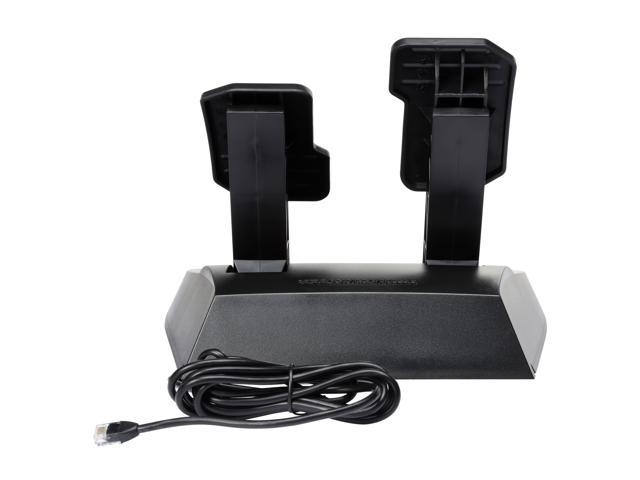 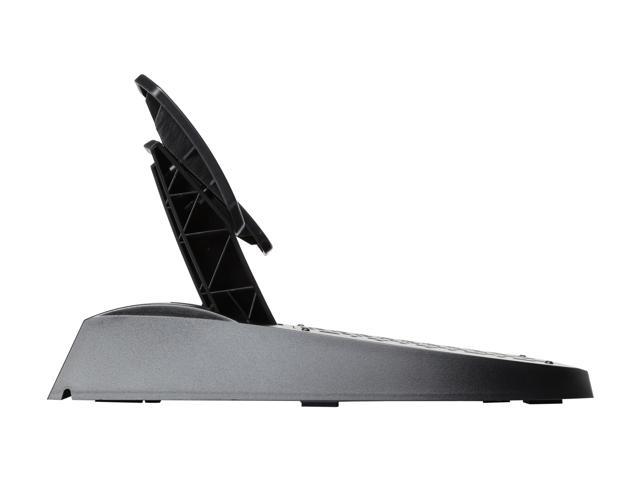 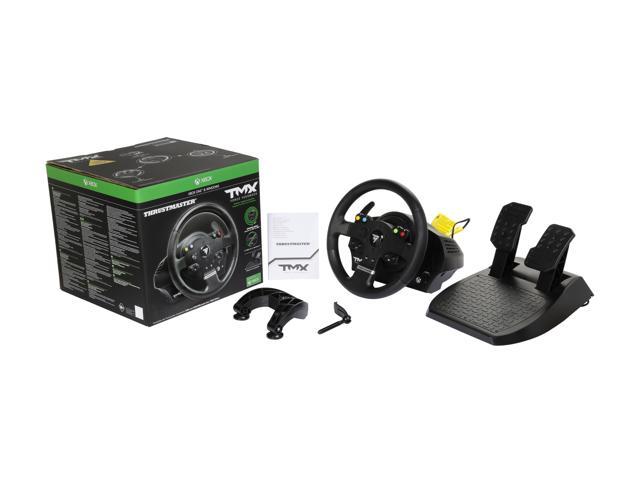 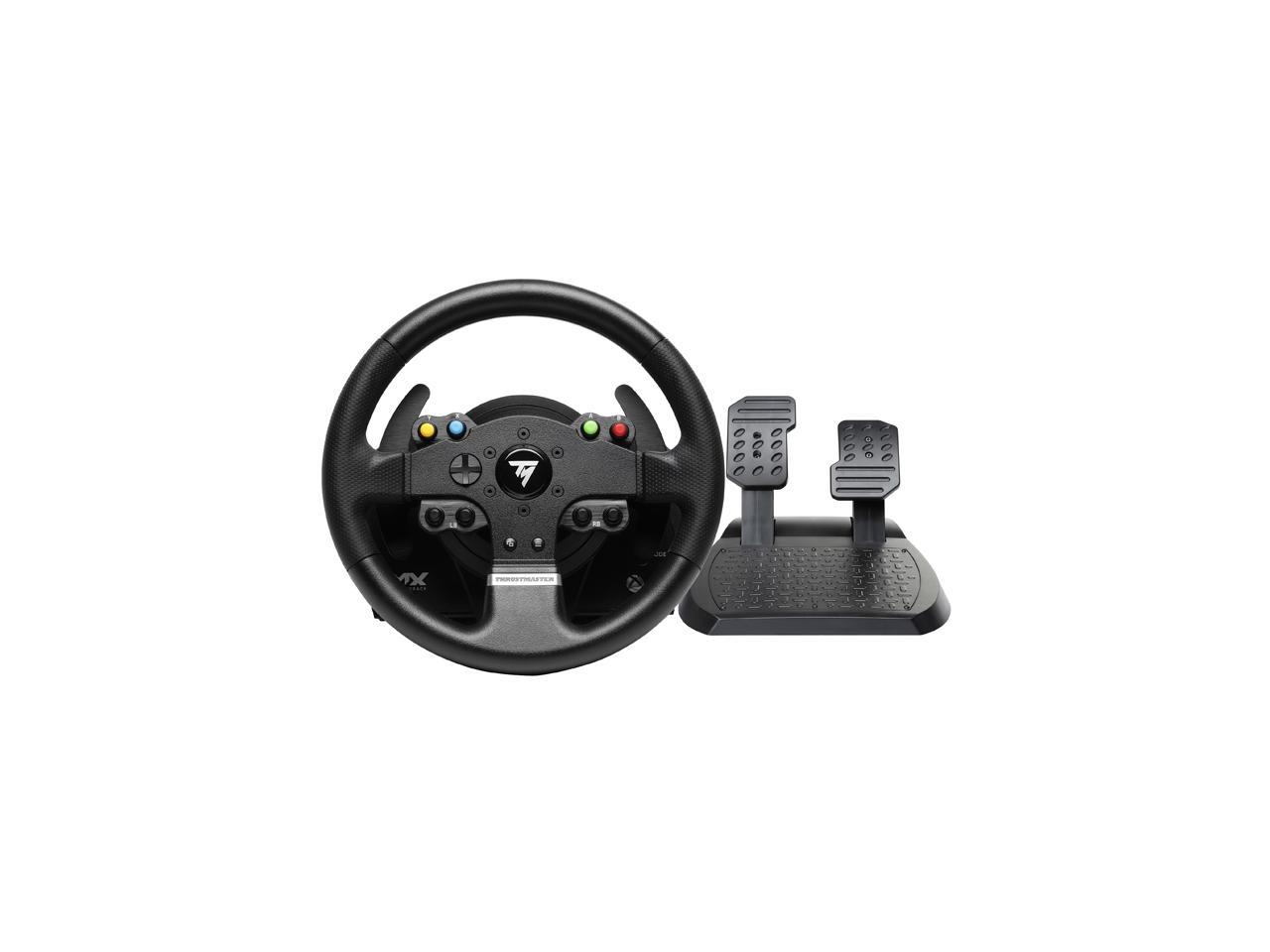 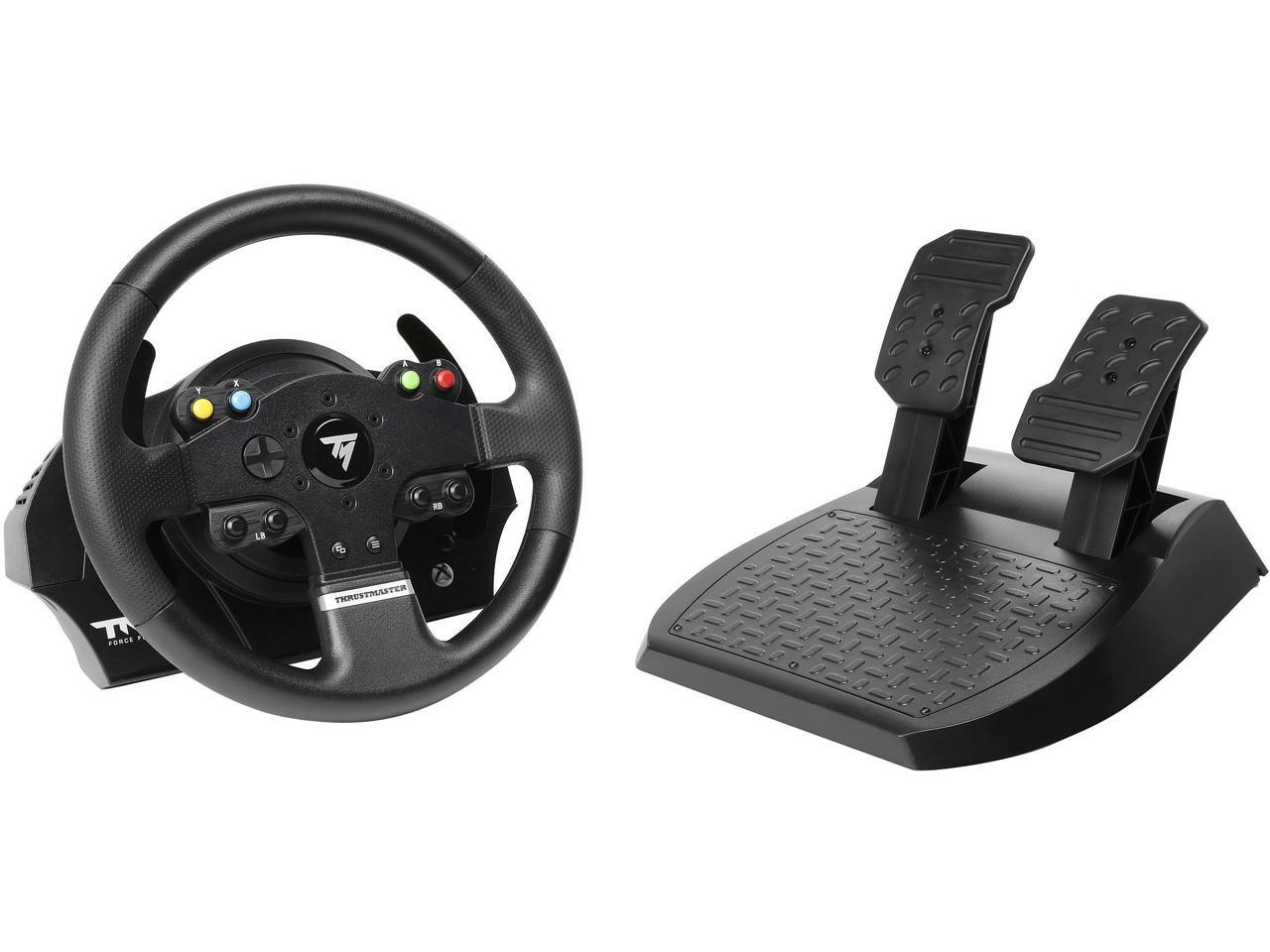 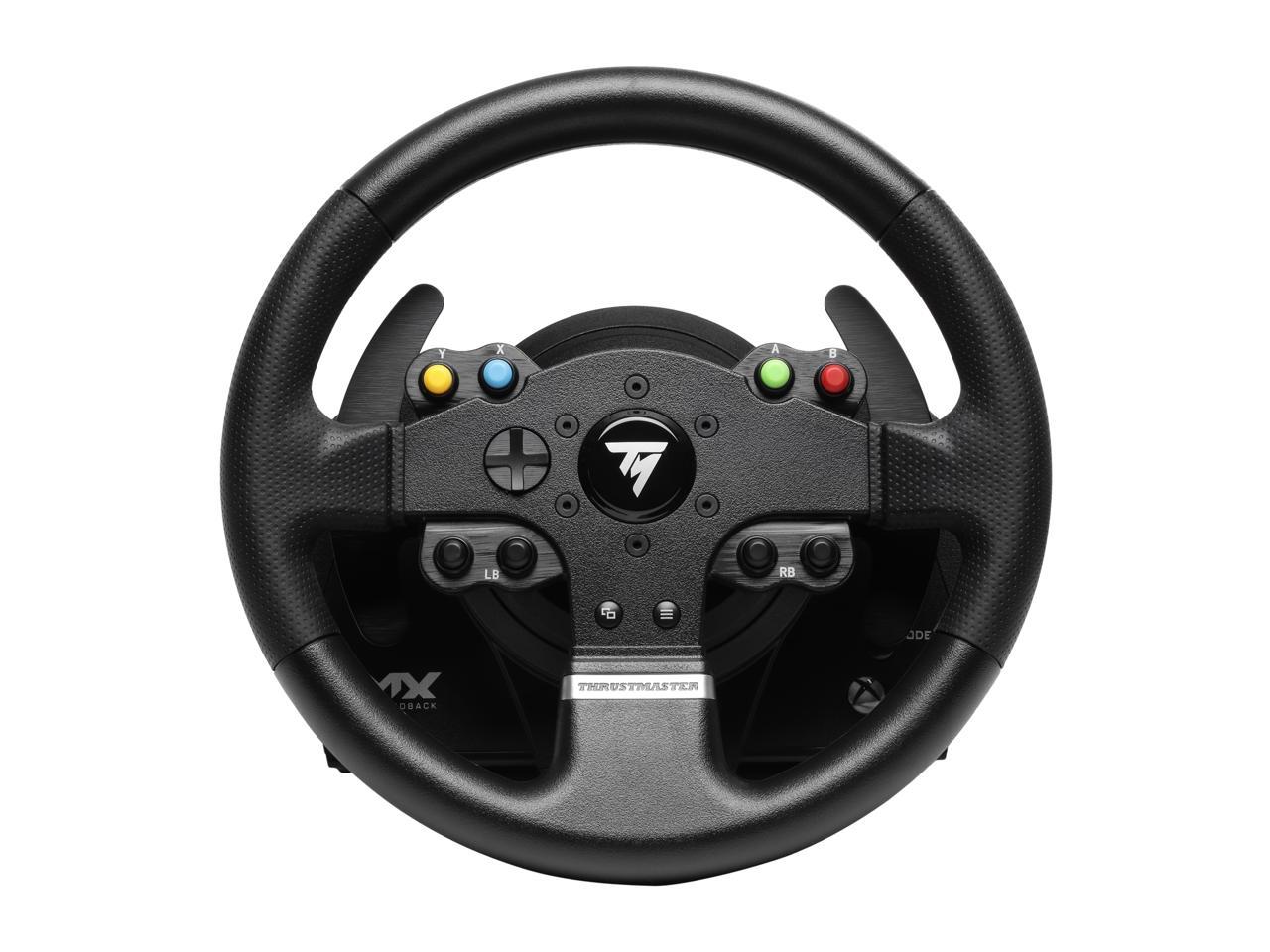 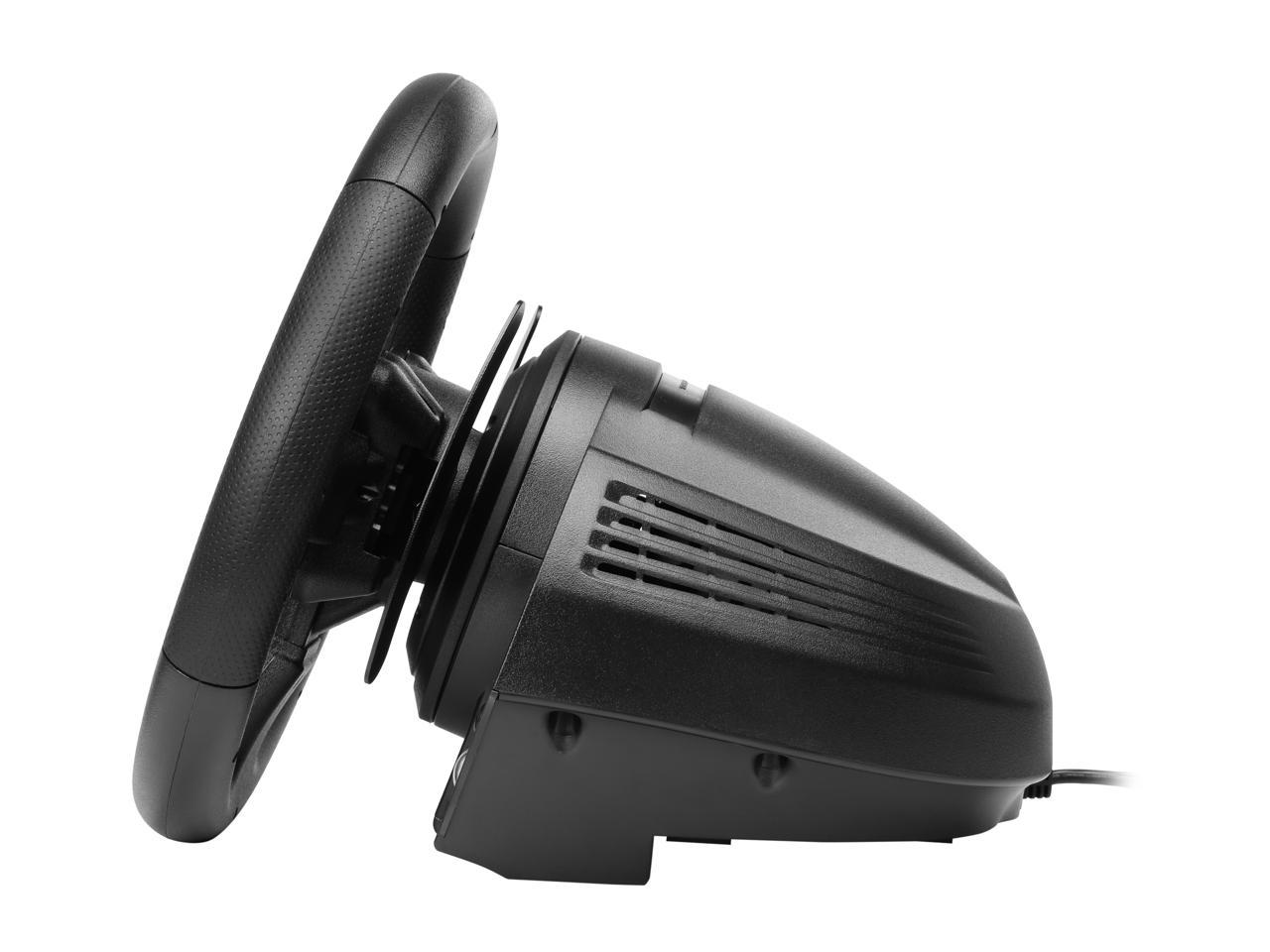 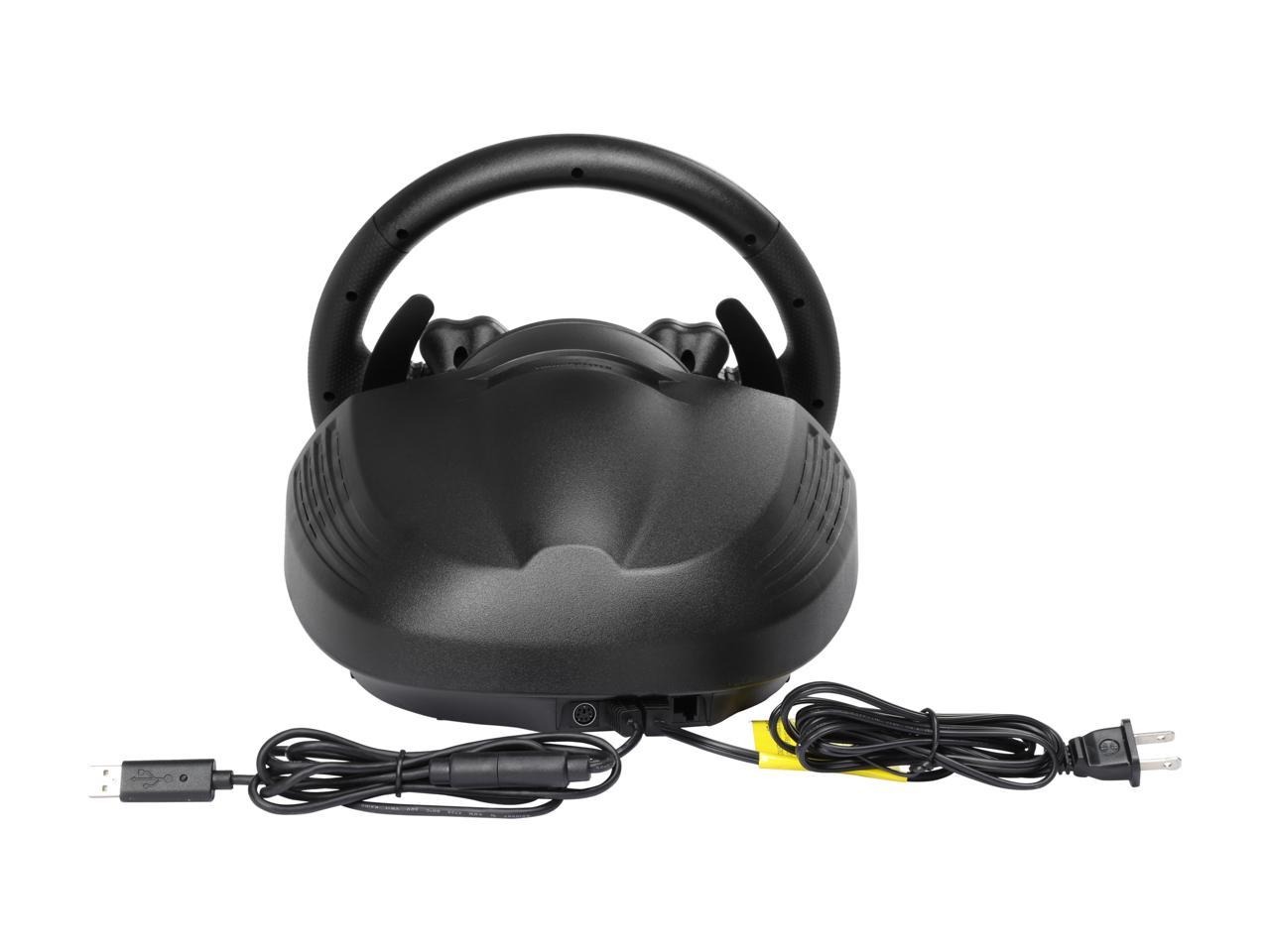 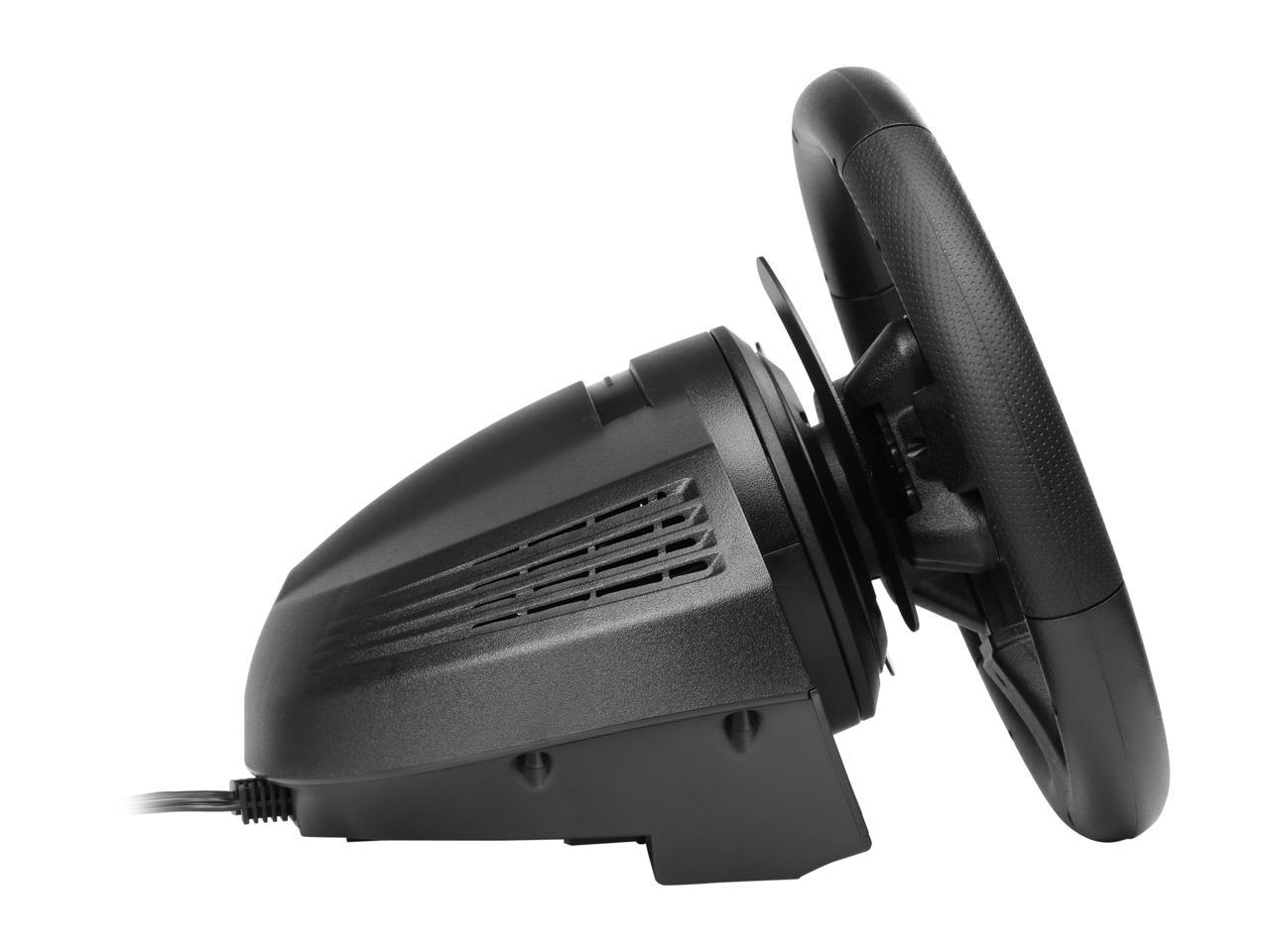 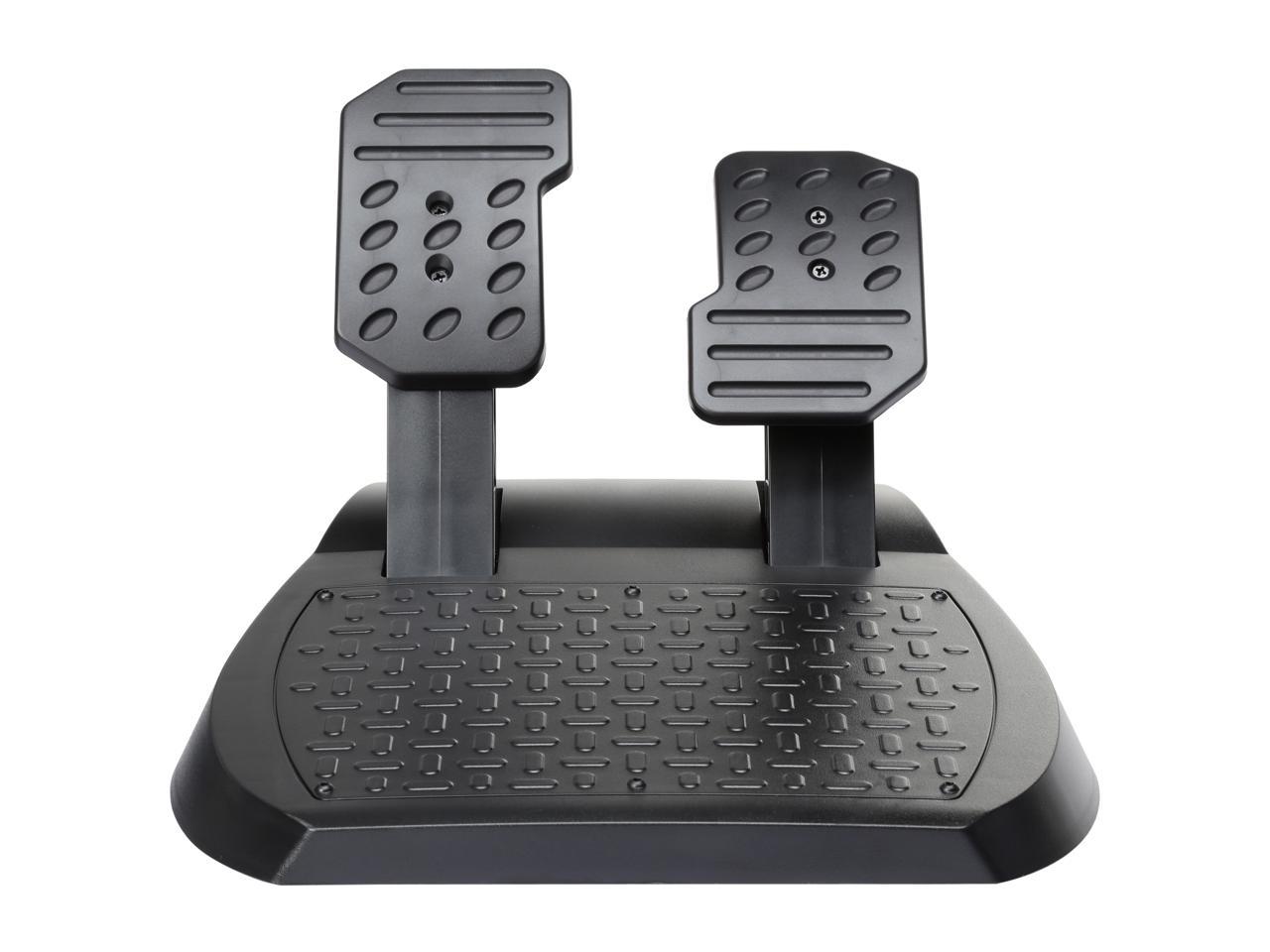 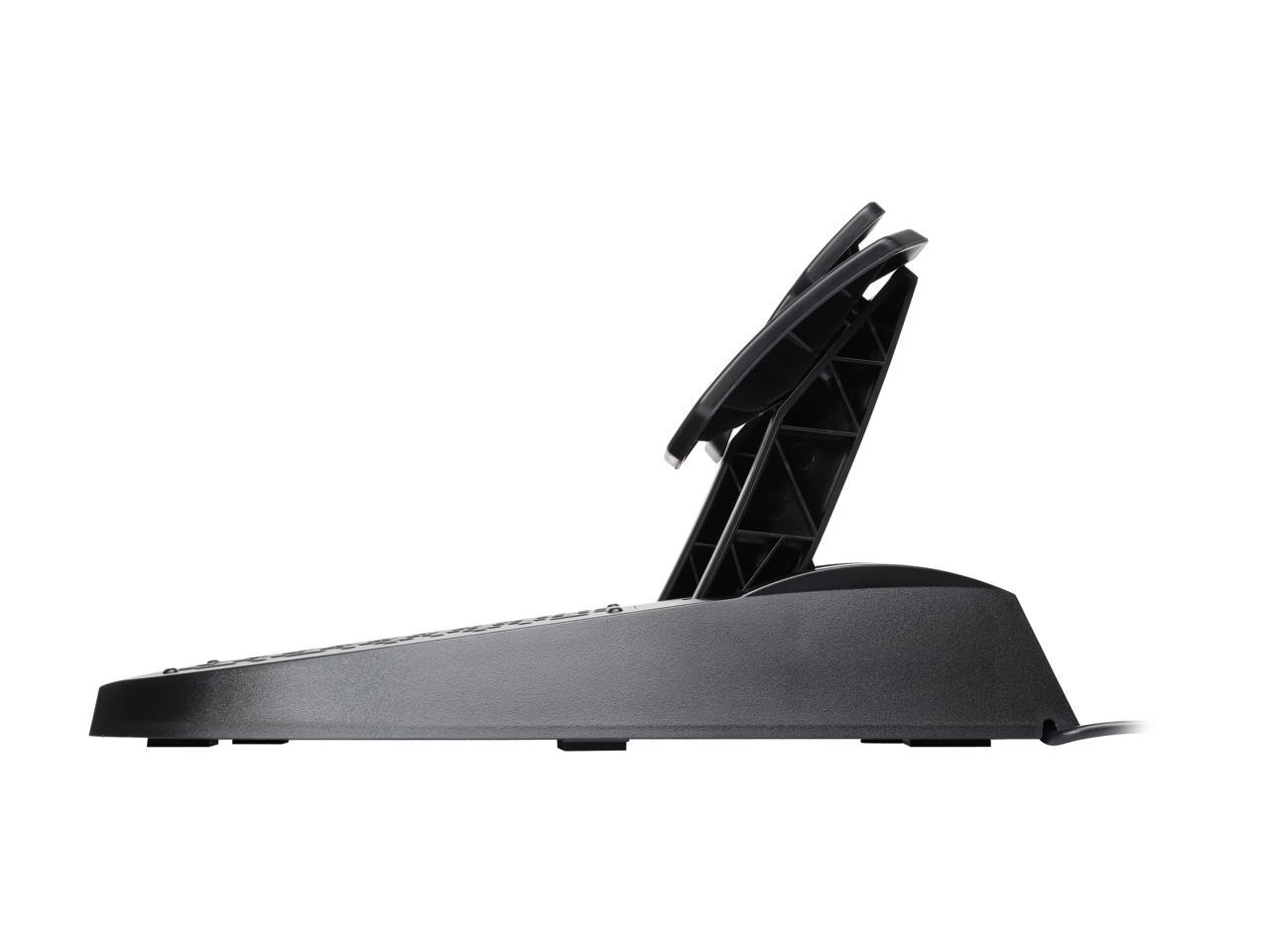 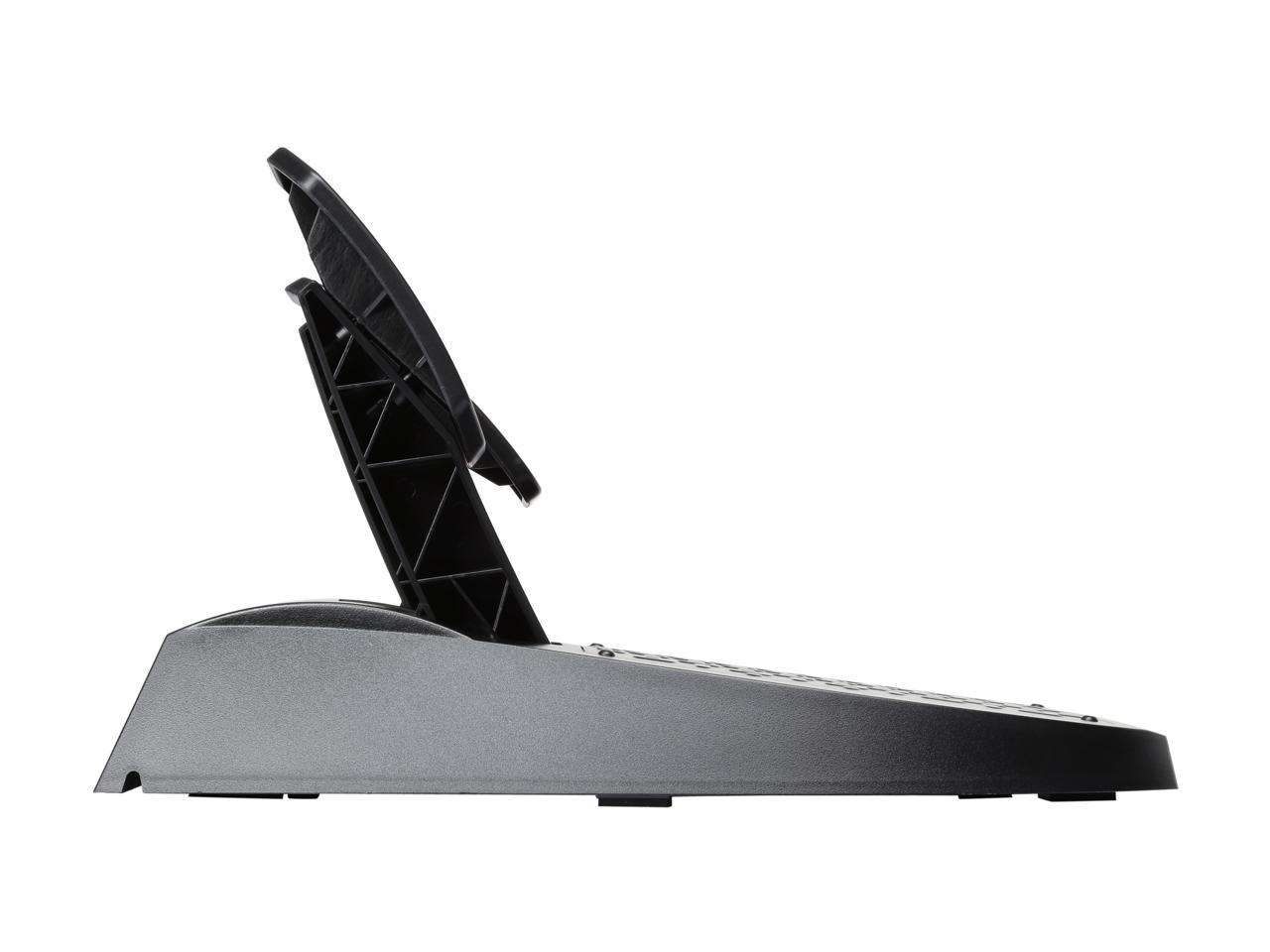 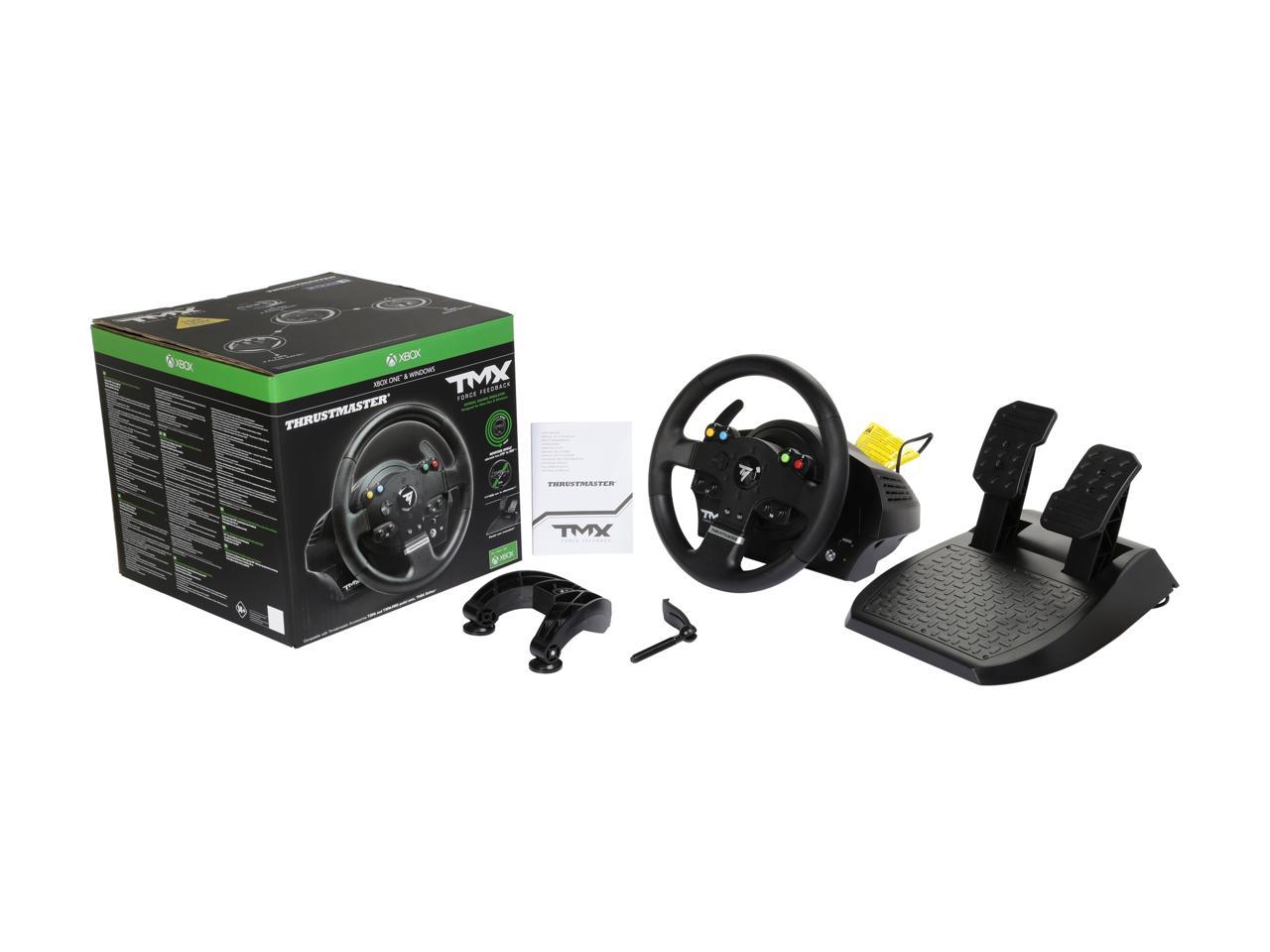 Learn more about the Thrustmaster 4469022

Pros: I don't know where to begin. First off shout out to newegg for selling it cheaper then almost anywhere, shout out again for partnering with quad pay to help me build my dream rig. Ok so the product. The wheel base actually feels built extremely well! The wheel base is solid silent and precise. The wheel that comes with it is amazing. Feels and looks really good. I wear gloves just out of recommendation to not damage the alcantara on the wheel. Now the pedals with mod work great for me. Took some getting used too, I can agree they are the weak point of the bundle. However when you look at the servo and the wheel I would have gladly paid the same price for just that. So like one review said, it feels like thrustmaster just threw a set of pedals to kinda help you out. All in all I am extremely satisfied with my purchase. Quadpay also made it possible with 4 payments. They didn't charge me anything extra but I think 25 dollar down payment. Super reasonable. I think once i get my thrustmaster load cells this will be my for ever set up. Now I want to say this, I wanted a dd wheel, this is so strong it has cooled that want for me. It has enough force that I have been caught off guard and hurt myself slightly with it. It does have alot off ffb. I say some where in the 5 to 6 range. Great buy!!! Pros: wheel basexserver Sparco wheel!! A+++ Semi quick release Pedals are a nice touch.

Cons: Truly none. Like I said if you want to complain your only complaint will be the pedals, which are truly not bad at all.

Overall Review: I would recommend this product I would definitely purchase it again and will be for my son whom also sim races If I could change anything I would throw the load cell pedals in there. Other then that great job thrustmaster