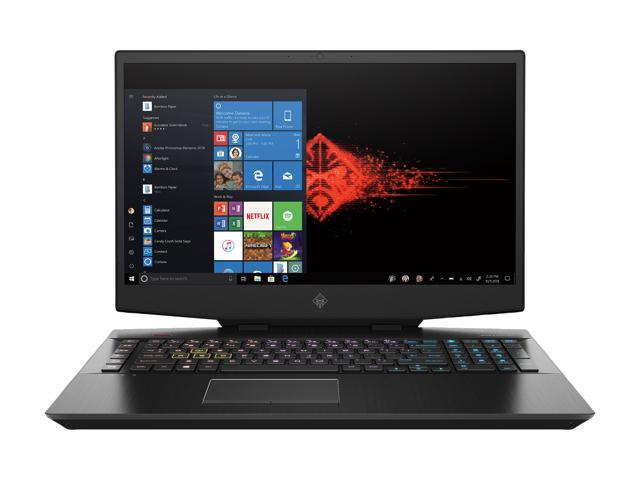 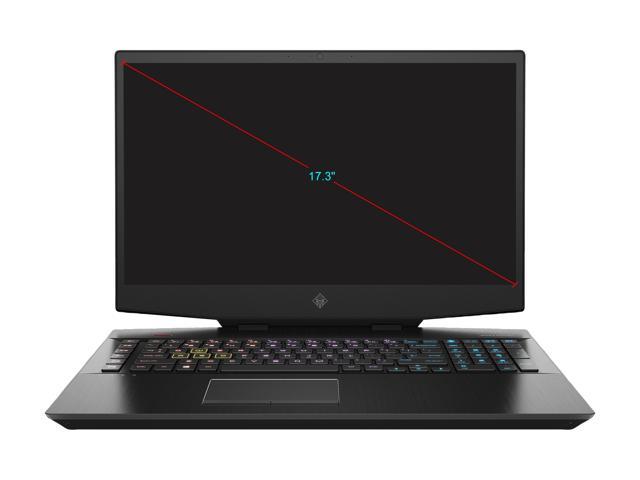 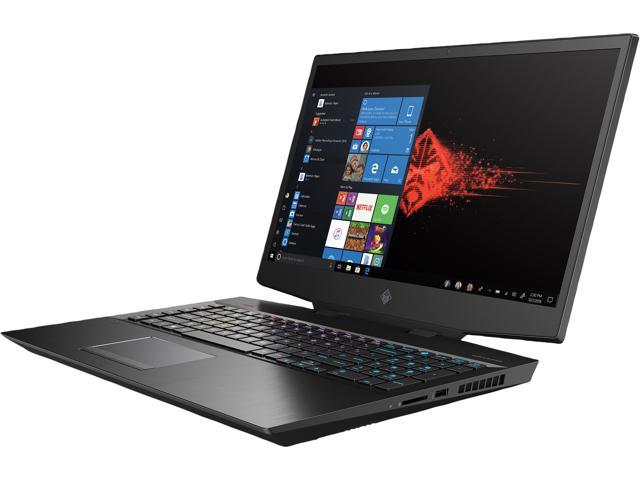 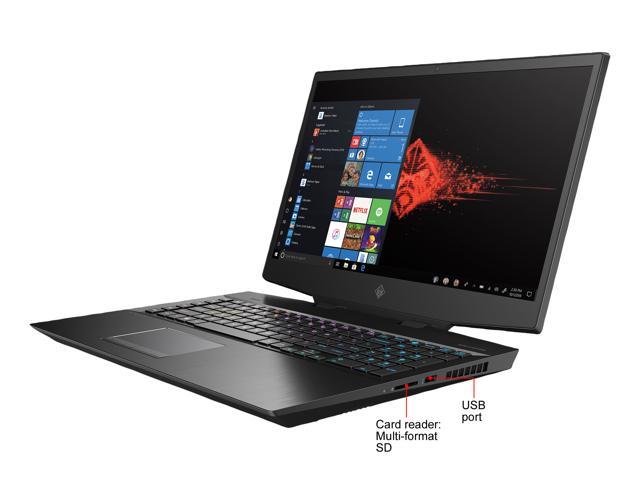 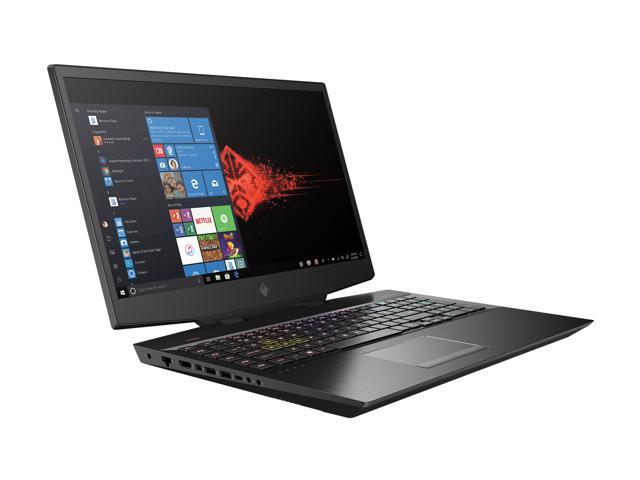 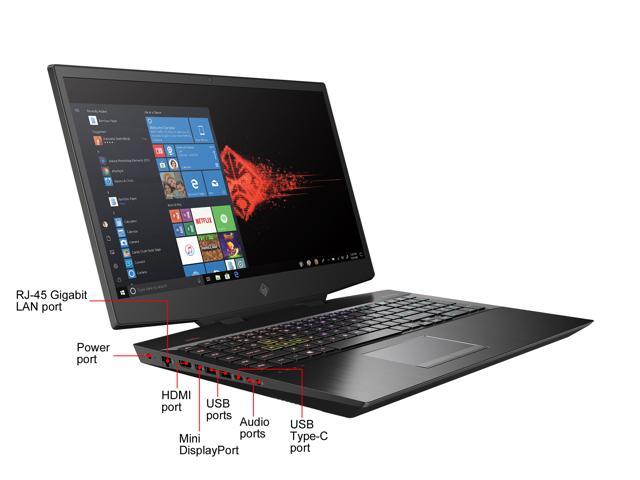 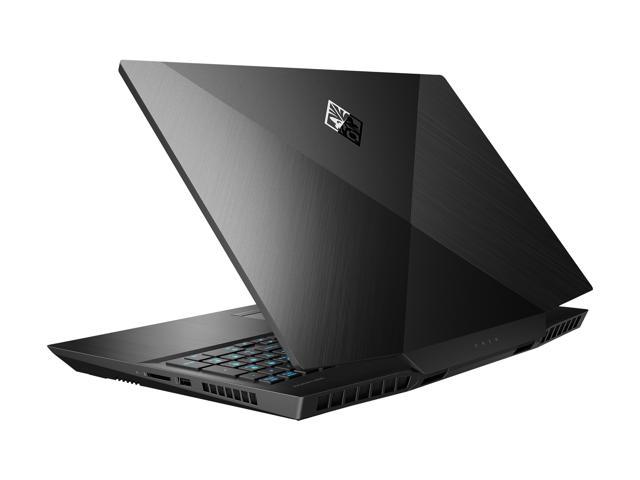 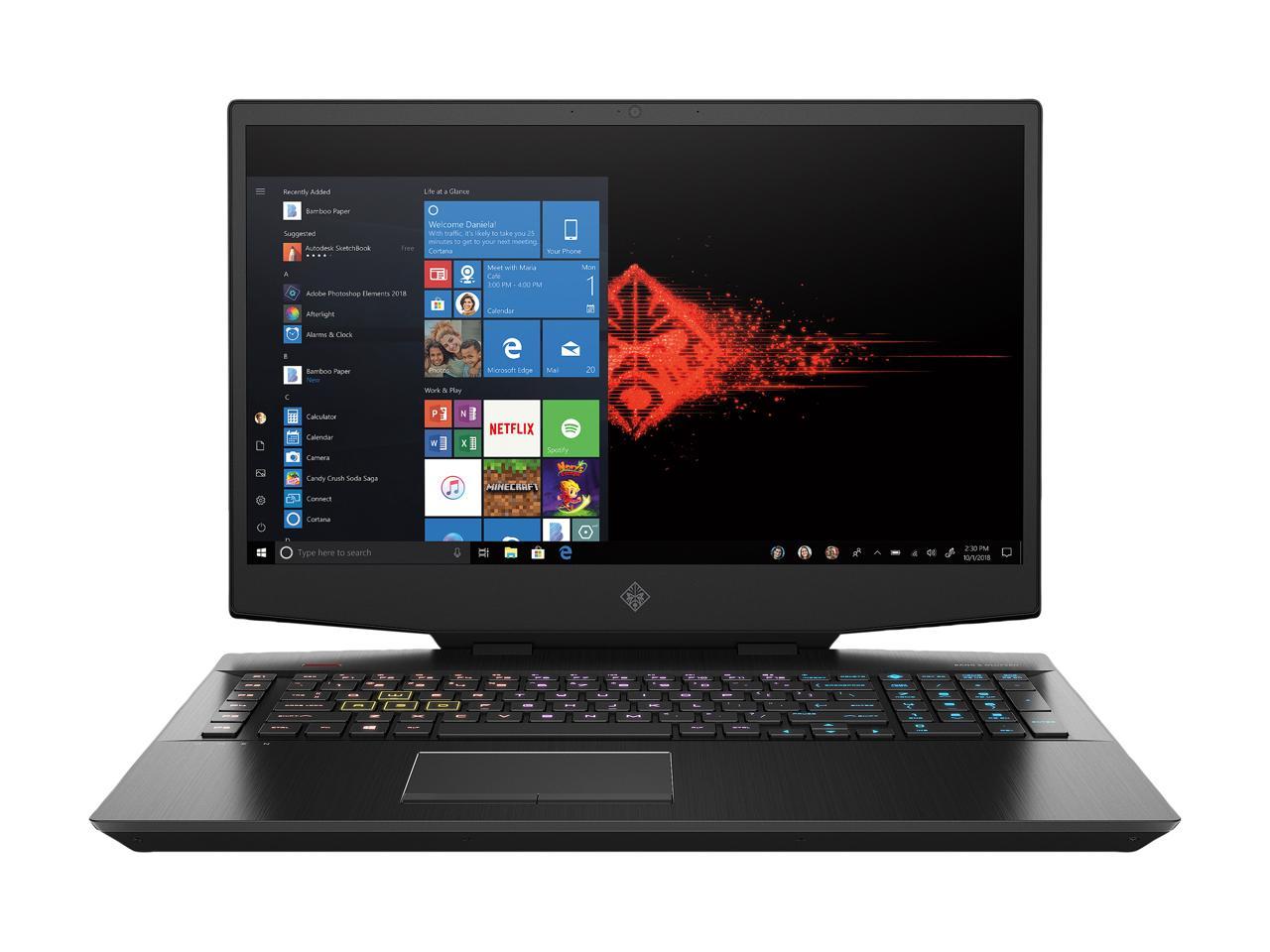 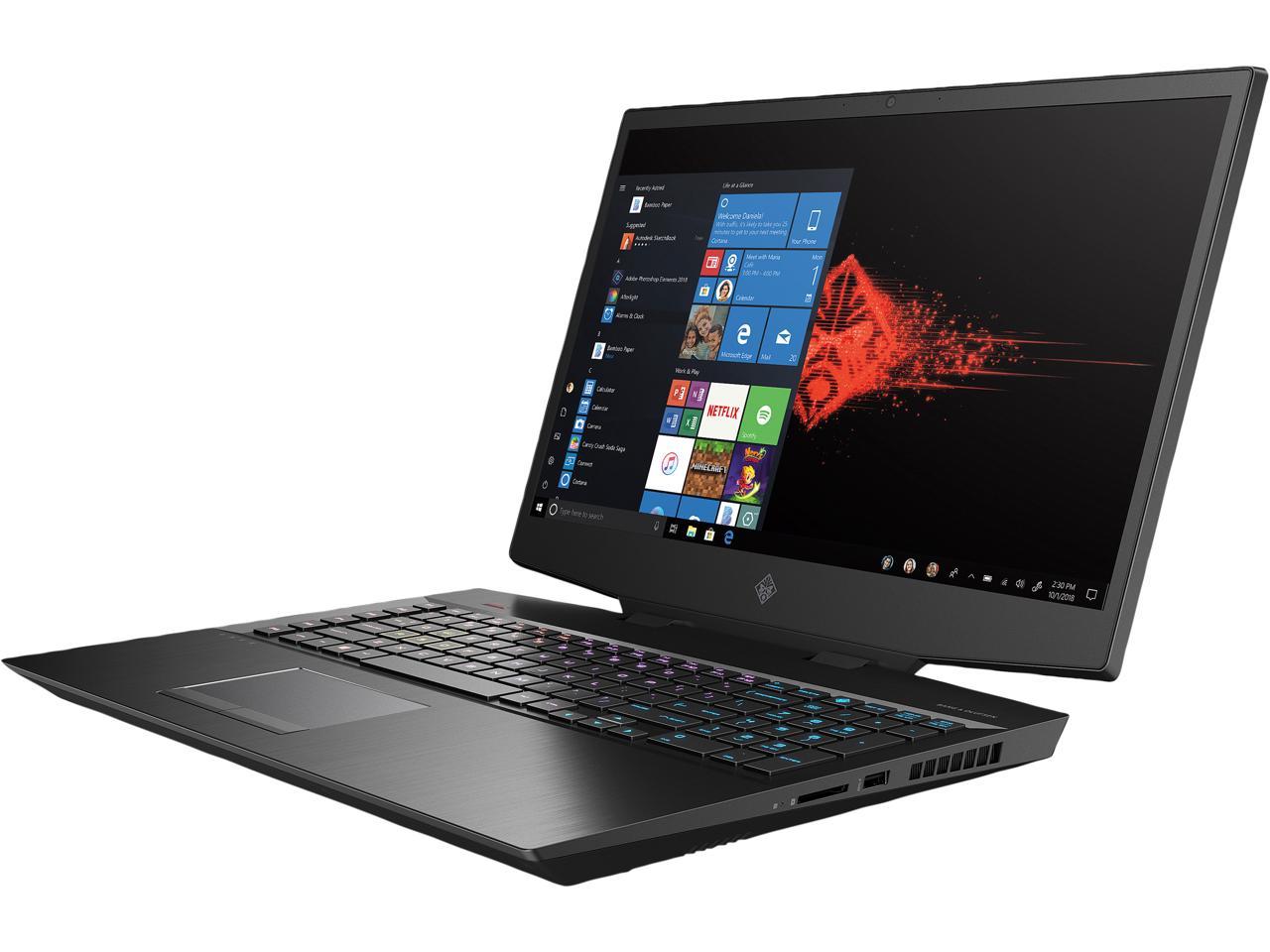 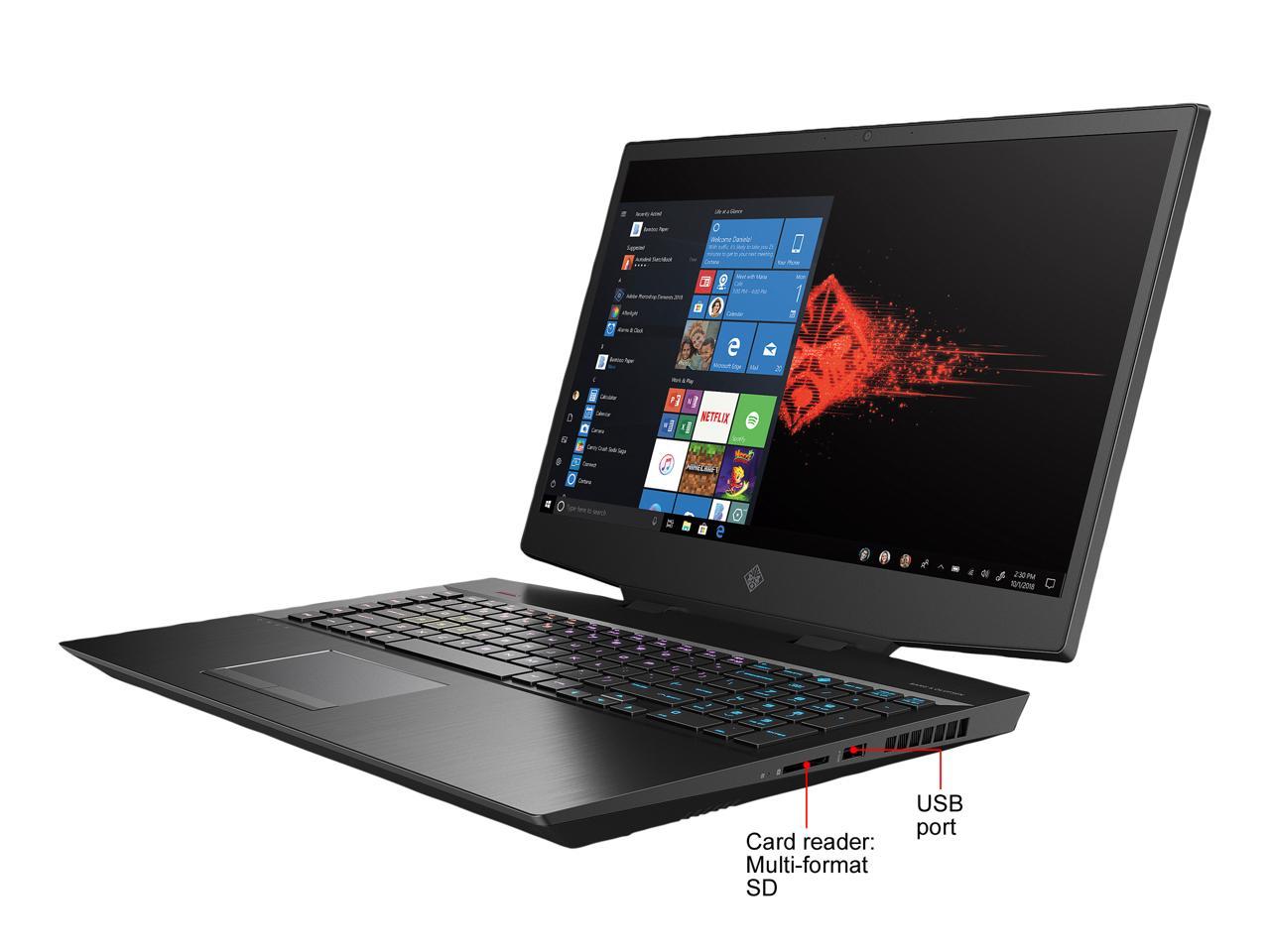 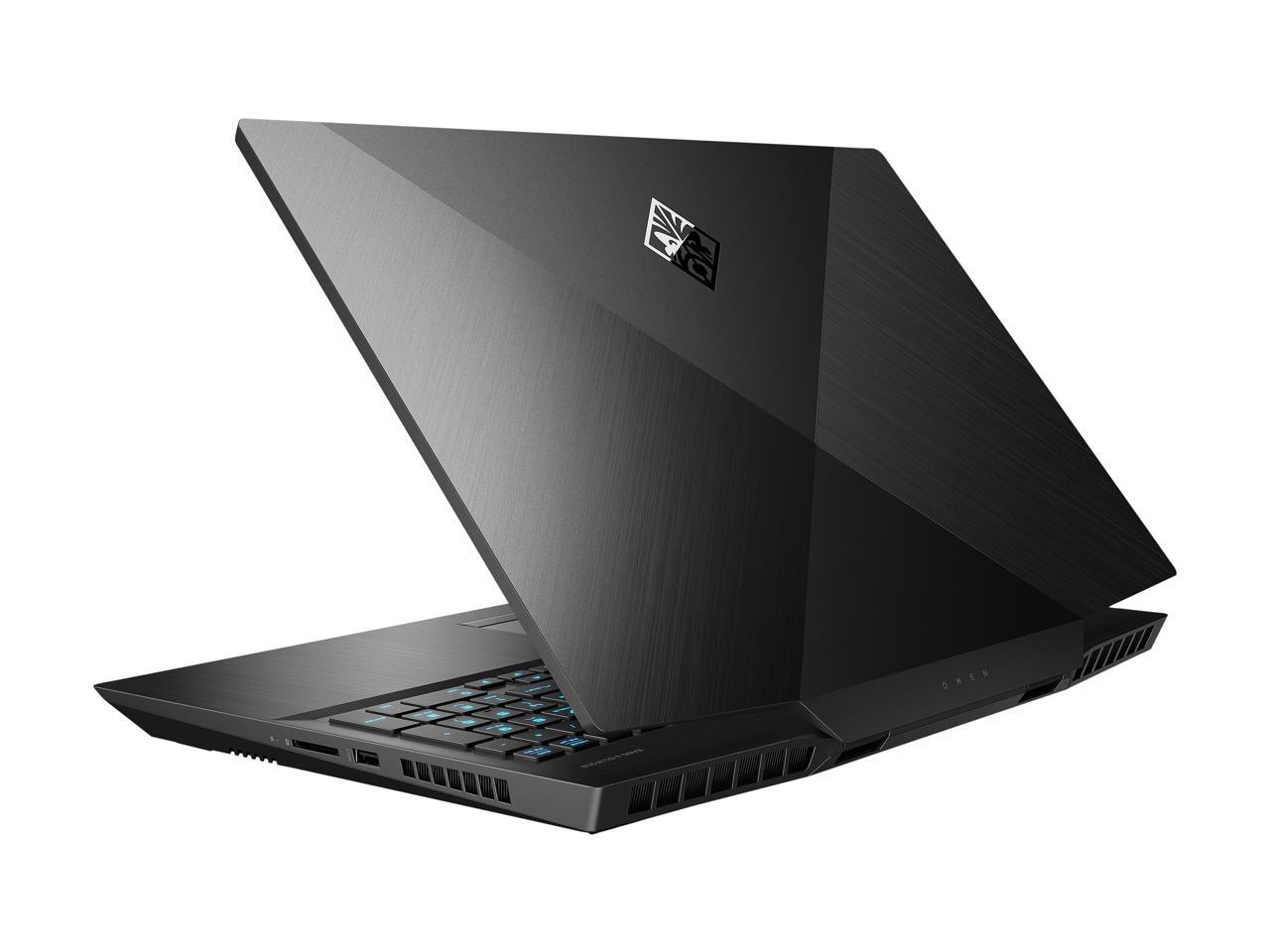 Stay on top of your game with the HP OMEN 17, a gaming laptop efficiently cooled by OMEN Tempest Cooling Technology to give you maximum processing and graphics power. Immersive visuals and audio coupled with features like OMEN Command Center and 4-zone RGB backlit keyboard offer you extra competitive advantages. Boot up your operating system and load games at lightning-fast speeds with 512GB solid-state drive.

With 16GB of DDR4 memory, everything from gaming to multitasking gets a speed and performance boost. Easily upgrade and maintain your system with single-panel access to HDD, SDD, and RAM. Note:
* All pictures are for demonstration only. Actual product may vary.

Cons: - Heavy, this is not something you would backpack around to the office and back. It s more for gaming or putting the finishing touches on a complex Auto Cad drawing from the couch as home. - Very Short Battery life. Not a computer that is designed for work away from its power brick. This pc has the power and graphics of a higher end desk Tom in a small package. I needs a ton of power to even run at medium speeds. The over locking can be turned down in the HO Omen Control center to a lower speed which will extend battery life beyond the 2 hours we got while working on cad files at medium over locking speed. - Powerful but runs hot when the graphics card is working hard. It has two chassis fans for cooling and they are quite loud when the unit is running at full speed.

Overall Review: This unit has the power of a higher end desktop computer in a small laptop package. This is a really big and heavy device that is nicely styled, with an excellent screen, fast and powerful graphics that can handle almost all modern titles as max settings, coupled with a 6 core overclockable Intel current generation CPU. It’s Bang and Olsen sound system puts out high quality sound and is tuned in such a way that it sounds outstanding. Another nice feature is that HP provided only the bare essentials in terms of the normal bloatware that is included many new systems allow lots of extra room on the system SSD for programs where you need a really fast start up time.. In my case I wanted the power and high end graphics for AutoCAD work and a little gaming when I want to keep working from the comfort on an easy chair. That said this is not really a laptop that can be effectively used for long without its power brick. While I was working the power brick somehow became disconnected and running on medium power the unit lasted about 2 hours. HP Omen Control Center in bound to a dedicated keyboard button for quick access and can be used to alter the power and cooling settings on the fly. There are three possible configurations, Lower Performance, which allows the CPU, Memory and Graphics to run at lower speeds and temps, a medium performance setting(the default) that will give good overall performance at the cost of more heat and fan noise and a Gaming setting that over locks the CPU, Memory and Graphics and will result in laptops fans going full tilt. In practice the default settings are fine for all but the most demanding games and handled AutoCAD, several ExcelSheets, a couple of word and powerpoint presentations, one note, MS Outlook and about 15 webpage tabs at the same time with ease. That said you will wand to invest in a laptop cooler to help cut down on some of this systems fan noise. I picked up one of those five fan coolers and find that it is enough to keep the system fans mostly quiet. In closing this is a very powerful system, with a full sized rgb keyboard(4 programmable lighting zones) and Power features at a sub 1300.00 price that are usually found in systems costing two or three times the price.

Cons: - A little large, but not too much to deal with.

Overall Review: - I would recommend this product

Pros: Screen is excellent. Plays current (2020) gaming titles very well. Quake 2 RTX (raytracing) at a consistent mid-to-high-50s fps. Fans aren't whisper quiet when the device is being pushed, but quieter than other high end gaming laptops out there. -- Note, the CPU fan is louder than the GPU, so if your cpu isn't being pushed but your gpu is, it will be even quieter. The case is a nice design. GSync works great for me, despite other reviews on other sites saying it doesn't work.

Cons: Speakers are not very loud, even at full volume they sound like they are at other laptops' 50% mark. Because the hinges of the screen are in the center, it is more susceptible to wobble from vibrations. Not terrible, but not immune. The WASD keys are permanently outlined. This is only a con to anyone who wants a uniform looking keyboard... Or for people like me who prefer ESDF when gaming. Keyboard colored lighting isn't as customizable as I'd like. You can only change the colors of 4 preset zones, rather than individual keys or set your own zones. Battery life isn't great, but I'm one who never uses his laptop without it being plugged in so it's not a deal breaker for me.

Overall Review: Despite the cons, I'm very happy with this purchase. They are quite minor in the grand scheme of things. I would strongly recommend a cooling mat for this laptop, *especially* if you plan on using it on your actual lap. I would certainly recommend this laptop to anyone who is looking for some very decent power at a semi-budget price.

Cons: Battery life is the poorest I have tried before on any laptop, for gaming lasts about 47 minutes and for office tasks approximately 2 hrs 25 minutes. No Good!

Did you find this review helpful?
Anonymous
Ownership: 1 week to 1 month
Verified Owner
Absolutely satisfied with my purchase. Excellent computer at a great price !11/5/2020 8:05:42 AM

Cons: -Speakers are low volume wise but if using external speakers ( as I do ), not an issue.

Overall Review: -If you're looking for the best mid-range gaming and graphics computer, this is the best in my opinion.

Pros: Love this computer! It’s so fast and gaming on it is a breeze!

Cons: Only thing is it’s heavy. But that’s barely a con

Overall Review: Would recommend to Anyone who wants a gaming laptop

Pros: So glad this didn't come with a bunch of junky software preloaded that I'd then have had to spend hours removing.

Cons: The only thing I don't like is the P buttons off to the right of the main qwerty keyboard. I'm constantly hitting those instead of the Tab and Caps Lock buttons I'm after! LOL Just a mental adjustment required, I'll get over it.

Overall Review: Good system, runs my games (wow, civ, etc) without any issues. It does run a bit hot, but has two fans to keep it cool. A little loud but not disturbingly so.