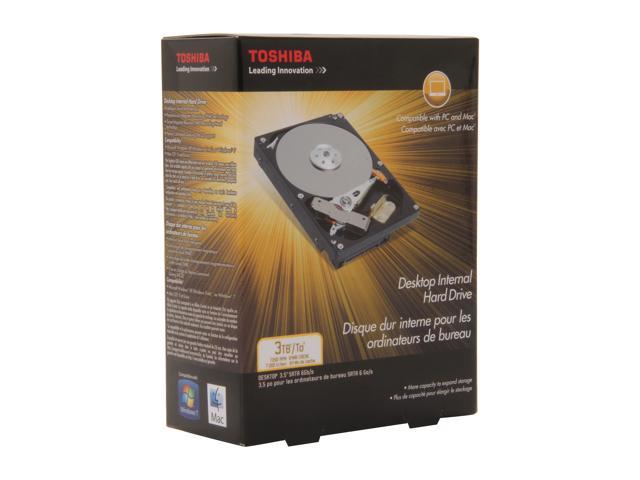 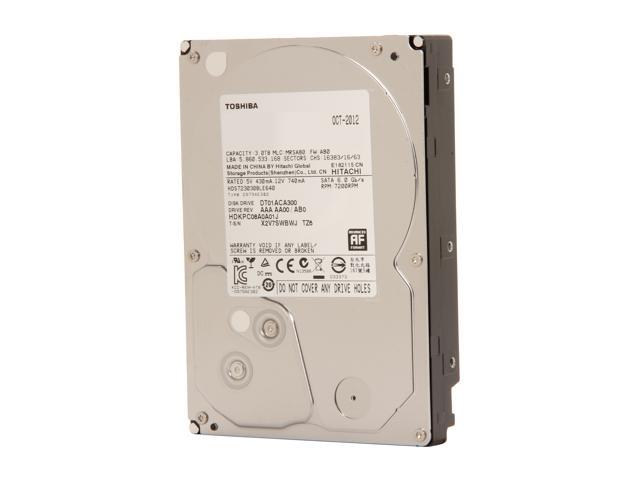 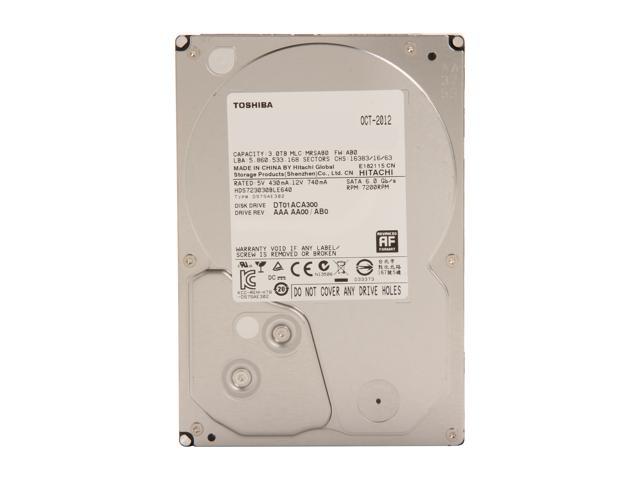 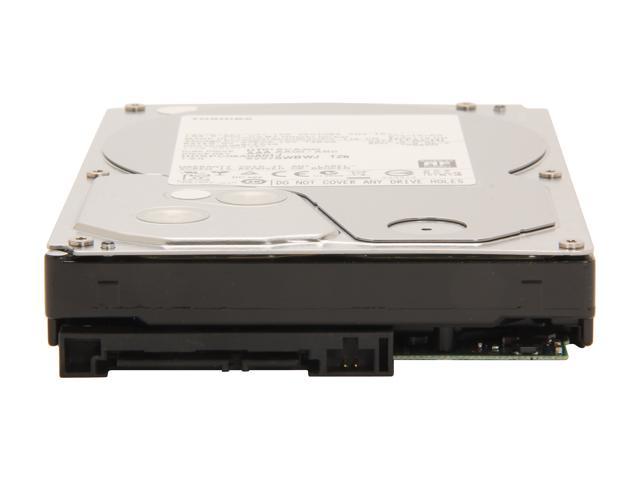 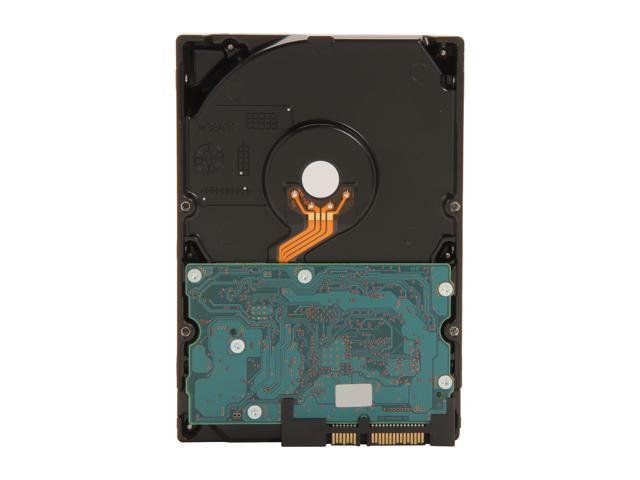 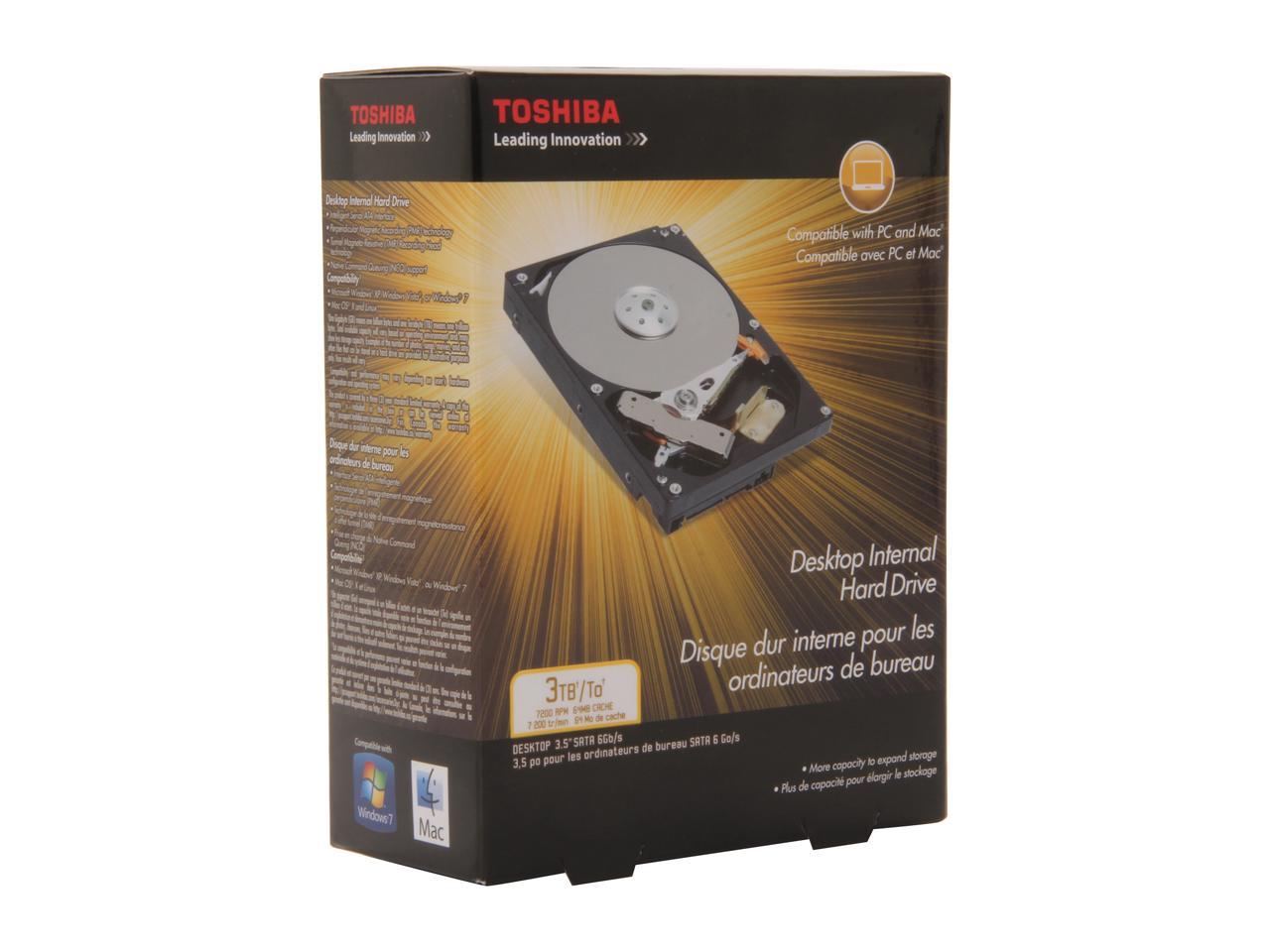 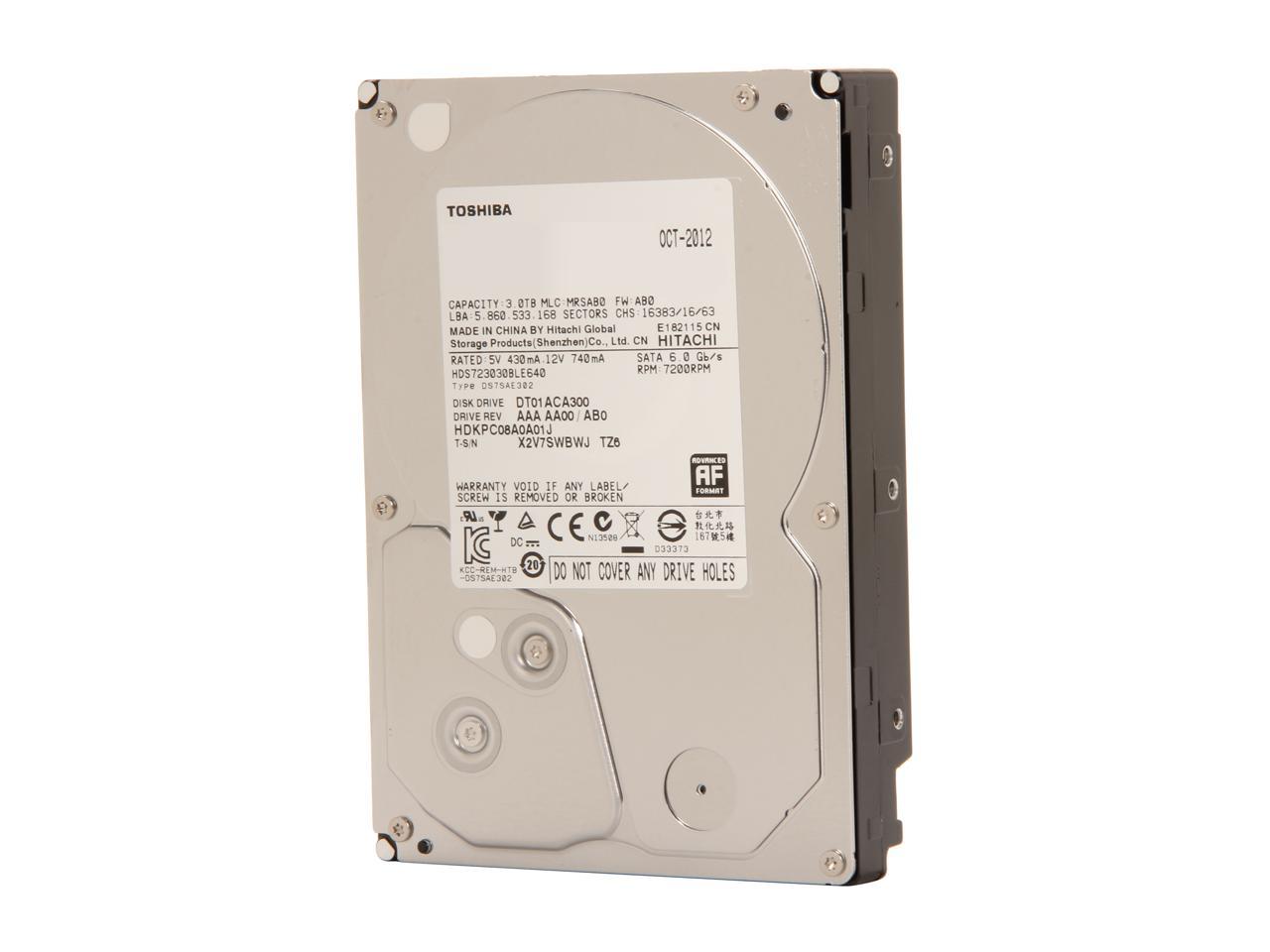 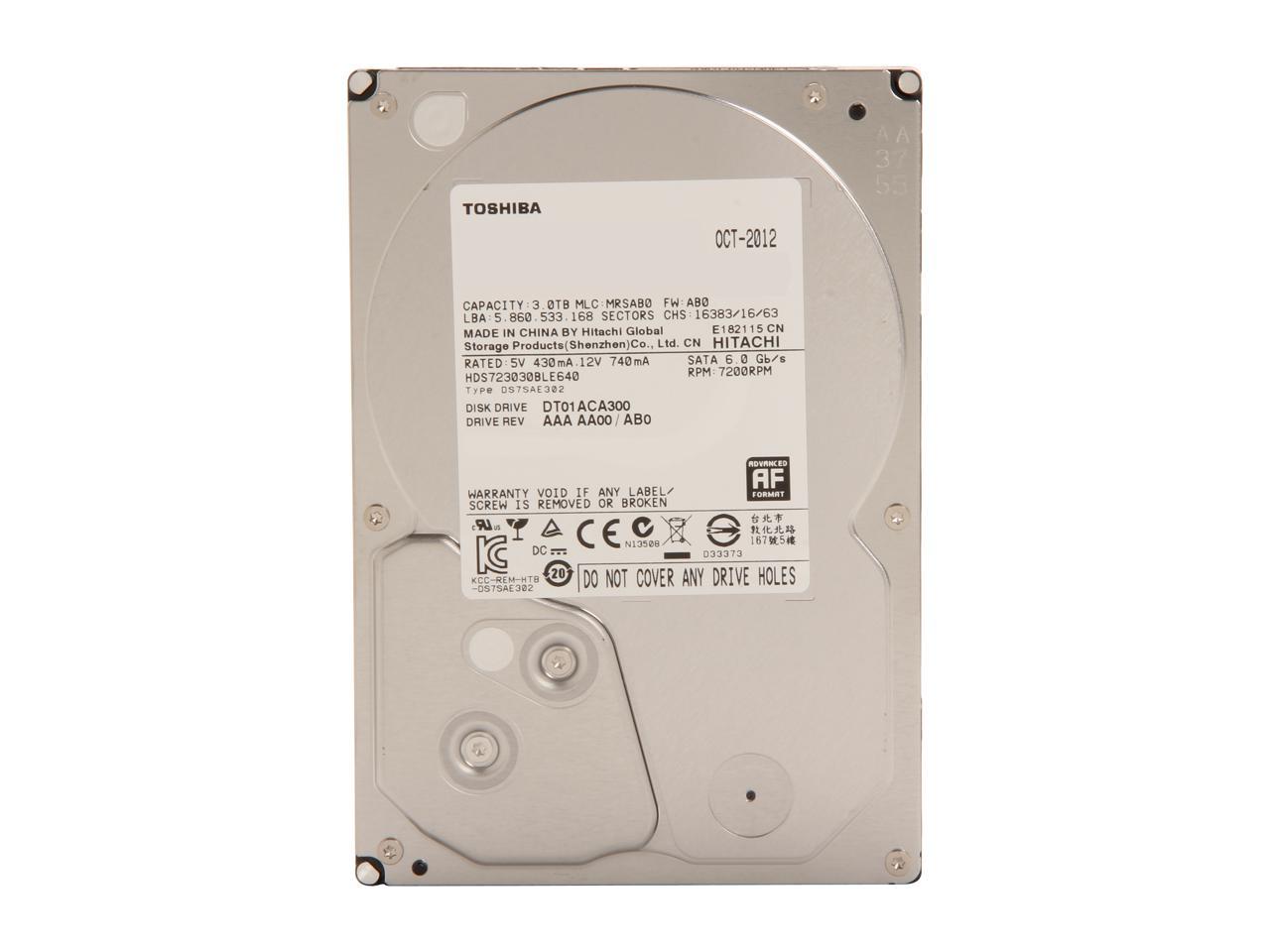 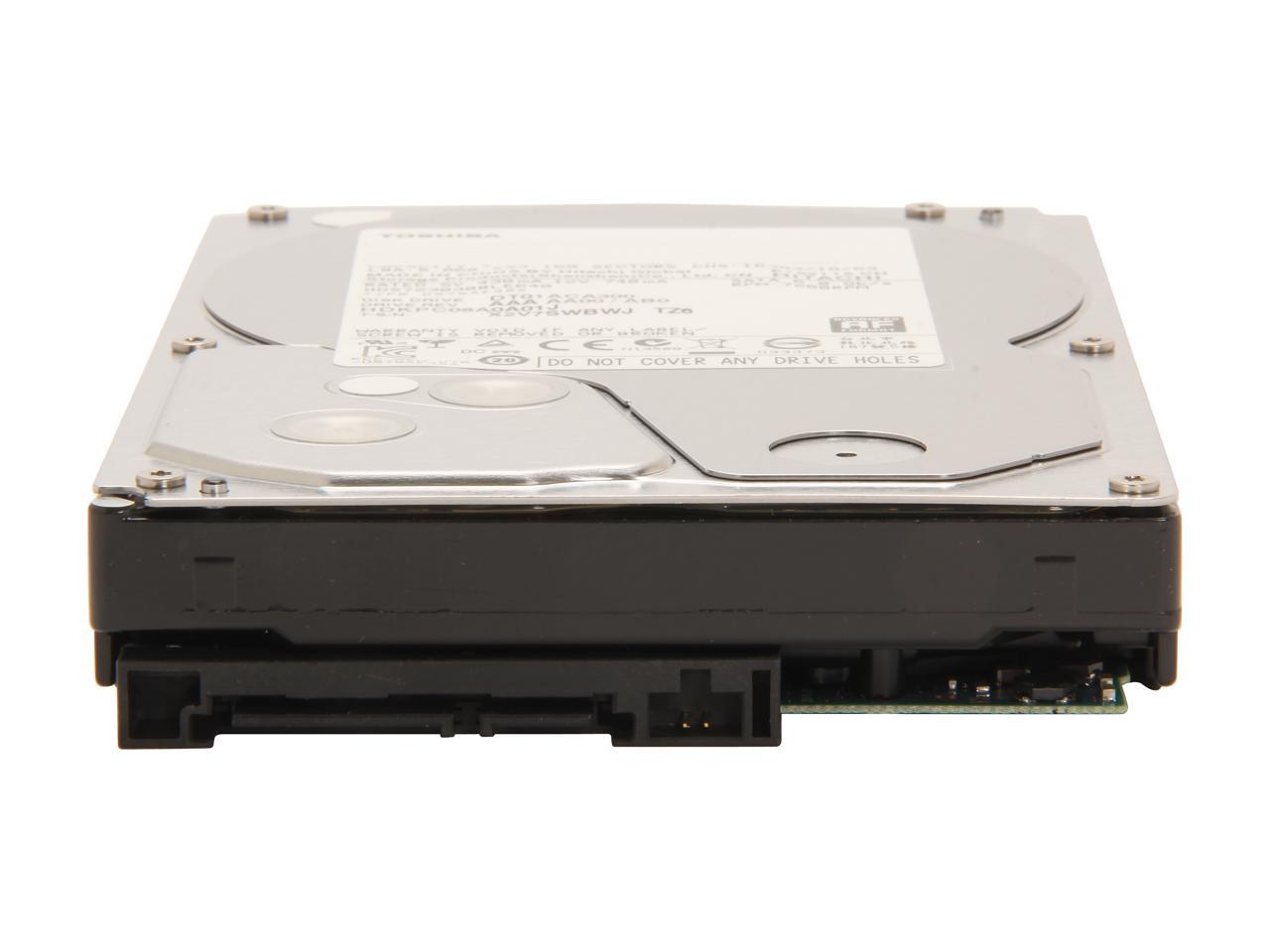 Pros: UPDATE: We've now been using the 2TB version of this drive for over two and a half years and it has been flawless. Originally, it was used in a Hybrid-drive setup along with an SSD. Then we got a larger capacity SSD as our boot drive so the Toshiba became just for temporary and long term data storage. For editing large home video clips a lot of data is written to the drive then deleted later. Also, we have hundreds of CDs ripped to this drive and we play long playlists from it several days a week. Overall, the drive gets a lot of use and it has held up well; it remains nearly silent and performance has not dropped off other than the usual slowdown that occurs when the drive is 2/3 full! Very good performance by itself or in Hybrid drive setup.<br><br>Runs quietly.<br><br>3-year warranty.

Overall Review: A lot of "bare drives" from Toshiba and other brands got bad reviews here and it was often because of poor packaging which didn't protect the drives during shipping. We chose the retail version of the Toshiba because of its more secure packaging and we've had no problems. Several friends bought the retail Toshibas, too, and no one has experienced a dead or damaged drive. We use the 2TB version of this drive in combination with an SSD to create a fast Hybrid drive. The SSD works as a cache for frequently-accessed files, giving your system SSD-like speed but with large storage capacity, too.<br><br>Many newer motherboards can use the free Intel Smart Response to create a Hybrid drive. For older motherboards (which may be limited by having older/slower SATA II ports) you can use an add-on SATA III controller card such as SYBA SD-PEX40054 or similar which includes an excellent feature called HyperDuo. This feature allows you to use a large or small capacity SSD and HDD to form a fast Hybrid drive. Choosing the "Safe" option during setup will store frequently-accessed files on both the SSD (for speed) and also on the HDD. The other option is "Capacity" mode where frequently-accessed files are only stored on the SSD and total storage capacity becomes SSD + HDD. <br><br>The Toshiba with its 7200 rpm spin speed and 64MB cache is fast enough and quiet enough to use as a boot drive all by itself and, in combination with any good SSD of, say, 32GB capacity or larger it forms a real high-performance system with plenty of storage capacity if you choose to go the Hybrid route.<br><br>In any case, a 3TB drive will yield about 2.83TB of usable capacity after formatting, while a 2TB drive will yield about 1.89TB after formatting.

Overall Review: while copying 900GB of files from other internal 7200rpm SATA 6Gb/s HD got short bursts of 125Mb/s but copied steadily @ 85Mb/s.

Cons: Manufacturer states that the box contains only the hard drive - no mounting screws, etc. Maybe that's why they say "Professional installation recommended"?

Overall Review: We have the 2TB and 3TB versions of this drive for a couple of years. They've been solidly reliable and have good transfer rates.

Cons: You don't know what your getting when you order this drive. The first two that I bought were rebranded Hitachi's and they've been fine. The most recent drive is a Toshiba drive and it failed after 5 months. Although there is supposed to be a 3 year warranty it's meaningless because there doesn't seem to be a mechanism for RMAing a hard drive to Toshiba. There website doesn't seem to support internal drives. The serial number and the device model are unrecognized by their website.

Pros: These Toshiba drives are super reliable. I pick these up when ever they go on sale.

Overall Review: These drives are fast and reliable.

Pros: Unfortunately I do not have much to say good or bad. Not DOA.

Cons: Unfortunately I do not have much to say good or bad.

Overall Review: Also my first >1Tb hard drive purchase. I bought this one because of price. I only needed a drive to back up my four 1tb RAID5 NAS array. The drive gets written to once a week with a full backup, then should idle for the next 6 days. The other RAIDS all have separate backup drives. Using a Supermicro 836BA case. Speeds settle down to the 135MB/s range.

Pros: The tech experts at Casper figured out the problem that was keeping Casper from copying my existing Toshiba 2 TB drive to this new one. Apparently the new one uses a different method of aligning the partition and Casper has to be properly configured to deal with that. Instructions below in other thoughts.

Cons: No Cons now, I'm increasing my rating to five eggs! BTW, I was quite impressed with the tech help from Casper. Thanks Jim!

Pros: We have the 2TB model which is fast & quiet. It has worked perfectly for over 2 years. On our home network we use it to record & play TV shows, then delete and record again. The drive has held up well. It also holds a large collection of music which we play every day and, again, never a hiccup and it remains quiet and smooth in operation.

Cons: None for the 2TB model

Overall Review: The boxed models appear to have very secure packaging so the drive reaches you in good condition. Recommended.