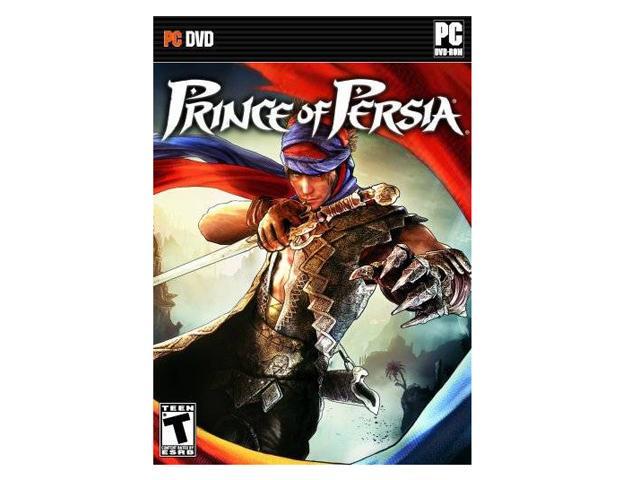 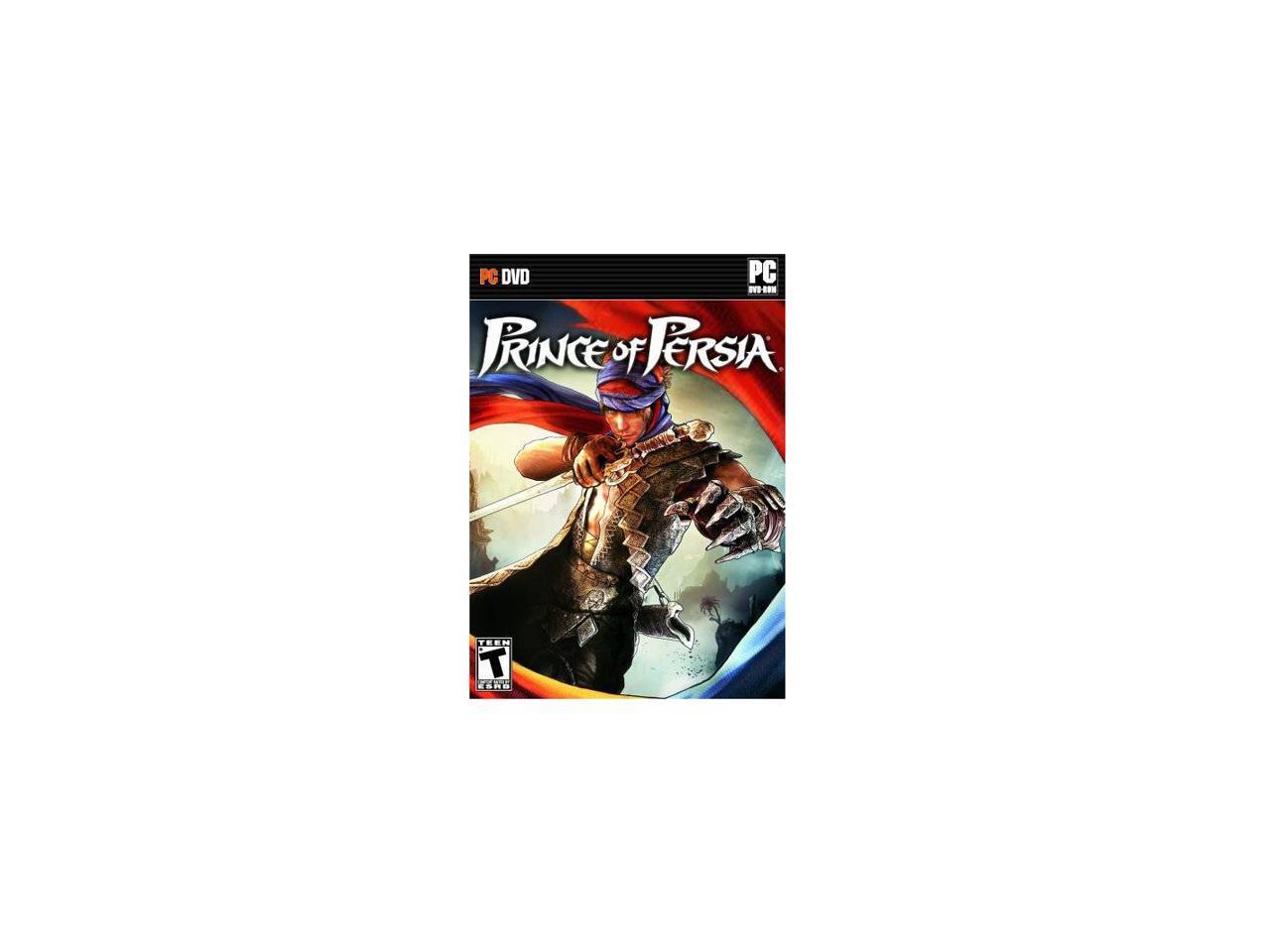 (22) Write a Review
In stock. Limit 2 per customer.
Ships from United States.
Please note that this product is non-returnable and non-refundable.
Overview
Specs
Reviews
PRINCE OF PERSIAPrince Of PersiaSet in a land rooted in ancient Persian mythology, the Prince finds himself caught in an epic battle between the primal forces of light and darkness: the God of Light, Ormazd versus his brother Ahriman, the destructive God of Darkness. The Prince arrives just in time to witness the destruction of the legendary Tree of Life o an act which threatens to plunge the entire world into eternal darkness. Manifested in the form of the Corruption, a dark substance that physically contaminates the land and the skies, the Prince must partner with Elika, a deadly companion, to heal the world from the evil Corruption. A new hero emerges: Master the acrobatics, strategy and fighting tactics of the most agile warrior of all time. Grip fall down the face of a building, perform perfectly timed acrobatic combinations, swing over canyons, buildings and anything that is reachable. This new rogue warrior must utilize all of his new skills along with a whole new combat system to battle Ahriman's corrupted lieutenants to heal the land from the dark Corruption and restore the light. A new epic journey begins: Escape to experience the new fantasy world of ancient Persia. Masterful storytelling and sprawling environments will deliver to action-adventure fans an experience that rivals even the best Hollywood movies. A new open world structure: A first for the Prince of Persia franchise o now you have the freedom to determine how the game evolves in this non-linear adventure. Players will decide how they unfold the storyline by choosing their path in the open-ended world. Emergence of a deadly new ally: History's greatest ally is revealed in the form of Elika, a dynamic AI companion who joins the Prince in his fight to save the world. Gifted with magical powers, she interacts with the player in combat, acrobatics and puzzle-solving enabling the Prince to reach new heights of deadly high-flying artistry through special duo acrobatic moves or devastating fighting combo attacks. All new for Next-Gen: The franchise's debut on next-generation consoles utilizes Ubisoft's proprietary Anvil engine, the same engine used to develop Assassins Creed.Discs: 1ESRB Rating: TIEI Rating: AAAPlatform: PC GamesUbisoft

Learn more about the Prince of Persia

Pros: The game looks and sounds great and the animations, character interactions, and combat are all extremely smooth. Ubisoft really polished the hell out of this game. Also, no DRM of any kind. NO cd key, NO activation, even runs without the disk.

Cons: None really. Could be a little longer?

Overall Review: I know its not much like Sands of Time, but if you approach this game with an open mind, you will have fun. Thank you Ubisoft for realizing that DRM was not worth anyone's time or money. I hope this is the start of a continuing trend.

Pros: This game is really fantastic. Beautiful graphics, and sound. Stable with good performance on my computer (E8400/8800GT @ 1920x1280). Playing is truly a relaxing and enjoyable experience.

Cons: A little too short and a little easy. Not enough in the way of character advancement or unlockables.

Overall Review: I play this game with a 360 controller and it is hard to imagine how it would work well with the keyboard.

Cons: Why is it T rated - I haven't seen anything so far and my 8 and 6 year old daughters love to watch me playing.

Overall Review: Thinking that it would take a lot of processing power, I installed it on my workstation - Q6600, 2GB RAM, and Nvidia 9800 with 1 GB. I run it on full resolution (1920x1200) and only the graphics card becomes little hot (70C) - no significant load on processor, and that too only one core!

Cons: Character graphics are a bit cartoonish. Getting the "Light Seeds" after completing each area feels a bit too time consuming.

Overall Review: I think this is a decent game. Hesitant to give 5 eggs since I found the previous titles (Sands of Time, Warrior Within, The Two Thrones) a bit more enjoyable, but this one is still fun. I typically buy PC games when they are $10 are less and certainly recommend this one to anyone that likes the Prince of Persia play style. It's different from the others (from what I remember, been a few years) but still enjoyable in its own way. I have finished about 30% of the game so far.

Pros: i havent played through the entire game but so far its pretty fun. the only prince of persia game i've ever played before this was the original on nintendo. the fighting system and movement is very reminiscient of the original. also, the graphics are very nice (and demanding).

Cons: the game does not support my saitek p2600 controller. it seems to ONLY support Xbox-PC controllers as indicated on its option screen. this is one of those rare games on PC that actually feel better with controller than keyboard/mouse.

Overall Review: the graphics remind me of streetfighter4... my geforce 8600GT runs the game in medium settings... i bought it for $6.48 shipped!

Cons: The conversation between the hero and the princess can be a little long and annoying. The ending is sorta suck.

Overall Review: At the current price, it is a no brainer. I paid two bucks more for it, it is still was not a bad deal. I am giving this 5 stars because it offers great value for the price. I would probably have given it 3 stars if I had to pay the release price for it.

Cons: -Laughable dialog -Story doesn't make much sense and one idea is stretched across the entire game -Ending didn't make sense -Boss fights while not difficult were tedious

Overall Review: While I did have fun it isn't much of a game. At this low price you may as well get it though.

Pros: No install key, and DVD is not needed in drive to play. Graphics are good. Cheap when on sale.

Cons: Script doesn't fit with the environment the game is supposed to be set in. Combat system needs work on KB/mouse. I suppose game controllers work better for these kinds of games.

Overall Review: Somewhat repetitive, only basic interaction with one character. Worth the sale price but not worth whatever it sold for at release.