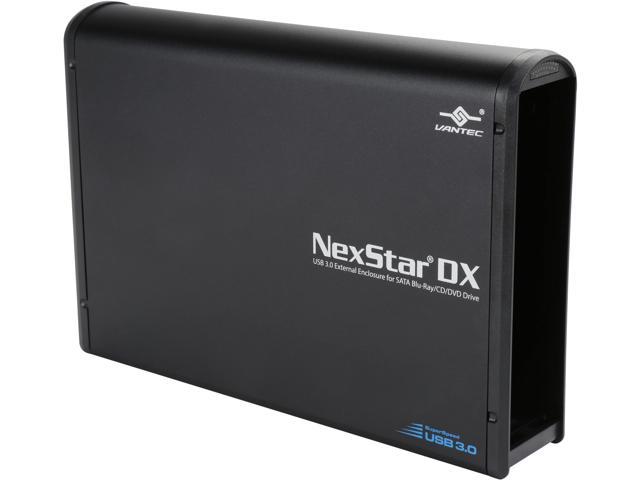 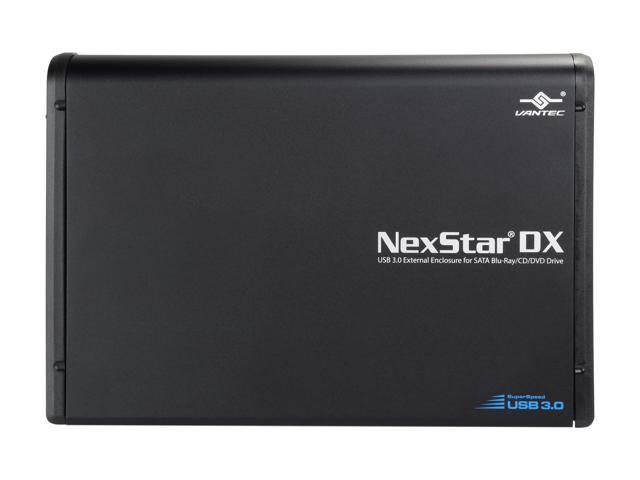 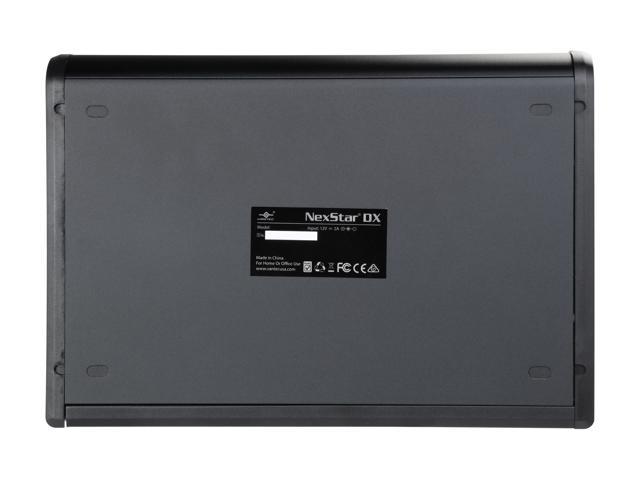 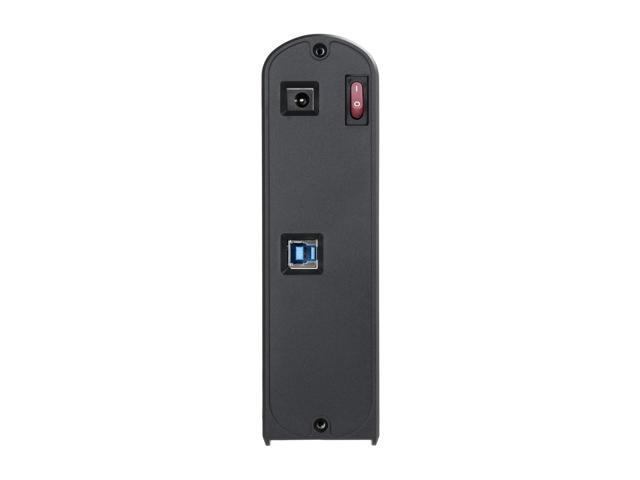 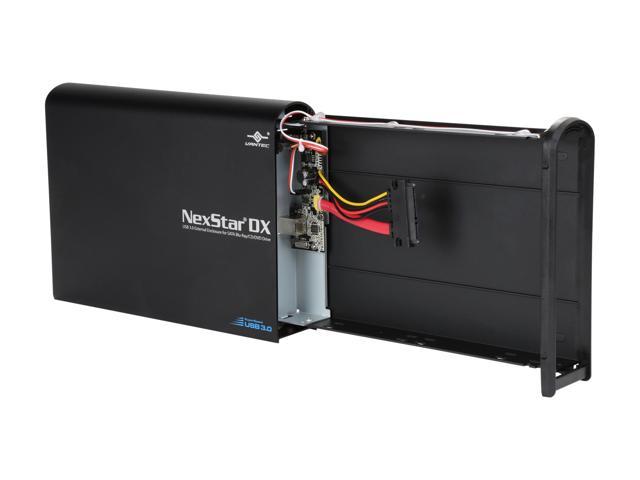 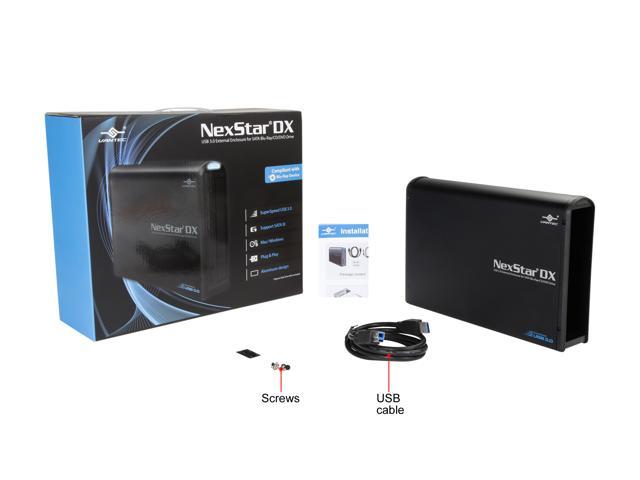 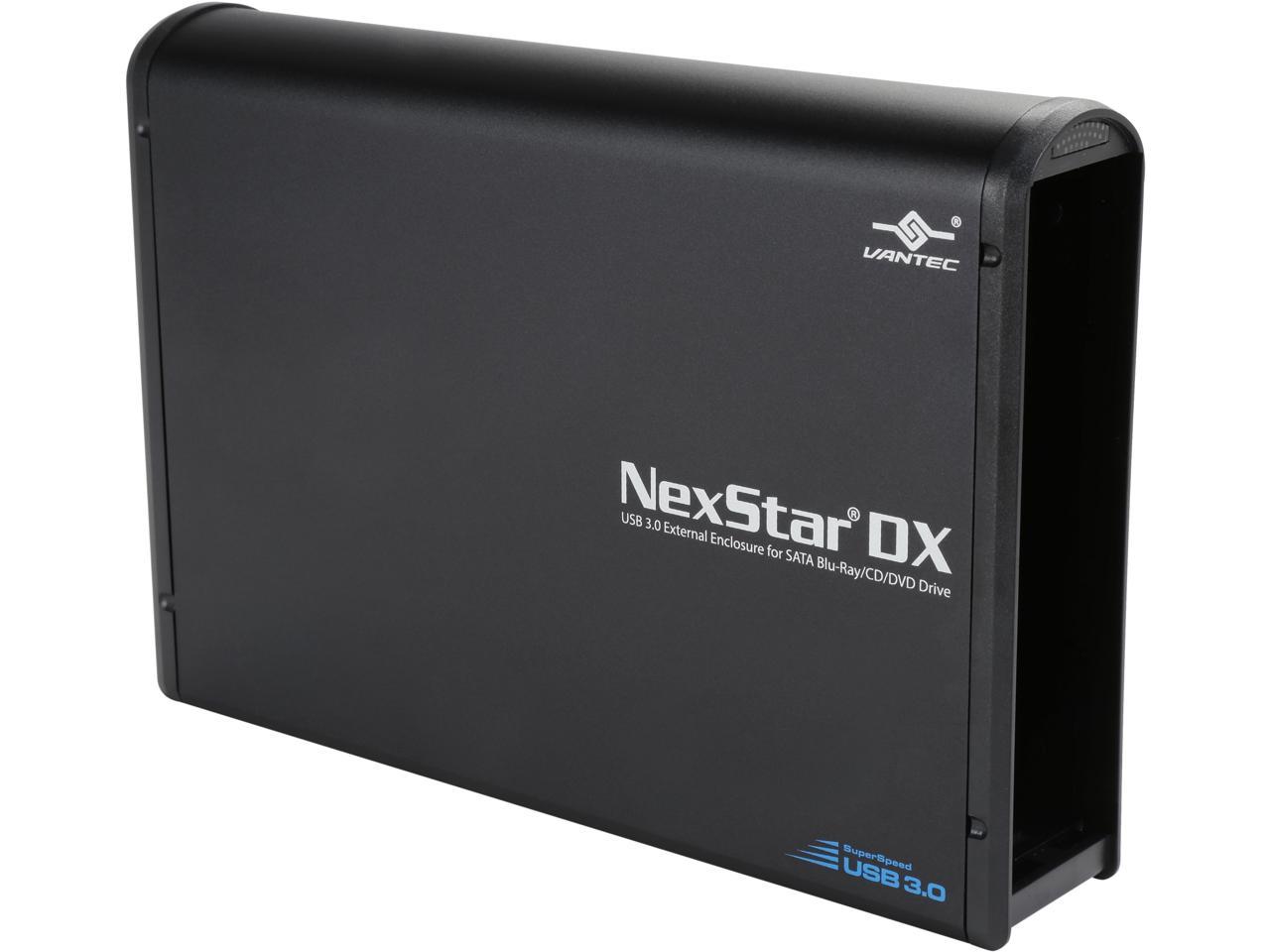 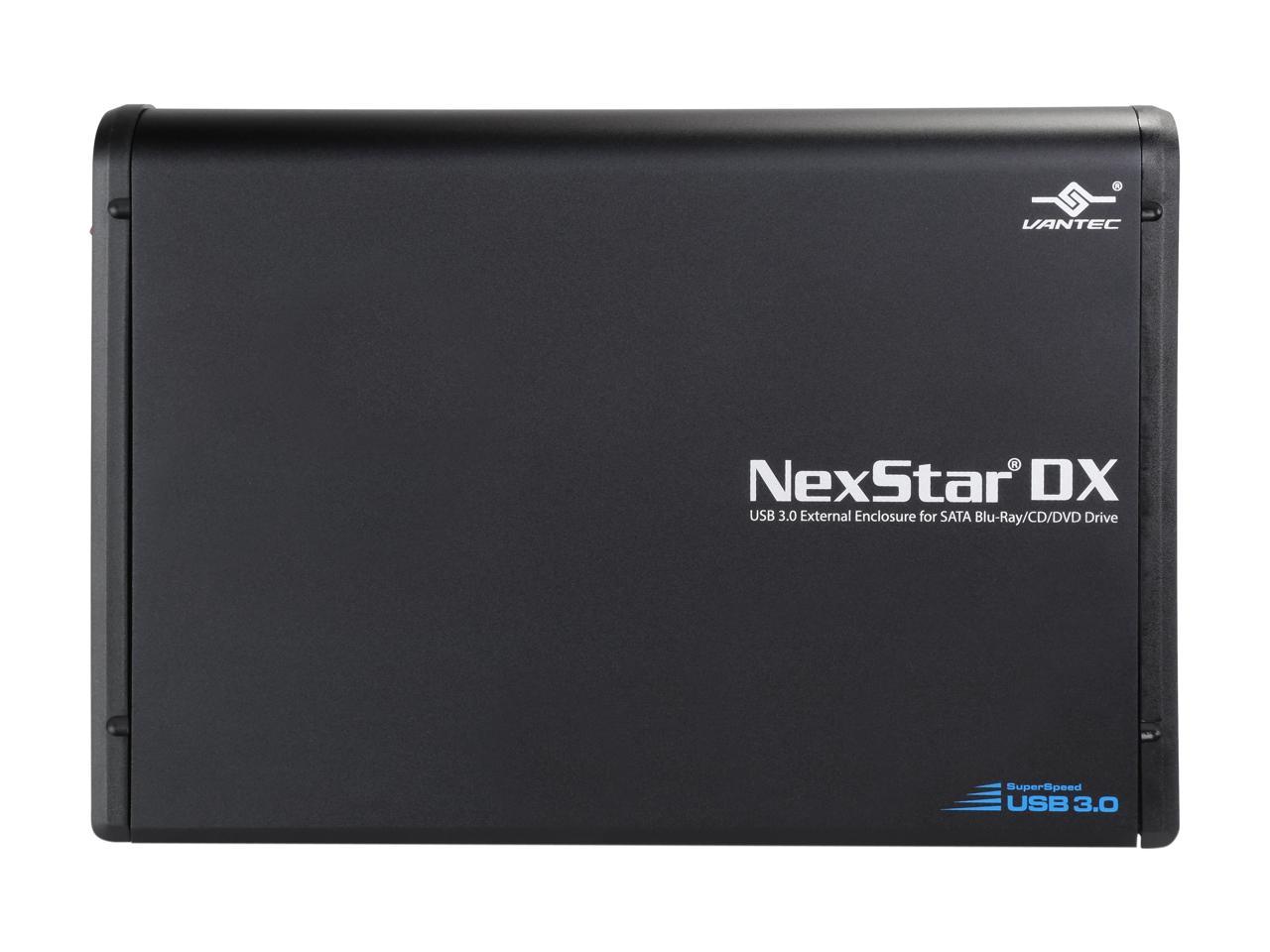 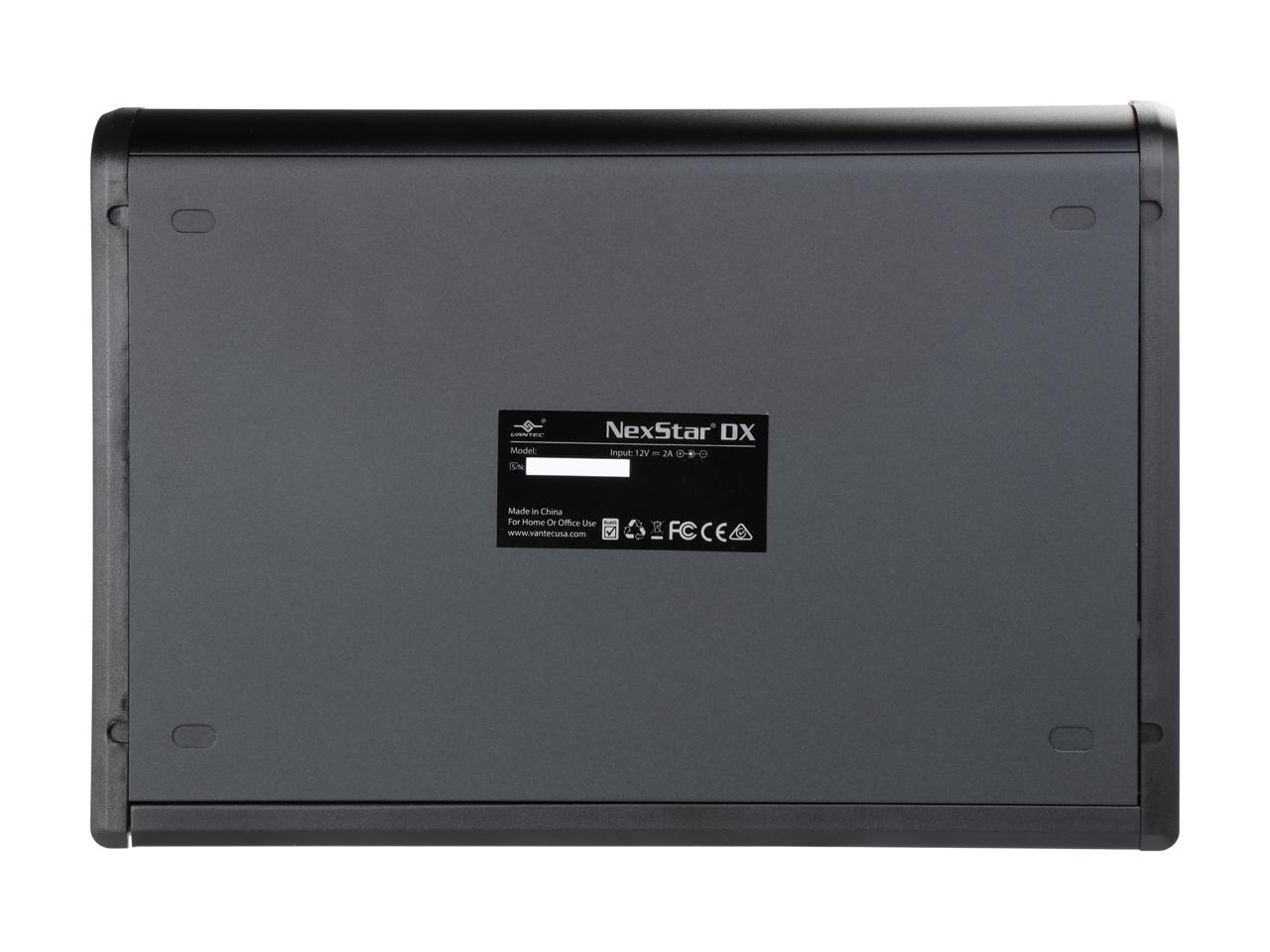 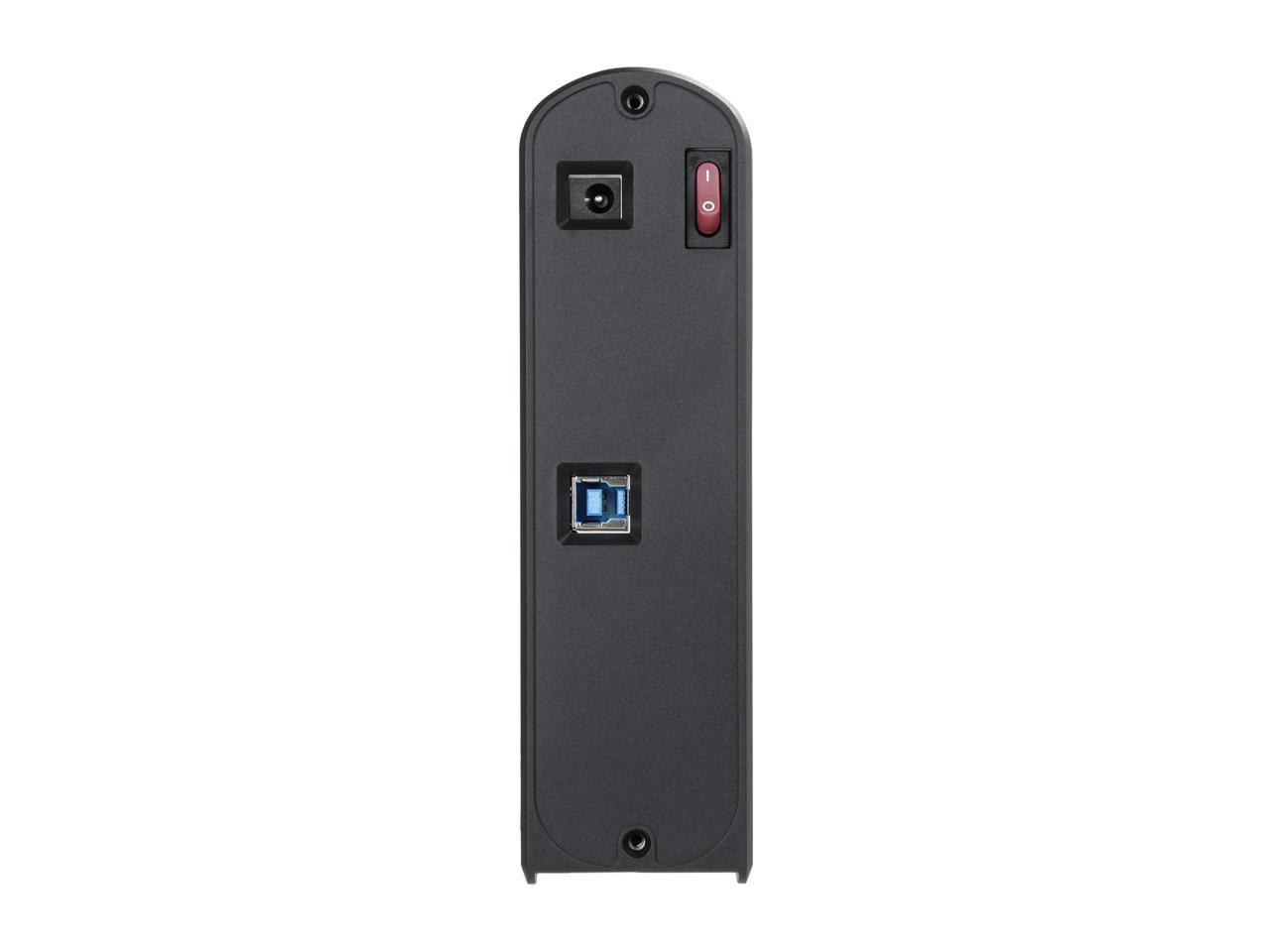 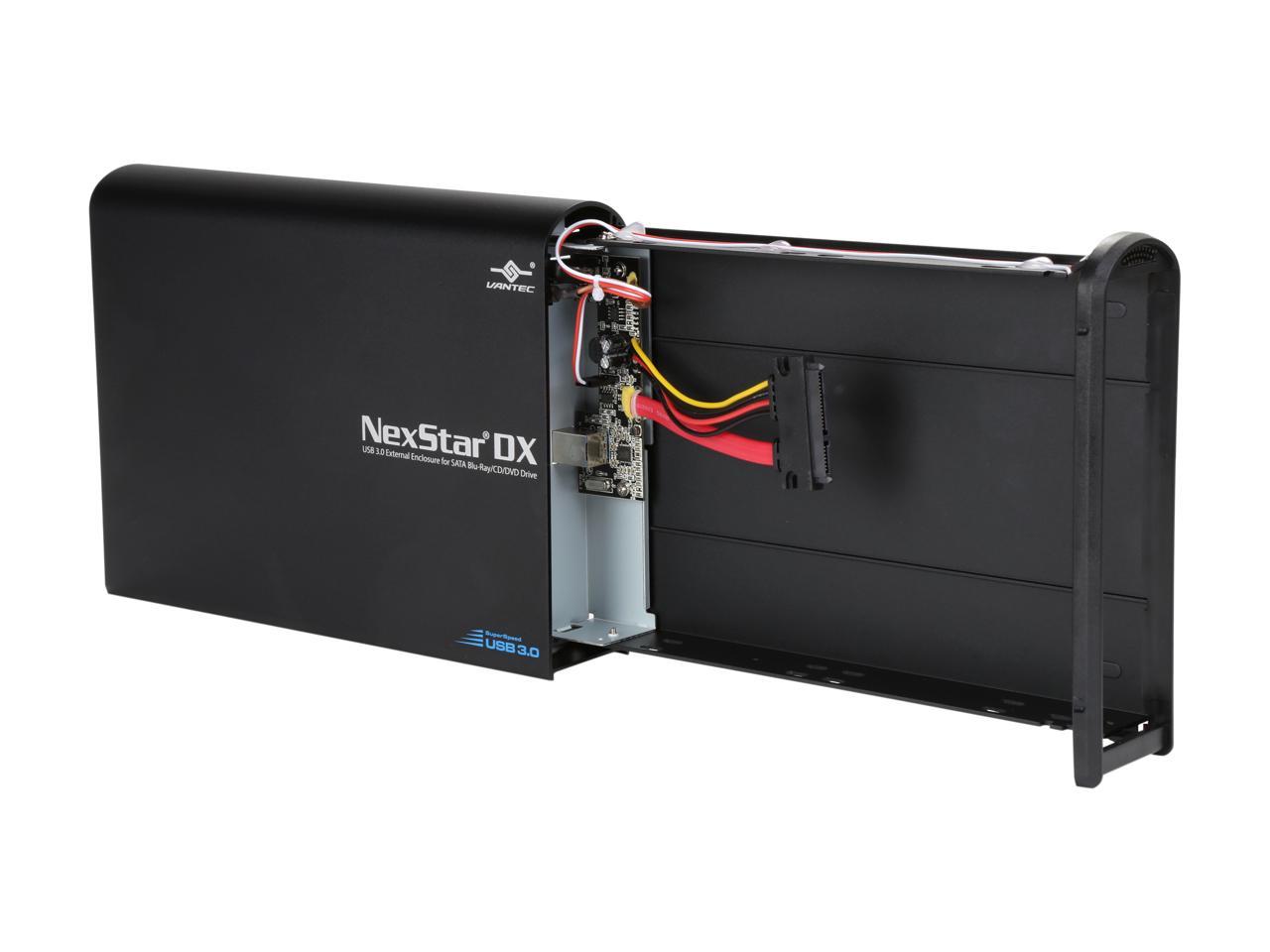 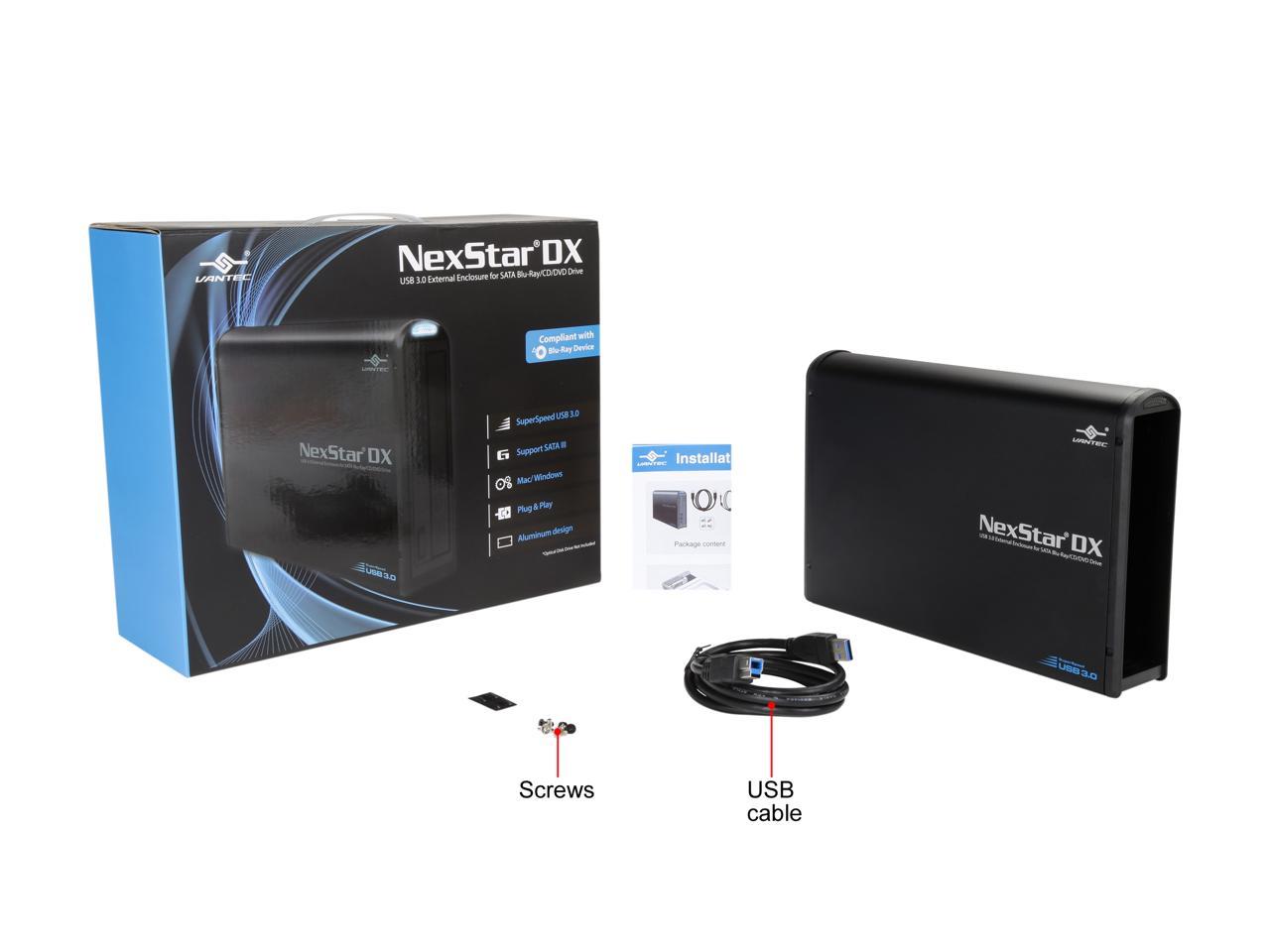 Learn more about the Vantec NST-536S3-BK

Overall Review: This is my second Vantec unit. The first one is close to 5 years old and is still running strong.

Pros: Nice packaging Sturdy unit, pleasing housing Easy to assemble Everything needed is in the box Works with all OS

Cons: Those pesky little screws are always hard to install whatever case you are working with

Pros: This case works great for my blu-ray drive that i took from my old tower and use it for new gaming tower that has no slots for it. Hooked up externally with this and plugged into a usb 3.0 slot. Works great, no complaints. Burned numerous blu-ray disks easily with no issues. Played blu-ray movies with no issues. Also like that it can be flat or upright.

Cons: No real negatives. Had it for about 2 months.

Overall Review: I'm using this with a LightScribe burner rated at 5V/1.5A & 12V/1.5A. That calculates out to 25.5W max total. This LS-DVD burner is currently working OK with this power supply. I have another spare LightScribe burner rated at 5V/2A & 12V/2.5A which I haven't tried. At a possible 40W total draw, will not try that one. Don't know what specs to believe. FWIW, my external M-Disc burner has a 12V/3A power supply. I also have several portable (USB powered, 5V only) optical drives, and each of these draws less than 10W (actual measurements.)

Overall Review: This is the ticket. Its a case for that SATA 5.25" BD R/W player that you paid dearly for but now no longer fits in your new computer case (or laptop). This makes a nice external case for that player! Nice looking case, all black, with LED indicators. Just plug the Power/SATA connector into the BD player and fasten the player with a few included screws and put the cover on and your done! comes with a wall wort Power Supply and a nifty USB 3 cable. Looks great, recycles that expensive BD player you bought a few years ago, what could be better!

Pros: This unit is made of a machined aluminum case and fits together nicely. It's durable. To me seems a little faster having a full sized drive connected to the USB 3 than the one that I had that was a smaller form factor, basically a laptop drive in a plastic case, though that could be the higher end drive I bought for it.

Cons: Arrived DOA. Put it together and the drive door would open but it wouldn't scan or recognize the disc. RMA and I have a new one that is currently working. I went against the other reviews that said they had problems with it because of the price which is good. I think this is a problem with a lot that had a defect in it from the manufacturer. Time will tell .

Overall Review: Solidly made but be aware of possible issues.

Pros: Nothing Pro - since it has never worked. View this review as NO EGGS.

Cons: Doesn't function. Spins intermittently but never loads any CD or DVD then light goes out. Should have taken greater notice of several reviews that point out the power supply is insufficient for the demands of the item. I even swapped a Vantec power supply from a functioning 6TB exernal hard drive enclosure, but it didn't work either.

Overall Review: I would not recommend this product. I have three Vantec external hard drive enclosures that work, but this Blu-Ray/DVD/CD drive doesn't.

4 out of 5 people found this review helpful. Did you?
Manufacturer Response:
Hi James, Thanks for writing. If other power supply does not work either, the unit is defective and is not reflective of the power supply being Inadequate. We apologize for the inconvenience this may have caused you. We do provide a one year warranty from the date of purchase on your product, so feel free to get that exchanged for a brand new unit. Thank you for looking into our products. We do value your patronage. Best Regards, VantecUSA Customer Service Team.
Gregory W.
Ownership: more than 1 year
Verified Owner
Solid design. Easy assembly. Poor quality power supply.1/22/2019 2:43:53 PM

Pros: As said above, the quality of construction of the enclosure is very good. Pretty much any 5.25" optical drive (CD/DVD/Blu Ray) will easily fit and be securely held in this enclosure. Solid metal construction with minimal plastic should help dissipate heat.

Cons: Power supply is woefully weak. Says 12w 2a, but when I installed an LG WH14NS40 (14x blu ray burner) and powered enclosure on, the drive was detected, the power light on the drive came on and when a disc was inserted, the drive access light would come on as if the disc was being read but nothing after that. After a couple of minutes of a flashing access light, it would stop and the drive was unable to detect any disc (cd/dvd/blu ray) that I would insert. There was no noise of a disc "spinning up" or being read. I removed the drive from the enclosure and swapped it out with another LG blu ray burner, an LG WH16NS40 (16x blu ray burner) from a desktop pc of mine, but the results were the same. However, with either drive installed in the desktop, I no problems detecting, reading and writing discs of all types (cd/dvd or blu ray). The power requirements for both drives are the same (12w 2a), so the problem obviously lies with the power supplied to the drive while in the enclosure. Unfortunately, I didn't need use of the enclosure right away, so I let it sit in the box after receiving it for the better part of a year without testing it, assuming everything would work as planned when I did need it. It is out of the warranty period, so I am stuck with it, and the only option I have is to try and find another brand of blu ray burner to try or "downgrade" to a blu ray "reader" with dvd burning as an option or just a dvd burner if one can be found that will require 12w 2a or less.

Overall Review: I would recommend anyone considering this enclosure to do their research and verify, if possible, compatibility with whatever drive they intend to use. All the reviews that I've been able to find mentioning use with LG blu ray drives haven't given drive model numbers or mentioned if they were just blu ray "readers" (bd rom with dvd writing capability) or "rewriters". The power requirements for dvd burners and blu ray readers are probably less than that for burners, or maybe I just got a lemon of a product. Has anyone else had this same problem with this product?

4 out of 5 people found this review helpful. Did you?
Manufacturer Response:
Dear Valued Customer, Providing the best product and customer experience is our top priority. If you have questions about our products please feel free to write to us for assistance at support@vantecusa.com. We will try our best to answer your questions. Thank you for looking into our products. We do value your patronage. Best Regards, VantecUSA Customer Service Team.