Purchases from these Sellers are generally covered under our Newegg Marketplace Guarantee.
1,058 Ratings (92% Positive)
Sold and shipped by:

Sunvalley BrandsContact Seller
This product is sold direct from the manufacturer.
Ships from United States.
1,058 Ratings (92% Positive)
On-Time
Delivery
92.90%
Product
Accuracy
94.51%
Customer Service
Satisfactory
90.20%
View All Seller's Reviews
Volume Discounts Available
This item is currently out of stock and it may or may not be restocked.
Out of Stock
Add To ListFound on 2 wish lists 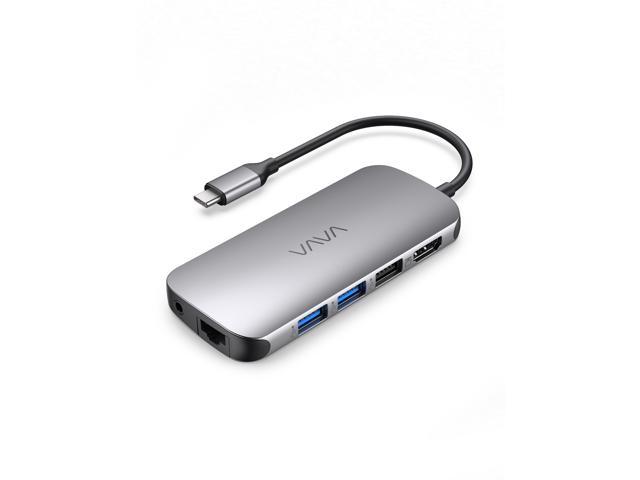 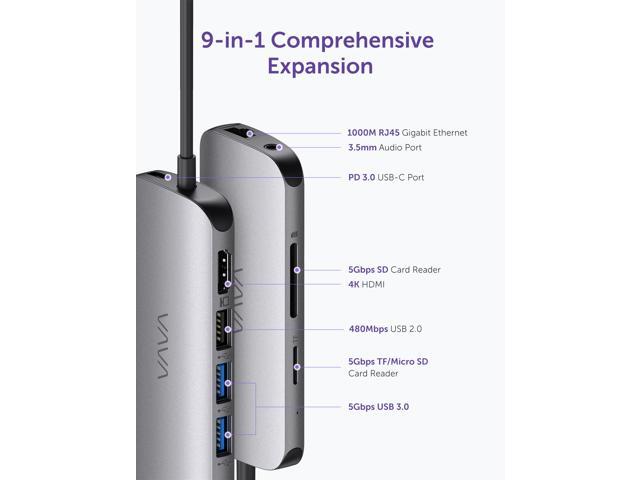 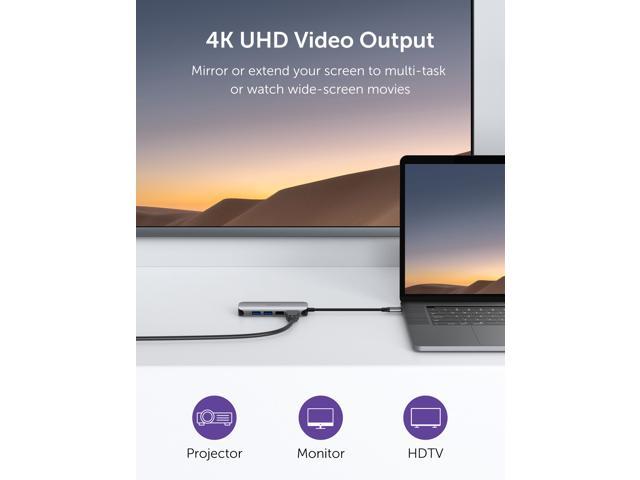 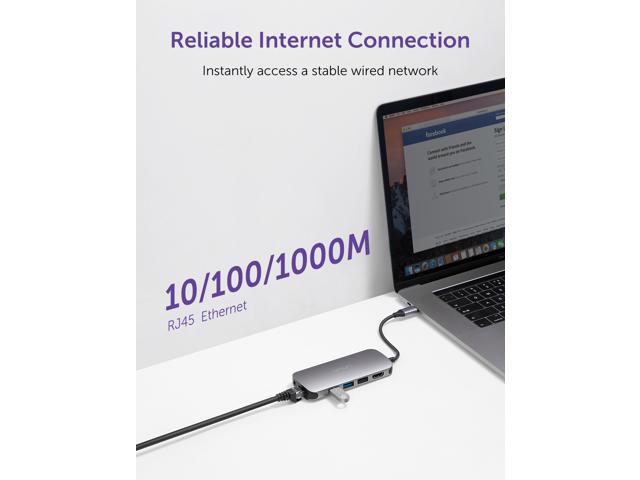 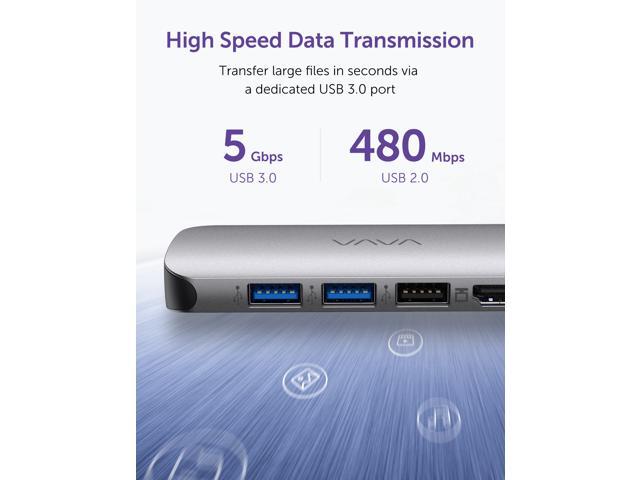 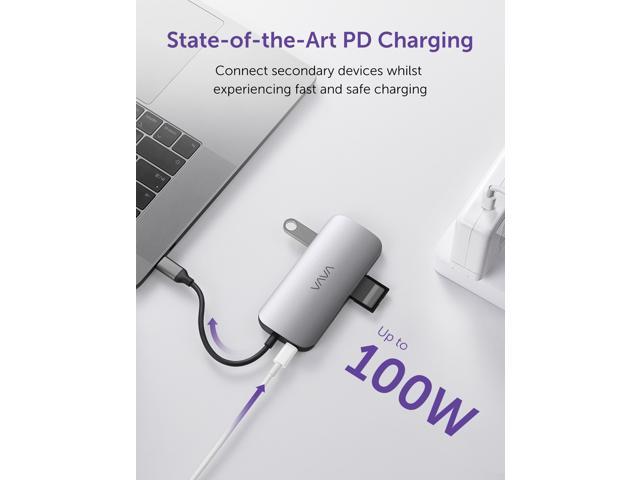 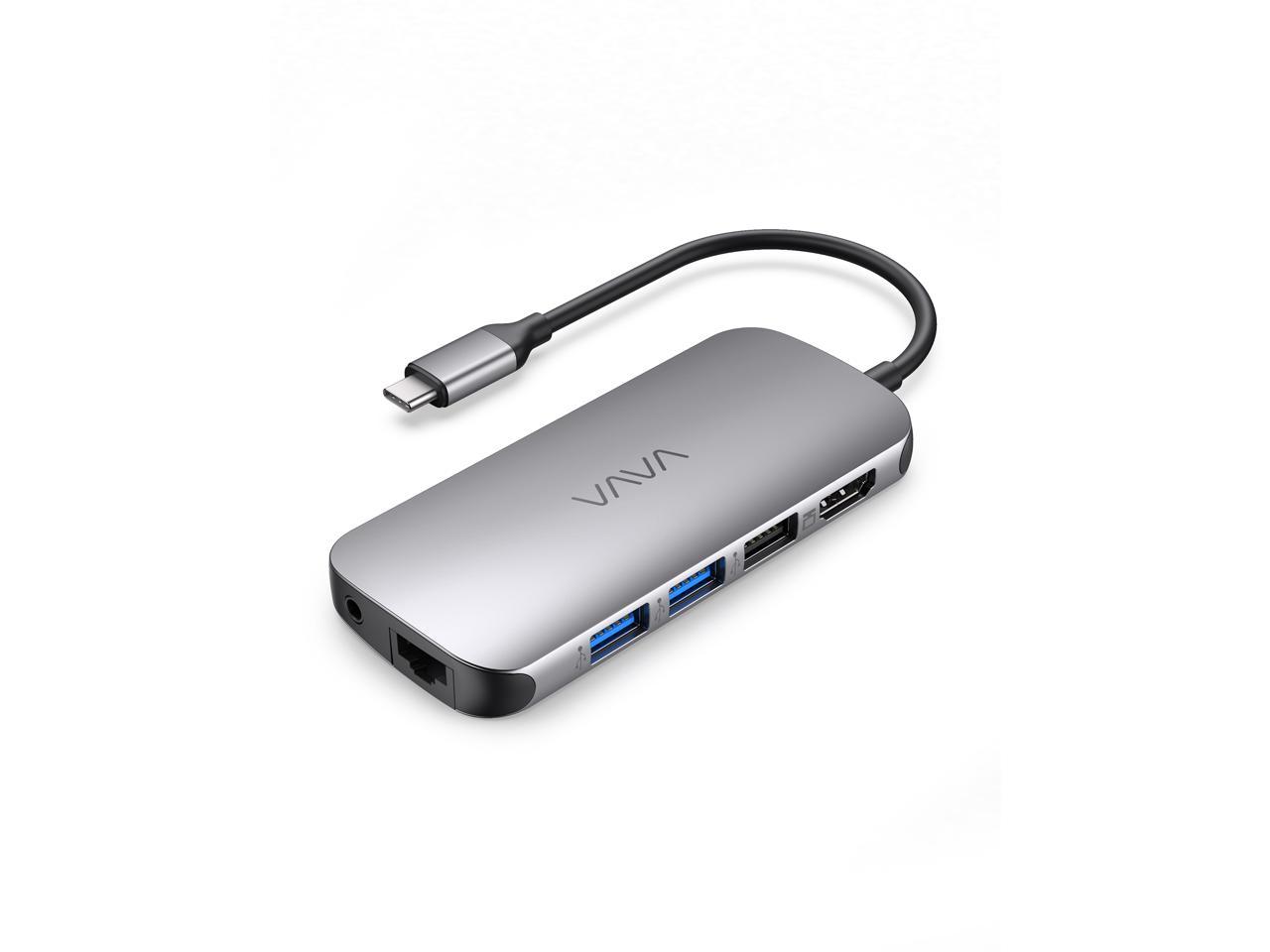 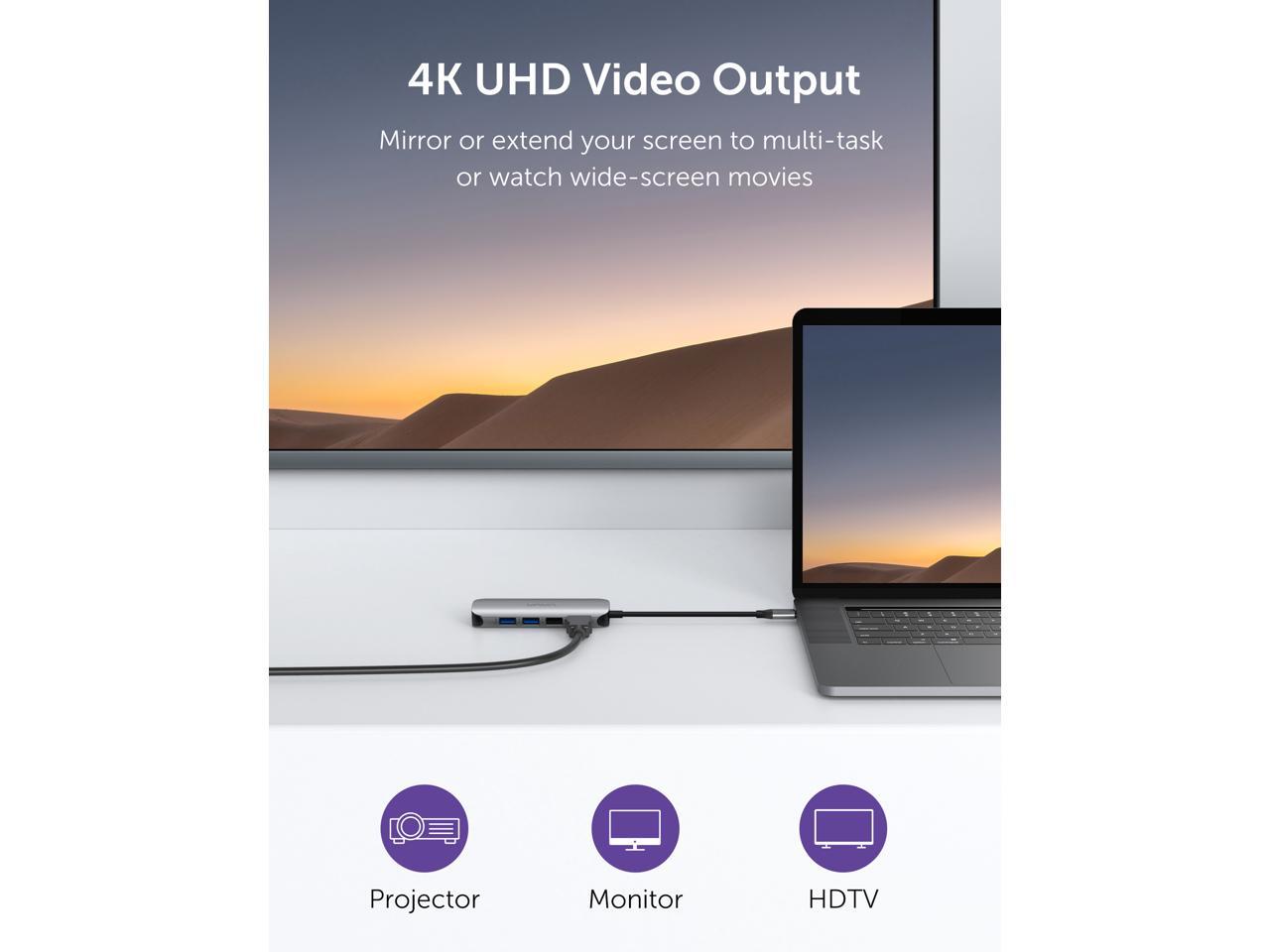 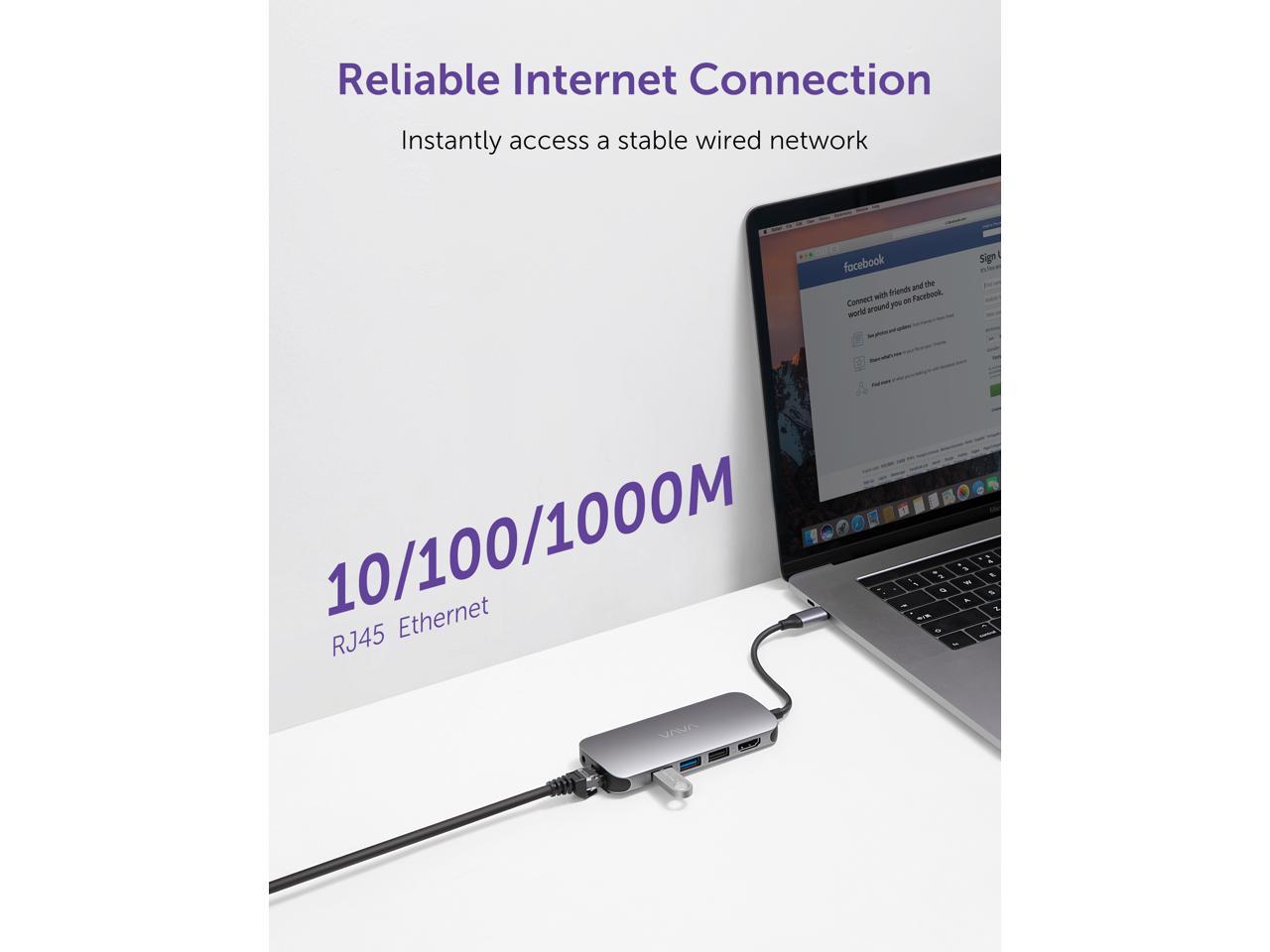 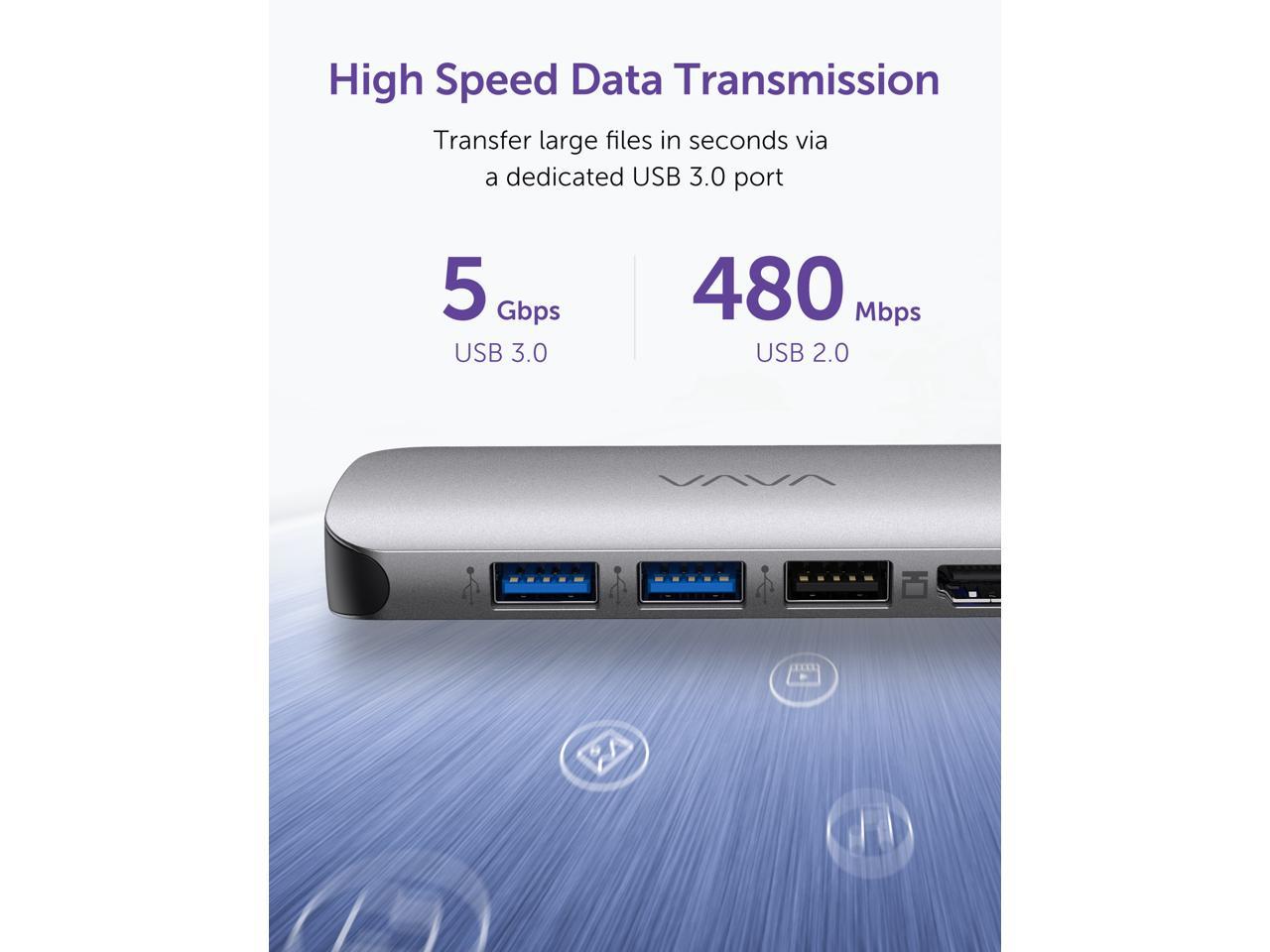 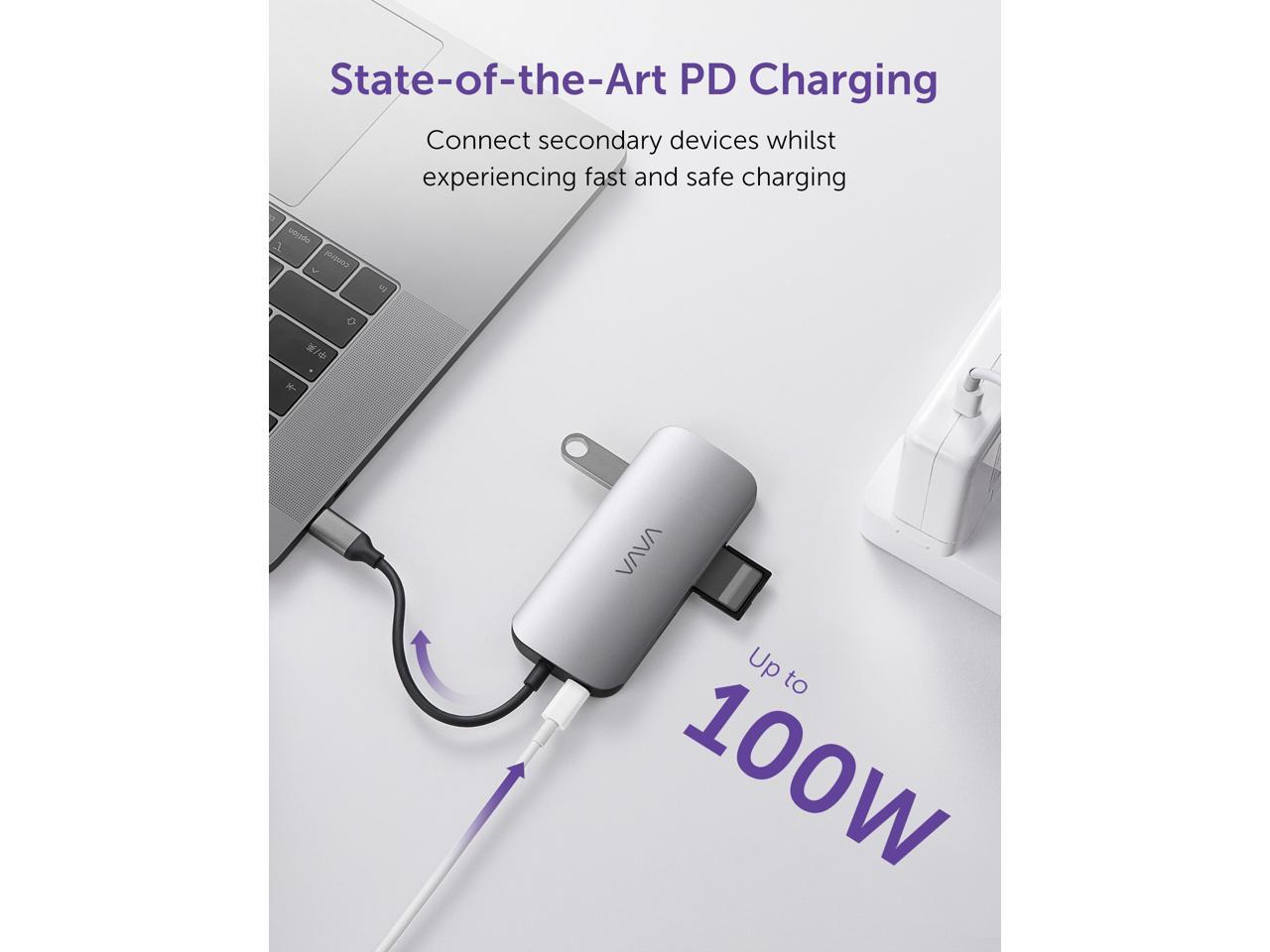 At VAVA, we bring meaningful innovation to modern lifestyles. Our speakers, smart cameras, and connected devices combine award-winning design with the most advanced technologies to improve the lives of millions of customers worldwide. Future-proof your work space and expand your laptop to 9 ports to maximize your efficiency. Make work a breeze by sharing your screen or splitting it into two to multi-task. Watch incredible 4K video and notice every detail at 30Hz or 2K at 60Hz. Transfer large files in seconds via a dedicated USB 3.0 port. Works with SD, SDHC, Micro SD, MMC. SDXC (Up to 2TB storage capacity); the two slots can be used Simultaneously.

Pros: I'm not a computer pro by any means, so it was important to me that I get a hub that is easy to use. This fits the bill! The connection is strong and I've had no issues.

Overall Review: I would definitely recommend this for newbies like me or pros as well. Great product!

Pros: I connected this to my M1 Mac and love it. It has all the additional connectors that I need, and am currently using.

Cons: I did not encounter any cons so far.

Overall Review: I only need one of these, but if I needed more than one, I certainly would order them.

Cons: -Did not work on my phone(Xiaomi Redmy note 9 pro), it seems the phone's power is not enough -Was an open box, there also was some dust on it but it did not look like it was used

Overall Review: Overall it's a good product. None of my laptops does not have graphic output from USB C so the HDMI port does not work. I actually bought it for the second monitor, but it's ok. The laptop is Lenovo IdeaPad L340.

Pros: . Nine ports, including three for USB Type A cables and one for HDMI cables.

Cons: . The USB-C port allows devices to draw power only. It does not allow USB-C devices to work with the computer into which the hub itself is connected.

Overall Review: This VAVA nine-in-one USB-C hub has gone on sale for $19.99 twice in recent weeks. I'm happy with the device and will consider purchasing another one if it's on sale. I would prefer if the USB-C port on the hub were functional, as opposed to only capable of passing power on to another device.

Pros: Passes charging through and provides just about all the ports you need. I've only used the USB and camera card ports, but they all work, with speed only limited by the card or storage peripheral's speed. Price was right, i.e., cheap, but the product doesn't feel or work 'cheap'. Plug and play. Compact and negligible weight. Haven't tried the HDMI port yet.

Pros: Both SD card slots work simultaneously Has both an ethernet port and an HDMI connector

Cons: Would be nice if USB-C port on hub supported data as well as power

Overall Review: I bought this hub for my daughter to use with her chromebook and she is very happy with it so far. It was very economically priced when we bought it. I tested it and discovered that both its microSD and full sized SD slots will work simultaneously (some hubs I have used would read both types of cards; but, both slots couldn't be accessed simultaneously (so you couldn't transfer data directly from an SD card to a microSD card using the hub)). I tested all slots and they appear to be working properly. One other reviewer commented that the area containing the ethernet connector on her hub felt rough or unfinished. I did not find this problem with my hub. The form factor of the hub is relatively flat so the male connector from the ethernet cable is a little tricky to insert; but, no trickier in my opinion than laptops that have the same format. I own a hub from another manufacturer that is a little taller and it is easier to insert an ethernet connector into it; but, hopefully this one will do fine. I do think the lower wider format of this hub looks a little nicer than my existing one (it also supports SD and microSD cards which my existing hub doen't). The USB-C port on the hub works for power transfer (i.e. to recharge a cell phone); but, doesn't seem to support data transfer. I think this is pretty standard with USB-C hubs (at least inexpensive ones). It would be nice if the USB-C slot supported data transfer. However, you can't have everything We've had the hub for less than a month so it hasn't gotten a lot of use yet. If we have any issues, I'll update my review to let you know. However, so far it seems to work fine and is an economical option to add HDMI and ethernet capability to a laptop tha doesn't have that capacity built in.

Overall Review: I'd recommend people to look at other devices, since tethering does not work at usb-c port. Also devices are not recognized as a storage device by computer.

Pros: The product is excellent and has many features that everyone needs nowadays

Overall Review: Yes, I recommend you to buy it