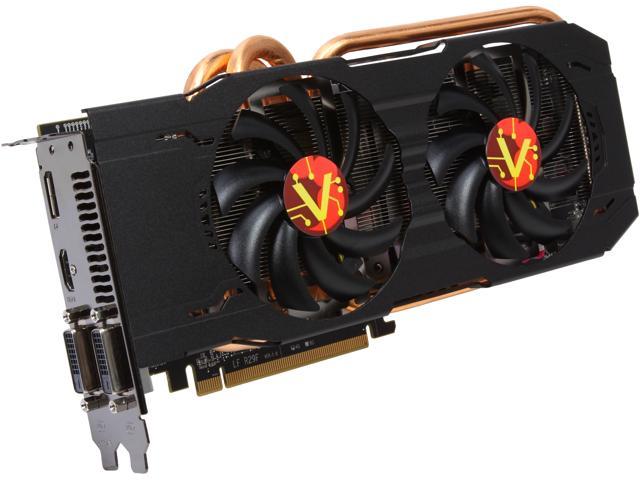 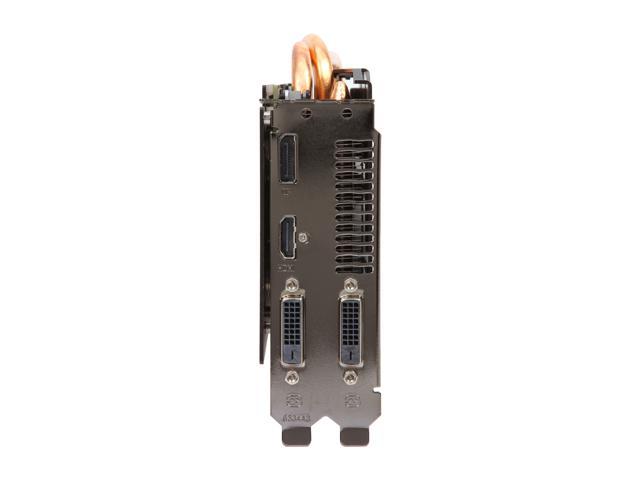 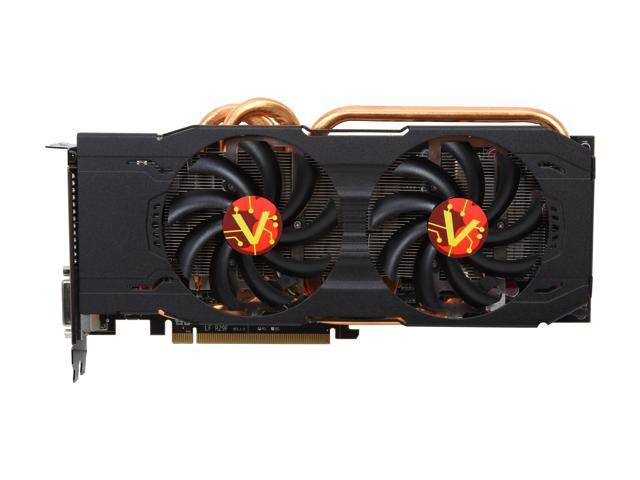 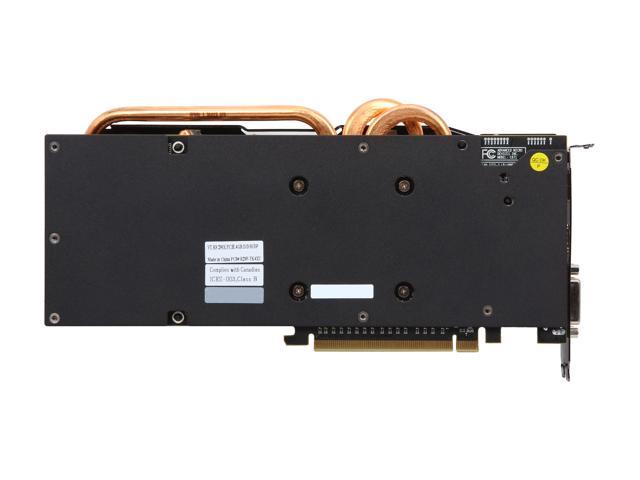 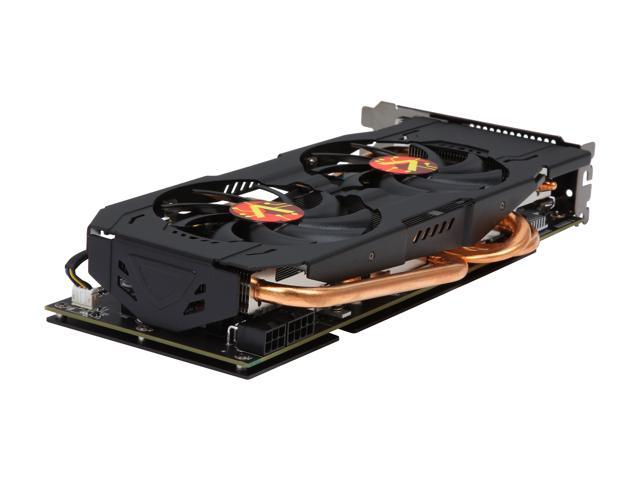 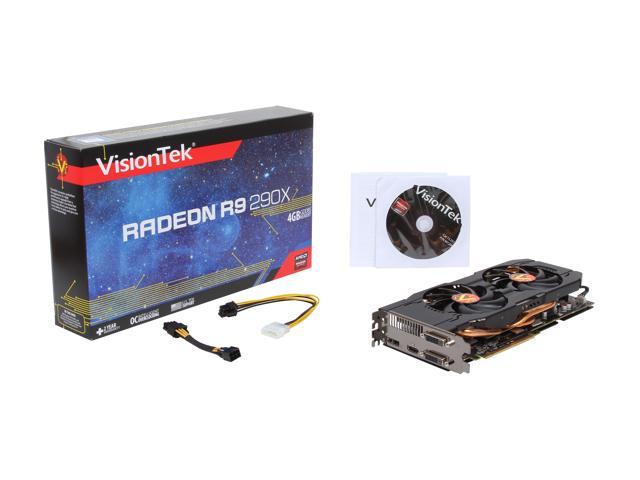 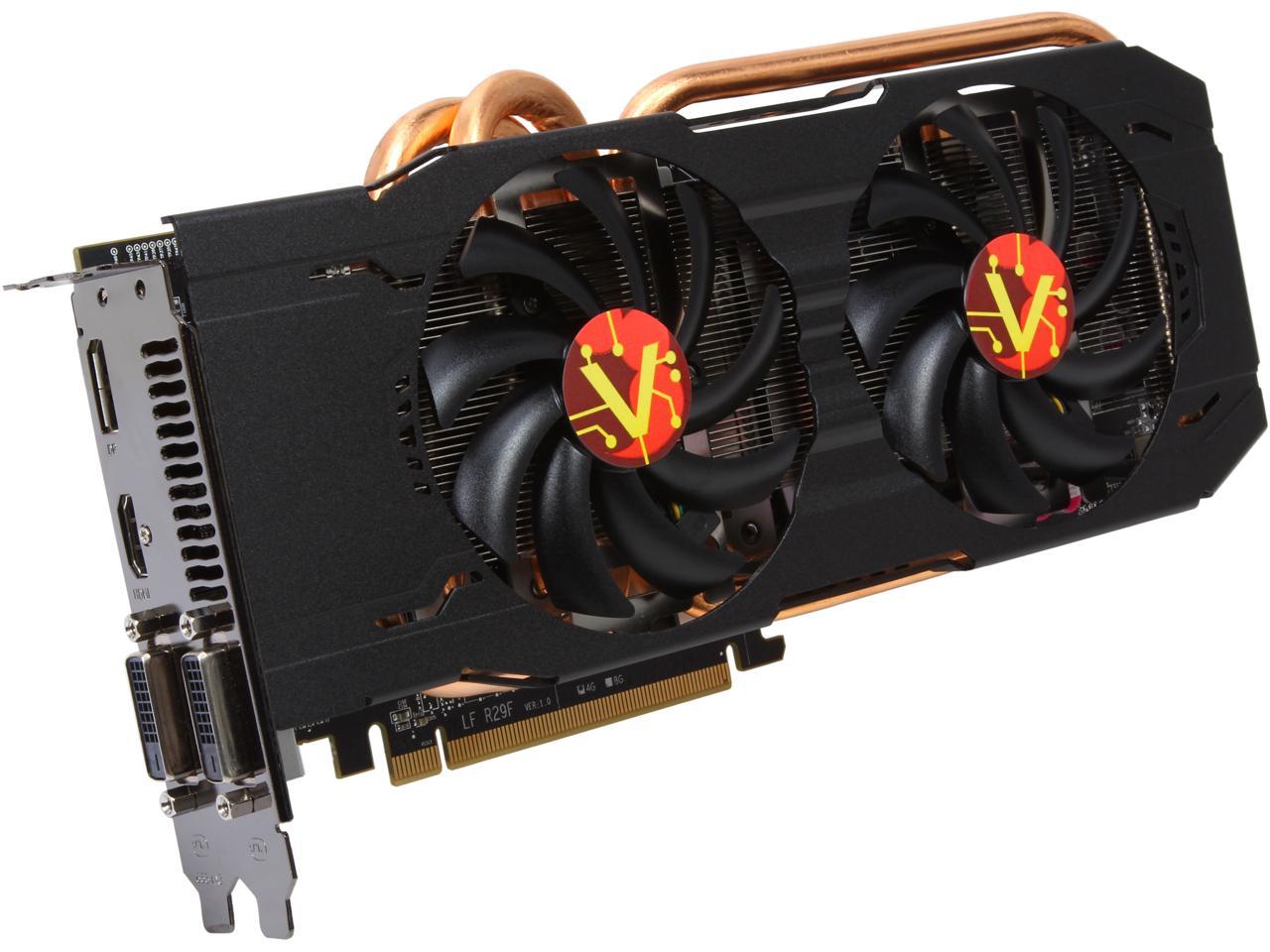 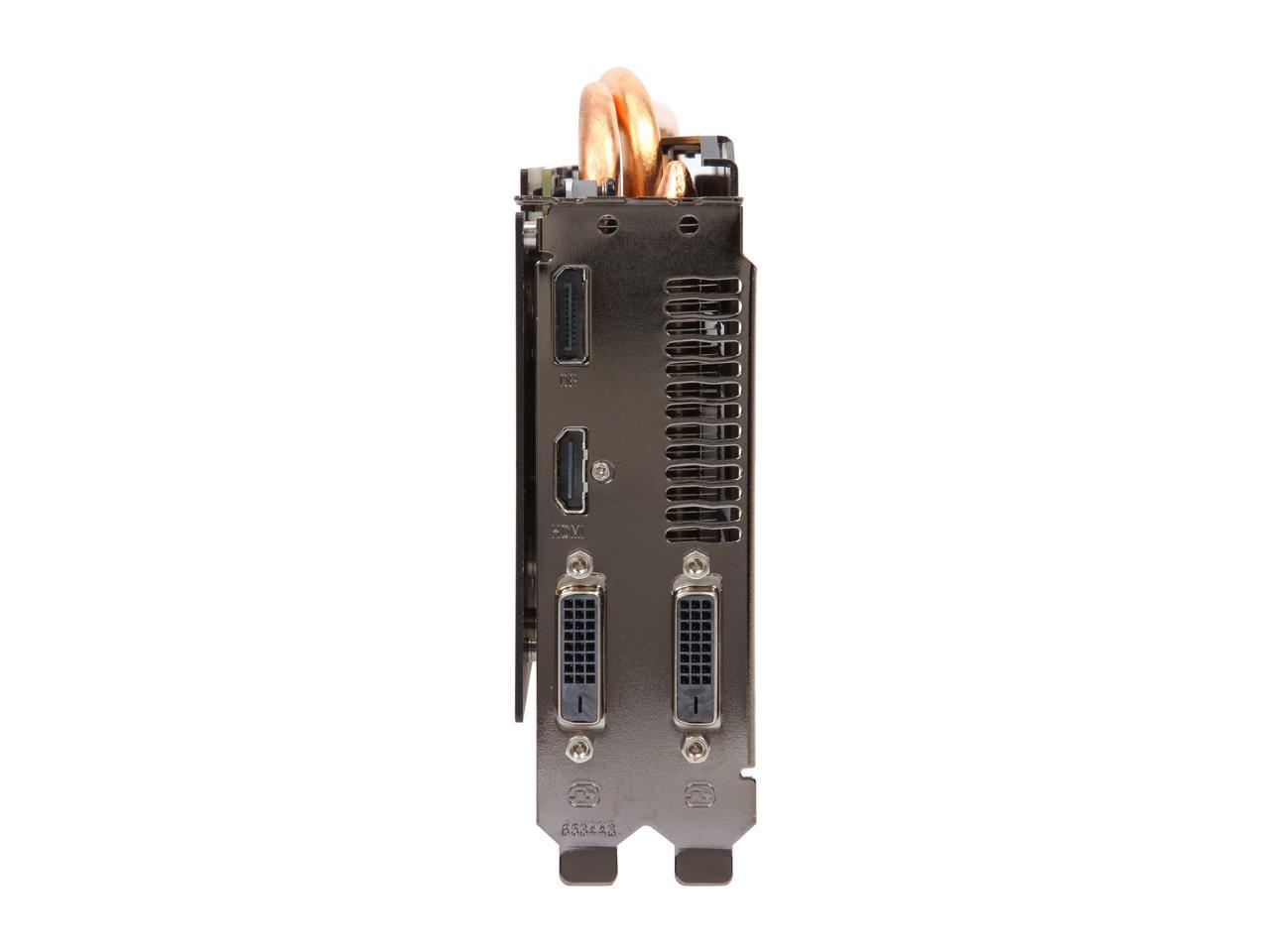 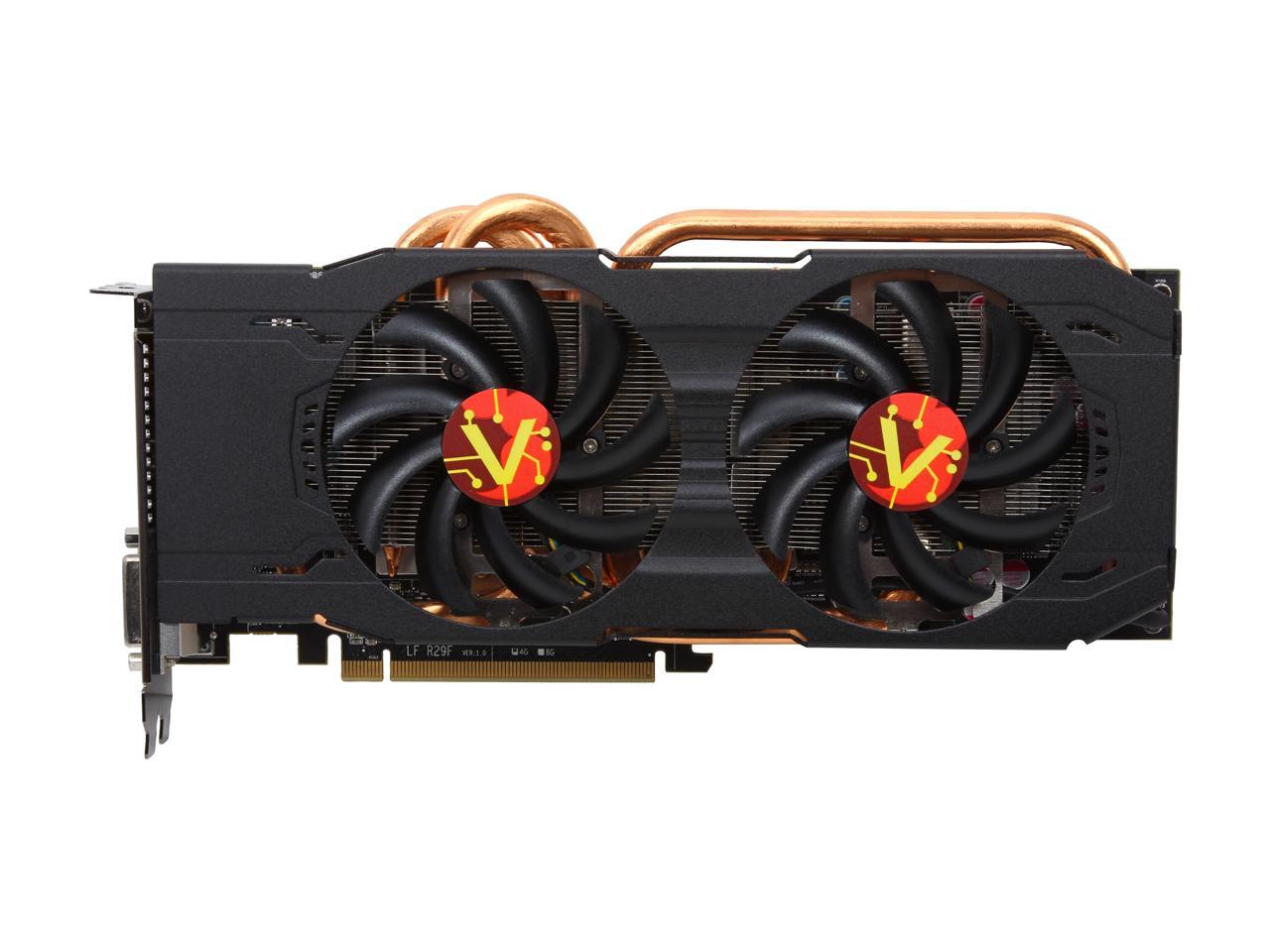 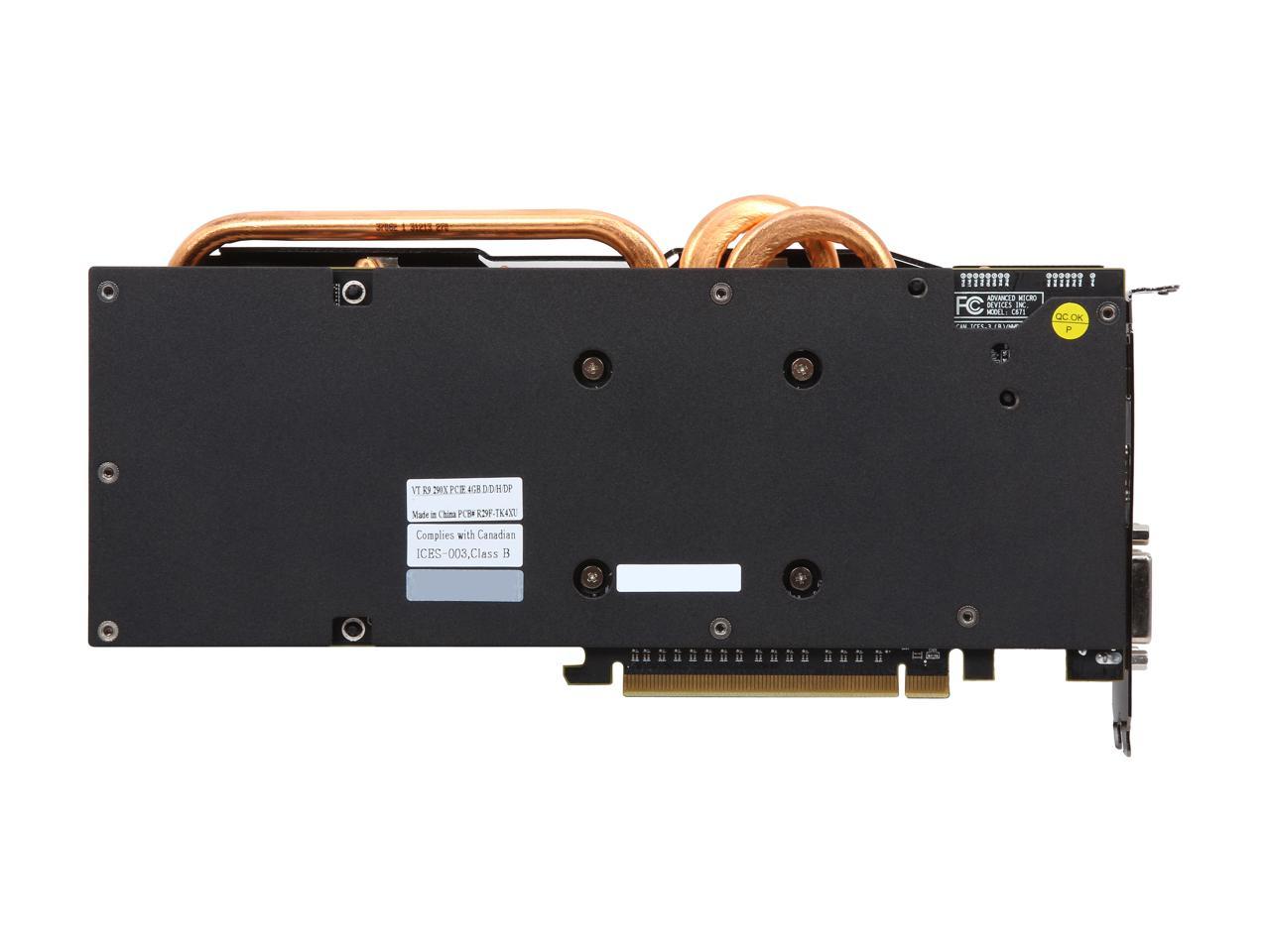 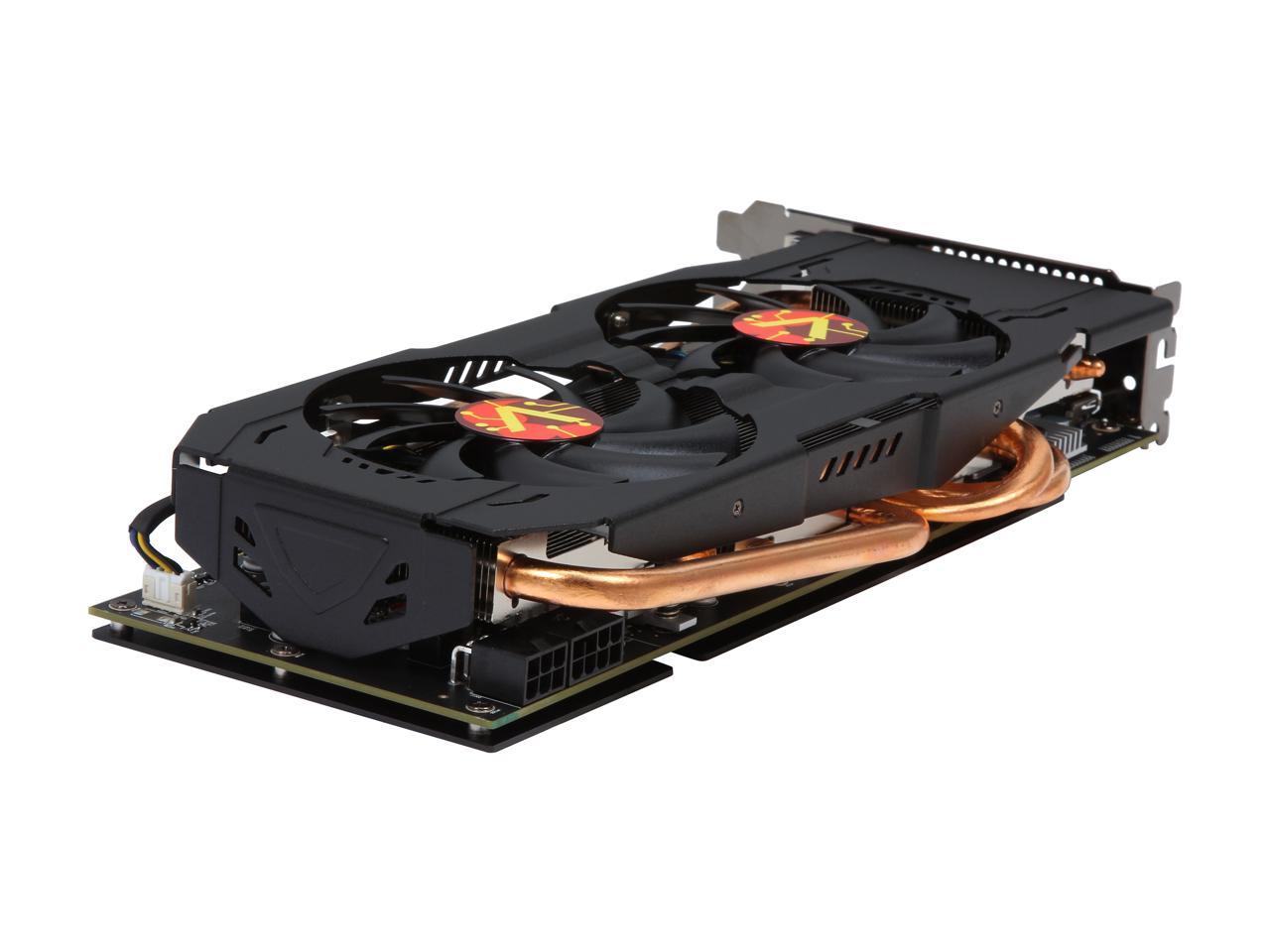 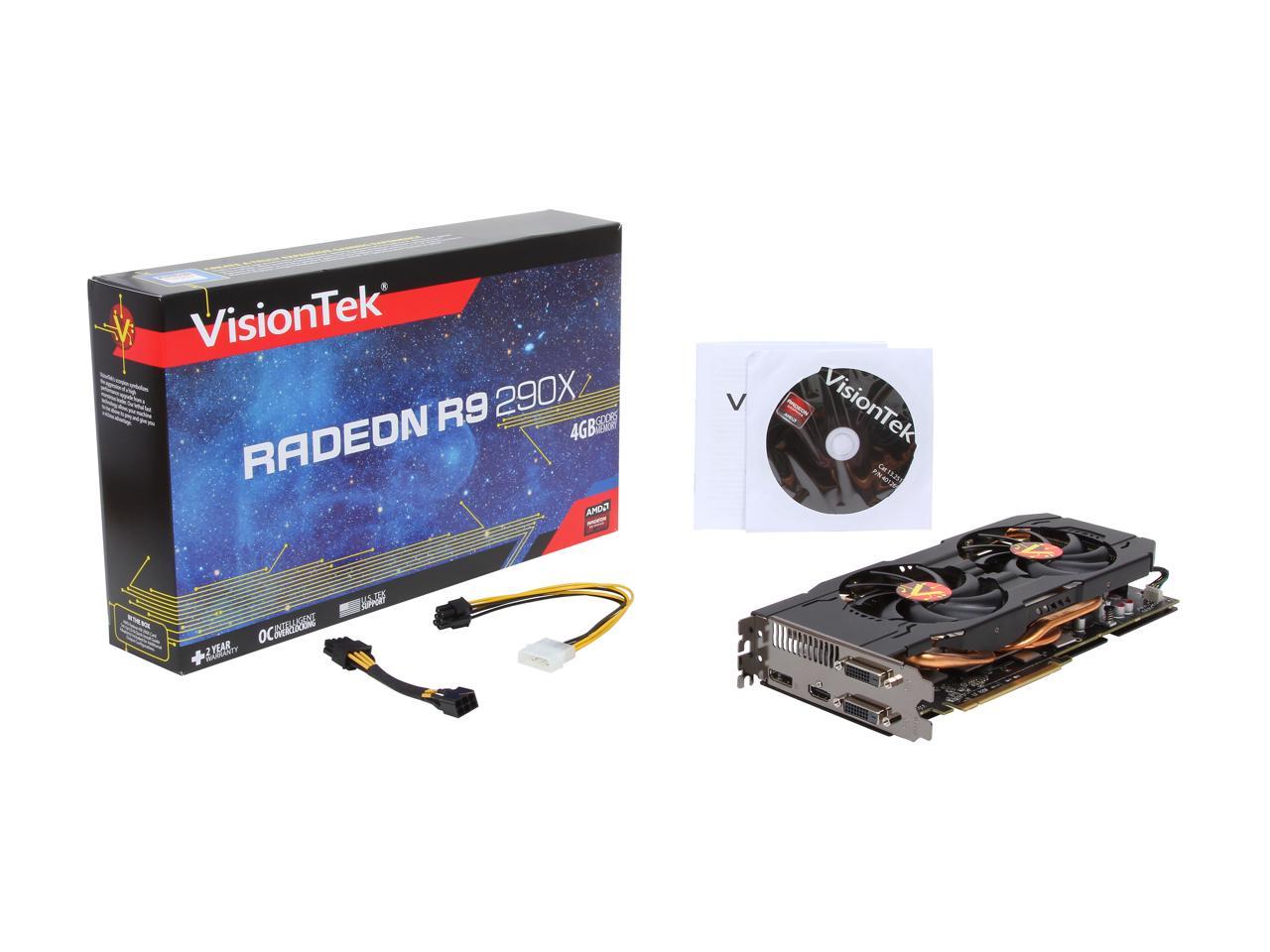 Engineered with Graphics Core Next (GCN) Architecture that unifies graphics processing and compute cores for higher utilization, the ultra-performance VisionTek Radeon R9 290X graphics card can deliver over 5 TFLOPS compute performance - a new standard in the graphics card industry – and over 300GB/s memory bandwidth to support 4K gaming with over 100 layers of effects. All this adds up to a card that completely out performs similarly priced competing GPU-brand based cards.

To offer entirely new visual gaming realism that leaves HD in the dust, the R9 290X supports UltraHD 4K (3840 x 2160) resolution, which is 4x the resolution of 1080p. Thanks to the use of Eyefinity technology, this card can span multiple 4K monitors into one large panoramic display to create the ultimate gaming rig. And to hear what you've been missing, there's an onboard audio processing chip that delivers accurate 3D surround sound within games and special audio effects like reverbs and room simulations while reducing CPU load. An Audio and Visual Immersion That Redefines the Gaming Experience

A new design for AMD's unified graphics processing and compute cores that allows them to achieve higher utilization for improved performance and efficiency.

AMD App Accelerator creates a "co-processing" environment in which the compute processing potential in your AMD Radeon™ Graphics processor works together with the system central processor, to accelerate enabled applications.

AMD PowerPlay Technology dynamically adjusts clock speeds in response to GPU load, saving power for just when you need it.

Maximizes performance under load conditions by dynamically increasing the GPU engine clock to take advantage of unused Thermal Design Power (TDP) headroom. Also allows users to configure their own TDP limit, within a provided range, for even higher performance or more power efficiency.

AMD latest Boost State technology automatically allows the R9 290X to run higher than the base core speed if it's operating below power, current, and temperature specification limits.

Greater Than 8000: 3DMark Fire Strike is the world's most popular dedicated gaming benchmarking tool used by millions of gamers, top hardware review sites, and many of the world's leading manufacturers to measure PC gaming performance.

Learn more about the VisionTek 900654

Pros: Just about everything. Beast of a card, at 1080p it'll play through anything at very high or ultra settings depending on the game. Overclocks awesomely, gives me 310k points a day for Folding@Home (stock clocks only 230k points per day). So about a 35 % performance increase. Supports Virtual Super Resolution as well, letting me game at 3k on my 1080p screen (amazing - you have to try it. You'll need the 14.12 Catalyst Omega driver from Guru3d. Then go to CCC and enable VSR under My Digital Flat Panels > Properties). Using VSR you can also set Windows to display at 2k or 3k, I prefer 2k on my 27" monitor, 3k makes text too small. This card supports displaying to three monitors at once without the need of an active displayport adapter - just plug in your monitors and they all work - like magic! Adding a second card for Crossfire was ridiculously easy - the R9 200 Series no longer requires a Crossfire bridging cable, but instead uses the PCI-E connection to communicate with second, thid, and fourth cards. Once your second card is installed, simply enable Crossfire in the CCC.

Cons: I suppose you could call the power requirements a con, but for this kind of performance you should expect to need serious power. +12V Rail connected to this card needs to be supplying at least 45 Amps and 300 Watts.

Overall Review: Overclocked with MSI Afterburner. +75mV +50% Power 1125 Core Clock 1450 Memory Clock Fan 100% My setup is actually a modest overclock; the folks at Guru3d had the card at 1150 Core and 1550 Memory, but this is the most I was comfortable with. These settings don't need any testing, just set them and go. Note the card comes with two BIOSes built in - there is a switch on the card approximately 1" back from the display connections on the side furthest from the motherboard. By default the switch is in silent mode (closest to the display connectors). Make sure you switch to the "Uber Mode" bios by pushing the switch further away from the display connectors. This card runs hot, but that is by design; AMD has built the card specifically to withstand being at 95 degrees for its lifespan.

Pros: Card is great you need very good airflow to keep it from going over 90c

Cons: Forget about getting a warranty from visiontek you cant even register your card on their site, you wont get a activation email and forget about "send password" button it doesnt even work. By the time you can use their site your 30 days will be up i bought my card on the 6th and it is now the 20th and still cant get a warranty.

Overall Review: May never buy another visiontek product again if they cant keep a site working for people to get a warranty never had any of these issues with other manufacturers.

Cons: Set to +50% and a 8% overclock heats up very fast and at 93C starts showing artifacts.