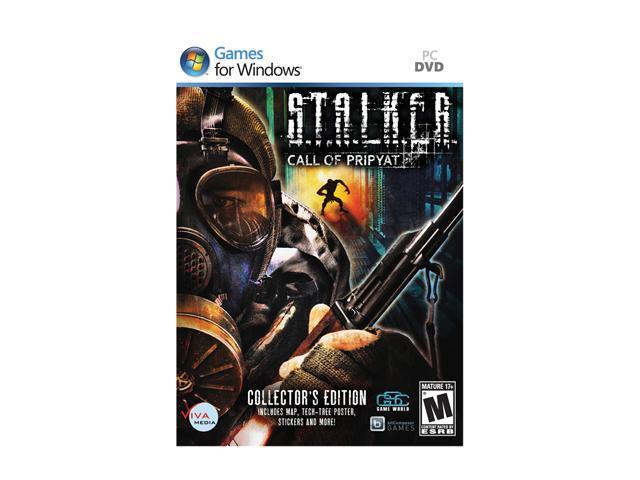 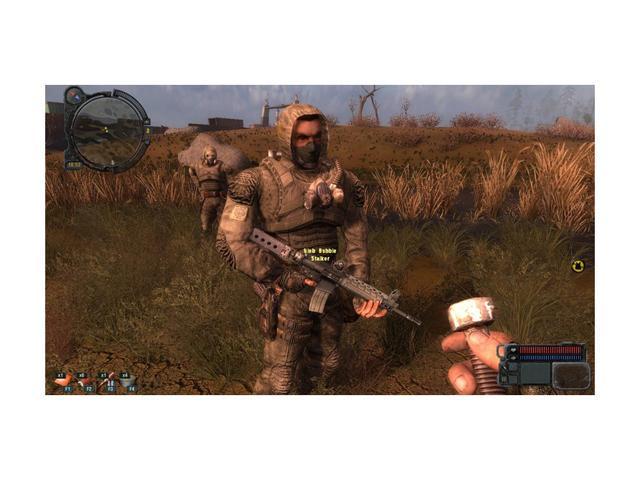 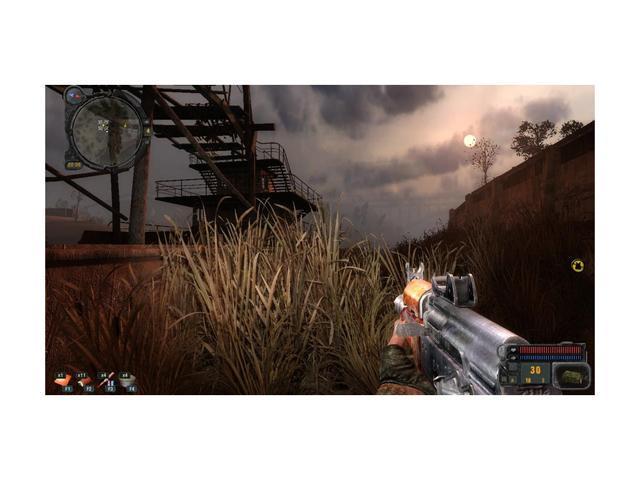 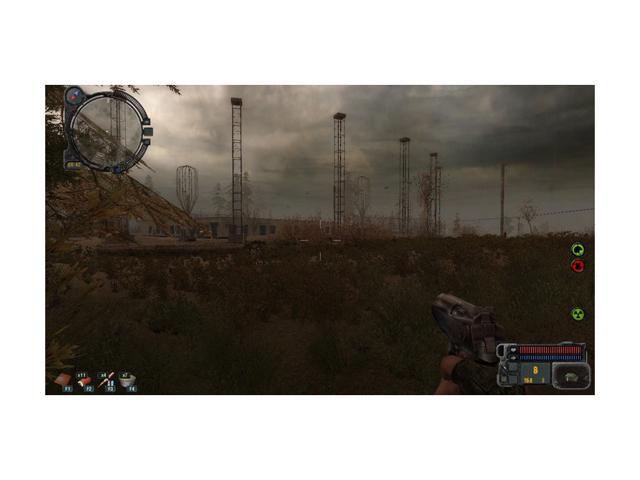 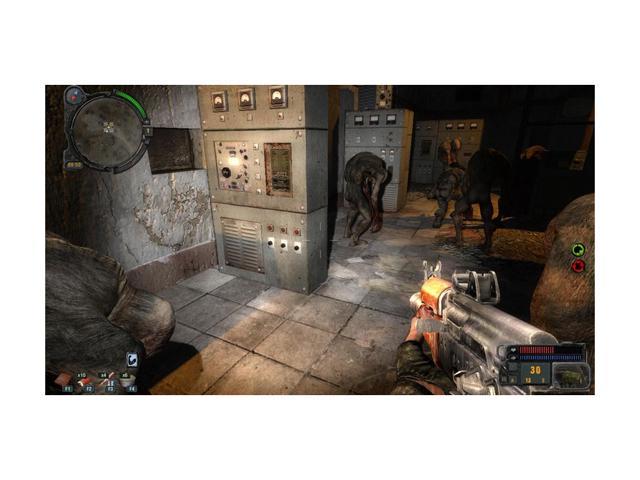 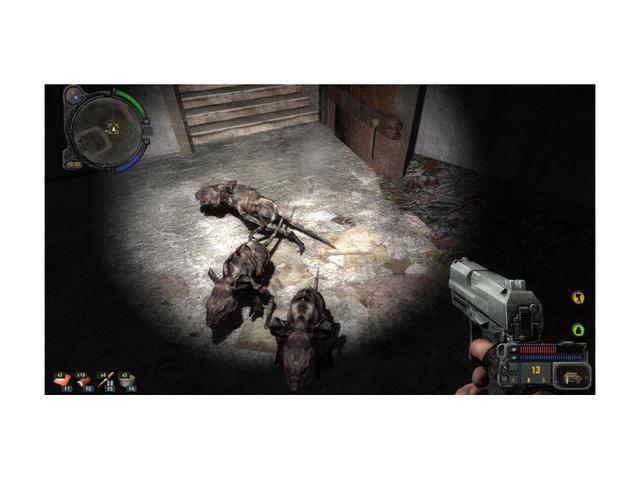 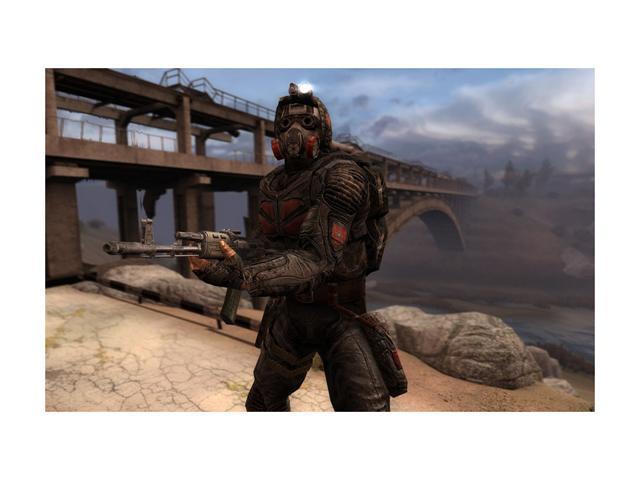 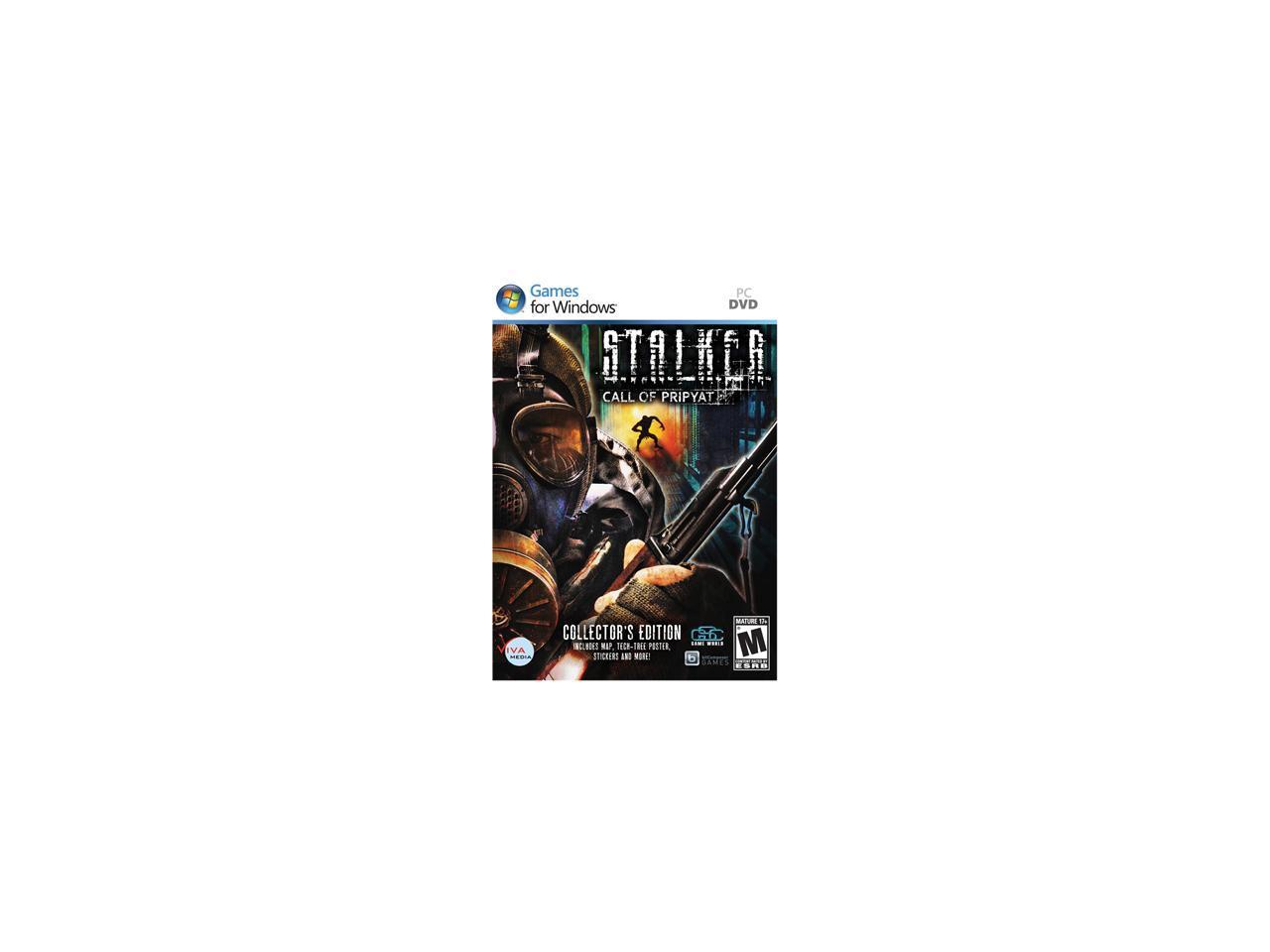 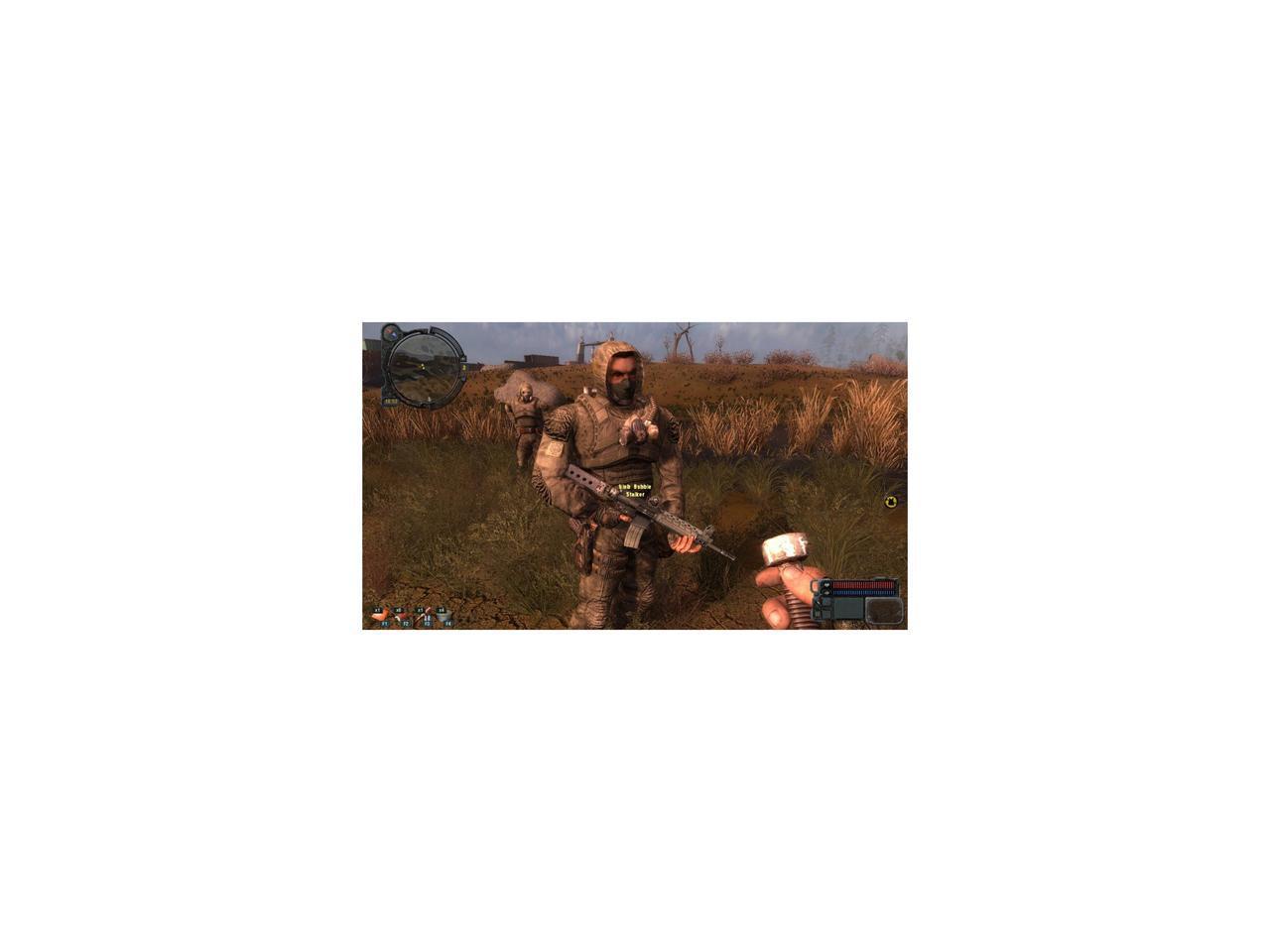 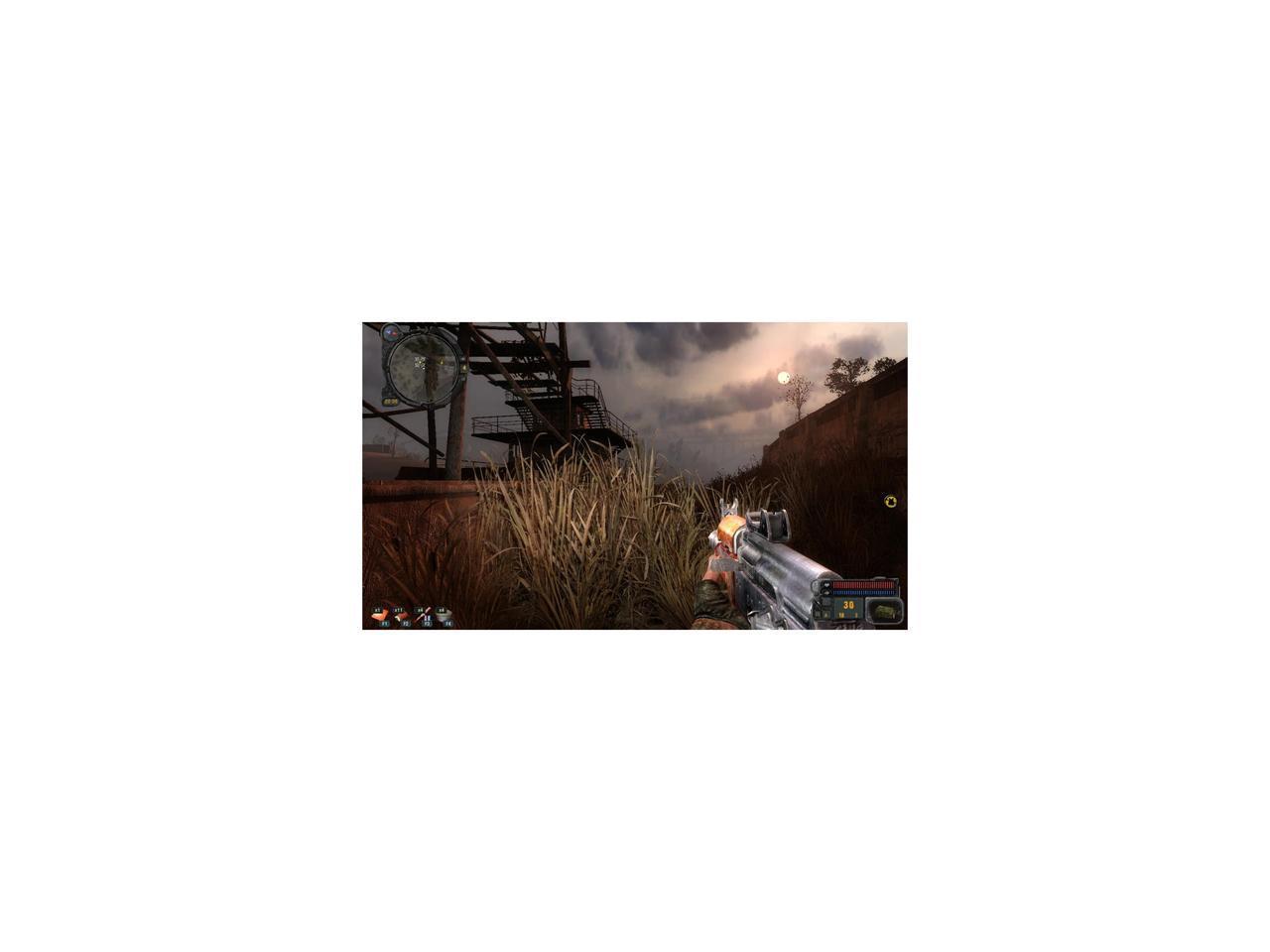 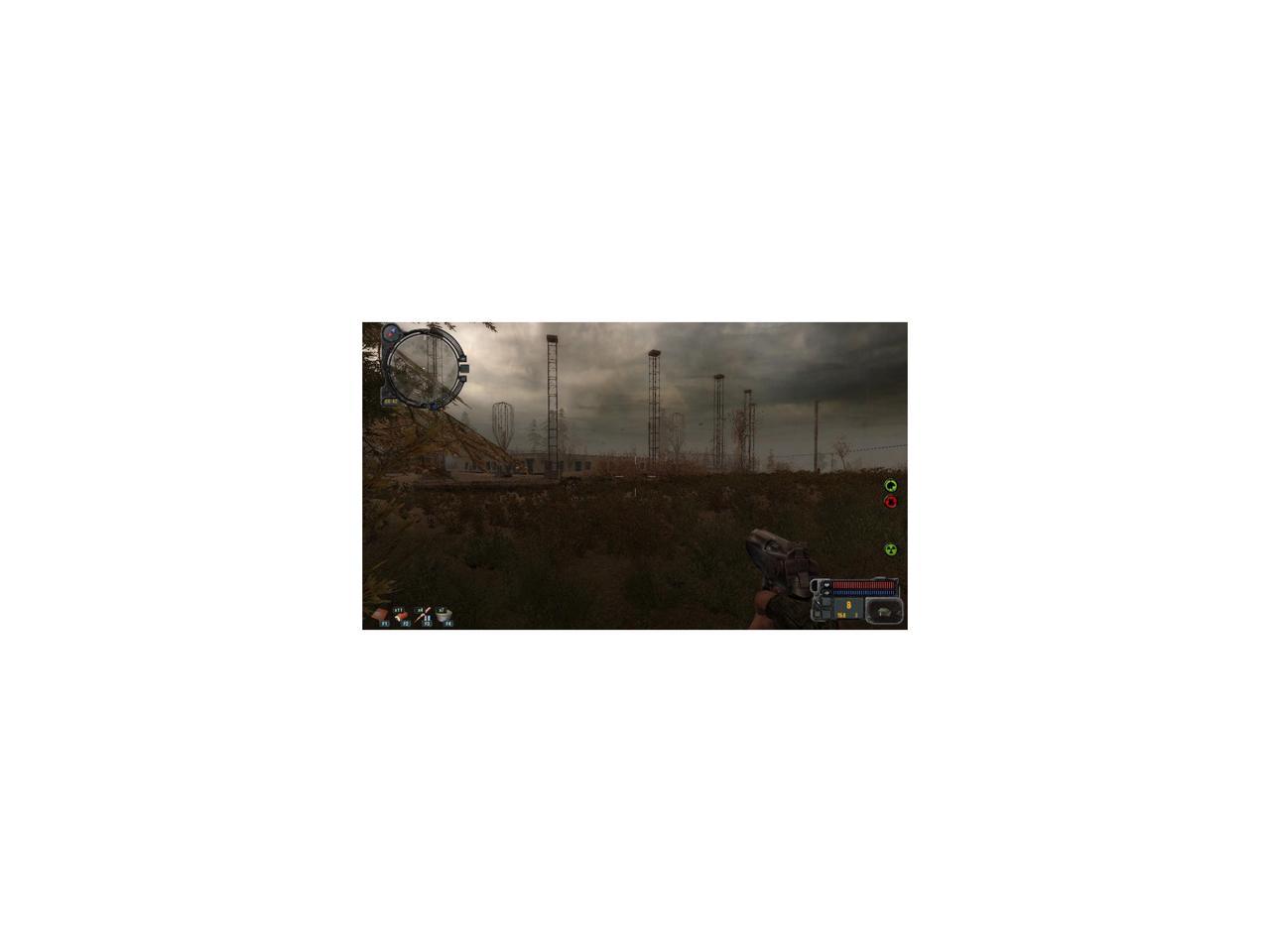 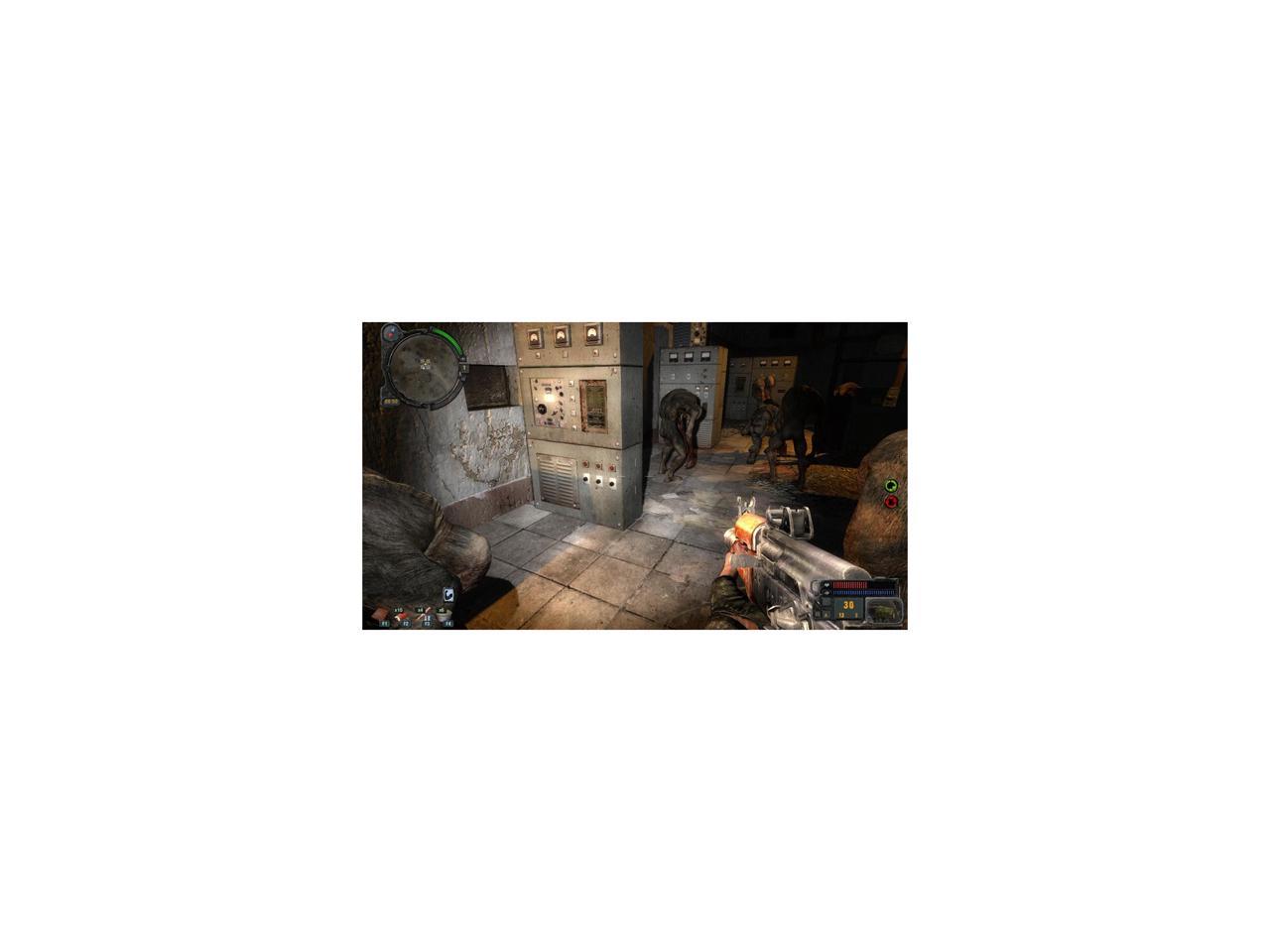 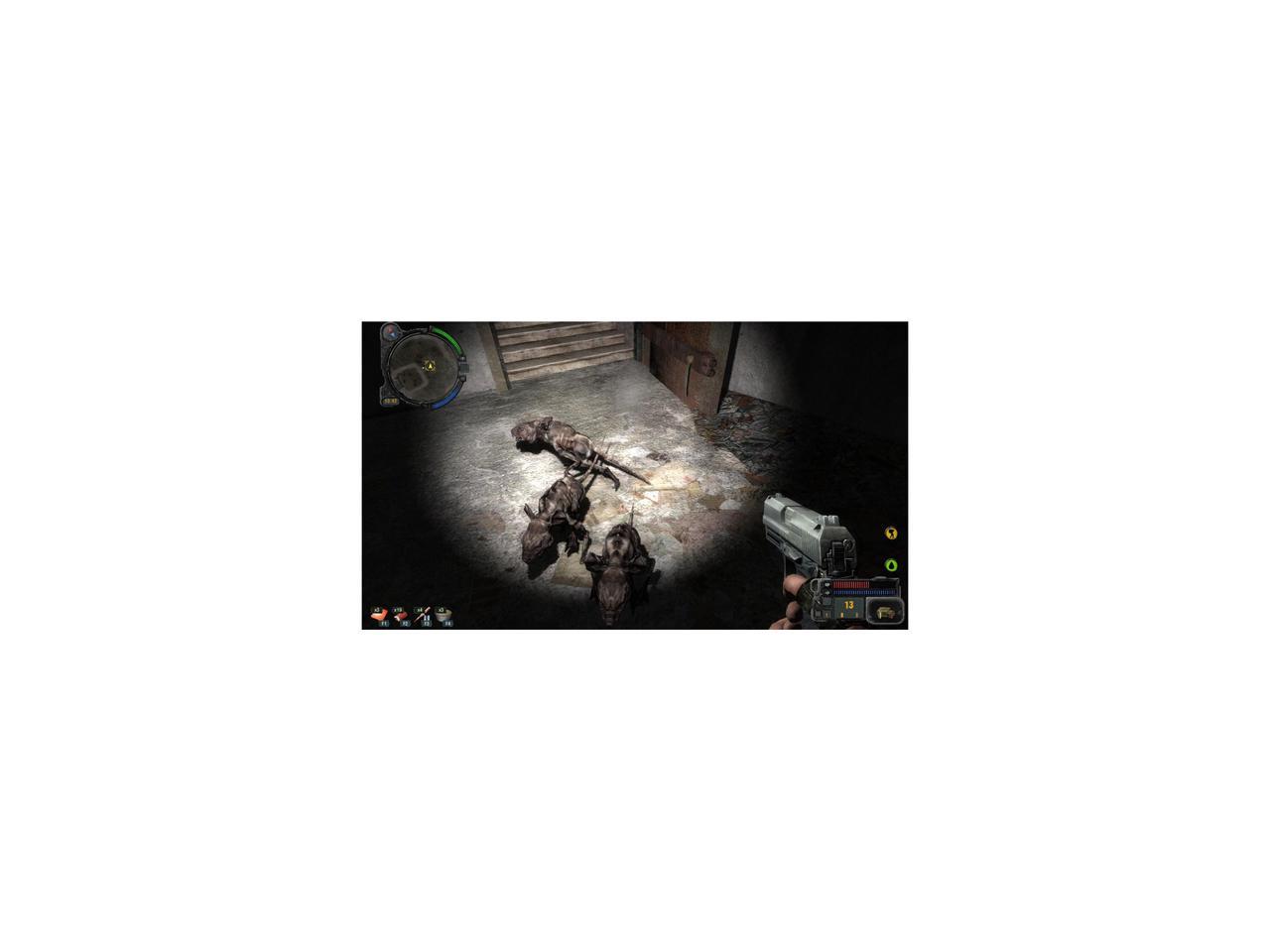 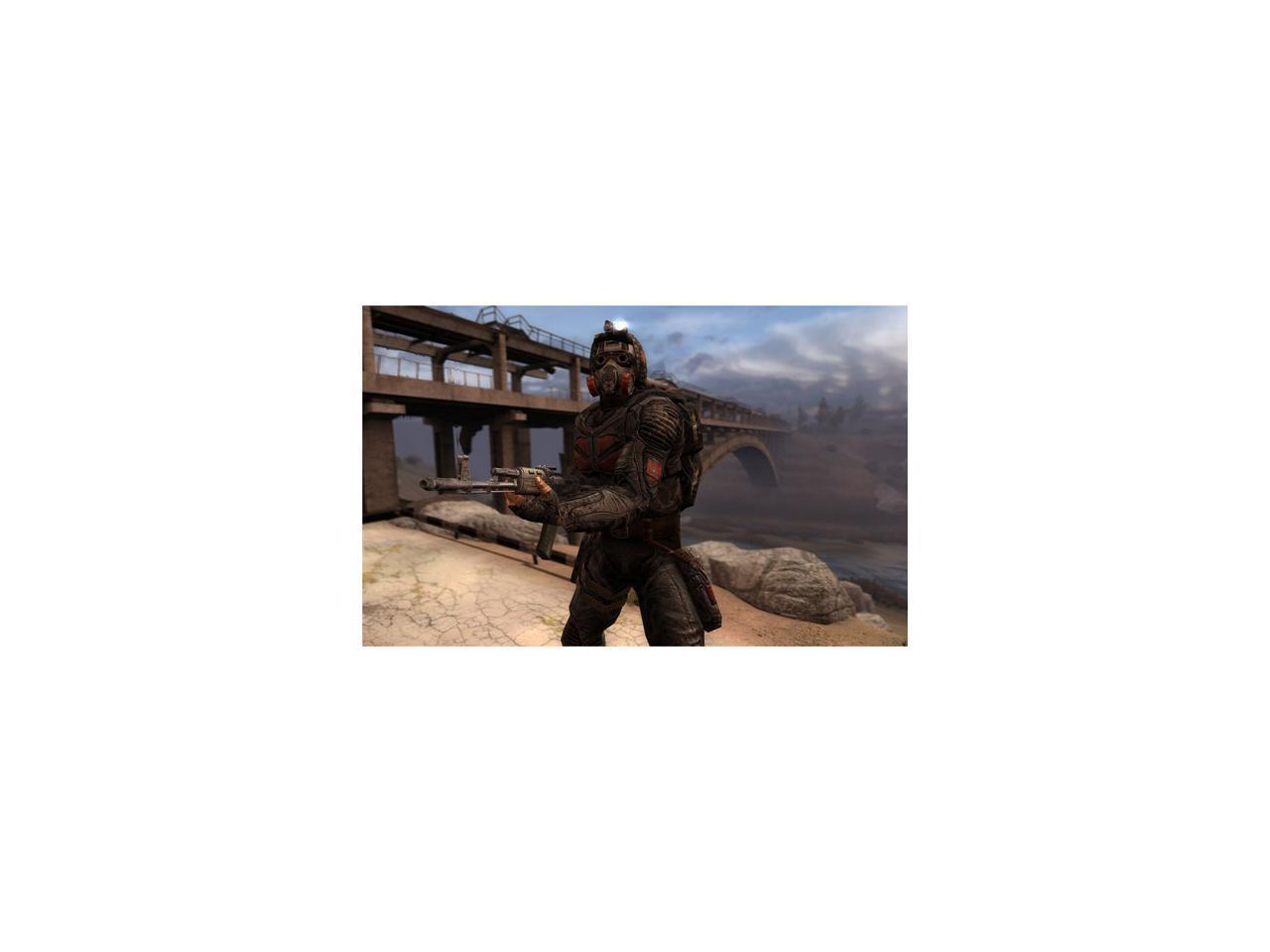 Learn more about the S.T.A.L.K.E.R.: Call of Pripyat

Pros: I've actually been playing the Russian version for the past four months now, and I'm buying it now because I think it's a pretty good game that is well worth my money. Very unique shooter/light-RPG, all the guns are incredibly realistic and all feel quite different. It's got a pretty good story, and pretty good on everything except for facial animations. However, for every instance that you are pulled out of the experience by watching a stone-faced guy talk, there's ten instances where you are completely and utterly drowned in the atmosphere. Missions are generally memorable, unique experiences, unlike the missions from Shadow of Chernobyl or Clear Sky, which were mainly fetch quests or assassination missions. This is a true sequel to the glory that was Shadow of Chernobyl. Oh yeah, amazingly, I haven't encountered any bugs at all. Which is quite frankly astounding, considering how atrociously buggy the last two games were when they got out the door.

Cons: It says collector's edition on the box, but the only thing extra that it had was a map of the zone. I expected more, especially considering the fact that the box clearly states that it has some stickers. (I also read somewhere that a shoulder badge was included). Oh well, what can you expect from a brand-new game that only cost $40?

Overall Review: Not only is this a unique game that is worth getting, the modding community for Shadow of Chernobyl was very robust. Not many people jumped over to Clear Sky, because it wasn't as awesome as the original. However, I think this is the STALKER the modding community has been waiting for. I suspect this game will only get better with age.

Cons: The STALKER graphics are becoming slightly dated, but the STALKER atmosphere is unique and compelling. It is a big part of the experience, so it's all good.

Overall Review: STALKER is my favorite. I fought through the glitches on the first one and had a tremendous experience. The second one too. This one is far more polished. There really are not that many actual baddies or that much loot - it really makes a feeling of exploring and being present in the "Zone". All in all it is not as difficult the first two which were dreadfully, unfairly hard sometimes - even hard to figure out what to do or what it was going on. This one is steadier, but every bit the great STALKER experience. STALKER is not for everyone. It is not run and gun - you can be killed easily. Those that like STALKER like the ominous, eerie atmosphere and challenge. It rewards a thoughtful approach and willingness to explore.

Pros: True FPS action here, love creeping around abandoned buildings watching for mutants or monolith. sniping from windows. If you liked stalker games then this is a no-brainer.

Cons: Nothing, maybe wish it was longer, like lasted forever!

Overall Review: Play this with a MOD of your flavor, max the graphics if your machine can handle it and get back in the zone! Just take a look at the junk games UbiSoftdong is making and support games like this, real games.

Cons: Dialogue is kind of uninteresting, weapons fire feels clumsy (but it might be an attempt to emulate the kick of a gun)

Overall Review: I gave this a horrible review and it's easy to find since it is the most negative one listed. Due to some issue related to installation, I was not playing the game in it's full glory. I installed the game on another hard drive and for some reason none of the textures, lighting or effects were present. Eventually I had to reinstall it on the OS drive after it stopped working entirely and lo and behold it sprung to life. Now that I am more informed, I can say overall it is a nice game. I still don't like it as much as Fallout 3, but I certainly don't hate it now. I am only partly into the game and it seems to be drawing me since the graphics issue has been corrected. The X-Ray engine does have a dated quality about it but there's enough new eye-candy that refines it, especially the dynamic lighting and shadows. The textures can sometimes appear coarse. After a fair shake I think many would find it entertaining.

Pros: This is, without a doubt, the most polished and best incarnation of the STALKER series. If you don't know how STALKER plays, imagine Fallout 3, but with more realism / less humor and no role-playing elements (unless you count a permanent inventory and money). Ballistics are realistic, scenery is eerie yet beautiful and the selection of firearms, armor and upgrades is pleasantly varied. Graphics (with the right hardware) are simply stunning.

Cons: The voice acting is just plain bad. It sucks. It's awful. Play through it in English once to get the story, then replay it with a Russian language mod instead. Also in comparison to Fallout 3, there are fewer individual environments (although they're pretty varied for everything being pre-'86 structures). Also, I'm not sure how the anomaly/blowout/artifact spawning cycle works, but that's kind of minor.

Overall Review: The STALKER series has had a wonderful modding community since the first game. Using the first game ("Shadow of Chernobyl") as a base for it, I played nothing but the "Oblivion Lost" mod for about a month and a half straight. Even without any mods, though, "Call of Pripyat" has, without a doubt, the strongest core experience out of the three games released so far. I cannot recommend the STALKER series strongly enough, especially to weirdo gamers like me who love great atmosphere and evironments. *There's also (non-co-op) multiplayer, but I've never tried it. It sounds kind of boring, though. *Check out the game's source material "Roadside Picnic" 'cause it's a pretty entertaining read. However the Tarkovsky film has really very little similarities to either the games or book (although it's certainly a masterpiece in its own right; go find some stills if you want to see some beautiful scenes).

Pros: No bugs, glitches or crashes on Win7 x64. Excellent gameplay along with really quite good A.I. The action of the weapons are close enough to the ones I use in real life to be quite suitable.

Overall Review: The addition of "personal storage chests" at various bases in the game make it real nice to store extra weapons, etc, or to have backups of ammo--there is after all, a good expanse of mutant infested land to roam. Highly upgradeable gear--you can really go all out on some weaponry. The main story line will play out rather fast (only if you choose), and at the end of that phase of the game, you get prompted to leave the Zone, or stay--you definitely want to stay. If you choose to leave, the game ends, saying what happened to various characters, and how their lives turned out, then the credits--that changes if you stay. And wasn't that a problem with previous Stalkers--you really wanted to keep going but couldn't? Now you can, and you're not just hunting mutants, there are plenty of missions waiting. Besides, I only got 1/4 of my armor and weapon upgrades--this game has along way to go before I decide to leave the Zone.

Overall Review: As a huge fan of the uniquely hybrid FPS-RPG S.T.A.L.K.E.R. shooter franchise I'd say it's the best episode of all.

Overall Review: As a huge fan of the uniquely hybrid FPS-RPG shooter S.T.A.L.K.E.R. franchise I'd say it's the best episode of all.