Purchases from these Sellers are generally covered under our Newegg Marketplace Guarantee.
7,098 Ratings (89% Positive)
Shipped by Newegg
Sold by: 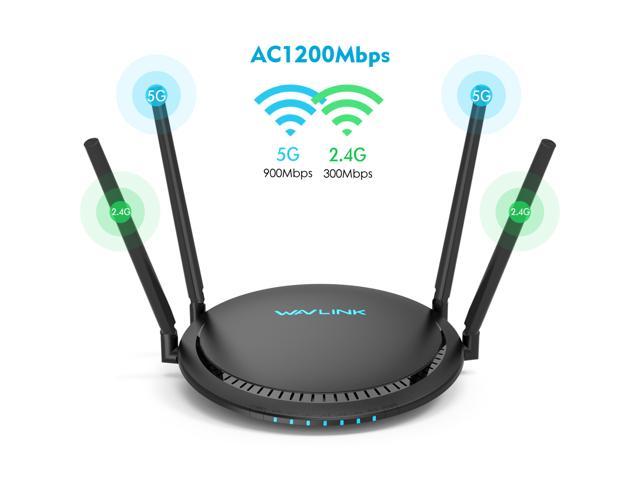 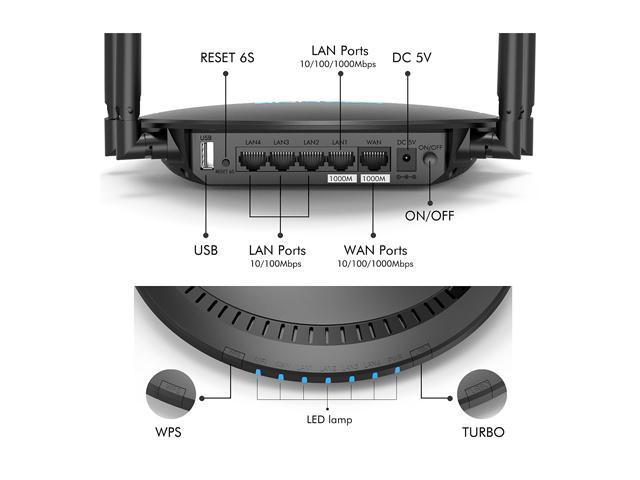 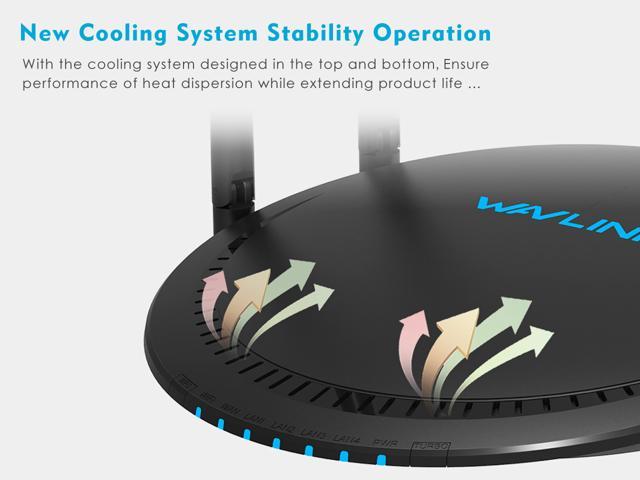 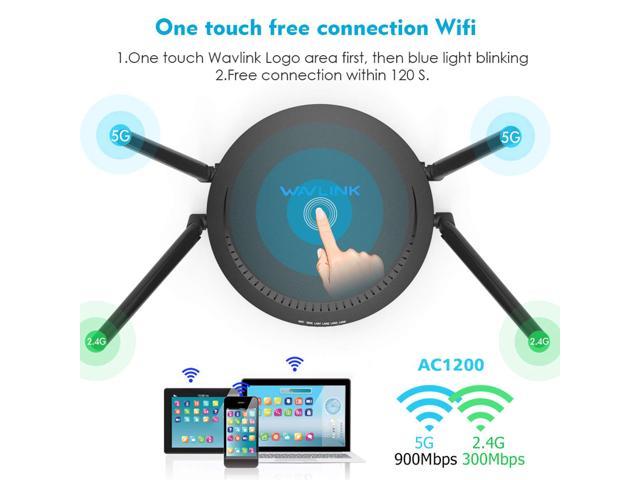 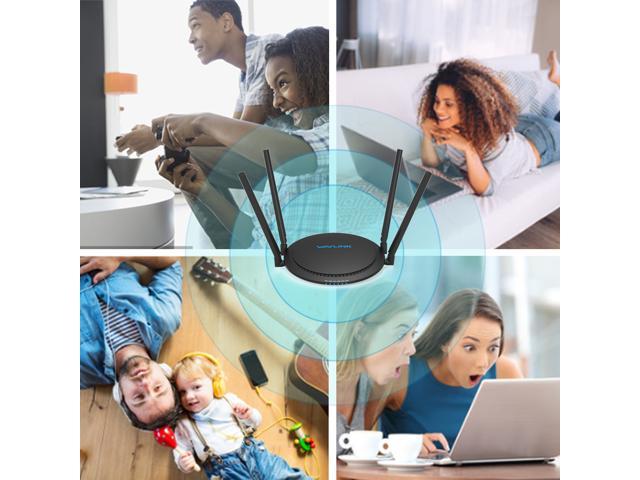 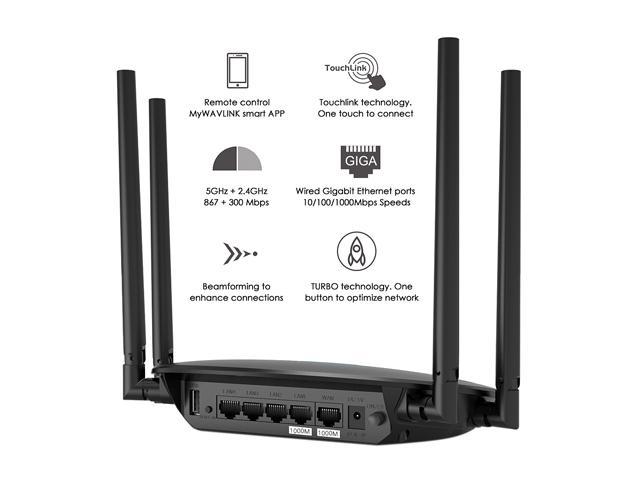 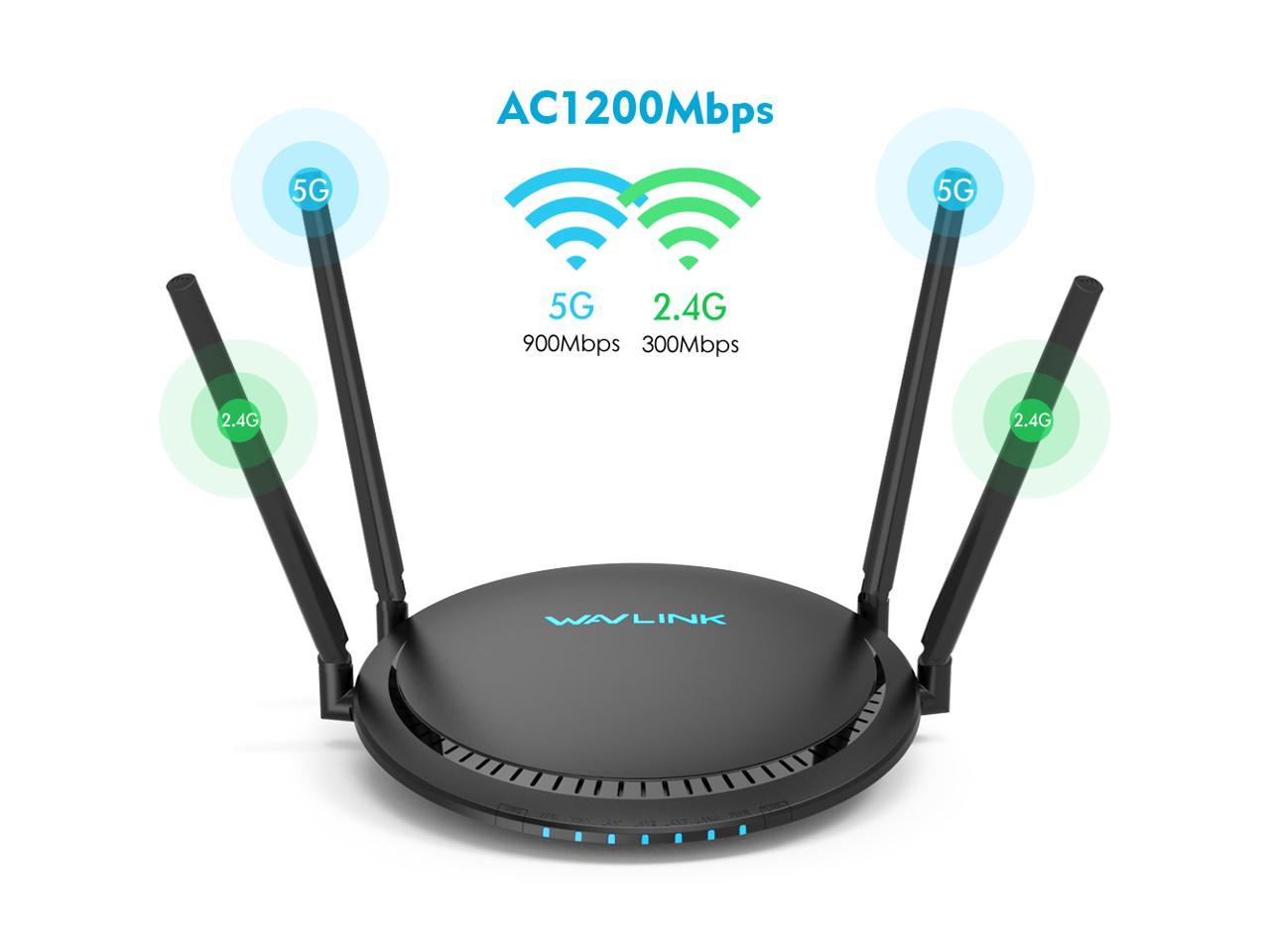 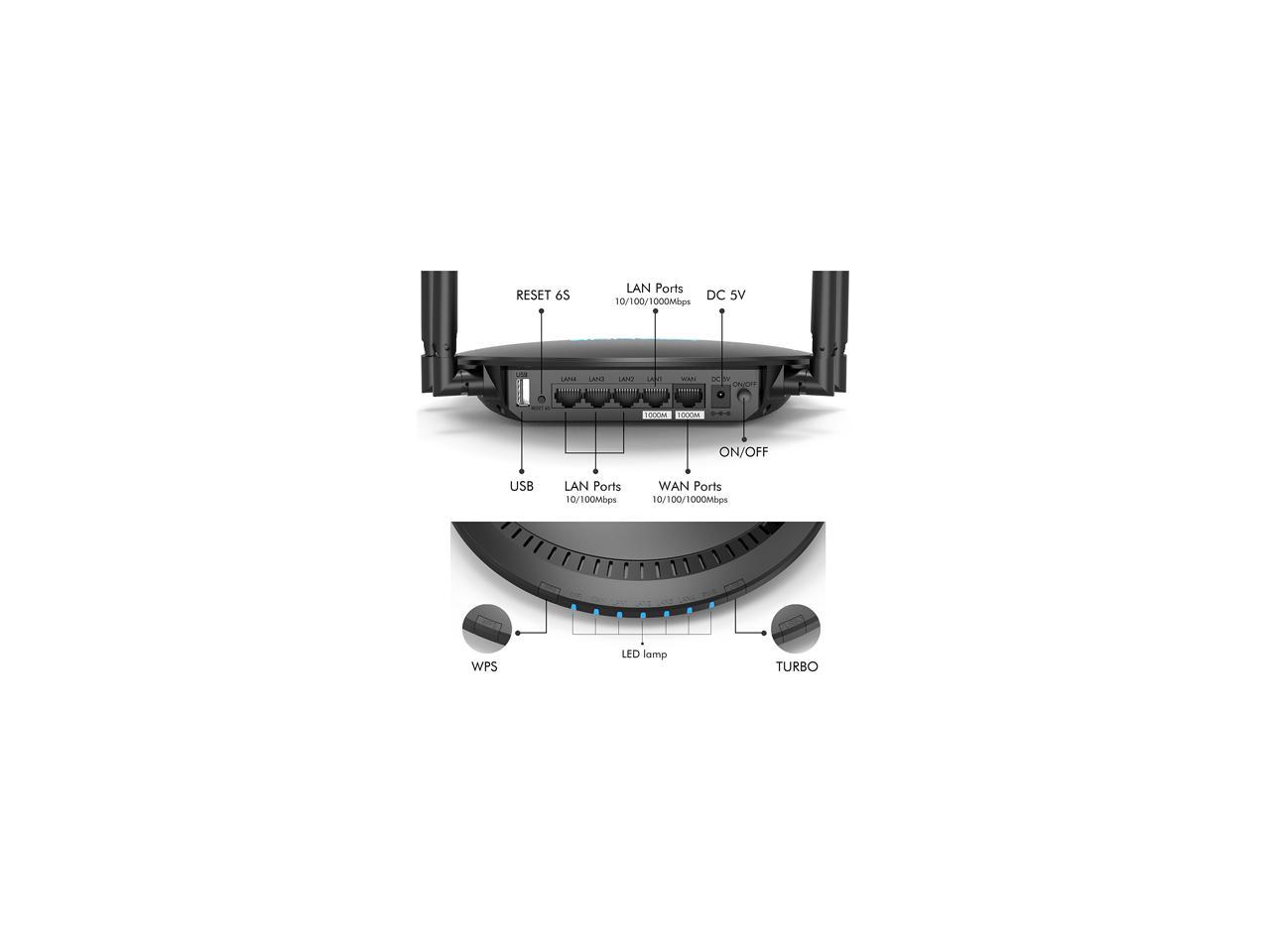 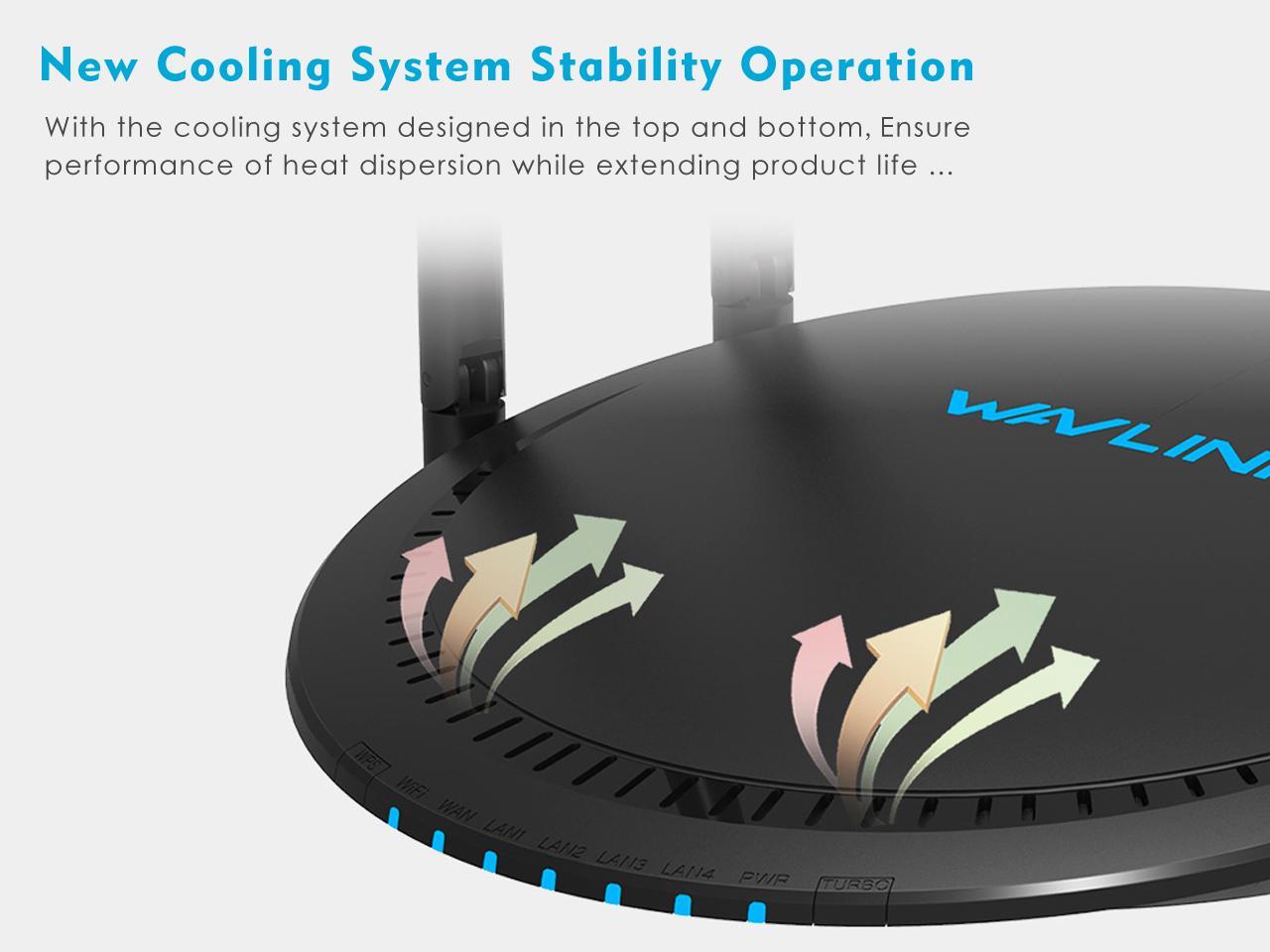 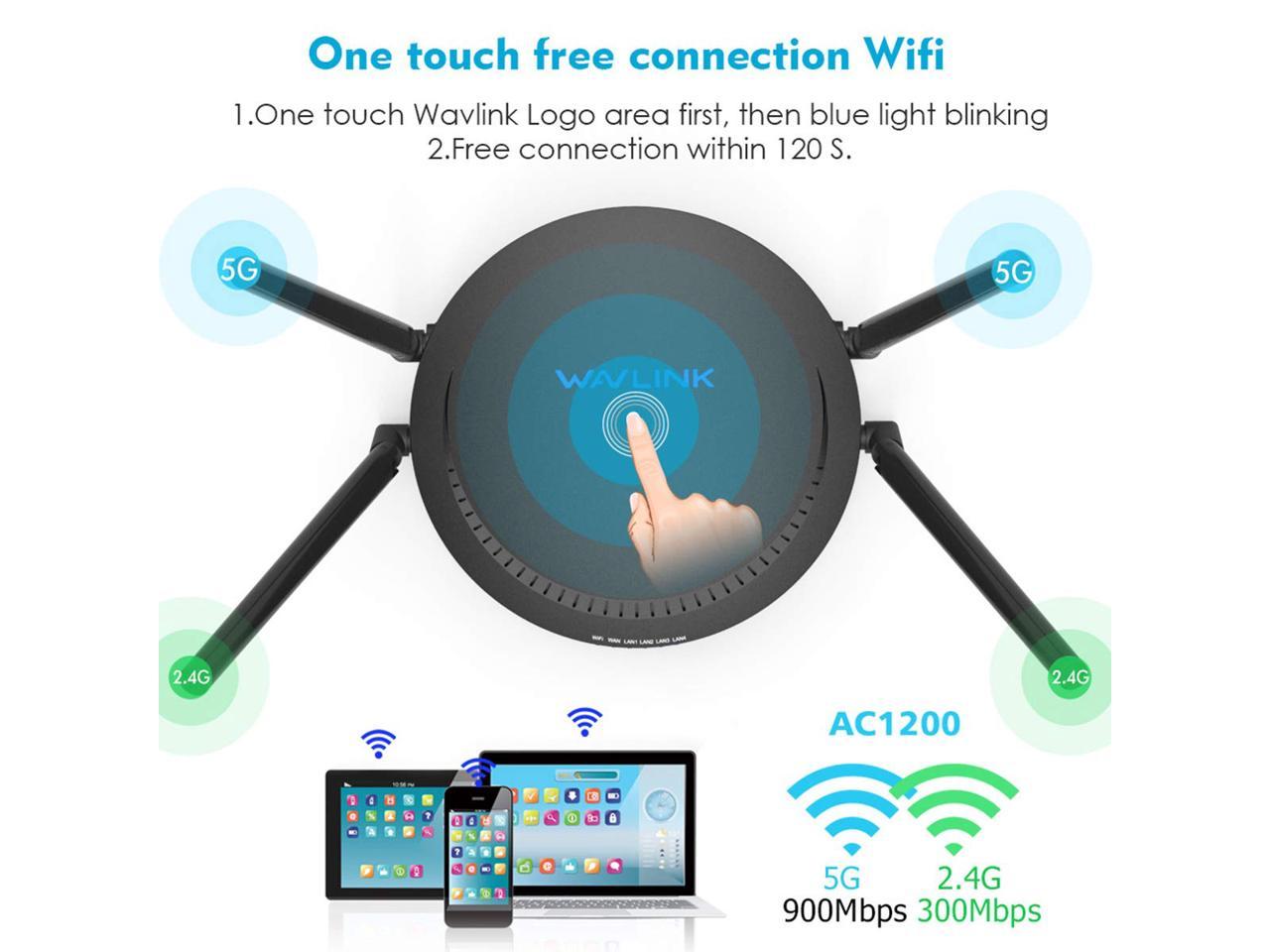 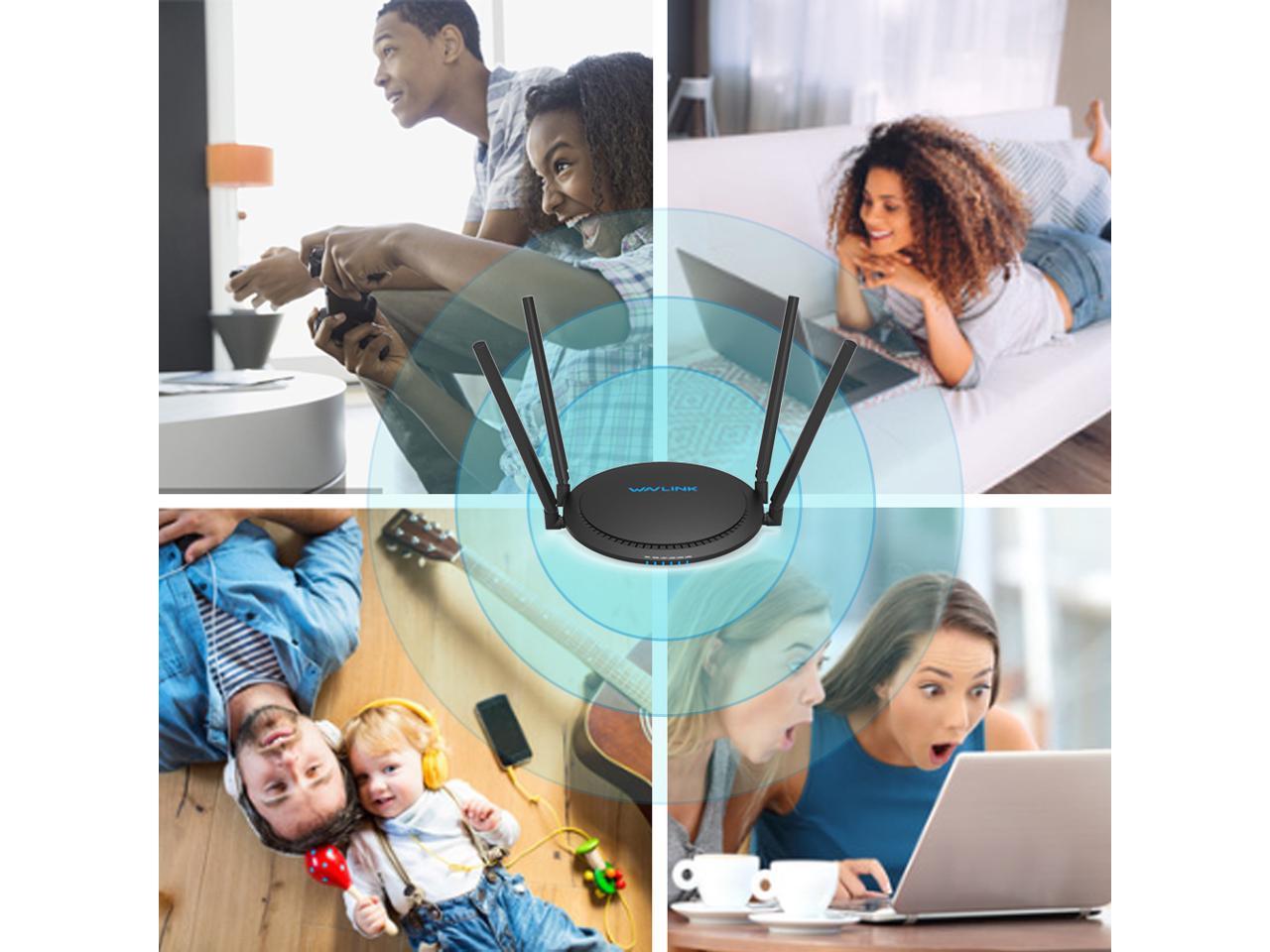 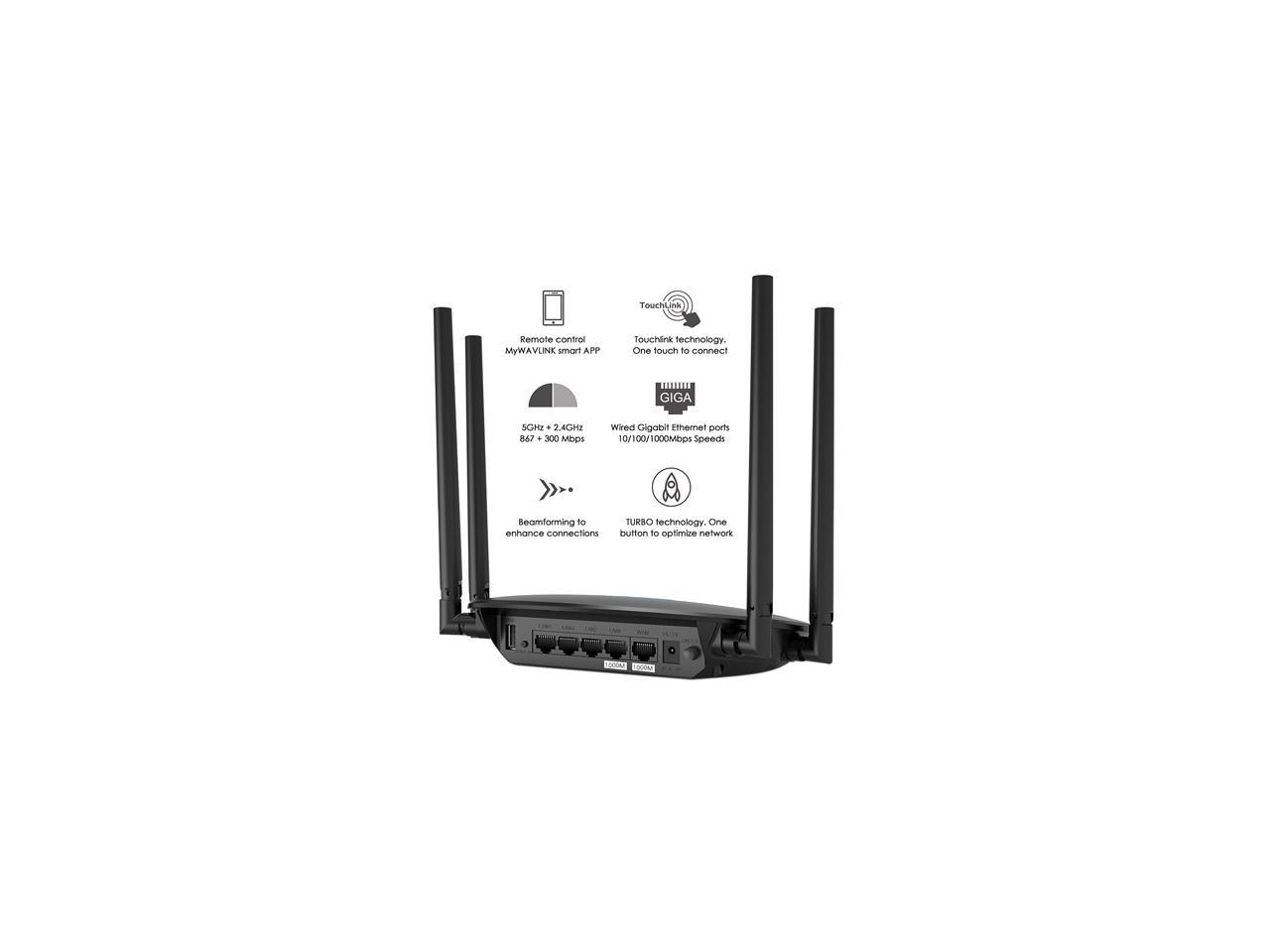 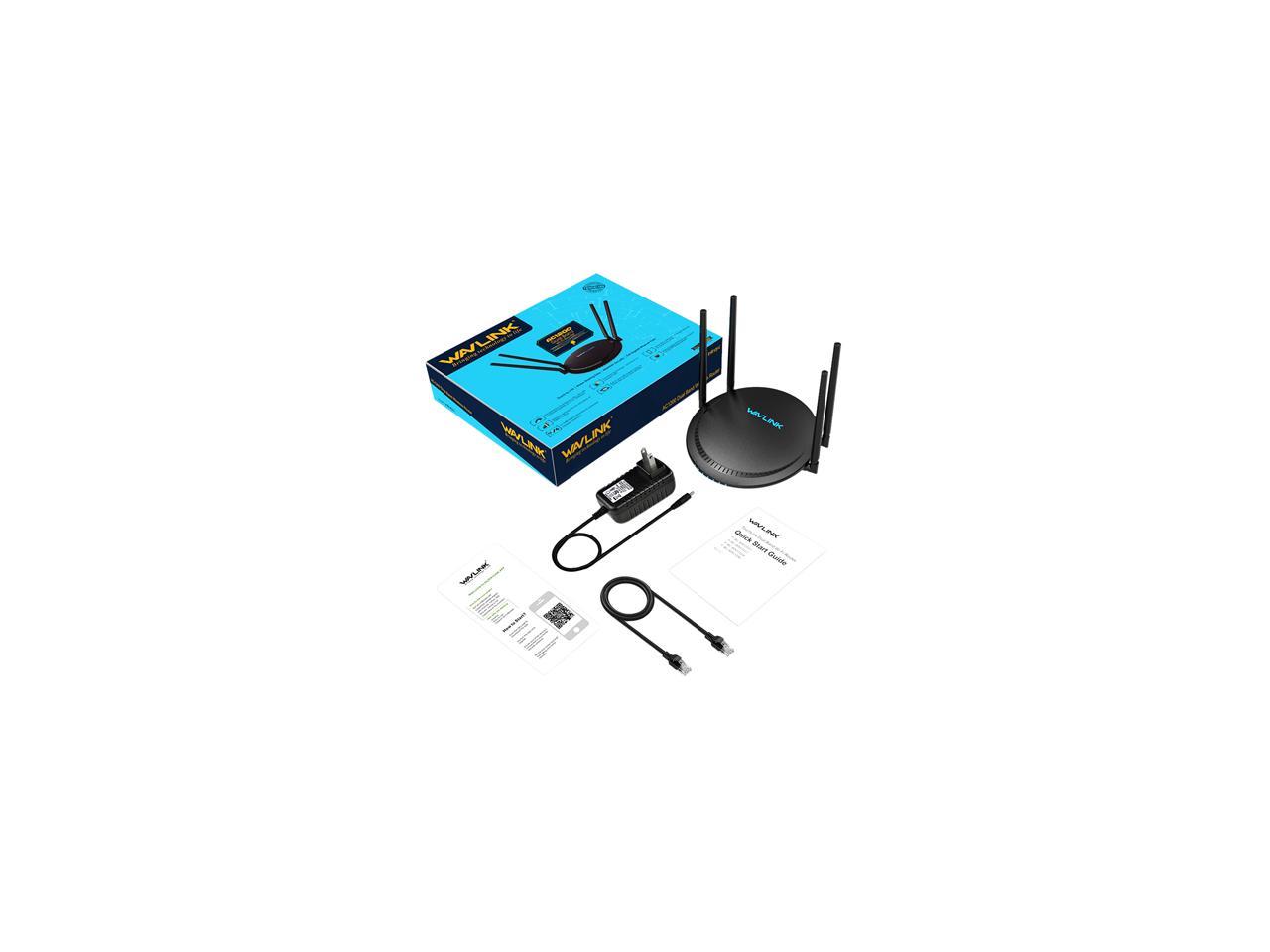 WL-WN531G3 is a high performance wireless router provide fast speeds of dual band Wi-Fi up to 1200Mbps , provides reliable connections for laptops, smartphones, tablets and other wireless-enabled devices. Supports 802.11ac standard, Dual-Band WiFi connect to more devices. 2.4GHz band provides speeds of up to 300Mbps for activities such as emailing, web surfing, and Wi-Fi printing, while 5G band delivers speeds of up to 867Mbps for activities like video streaming, multiplayer gaming, and media sharing.

Coverage throughout Your Home, Long Range

Four external antennas, one internal antenna, and a powerful chipset work together to send WiFi to every corner of your home. Stay connected and enjoy fast WiFi whether you're lounging on the sofa or relaxing on the balcony. Quality of Service (QoS) lets you assign bandwidth to the devices you use most, keeping them running at peak performance. Control your bandwidth to prioritize your traffic to what matters most, whether you're winding down with your laptop, gaming console or tablet. Easy Set up and Control Anywhere

Setup and manage your Wi-Fi through the our app, Connect, Power, Setup, Enjoy the Internet! available for both Android and i0S. Remote management anytime and anywhere. You can Scan QR code on the box to get the app. it lets you quickly access Wi-Fi settings such as guest access, device management, and scheduling on your phone or tablet without any complications.

Just touch the sensing area of the router, After the LED light up, it would crate a guest wifi signal, you could connect this guest SSID within 2 minutes. It's so powerful when you have a party or invite friends over, as friends and guests get Wi-Fi access by themselves without needs of telling them the Wi-Fi passwords again and again. We called this as Touch-Link. We specially design this for your better Wi-Fi experience ,just push TURBObutton, your network will be optimized. What's in the box?

Learn more about the Wavlink 531G3

Overall Review: I love the router, it works great. Paired it with an Arris SB6190 modem/gateway that was a refurb so I got it super cheap....Love newegg for that. Compared to using the Comcast Provided gateway, router combination device (that was 13/month rental) This is significantly faster...to my desktop over wired ethernet. Have not tested the wireless speed, but I can tell it is faster just by feel so far. Download speed was about 90-110Mbit on Comcast hardware, now I have a more consistent speed pegged right on 129Mbit all the time, lower latency also. Couldn't be happier, and the price I got it at, was a steal..... THE ONLY complaint I have, is that the administrator login password can be changed....which is great....BUT, it does not allow special characters, and is only allowed to be 10 characters long. I find that ODD, but I don't think I need to worry as much as I do about it. I'm pursuing a Security+ certification, so I feel silly using such an arguable weak password when I know better.....but I had no way of knowing that before I bought it. The wifi access passwords can be whatever you want though, so that is definitely fine. And it's protected pretty well from brute force password attacks because it locks after a certain number of attempts...Anyways.....go Buy one...you'll be happy.

Pros: - Very straightforward to set up - Strong signal throughout the house. Triple speeds upstairs. - Good looks - On sale was a very cost effective replacement for an extender.

Cons: - Wish there were more detailed options that could ve tweaked - Password and SSID do not accept special characters.

Overall Review: I have this set up as an extender, LAN to WAN. The stock vendor access point didn't have enough umph. Follow instructions found online and it works like a champ.

Pros: This router works great. Connects to both 2.4GHz and 5GHz devices. The setup is easy and starts working right away. Instructions are easy to follow. It has great range which is a huge upgrade over the last router I had. Also, it doesn’t stop working randomly. This is an excellent choice for a new router. It does not disappoint.

Overall Review: This is a nice device to have for a home router. Definitely recommend it.

Pros: Straight out of the box it took mere minutes to set up, and the ability to set up my network and security via my smart phone made things super simple! My Roku Smart TV, LG Smartphone, Asus Laptop and MSI Desktop Computers are all on the network with no conflicts! It has great range throughout my apartment! The Touchlink function for my friends to access my WiFi is a boon!

Cons: I've had it a couple of months now, and no cons as yet!

Overall Review: Absolutely... it works exactly as advertised, with no down sides to installation or use!

Pros: Connects to 2.4ghz and 5ghz devices very nicely. Gigabit LAN. Simply plug into your cable modem router LAN and you can have your own WiFi network. Antenna's move so you can get the best coverage and pickup. I like the software in the router. Very smooth, simplistic, has some nice features. So far fast connections on everything wireless and wired.

Cons: One adapter failed to connect to 5ghz, but, another adapter did connect to 5g that would not on other routers. So win lose. Only that one adapter though, works flawlessly on 2.4gz.

Overall Review: This is a nice device if you want to create your own home LAN / Wifi network. Stronger signals then using Altice's modem/TV/router combo box. Would recomend.

Pros: Easy set up. Fast connection on 5g. Long range on 2.4g. Like it a lot. Easy to set up. Connects to all devices in my home, old and new, no problem. Like the 1Ghz LAN ports. Works great as main router. Works well sending signal to a WISP configured router in my basement.

Cons: Minor gripe: The web-based file and folder access system for USB connected storage devices is very rudimentary. I would love to be able to select an entire folder on the USB drive and download it. Can't do it. I have to access files one at a time. The USB storage feature is not my primary use for this router so it is no big deal for me. Still, a fairly minor upgrade to the router's firmware to implement a more robust file and folder management system would be a nice. There must be a superior, open source, Linux, web-based file manager that could be added to the router's embedded interface.

Pros: Great range and speed. I have streamed to multiple TVs at the same time the kids were surfing the web on their tablets and no complaints.

Pros: very happy with this device, has been extremely stable with great coverage and speeds, very easy setup. This is an excellent choice if you are in a market for a new router.