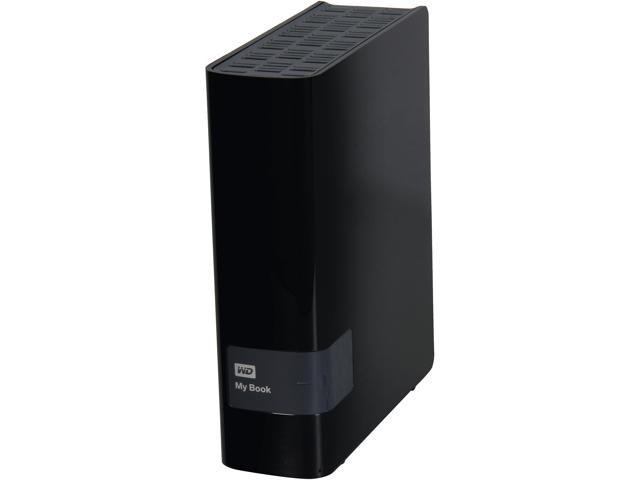 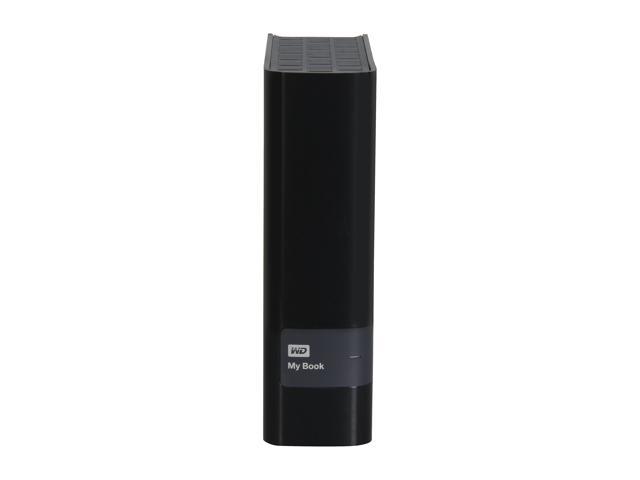 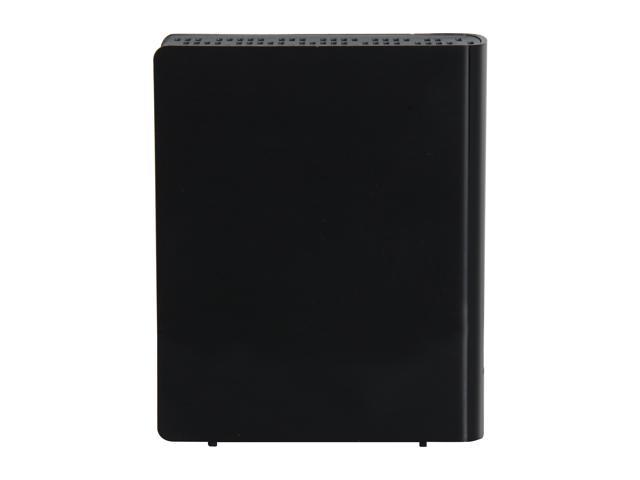 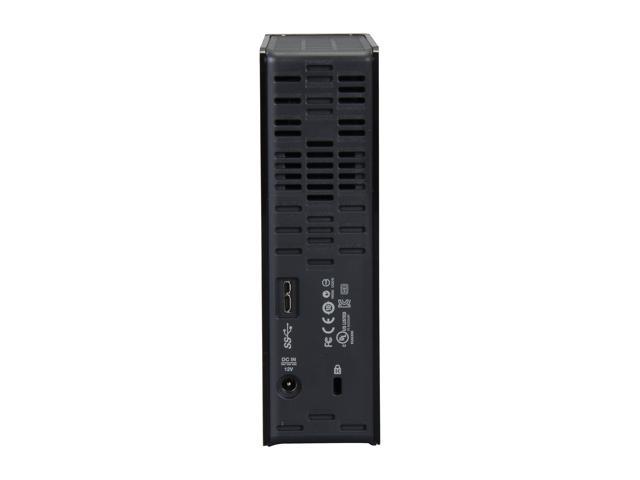 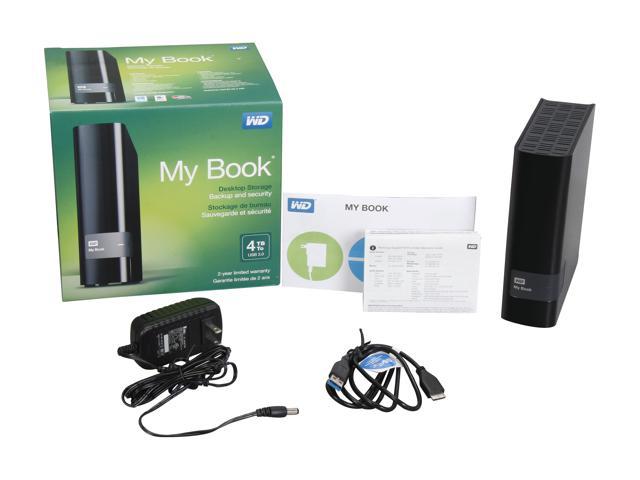 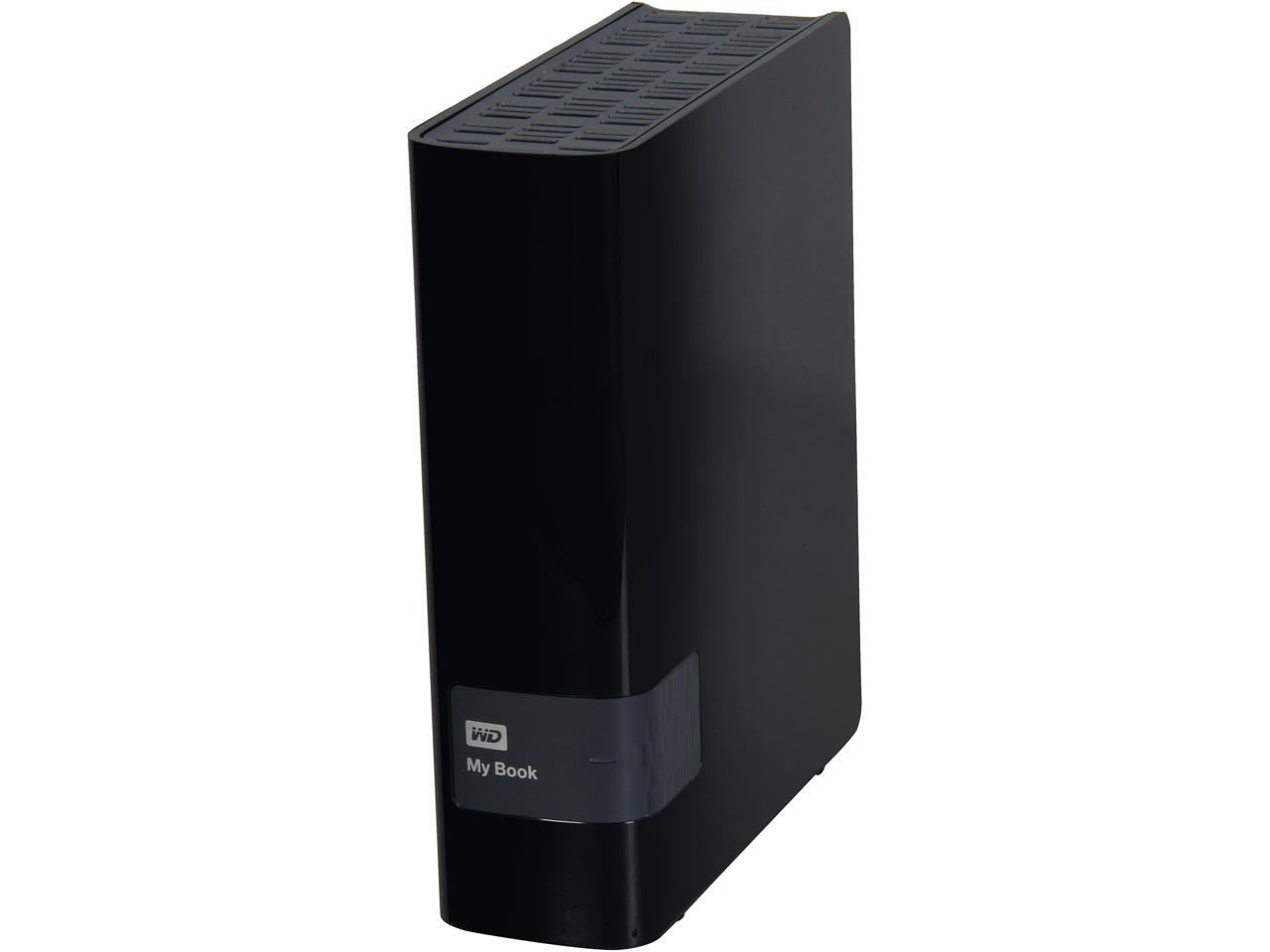 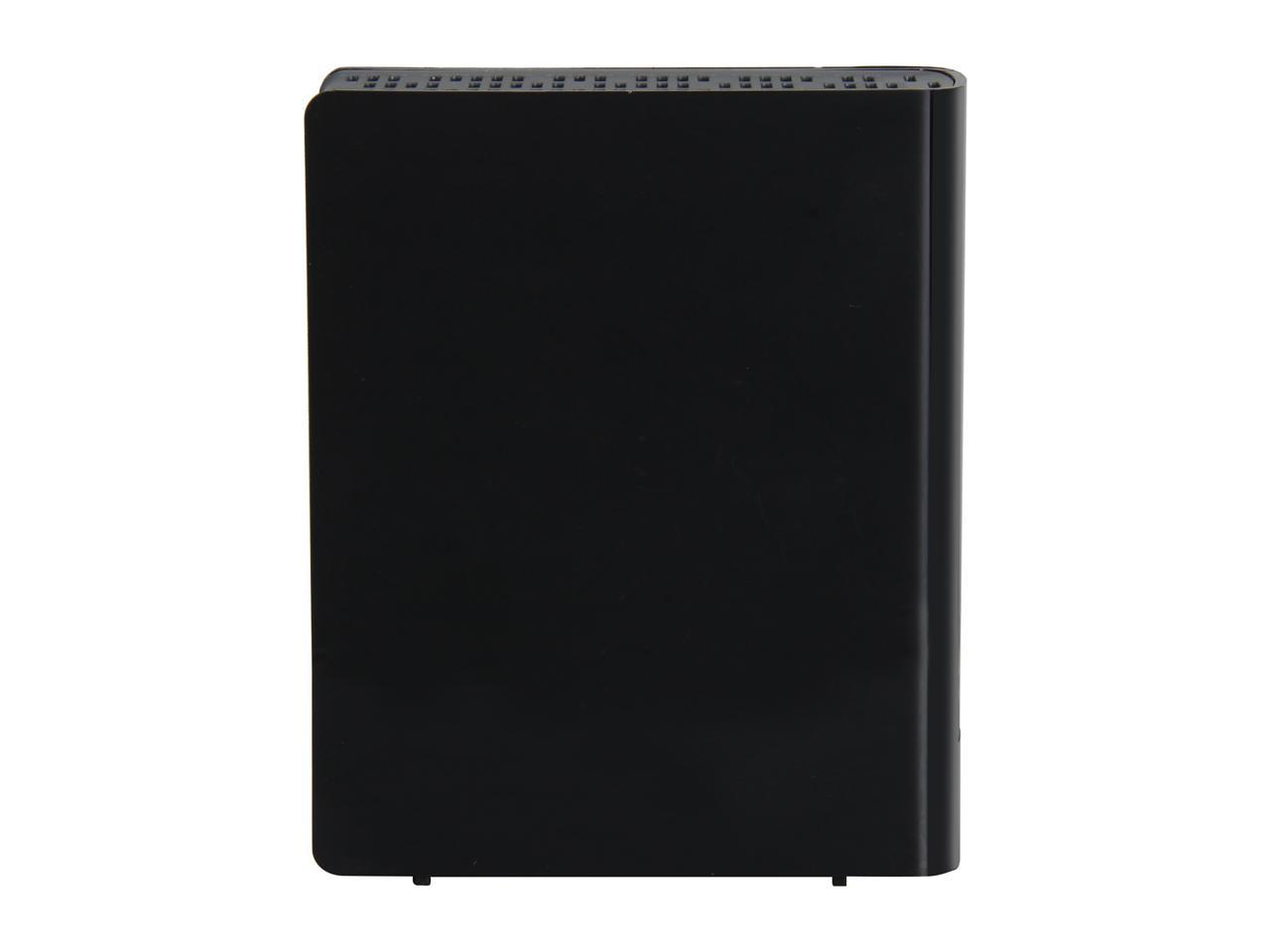 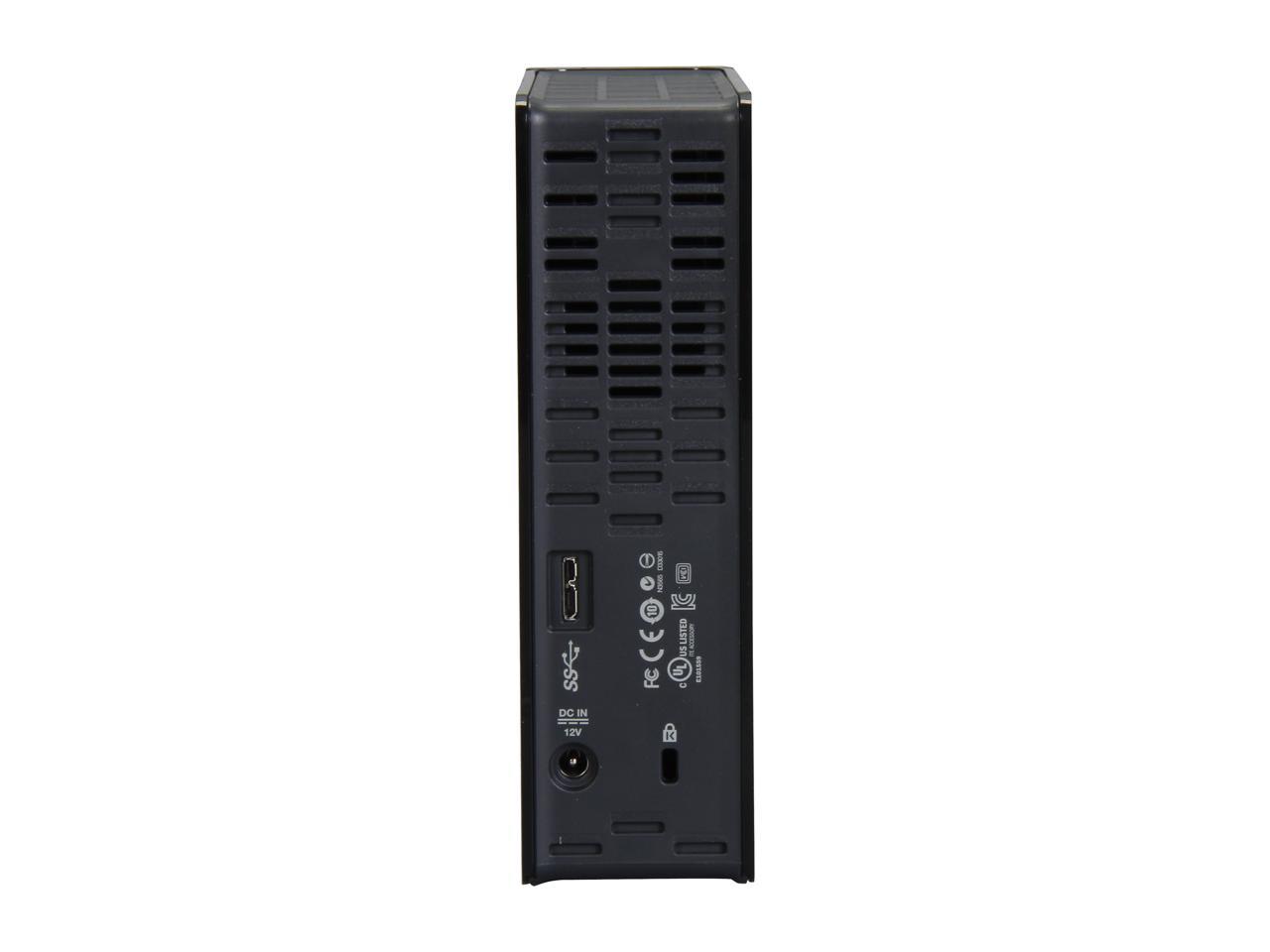 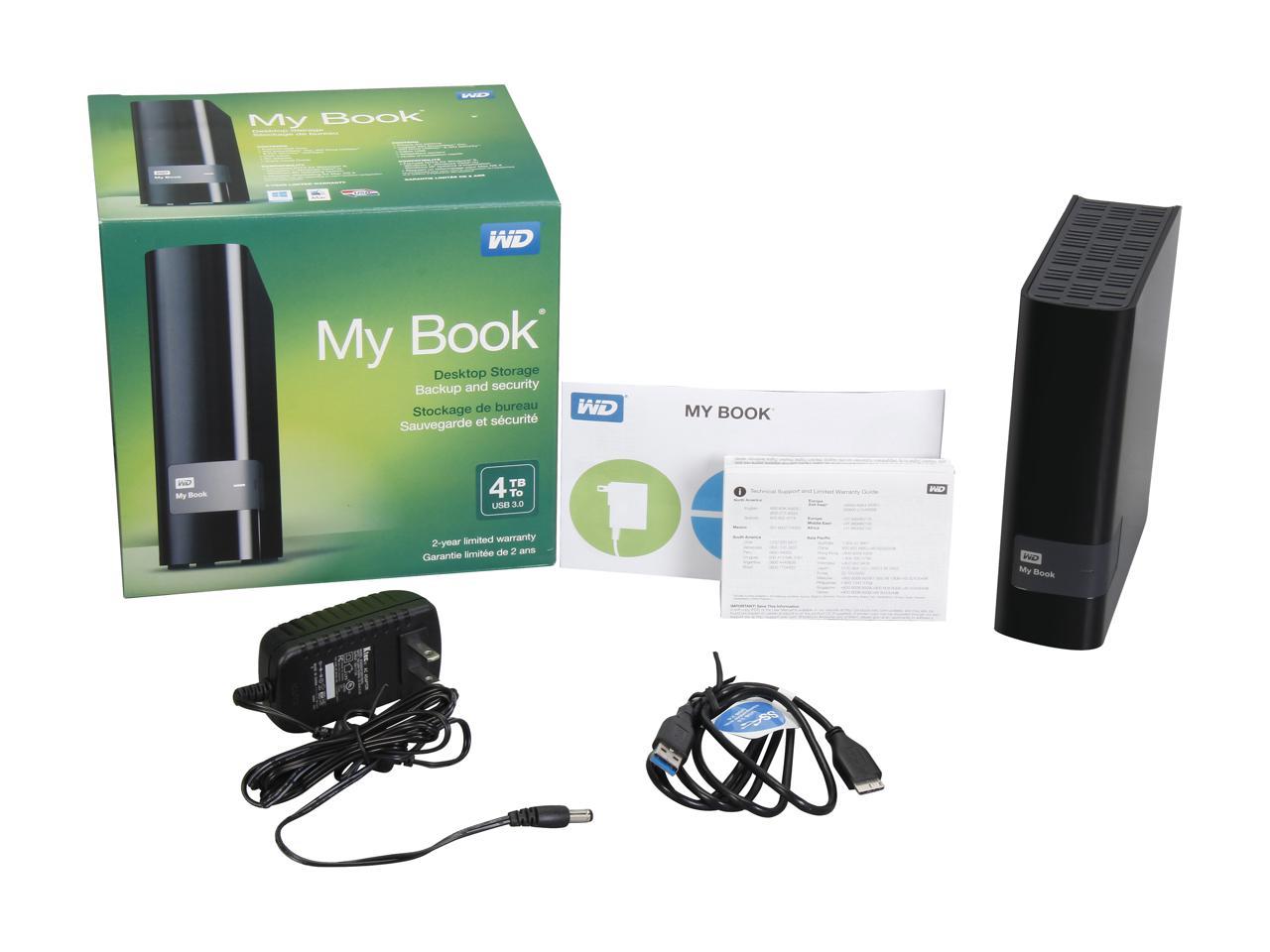 Overall Review: I liked the first one so much I bought another! I'd transferred SSD to USB 3 at 170 mB/s originally... then I thought to try USB 3 to USB 3 and achieved 140 then 120 mB/s... pretty good I'd say! I have this hung off my bedroom PC and share with my LAN so watching content from it in my theatre room is a no brainer. The power saver makes me feel better about it not just spinning all day, and the huge capacity... well, everyone needs a couple of these on their HTPC, right! It came preloaded with WD applications which I've not looked into -- I just create a folder as my own ROOT and share it as a storage device. Twice it'd gone on sale for under $140 - who can stand passing that great deal!

Pros: It works! Lots of space! USB 3.0 potential which, unfortunately due to the fact that these are just Winchester mechanical drives on a rope, they can only go so fast. But, I knew that going in, and it is just as fast as most of my internal mechanical drives. Nice blinking white light on the front.

Cons: The backup software that comes with it is a newer version of the same software that came with my 320GB WD external hard drive which I purchased a few years ago, and is still running. It is very invasive and rather unstable, and I ultimately found myself back to manually backing up my important stuff. But that is probably a problem for all of the automated backup programs around these days. They want to use up all of your backup space, and they expect things to be where they expect them. So, I have no use for them. When I received the package containing the box, which contained the drive, I could feel something flopping around inside it. When I opened the box, there was lots of packing material, and the box containing the drive. So, despite the presence of all that packing material, the inner box still got knocked around. But, somehow the drive seems to have survived, and continues to function after over a week. We shall see.

Overall Review: You really can't beat it now for the price. And if it survives the trip to your home, it will probably last for years, as WD drives seem to do that. Until they come out with affordable Solid State external hard drives, this is probably the best drive out there for the money. The only reason I took off and egg, was because of the fact that it was not solidly packed by shipping, though it seems they tried. But, trying does not help the drive make it through the UPS 6 foot drop.

Pros: 1) Quality. Excellent drive, especially given the price on Newegg. 2) Size. Storage space is excellent. Unless you are going to get serious about a NAS solution, you really can't beat this thing for your desktop. 3) Reliable. I have seen a few reviews that state DOA, etc. but that is a simple fact of life with nearly any HDD. RMA it and get back to work. I've had far fewer issues with WD drives (HDD) than any other drive out there. Seagates don't have nearly the lifespan, nor the speed on average. I understand this Pro is an opinionated one, but I think it is worth taking my time to write it.

Cons: If I am going to pick on this drive, it would be the software included. There are better software solutions out there. That said, if you are simply using this for a backup of files, knock yourself out. It works fine. If you are going to be backing up your system, look for a better software solution and simply use the drive for your storage. I keep my wife's laptop backed up on this thing without any issues.

Overall Review: I own this and the 3TB WD Live. I've not had any issues with either. Neither have I had any co-workers or friends complain about their WD Books. Its not as sexy as a giant NAS, but it also costs exponentially less that putting together a good NAS. Use it within the intended purpose and it will not disappoint.

Pros: A lot of storage for the price; relatively fast

Cons: I've bought 2 of these and they are in rotation as external backup drives to my NAS. Both drives have gone bad, and have been replaced under warranty. Now one of the replacements has failed! I don't care if the warranty is 2 years, the hassle of returning them and having my backups at risk just isn't worth it.

Overall Review: Each drive failed within 1 year. Would you trust your data to this solution? Upon faillure, each drive was tested using WD diagnostic utility, and failed SMART tests. Note that my NAS is using a WD Red NAS drive I'm happy with; it's been running no problem. But the MyBooks are trouble...

Pros: I can't say enough about this external HD. First, it's reliable, it runs 24/7 backing up data, uploading and downloading data, and transferring data - never had any issues/problems at all. Drive is built solid, well balance and quiet. I highly recommend this brand of HD above all others ( believe me I've tried quite a few) you won't be disappointed..

Overall Review: In my opinion best external HD of it's type on the market

Overall Review: ordered 2 of these drives, a 3TB and a 4TB and no problems at all.

Pros: Lots of room WD Green inside Works just fine for me. Cheaper than an bare internal

Cons: Not enough air flow inside the caddy. caddy not reusable, but I wouldn't anyway. I removed an egg because while the bare drive is fine the bit encryption makes this drive impossible to restore data if caddy fails, and it will.

Overall Review: This drive had mixed reviews when I bought it, but it was really cheap, and I needed a 4TB so I took a chance. I immediately removed mine from the caddy, and formatted it. I have been keeping an eye on mine and haven't received any errors. External caddies are failure prone (heat, power fluctuations), so I am hoping the bare drive is just fine.

Pros: Worked right out of the box for backing up files. Lots of space for a great price. USB 3.0 for fast transfer speeds.