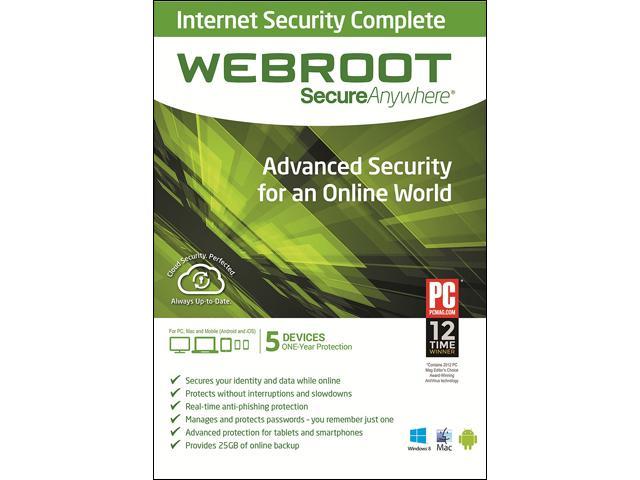 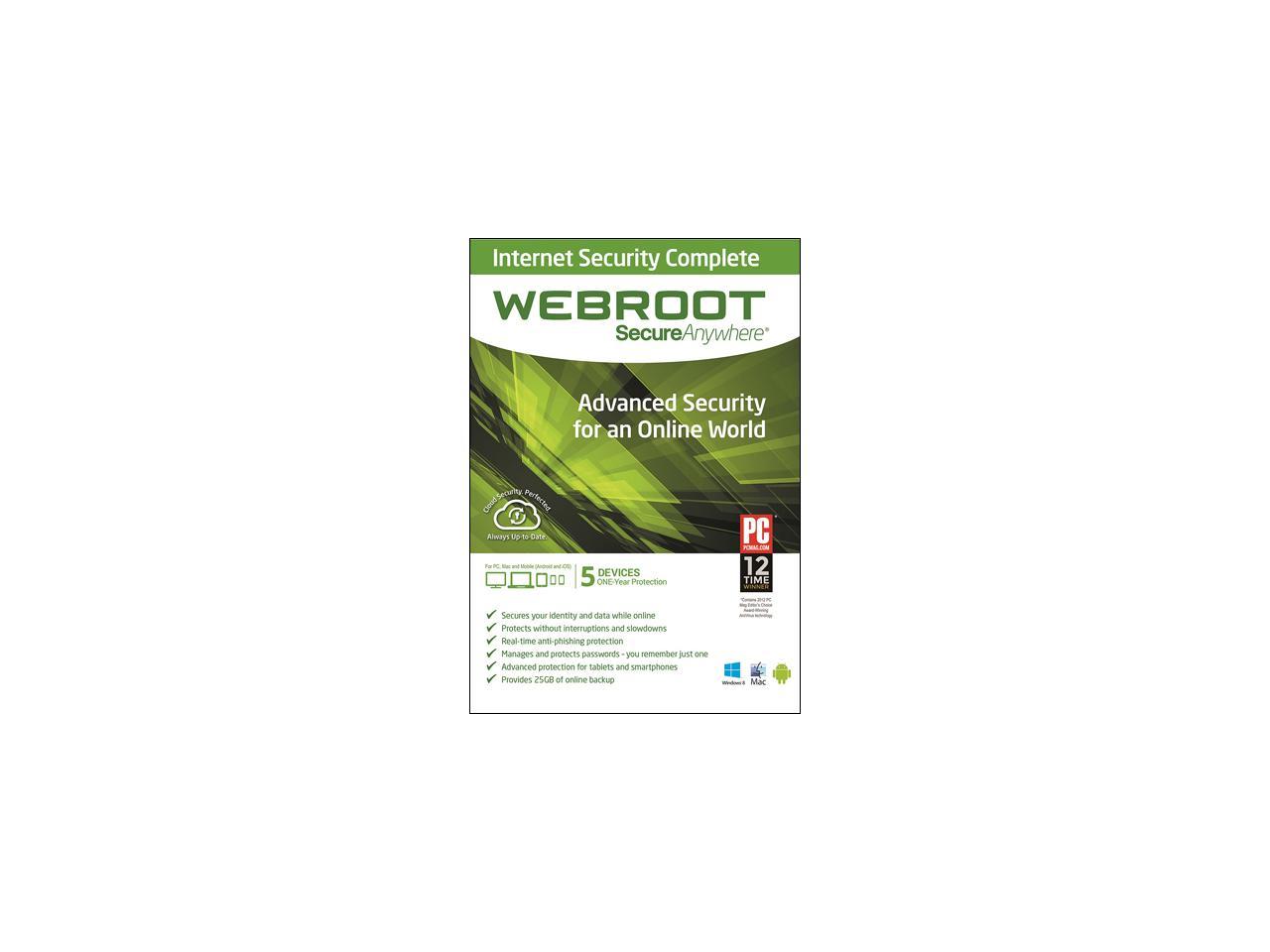 Pros: Incredibly great priced for one thing: I first tried this product when it was a "free" after rebate. Well, nonetheless, it's worth even a couple of bucks if you have to pay for it. So, at $10 for 5 users or $2/computer, that's a really sweet deal. OK for the financial part. For the real reasons: Very complete and finding malware, virusus, rootkits, etc. the 25 GB back up for no extra charge It's very FAST! Doesn't take a lot of your computer energy to work. My personal favorite of Security software-I used to have AVG free in the past--but this one has really taken the cake! After the computer finds some kind of virus or malware it re-scans itself.--As a double check. Also has a system analyzer to check your hardware You can't beat it, try it, you'll really like it--and won't go broke, either!

Cons: No CD, but other than that, really none.

Overall Review: I have a lot of computers, so I can purchase a 5 pack very cheaply, and have them all covered. I have even given a copy to a person because I wanted them to have the same protection.

Pros: I'm not sure what these other people are talking about but I have used this for over 2 months now and have been very satisfied. I was using Microsoft Security Essentials and always had malware popping up on the computer the kids use. Since installing this there has not been anything installed that should not be there.

Cons: Can be overly aggressive in website blocking but on the upside it does keep the kids from going places where they don't belong.

Overall Review: I will be installing this on the parent's and in-law's computers to reduce the amount of "Tech Support" I have to do.

3 out of 3 people found this review helpful. Did you?
Anonymous
Ownership: more than 1 year
Verified Owner
Not the fast speedy full scanning like it was in the 2013 previous product. Another problem encountered too?10/30/2013 10:53:10 AM

Cons: Another really annoying problem that I keep having & have been experiencing with Webroot for some time now is that when I run advanced registry cleaning programs on my computer to help keep it clean, healthy & speedy such as Winsao Registry Optimizer, Free Windows Registry Repair or (Glary Utilities) Free Edition, I experience safety problems that suddenly go wrong with Webroot's Firewall. When I run any of those programs to fix registry errors or problems on my computer, they cause a problem with the Firewall in Webroot. Webroot sadly & unsafely allows them to make changes to their firewall safety settings without blocking them or warning on screen at the time that the registry cleaning programs are making changes to Webroot's security protection features. All of the Webroot monitored active connections in the second column of Webroot's Firewall are totally blank and not functioning properly to protect us from Internet Intruders after one of those 3 registry programs is used. It happens every time after & run one of those three programs to fix registry errors & problems on my computer. I have experienced the same problem too when I defragment my computers registry using Winaso Registry Defrag, Auslogics Registry Defrag or Glary Utilities Registry Defrag. The only fix to this Webroot Firewall issue so far that I have found is to, uninstall & then re-install Webroot Secure Anywhere Internet Security Complete each & every time that I run & use one of those 3 registry cleaning programs on my computer which is about once a month to try in keep my computer clean & speedy like I want it to be. Then after I uninstall & re-install Webroot on my computer, the problem is fixed but only temporarily until I use one of those three programs again to fix registry problems on my computer or decide to defrag my computers registry which is not too often.

Overall Review: I have told Webroot about this reoccurring problem with their firewall inside their product survey that they always open up in a web browser when we uninstall one of their security products from our computers. Apparently they don't care nor do they listen to try to find a fix to the problem on this issue seeing as it is still persisting & is not fixed yet. That probably means that they don't know how to make a fix for it or how to keep it from happening so they are just blowing the known problem to the wasteside instead of investigating the problem, seeing it for themselves in front of their own eyes & brainstorming a security fix to their vulnerable/broken firewall problem. Again, this only being after one of the three specified registry fixing programs is used while Webroot Secure Anywhere Internet Security Complete is installed & too after a registry defrag has been used as described earlier. Therefore, because of all of this not so goodness from start to finish is the reason why I am giving Webroot Secure Anywhere Internet Security Complete only two stars from me.

Cons: * Tons and Tons of false positives. * Doesn't really protect you against malware. Sometimes it detects it, but it doesn't a great job of cleaning up afterwards. I still always end up using Malwarebytes to cleanup malware - even with Webroot installed.

Overall Review: The light system footprint is nice, but the false positives are really getting to me. Most AV and IS suites don't actually do a great job with malware, such as searchprotect and Advanced System Optimizer, which often come bundled with freeware from shady sources, so I don't hold it against Webroot specifically. Overall, if you're looking for a suite with a lot of features and that doesn't use a ton of resources, this product could work for you.

Cons: Horrible, many others are better

Overall Review: There are Better!!

Pros: It was free from Ally Bank

Cons: I don't really know if it is effectively blocking anything. I get a LOT of false positives when installing software. (Although they always say to stop AV software during an install, I haven't had to actually do that since the 90's!)

Overall Review: I don't think I'd pay for this, unless I knew it really did something. I am using it on a Mac, so my exposure and experience is likely different than a Windows user.

Cons: Slowed my WIN7 laptop Chrome browsing to a crawl. Literally locks up my notebook for several minutes. Tried to utilize support but they want a bunch of intrusive system logs sent to them; not worth it.

Overall Review: Bought this after reading the recent PCMag reviews and was very excited. Prior to this I had been used MS Security Essentials and then BitDefender Free with a combo of MBAM and SAS on my older Win7 notebook without any issues. The PCMag review said this had a small footprint, was very fast as well as accurate so I was excited to see it Free after rebate a couple weeks ago. Installed on my WIN7 notebook and immediately started having resource problems, especially when running Chrome. CPU would consistently spike to 100% with this installed. Not sure why, but I never had these issues with Security Essentials or BitDefender. Tried the Webroot forums and reinstalling as well as uninstalling MBAM and SAS without success. Support wanted logs which normally I wouldn't mind but when reviewing them prior to sending I felt they contained too much personal information. Uninstalled.