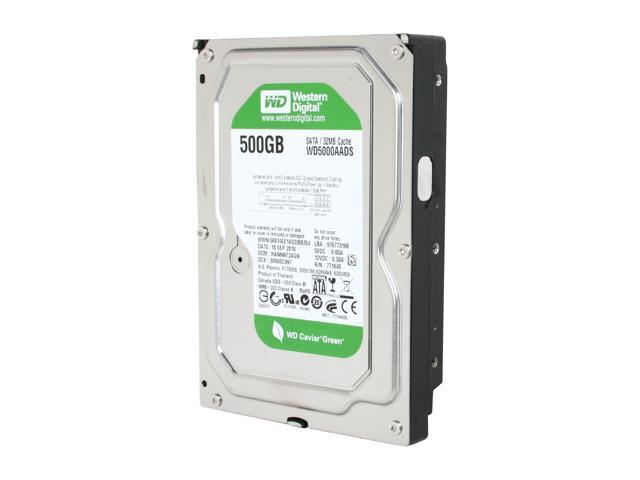 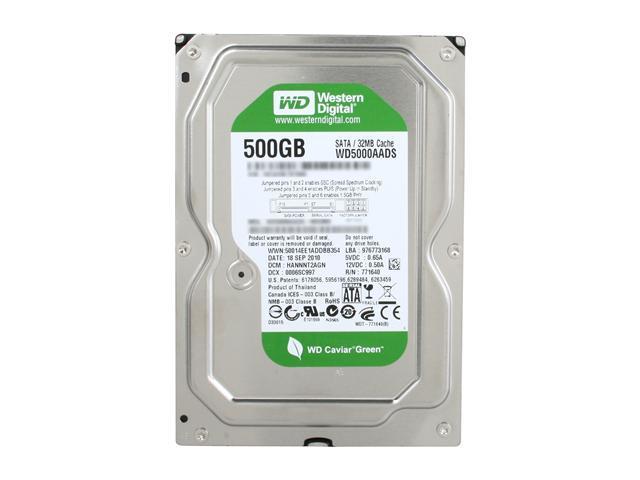 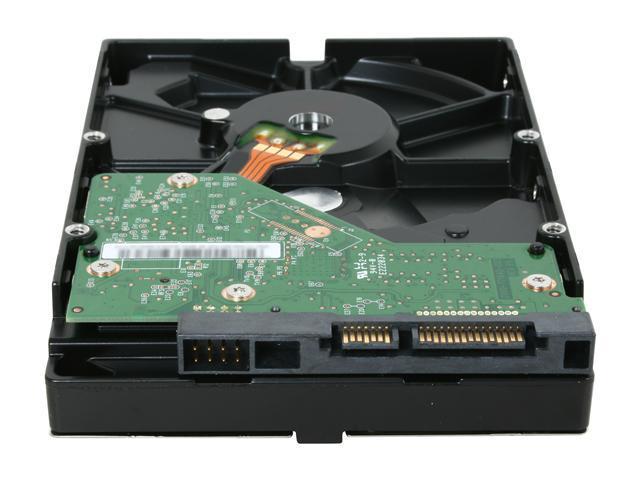 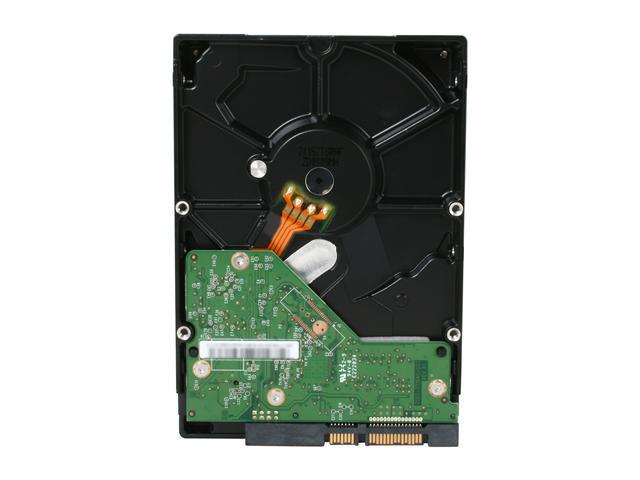 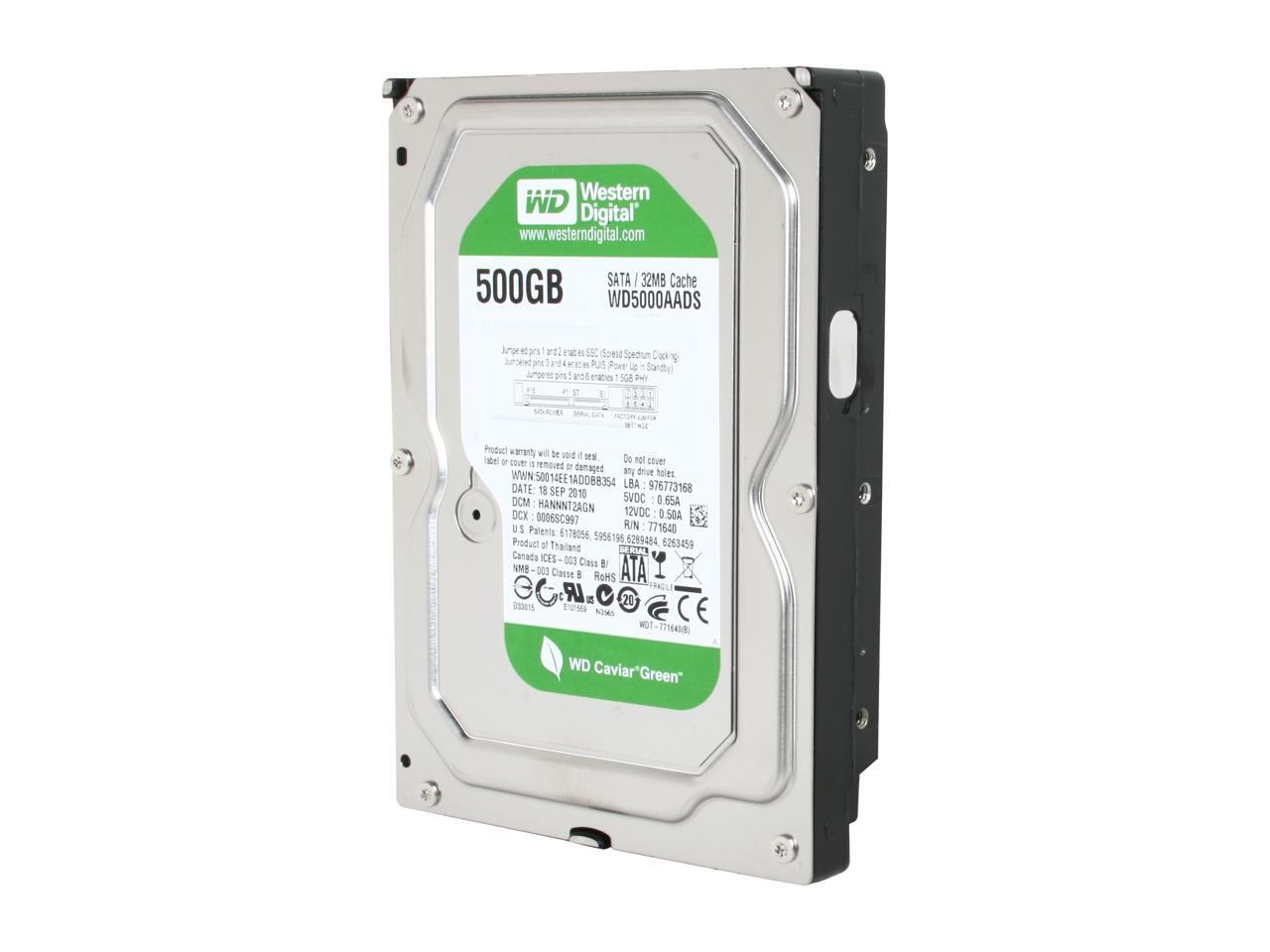 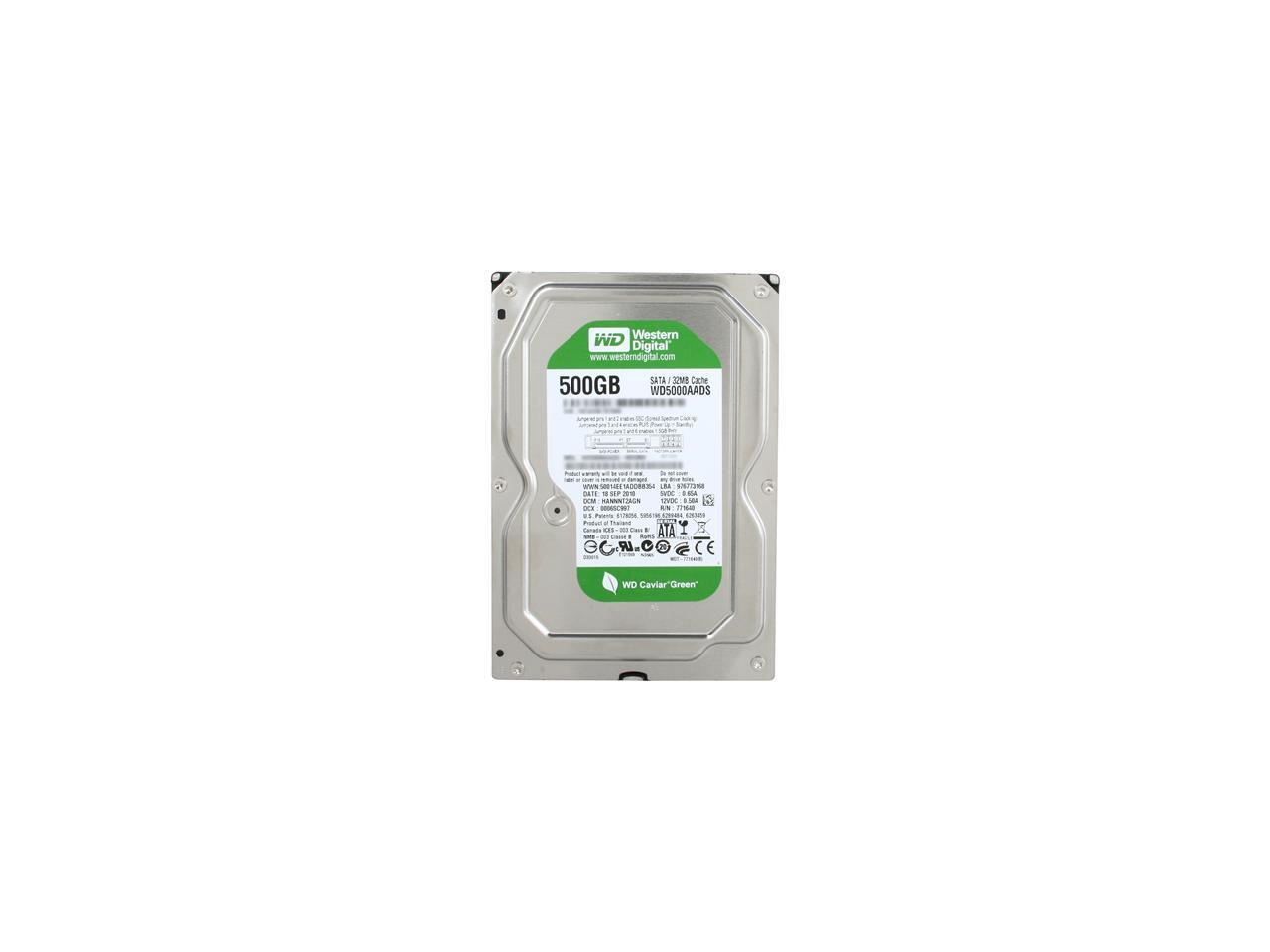 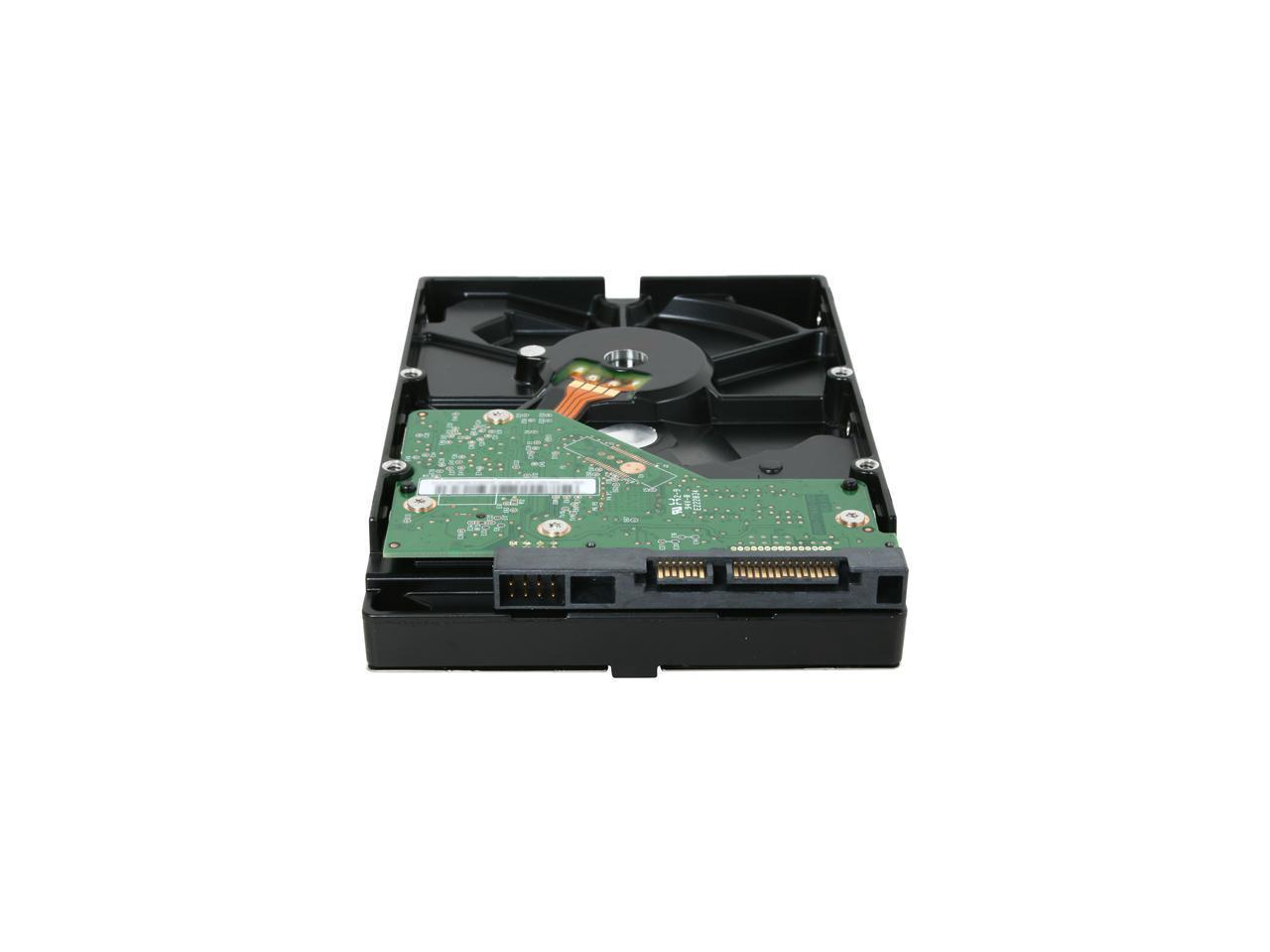 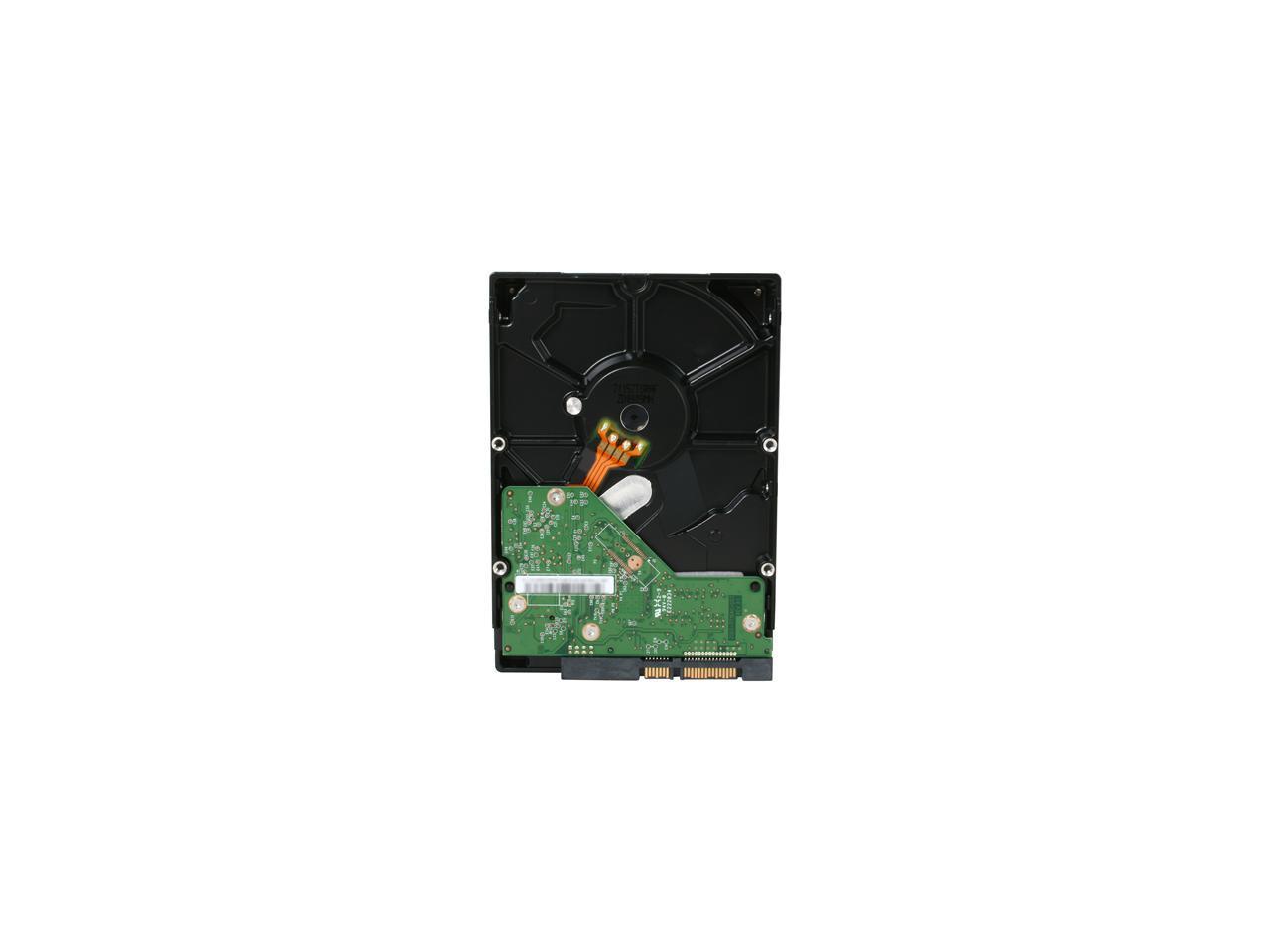 Pros: I bought this drive as a low-cost replacement for a slightly smaller and supposedly faster WD Caviar Blue (320 GB, I don't recall the exact model). I've become increasingly a fan of quiet and power efficient components where they don't sacrifice performance unduly, but I was concerned that the slower spindle would hurt performance in some cases. This hasn't been the case in typical usage, where the extra cache and the additional "intelligence" designed by WD seems to more than compensate for the power-saving features. Maybe a benchmark would disagree, but even in gaming I don't think a user would be able to tell the difference. This thing is also far quieter and noticeably cooler than the WD blue it replaced.

Overall Review: If you're worried that the WD greens are significantly slower than the blues or even the blacks, don't be. Your typical desktop computer idles far more than it's active and even if benchmarks show the greens to be a tad slower I don't think most users will find a difference in practice. So save a few watts off your power bill and get this excellent drive.

Pros: Great price for a fast, quiet storage drive. I'm using it as a backup drive and scratch disk for photoshop. No complaints.

Overall Review: Make sure you have a cable, as this is an oem drive. Nothing but the drive and bubble pack.

Pros: Price was good, free shipping, low noise and trouble free install. I have replaced 4 Seagate drives in the last year. I used to like Seagate, but after having 3-500 gig and 1-750 gig crash and burn (so to speak) I have had enough. This drive has been everything that it was advertised to be and today I am buying another one for backup.

Overall Review: This will make 4 Western Digital drives I have running, two of which are green.

Overall Review: A great storage drive, I wouldn't recommend for a primary drive unless it's for an htpc, or otherwise non-performance pc. ran one as a dump drive, then a video recording drive, then root for windows7 on a junker. Months later bought two more to get started on a raid5 array. Hilarious how cool these drives run compared to the old staple of seagate 7200.* yes there slow, can barely pull 60mb/sec from them, but they run at ROOM TEMPERATURE with any kind of air movement across them. If you're after storage look no further.

Cons: I'd give it a 5 but is a tad slow to pull up large directories

Overall Review: Newegg will never let you down

Pros: The package came in some cheap wrapping and i saw some scratches on the box and stuff like that but. It is an awesome hard drive and i am using it as a secondary drive Amazing for storage and extra space :). Oh and how easy it was to install Bam Pop on those Side thingies and then slide it in my case connect two wires and i was done

Cons: The installation was a little hard to figure out, i had to go to my computer-> manage and let my computer know that the hard drive was there and for some reason i had to quick partition it but.. It was fairly easy so no real complaints

Overall Review: I honestly should of gotten this first so i could run my os of this, it would run very fast and then i would use that 140 gb for other stuff

Cons: This drive is a tad slower then my Seagate 7200.11rpm 32MB SATAII drive. It's pretty noticable and confirmed through various HD benchmarking apps.

Overall Review: Other than being a bit slower than my Seagate with the same specs, it's price point makes it worth the purchase if you are looking for a small, cheap drive.

Cons: Died after three years of very moderate use.

Overall Review: I don't know what brand to recommend these days. I work on computers and I am seeing a lot of dead hard drives come in to my shop these days of all brands. I think the quality has gone out the door for hard drives these days.