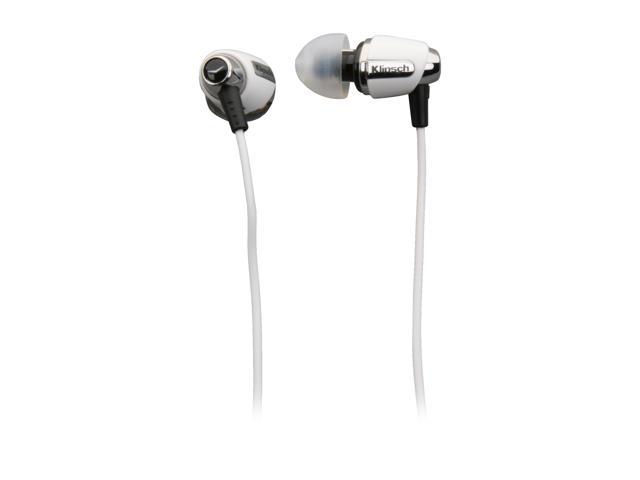 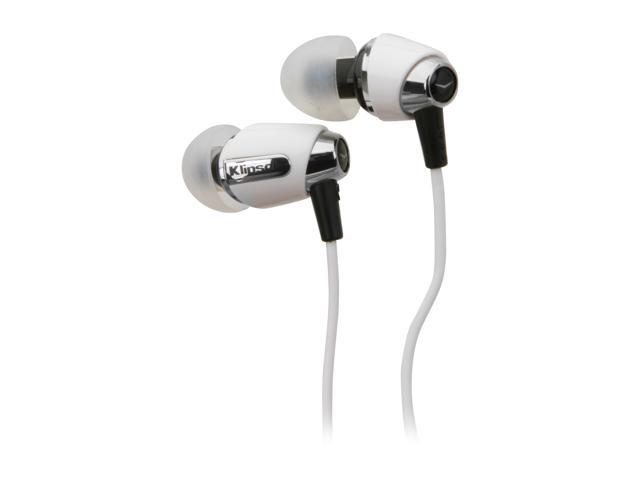 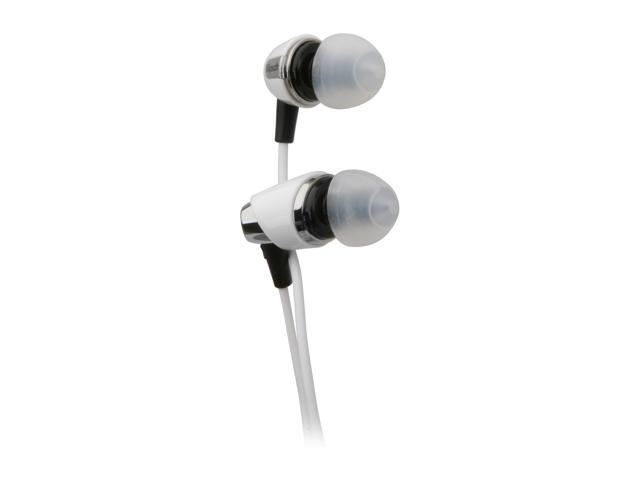 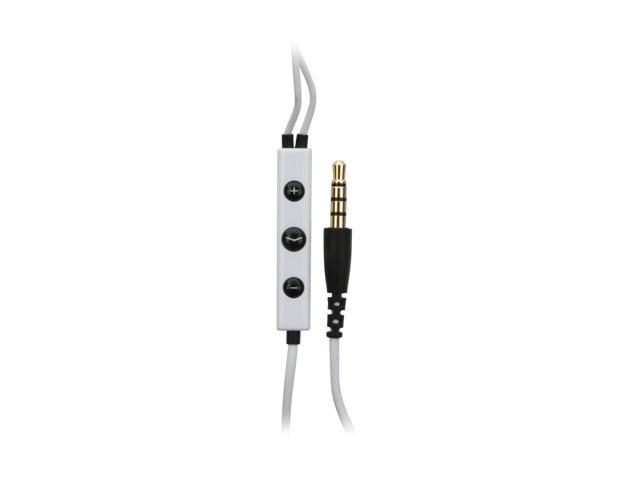 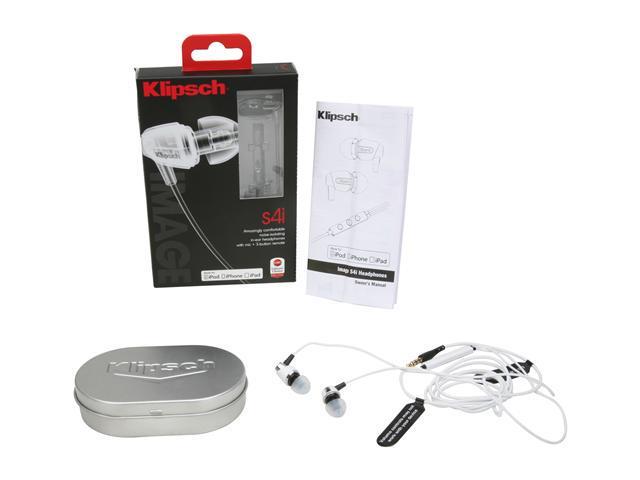 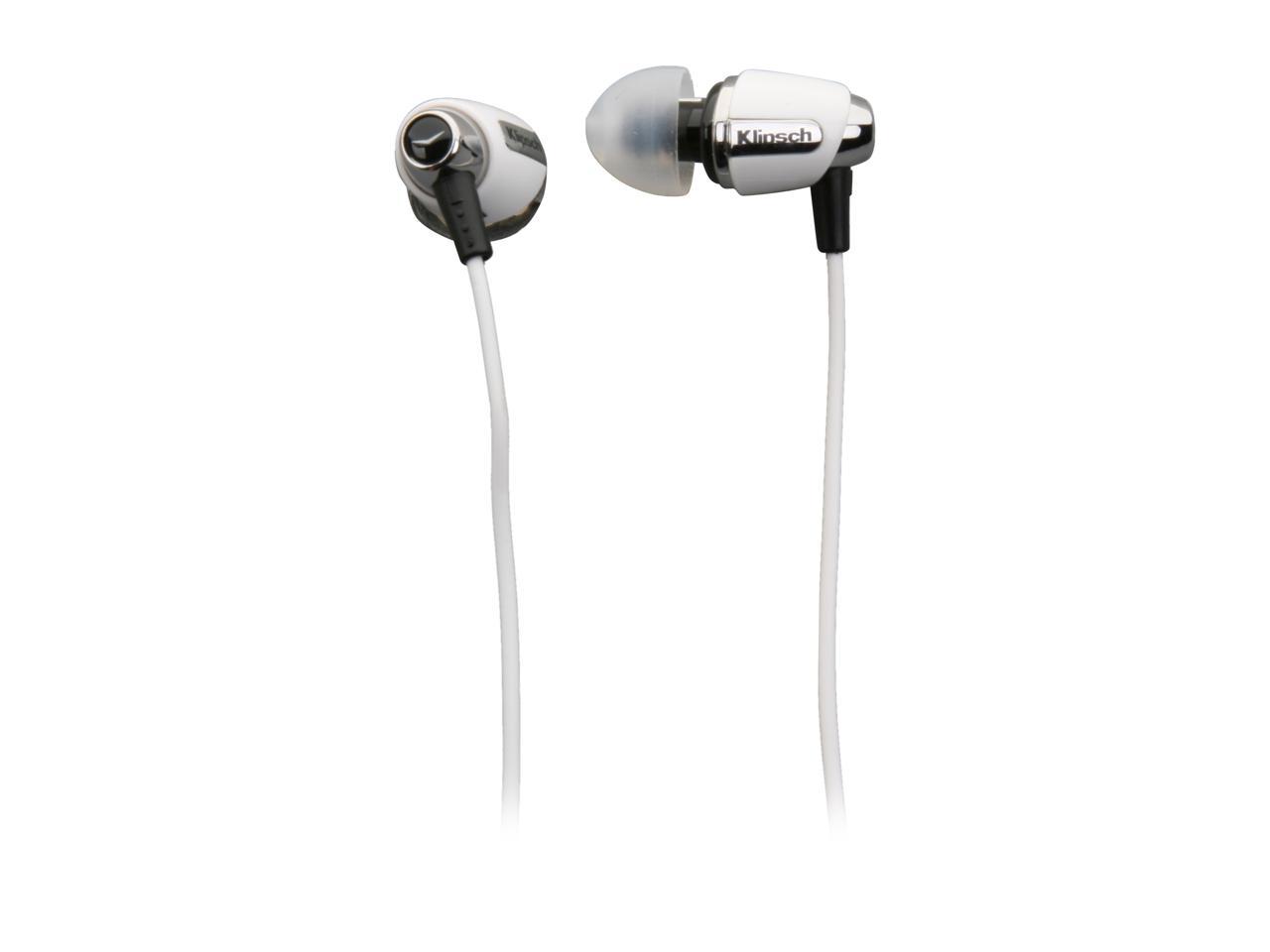 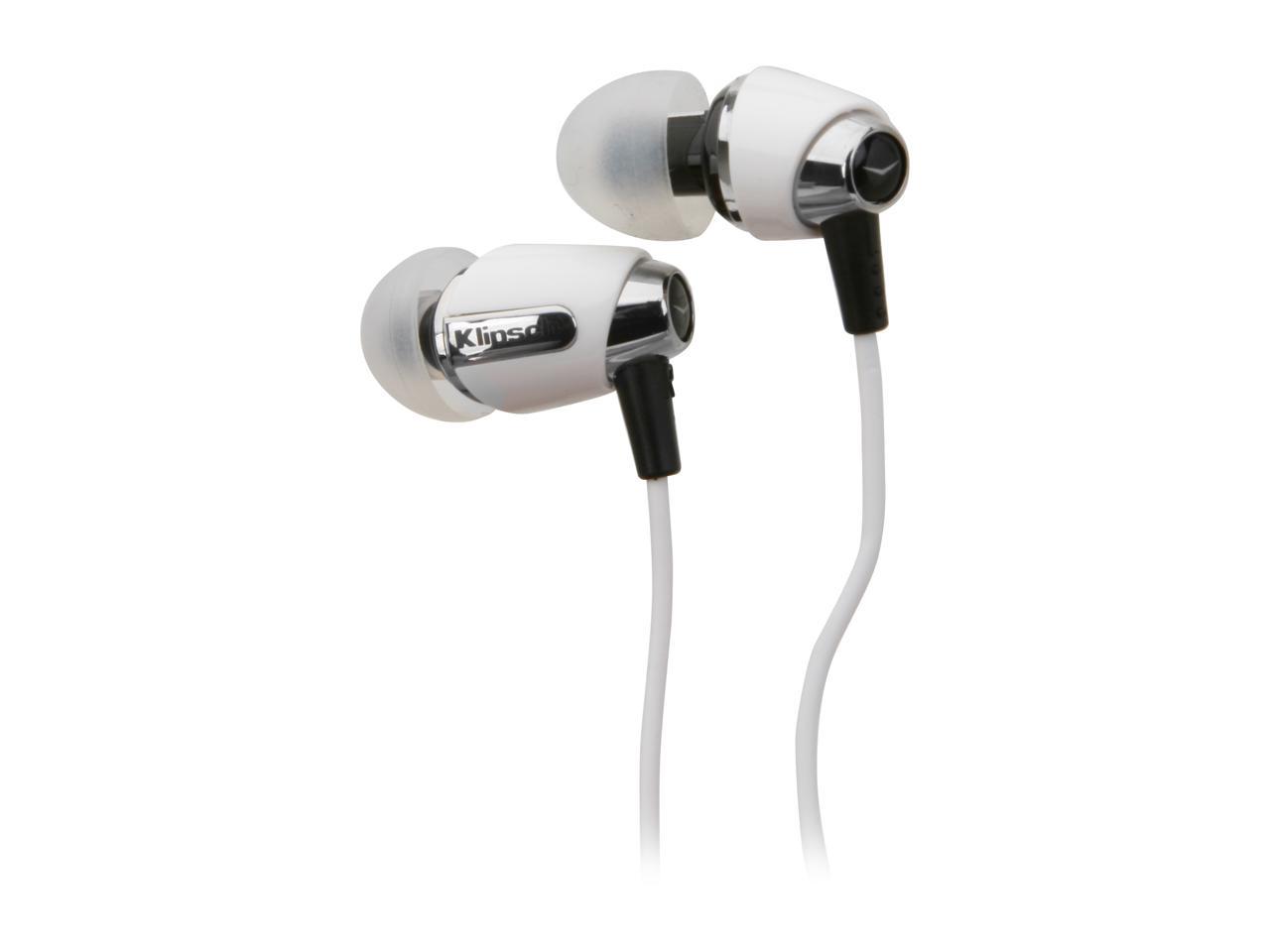 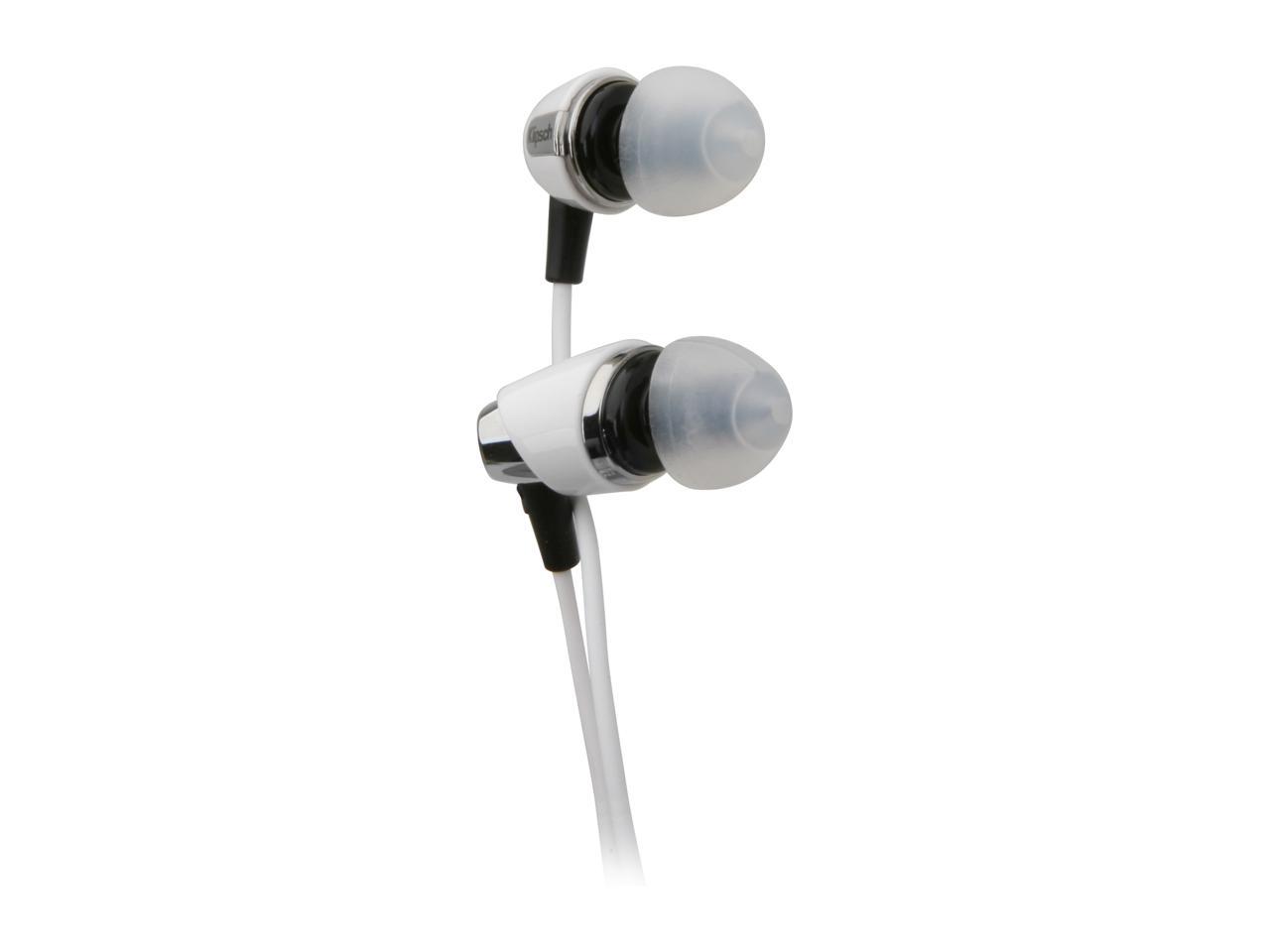 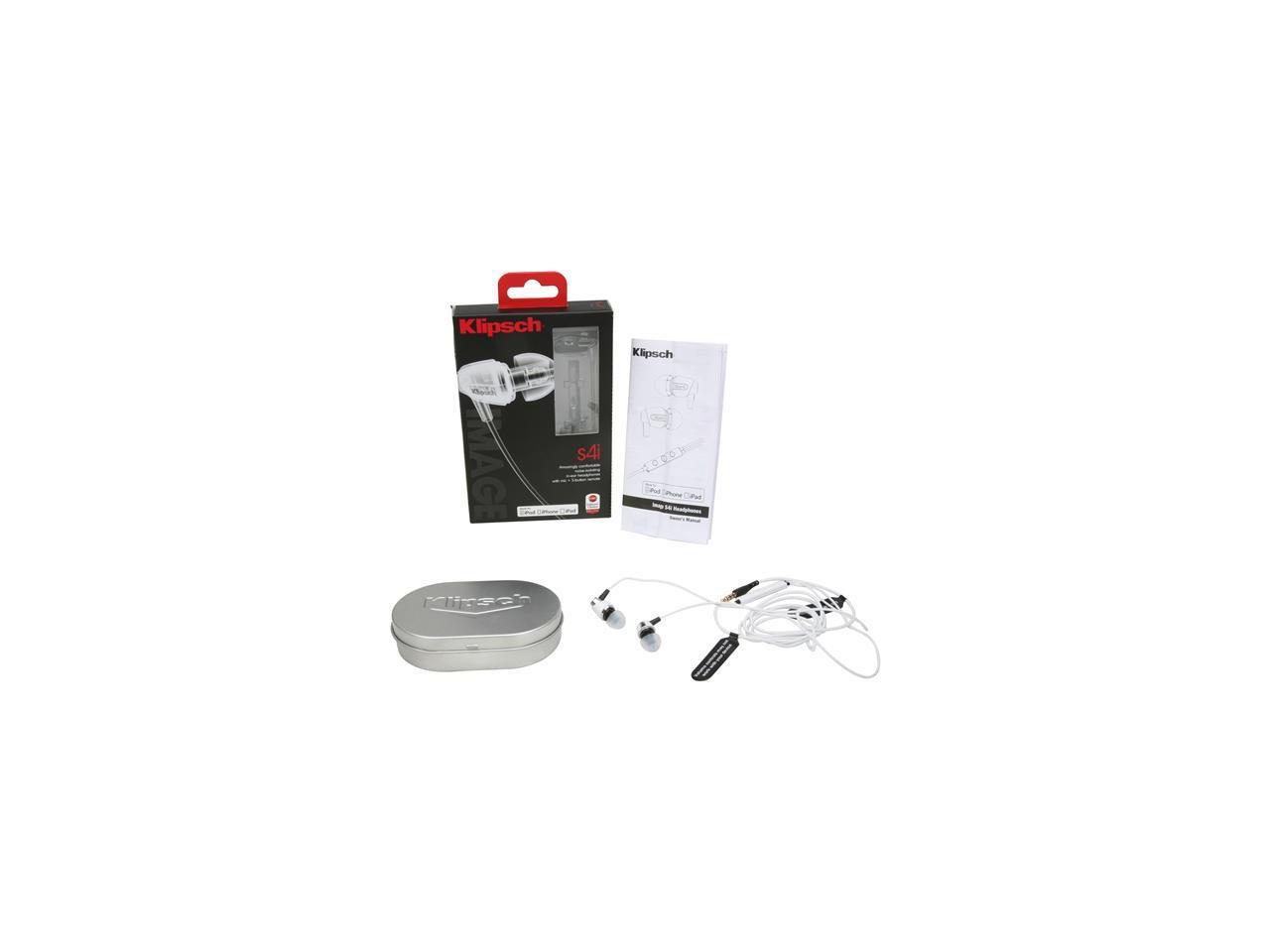 Cons: Rubber isolators feel kind of cheap and thin compared to many of my other earbuds and after wearing them for long periods of time at work get uncomfortable. Very bright and almost need an EQ to pull them into a more comfortable frequency response.

Overall Review: At first I was quite disappointed with these. I felt that they were properly isolating the noise and thought I had the right size isolators on but decided to try the large size and wow, what a difference. The bass finally showed up and I was quite impressed. At lower volumes these earbuds are very nice and clear and I love my highs so they sound fantastic. However, at high volumes they get incredibly bright almost to the point of being painful. I have always loved the clarity added by 8+KHz frequencies but again, at high volumes, the highs are unbearably strong with these earbuds and for the first time I can remember I find myself pulling highs out using an EQ.

Pros: - Very good sound quality for the price. Mids/highs are suitably crisp and powerful (though not as much as I would ideally like). Bass is substantial, and is hard to beat at this price. - Very few competitors offer a 3-button iPhone/iPod inline mic, and of them, I think this one is actually the best, which is actually the main reason I bought them - Microphone quality is possibly the passable of any competitor: people actually DON'T complain that they can't hear me when I talk to them using it!

Cons: - The cable is actually THINNER (or mayybe just as thin) than stock iPod buds. With the constant use that mine receive, this makes me nervous that they'll get snagged and break near the connectors, or just otherwise fail after a short while - Thin cable also tangles much easier than the thicker cable on my Shures, and doesn't "stay put" well enough, when I carry draped around my neck. - The 3button remote meets at a "V" where the L/R channels split. This V is too close to my chin, and makes them feel tight - When running, cable movement (even when wearing ran around the ear) causes that annoying thumping sound in your ears, with every step. This is common with earbuds, but my Shures didn't behave this way. - Bass is "thumpy", rather than warm/sweet. That said, I still prefer their bass to my Shures. - Highs/Lows seem powerful enough, but not as crisp as on my Shures

Overall Review: I have an iPhone 4. Previously, I had the Shure SE125 earbuds. I thought they sounded very good, and were an excellent buy. Though over the 2+ years I owned them, I had numerous issues (one time the left channel was fizzling out, with no sign that it was an issue with the cable, and multiple times, the cable went bad near the 3.5mm jack), Shure's customer service was very good, and they always replaced for free during their warranty period, and replaced at a significantly reduced price when it was out of warranty. I recently left them on the train, and decided to try something new (these). So far, I'm wishing I had either gotten another pair of SE125s (which are now available at close-out prices of about $65) or upgraded to their next offering. The thing is, I wear my earbuds A LOT. As such, things like build quality and ergonomics matter to me just as much as sound quality. While I do like the way they sound, they don't make a compelling argument against my Shures. RMA time.

Pros: Really love these headphones. Excellent build quality, excellent all around sound. Cord is just the right length and it comes with 4 different tips for the perfect fit. Amazing bang for your buck.

Cons: Cord carries a lot of noise, can get annoying if you move around a lot. Also, it might just be me, but they get uncomfortable after 15-30 minutes. I feel like I constantly have to adjust them. Not going to knock an egg off for that though.

Overall Review: Can't beat the sound for the price, even at full price.

Pros: Very good sound. Nice base. Low treble. I work in an office environment and I listen to music all day. I have utilized this product mon-fri 9-5 since 2012.

Cons: For no reason one of the ear buds stopped working. Cant figure it out. Based on the purchase price these should have lasted a lifetime. I will not repurchase.

Cons: No base Fragile (cable became loose after casual use)

Overall Review: These look good and sound good. They won't compare with higher end IEMs, but for ~$35, you could do a lot worse. The problem with mine is that they died after 3 paltry months. When I wasn't using them, they sat on the passenger seat of my car. They were never shoved into a pocket or abused. Pathetic. I'm going to take advantage of the 2 year warranty that Klipsch offers. I'll update my review with my experience...

Cons: The cords create sound when rubbed or bumped against any object such as clothing and chairs. This sound transfers along the cords to your ears. Even subtle movements such as the expansion of my chest from breathing creates noise that is much louder than the audio from my phone. The problem is the material that the cords are made from. It is so noisy that I'm finding the longer I use these ear buds, the less I can stand to use them. I hope this review makes sense. It's hard to differentiate between audio that comes from the speakers and the mechanical sound that travels along the wire as a vibration.

Overall Review: I will likely have to find a different pair of headphones. The only way I can stand to use these anymore is to sit motionless. Sorry. I have always loved Klipsch. But, I hate my headphones. I'm giving them 2 stars because they sound okay.

Cons: cord does tangle, but not that bad