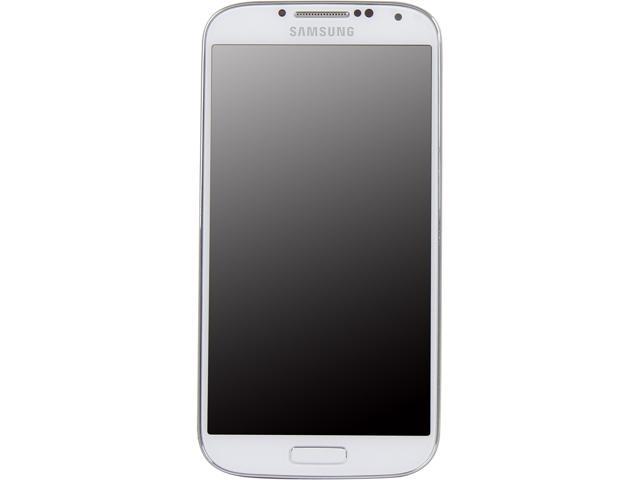 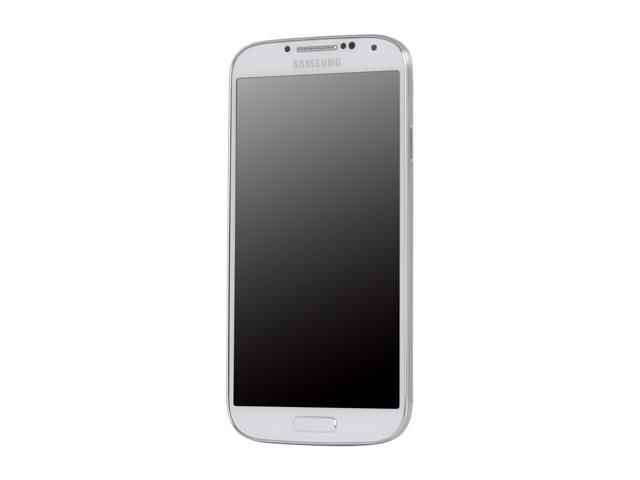 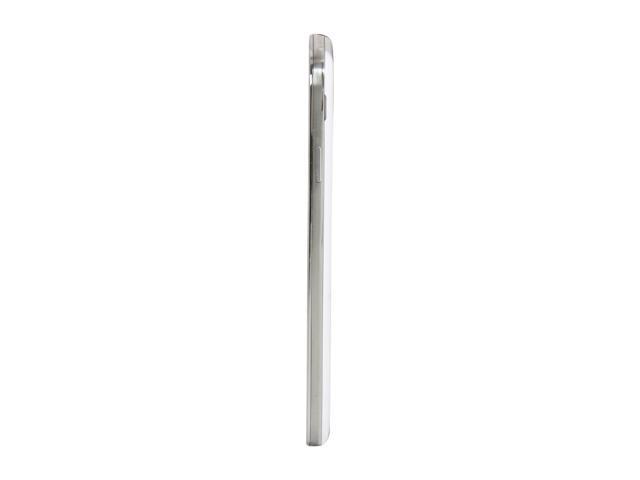 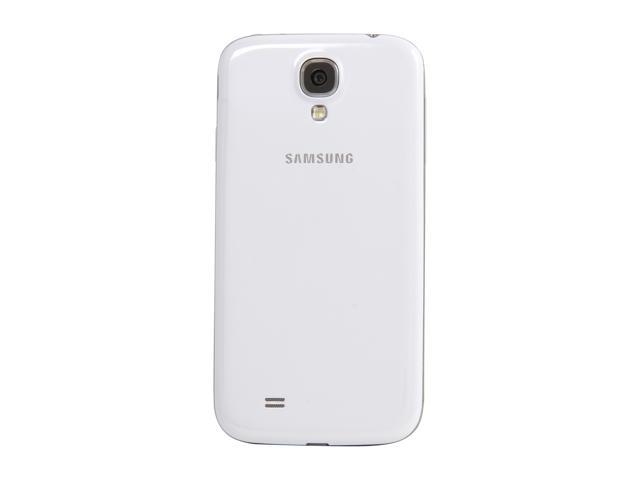 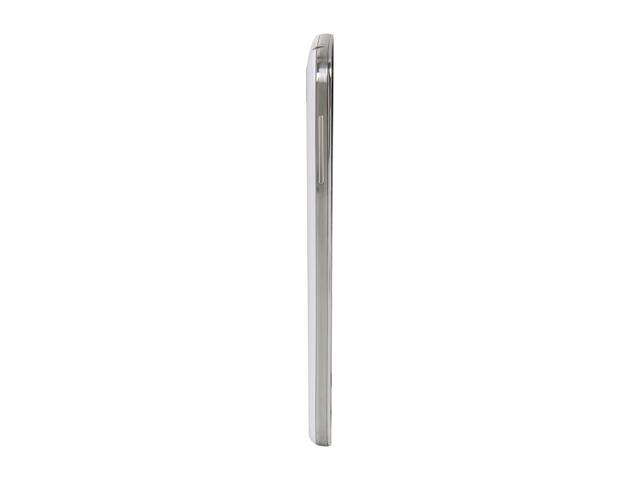 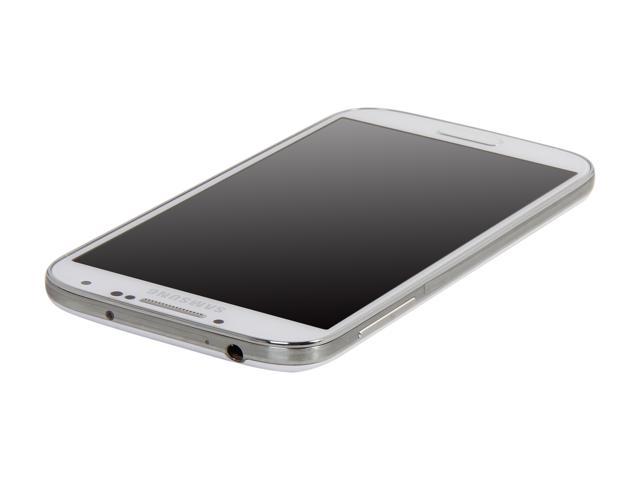 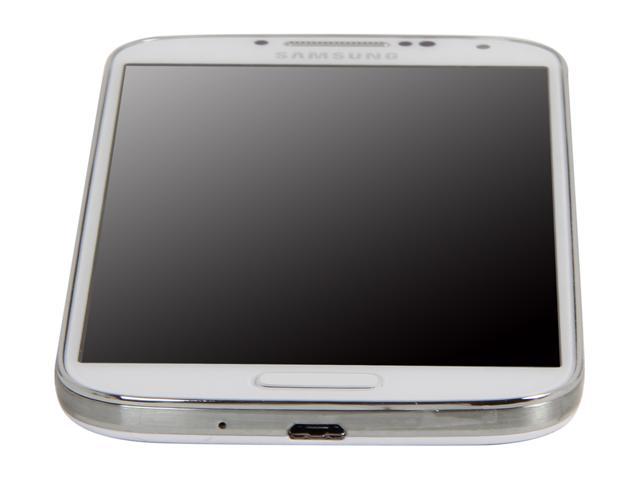 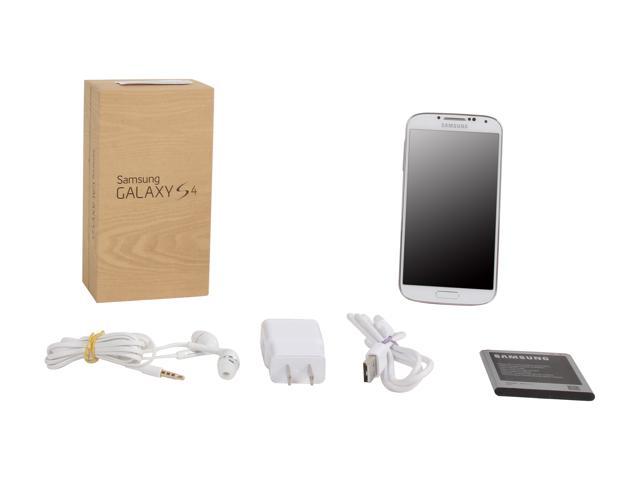 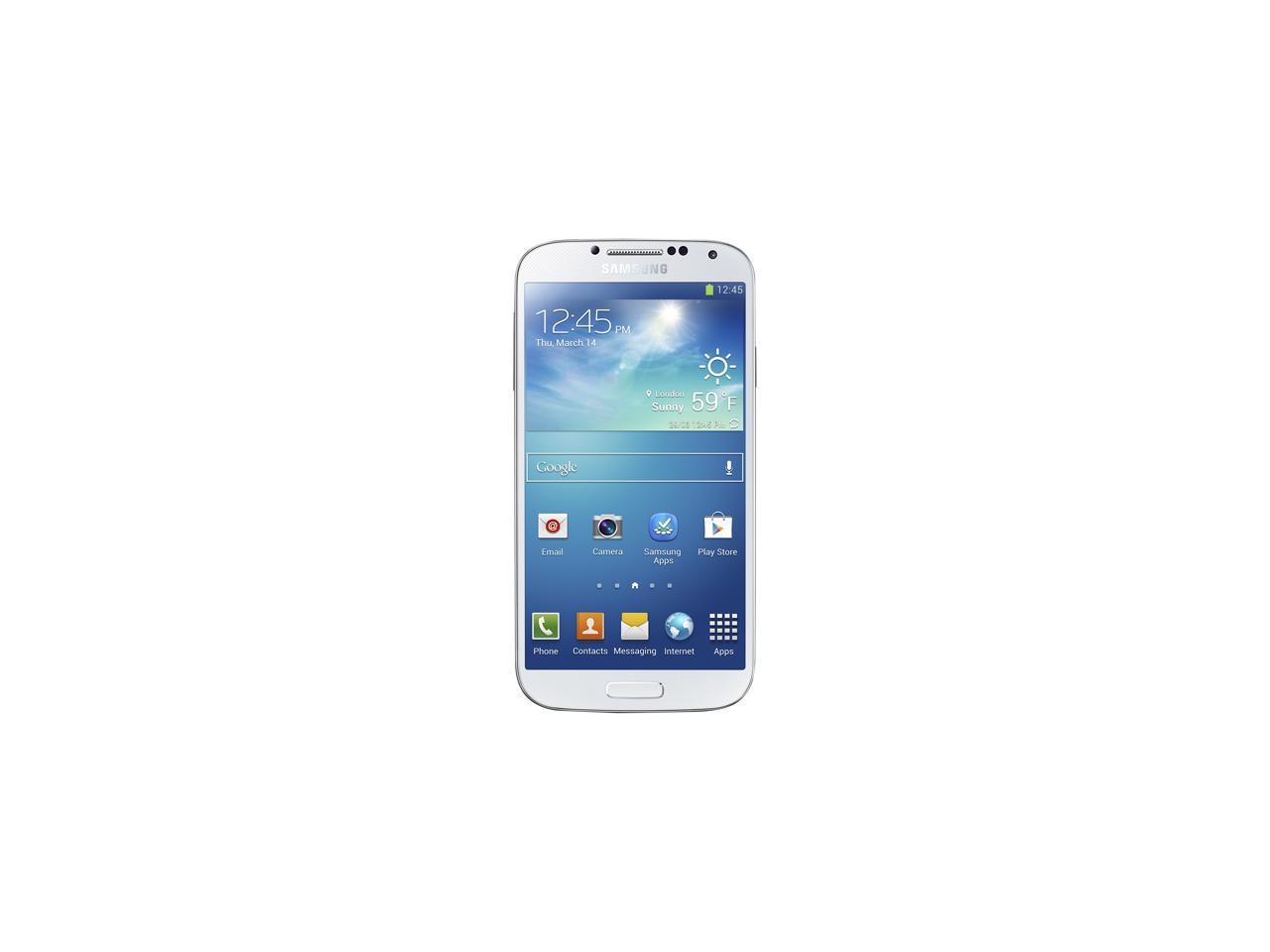 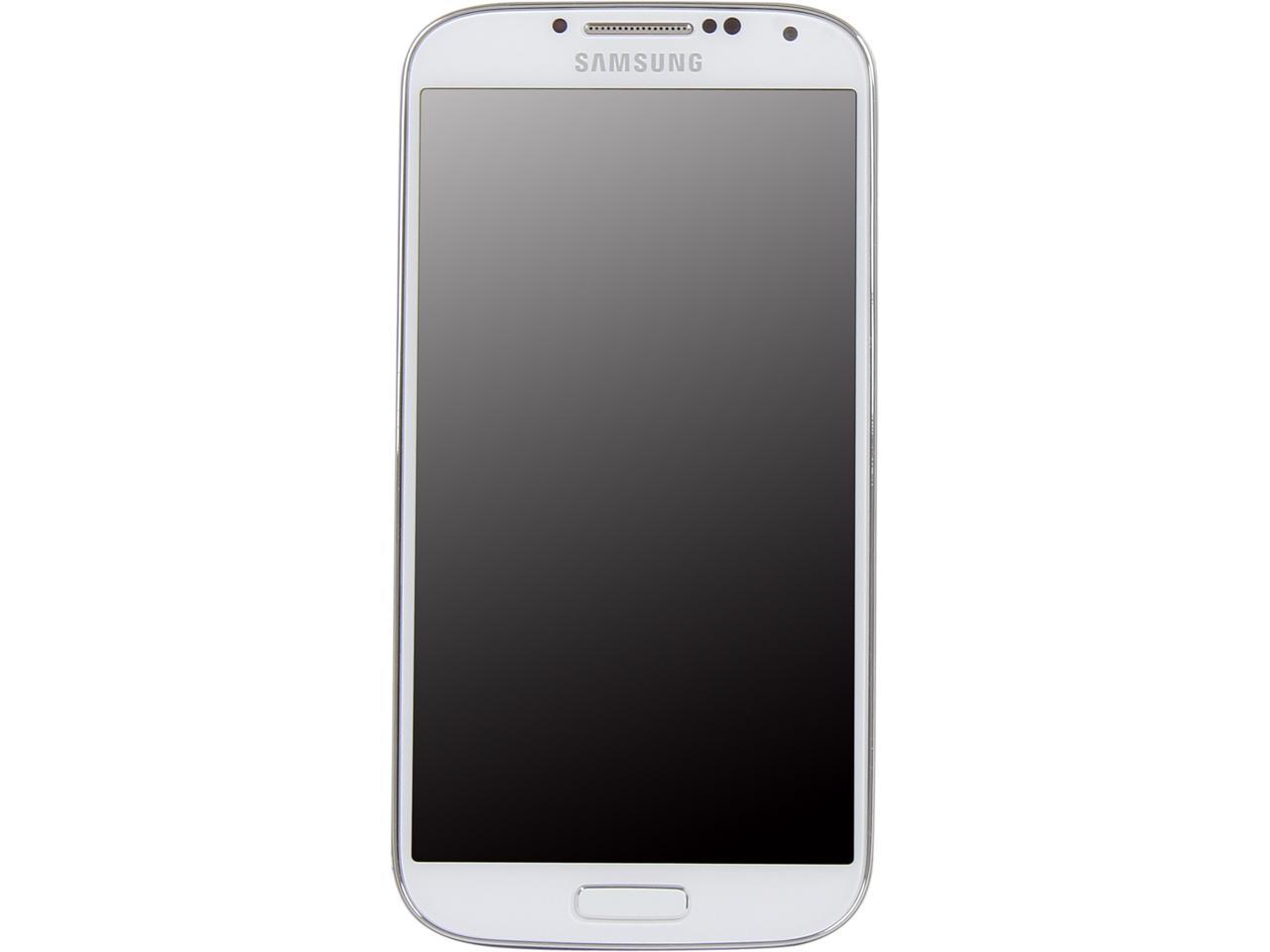 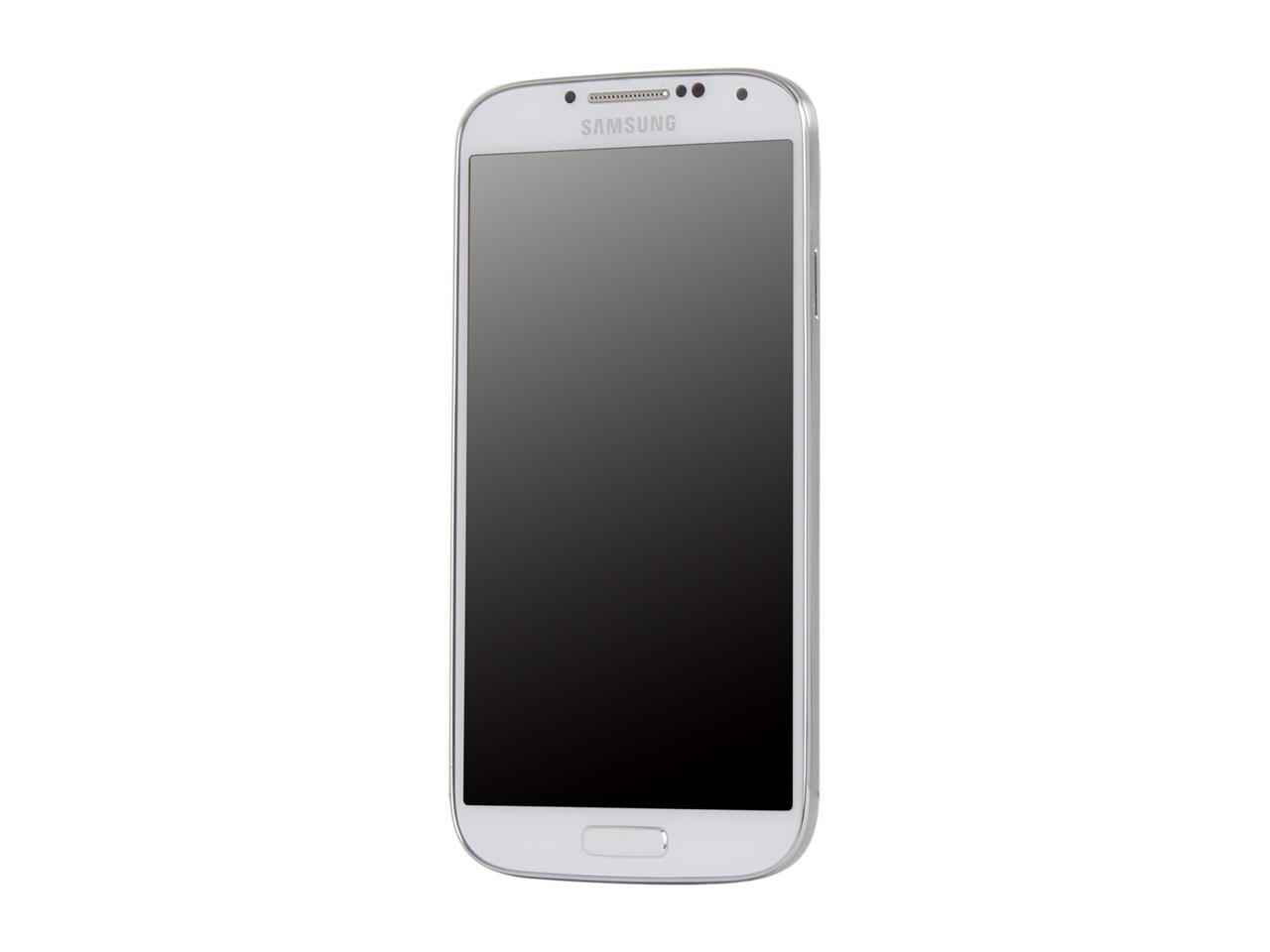 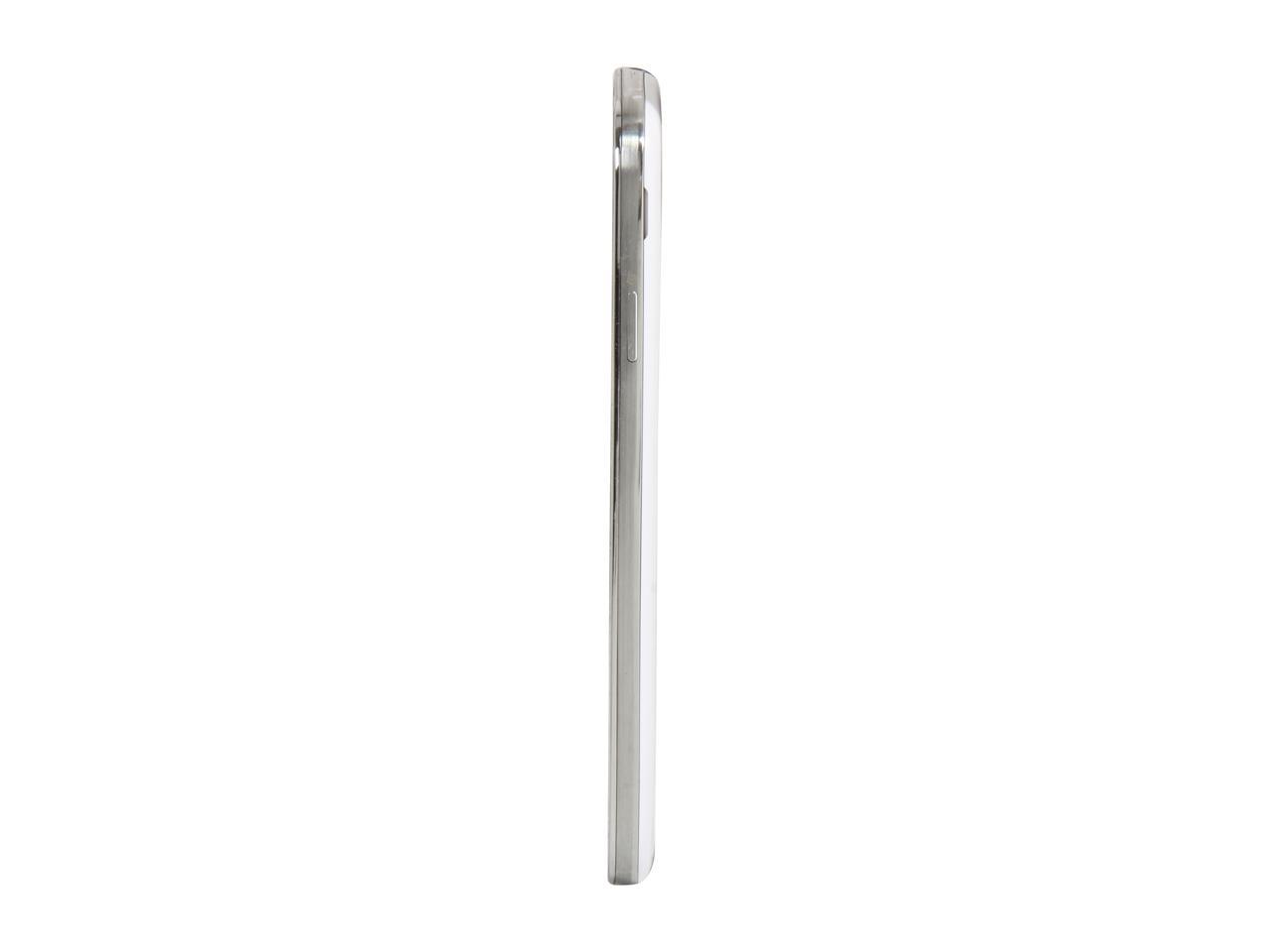 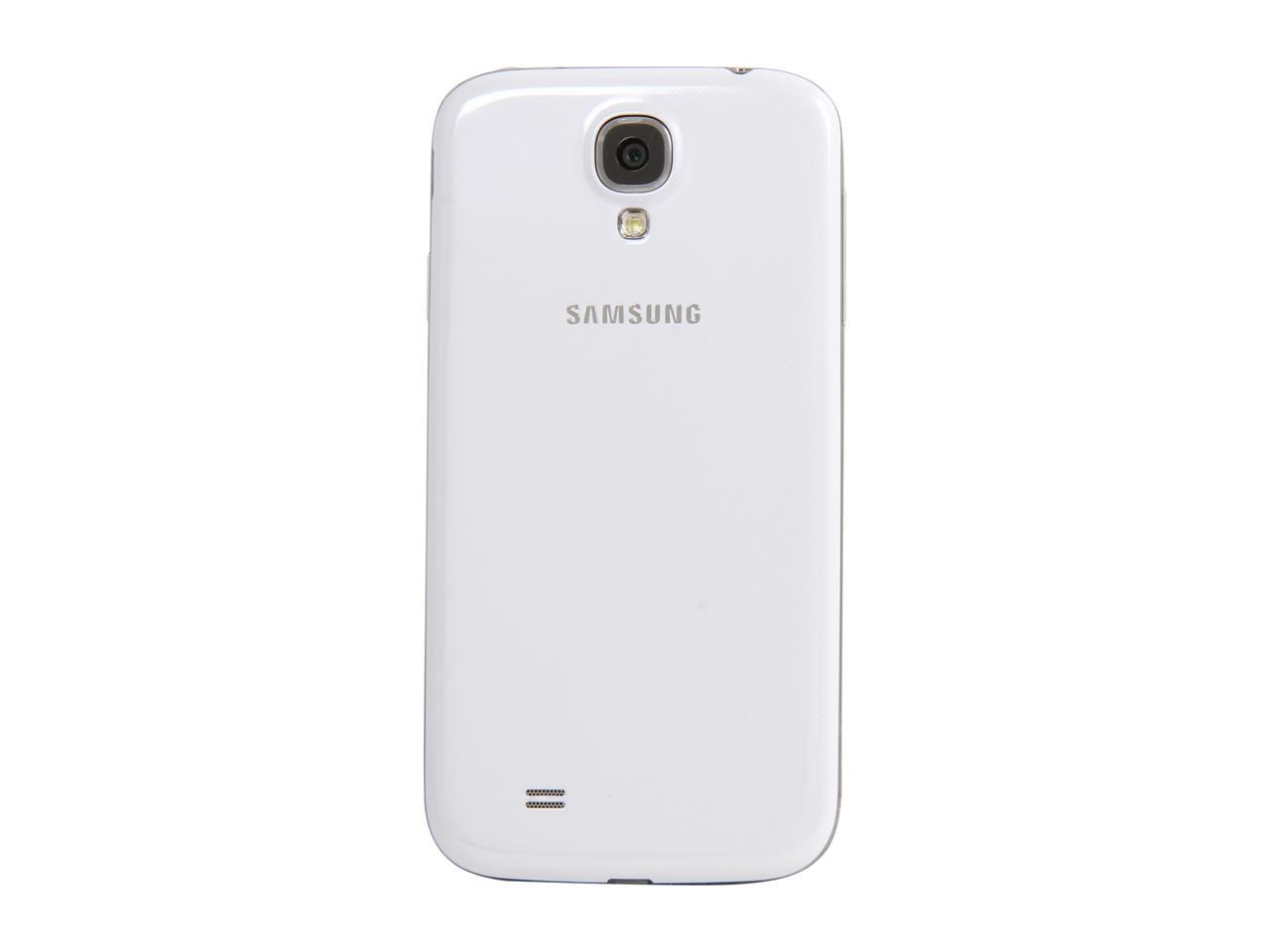 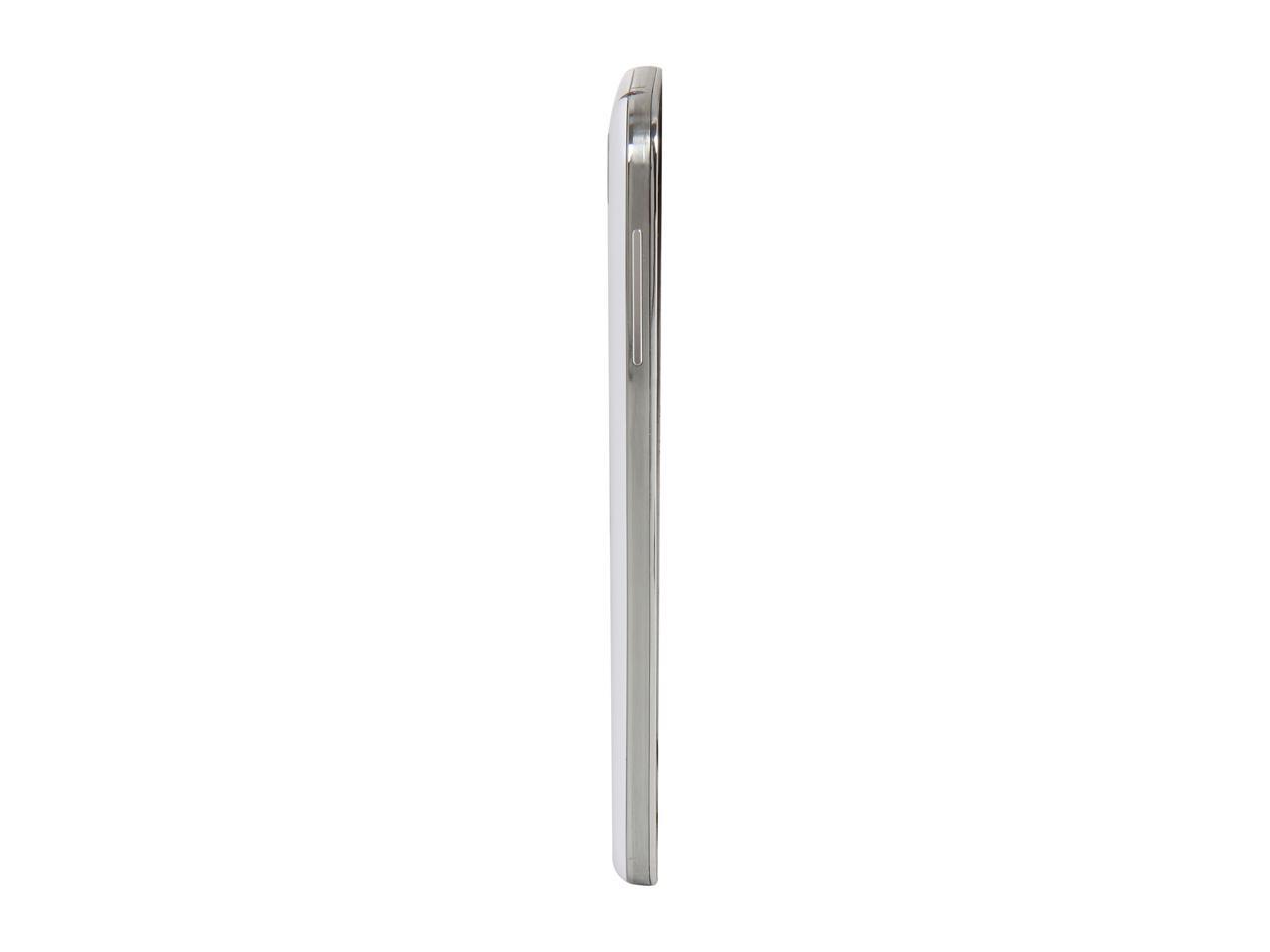 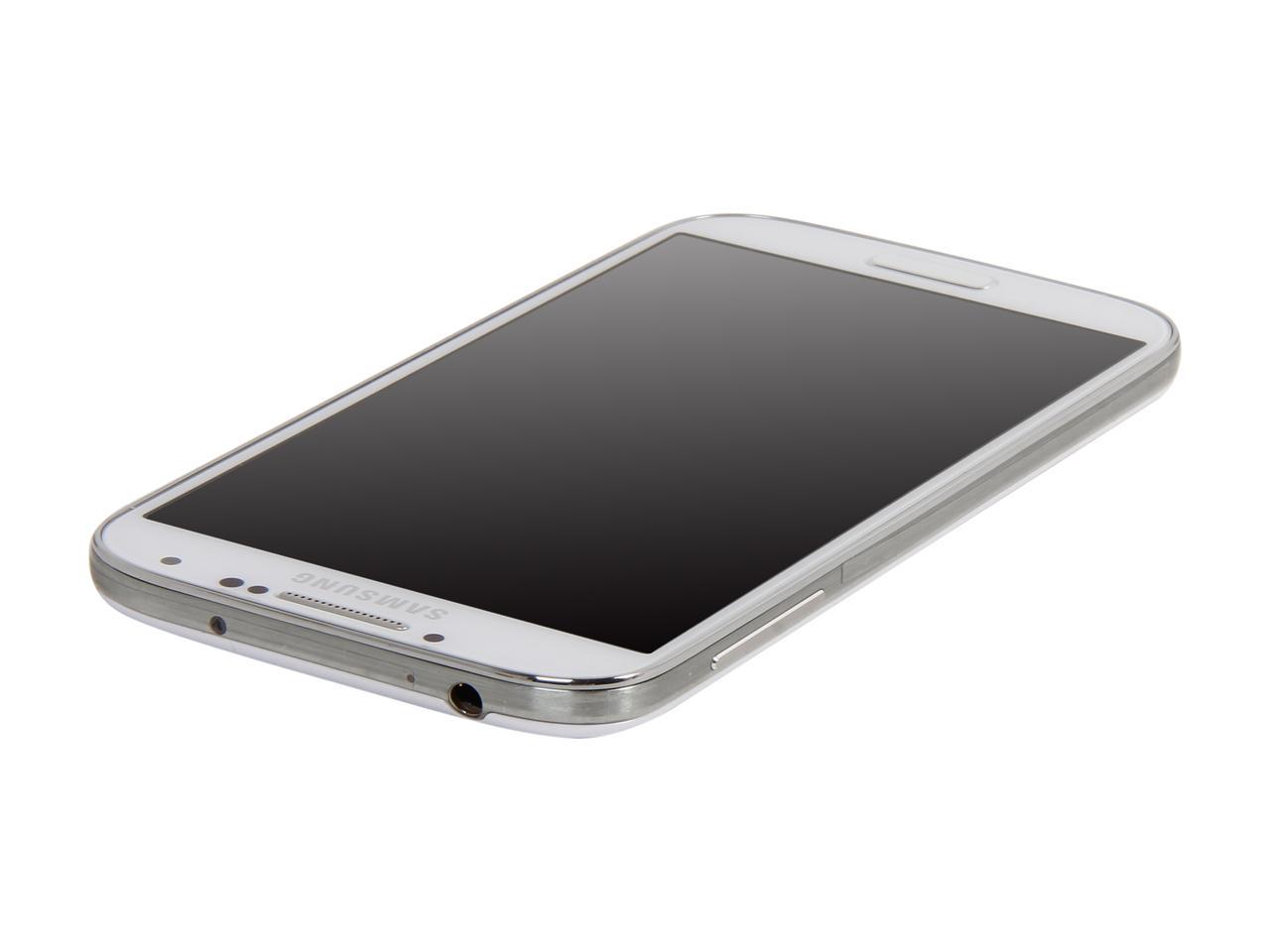 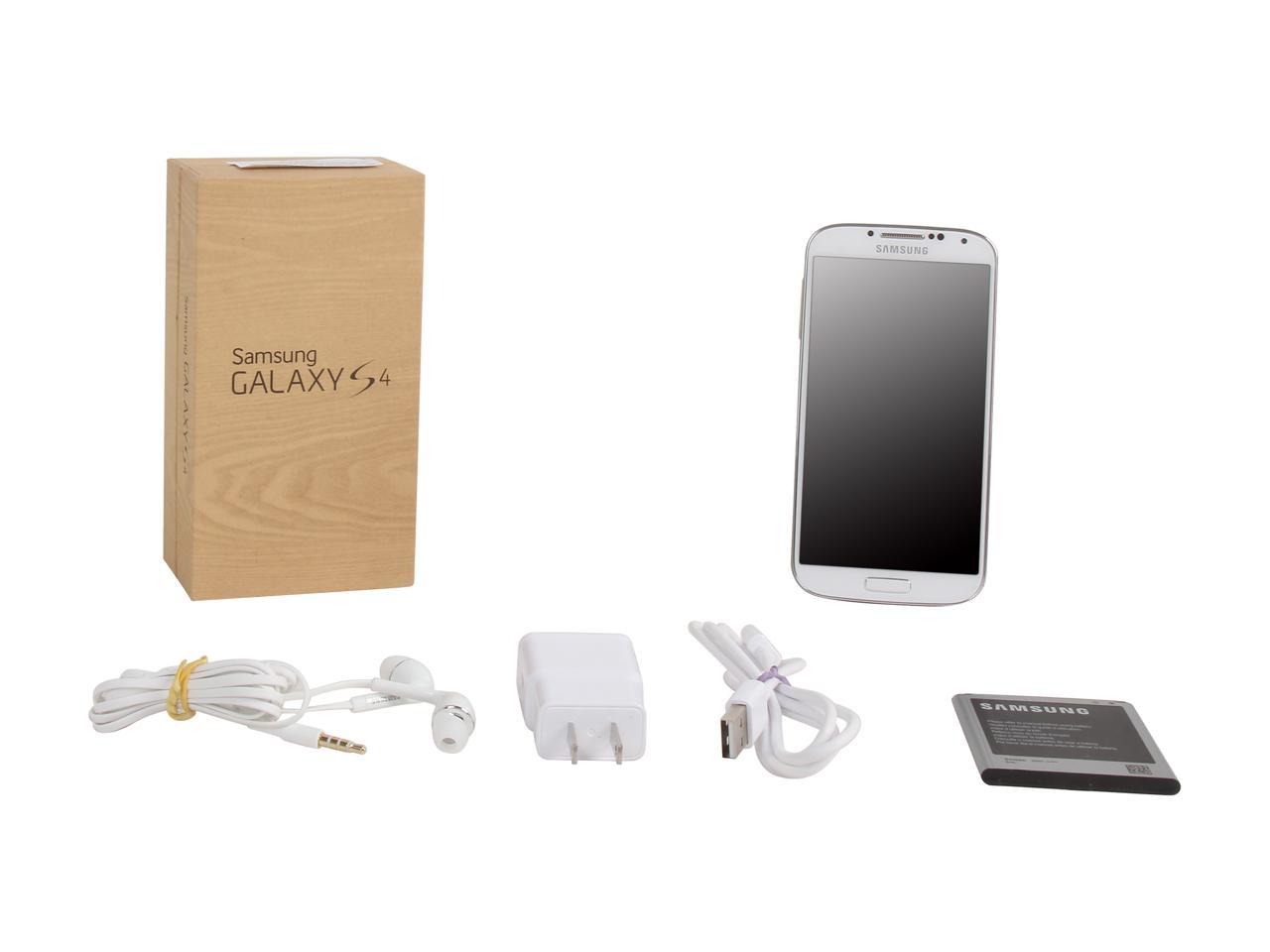 Capture every moment with Slow Motion video recording – no video editing tools necessary. Slow down or speed up all the action using the Galaxy S4 Slow Motion and Fast Motion camera modes. Simply choose your mode, select your speed and start recording. Experience a whole new way to interact with your smartphone. Wave your hand at the screen to accept calls with Air Gesture™, read content by tilting your head or phone with Smart Scroll™ and preview content by barely touching the screen with Air View™. Enhance videos with Smart Pause™, which pauses any video that's playing when you look away from your phone. When you look back at the screen, the video resumes playing right where you left off. It's easy to connect, work or play with the Galaxy S4. With Group Play, you can connect up to eight phones wirelessly to play games and share your favorite tunes, photos, and documents – no Wi-Fi necessary. Capture moments with the 13MP autofocus camera. Take simultaneous front and back photos with Dual Camera, edit them right on your phone with Eraser Shot and relive the memories in brilliant clarity with Story Album. View all your content on a stunning five-inch Full HD Super AMOLED™ display that's powered by a robust 1.9GHz quad-core processor – all in a light 0.29LB smartphone.

Learn more about the SAMSUNG I9500

Pros: It's fast and cheap for a S4. It's a bit faster than the GT-I9505 model. Screen is amazingly pretty to look at. It can oversaturate a lot of things but I like it. Camera is great for a phone and flash doubles as a light with a widget, useful. the pattern on the plastic is nice. The shape is nice and it has a very large screen for the overall size. It's fast, faster than most phone I've seen.

Cons: Here's the bad part. The GT-I9500 is a battery hog. I get 3-4 hours of sustained use and maybe 18 hours at idle with an antivirus on. I would recommend the I9505 if it's around the same price. air gestures are alright but aren't really as useful as I would like. Doesn't sit flat without a case as the camera sticks out from the phone. This phone gets warm... It's a pretty good measure of your battery life essentially jumping off a cliff. Bloatware... This phone has a bit but most tie in with the sensors on the phone, not a bad as one through a service provider, but it still, some ore just not useful at all.

Overall Review: I personally like the plastic, it makes this phone light and easy to switch our batteries and micro SD cards. It is overall a good phone so I will give it 5 stars, not too sad I didn't wait for the Galaxy S5 over this.

Pros: I actually bought this for my mother-in-law because she needed another phone. I currently use a Samsung Galaxy Note II, but I did have some time with this phone. This phone is a great phone for someone who is ready to get them up to day on their cell phone technology. For those who have an SG III or anything similar in specs, I would save your money. The phone is a great phone but is not worth the money unless you just have to have the latest and greatest phone.

Cons: Even though this is an SG IV, there are so many different versions from Samsung now that this phone is not that special anymore. Samsung just keeps flooding the market seems like they are losing their magic.

Pros: Battery life improved over Galaxy S3, lot of other features! Very thin, and bigger screen in the same size chassis. I have no problems with this phone.

Cons: Plastic back squeaked when I first got it. There is a lot of stuff that Samsung installed that is very intuitive, but I just won't use it that much. Its also not a true quad core. This isn't a con, its still blazing fast. There are two quad cores in the phone. One is lower in power end power consumption, and the other quad will kick in when you need it.

Overall Review: To the user below, you obviously don't know what you are talking about. I have the Lumia 920, and now the S4. Battery life on the galaxy is much improved, and is better than the 920. With the 920 with moderate usage, I got about 12 Jr's. With the S4, I got about two more hours. Plus, if the battery is not up to snuff, guess what? Get a bigger battery! Oh wow, so hard! Anyone that complains about the bloatware, just root it and install a different Rom. Samsung has some of the easiest phones to unlock. Its simple, takes lures than an hour, and makes your phone insanely intuitive and powerful. As for the CPU, I don't see it as a con. It works great, and is more than enough power. Now, the build quality itself. If it is a con for you that it is plastic, then get your priorities straight. Its cheaper to make, and allows you to add a bigger battery, more memory, and much easier to repair. If those are Cons, maybe you should go to crapple. Not saying the HTC one is bad, but it lacks removable battery and an SD slot, which are both Cons in my book.

Cons: software is a messy, too many useless functions

Overall Review: the display just suddenly went dark at all, still functional but no display. I don't know if I can replace one or return it.

Cons: This phone turns off and on by itself, Samung wont give support as the product is not US origin, phone gets hot while charging. the charger is not having US plug.

Overall Review: I paid $580 for a phone which I can use when i need, I trusted these people, that they will give me a good genuine product. but I was wrong. I shouldn't buy it.