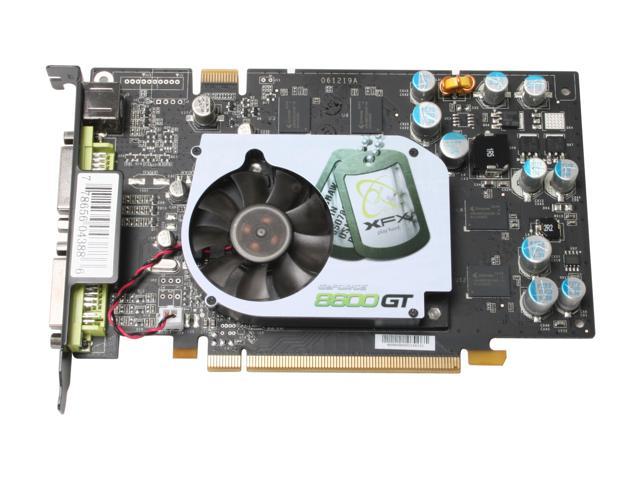 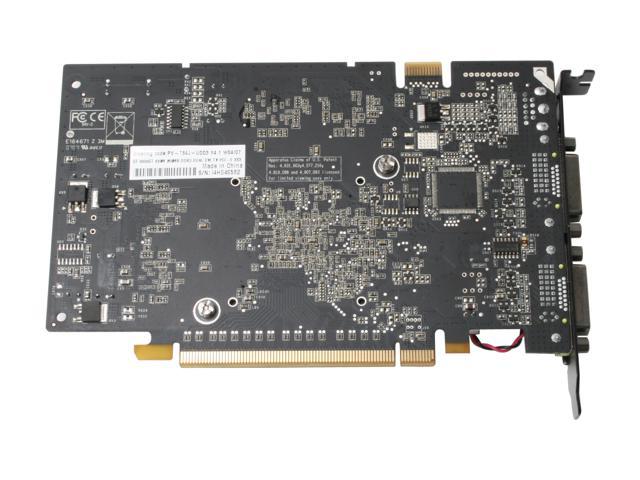 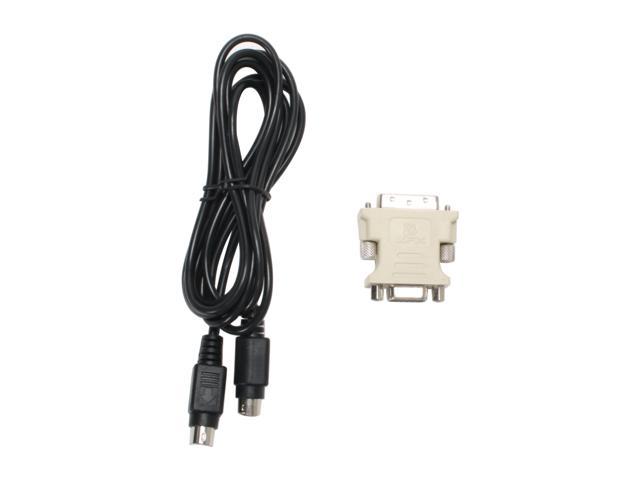 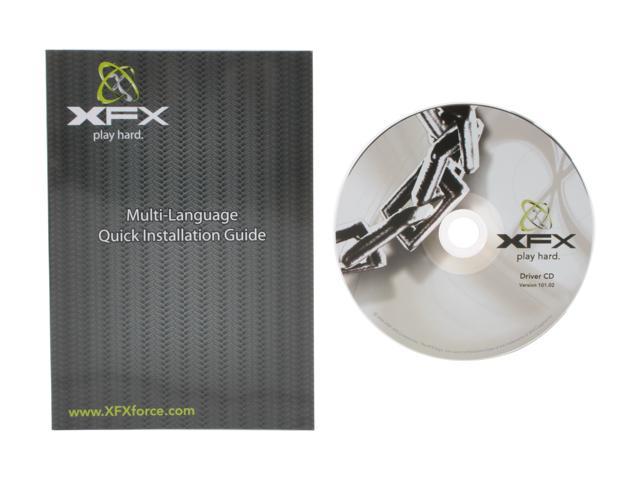 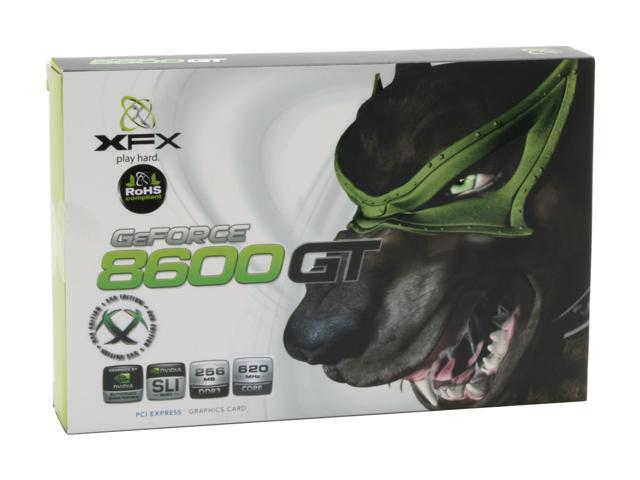 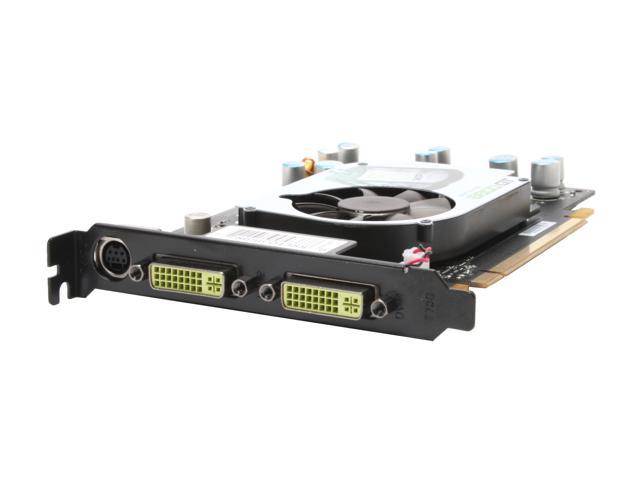 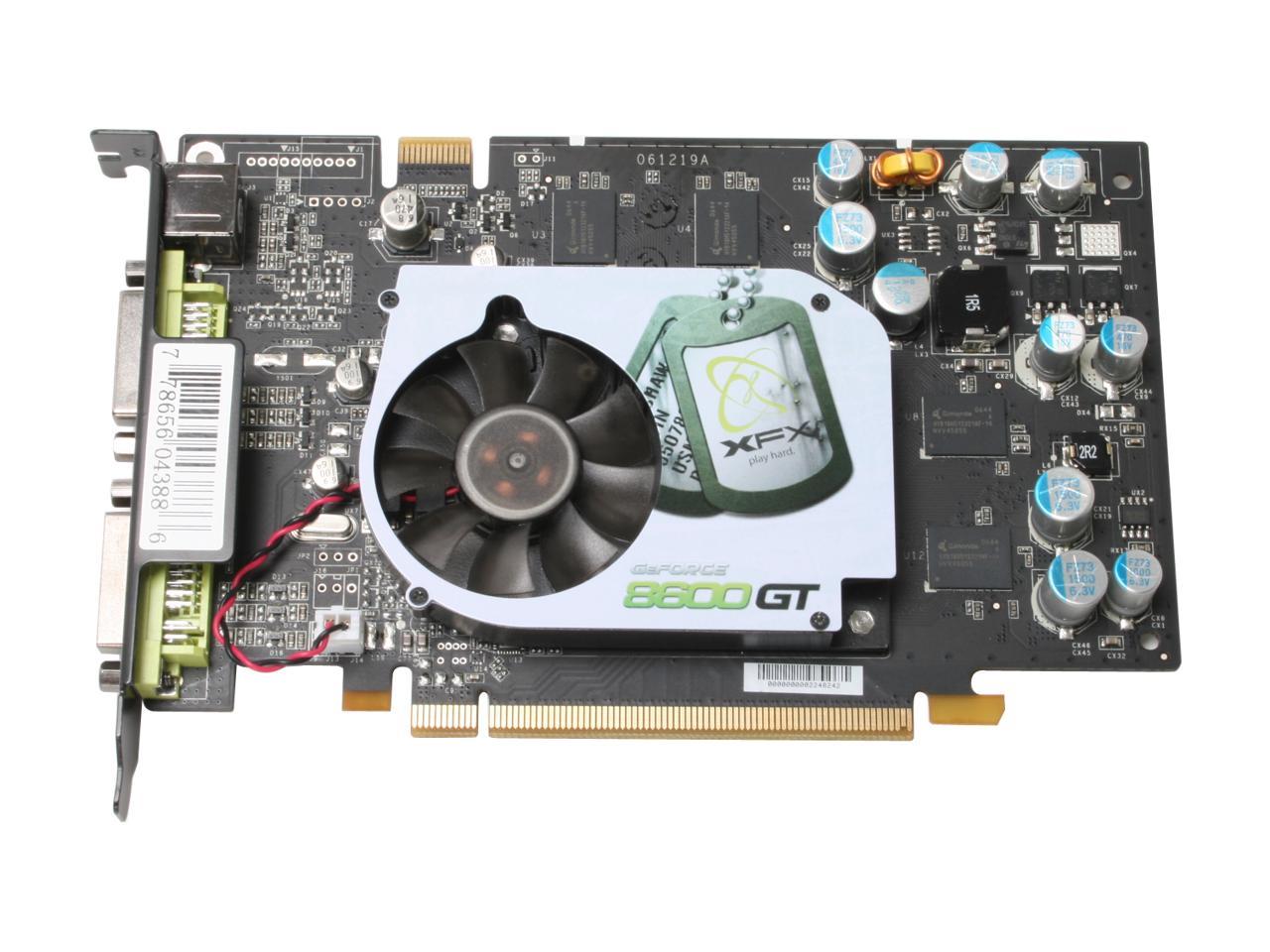 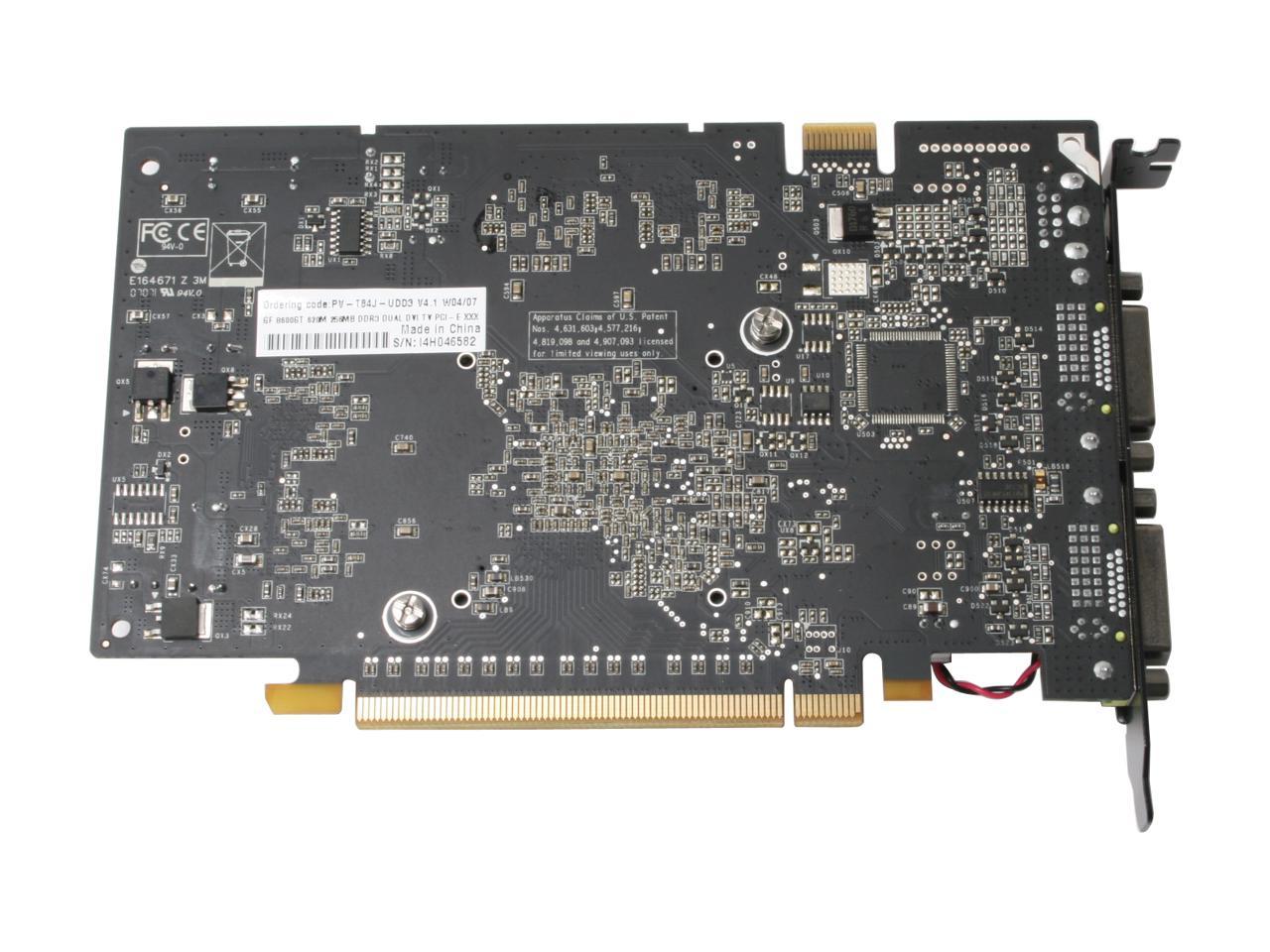 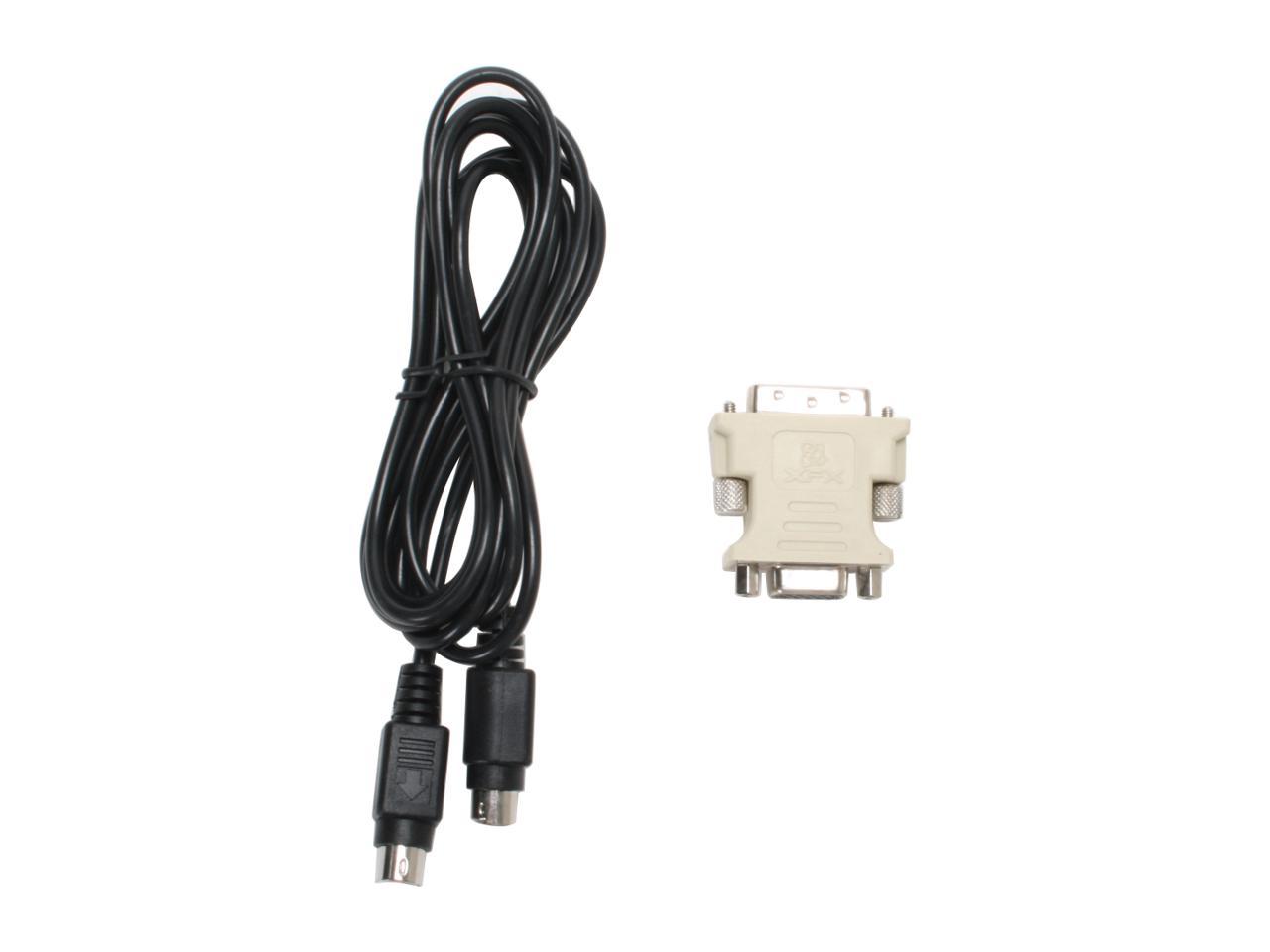 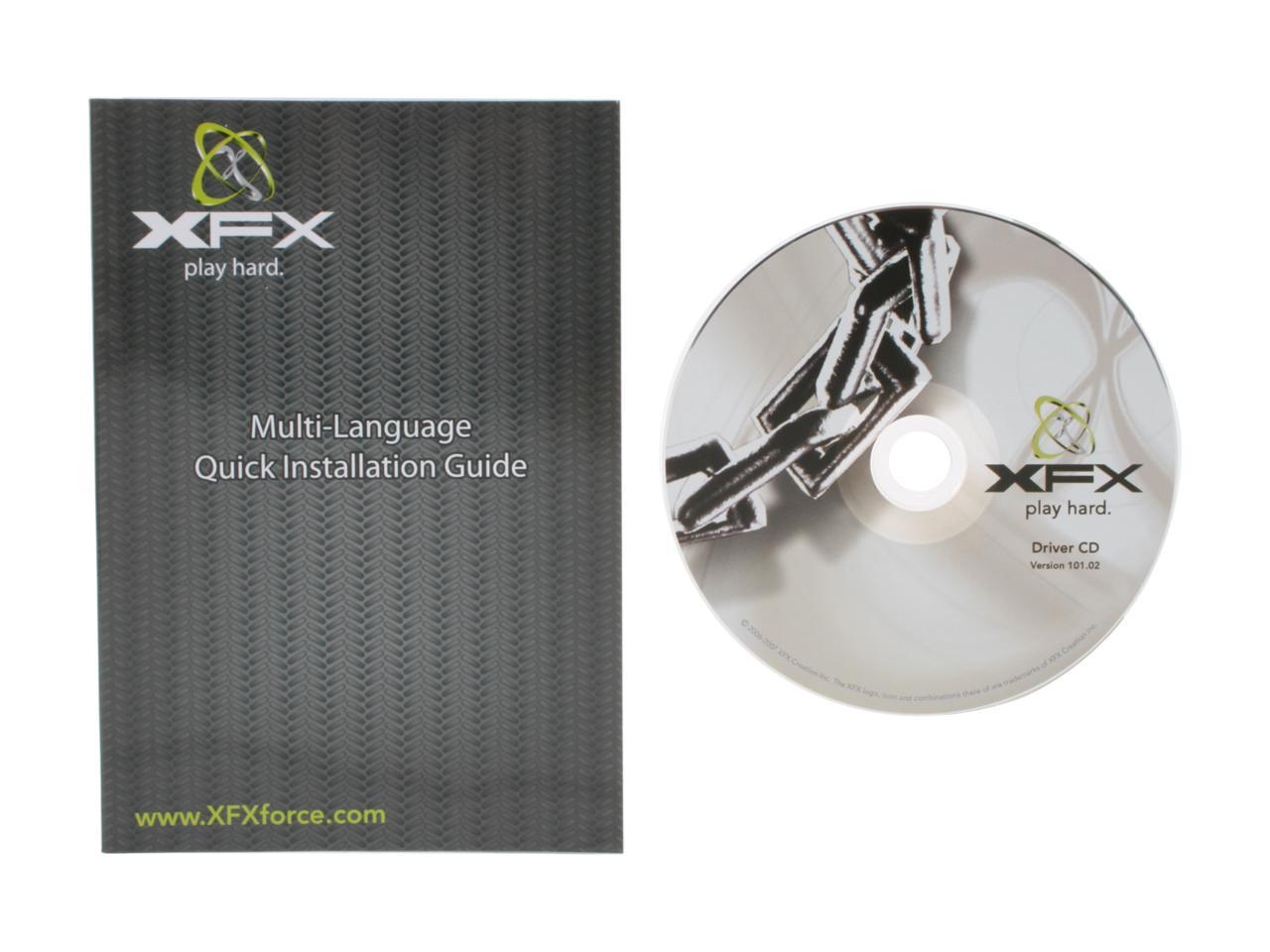 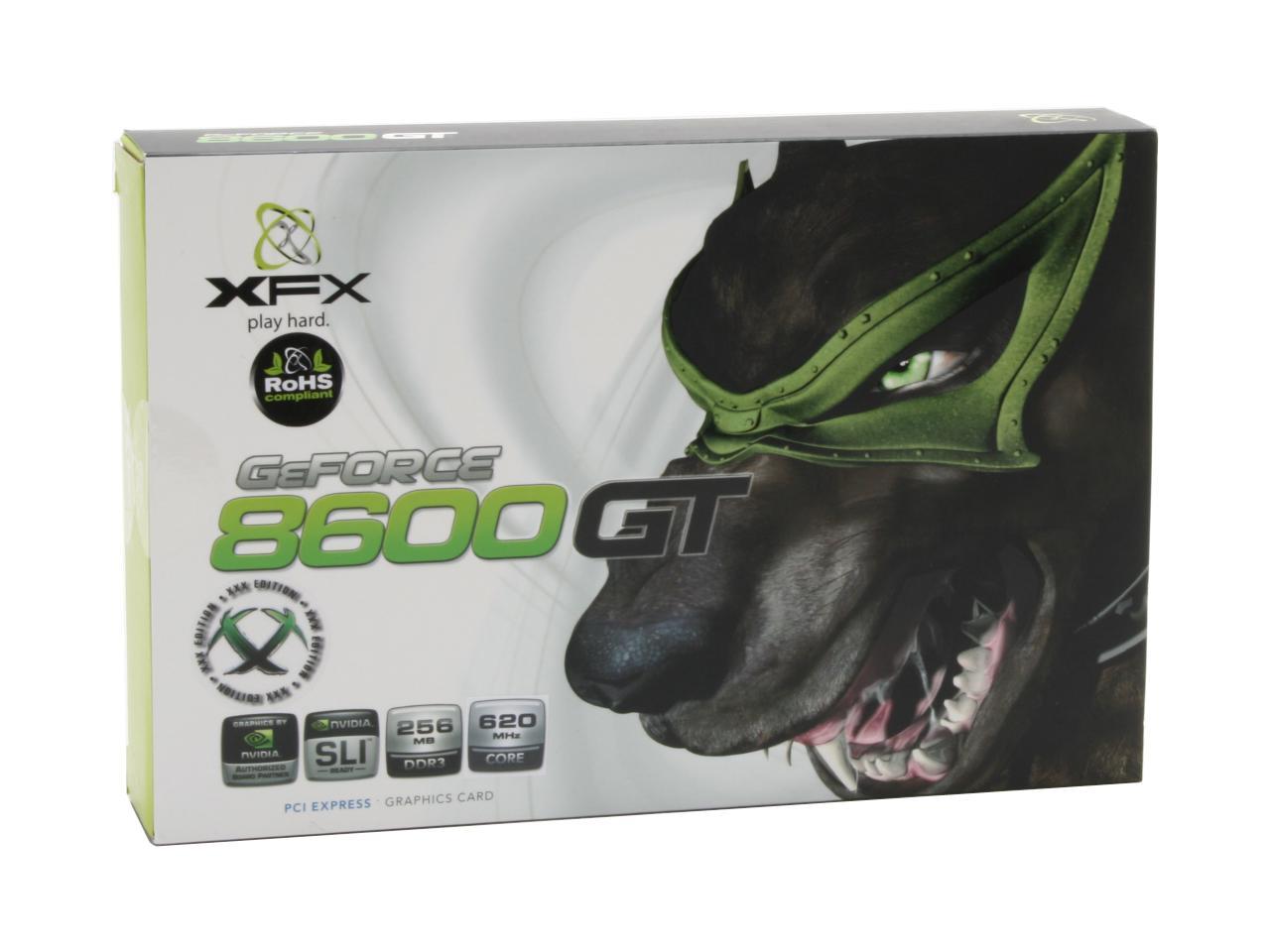 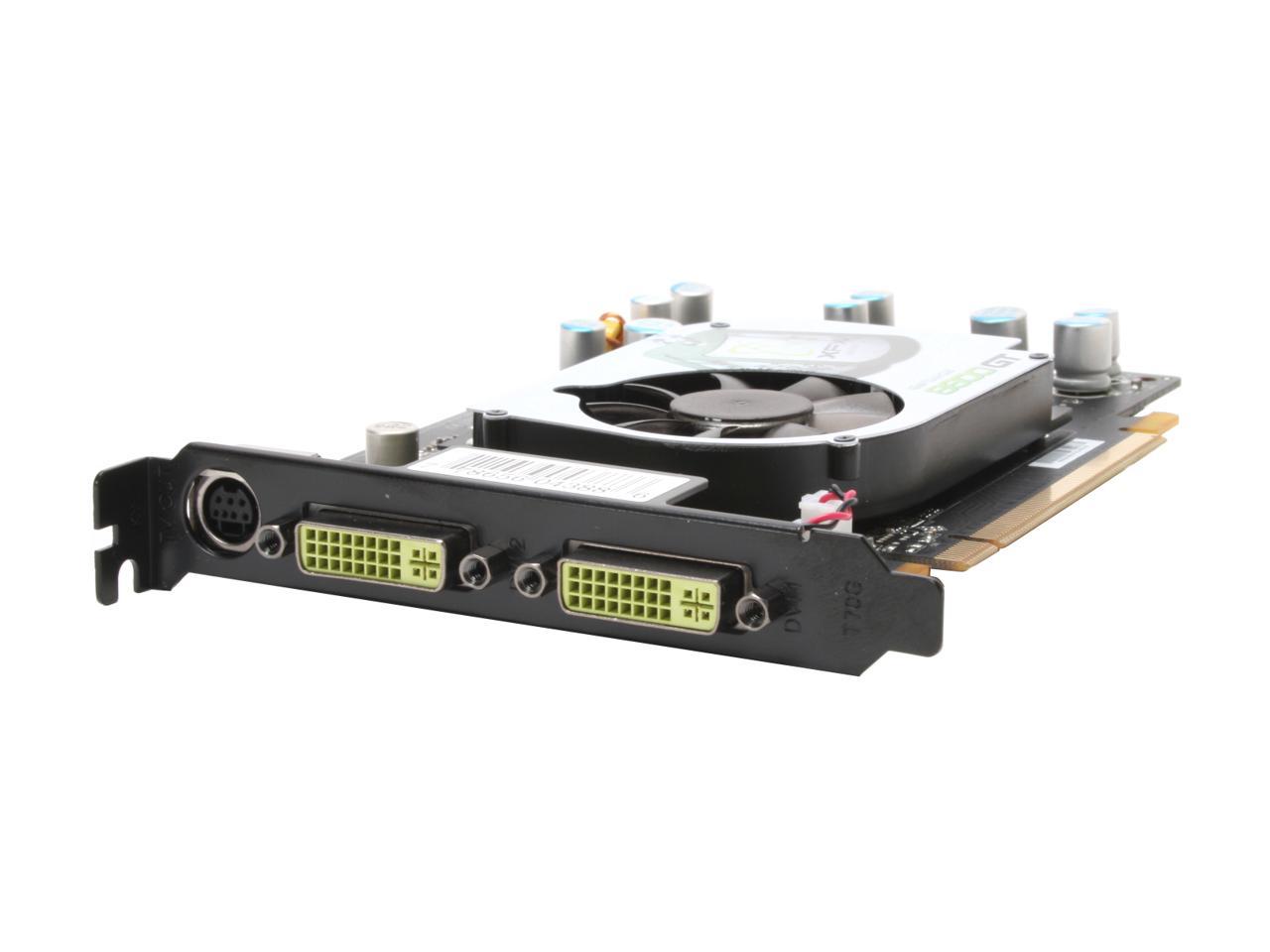 (995) Write a Review
OUT OF STOCK.
Overview
Specs
Reviews
NVIDIA's fourth-generation GPU architecture built for Windows Vista gives users the best possible experience with the Windows Aero 3D graphical user interface. The 8600 GT has a blazing core clock speed of 620 MHz and a 1600 MHz memory clock give you the speed you need. State-of-the-art SLI technology delivers up to 2x the performance of a single GPU configuration for unparalleled gaming experiences by allowing two graphics cards to run in parallel.
It ensures top-notch compatibility and performance for all OpenGL applications. NVIDIA® nView® Multi-display Advanced technology provides the ultimate in viewing flexibility and control for multiple monitors. It also features the latest advanced technologies including GigaThread™ Technology, which, through a massively multi-threaded architecture creates thousands of independent, simultaneous threads, providing extreme processing efficiency for advanced, next generation shader programs.
Additionally, This amazing unit supports Quantum Effects™ Technology, enabling a new level of physics effects to be simulated and rendered on the GPU as well as support for NVIDIA's Lumenex™ engine, which introduces 16x Anti-aliasing and 128-bit floating point High-Dynamic-Range (HDR) rendering for the most realistic lighting effects.

Learn more about the XFX PVT84JUDD3

Pros: Small Card, Silent Fan and a vast improvement over my last card. Installed in 2 minutes no issues runs great and fast. Its not a 8800 but it wasn't suppose to be. If you're moving up and want a decent card for the price go for it.

Cons: None at this point. All is well.

Overall Review: Being I actually own this card not like the other 4 people that posted here. I would suggest they purchase it and run it before they pass judgement on it. All in all running fine on XP, 2.8 media unit. Runs all of my dx9 games at a great frame rates including BF2, 2142 and COH.

Pros: This card is equivalent or better than my previous card which was a XFX 7900GS. In Counter-Strike: Source I now get 135 FPS at stock with 4x MSAA and 8X anisotropic filtering. The 7900GS at these same settings got 110 FPS. With overclocking to 710Mhz I receive 140 FPS on the same settings, the 7900GS overclocking from 450mhz stock to 570mhz performed just over what this card did at 145 FPS. More impressively, in FEAR: Combat I can now turn on everything maxed out including soft shadows and lighting and experience only slight lag during intense combat. If those two settings are turned to medium, and everything else on max, it runs flawlessly. The 7900GS was barely playable with the lighting and soft shadows on medium. Definitely an improvement over my last card, and

Cons: The current drivers are good, but not quality. This is also a pro since performance will, at least it has in the past, improve as the drivers improve. 128 bit memory is sad, but the card makes up for it in performance. 3DMark06 Results Stock Speeds 7900GS + System = 4200~ 8600GT + System = 4955 I have not successfully tested 3dMark06 with overclocked settings. A likely driver problem is causing it to crash part way through.

Pros: This video card was purchased after extensive online research and reading reviews of similarly competing video card products. XFX easily won my $$ due to their excellent customer support, 2x lifetime guarantee and reasonable price. While this is NOT an 8800 it is very good for what it does thus the high marks. Command & Conquer 3 graphics are outrageous, Age of Empires III, Supreme Commander, everything is awesome with all options turned up high. This card comes out of the box over-clocked and has remarkable thermal tolerance when OC is increased by the user, especially when combined with an after market heatsink. Do not waste your $$ on the GTS version. This performs better and the slightly higher benchmarks are not worth the cost.

Cons: The only thing that prevents me from assigning a 5 for excellent is the stock heatsink fan. Noticably louder than even my SFF case PSU fan. Not terribly noisy at all but given I'm going for total silence any sound is an irritant. Do not let that dissuade you from buying this card. Appreciably better than anything ATI has currently for this price point, but if you are a hard core gamer and $$ is no object, don't hesitate to get the 8800.

Pros: Wow. Blew my socks off. Turned up everything to full: NFS:Carbon, Test Drive Unlimited, BF2142, DIRT demo (game comes out next week). DIRT had the gall to actually "recommend" a 8800 video card in their specs. gimme a break! well...I recommend everyone drive a Porsche, but hey! Upgraded from 6600 (non-GT). First time in all my 20 years of PC gaming (yes, I'm over 40) that I was blown away by a video card upgrade. Runs cool, 8600 doesn't require extra power, runs off the slot (that was a big seller for me).

Cons: NONE, for a change.

Pros: Awesome, I have had this for a few weeks now and think it's definitely worth the money (of course newegg has it the cheapest). I wish I would have gotten 2 but at the time there wasn't a good patch to fix the SLI problems with 64bit Vista Ultimate. Nvidia release a new patch that should make it run better but I haven't heard anyone say anything about it yet.

Pros: This is a great performing video card for the cost. I can run games like HL2 and Lost Planet on the highest video settings without scarifying performance with this baby. My 3dmark06 score was 5094 with this video card and my AMD X2 5200+ processor. All the video tests ran smoothly without any lag.

Overall Review: Yeah you could get an 8800 series card for twice the cost and thrice the performance, but this 8600GT is definitely a great performing video card for the price. Also make sure to download the latest drivers from Nvidia or XFX’s website.

Pros: Runs almost any game @max settings, but runs comfortably with good Fps @medium settings. Not to hot, they stay pretty cool most of the time only ever really get hot under hard game play for more then 2 hours.

Cons: Driver support for vista is not yet... perfected.

Pros: This card is great. Awesome bang for the buck. Its really quiet, I don't understand why people say its loud. I mean I can barely hear it running and yes the fan is working. Great speeds and I haven't even overclocked it yet. It also stays pretty cool. Plus a free copy of Company of Heroes so thats great.

Cons: Really none at all. Its a great price for a great card. I wouldn't recommend running them in SLI though. Won't be as fast as an 8800gt and it'll cost more. Great card to run single though!

Overall Review: Newegg are awesome with shipping as always.

12 out of 13 people found this review helpful. Did you?