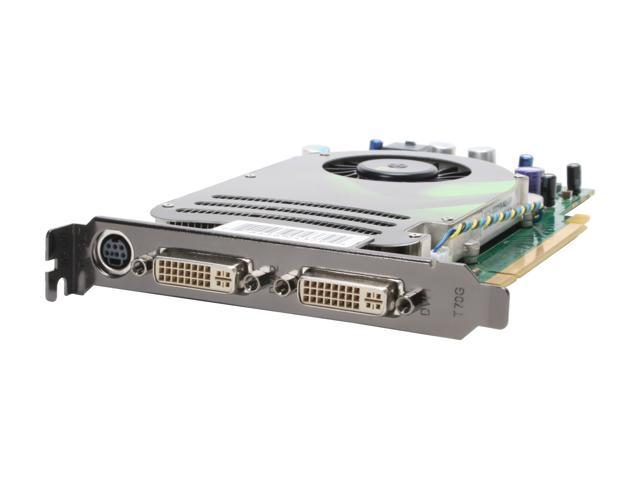 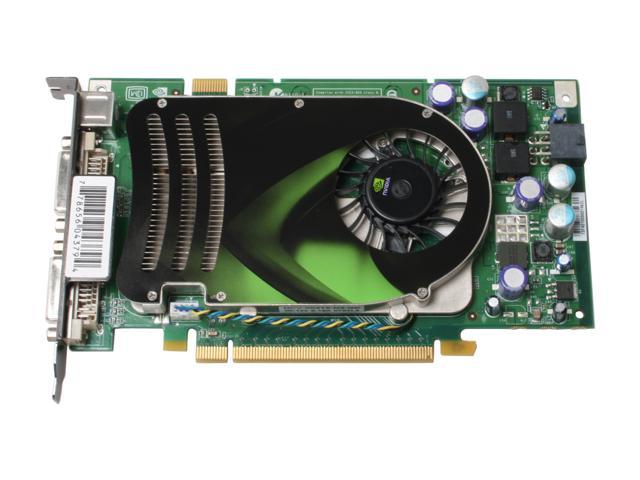 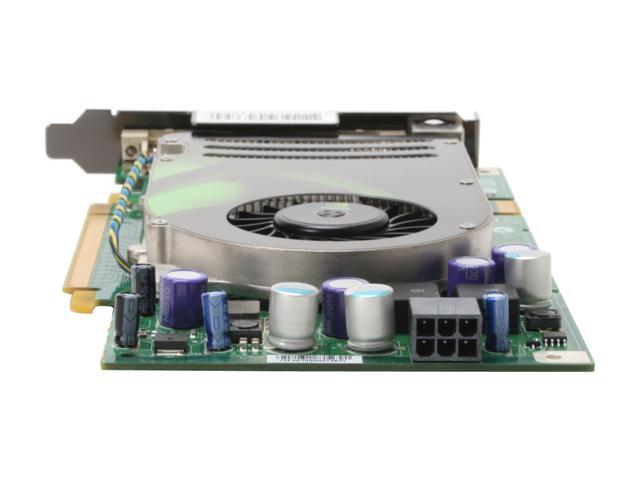 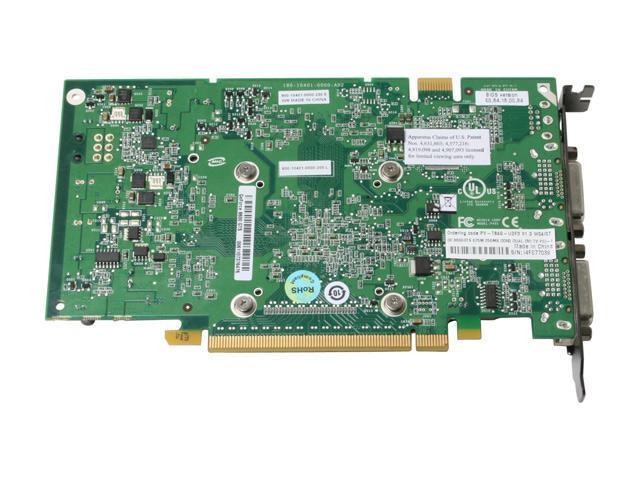 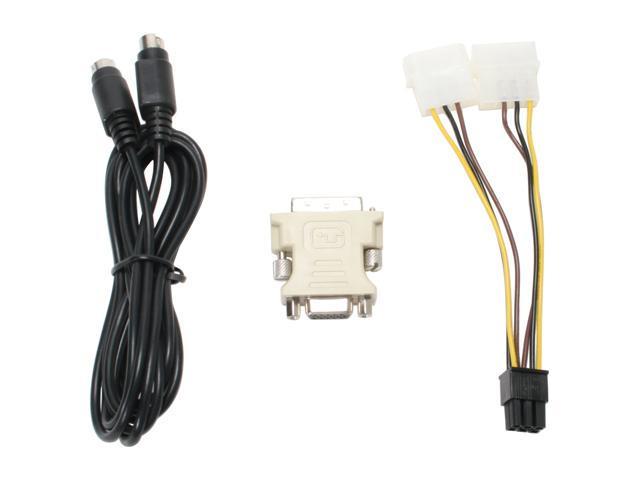 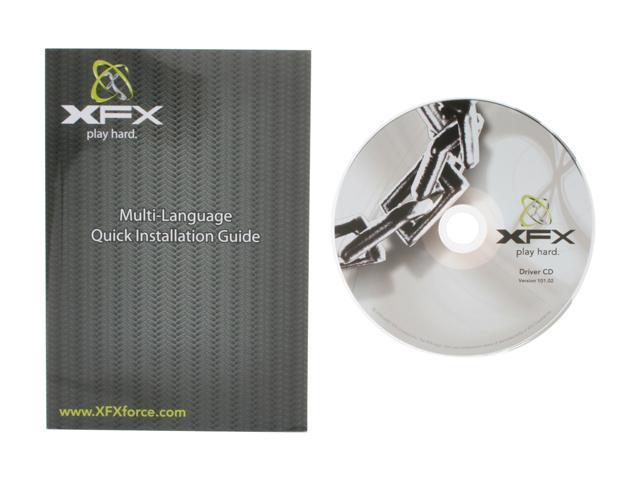 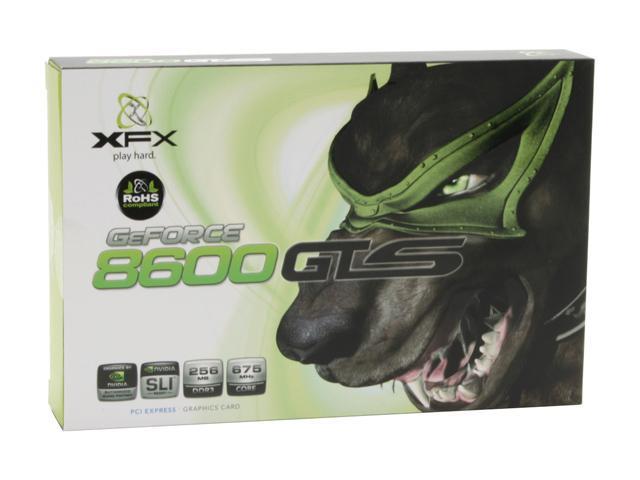 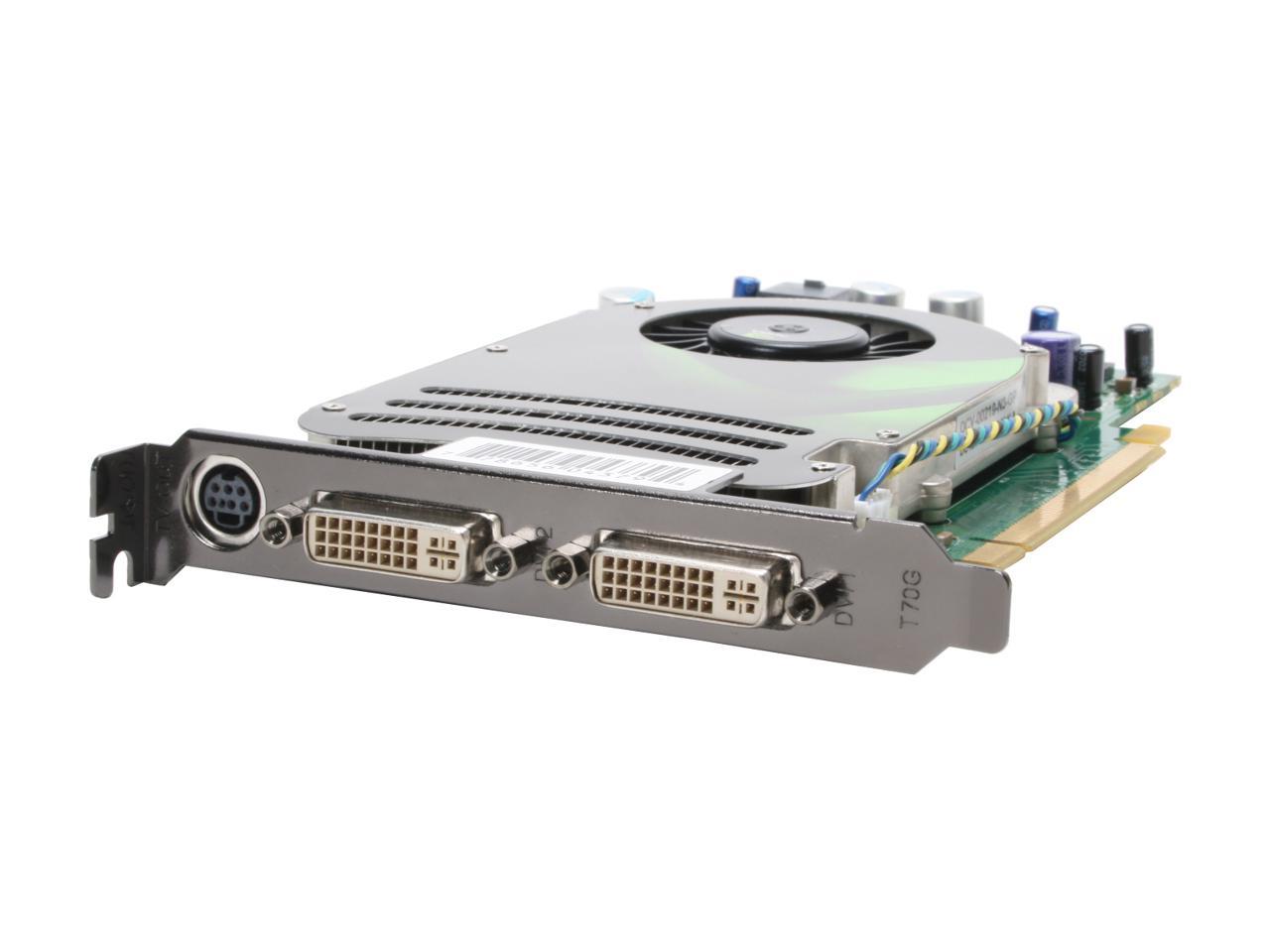 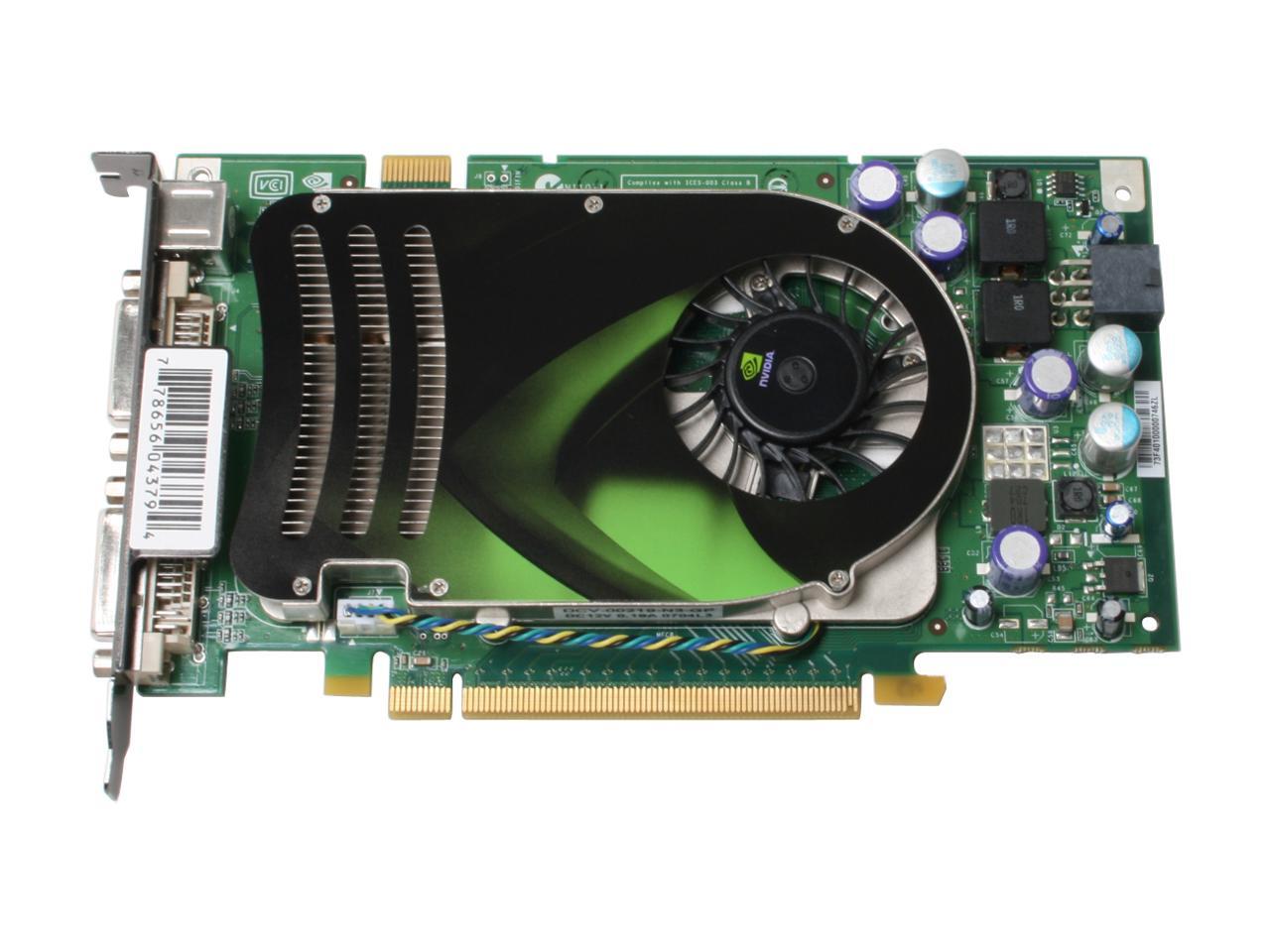 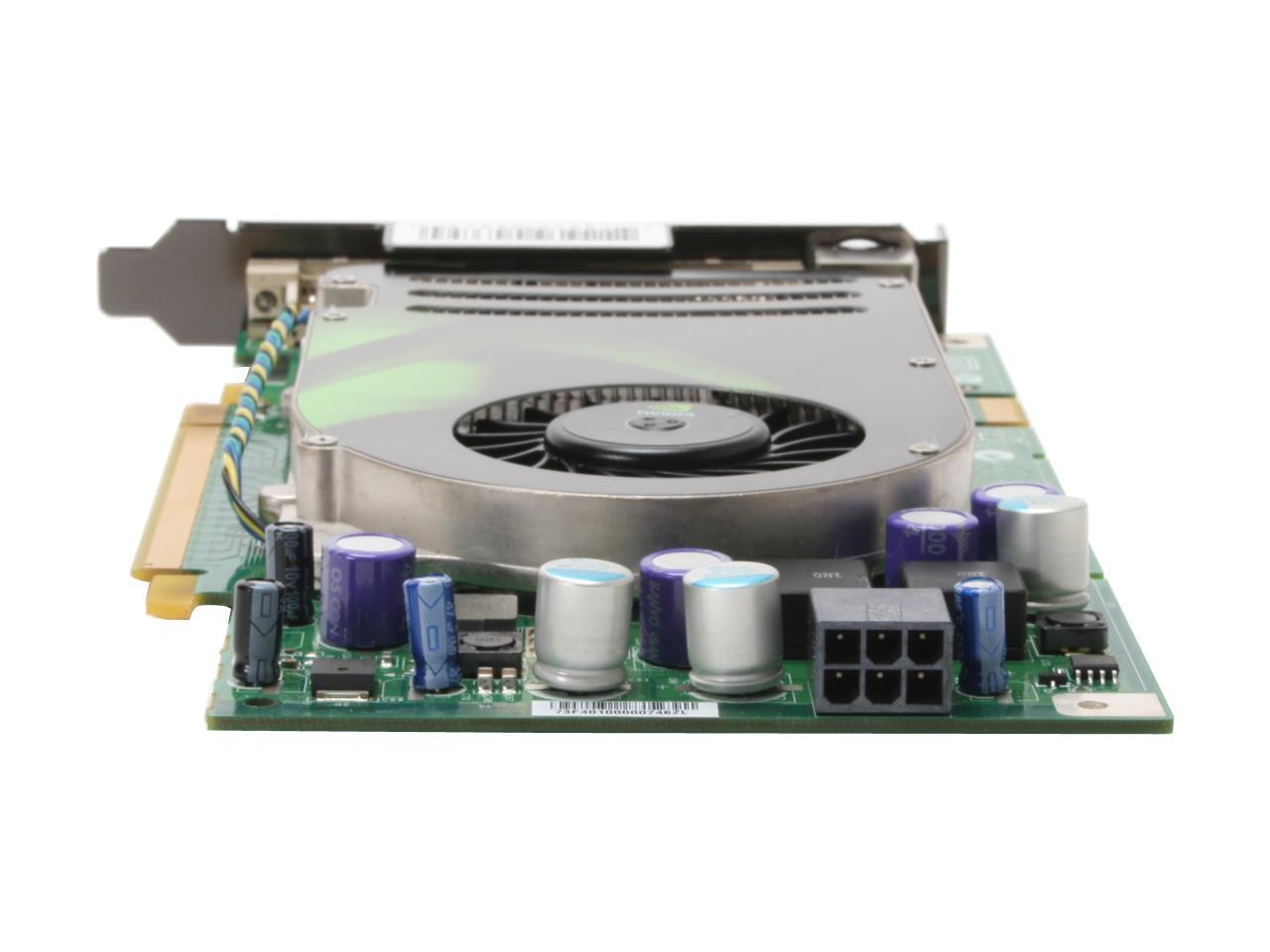 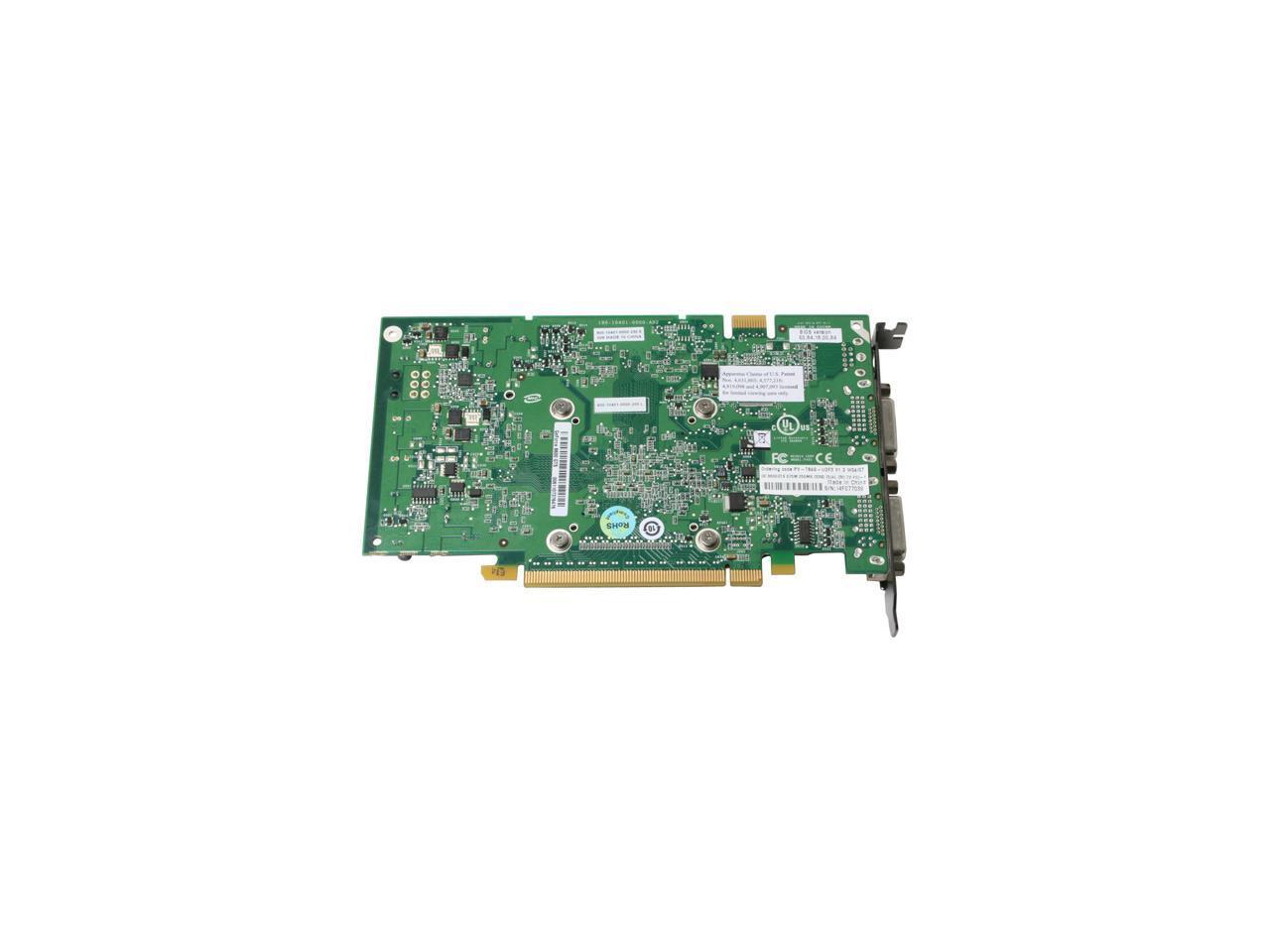 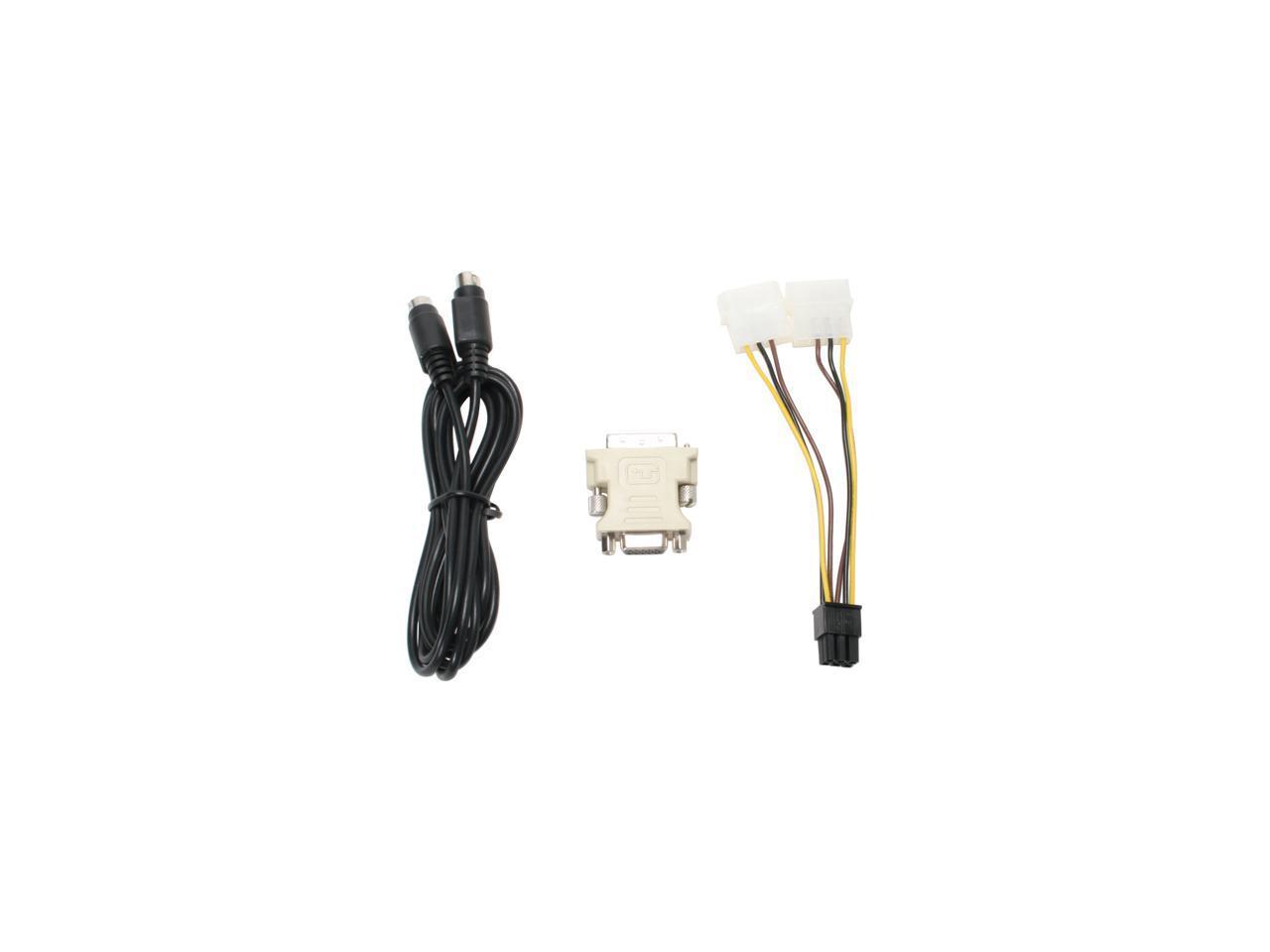 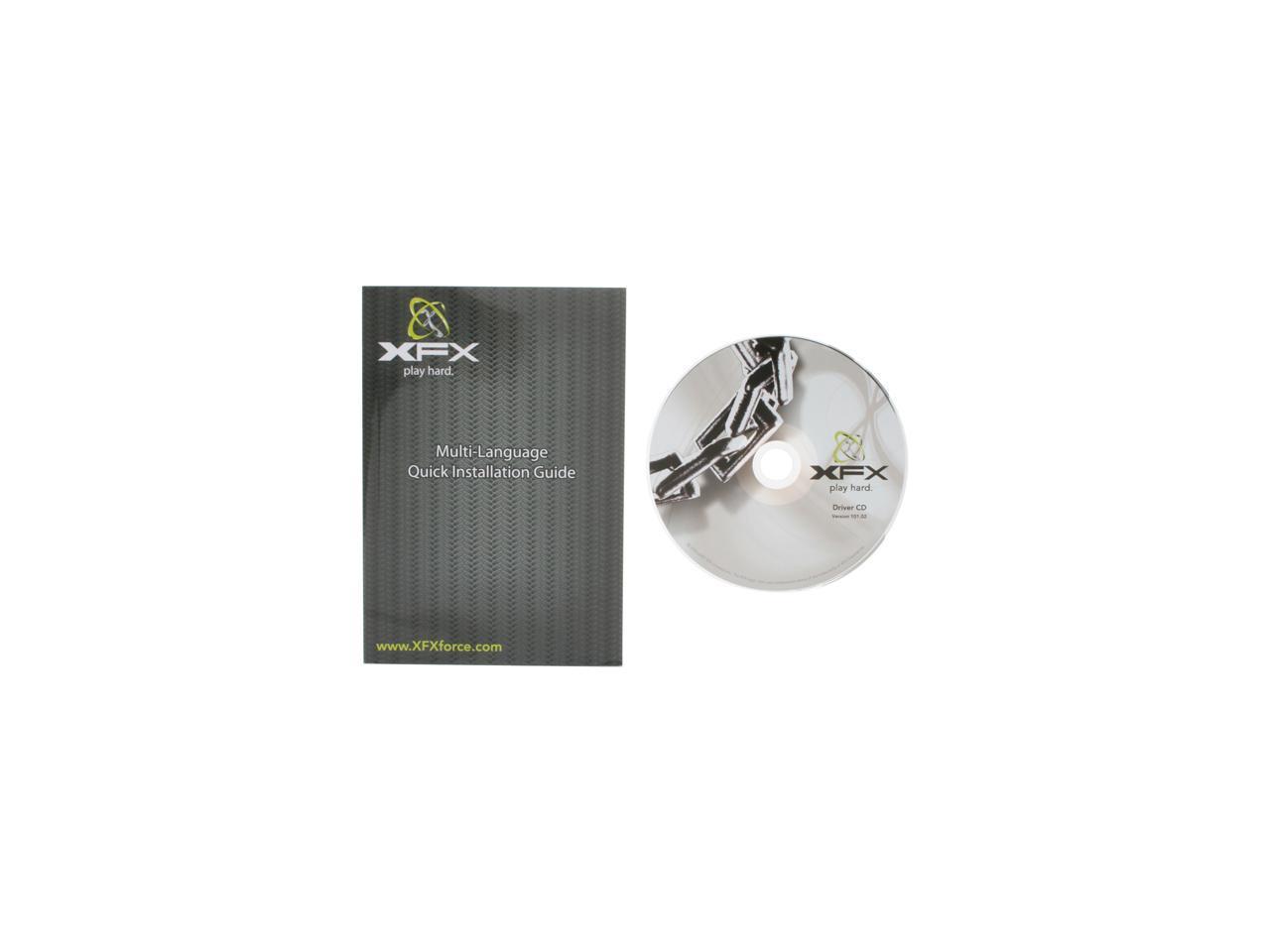 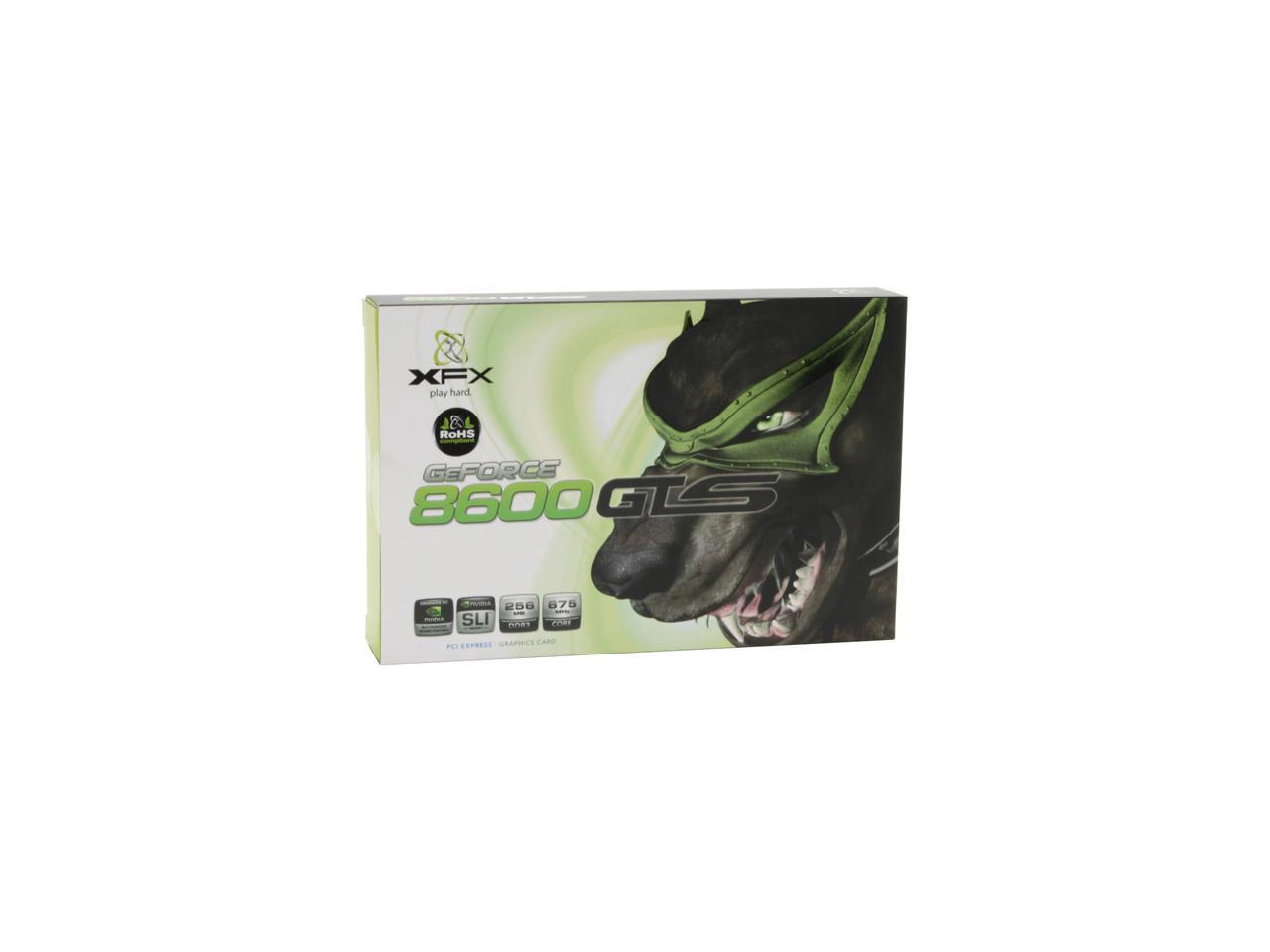 Learn more about the XFX PVT84GUDF3

Pros: This card is incredible. I haven't gotten any work done this week because I spent all my time playing Quake4, UT2004 and Doom3, with ALL the video settings cranked to the max. Not a bit of a problem anywhere. The video card gets a performance rating of 5.9(aero)/5.6(gaming) in Vista-64 using the latest available nvidia drivers. Don't bother with the drivers on the cd, download newer from nvidia.

Overall Review: I saw an almost identical card for sale locally at a place that supposedly has the best buys, thanks to newegg for savings in the three-digit range.

Pros: Performs well for the money (OC's like a champ so you can save a few dollars and get this instead of one of the factory-OC'd models), quiet (usually), HDCP for high-def viewing.

Cons: Port on card supports component output but the card only comes with an S-Video cable, makes a strange hissing noise when under certain types of load even if you stop the fan from spinning, no games included in the bundle, nVidia no longer uses separate clock speeds for 2D and 3D so it draws more power than needed when idle, 128-bit memory interface is a bit outdated.

Overall Review: I upgraded to this card from a PNY 6600GT and the difference is phenomenal. I can now play Oblivion at 1680x1050 with the detail cranked pretty high and sustain frame rates in the 20-30 range. The card OC's VERY well so there is little reason to buy one of the factory-OC'd cards, particularly since this card currently has a mail-in rebate. The only other thing worth mentioning is that my card seems to make a strange hissing sound when under heavy load (not really noticeable unless the case is open). It's not the fan because I've stopped it with my finger and it still does it.

Cons: wish i had enough money to get another one to run sli.

Overall Review: always download the newest driver from the nvidia site. 158.18 on cd is good but 158.19 has more features enabled and bugs are fixed. newegg.com has the fastest shipping! every time i order, stuff is in my hands within 48 hours!!!

Pros: Well lets start out by saying This is a Nice card' I play COD2 and get an average of 70fsp online. Full Graphics 1024x764. It plays all the New Games pretty well, Not Great. But well.Ive heard these cards run hot and loud..mine runs about 53C and in gaming it goes into the 60C's..and cant hear it over my 80mm Fan.. It plays the Cyrsis Demo..on Full Graphics about 15FSP..so it is possible that this Card can Run it. If you what an amazing Card..with all the bell and whistles and your a hardcore gamer..Spend the extra cash and get a 8800GT..But if your like me..and do mild gaming and just need a little boost to play some new games than this is your card..Great for the money..Big Change form my XfX 5200..

Overall Review: Nice Card, Worth the money, Nice Design, Not to big, and Runs like a champ. Easy to Over Clock

Pros: Price and fabulous looks when stood up in a PC. The XFX logo on the top of the card turns heads.

Cons: Didn't work with my LG L245W 24" LCD widescreen monitor. When in DVI mode, for all resolutions except 1024x768, half the screen is cut off. This results in an inability to click on the start button in Windows (and obviously very severe usability problems). I might be the one in a million who ran into this compatibility problem, but displaying 2D is pretty basic and I never had any problems with this monitor on my 4-year-old Radeon 9800 or a replacement card that also has the GeForce 8600GTS GPU. Not a big price difference but not worth the RMA hassle (as well as eating the savings on a combo deal)

Overall Review: If you don't want to spend Big Bucks for the 8800's I would Highly recomend XFX8600GTS. I may even get the SLI mother board and another XFX8600GTS in the future.

Pros: Great graphics for the price. Drives multiple monitors at high quality with two dual-link DVI. No problems with Vista 32bit and 64bit.

Cons: Occasionally, the fan will get very loud, but that's a minor quibble. Won't play the latest games at the >highest< quality, but they should still be playable.