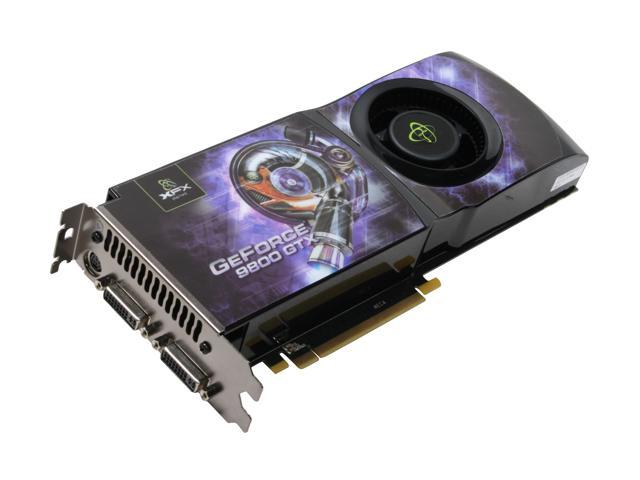 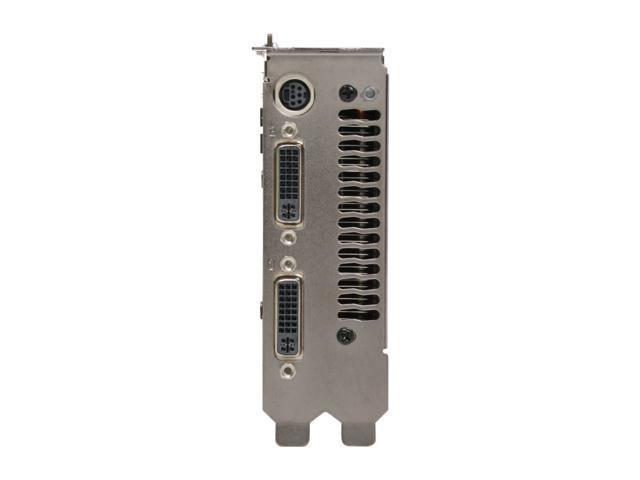 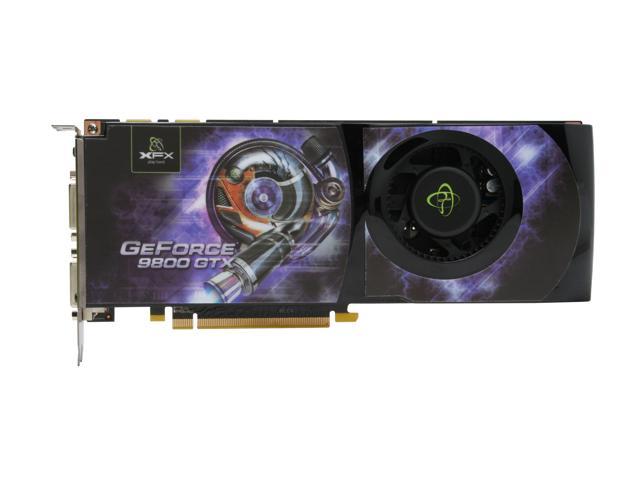 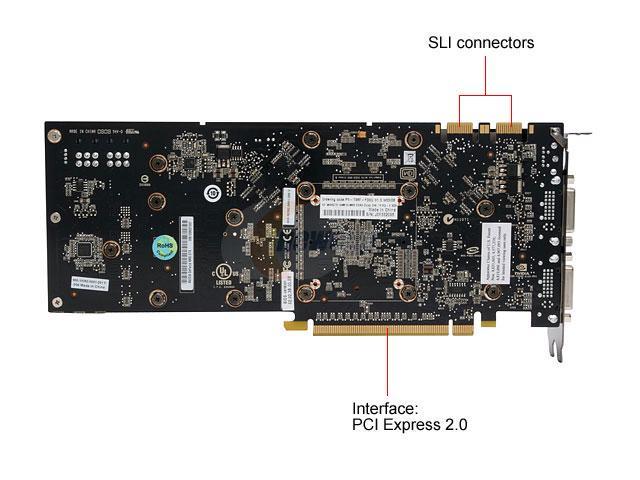 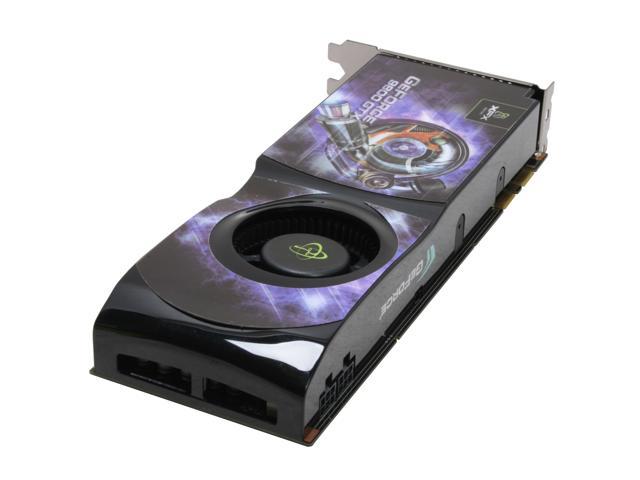 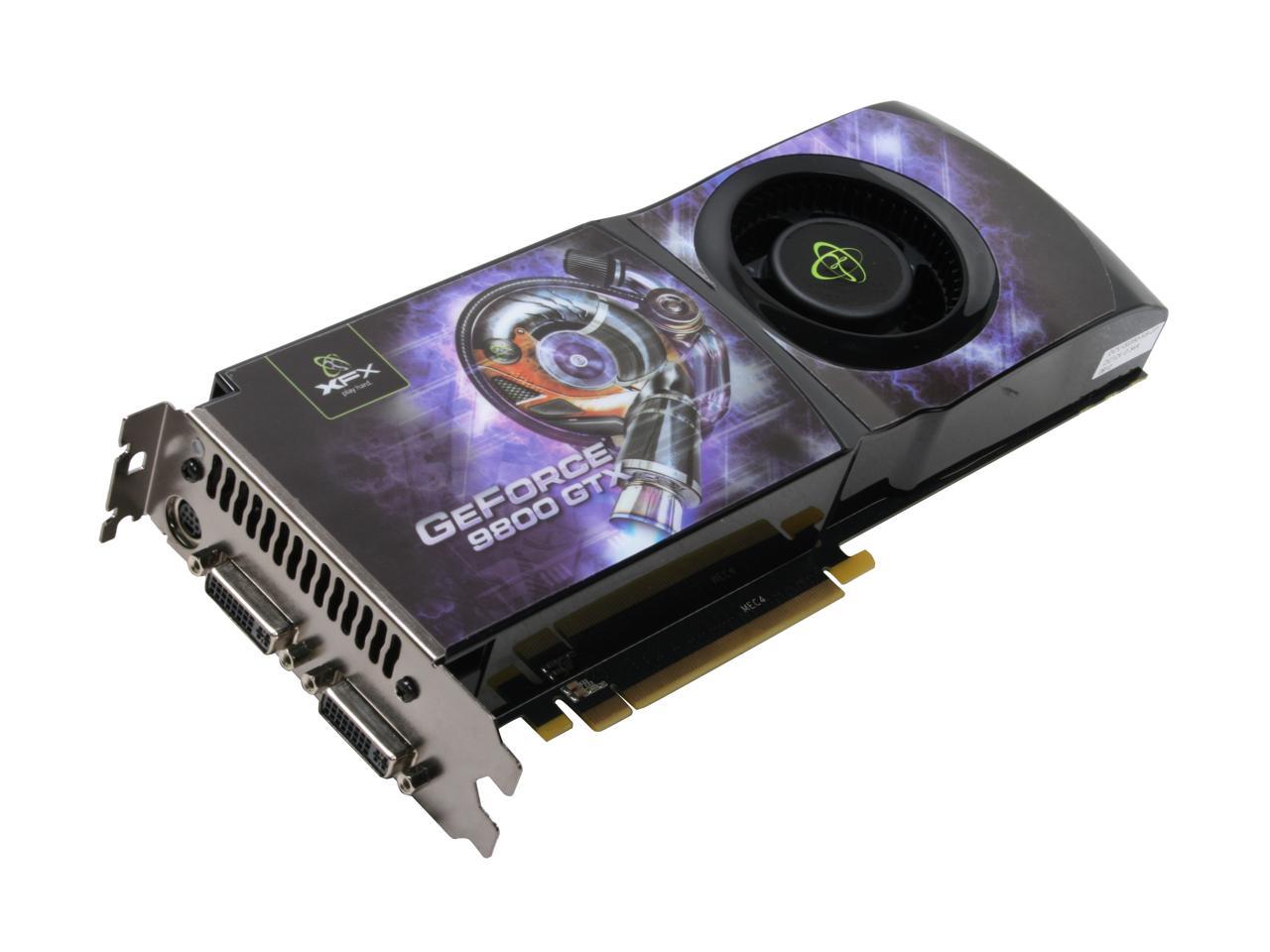 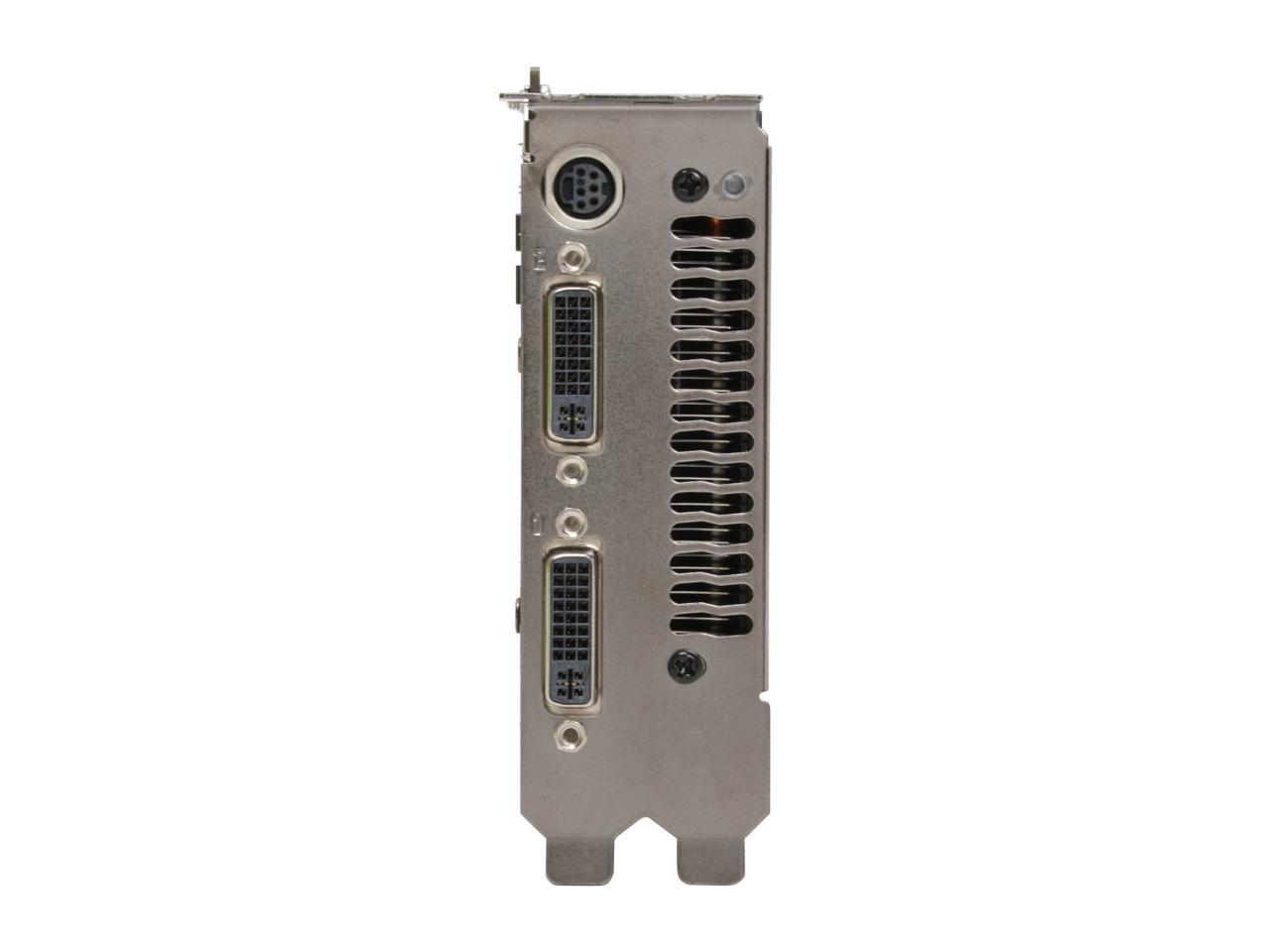 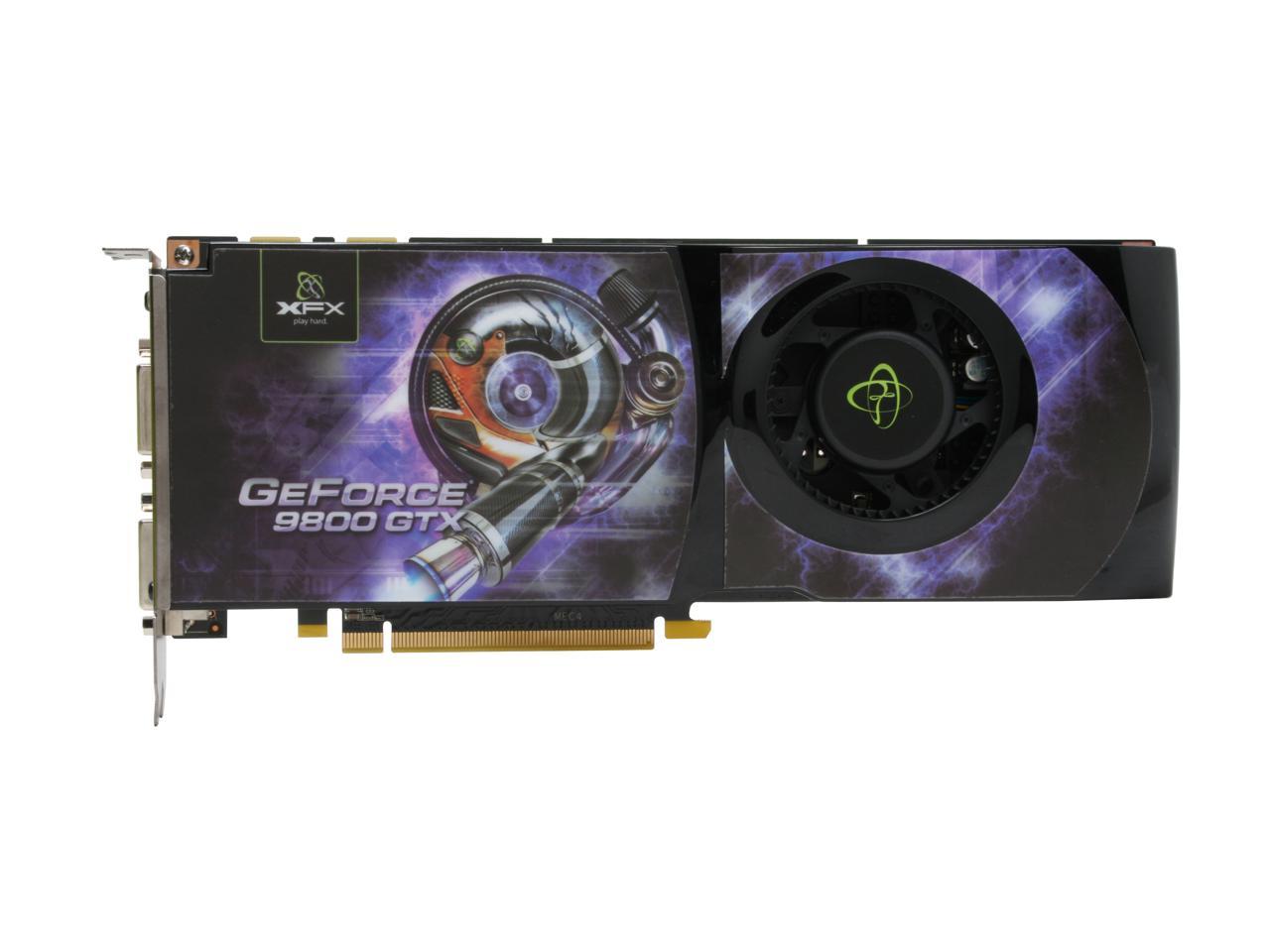 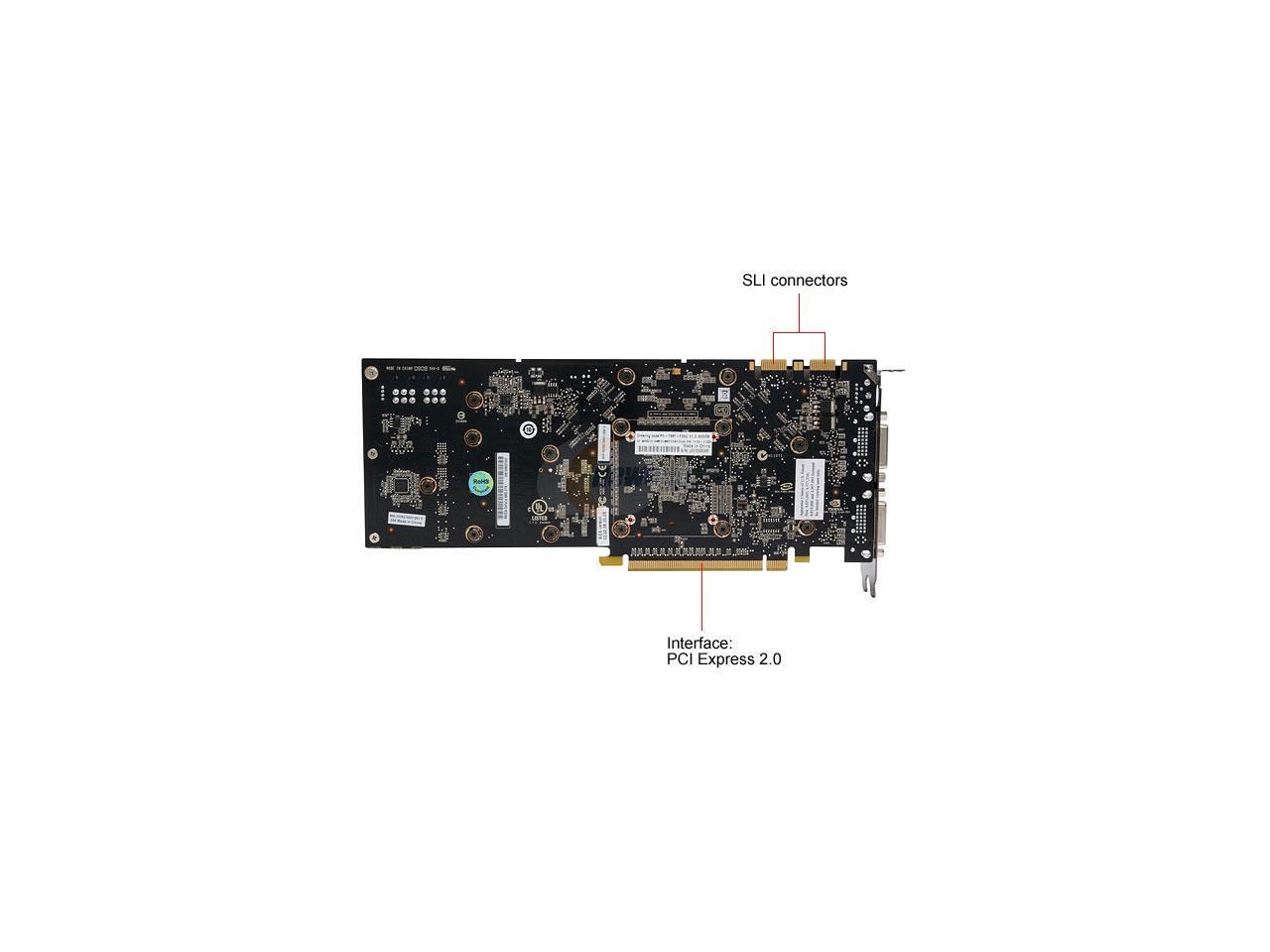 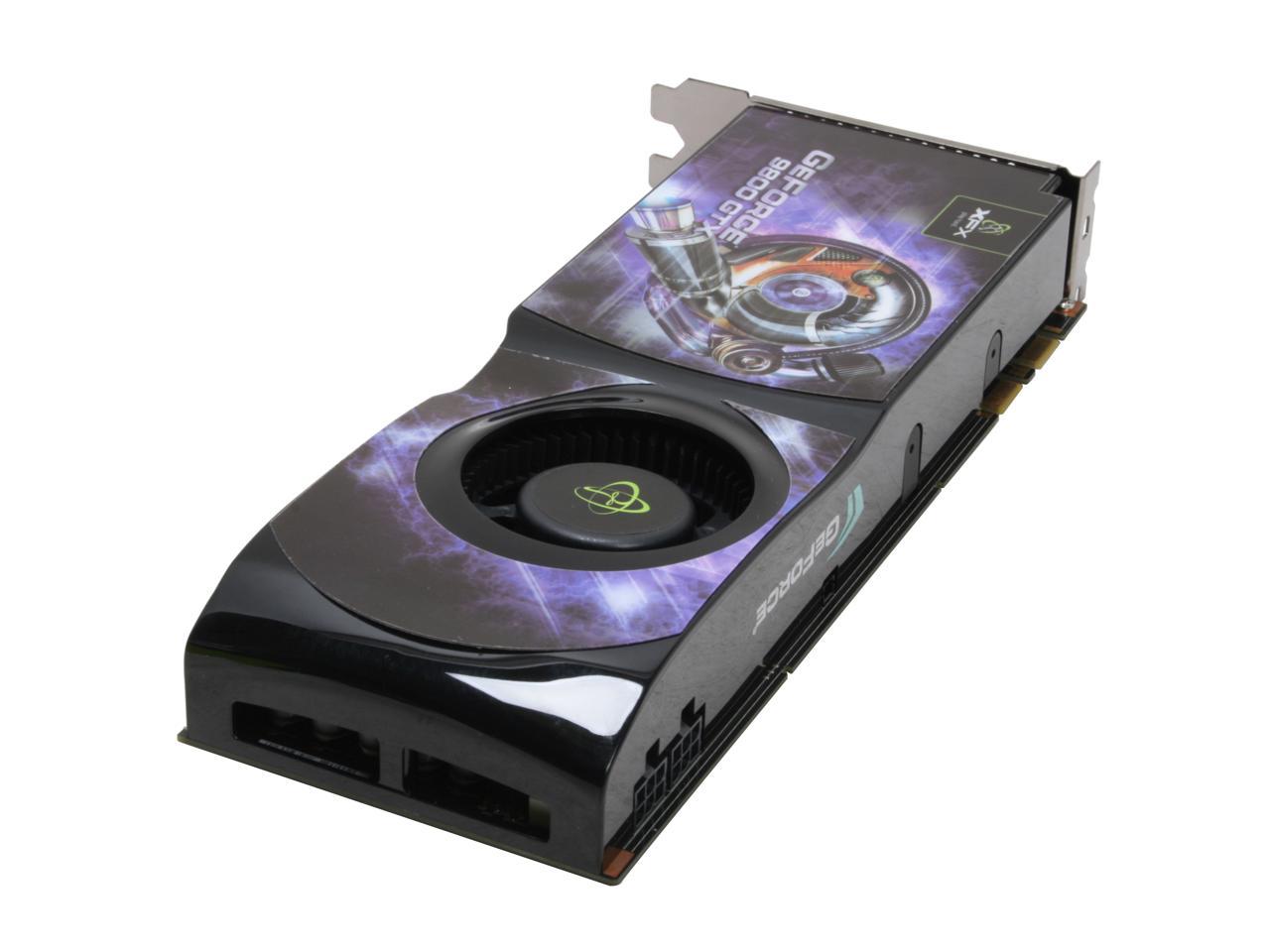 Learn more about the XFX PVT98FYDDU

Cons: Its much bigger than the 8800gt. I almost return the card when it didn't fit in my Antec 900 case. I decided to reroute all my wires and move my harddrive down the case. I was able to fit the card in my case and everything looks neater. Make sure your Mid tower can take it before buying. The box said that the card is meant for a full tower.

Pros: I have yet to really put a lot of stress on the card, but so far it runs WOW like nothing on any setting i want at a good 60 Frames at 1360x768(its on my HDTV that's why its at weird resolutions). Runs kind of hot but the temperature never goes above 64 Celsius so far. need to test it out on more games.

Cons: This should not be a con at all, but the card is HUGE!! I had to throw out one of my HD's to get this bad boy to fit. For anyone who is looking to buy this card n u have a mid tower be prepared to move and modify a lot of different things. The drivers i downloaded from nvidia seemed to not work at all for this card, i tried it twice. I am very disappointed with nvidia i usually always use there drivers over the companies drivers install disc. This time around i had to use the CD's drivers that came with the card for the first time ever. I almost thought it was the GPU, but time will tell since the card has only been running for a few hours now with XFX's drivers installed. I hope its not the GPU itself i would not want to RMA it back. But i doubt it.

Overall Review: I went from a Geforce 6600GT 128mb's to this, and i must say i am quite impressed. Though i am probably bottle necking my cpu, this is just temporary till i get my new build up any running. I also had to take out a sort of retention plastic thing inside my case, its so u don't have to use screws, i had to take it out in order for my the card itself to fit. no biggy though. Spec's: AMD athlon 64 3500+ 2.2GHZ Venice core, Corsair DDR 3200 2GB's, Ultra Infinity 550 watt PSU, Lite-On DVDRW, Sound Blaster X-FI.

Pros: This card is absolutely amazing. It runs games better than most cards on the market right now. It came with many accessories (including HDMI adapter), and a few PCI-E power connector converters. I would definitely recommend this others, especially since its core clock is overclocked to 740 Mhz vs. standard 675 Mhz.

Overall Review: Beware, this card is HUGE. In most ATX midsize cases, it should be okay. However, I would measure just to be double sure. I literally had a 1/4 inch clearance while putting this card in.

Pros: I'm not sure most would consider going from a pair of 8800 GTXs to a pair of 9800 GTXs an upgrade, but from everything I had read it looked like I'd get a small boost in FPS for my favorite title Flight Sim X. My system consist of a 1000 watt PSU, 5 internal hard drives, one external, DVD, 2 GBs of RAM, USB devices galore, a X-Fi and for a CPU an E8500 (and probably a couple of other things I've forgotten about). My point is, all of this, along with the graphic cards, takes juice. With a pair of 8800 GTXs, I could easily OC my system to 3.6 GHz stable and could OC up to 4.0 GHz, that would run stuff but would always wind up crashing. I could never figure out how all these guys could crank up past 4.0 and stay stable. Dropping in the 9800s made a huge difference in the power consumption and although the cards themselves aren't that much faster than the old 88s the ability to increase my OC of the E8500 to a stable 4.31 GHz was very much worth the swap!

Overall Review: Don't forget to figure in your power consumption when tweaking your system for more FPS. When I purchased my PSU two years ago I thought I had juices to spare. Obviously over the past 24 months I've slowly used up that extra power to where my system was power starved, not by much, but going hungry non-the-less. Looks like my next purchase is a 1200 watt power supply that may or may not last me another two years :-)

Pros: Upgraded from two 8600GTS's in SLI and all i can say is WoW! Crysis Very high, playable! any other game well obvious.

Cons: none other then the price drop not 6hrs after purchase.

Pros: Best card for your money. Looks great, even though you cant see anything but the back of it once you put it in, packaged is nice, performs exceptionally well.

Cons: Too big to fit inside some SLI approved cases without twisting and turning it sideways. Needs a lot of memory to run at optimum performance. What very little air the fans move is very hot. I have 2 78cfm fans velcro-ed to the side the 2 cards and one kaze 133cfm fan mounted inside the case blowing directly on them to keep them at around 165-175 degrees F while running crysis

Pros: I bought one of these about two months ago and I couldn't be any happier with it. I run crysis warhead at all enthusiastic settings with anti aliasing x2 and get a steady framerate of 30 fps.

Cons: the first one of these i got was a faulty card. Thats about the only negative thing i could think of. but i returned it for another and now it works great =]

Overall Review: Dont think twice about buying this card, you wont regret it.